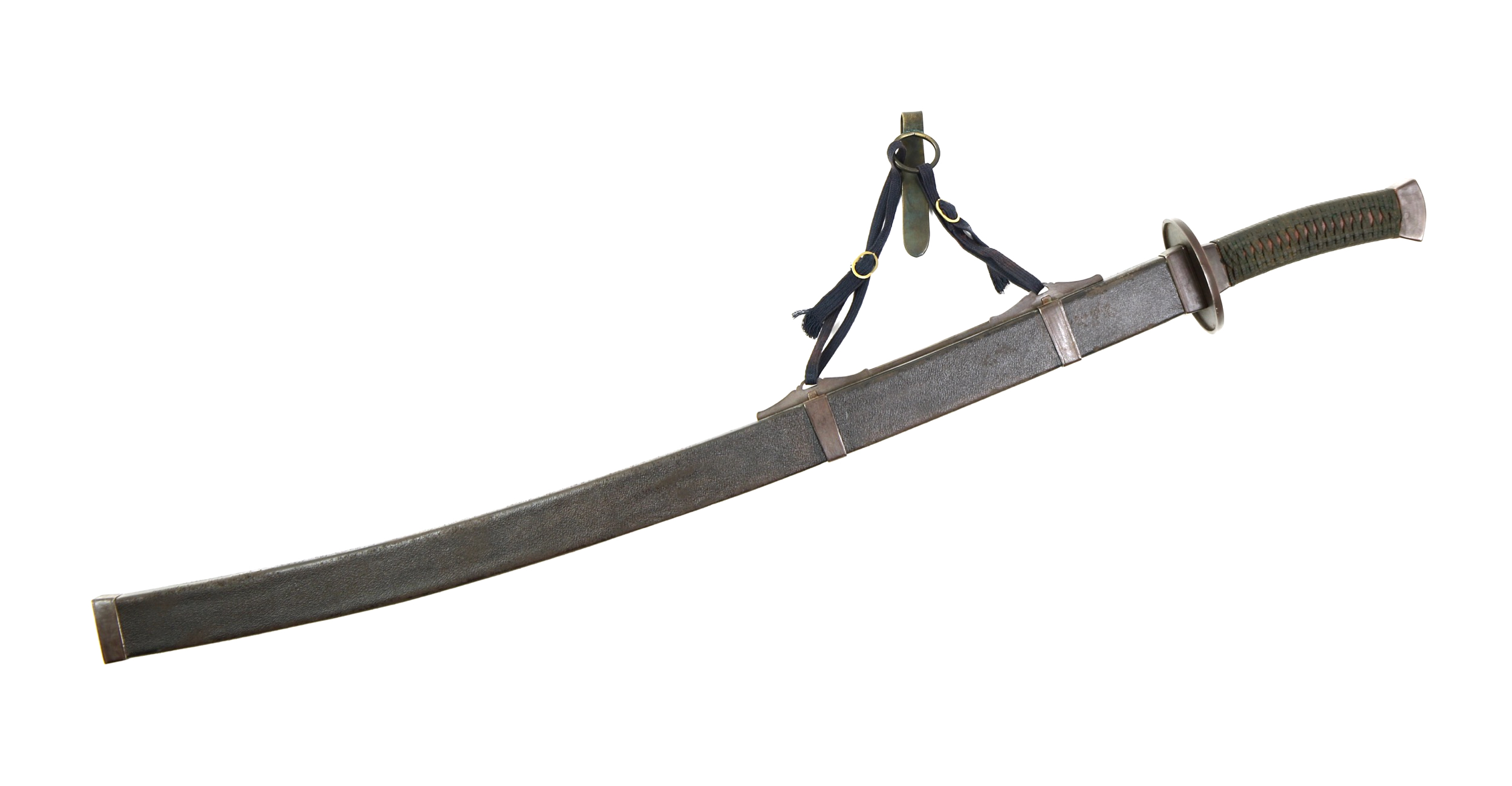 During the Great Leap Forward from 1958 to 1961 people were required to make steel out of scrap metal in backyard furnaces. Any and all metal was to be melted in an attempt to produce industrial steel. Most antique swords that survived in China are found stripped bare of their mounts, probably preparation of being melted but narrowly escaping such a fate.

The following piece was a project to make a fine, early Chinese saber blade whole again. The blade came from Philip Tom who collaborated with Vince Evans to make the mountings.

The blade is a late Ming to possibly early Qing cavalry pèidāo (佩刀). It has a slender profile, with an accelerated curve towards the tip, which is typical for Ming to early Qing sabers. It has a ridged cross-section, much in the style of Japanese swords but without the kissaki that is so characteristic for Japanese work. Among Chinese collectors, this type is sometimes called Qījiādāo (戚家刀) after Qi Jiguang who preferred swords with this cross-section for his troops.

The forging is purely Chinese. Where Japanese swords tend to have a high carbon steel outer casing which serves as a canvas for the smith to show off his skills in heat treatment in the form of a hamon, Chinese swords tend to be built with a high carbon plate in the center, flanked by lower carbon sides. Both result in a sword with a very hard edge with tougher supporting steel. The Japanese method lends beauty to its exterior, but excessive polishing can wear through its high-carbon steel outer casing and render the blade tired. The Chinese method, with the high-carbon core steel in the center, can take somewhat more polishing and sharpening before it is adversely affected.

The blade's surface has a subtle wood grain pattern with small pores that subtly follow the layering, signs of the use of traditional straw ash flux. Looking along the edge of this piece, signs of a differential heat treatment can still be seen on and just above the high-carbon plate exposed at the edge. The appearance of the steel is typical for Southern Chinese work.

The polish was done by Philip Tom. The blade retains a number of minor chips off the edge, reminding of the days of active service. The base of the blade was notched, designed to take a tūnkǒu (刀吞口).

The sword comes in a full set of iron fittings, designed by pioneering Chinese sword expert; Philip Tom, and executed by one of today's top sword makers; Vince Evans.

The style is a boxy fangshi of the early 17th century, which, to me, is one of the most beautiful forms of Chinese sword mounts. Simple, sturdy, understated. The workmanship is excellent, as can be expected from Vince Evans. He also recreated the tūnkǒu, in typical Southern Chinese fashion. The tūnkǒu is made of subtly forge folded steel as seen on some of the better surviving antiques.

The wooden grip and scabbard were made by Philip Tom, the scabbard is still an excellent fit. He covered the scabbard in the black pebble-grained leather that is typically found on early pèidāo like this. (Ray-skin only got widely popular around the middle to late Qing.) The grip wrap was done by Daniel Hu.

I added a suspension system with brass belt hook to complete the saber.

Such iron mounts were traditionally used by officers and higher ranks. The soldier class typically had brass mounts on their sabers, as stipulated by the imperial regulations. 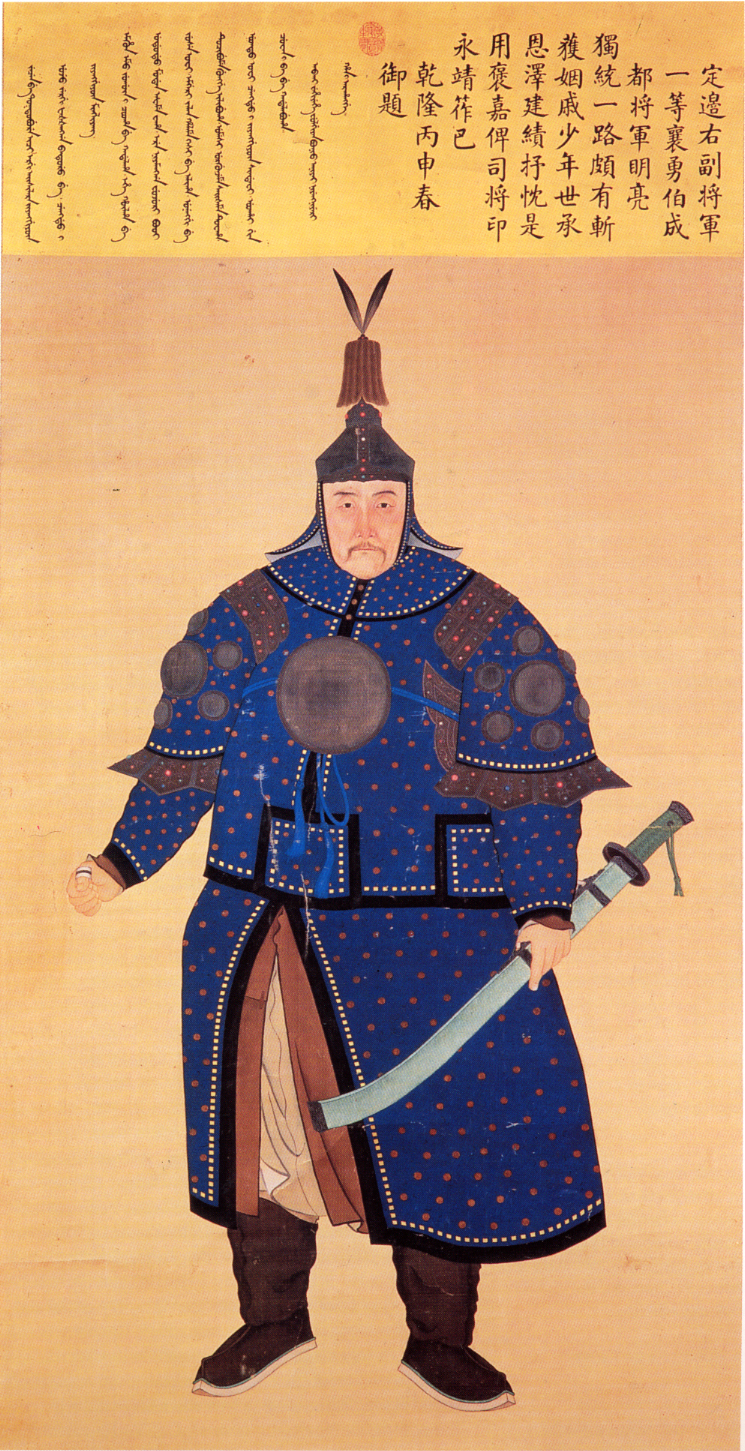 His poem of praise reads:

All by himself he commanded the troops of the one way [the Southern army];
Several times he fought and killed the rebels.

As child of a related [to the emperor] noble family he was awarded hereditary favours.

He showed his sincerity and accumulated merit; this was seen with joy and appreciation.
He was then appointed general of Chengdu and also put in charge of Jinchuan.

His high rank and noble descent entitled him to wear richly gold decorated sabers with semi-precious stones but instead he chose a sturdy iron mounted saber. An exemplary Manchu that was highly praised and awarded by the emperor.

A fine old Chinese saber blade, of a large size and of good quality and condition, rarely seen in today's market. It was refitted in a collaboration of Philip Tom and Vince Evans, combining deep knowledge on Chinese swords with good craftsmanship in iron. The result is a fine ensemble, worthy of the old blade. 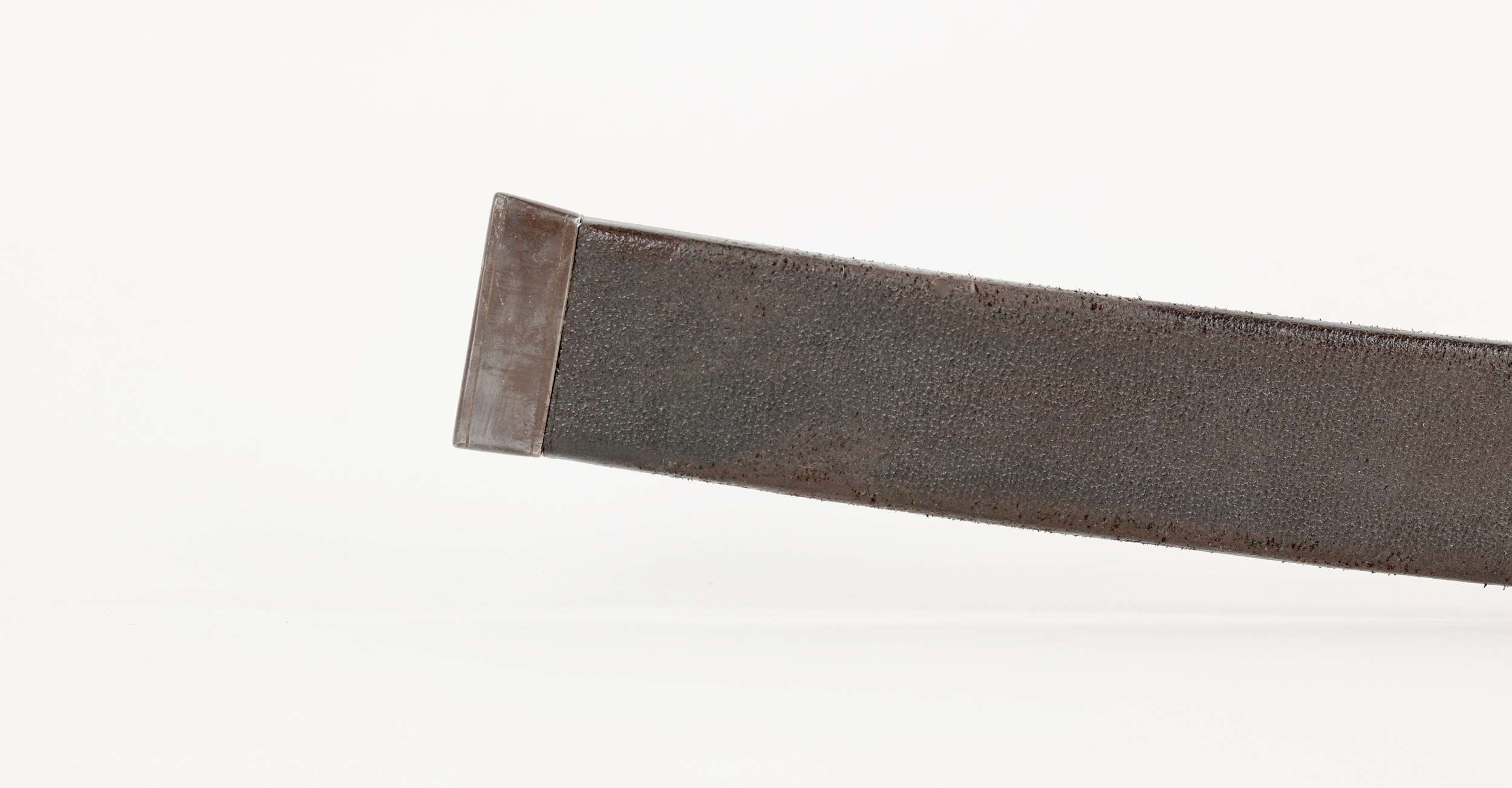 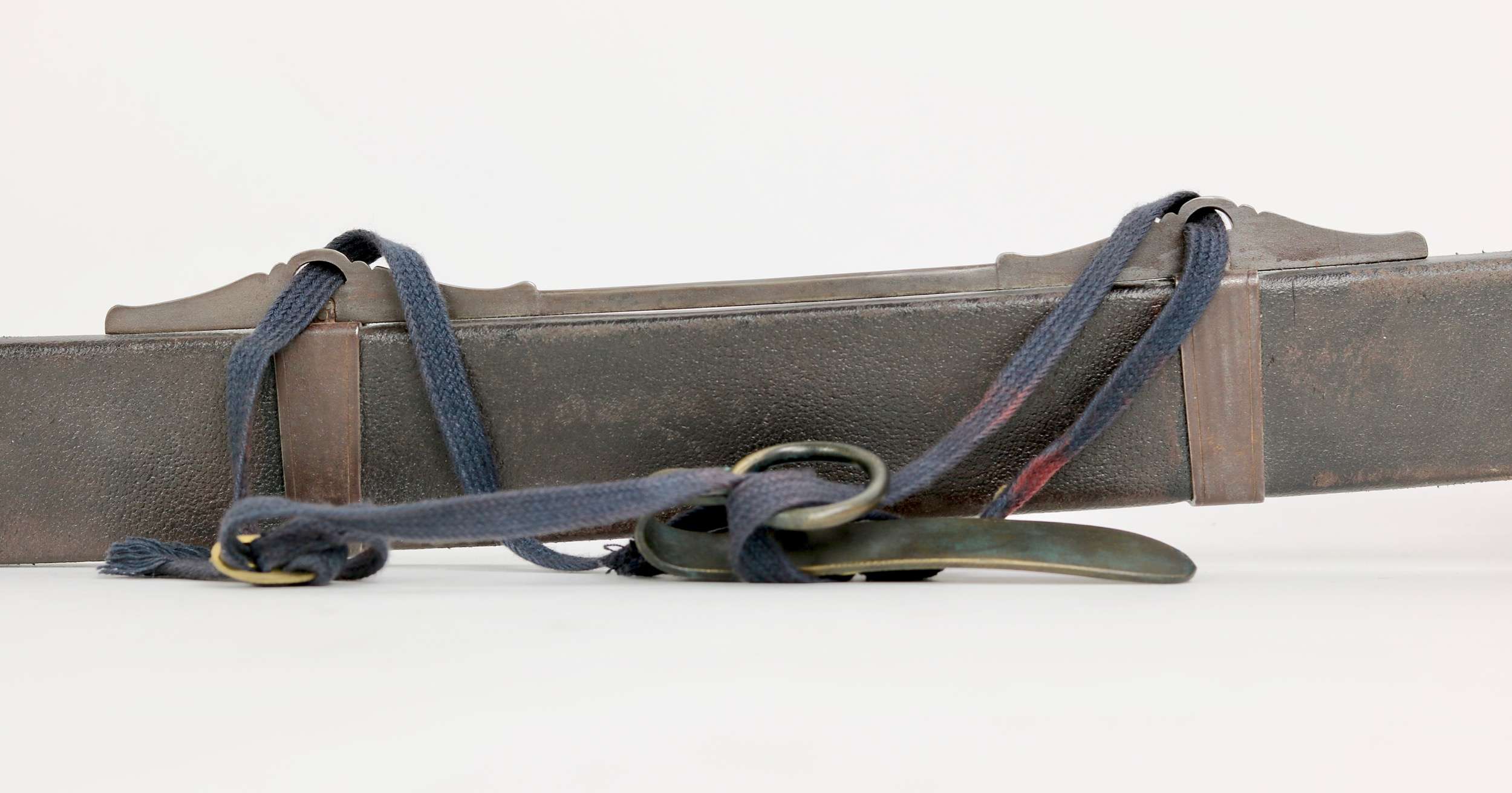 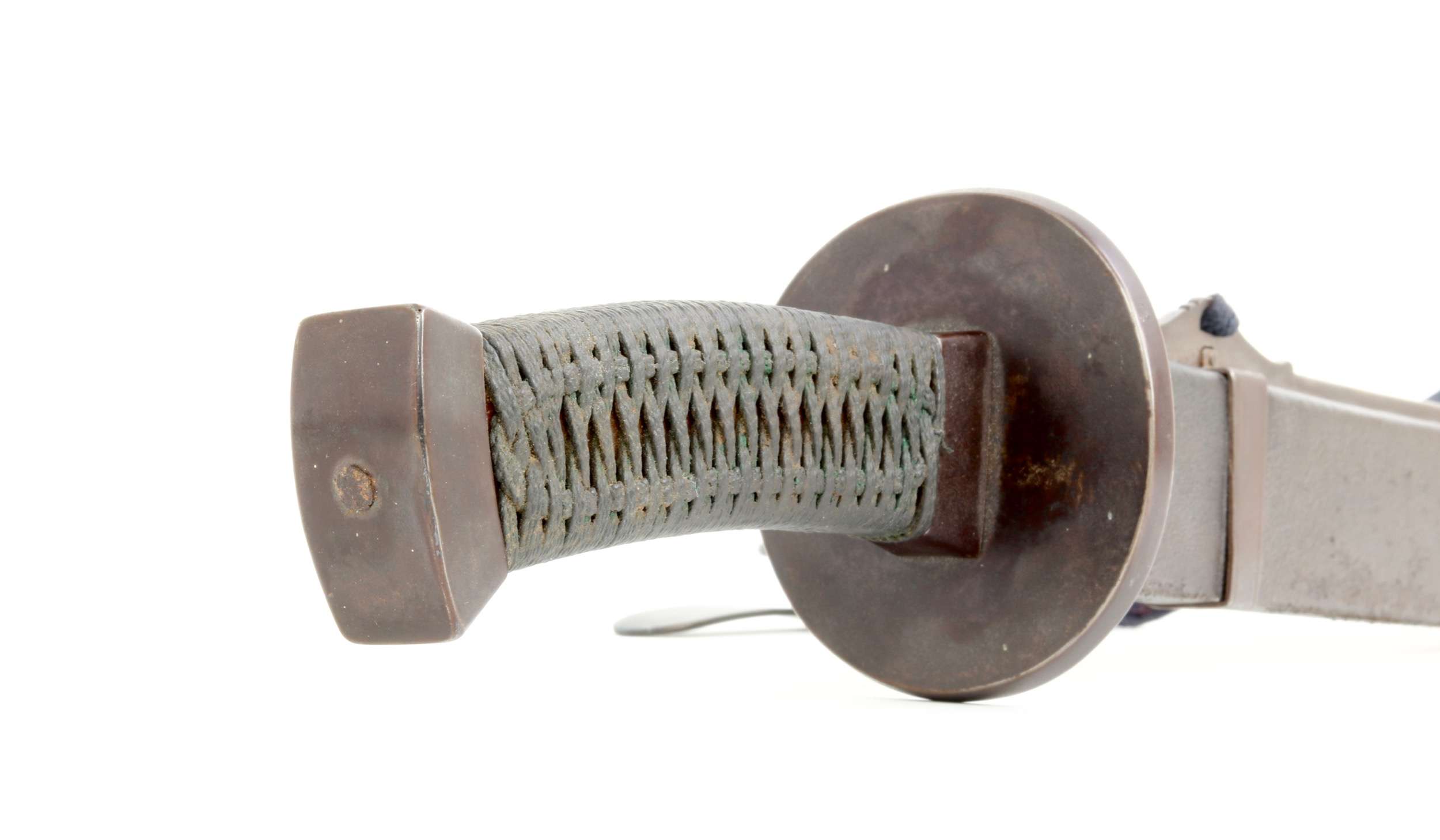 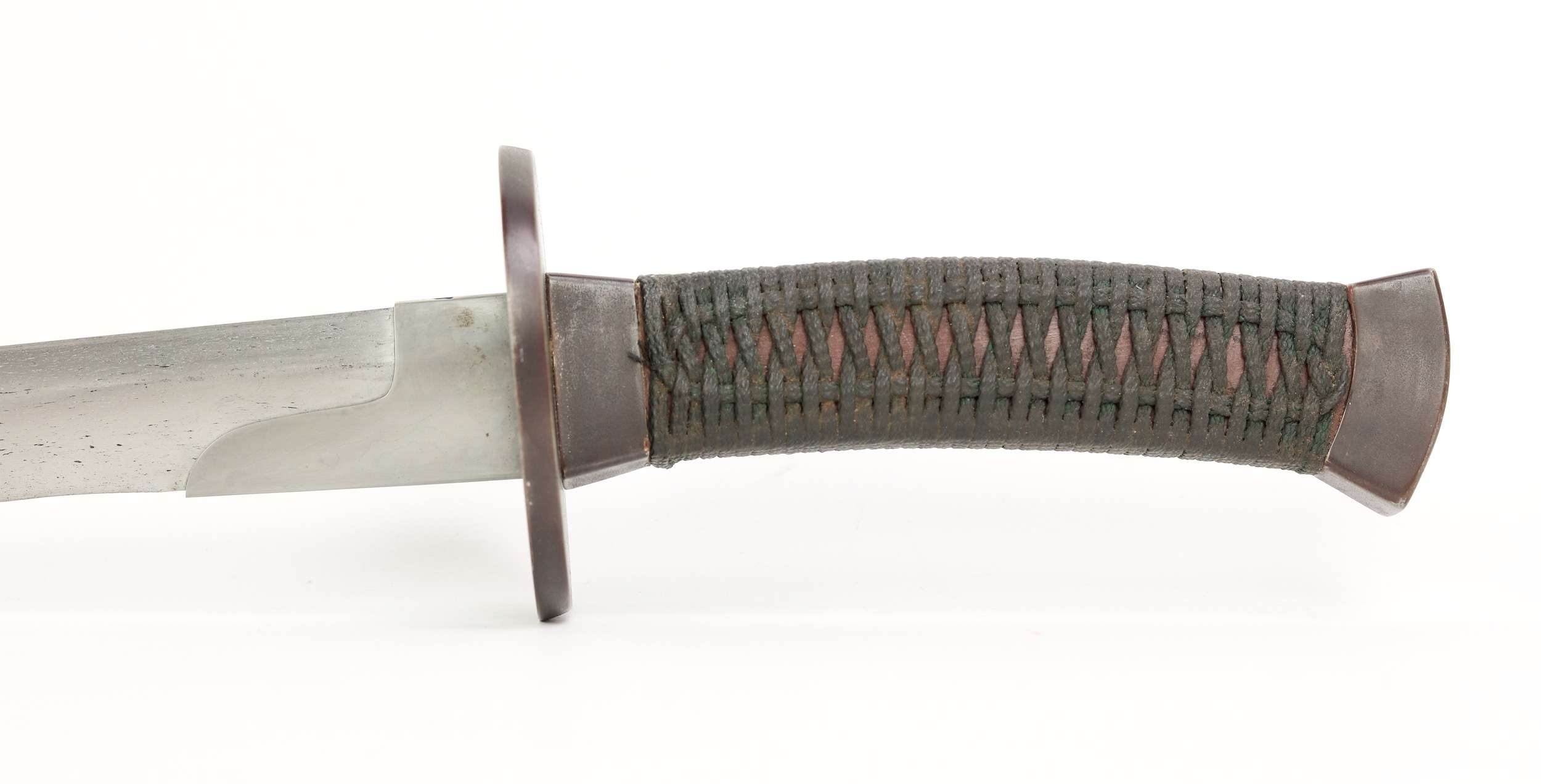 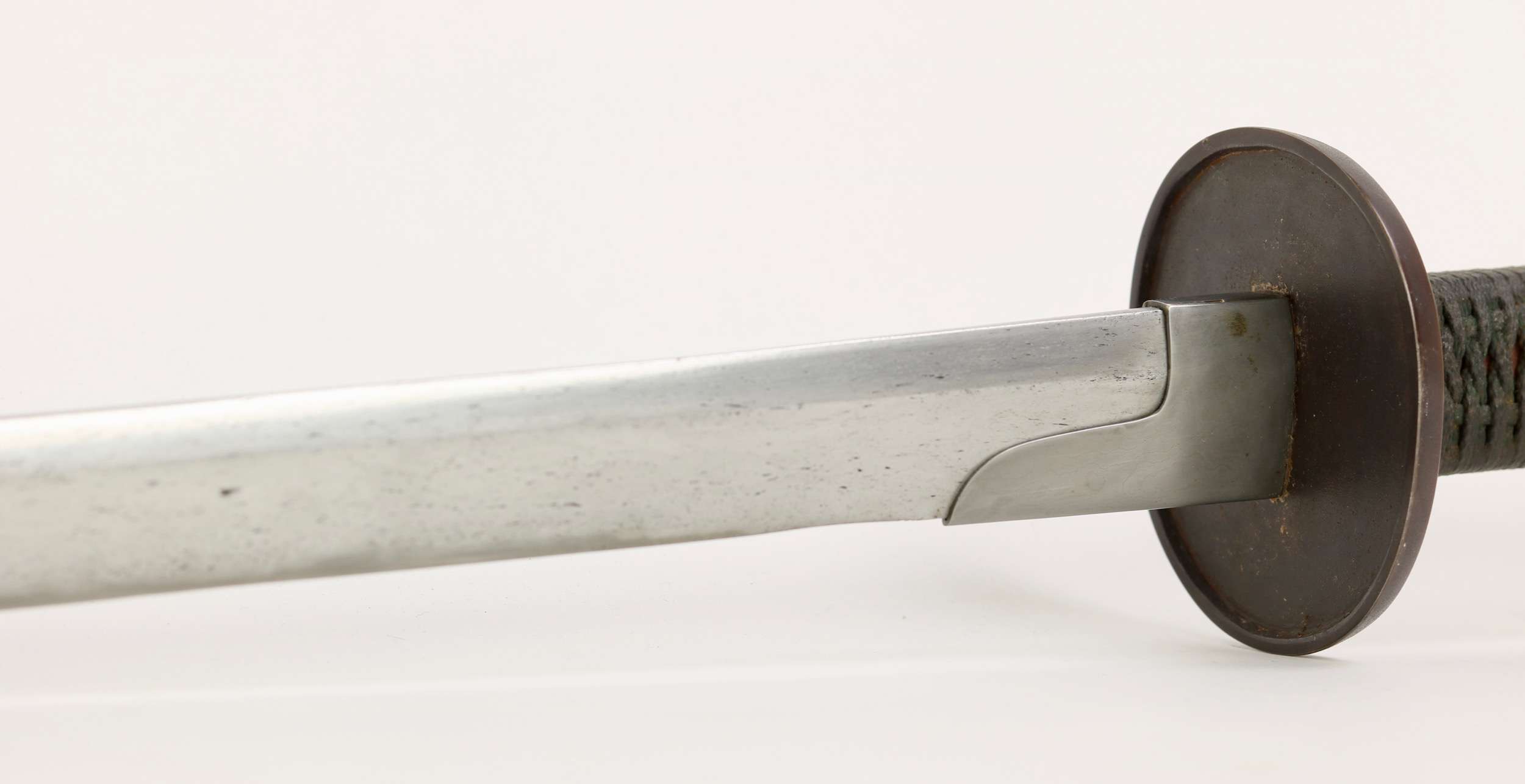 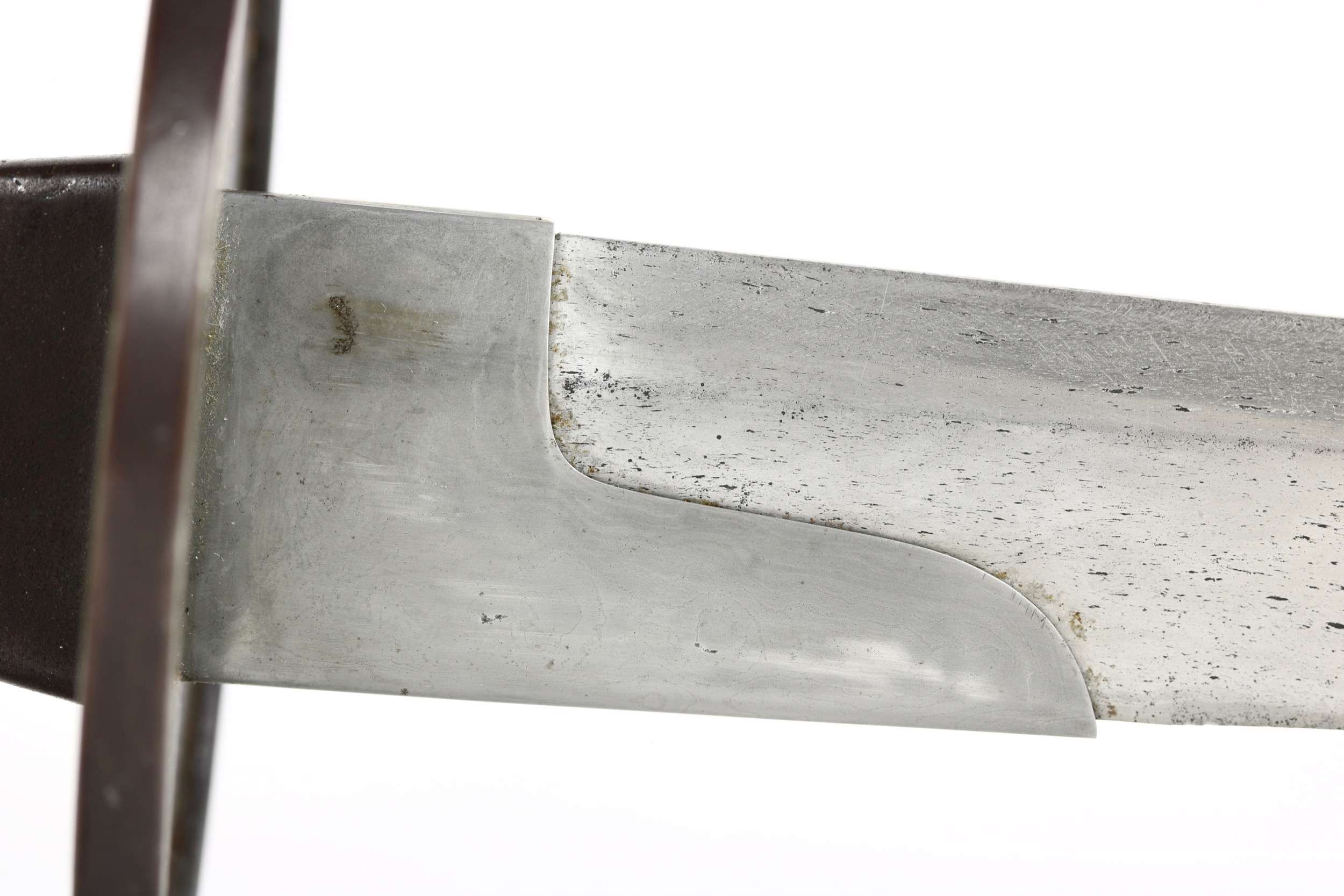