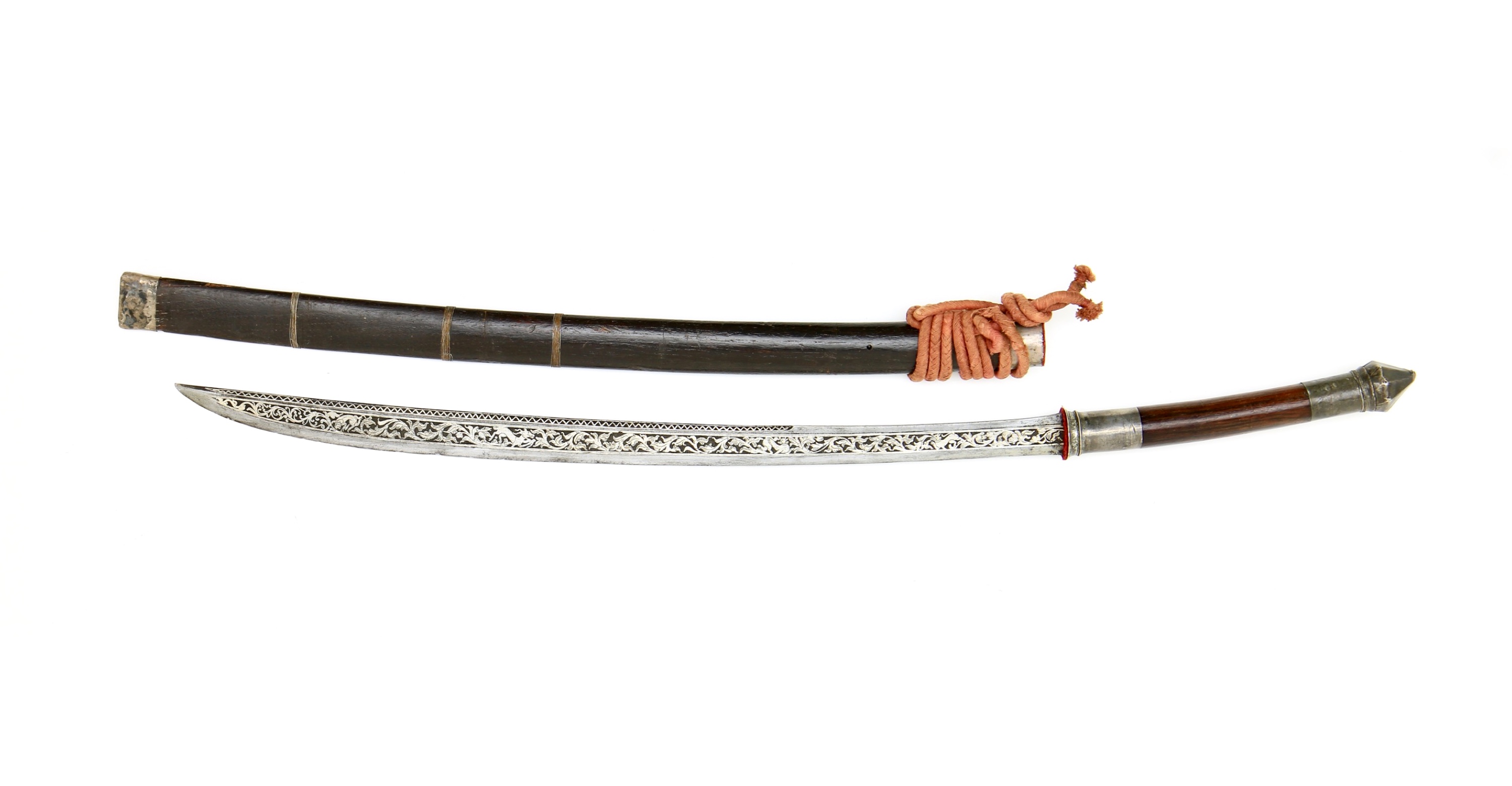 A plain and humble piece when sheathed. Hilt and scabbard both made of plain wood. The scabbard is reinforced with sheet silver mouthpiece and endpiece, and bands of wrapping in silver wire. It retains its original cotton baldric. There is a crack in the silver endpiece.

The hilt is of similar simple make, with a sheet silver ferrule and lotus bud pommel made of folded silver sheet. The wood is flush with the hilt fittings and nicely patinated, indicating it was always plain and never wrapped.

The only thing that betrays some quality at this point are the very subtle decorative bands with braided silver wire near pommel and ferrule.

Pulling the blade out reveals a nice and well-made blade with silver overlays in a style known to be done in Mindan, Yamethin, south of Mandalay.

The blade follows the usual general form of the dha of the Bamar, the Burmese ethnic majority group; A thick spine at the base, but seen on profile it has a slender base that widens gradually towards the tip. It also has the customary long back bevel, reminiscent of the Japanese naginata.

In the center of the blade is a wide hollow panel that is entirely crosshatched and overlaid with silver. The background was then blackened to make the silver designs stand out in sharp contrast.

Blade has areas of edge damage from contact on the last 1/3rd of the blade. See photos. Silver overlay almost 100% intact.

One or more of the tigers could be thaman gja (သမန်းကျား), or "forest tiger". These are also translated as were-tiger because like the werewolf, they were described as shape shifters that could go from a tiger to human form and back. The whole may represent a story from Burmese folklore.

Further embellishment of the blade is found on the back bevel in the form of a wavy line with copper dots on alternating sides, framed by a precisely done border. Floral scrollwork is seen on the base of the spine.

The blade appears made in Mindan, Yamethin. In terms of style and workmanship I would err towards the second half of the 19th century. 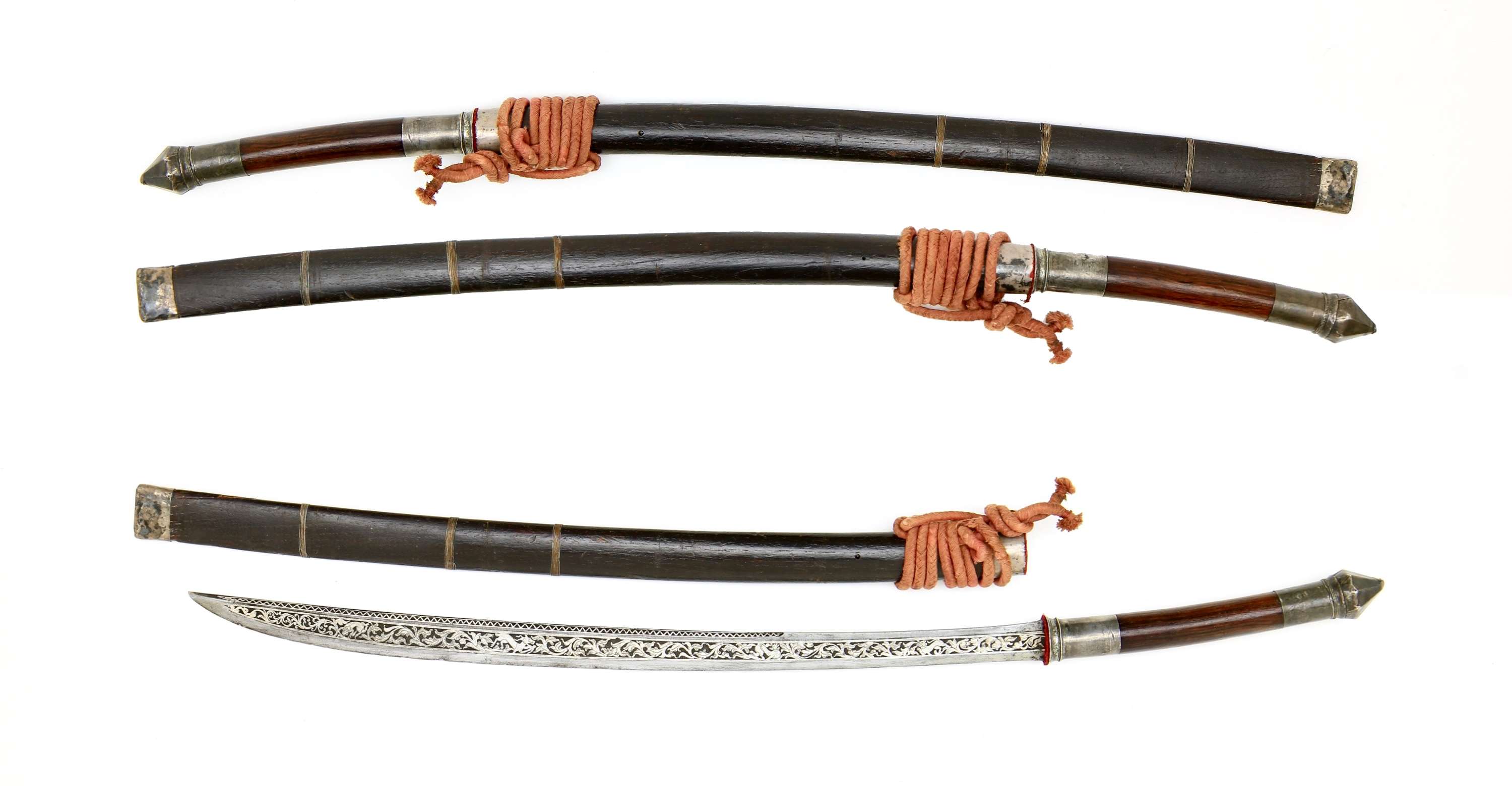 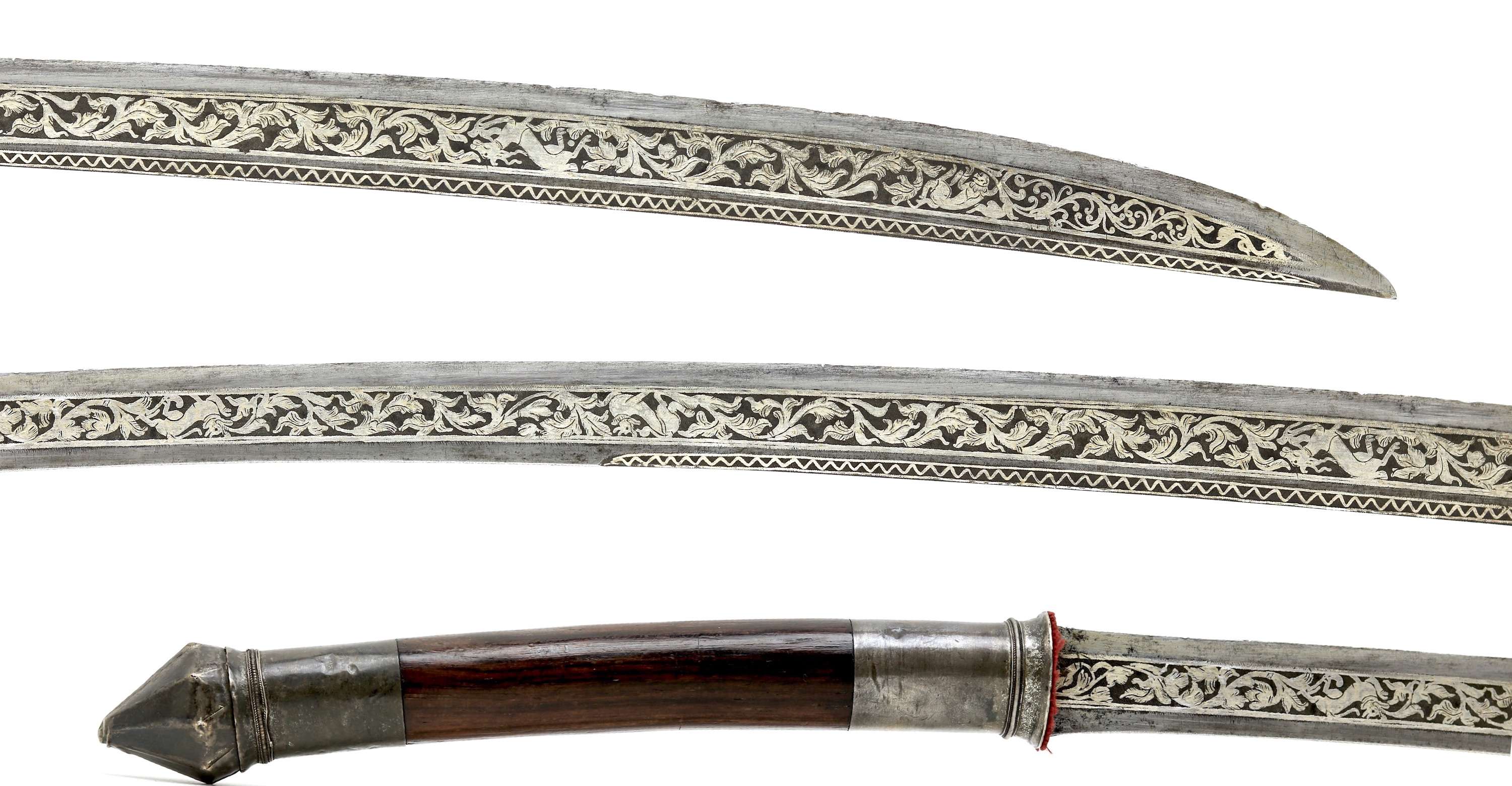 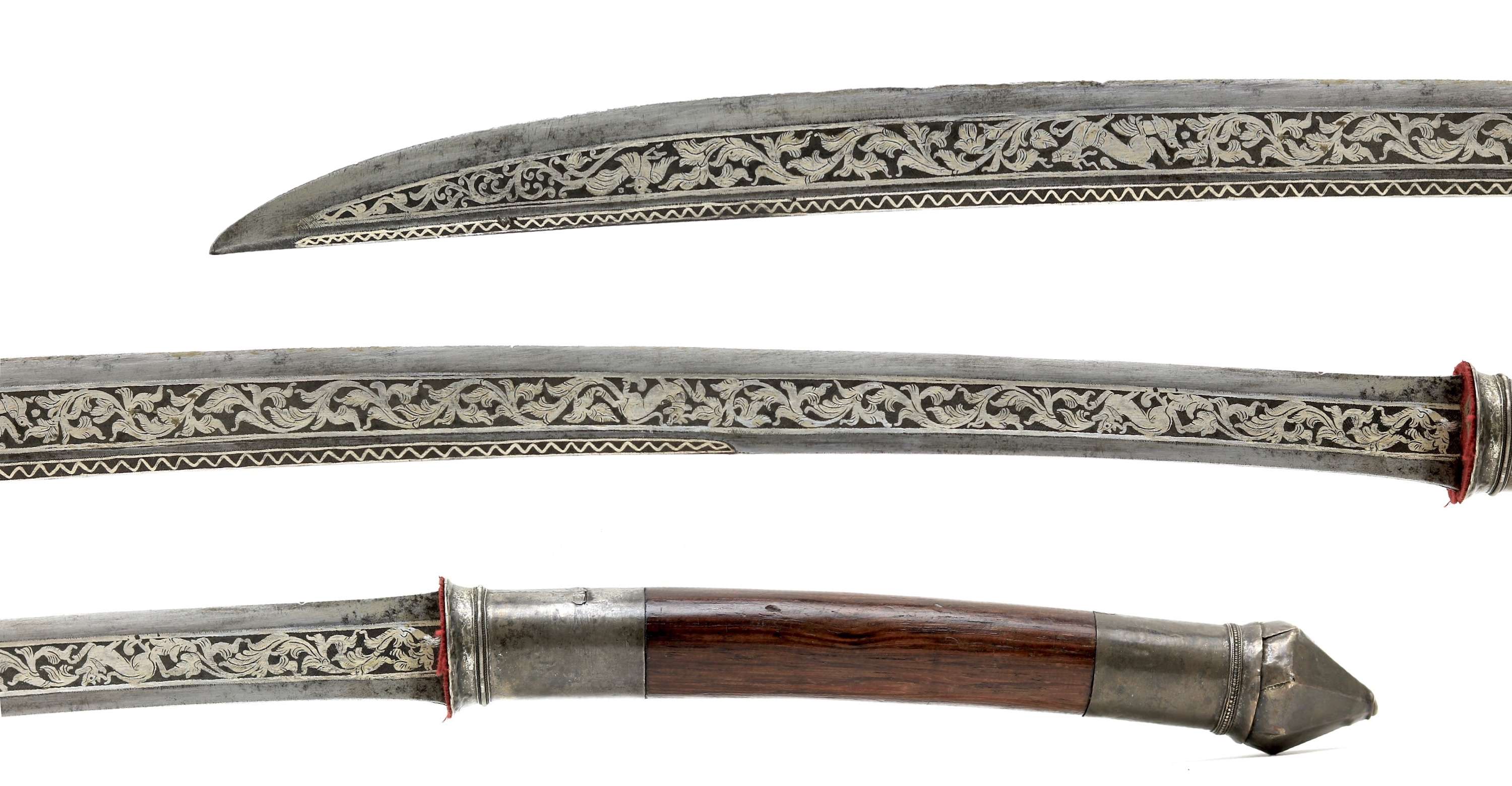 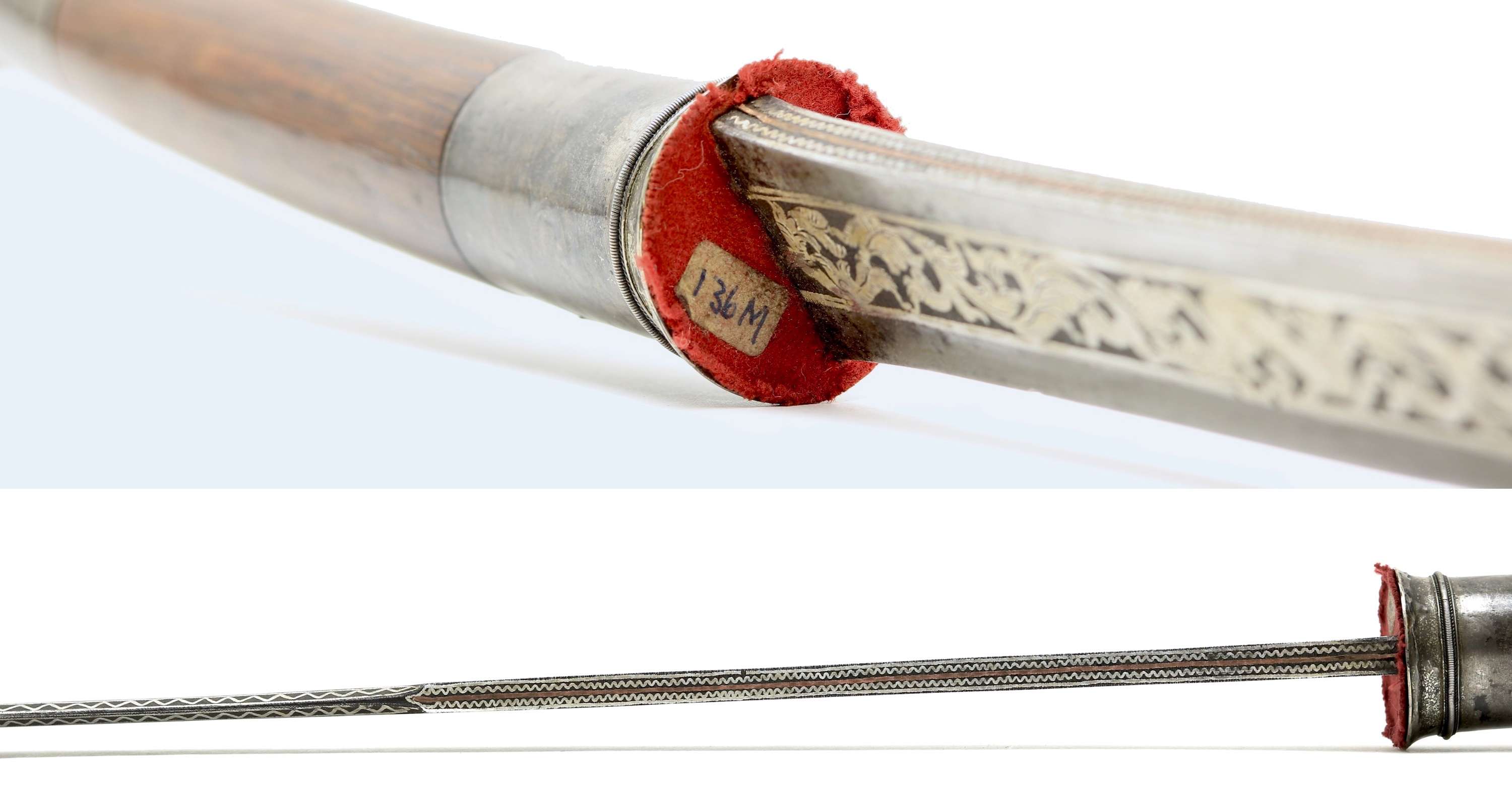 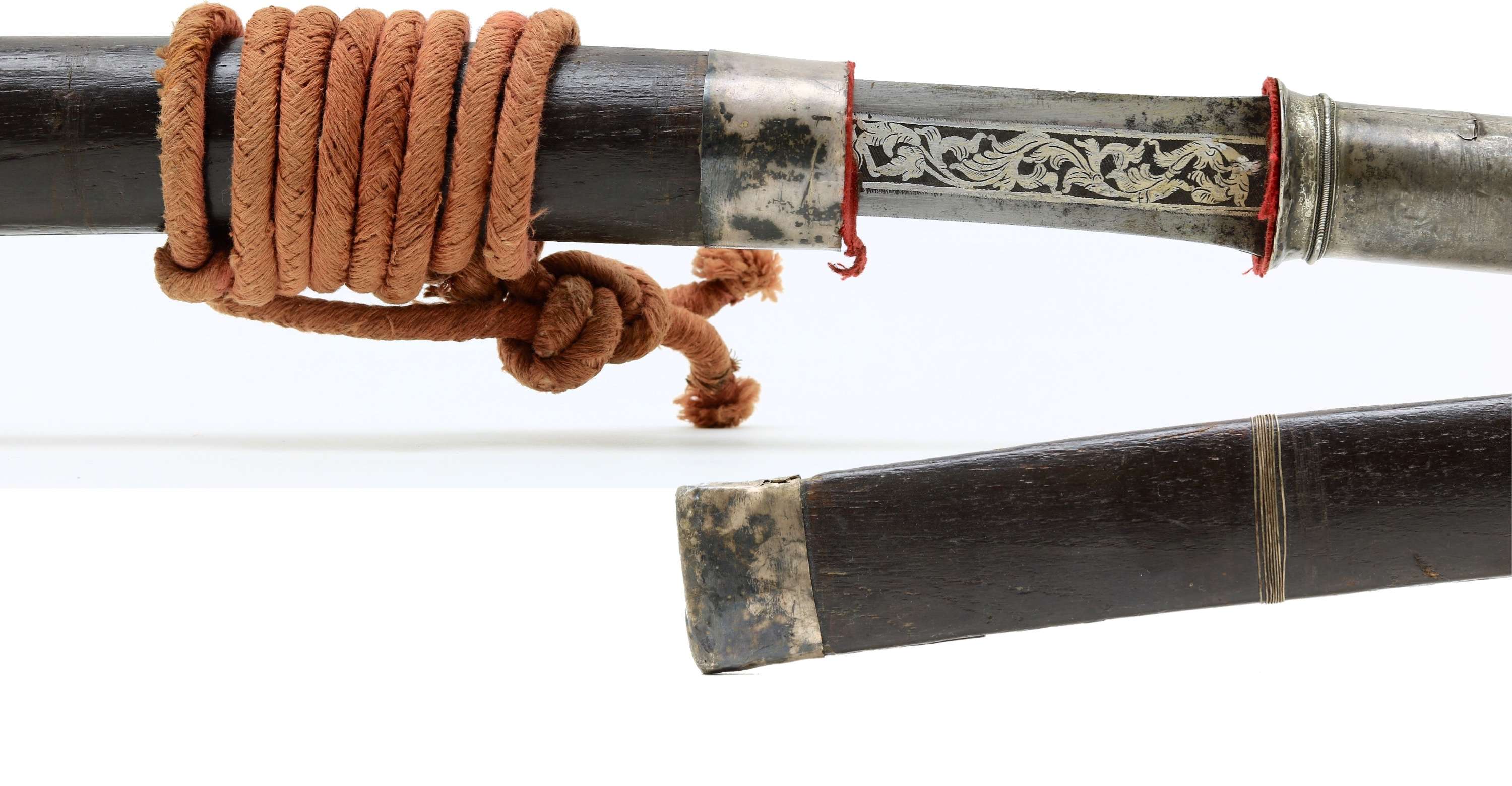 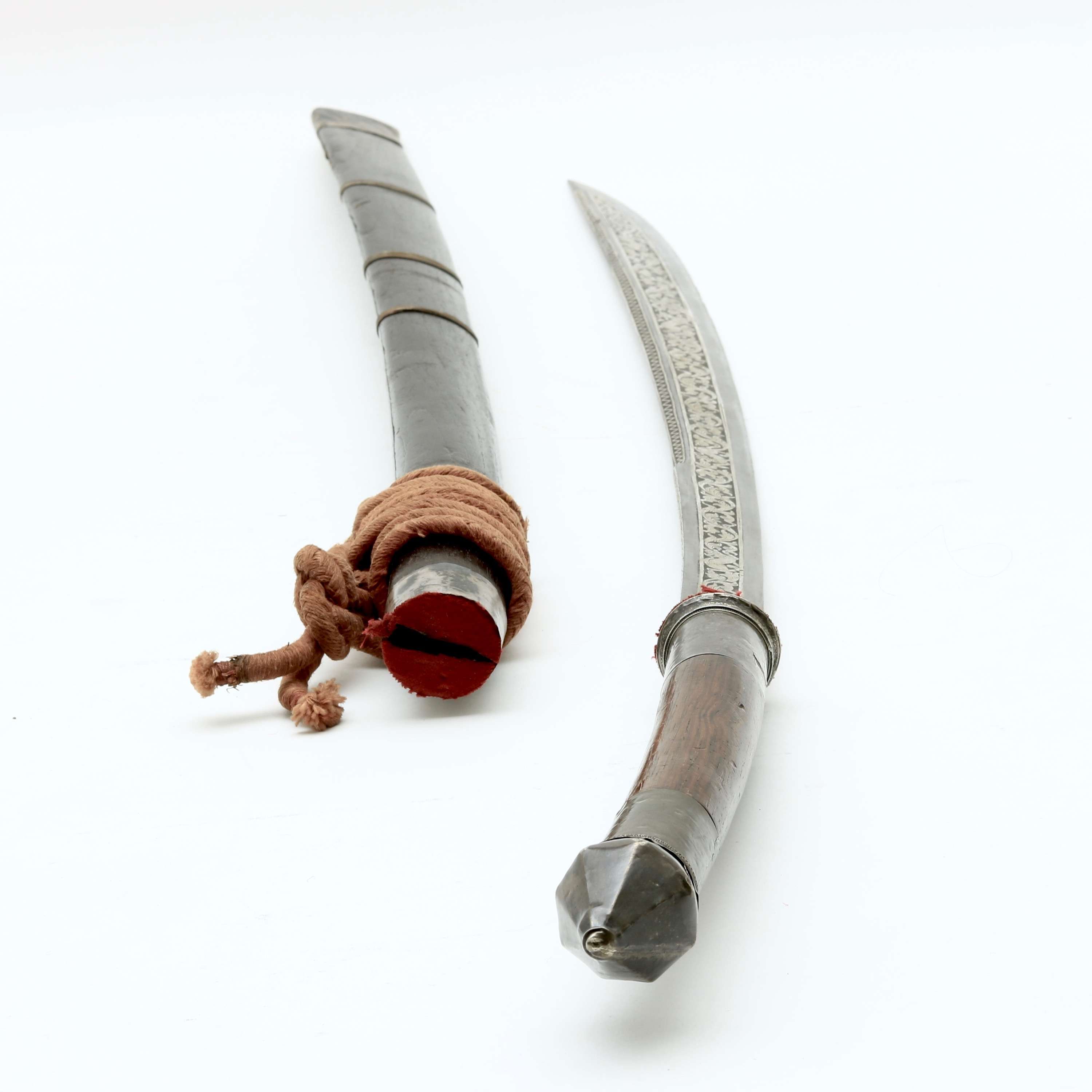 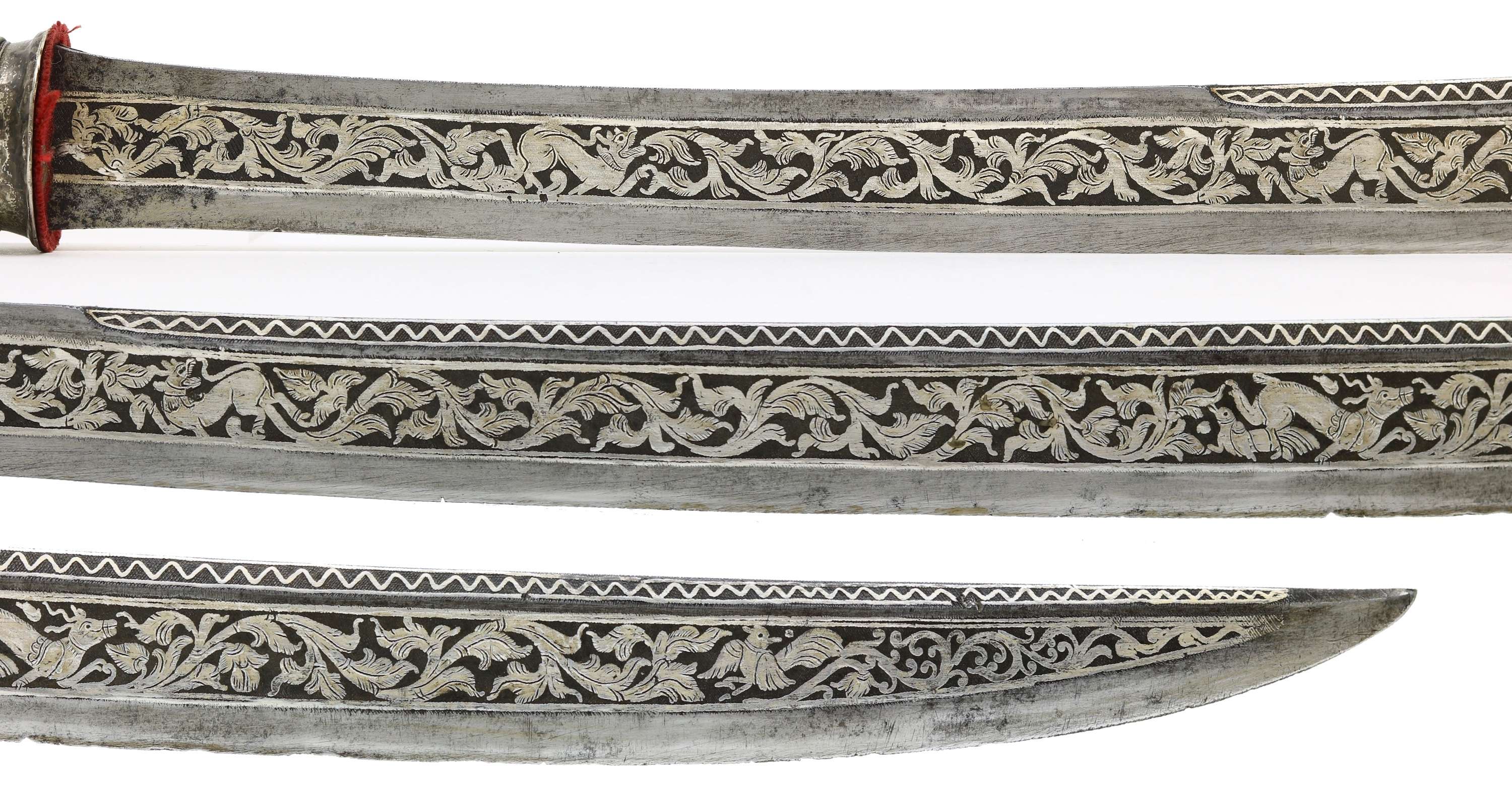 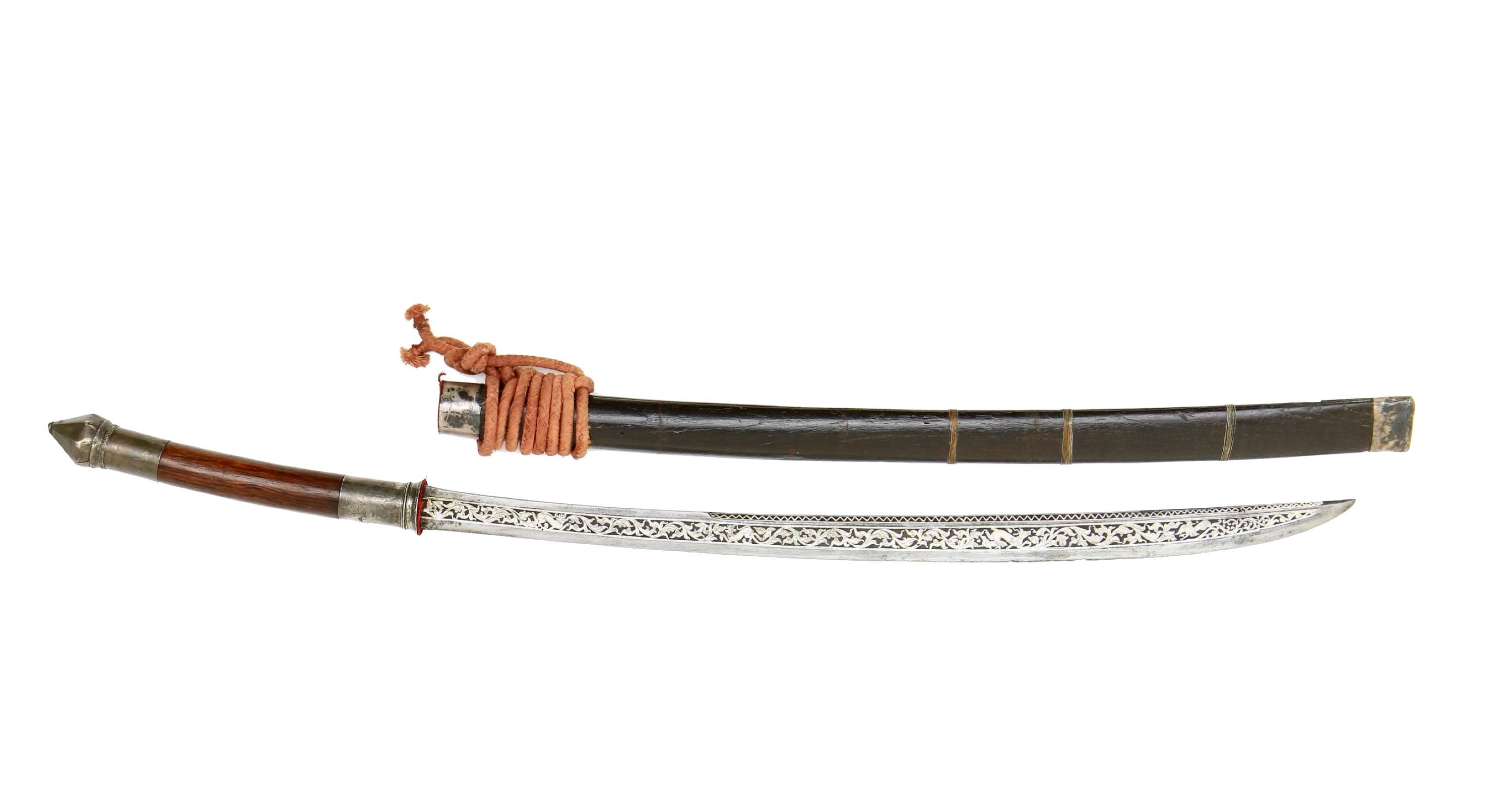