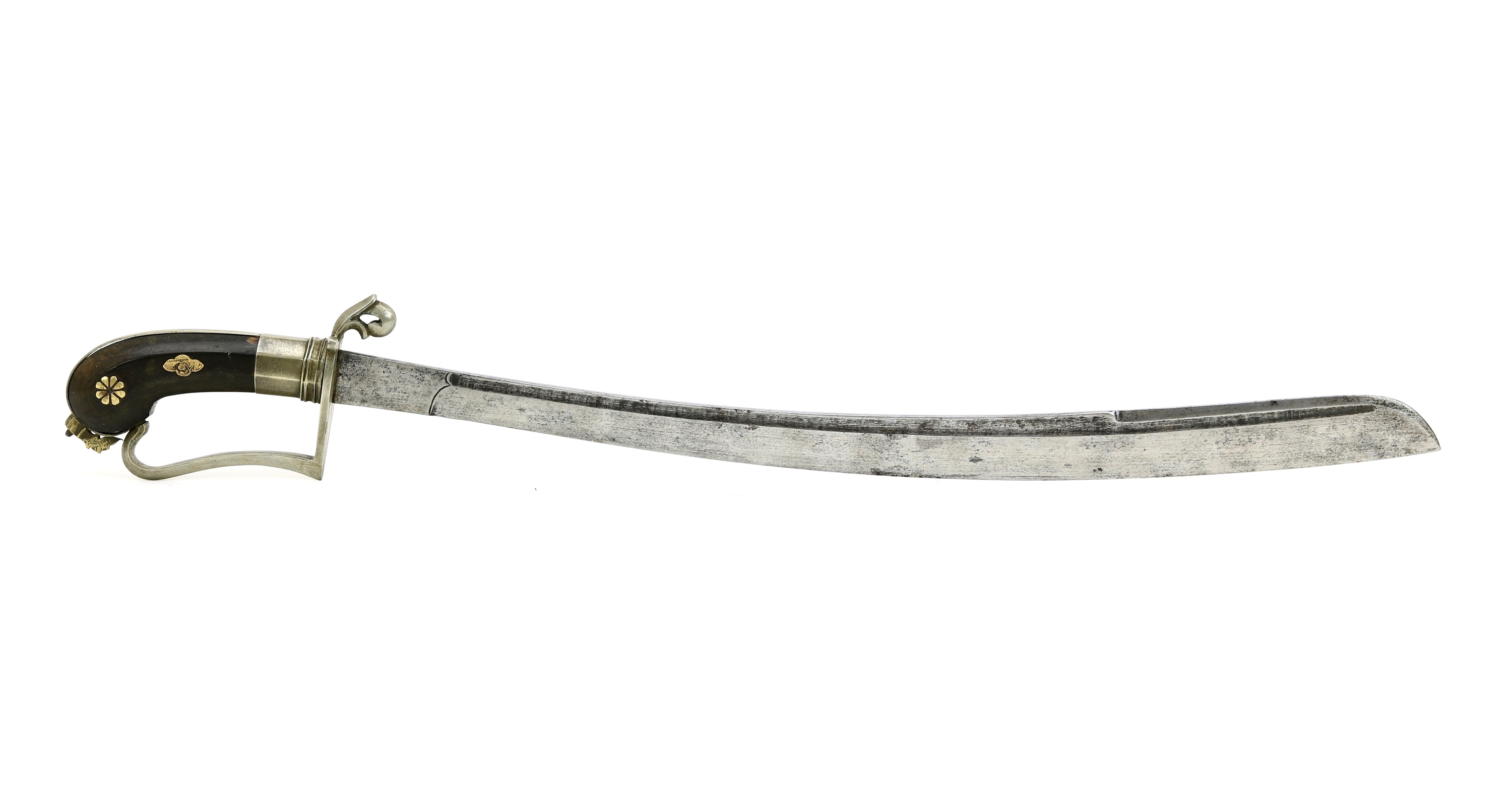 The blade has a moderate curve and gradually widens in profile until the spine abruptly curves down to meet the edge as the tip. There is a single fuller on either side that also gradually widens proportionately along with the blade's profile. It narrows only on the last quarter of the blade to give room for a back bevel meant to lighten the very tip of the blade in order to improve handling. The blade has a strong ricasso, with a groove demarcating the start of the edged section.

The hilt is made of a piece of black buffalo horn, cut to a facetted shape. The ferrule, stirrup style D-guard and a strip along the back of the handle are all made of the once-prized báitóng, possibly obtained from the Chinese community on the Island.

On either side, the hilt has two brass ornaments nails to it, and there is the characteristic brass wing shaped nut that these often have, peened at the pommel.

In very good, original condition. 100% complete. No damage, no repairs. Unfortunately, no scabbard.