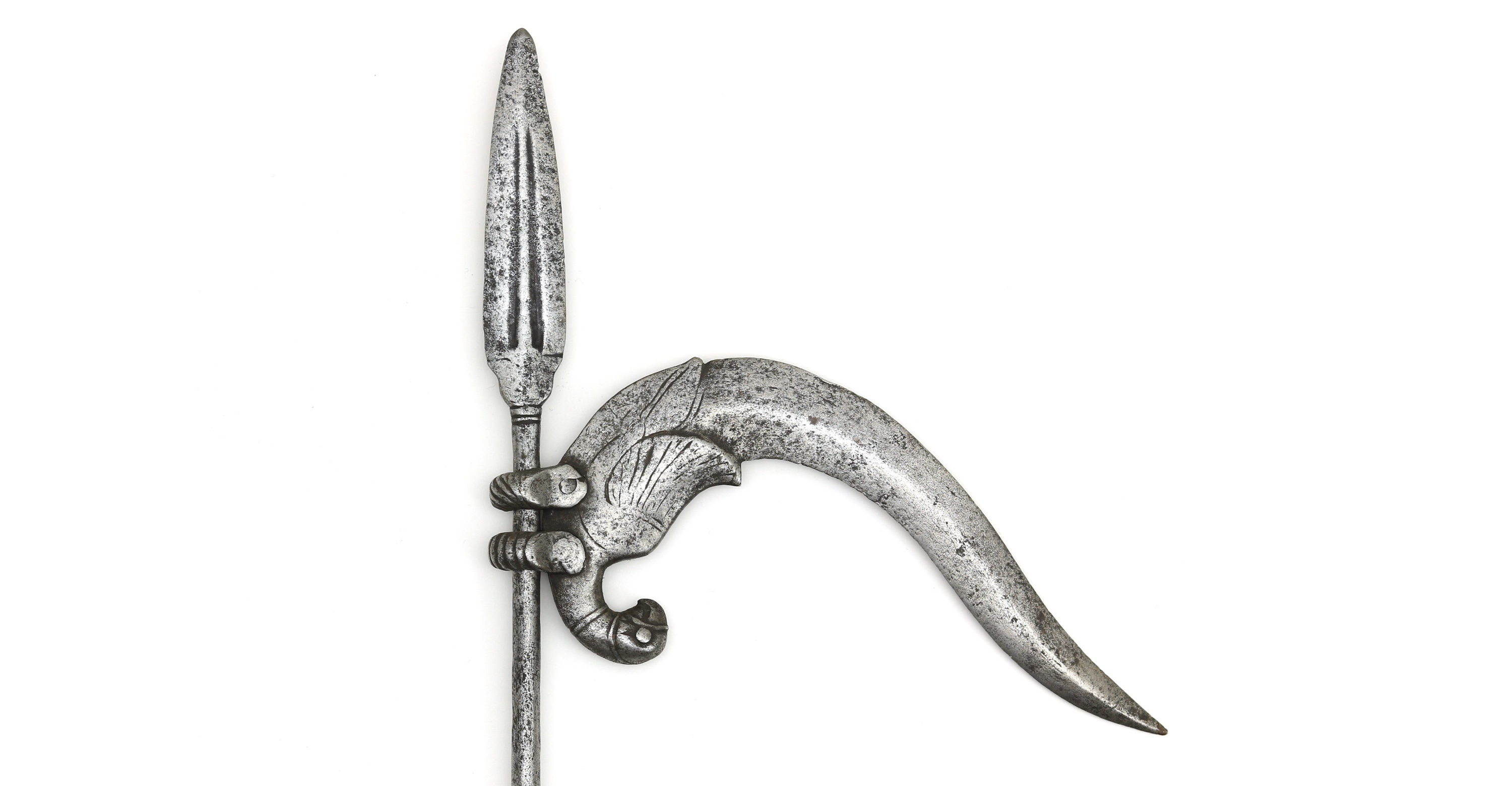 Elephants were expensive, and important and dangerous assets in the field. Those who controlled them well were of considerable importance to rulers and trusted with important tasks during processions, hunting, and warfare. The aṅkus, in that sense, was as much as a tool as an emblem of rank.

A rare south Indian ankus head, made of forged iron. It consists of a spearhead with a long tang with a threaded end. Attached to the tang on one side is an iron hook that is shaped like a parakeet.

Like parrots, parakeets can learn how to mimic human speech and were found to be able to memorize the chants uttered by worshippers in temples, which made people think of them as sacred. They are considered to be the vehicles ("vahana") of the Hindu gods Kamadeva and his consort Rati, who represent love and desire. Goddess Meenakshi, consort of Shiva, is also often depicted holding a parakeet, and the parakeet is associated with the goddess Andal, a Tamil poet and saint devoted to Vishnu.

The head is mounted on a long tang with a threaded butt end. The whole was once probably mounted on a wooden shaft, with a pommel screwed at the bottom. 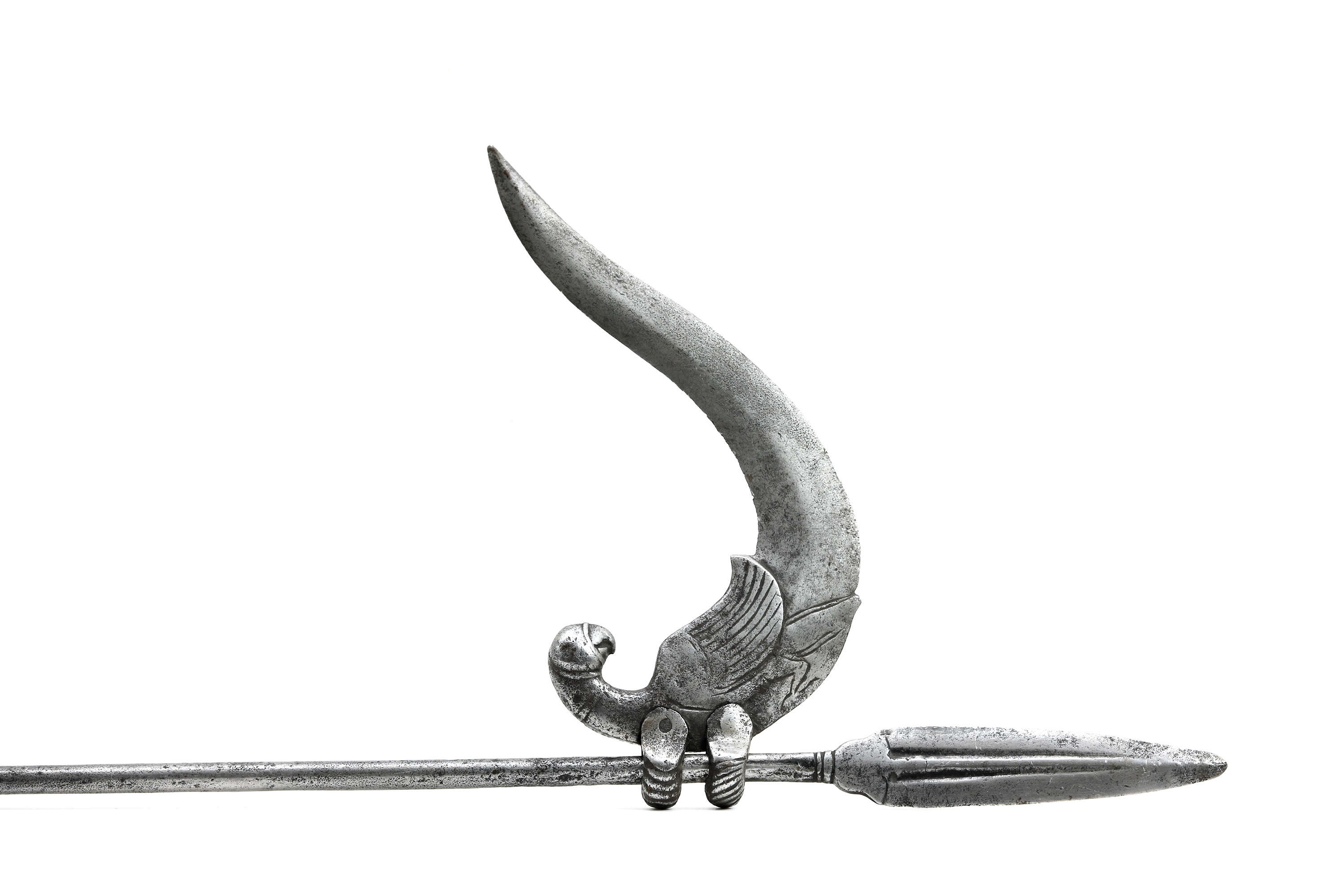 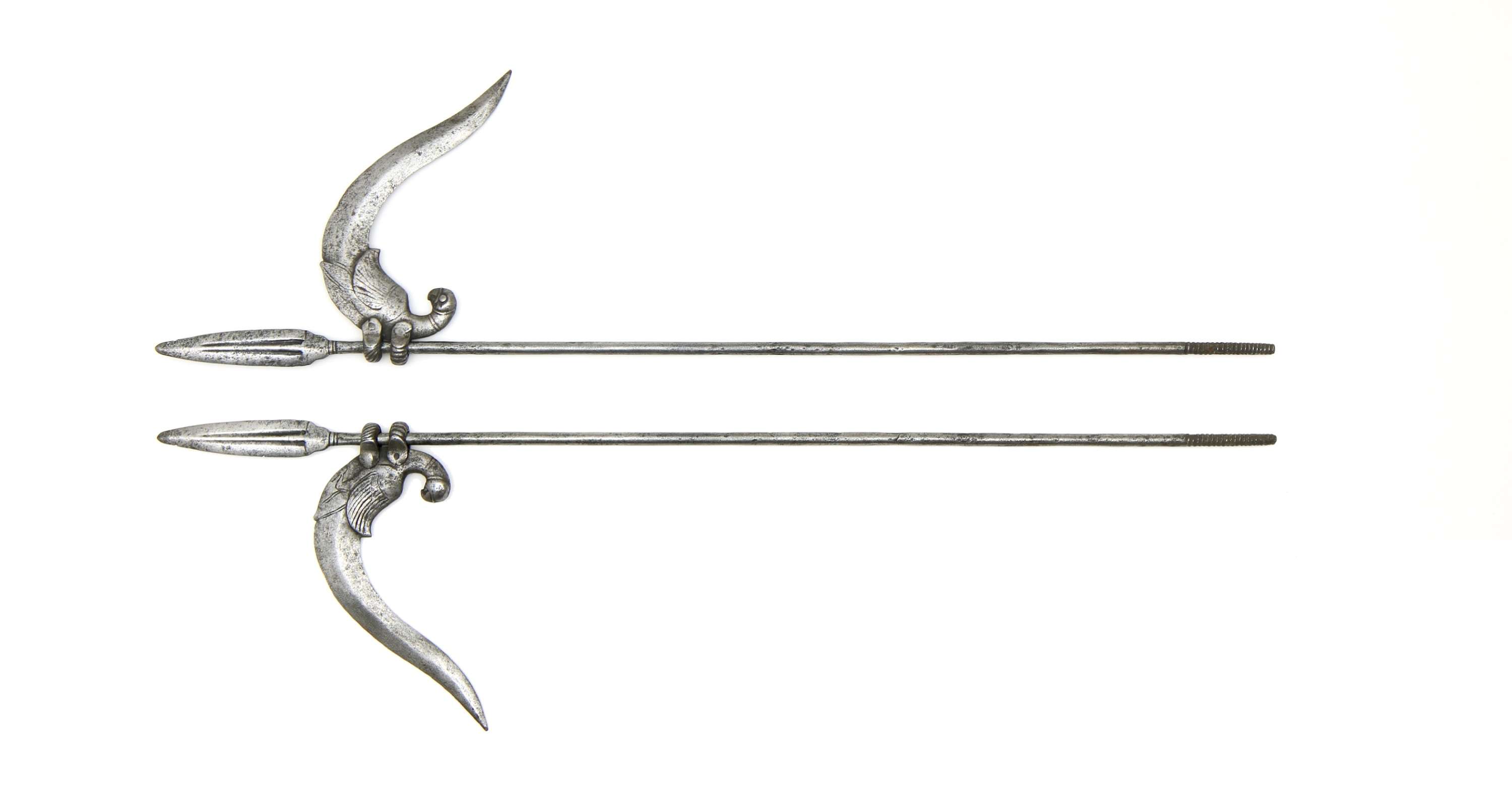 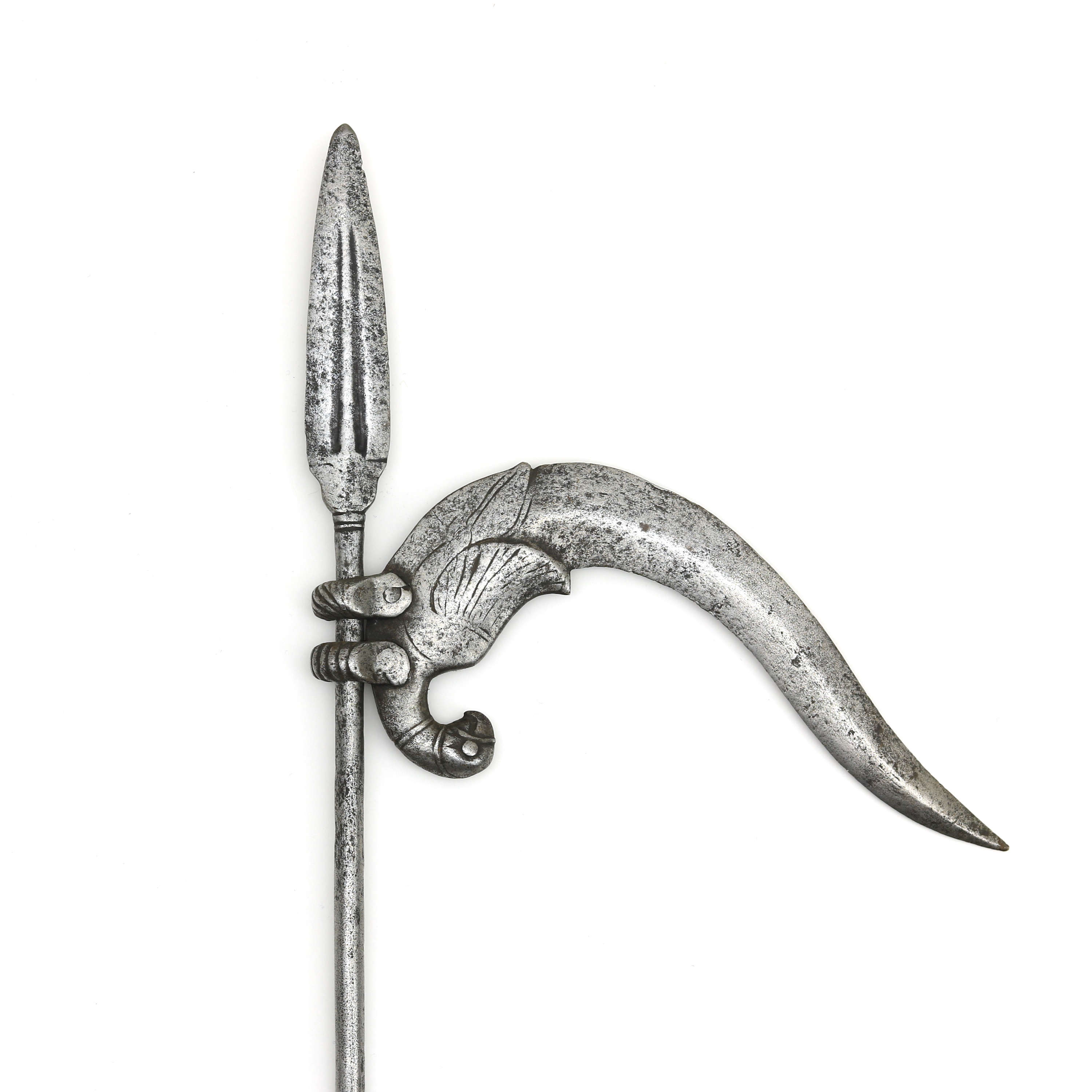 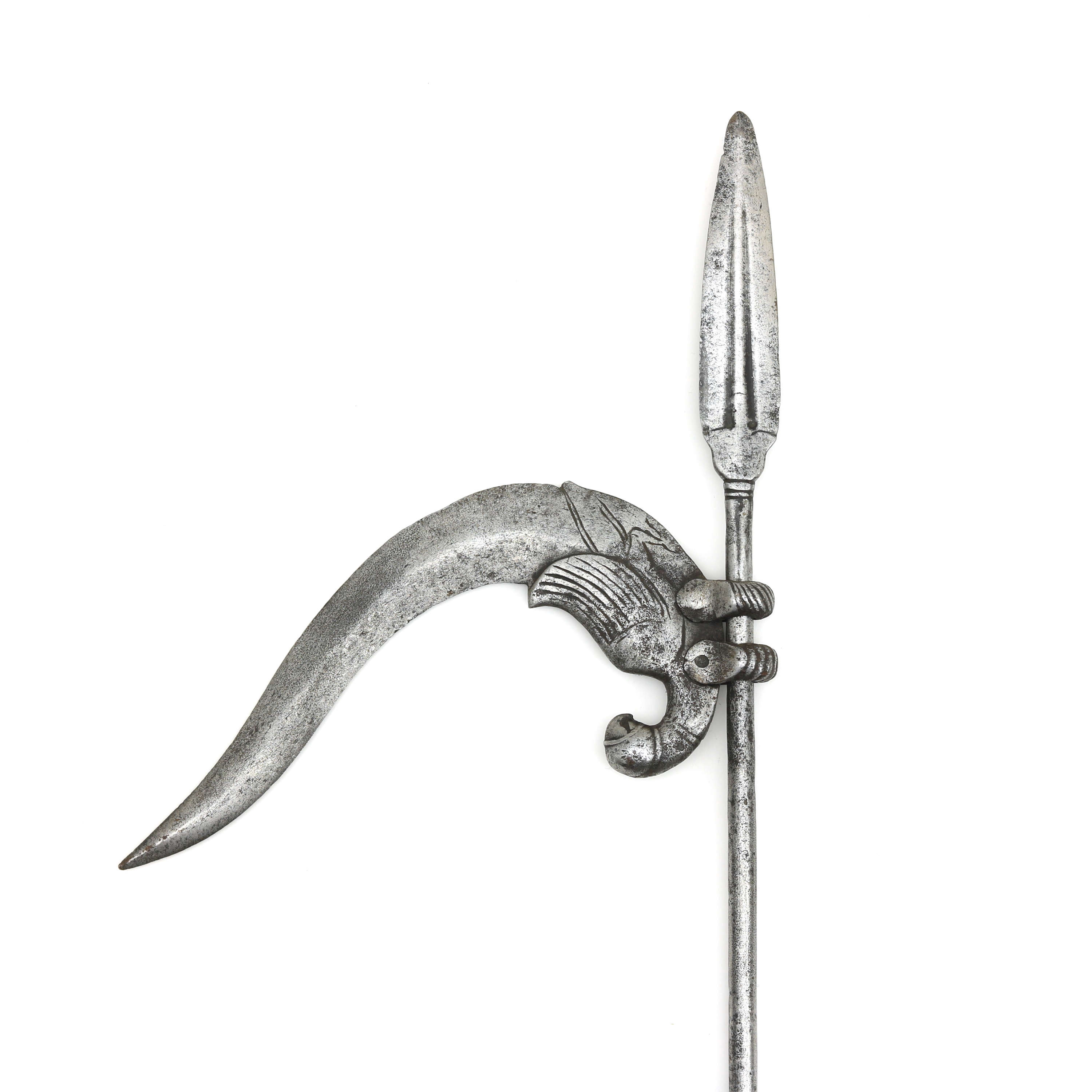 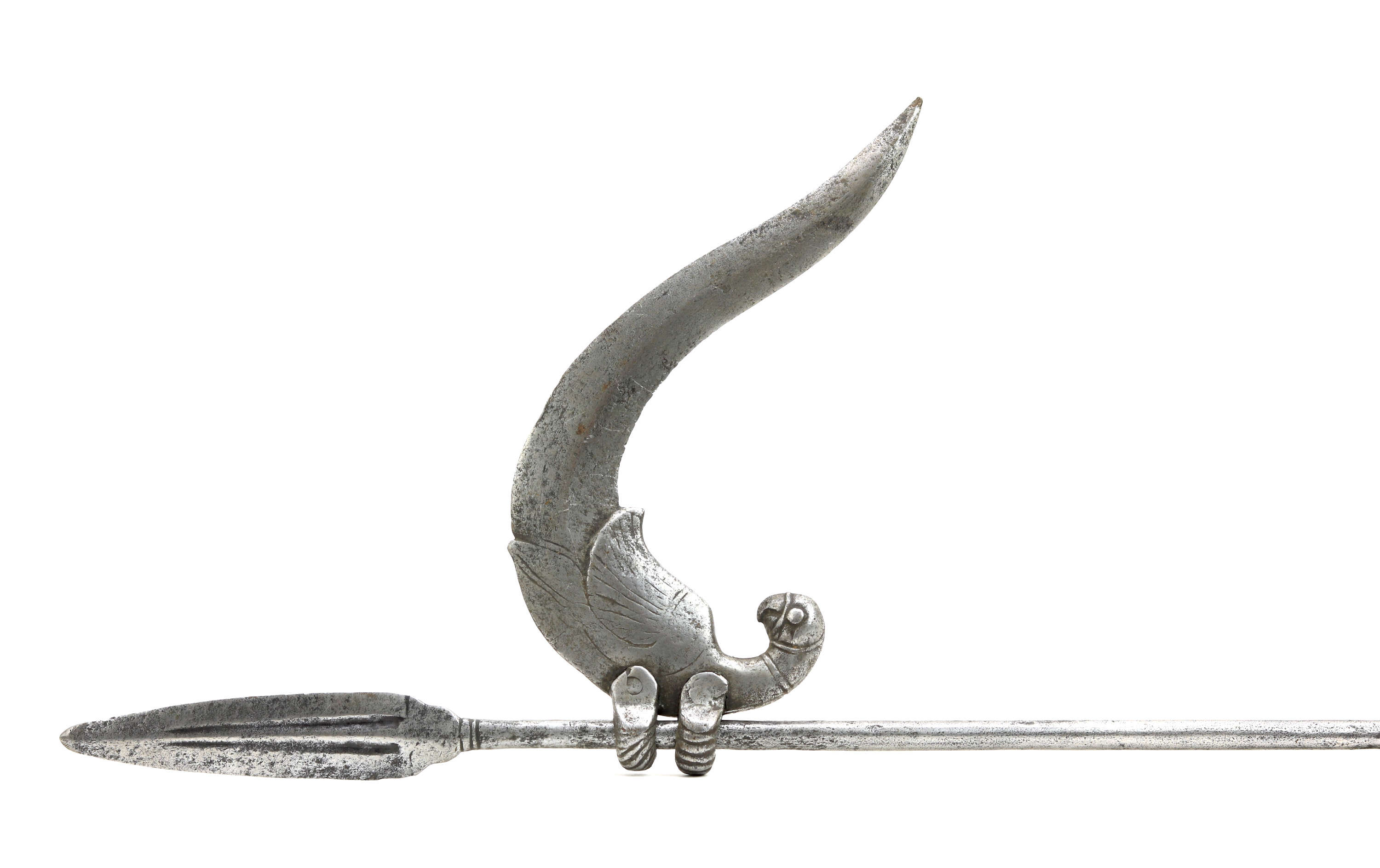