A Palembang sword with British blade 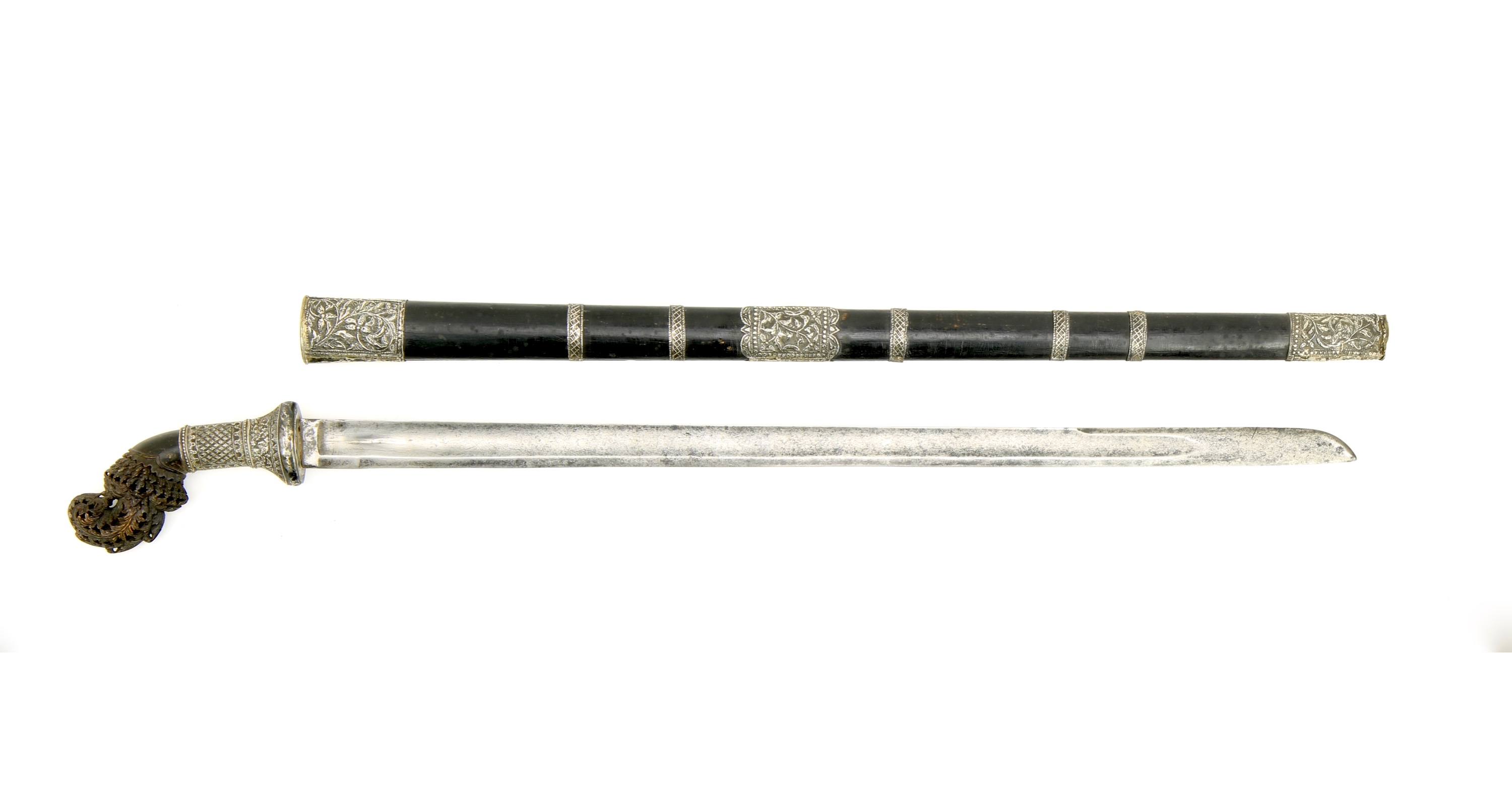 Conversion is probably done in 1832.

An interesting specimen with imported European blade of British 1796 Heavy Cavalry Sword pattern, a sword that was famously used by British cavalry at the battle of Waterloo in 1815.

These were large backswords (single-edged straightswords) with a prominent hollow ground and a double-edged tip. The sword entirely follows that pattern, save for the tip which was reground to resemble the local fashion.

The sword had various markings and engravings at the forte, most of which seem to have been purposefully removed. The presence of engravings means it was an officer's sword, probably once blued and gilt as well.

What remains is some floral decor and a bow, arrows, and a cannon on the right side, and floral engravings and remains of two lines of text on the other side. I can't make them out, but here is a close-up of the marks for any who wants to research them further: 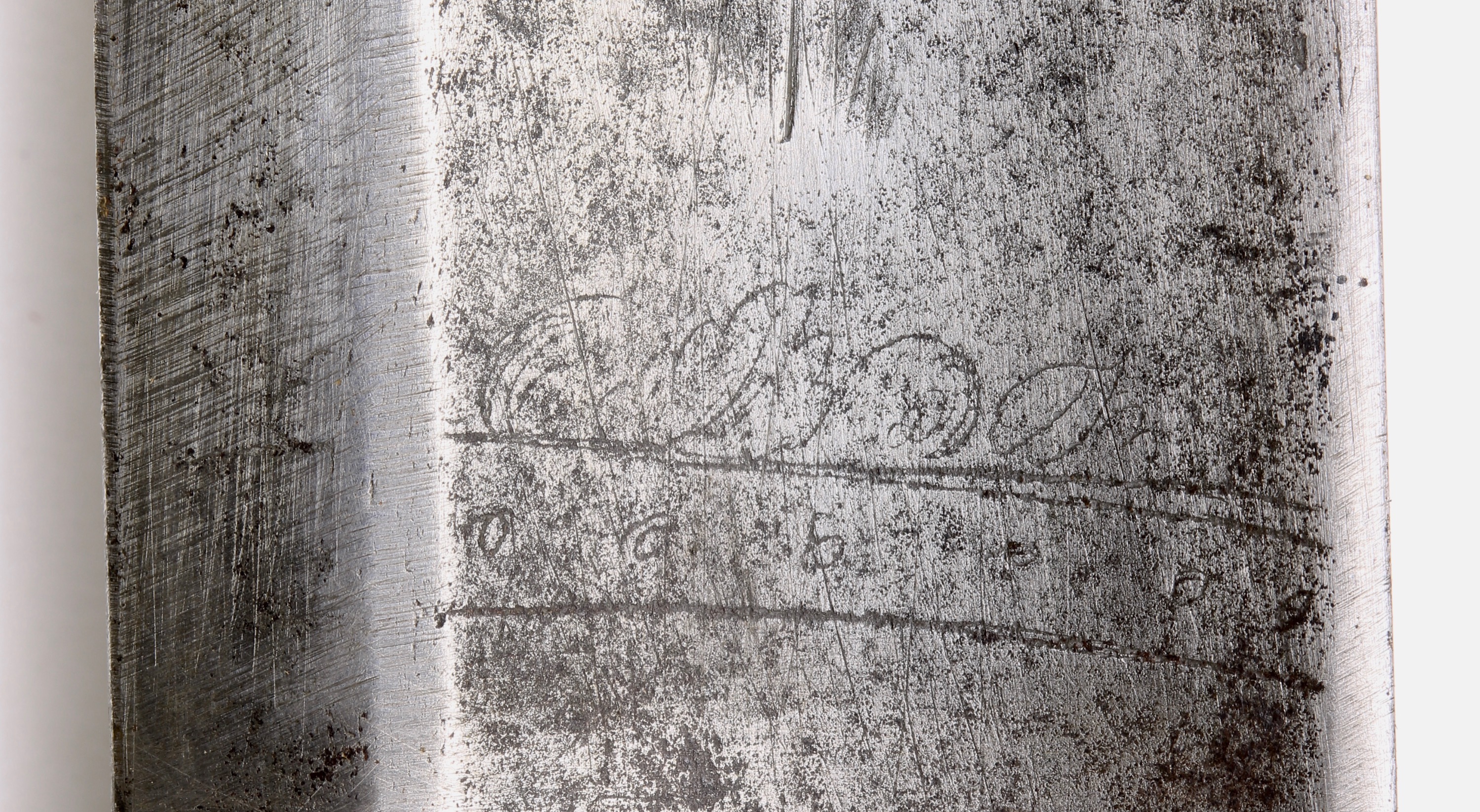 Added later, in Arabic script, is:

The piece is mounted in typical Palembang style hilt made of finely pierced and carved buffalo horn, plated with silver plates in fine repousse work with detailed chasing and chiseling.

The later scabbard is of two halves very dark wood, stained to almost black, held together by three silver mounts and five silver bands. All are worked in repousse with floral motifs, but the work is of lesser quality than the hilt.

Sword in pretty good condition. Some usual staining to the blade, but no significant blade damage. The hilt has a bare, uncarved section that was probably also once covered with silver sheet, now lost. Scabbard overall in good condition, with some denting to the silver, especially at the chape. Fittings are a bit loose due to shrinkage of the wood over the years, a normal occurrence especially on pieces that were produced in very humid regions and now kept in dryer conditions.

One wonders how a British backsword ends up in local Indonesian mounts. The British had a strong presence on the island of Sumatra from 1685–1824 under the name of British Bencoolen, which was ceded to the Dutch by means of the Anglo-Dutch Treaty of 1824. It is likely that the sword ended up there prior to 1824 and was obtained by a local through trade or captured during a conflict and mounted in local style.

A very nice combination of the fearsome 1796 Heavy Cavalry Sword and finely made local Palembang style hilt and scabbard. The work on the hilt is particularly impressive, with fine carving and repousse work that stands out above most pieces made in this style.