Believed to have been owned by O.T. Burne

A fine Burmese dha with Mindan blade of typical form, decorated with lavish silver overlay. The theme of the decoration is a Jataka, a tale of one of the previous lives of the Buddha. It is titled "The King's White Elephant" and tells a story of a king who decided to give whenever asked to raise his karma. He had a sacred white elephant that brought rain, and thus fertility to his country. When a neighboring country asked, he gave it away. He later also gave away his wife and his kids. The Gods were pleased, and all was returned to him and he was reinstated as a king.

Along the edge, we can make out some layering and heat treatment, which is usually present on these swords.

Its hilt and scabbard are entirely covered with silver worked in repouse. This is not typical for Mindan, but more reminiscent of work done in the more metropolitan areas such as Mandalay or Rangoon. It was probably only the blade that was ordered from Mindan, the rest was finished elsewhere. The scabbard consists of five segments, each decorated with typical Southeast Asian patterns. In a cartouche on either side of each segment is a bird, most likely a swallow, in flight. The hilt is decorated with predominantly floral work and bands of geometric decor.

On the hilt are two heraldic shields. This reminds strongly of the same feature on Chinese export silverware, where often the new owner would engrave his initials or some logo on the shield. Here they are left plain. The shields also continue on the scabbard, but these are so small as to be merely decorative elements.

The sword is believed to have been made for sir Owen Tudor Burne 1837-1909, a British major-general. It was obtained from a dealer England who acquired it at a small auction house, in a lot containing a leather box with Burne’s initials, and some personal items. Among the letters and dinner invitations including that to a banquet with King Edward, when Prince of Wales, during his tour of India. It also comes with a large framed portrait of Sir O.T. Burne.

In 1861 he became Military Secretary to Sir Hugh Rose (later Lord Strathnairn), Commander-in-Chief India, and from 1868 to 1872 was Private Secretary to Earl Mayo, Viceroy of India. Burne was a member of the Council of India from 1887 to 1897. He was promoted major-general in 1889, and in 1896 was made Knight Grand Commander of the Order of the Indian Empire (GCIE).

Burne died after a long illness at his house in Sutherland Avenue, Maida Vale, on 3 February 1909. He was buried with military honors at Christchurch Priory, Hampshire. 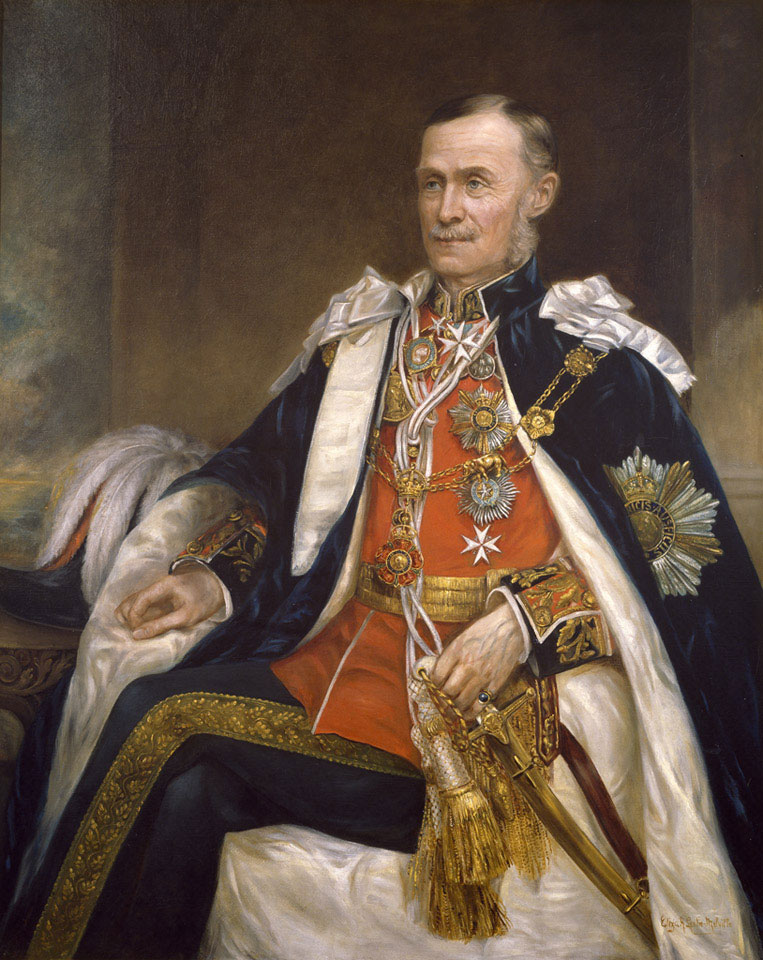 Swords of this type were popular souvenirs among British colonial officers, and I have had one in the past that was made for Surgeon C. S. Rundle, dated 1898. That example was entirely made in Mindan, with the typical hilt for that style.

This sword takes a blade from famous Mindan but adds to that the fine repousse work done by silversmiths in the more metropolitan areas of Burma. The combination makes an impressive sword, befit for a man of rank and status. 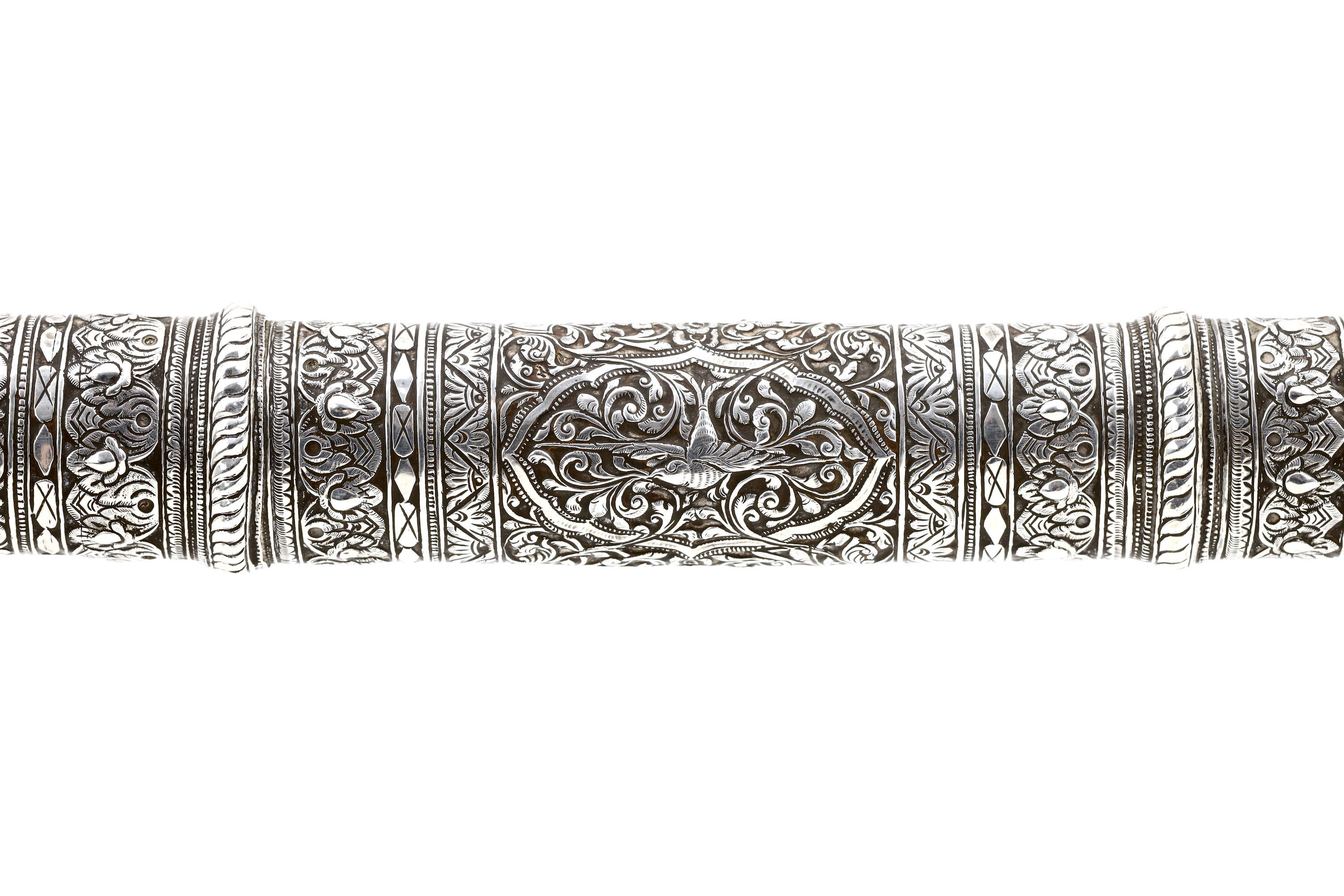