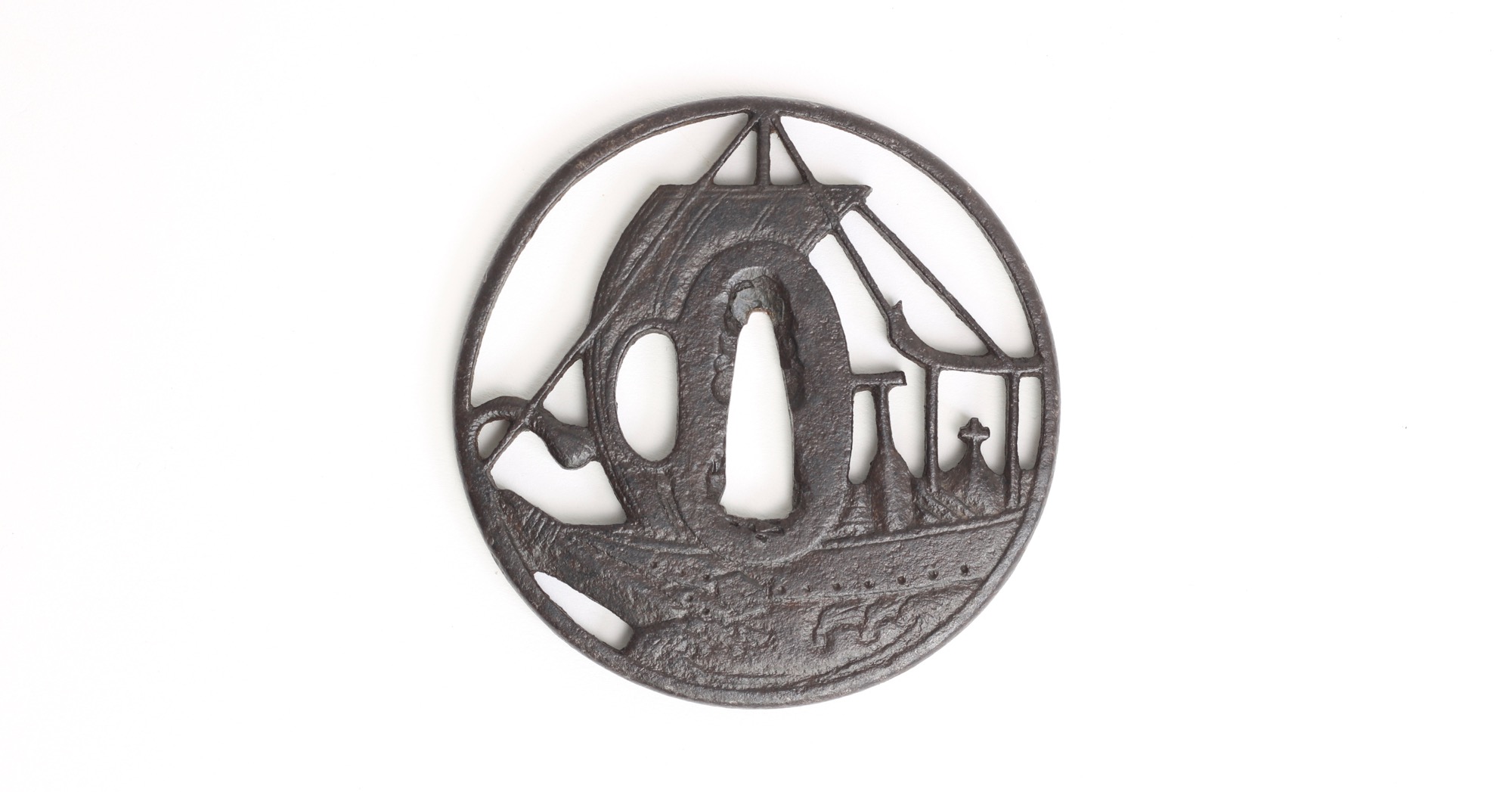 This item has been sold.
Read full article
Origin

A classic Japanese ship tsuba with a motif called “kazeho” (風帆) or “billowing sail”. An identical piece was in the Walter Compton Collection and sold by Christies in 1992 as being probably of the Ono school working in Nagoya. The style is a hommage to earlier "Yagyu tsuba", a style the Ono school was known to reproduce.

These "Yagyu tsuba" were named after Yagyû Ren´ya who was an eminent swordsman and lineage holder of the Yagyû-Shinkage-ryû style of swordsmanship. After a notable career as swordsman, teacher and retainer of Tokugawa Mitsutomo, he retired and started an atelier to produce a number of characteristic tsuba that would later become known as "Yagyu tsuba". He was He died in 1694 at the age of 70.

Originally working in only 36 designs, the kazeho tsuba was reportedly added to the repertoire by Tokugawa Mitsutomo himself.

Markus Sesko in his article on Yagyu tsuba: "It is said that the mind of the practitioner of the Yagyû-Shinkage-ryû should advance by assimilating the teachings of the school just as the ship advances through the strength of the billowing sail.

The ship depicted on this Ono school tsuba differs from that of the tyical Yagyu design, and can be identified as a type of ship that transported goods and people through the shallow Ise bay, Southeast of Nagoya.