A northern katar in southern style

At base of blade, inside shoulders

At first glance, this appears to be a typical South Indian katar. The domed base of the hilt, characteristic grip section, the widening profile of the sidebars, the pierced, beaded borders, are all strongly reminiscent of katar that came from the Tanjore armory.

What sets it apart from true southern pieces is the fact that the blade is forged welded straight to the hilt. True southern katar tend to have blades held between two langets, usually three rivets to secure them.

Another thing that sets it apart is the presence of golden decoration, done in overlay and of a style more typical for North India. It features two styles of decor, one on each side positioned so that when the katar is worn, only one style is seen. The first style is a meandering stem with stylized flowers. The other style shows more unusual tropical plants in a way that feels very Mughal in style.

The triangular blade has a sunken panel with a prominent center rib. The blade remains in original, as found condition but does show hints of a typical Indian wootz in the center panel. The edges were probably once burnished bright following the northern aesthetic.

There is a repair on one of the side-bars where a section was skillfully replaced. The pierced and beaded rim was nicely continued but the golden decoration was not, and so the part is left plain. Some minor edge damage. Losses to the gold. See photos.

Mughal conquests into the Deccan in the late 17th through early 18th centuries seemed to have spawned a curiosity and appreciation for southern design elements among the Mughals and their allies. This lead to the production of hybrid pieces that seems to have started in the 18th century and continued into the 19th century. See for example a typical Jodhpur-style talwar hilt with similar beaded rims, dating from the early 19th century.1 Katar with a southern style domed hilt bade were also produced as far north as Kotah, Rajasthan.2

Looking at the design and execution of this particular piece, taking into account style and workmanship. I am inclined to date it to the 18th century. The handle section feels more accomplished than a lot of the northern copies of southern work, so it might be from further south into the Deccan. We cannot, of course, exclude a southern craftsman who moved up north. Indian arms are certainly not an exact science, especially hybrid pieces like this.

A nice example of the merging of styles in India, bringing together northern overlay in gold and tasteful southern hilt geometry. It's probably from the northern Deccan but could even have been made further up in Rajasthan. 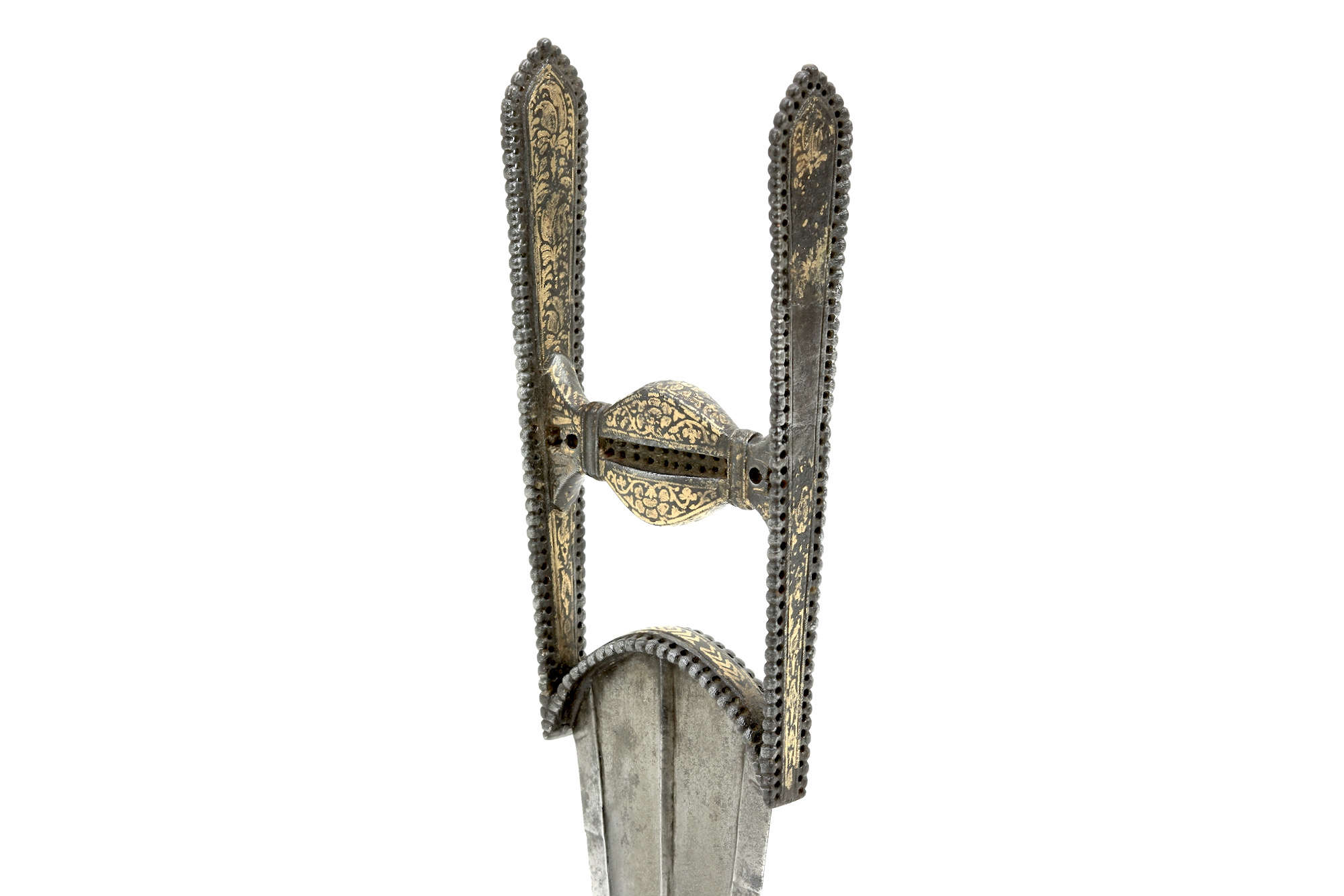 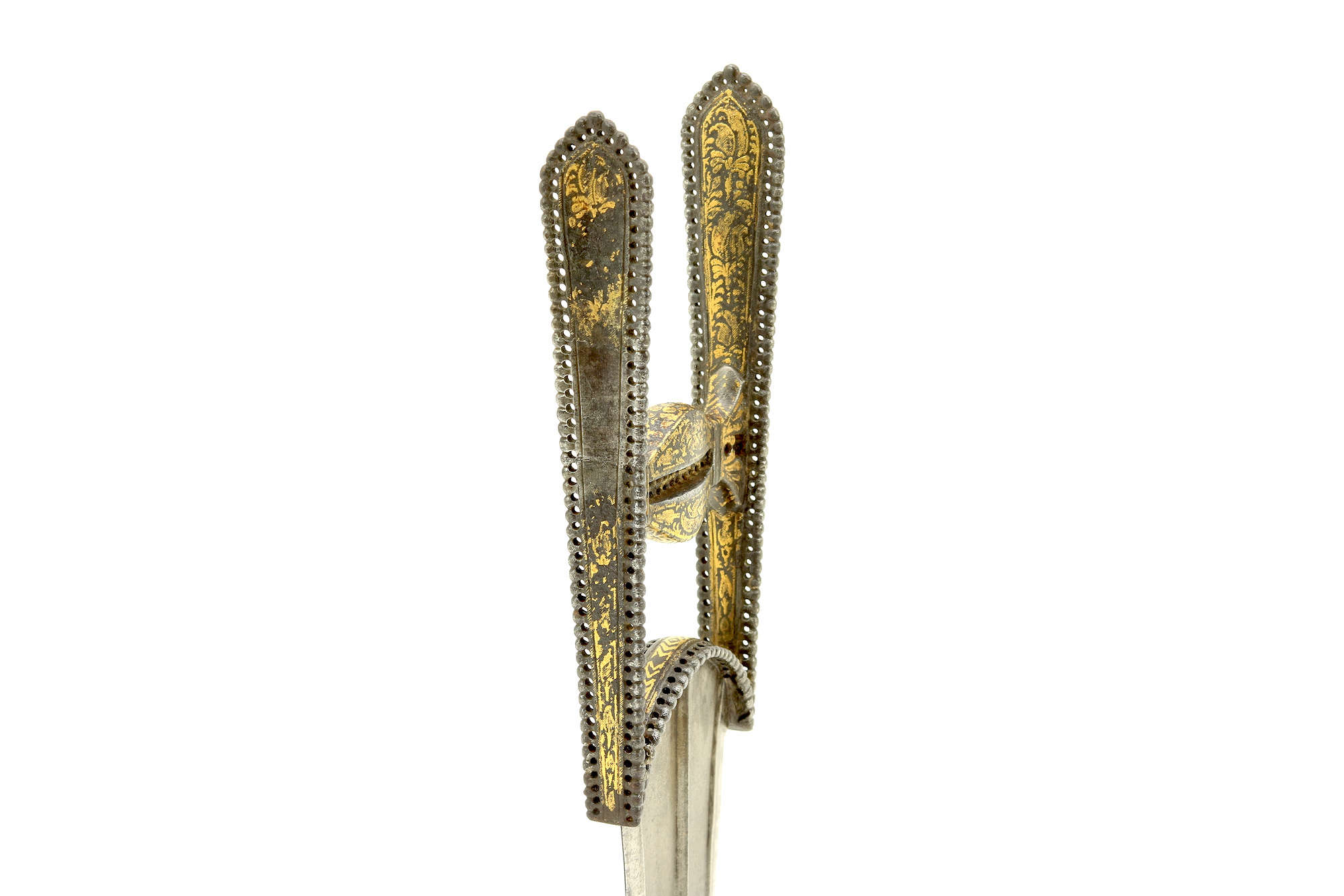 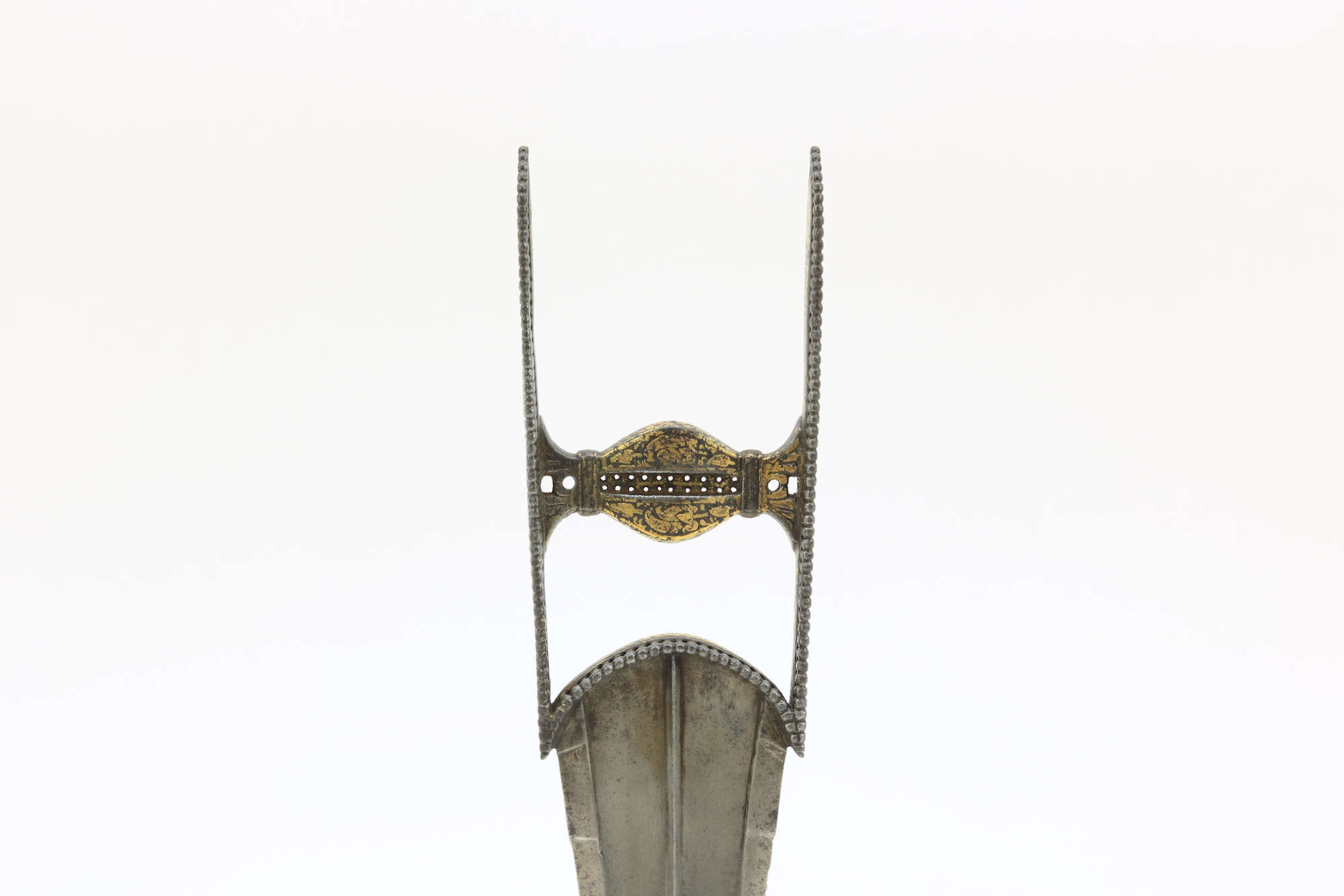 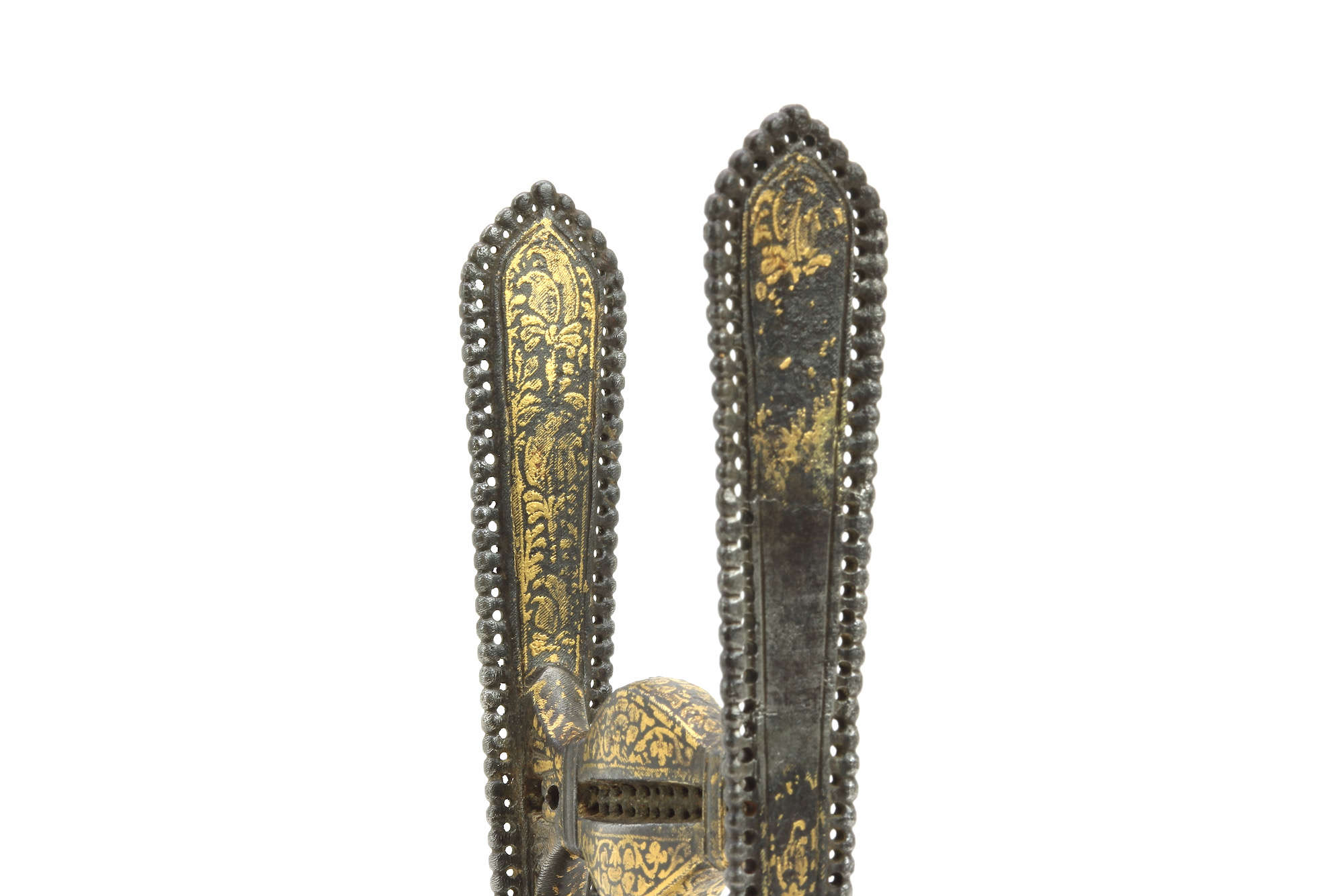