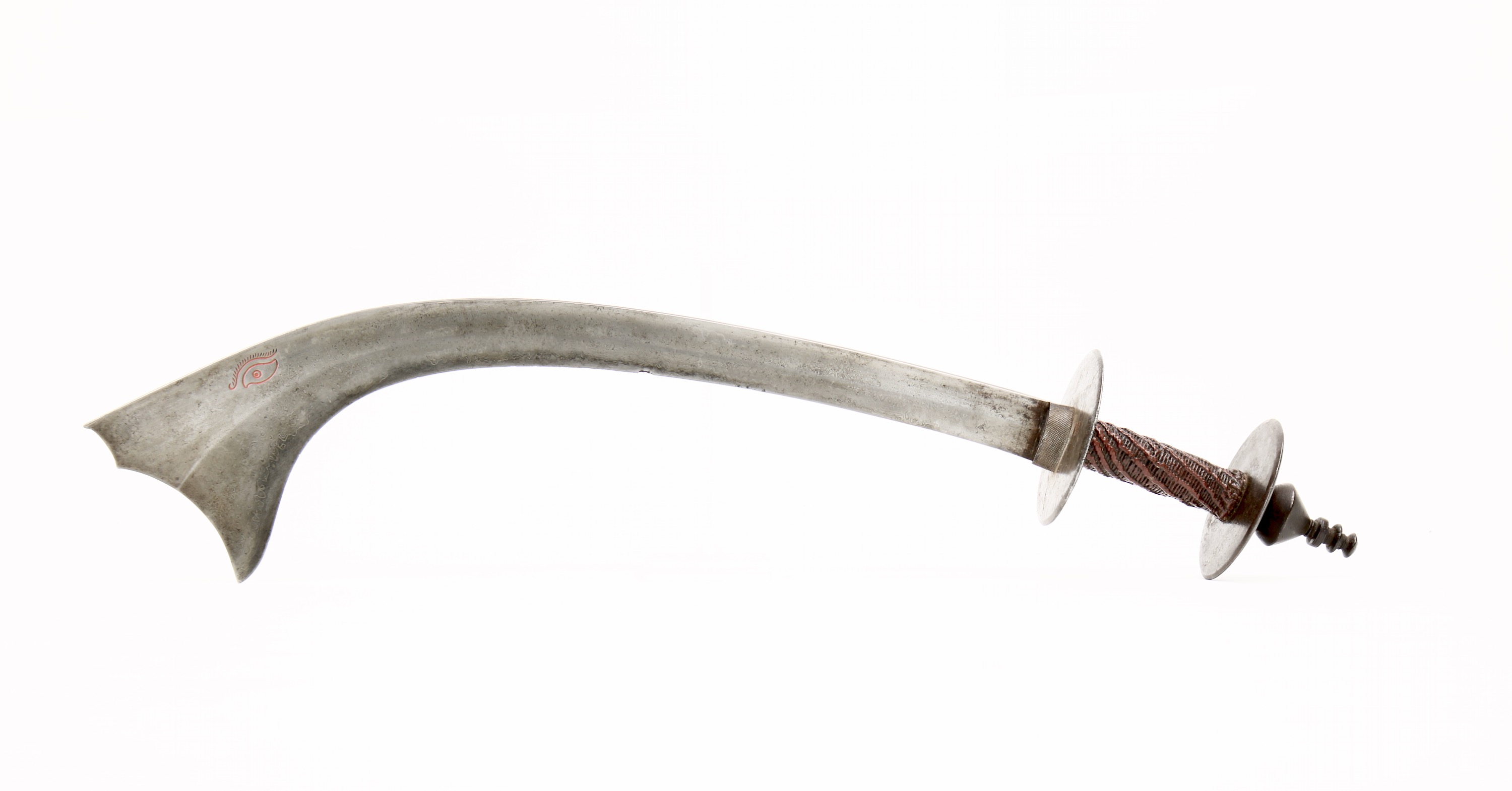 Presented in this article is one of the most particular swords out there; the Nepalese kora. Short but substantial, with its protruding tip it's rather mace-like. Where sabers minimize the area of contact with their curve so they put more pressure on a small area, the kora does the opposite: The concave edge "captures" anything that is hit with a portion below its point. While the spine is thick and ensures strength and rigidity, the edge is thin and can be very sharp. It still is on this antique example.

Lord Egerton writes:
"The Nepalese use a larger knife, or sword "Kora" with an inner cutting edge, with which those who use it skilfully are enabled to cut a sheep into two with a single blow" 1

The kora is thought to originate from Bengal but is mostly associated with the Ghurkas of Nepal, who were known as capable and fearless warriors even today. Former Indian Army Chief of Staff Field Marshal Sam Manekshaw famously said: "If a man says he is not afraid of dying, he is either lying or he is a Gurkha."

A nice example of a 19th-century kora. It has a massive blade with thick, ridged spine and a long, shallow groove that widens near the characteristically shaped tip

The blade's surface is of a beautiful and incredibly fine pattern weld that is called "bird's eye" by virtue of the eye-like appearance of the many dots. The spine shows more of a parallel wood grain pattern, while the edge consists of a plate of high carbon steel that is exposed along the entire edge section.

The blade top has an engraving of an eye, which is filled with red pigment.

The hilt is otherwise quite simple, as these often tend to be. It consists of two flat discs that protect the hand that betray its Indian origins. The grip section is spiral bound and lacquered for extra durability. At the pommel is a conical structure with a multi-layered peak that somewhat resembles the top of a stupa.

Overall in very good condition. There is minor friction between the blade and handle. A professional polish by Philip Tom can help out bring the pattern more. One edge nick in the middle of the blade. Edge is very sharp.

A very nice, almost textbook example of a Nepalese kora, but with one of the finest and most spectacular pattern-welded blades I've seen on these to date.