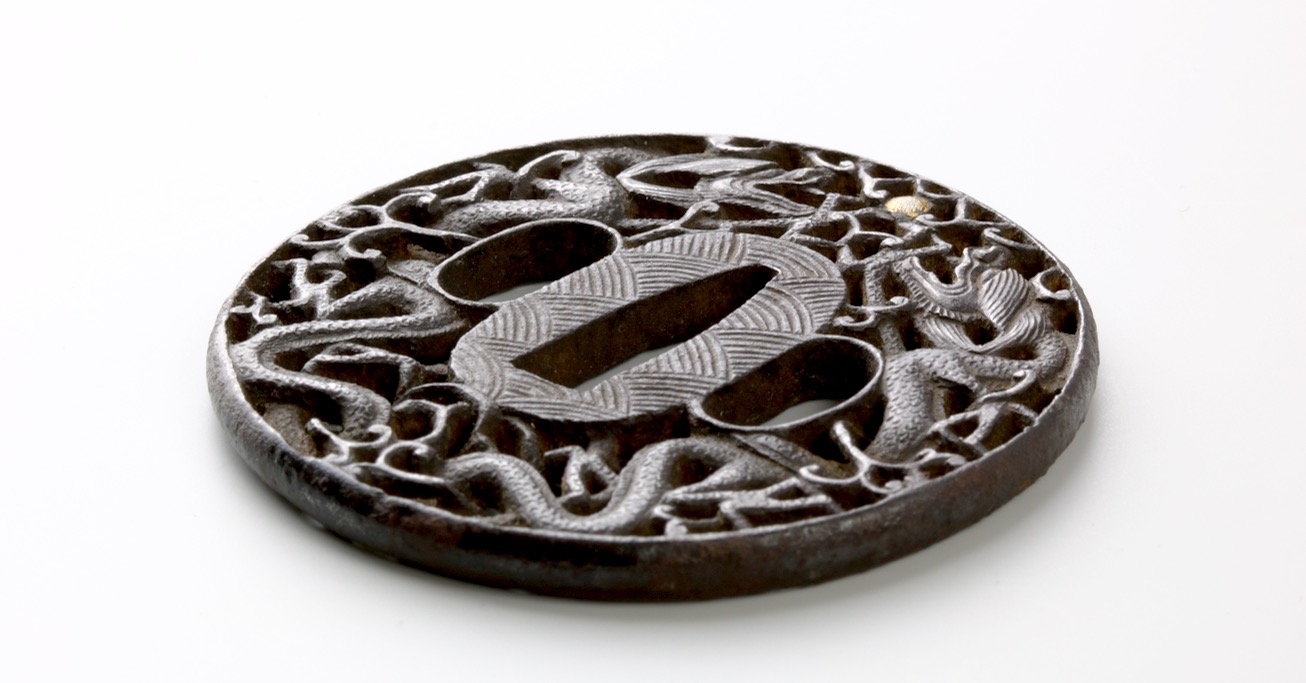 It features two dragons chasing the pearl of wisdom in foliage. The dragons are very well articulated and the scrollwork deeply undercut on several places. The center plate for the tang aperture is worked with a wave pattern that is commonly found also on Asian export sword guards originating from outside of Japan.

Purely Japanese sword guards are usually not decorated there because the part, when mounted, is hidden by washers or seppa. That this Japanese-made guard does have them perhaps indicates that it was not meant to be mounted, but rather appreciated on its own.

A beautiful Japanese-made guard that was inspired by Chinese saber guards of the 17th century. Comes with depicted hand made wooden box for storage and display.