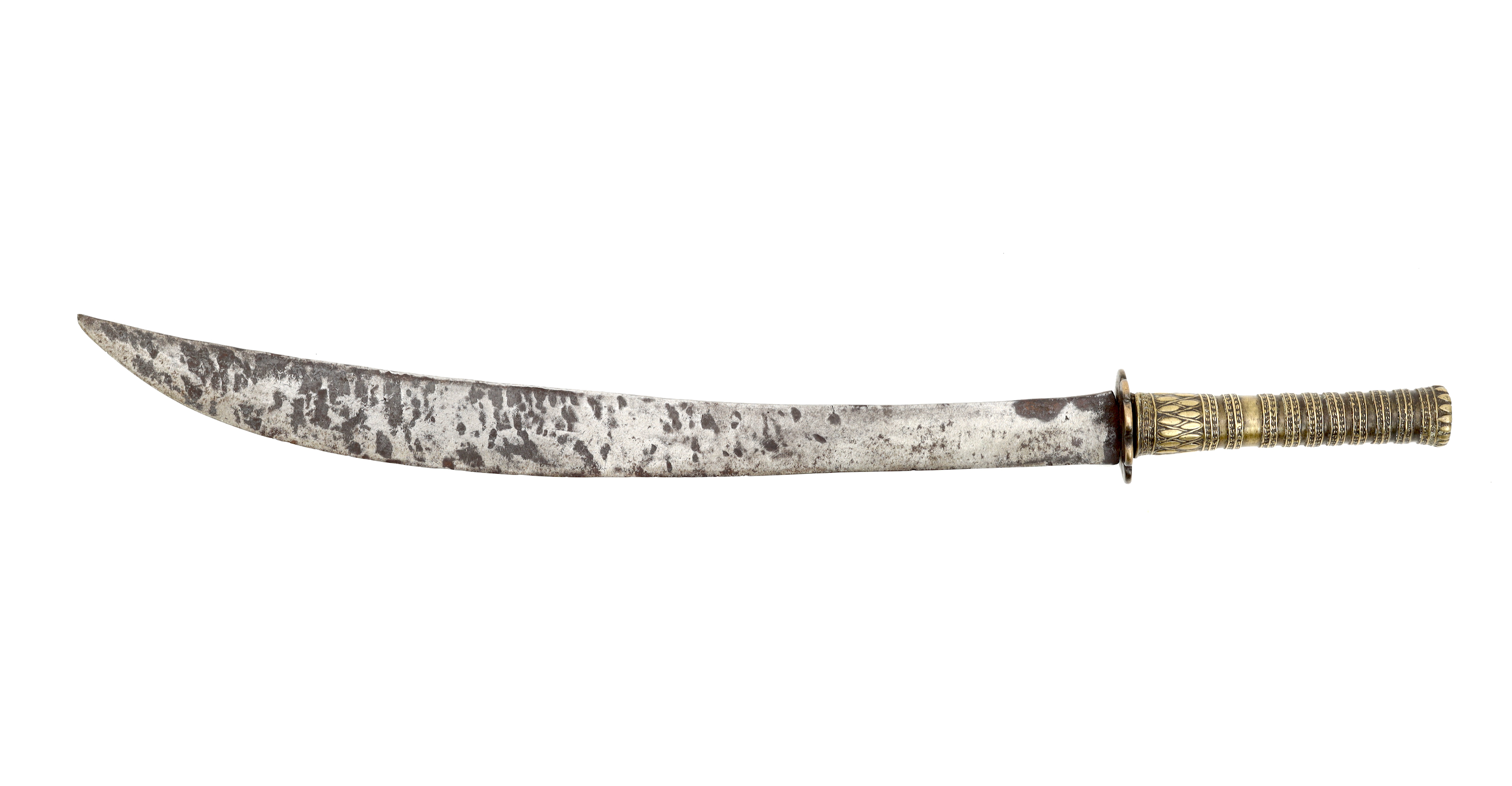 A short saber with a coarsely forged blade, not polished to remove the indentations of the hammer. It gives the impression of a purely functional hacker.

The widening at the base reminds of that same feature on Burmese and Thai swords while the overall blade profile is significantly wider, vaguely reminiscent of some Chinese blades.

It has a small bronze eight-lobed guard in a style that is typical for the various hill tribes of the Central Highlands of Vietnam and neighboring Attapeu in Laos. Such guards are a remnant of guards seen on swords traded from Japan or brought from Japan by Japanese immigrants who settled throughout Southeast Asia in the 17th century.

The hilt is the best thing about the piece, and may well predate the blade. Made of a cast bronze sleeve over a wooden core. It has ornamental bands on the grip section and widens towards the guard, where the surface is decorated with highly stylized petals. The pommel also has a rim of petal-like features and circular decoration on the pommel plate.