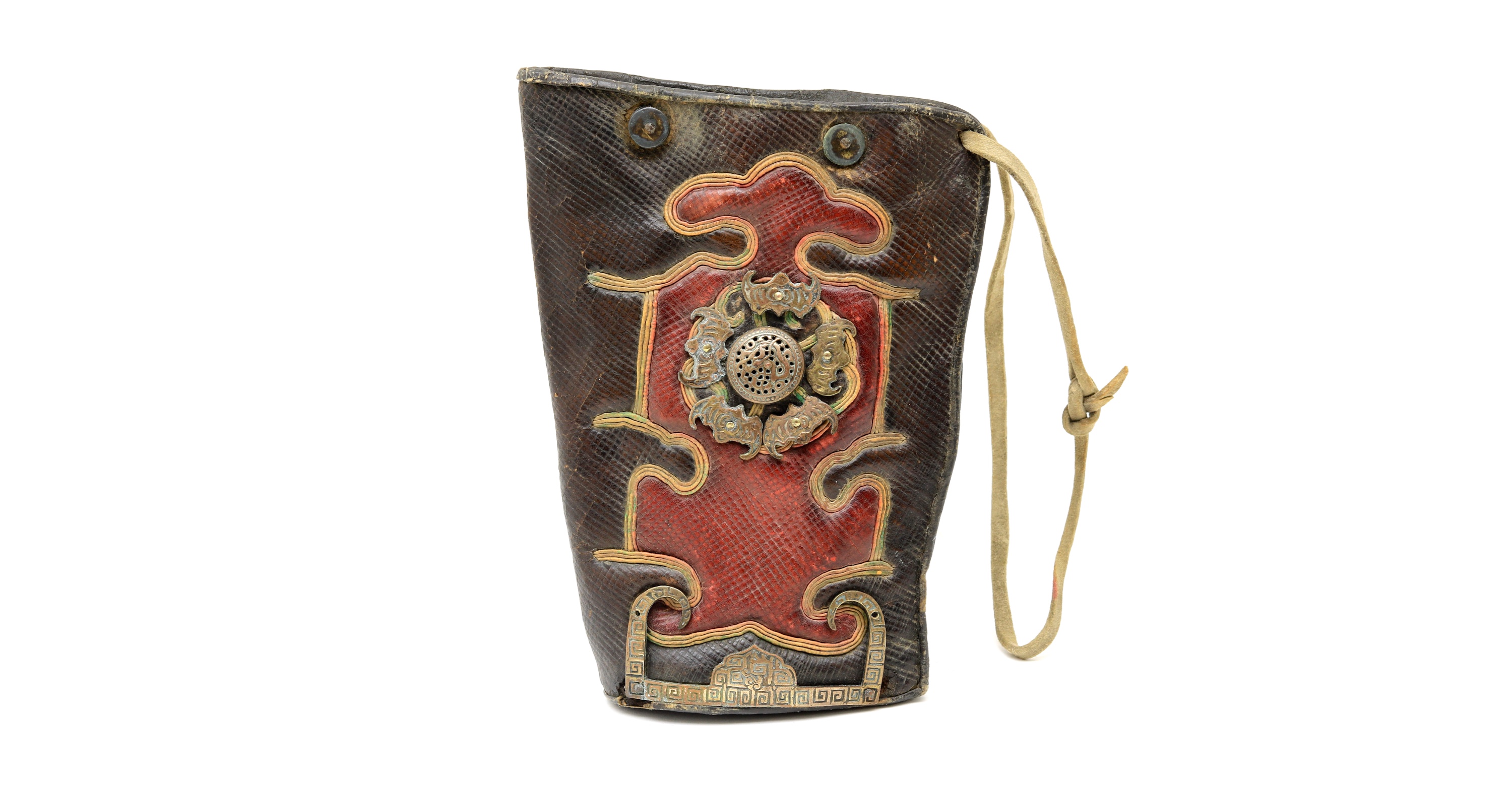 From the collection of Stephen Selby

A charming Mongolian open quiver, based on Qing military quivers that were worn by the Manchu, Mongolian and Chinese Bannermen of the Qing dynasty.

It is made of leather, folded around a wooden boat-shaped base at the bottom and nailed to it. The arrows are held between layers of felt, which could be fastened with two wing nuts on hand-carved screws.

The outside is completely made of tooled leather with fine patchwork and piping, showing considerable patience and skill. The front is adorned with five brass bats, a pun in the Chinese language for the five blessings: happiness, good health, good fortune, lots of offspring, and peaceful death. The bats are arranged around a pierced brass center boss. At the bottom is a brass ornament resembling stylized ram’s horns.

The diligent student of Qing arms and armor will instantly recognize these brass fittings as being used on standard-issue Qing military bow cases and quivers for the bannermen and imperial guards, mainly in Beijing, of the first half of the 19th century. See for example a fine Imperial guard quiver of the early 19th century, sold by me in 2017.

This example is however not meant for military use, but for leisurely shots on foot. Military quivers were always suspended from two points on the outside with an additional strap fastening on the inside to counterbalance it. This quiver is merely suspended from a single point, making it unpractical for the use in motion that the military required.

The workmanship also points away from Beijing and in the direction of the Khuko Khoto bazaar of Ulaanbaatar where this work was done at least into the 1930s.1

I, therefore, believe that it was made for a Mongolian target archer, using Qing military parts.

A similar quiver is seen worn on a photo by Kaare Grønbech when visiting Ulaanbaatar in 1938. The photo is now in the National­museet Køpenhagen, accession number ES-351881. According to the expedition’s journals, at the time there were only three active archers left. Some of the photos are clearly staged with a non-expert archer, as can be observed from how equipment is suspended from the belt and how bows are stung.

From the collection of Stephen Selby, author of “Chinese Archery”
Exhibited in the Hong Kong Museum of Coastal Defense in 2008.

This is the only Mongolian quiver I know of that was clearly made for leisurely, and not military pursuits. A nice item with great provenance that represents the typical leatherwork done in Ulaanbaatar in the 19th and early 20th centuries. 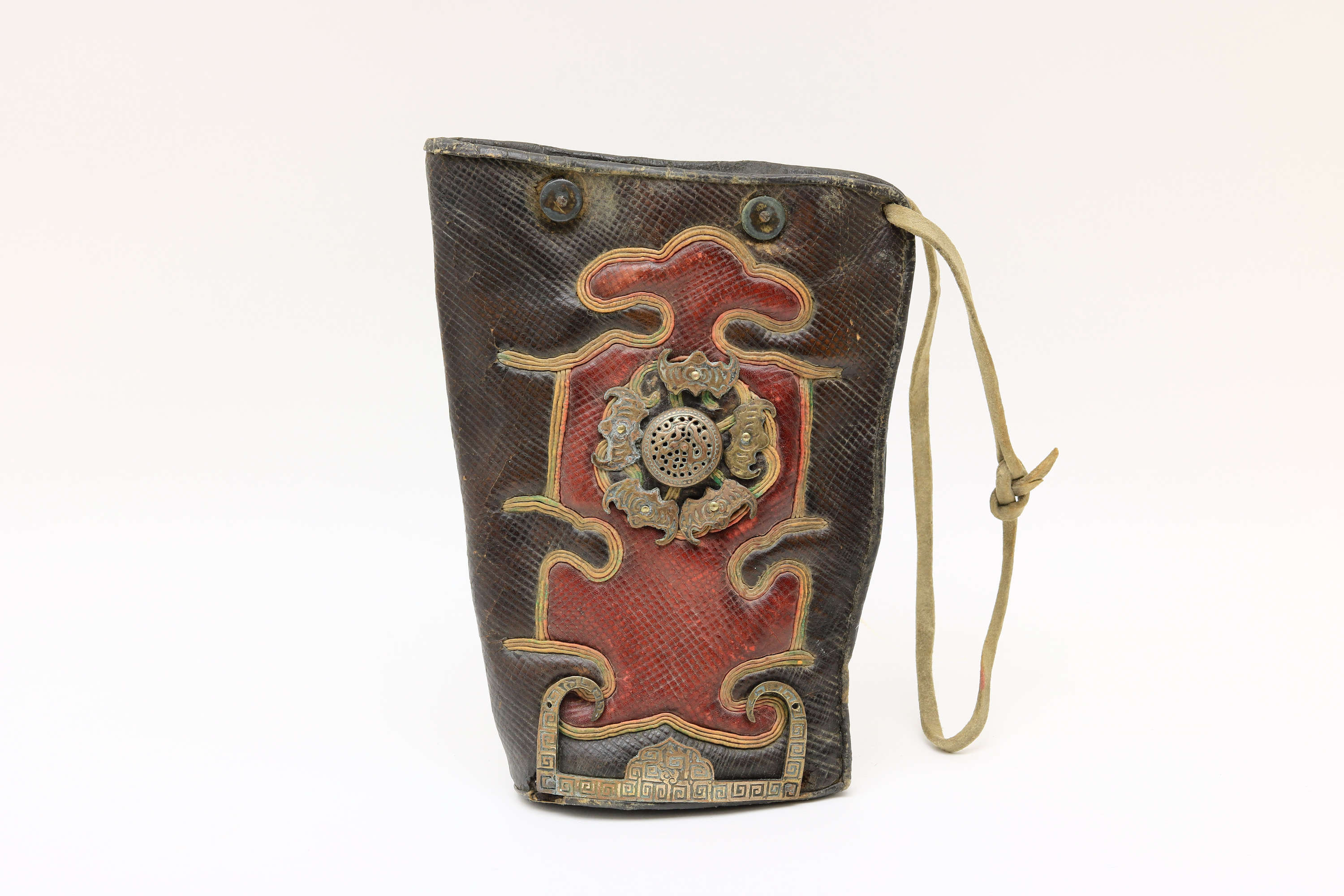 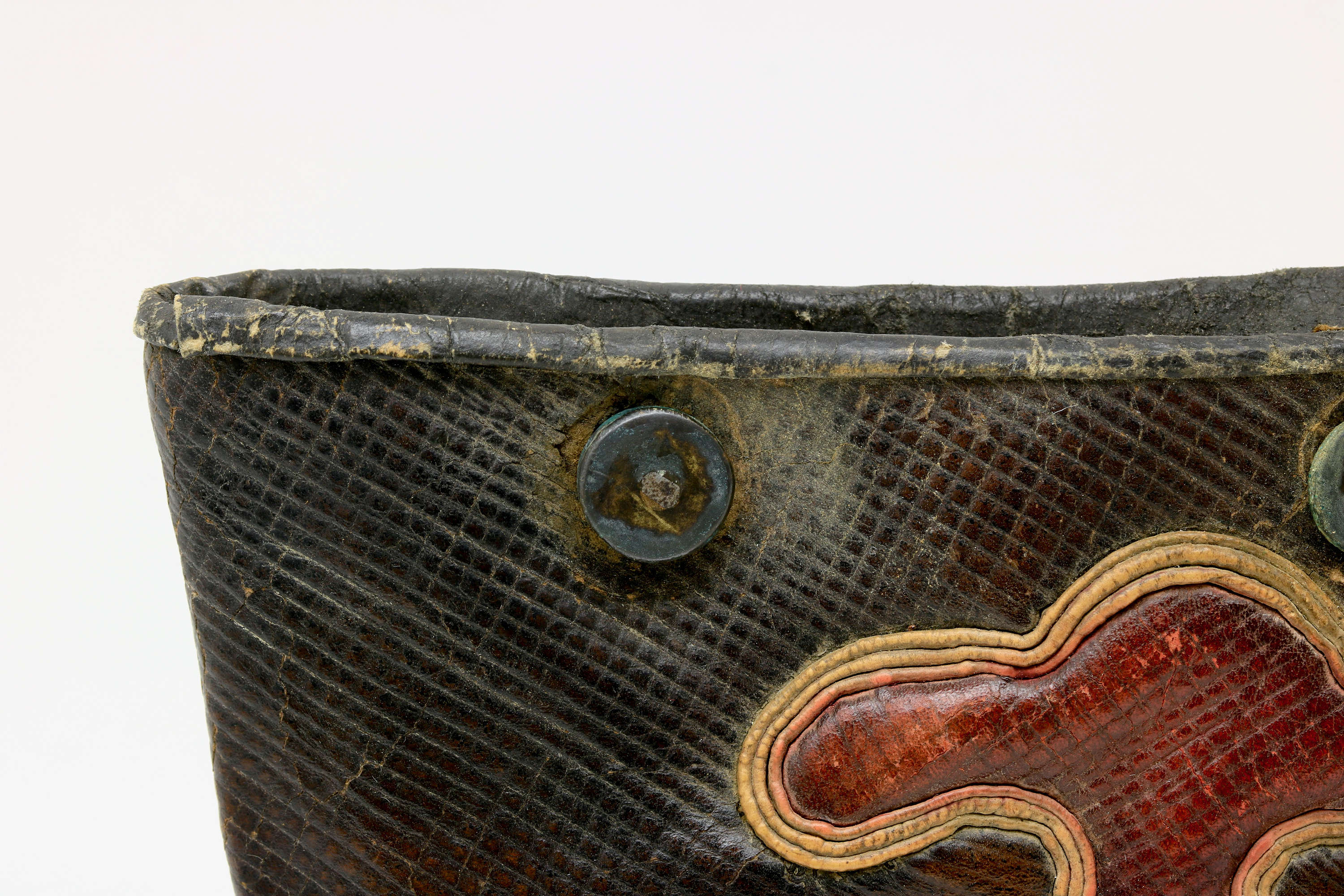 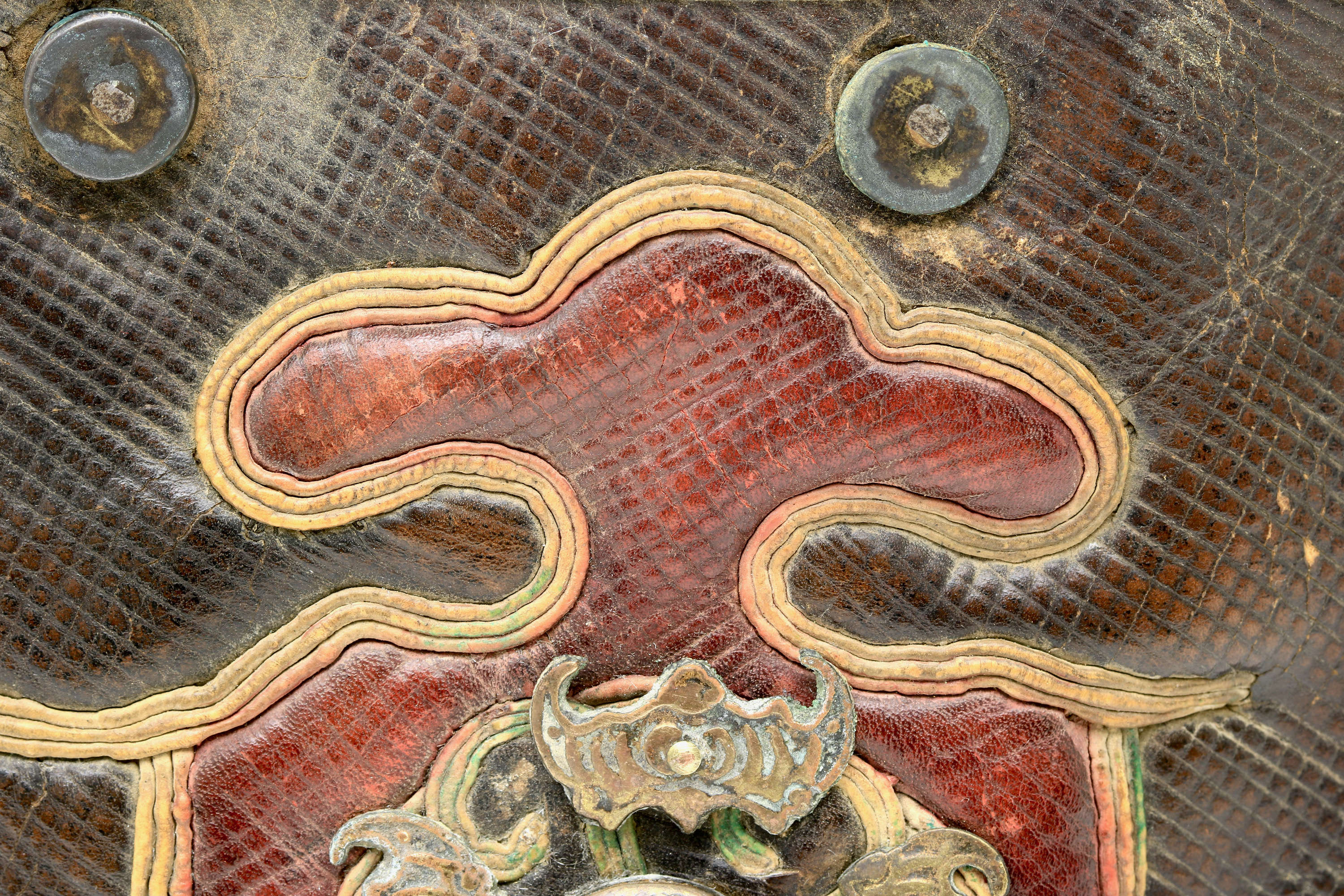 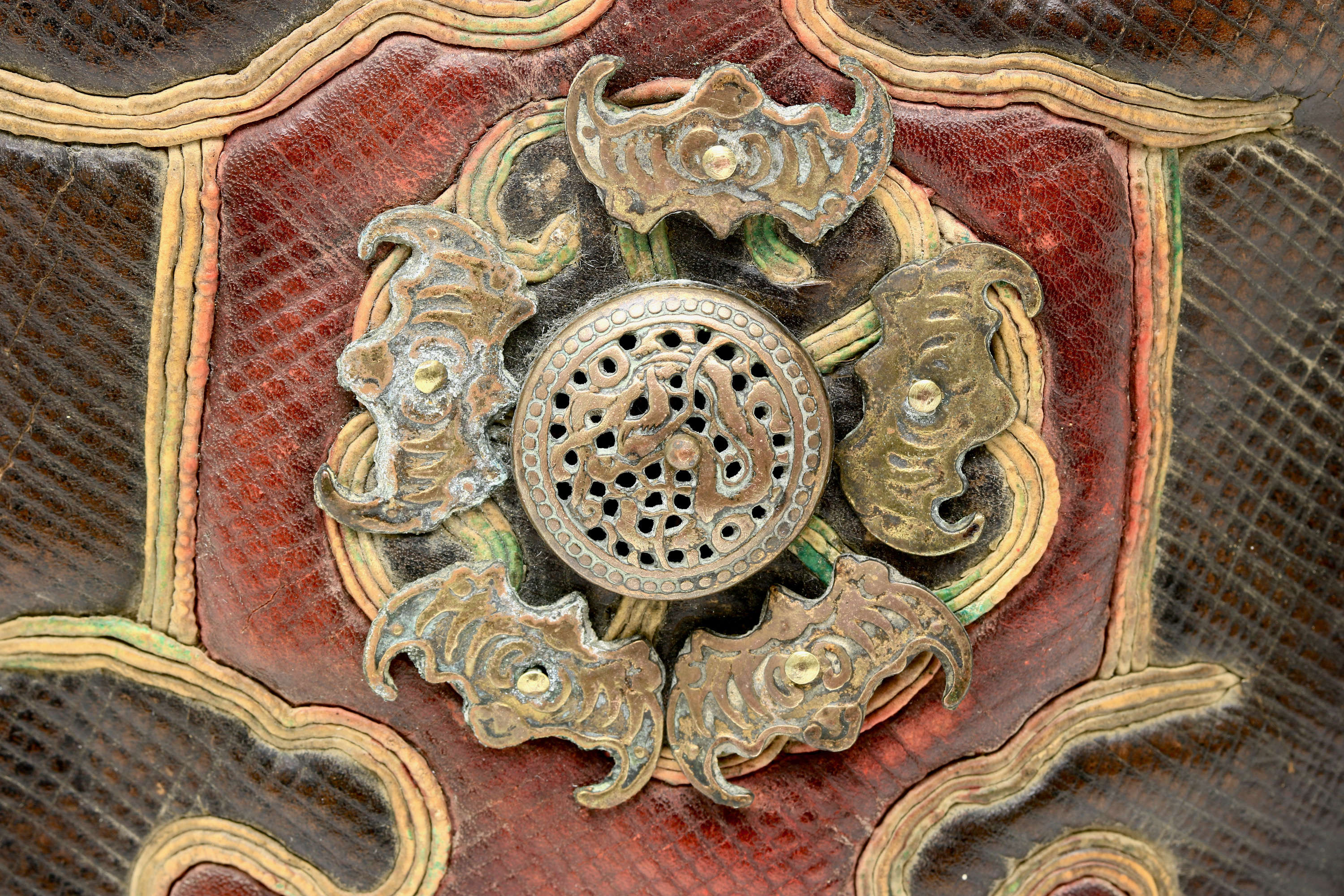 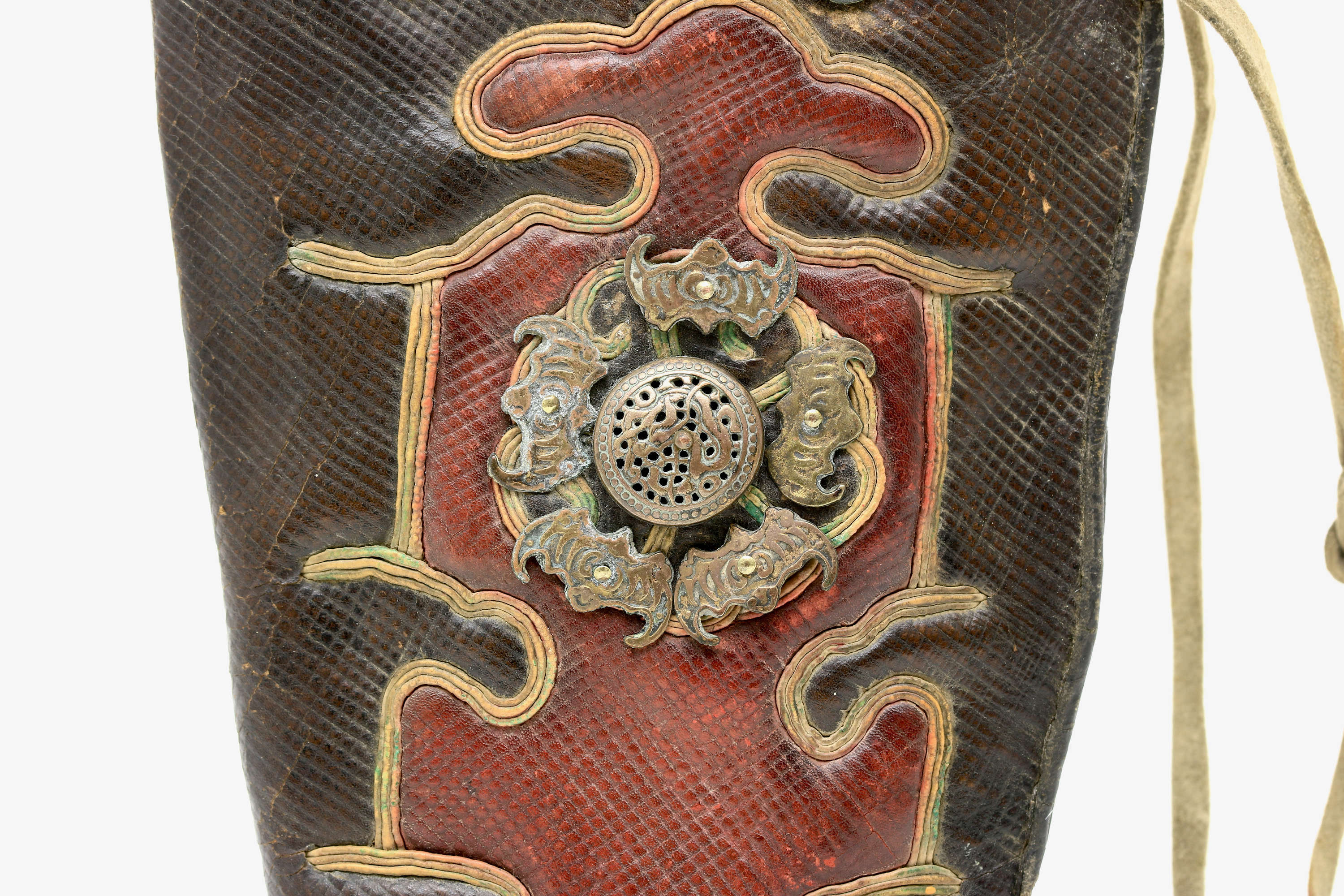 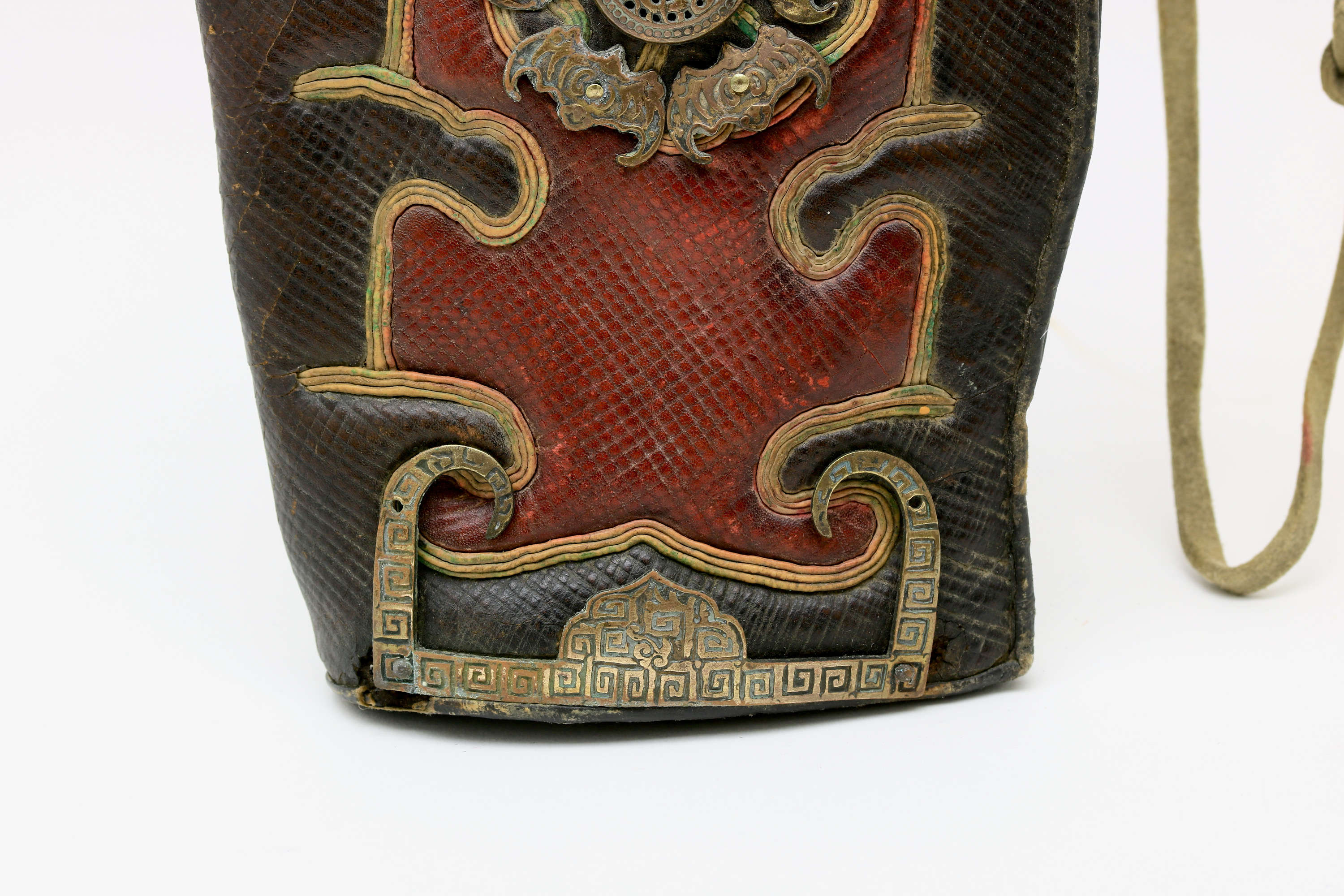 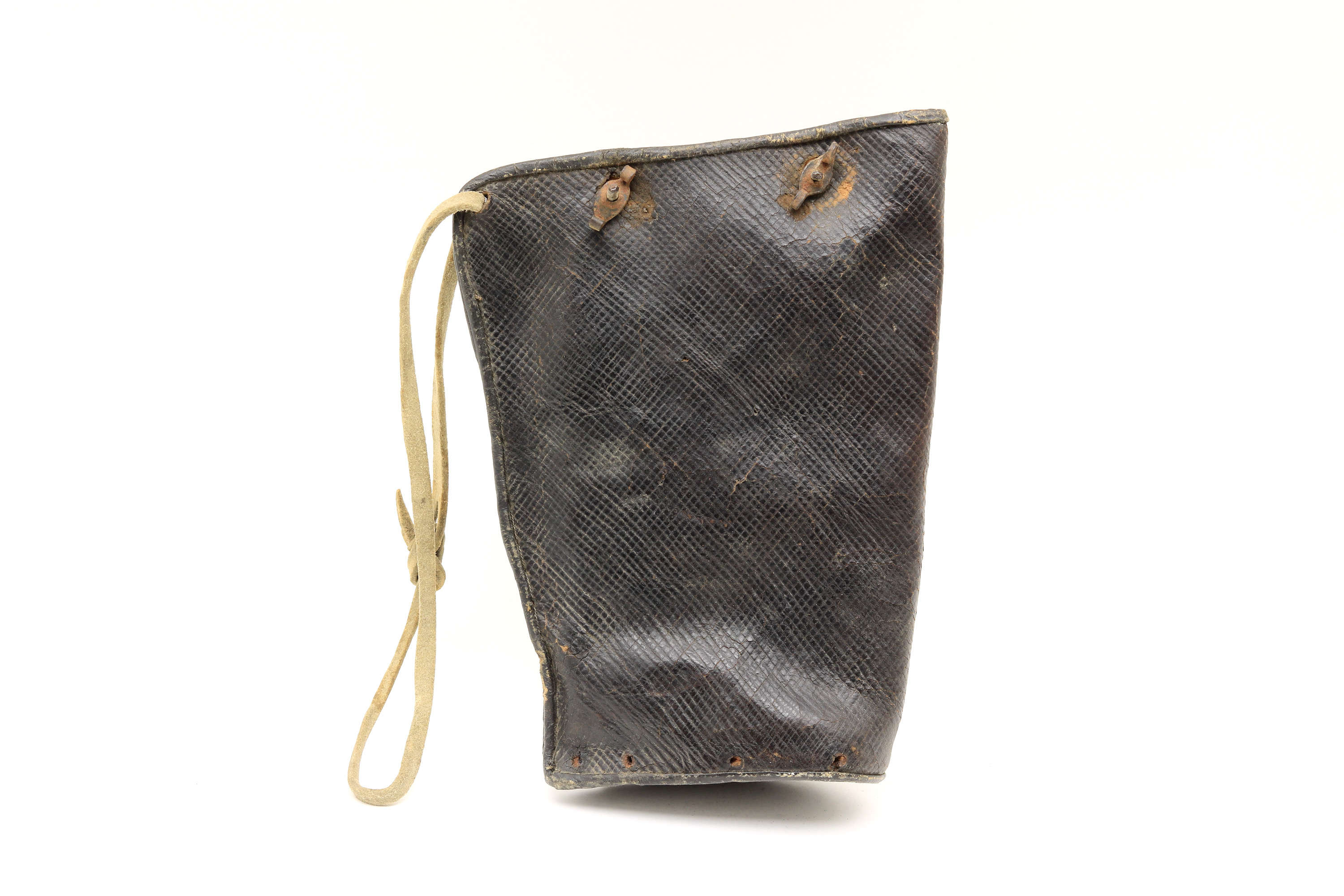 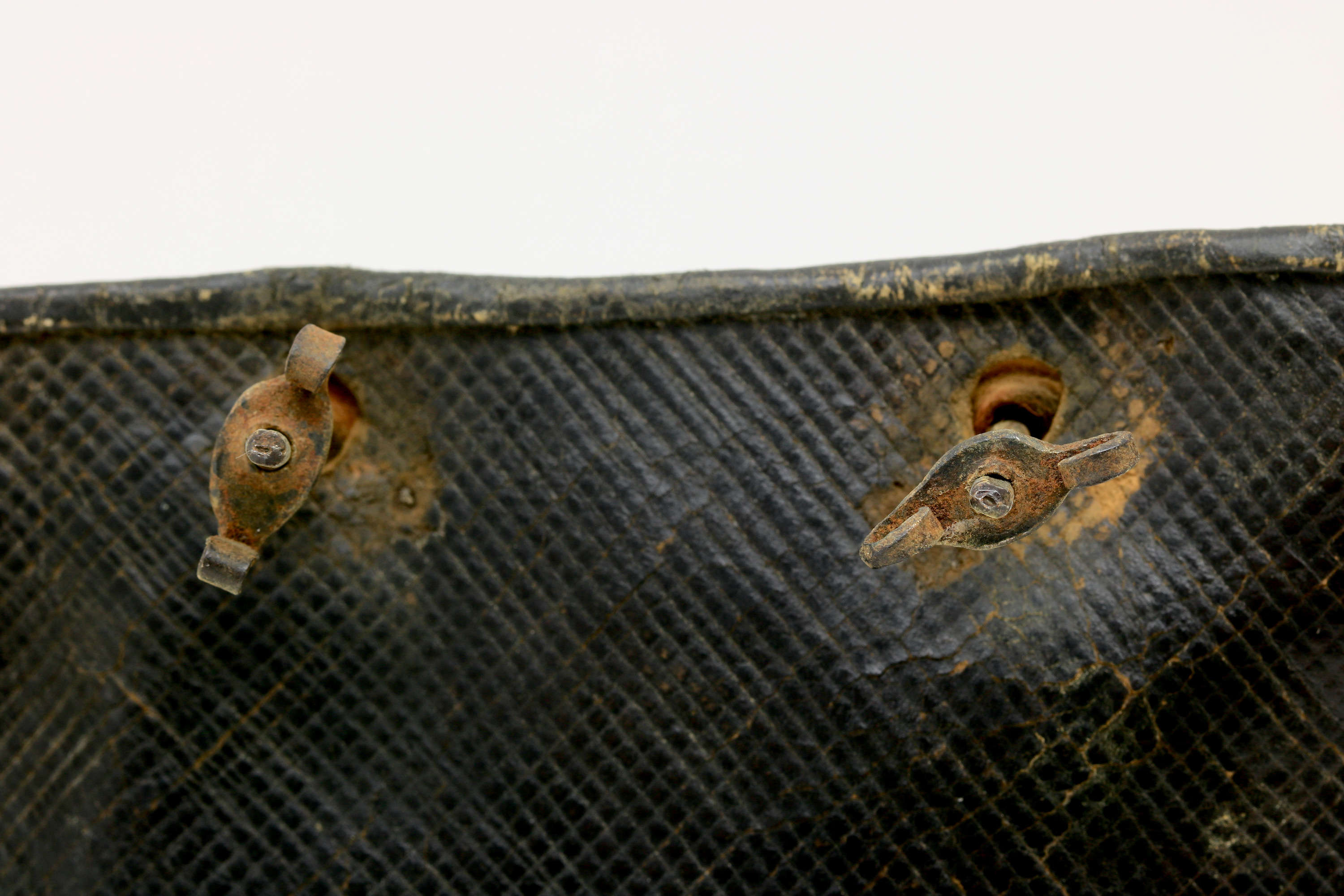 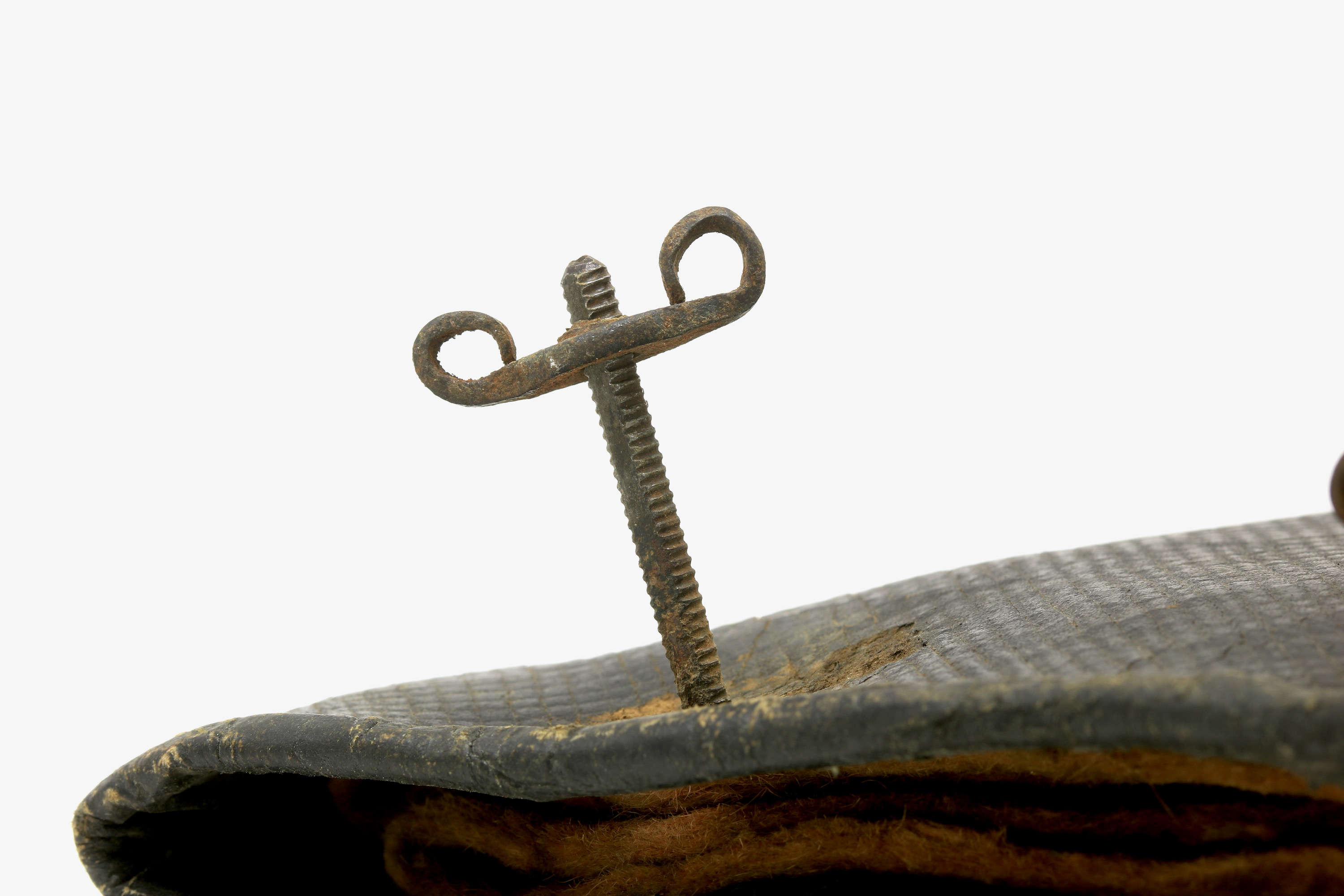 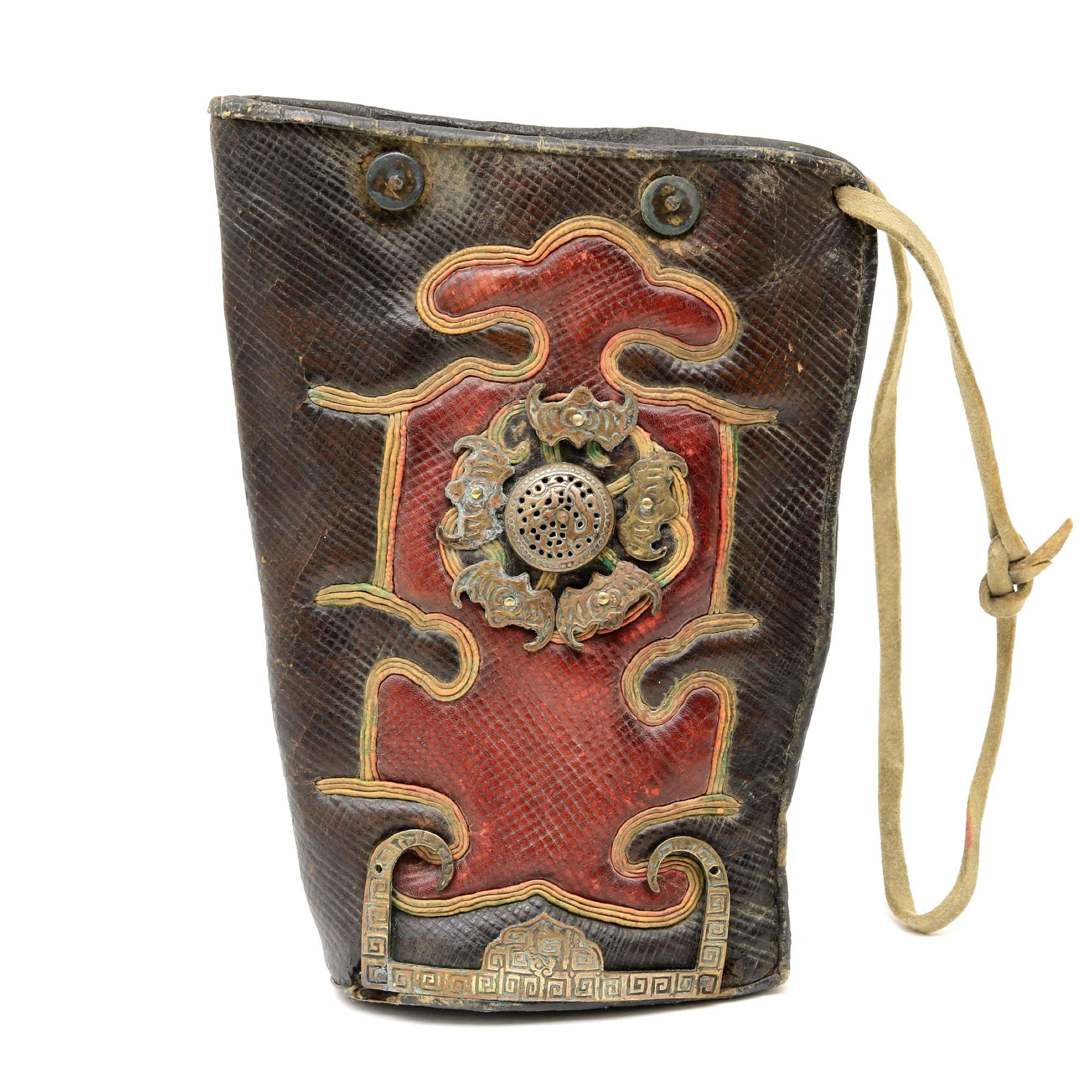