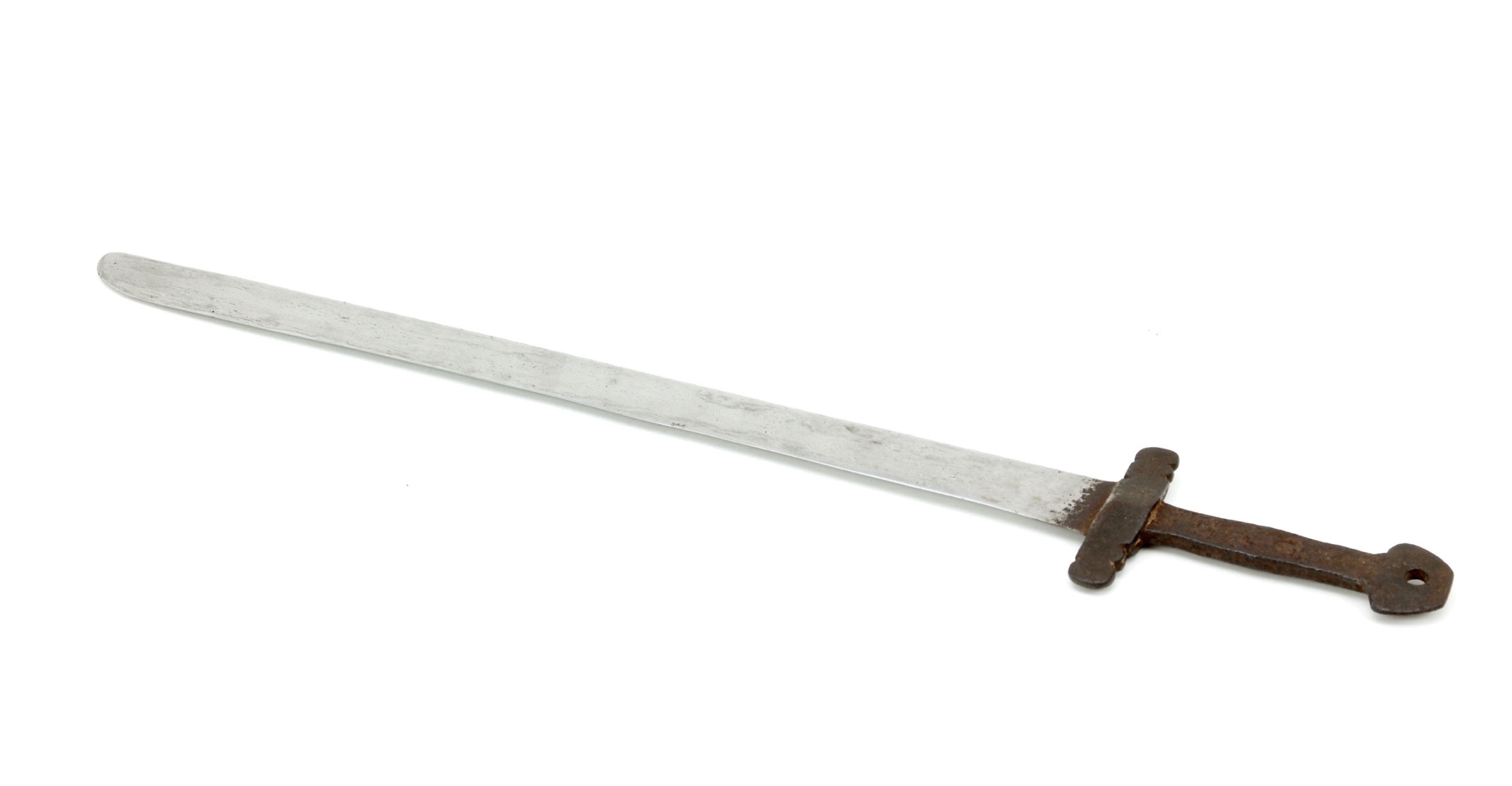 The fall of a Chinese dynasty was never pretty. Each time it happened, rebel bands and even large full-fledged rebel armies traversed the country. Local people armed themselves with rudimentary weapons in order to protect their villages, food, and family. They organized themselves in local militia, that armed themselves with a variety of weapons including spears, dāo and jiàn.

You can read more about them and the militia jiàn in my glossary article: Tuánliàn jiàn (團練劍)

The militia weapons that were used in the Ming-Qing transition period tend to be short, heavy jiàn. Here is a somewhat rare example of a tuánliàn dāo of this period.

The surfaces are fairly flat. Some distortion to the edge profile through repeated sharpening during its working life. The sword also has a slight forward bend. This is because of the differential heat treatment that was common in the Ming. Such a treatment required the smith to make a forward curved sword, and during the heat treatment it pulled straight. If a sword like that is polished again and again, it will somewhat tend to retake its former shape.

The blade has been cleaned by a previous owner. It was done quite well, revealing details of its construction without having taken away too much material. It shows rather finely forged steel, in a wood grain pattern. The grain suggests the use of straw ash as flux, which was typical for early Chinese sword making until imported borax became more popular.

This is observed on old Japanese and Chinese single edged straight swords preserved in the Shōsō-in, and also on Tibetan swords. See for example Tibetan sword I sold some time ago: Rare early Tibetan sword.

The piece has a rather thick tang and integrated pommel, with a lanyard opening in the pommel. All typical Ming stylistic features. It also has a crossguard, a feature that was prevalent on Chinese swords until the Ming dynasty. By the late Ming, disc guards inspired by Japanese swords became the most popular but crossguards like this one were produced alongside them.