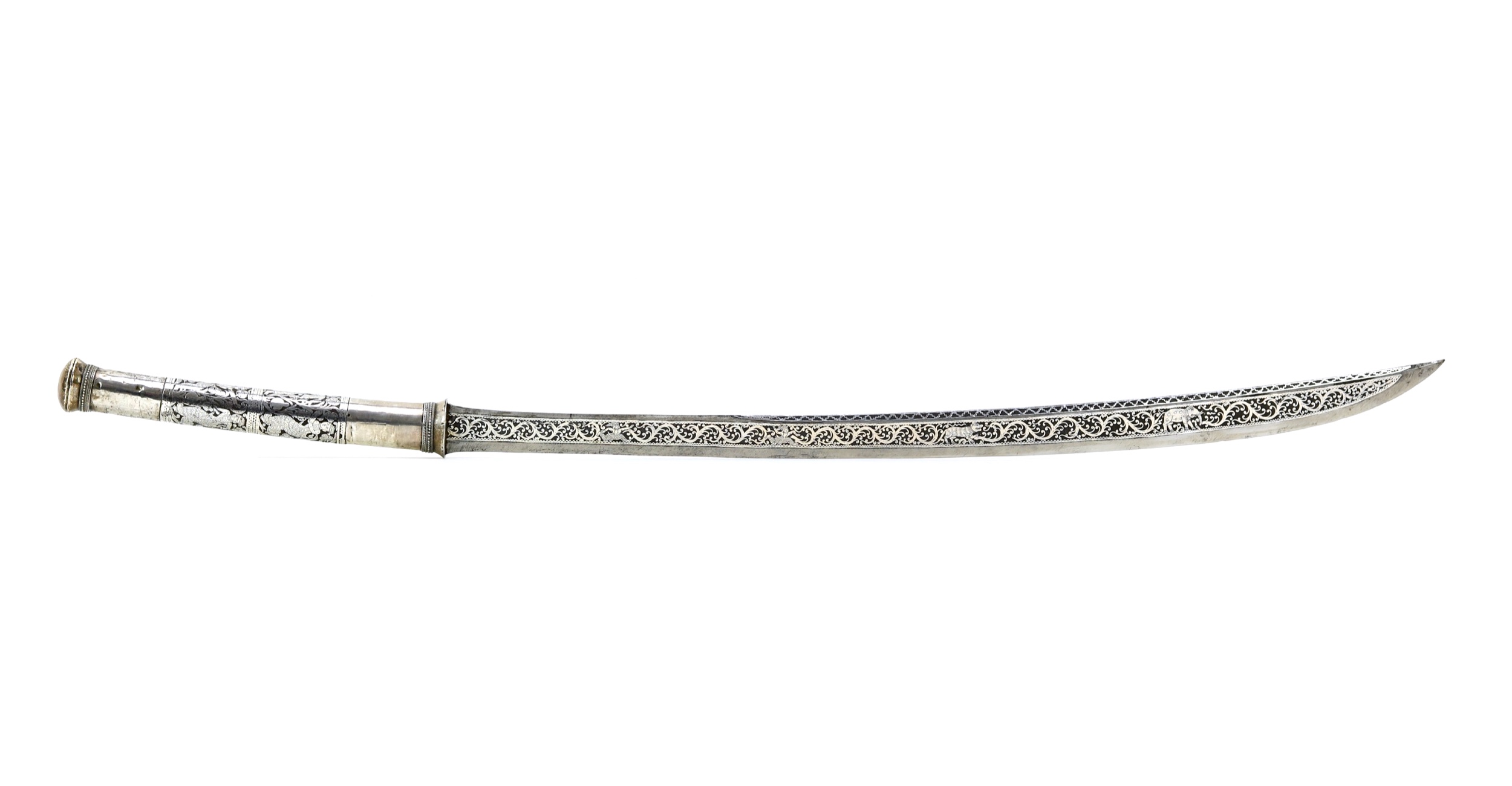 The inlaid dha and dagger blades of Mindan near Yamèthin are well-known. The dhas are inlaid in gold, silver and brass.1

"Of the 26,221 workers and dependents shown in the census returns under the head of workers in iron and hardware, few can have been capable of executing anything more than the coarsest blacksmith's work. An exception must, however, be made in favour of the forgers of the inlaid knife-blades produced in Yamethin District, some of whose work is really meritorious." 2

The most thorough account on their work is Bell's monograph on Iron and Steel production in Burma:

A nice example with a strong and relatively heavy blade with a long back bevel that runs roughly two-thirds of the blade's length. The blade's center section is entirely crosshatched to receive its fine silver overlay, the background of the steel is blackened to make it stand out in bright contrast.

The designs are typical Burmese chu-pan scrollwork with on the right side: two figures, a tiger, and an elephant. On the left side are three figures and a tiger.

The long backedge is decorated with a zig-zag pattern of silver wire overlay.

The hilt is covered with silver sheet with decorative silver wire braid at top and pommel ends. The mid section is made of iron with fine silver overlay of figures, probably portraying a story out of Burmese folklore.

Compared to the blade, the scabbard is quite humble as is often the case with this type of dha. (Especially when you compare them to the scabbards typically made by the neighboring Shan.) It has a wooden core with thick silver overlay in ten segments. Between the segments were zig zag wire inlays on resin, now mostly lost.

A fine dha that seems to be made in Mindan village. It has a strong, well-made blade with fine silver overlay in a sturdy, iron reinforced hilt. A nice dha that combines the ornate with the practical. 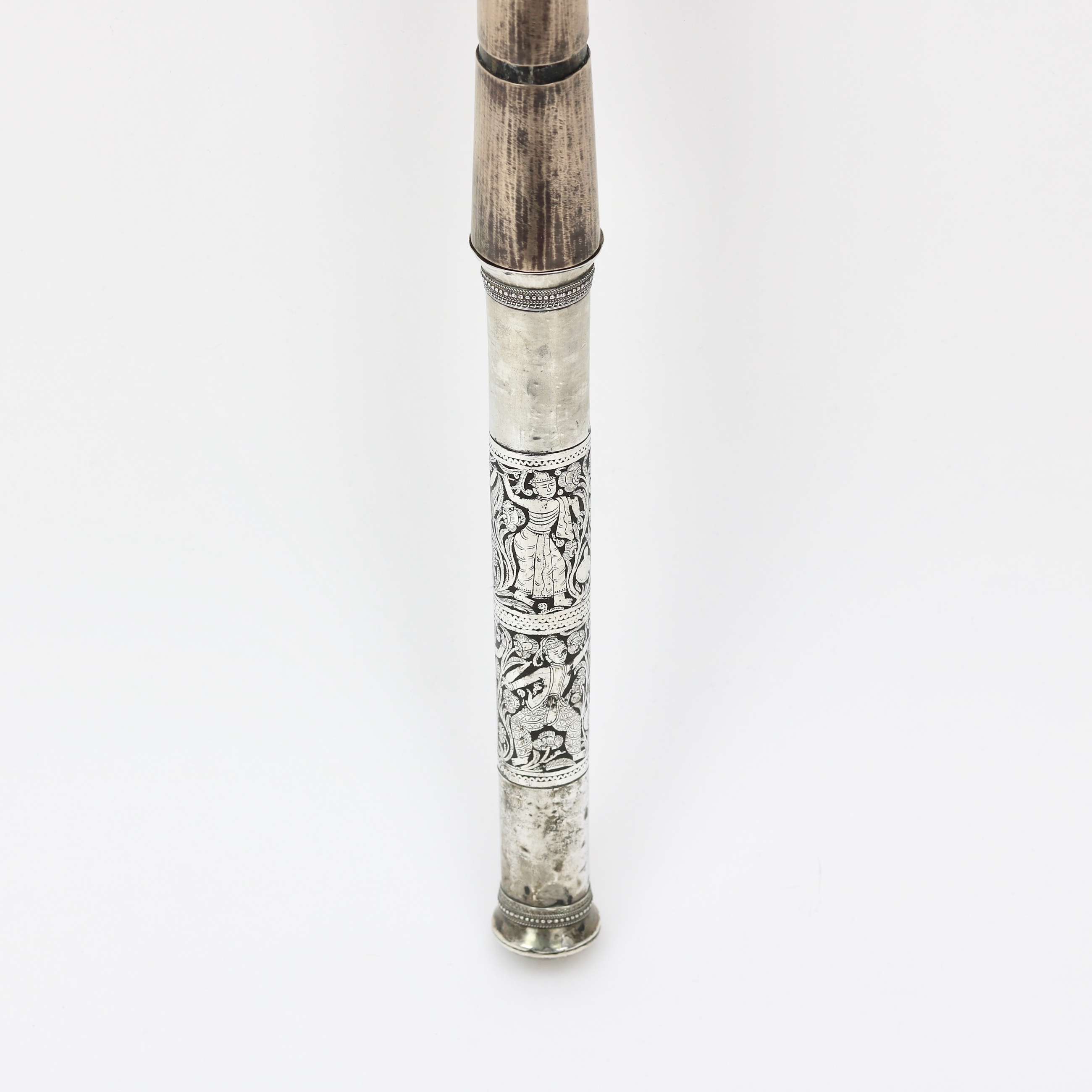