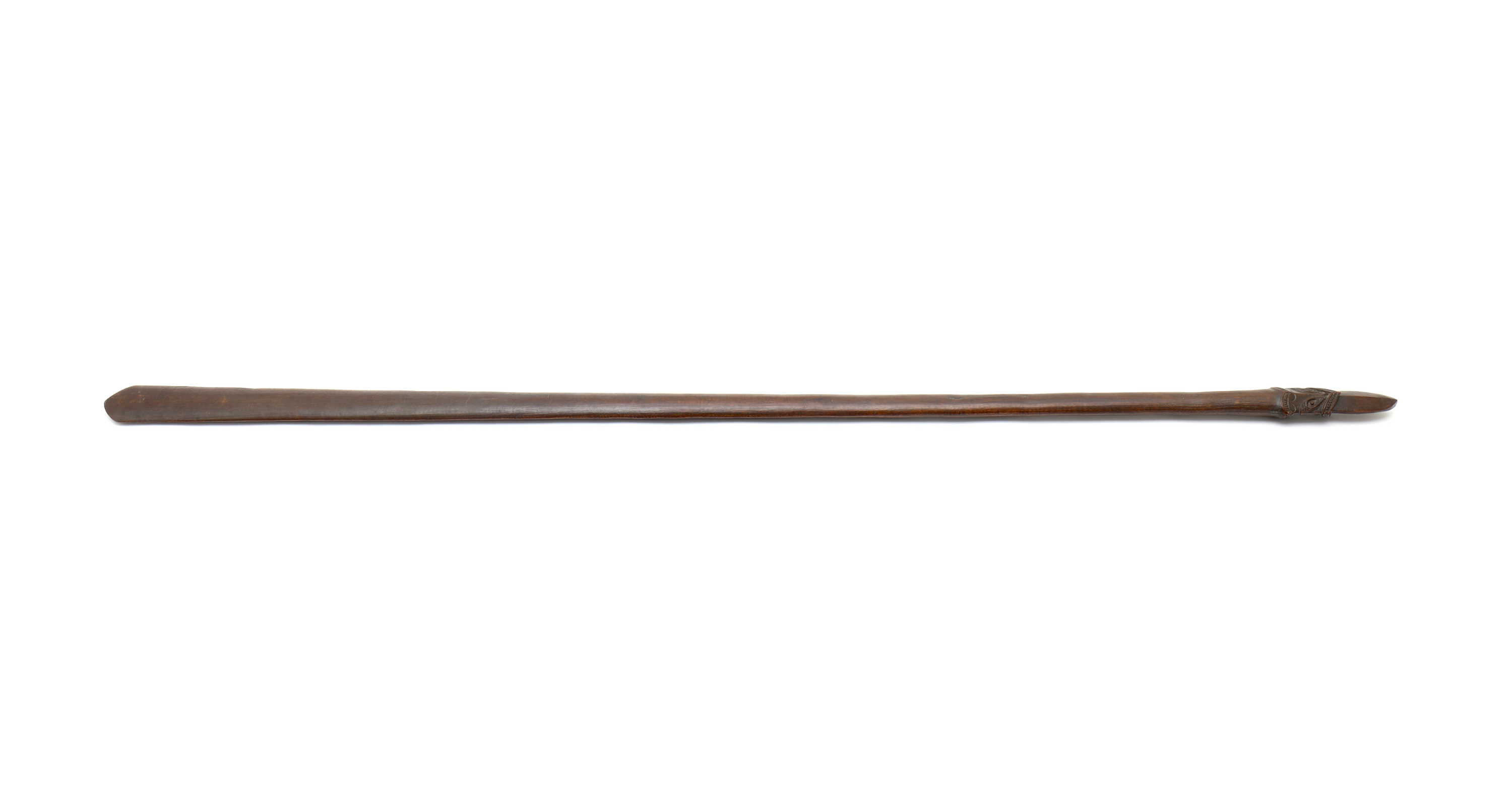 In the exact center

The taiaha is a two-handed war staff used by the Maori, also sometimes called hani. They are one of the main Maori melee weapons, practiced by both sexes. They come in different sizes, all with a widening double-edged front end and a spearhead at the back that consists out of a tongue that sticks out of a face with two eyes, seen on either side.

Ornate examples were also carried as status symbols and used by orators to add spectacle to their stories. These sometimes had the eyes made of mother-of-pearl, and exquisitely carved faces and tongues.

The practical fighting versions were often simpler in execution, retaining the overall symbolism but without the delicate carving.

A nice example of a Maori war staff, of the practical fighting type. Made of heavy, dense wood with a smoothened patina and slightly wavy surface from age. There is some old damage to one side of the edge, possibly from contact with another club.

"In an old specimen, the surface of the weapon, especially where grasped by the hand, is
highly-polished, and has a peculiar ripple-like feel, caused by the scraping or
smoothing of the surface with the edge of a shell or some similar cutting edge."
1 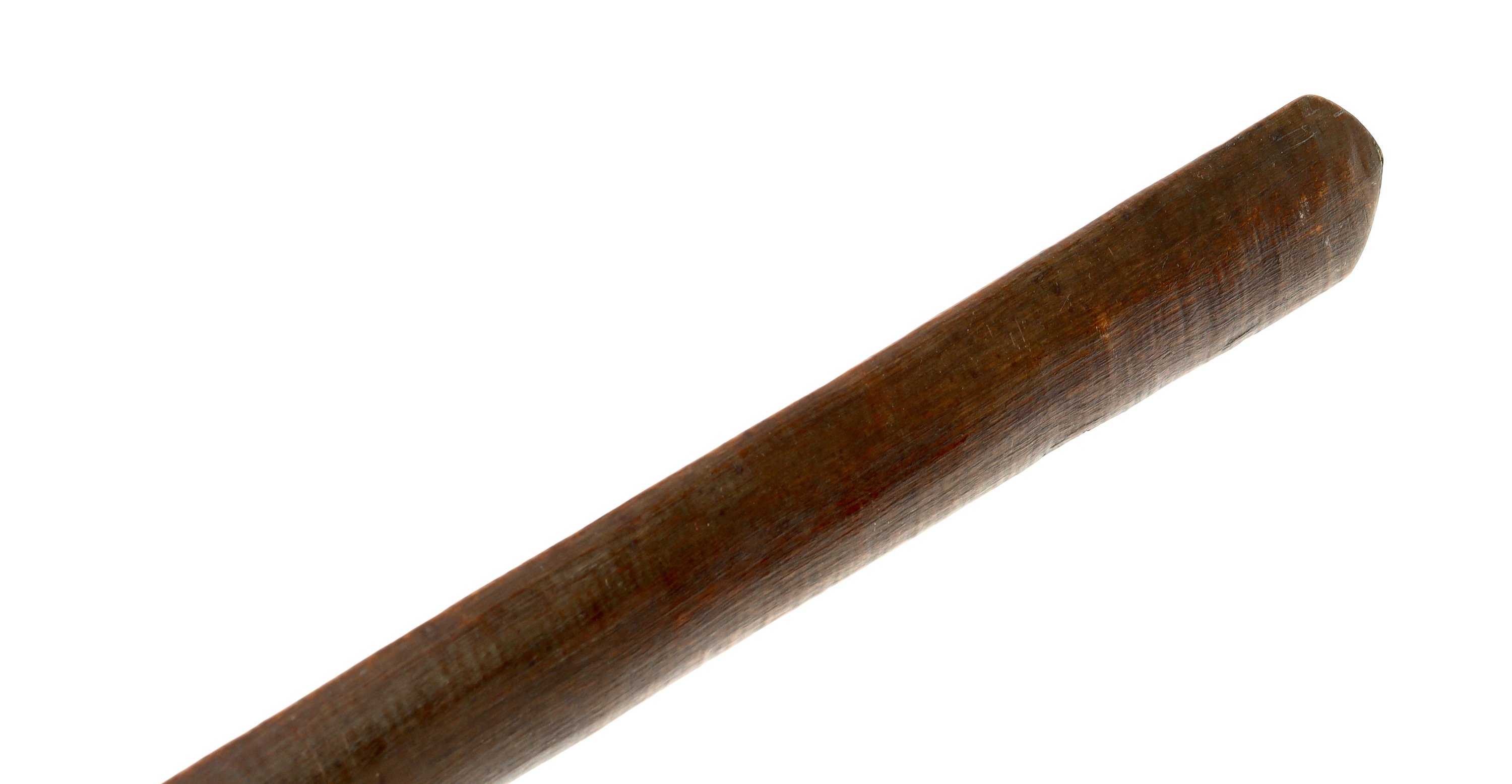 Surface of the staff. showing the ribs that Hamilton mentions.

The head, called upoko is deeply carved with a face on either side, the arero (tongue) is smooth with a central ridge like a double-edged spearhead.

Because of their visual appeal, the intricately carved ceremonial taiaha are more common in collections today. Among the simpler, practical examples we find the following in notable museum collections:

Made of palm wood, entirely decorated with plaited work.