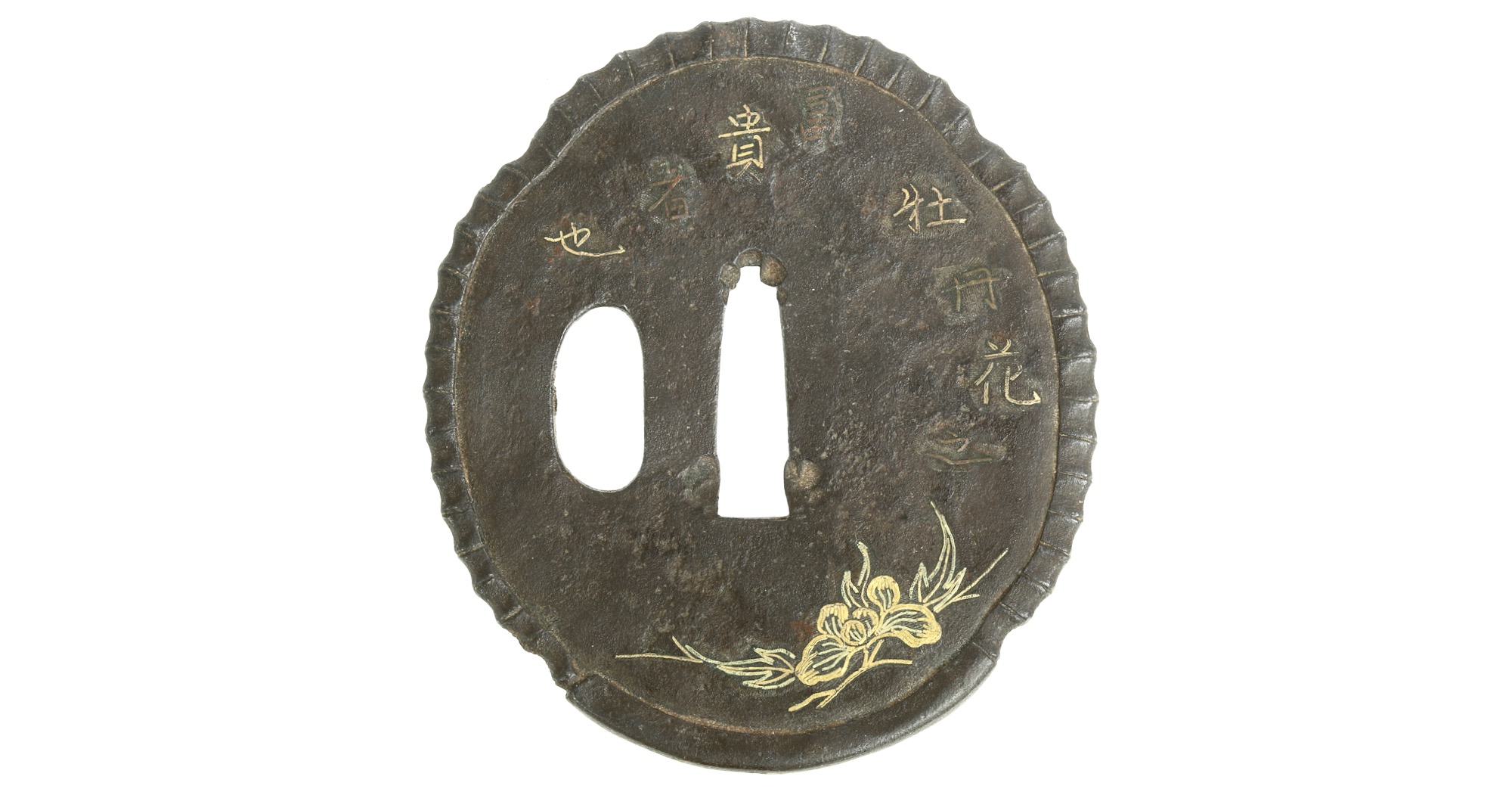 Korean ceremonial sabers of the Joseon dynasty are pretty small and often exhibit a mix of Chinese and Japanese influences. See for example this byeolungeom sold here recently.

This is almost certainly a Korean guard that made it to Japan, where it was subsequently mounted on a dagger or shortsword. One can see the tang aperture was originally made for the Korean tang which was of rectangular cross-section, and later expanded to fit a conventional Japanese tang.

Korean guards are often pierced with one or two openings, like on Japanese sword guards tsuba. On Japanese arms they serve a function, the Japanese often carry a little knife and hairpin in the scabbard alongside the blade, and their handles can thus protrude through the guard. In cultures whose arms are influenced by Japanese sword culture, among them Vietnamese and Koreans, we see that these apertures are often copied even though there is no tradition of wearing such implements in the scabbard. As a result, the holes are often of an odd size and / or shape, and / or placed where they are of no use. The same goes for this guard, with a comparatively small aperture that seems too small for actual use and thus purely a stylistic element.

The guard is decorated with fine wire inlaid on a cross-hatched background. The golden lotus flower and butterfly are done in subtle two tones of gold. The letters are done in gold, silver and copper. See a video of Ford Hallamdemonstrating the technique.

The characters on the guard are part of a poem called "On the love of the lotus" (爱莲说) that was published in a collection of poems by a famous Confucian scholar called Zhou Dunyi who lived from 1017 to 1073 (Song dynasty).

The lotus was highly regarded in both Buddhism and Confucianism for emerging in the murky, muddy depths, growing towards the light and producing a pristinely white flower. The process was often likened to the path of enlightenment, or in this case, the way of the true scholar-gentleman.

Workmanship and stylistic features combined with the poem suggest geographic origins Confucian Korea, possibly from the middle Joseon period, corresponding to the Momoyama period in Japan.

It was published in James McElhinney article Orphans and strays. A pair of foreign sword guards.. He concludes: “We cannot prove that this guard arrived in Japan as a souvenir of one of Hideyoshi’s invasion of Korea, but we can infer that it had been made for a literate person of learning and refined tastes."1. 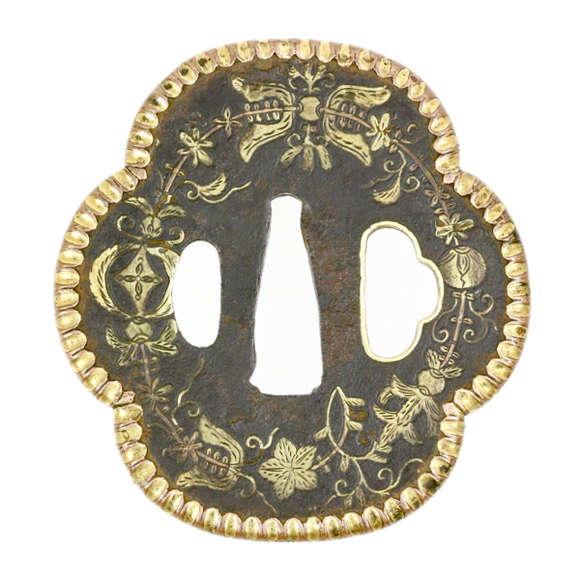