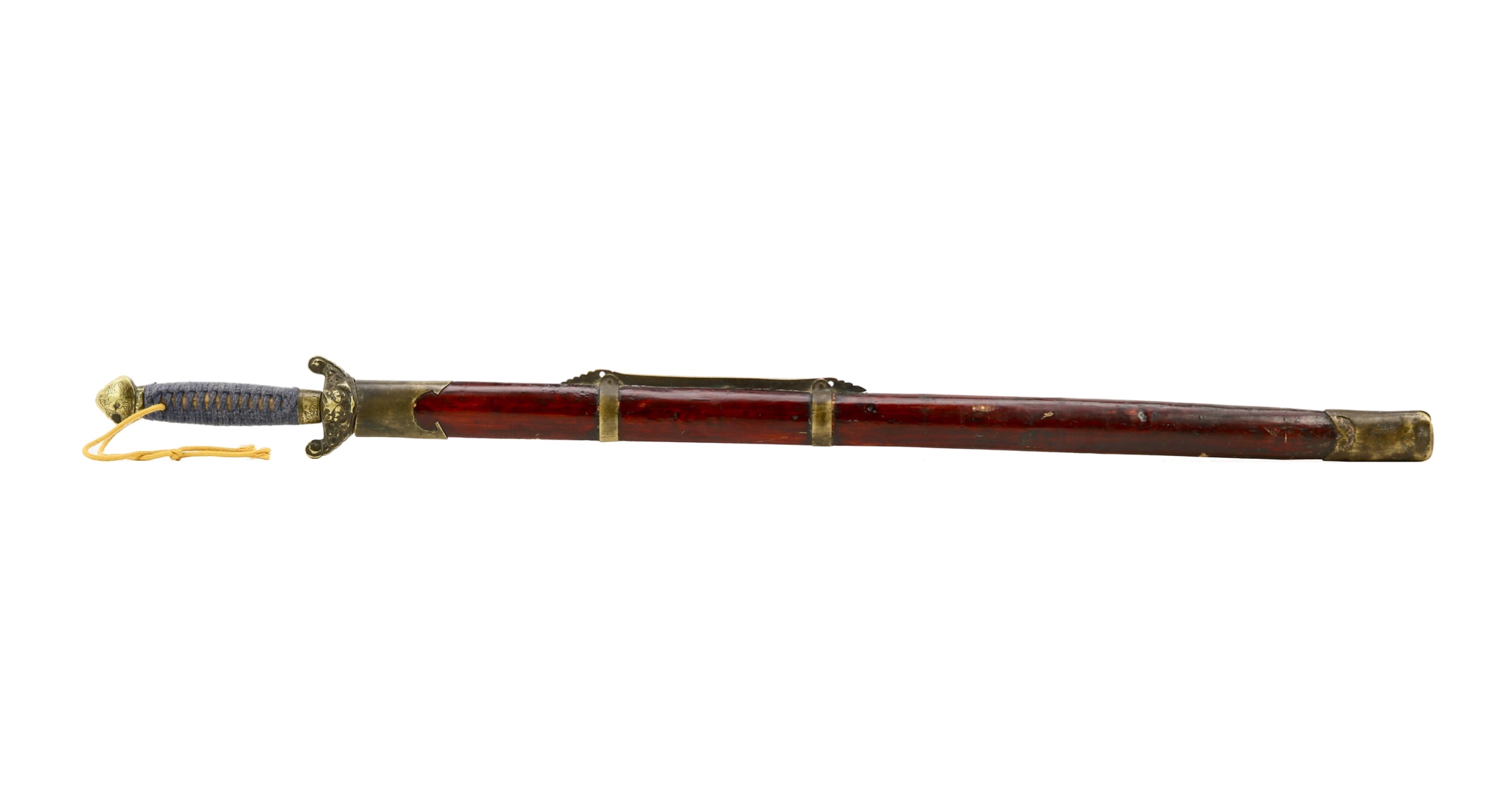 (from grip side of guard)

A full-length jiàn of the late Qing. Jiàn of this type vary from pure training tools to serviceable weapons. This one belongs to the latter category.

The long, slender blade has a shallow, central groove from about a quarter up the blade to a few cm from the tip. There are vague remains of a punched design on one side, this was probably a dragon. There are seven small brass inlaid dots on the blade, visible on both sides. They represent the Big Dipper. See my glossary article Běidǒu (北斗) for more about the meaning of these "stars".

The blade is of a good, stuff temper and still quite sharp. Minor pitting near the tip.

The hilt comprises of a brass zoomorphic guard which was cast to the basic shape and then chiseled for further detail. The image is that of the Tāotiè (饕餮), an ancient mythical creature whose name literally means "gluttonous". One story goes that it was so hungry that it ate its own lower jaw. On a more philosophical level, it represents the self-consuming mystery that is life.

Ferrule and pommel are engraved with floral designs, a stylized lotus prides on the pommel. The lotus makes its way from the muddy depths, growing towards the surface and unfolding a pristine flower. In much of Asia, the lotus is, therefore, a symbol of the path towards enlightenment. The peening at the back of the pommel is intact and undisturbed. There is a very slight play in the hilt.

It retains its original wooden grip. I did the wrapping with natural cotton cord about 15 years ago. It is still tight. The lanyard is also a later addition by me.

The sword comes complete with its old scabbard. Made of wood, lacquered a deep red. The mounts are all made of sheet brass, with the traditional cutouts that represent heavily stylized cloud formations. It has a suspension bar, attached to two suspension bands that go around the scabbard. This is a rather saber-like configuration, but sometimes seen on straightswords such as this one.

A charming example of a late Qing jiàn. It is on the light side of the spectrum among the antique jiàn that were made for actual use, but its balance ensures it still packs a decent punch. It has a well-tempered, serviceable blade that is still sharp. 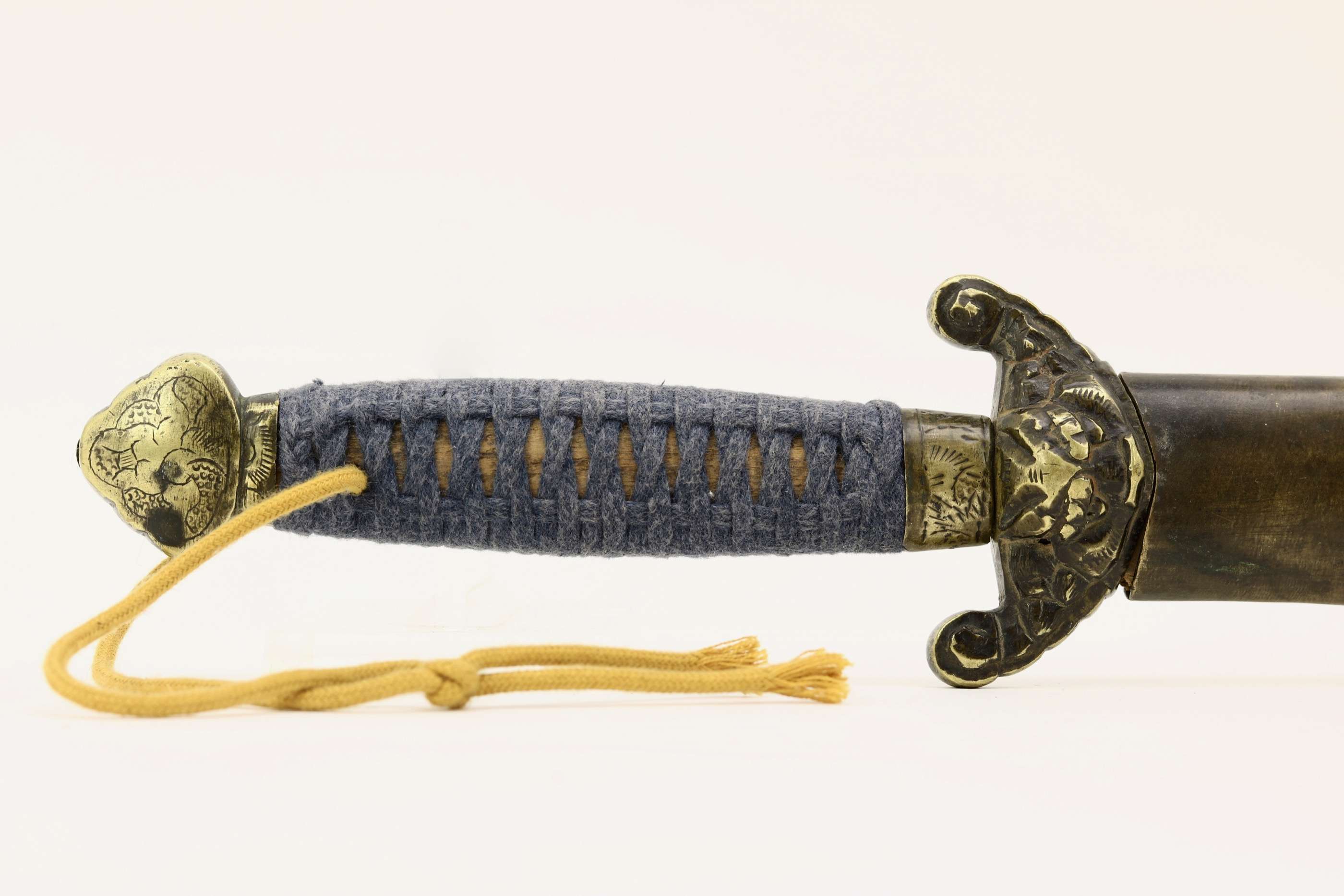