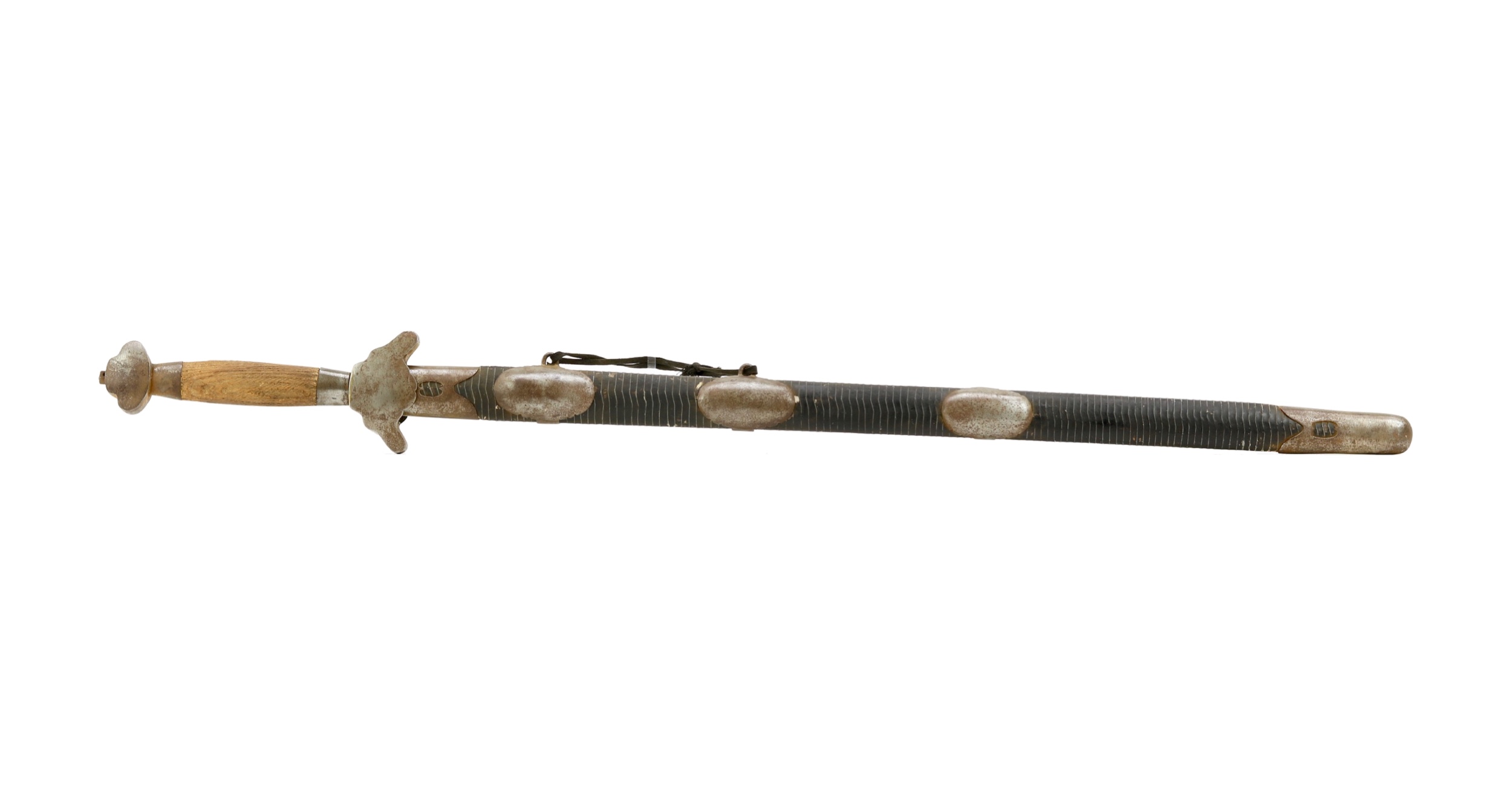 (Tip to handle side of guard)

After several defeats of traditionally trained armies against modern Western armies, many Chinese military leaders started to embrace modern warfare and leave traditional martial arts behind. Families of martial arts instructors had to find a new purpose for their arts.

The Chinese Republican period (1912–1949) saw a great revival of traditional Chinese martial arts, then called Guóshù (國術) and was a formative period for Chinese martial arts as we know them today. Now recognized as sports and health practices, forms were once again practiced and started to become a source of nationalist pride.

A fairly typical example of a Republican period jiàn (劍) or straightsword. The blade is plated with chrome, like many of them were in this period. It does not seem to be hardened much but does give a beautiful ring when pulled out of the scabbard. It has a center ridge, nicely shaped point, and no ricasso like had become almost the norm by then.

Hilt and scabbard mounts are made of iron, as opposed to the brass that was common among republican era jiàn. The hilt is secured with a threaded tang and nut. Such a construction looks quite modern but is already found on a small number of Chinese arms from the early 19th century onwards.

The wooden grip section remains unwrapped but can be wrapped in the traditional manner by me as per request for an extra fee. It holds nicely as "is as" well.

The scabbard is made of two pieces of wood that were glued together, wrapped with metal wire, lacquered and polished. Some minor damage here and there but overall in pretty good condition.

A nice old training jiàn of a period when Chinese martial arts once again experienced a revival. Its iron mounts and absence of a ricasso are more classic features that remind of the fighting jiàn of a century or so earlier.