It is built around a beautifully forged blade, in full polish by Philip Tom, revealing a burl grain pattern on the forge folded layers that flank its inserted high-carbon steel edge plate. The edge, in turn, was heat treated, showing subtle cloudy effects of the crystallization of the carbon. The blade has no grooves, so the forge folded patterns can be enjoyed to the fullest. The work is very tightly forged.

The blade is long and starts fairly wide, reaching its greatest width at some 12 cm from the guard and then gradually narrowing and with a tip that sweeps up gently, reminding much more of the profiles seen on Ming sabers on artwork than the typical Qing style. It also has a subtle back bevel at the tip to further lighten this section for improved handling. These design elements are all hallmarks of southern Chinese work.

The hilt retains its original dark blue silk wrap which is now a dark greenish hue due to its age. The cast brass hilt mounts are decorated with archaic designs of kui dragons which were inspired by old bronzes collected by the Qing upper class. Such mounts were probably made in Guangzhou in the second half of the 19th century, as various antique sabers with similar mounts come with provenance from that area.

It comes with its original wooden scabbard with emerald green ray-skin covering, and a complete set of cast brass mounts with kui dragon decor that matches the hilt mounts.

The smart geometry with a subtle back bevel and tapering tip section lend this saber a much more lively and responsive feel than the bare numbers would suggest. Due to the size and where the balance is, this is probably a cavalry saber but it's nimble enough to serve well in regular infantry use as well.

Some losses to the wrap, what is there is fairly stable but not good enough for rigorous training with this piece. Minor play in the guard. Losses to the ray-skin at the scabbard and a missing sliver of wood at the top of the scabbard. Handle is fairly tight. Blade in near-excellent condition, almost entirely free of pitting. It retains its original contours and has no nicks.

A nice and large Southern Chinese saber, probably a privately commissioned piece for a mounted officer. It is built around a very nicely forged blade that shows off nice tight burl pattern. 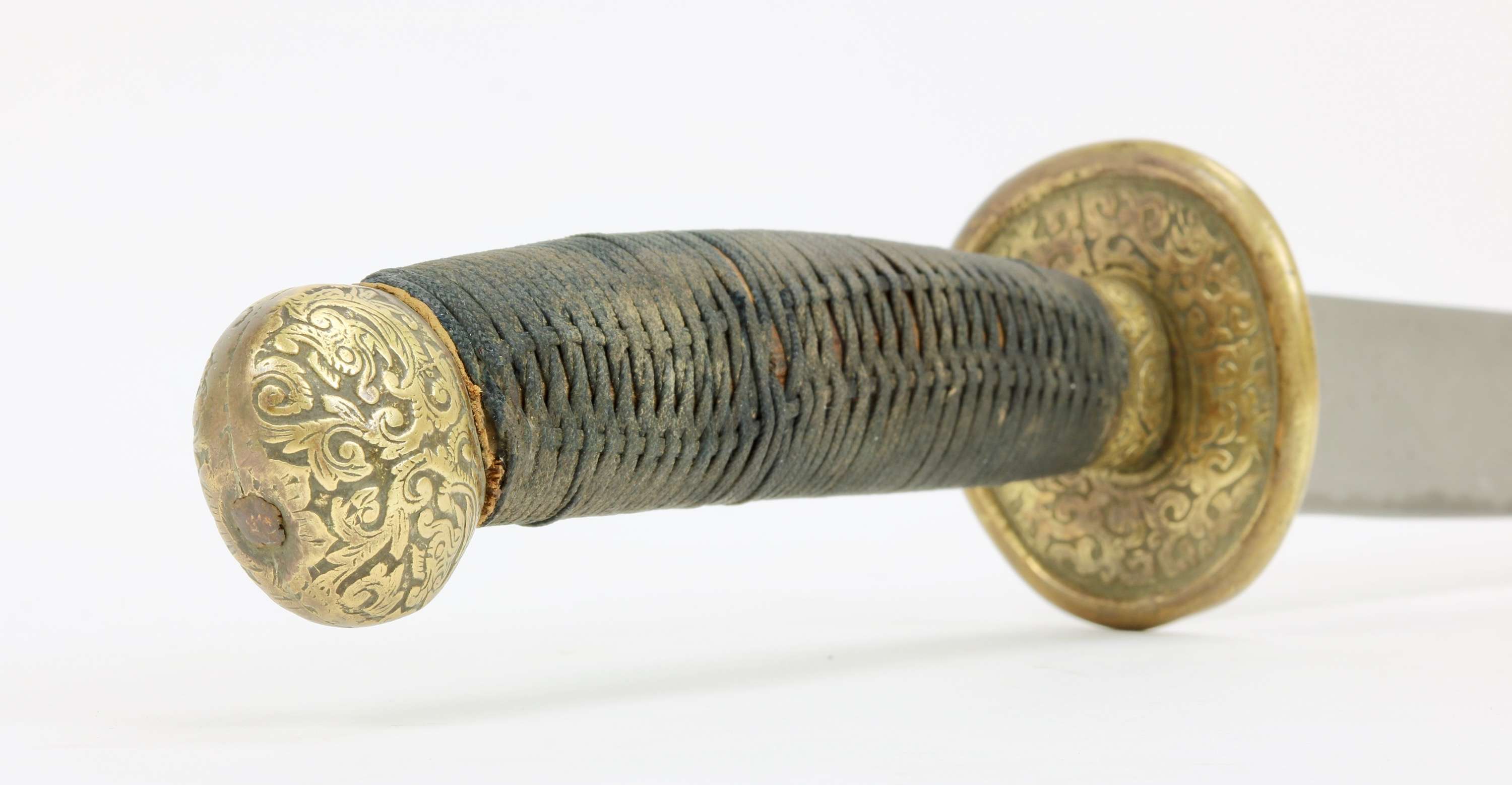 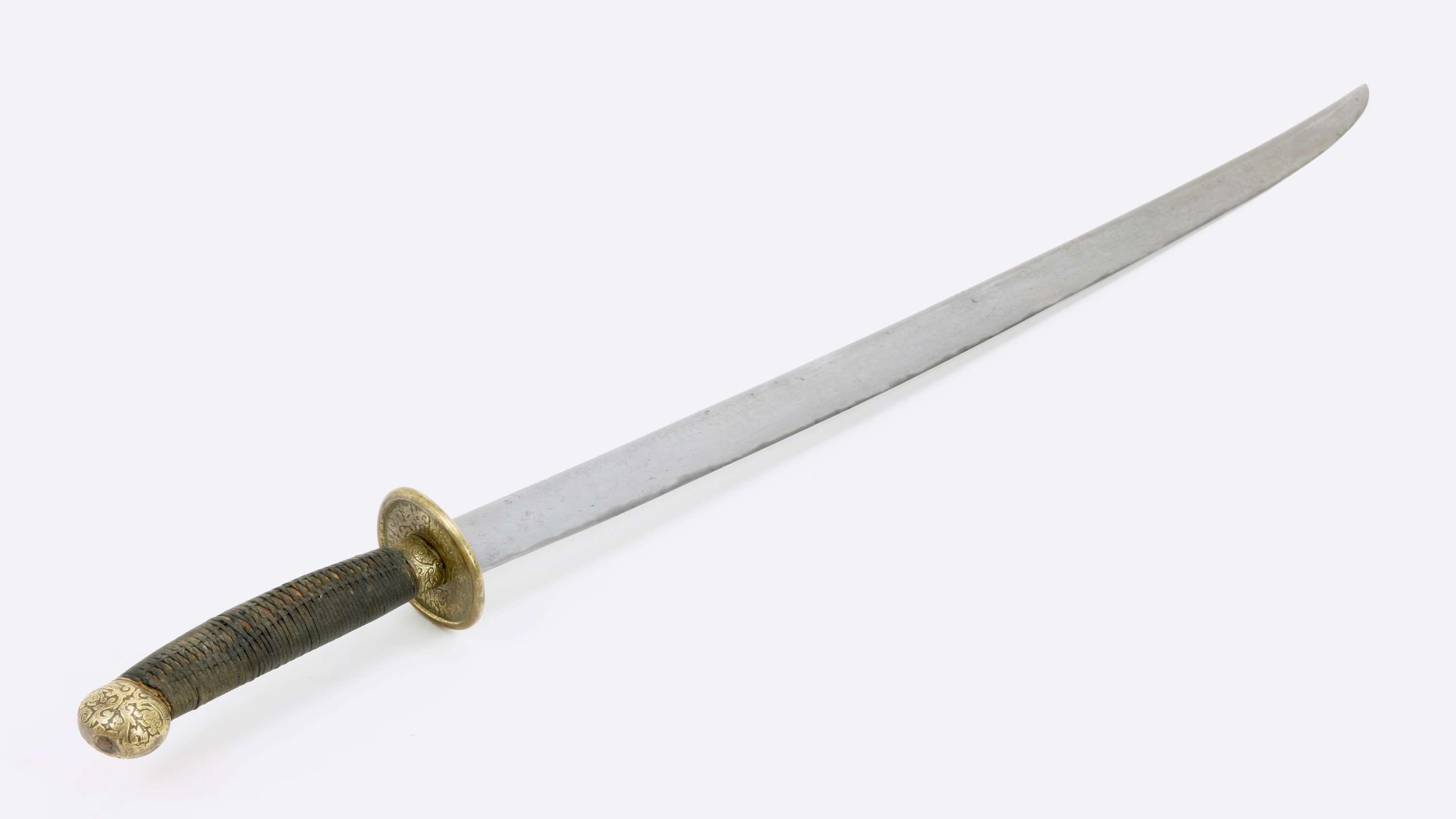 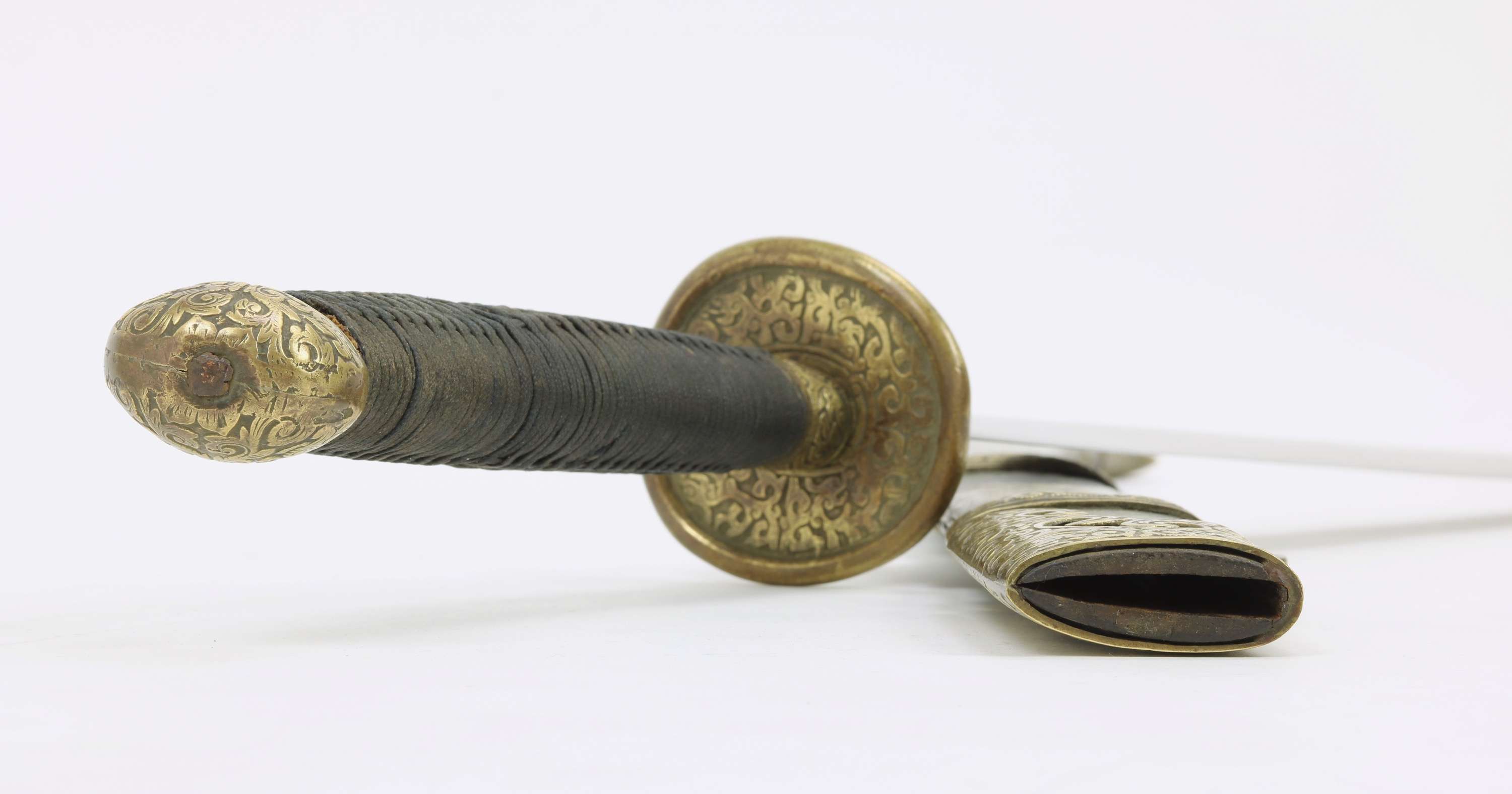