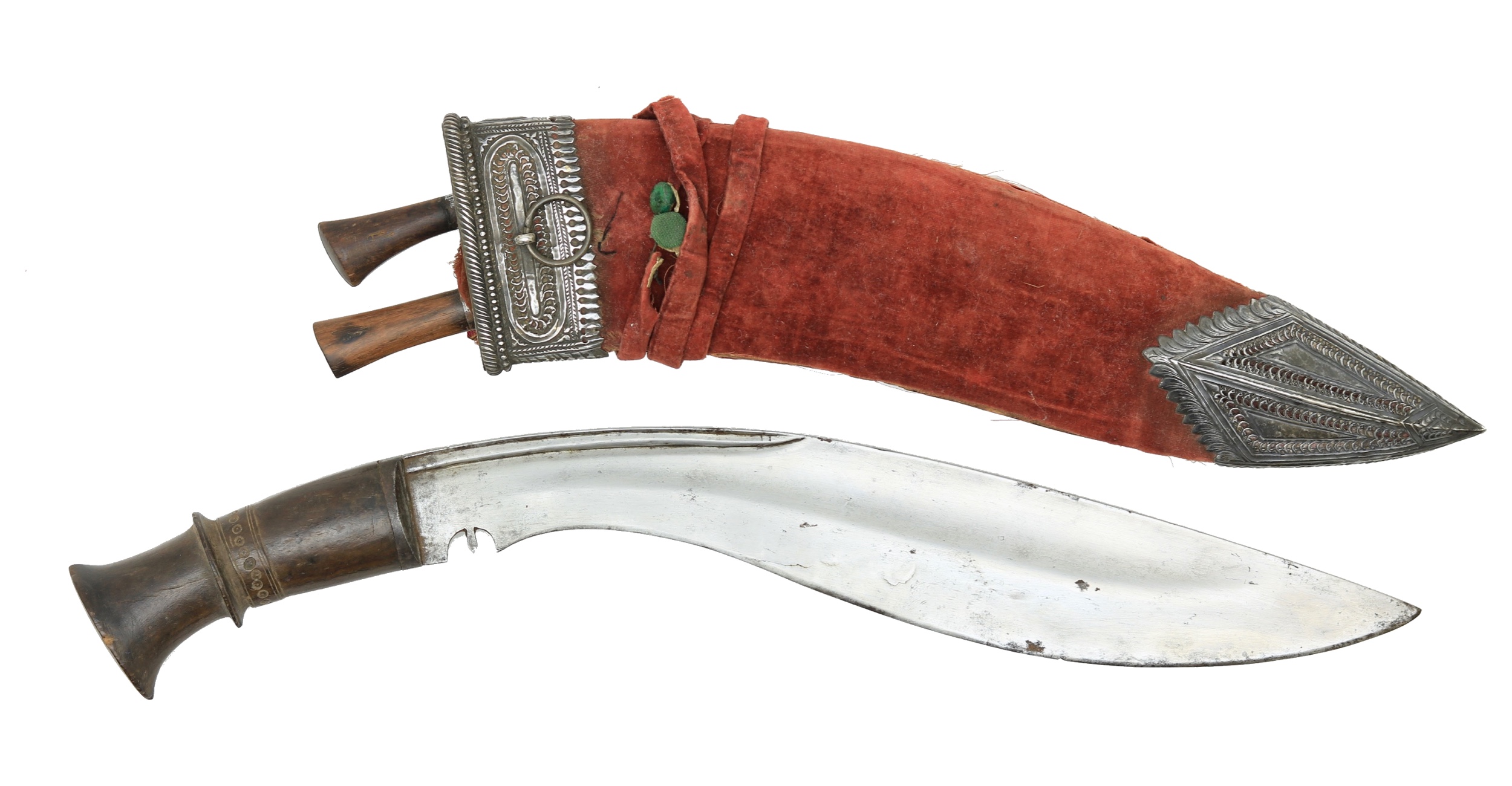 Formerly in the John Powell collection.

An unusually large example. The substantial, fat-bellied blade has a wide fuller (chirra) on either side. There are two narrow grooves running from the base to the "shoulder" of the blade. At the base there is the cho, a notch typically found on khukuri. The blade's surface shows evidenece of forge folding and some forging flaws in the laminations.

The wooden hilt is made of a single piece around the tang. It has a raised ridge and a band decorated with drill work. Between hilt and blade is an iron bolster.

The scabbard is covered with red velvet, now mostly worn. It is held together by two silver mounts decorated with pierced work in repousse. The silver now has a nice deep blue patina, something that indicates a very high silver content.

At the back is a pocket that holds the karda, a small utility knife, and the chakmak, a sharpening steel.

This example (behind) compared to more standard sized khukuri (front).

Like is often the case, handle wood shrunk over time, causing a small split. Because the wood shrinks such splits are rarely associated with any movement, and on this piece, the hilt is also still very tight. There is a small chip off the pommel end. Velvet is split on the scabbard edges. Pocket on the back is a recent replacement.

A very large Nepalese khukuri that regardless of its size feels nice and responsive in the hands. It has the velvet-covered scabbard with silver mounts that only the more wealthy people could afford. 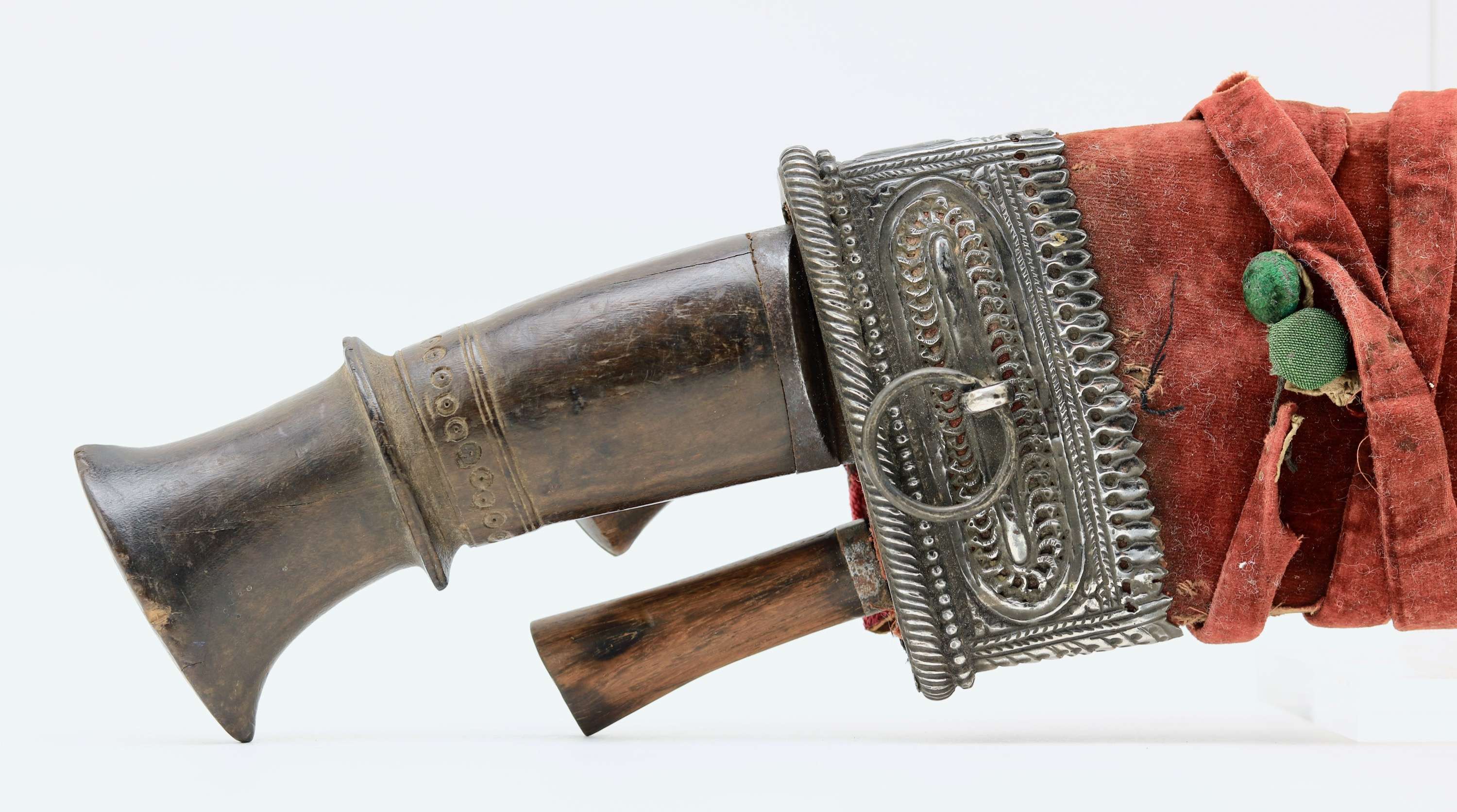 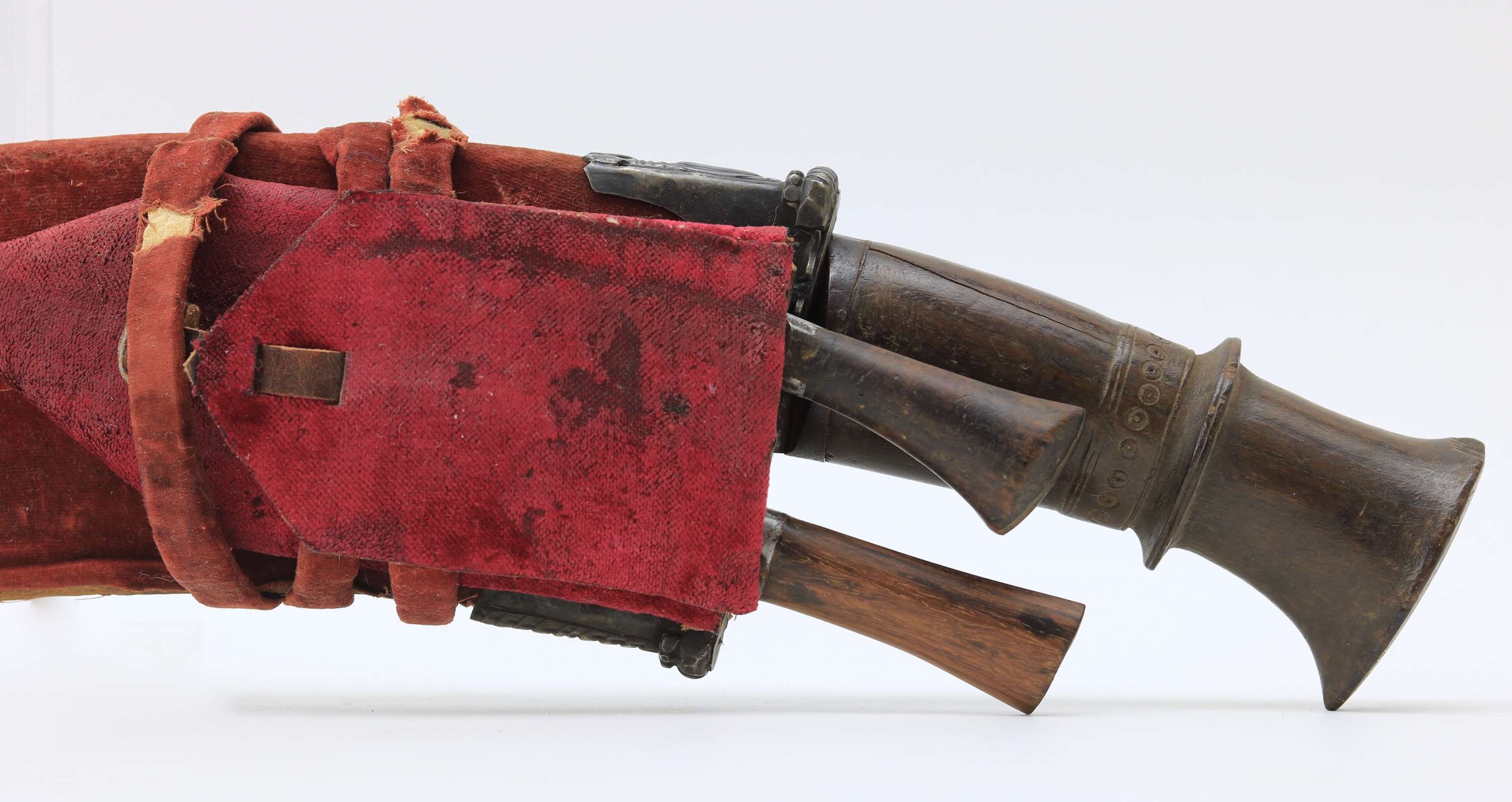 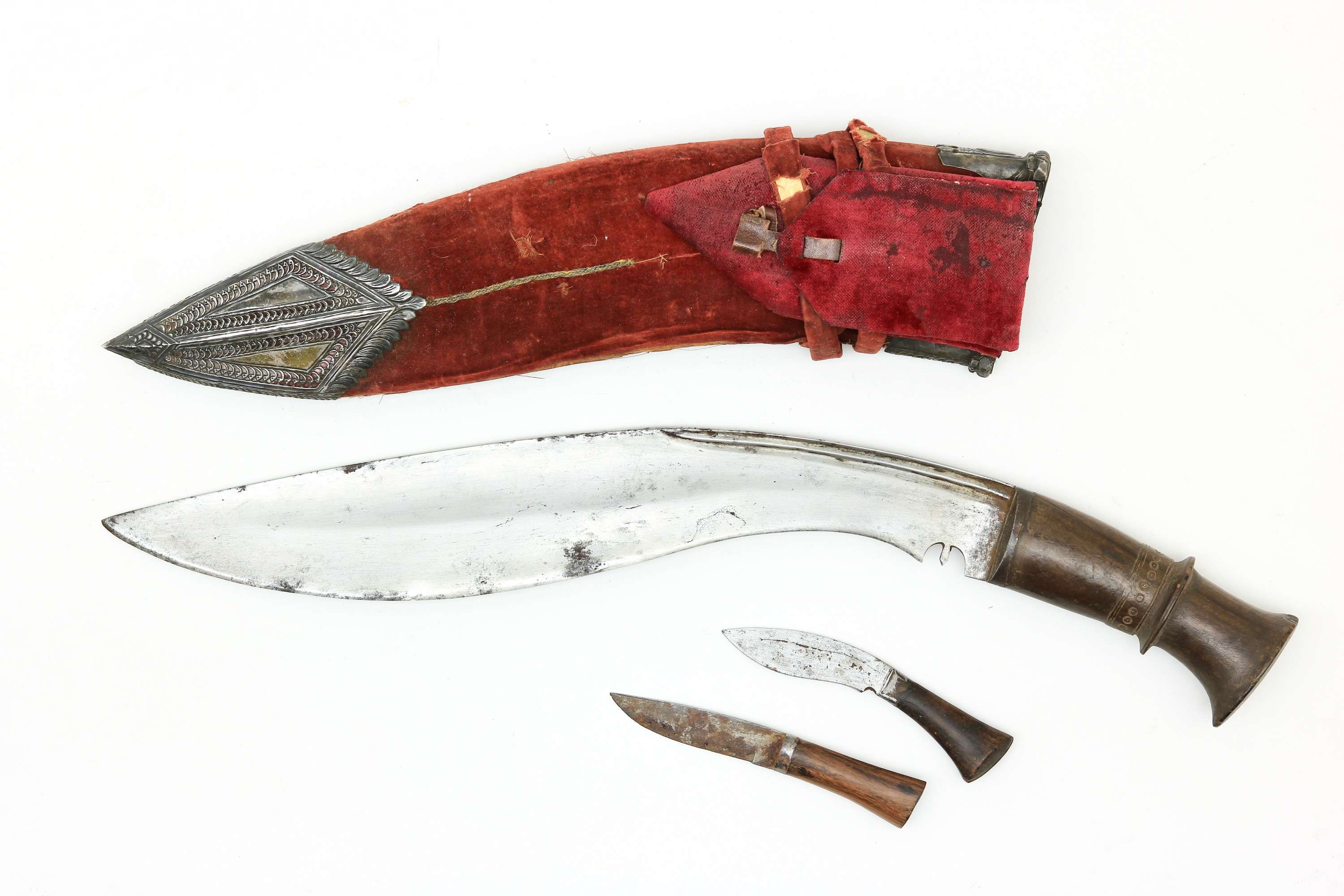 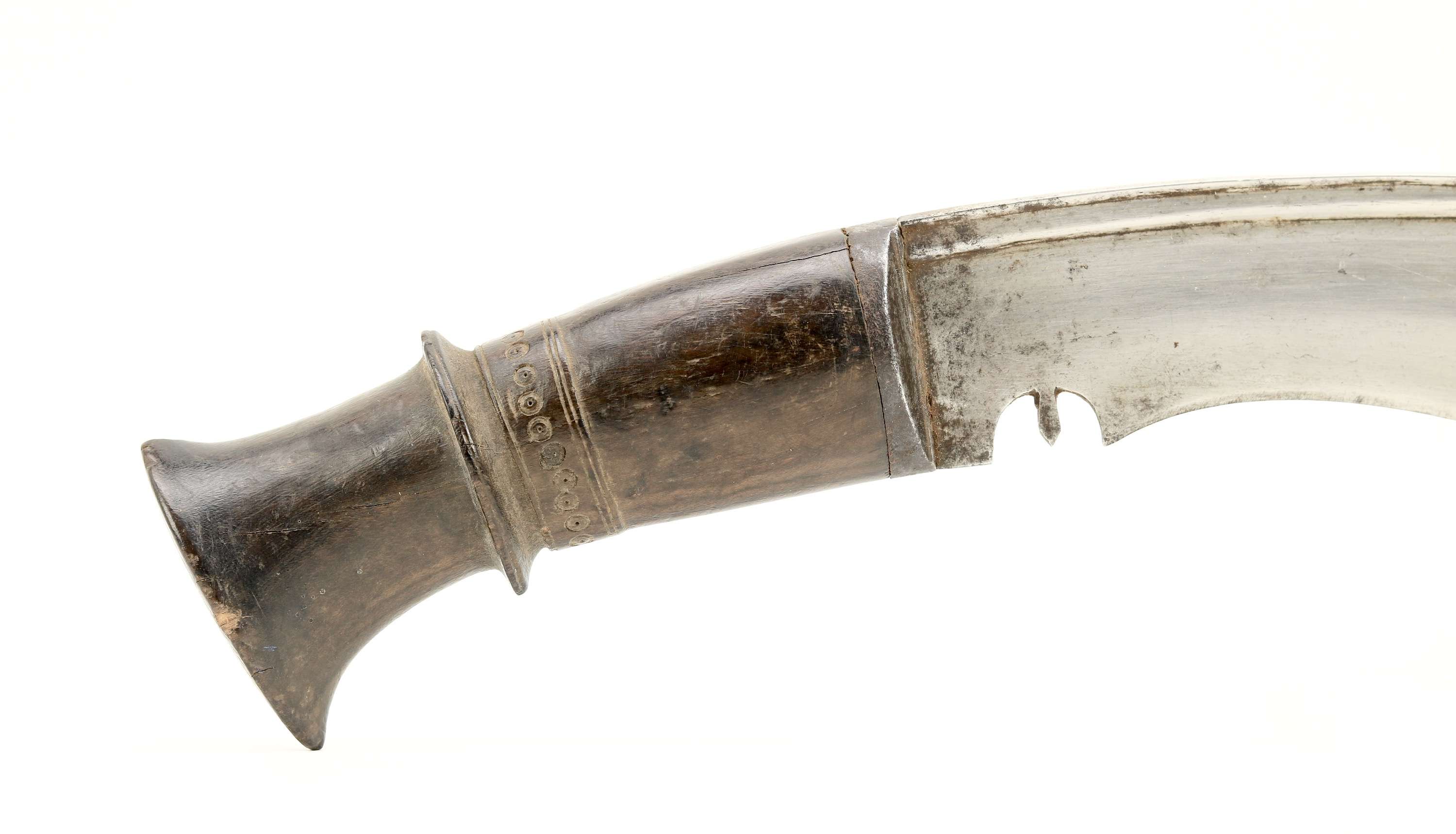 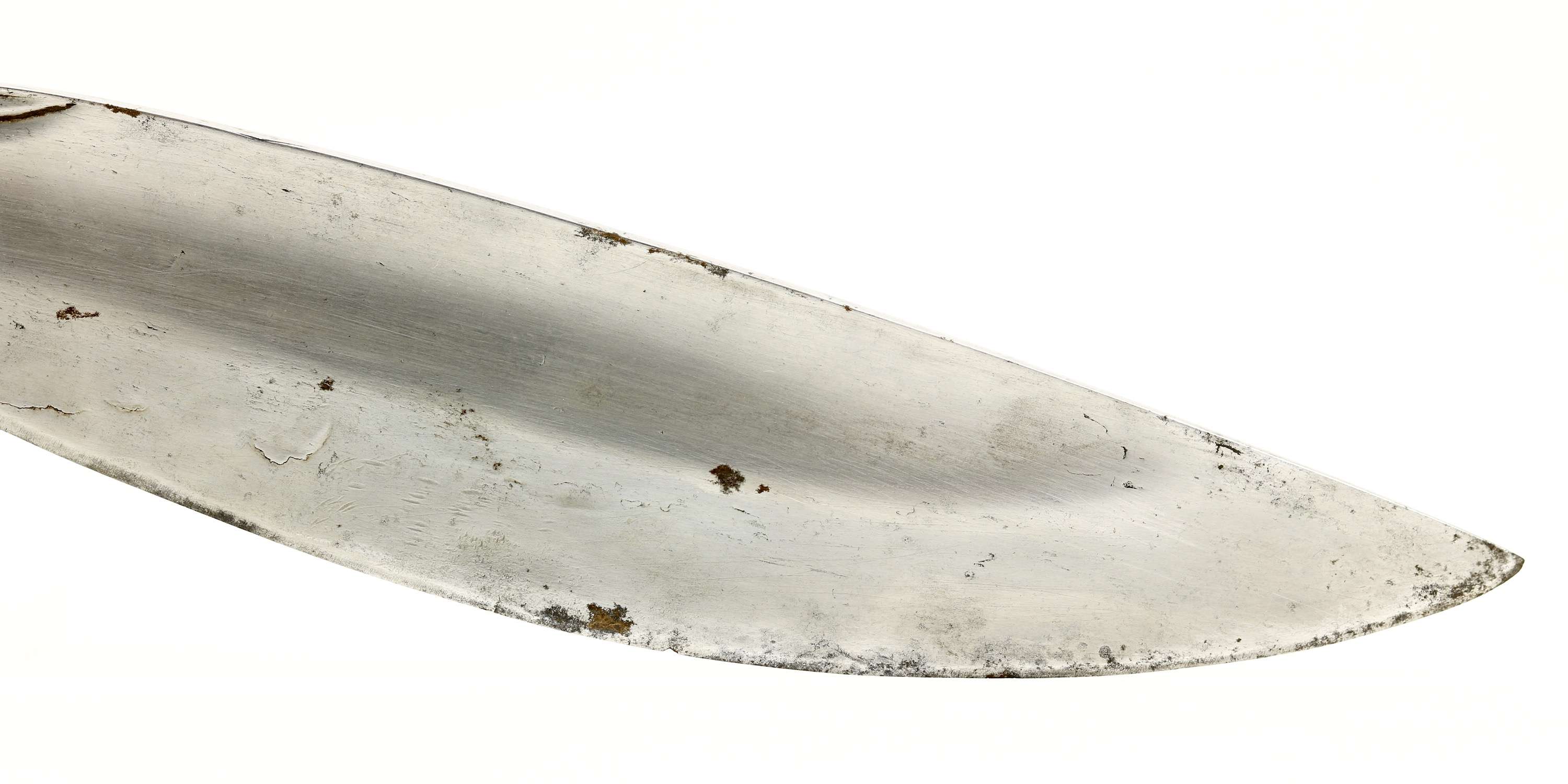 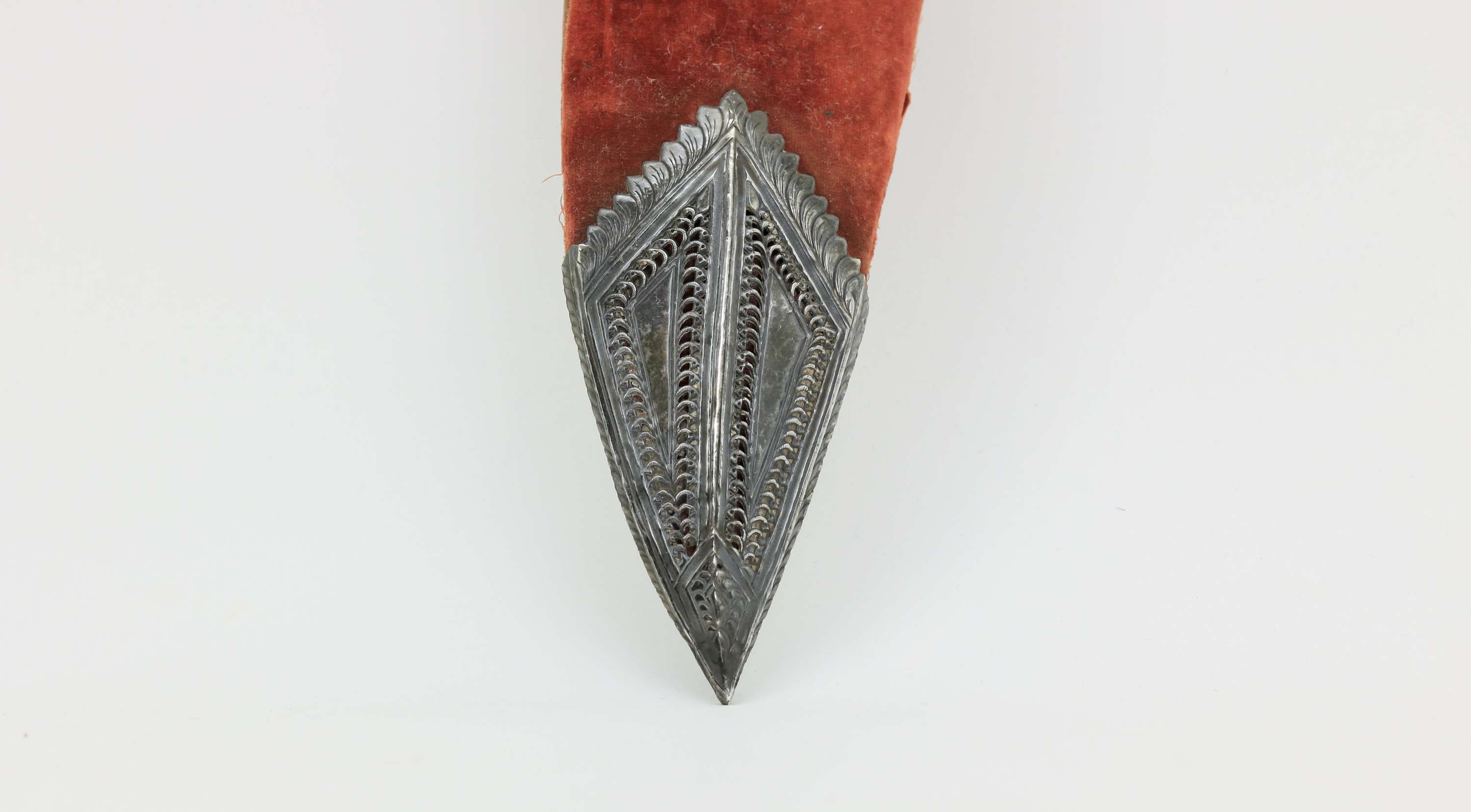