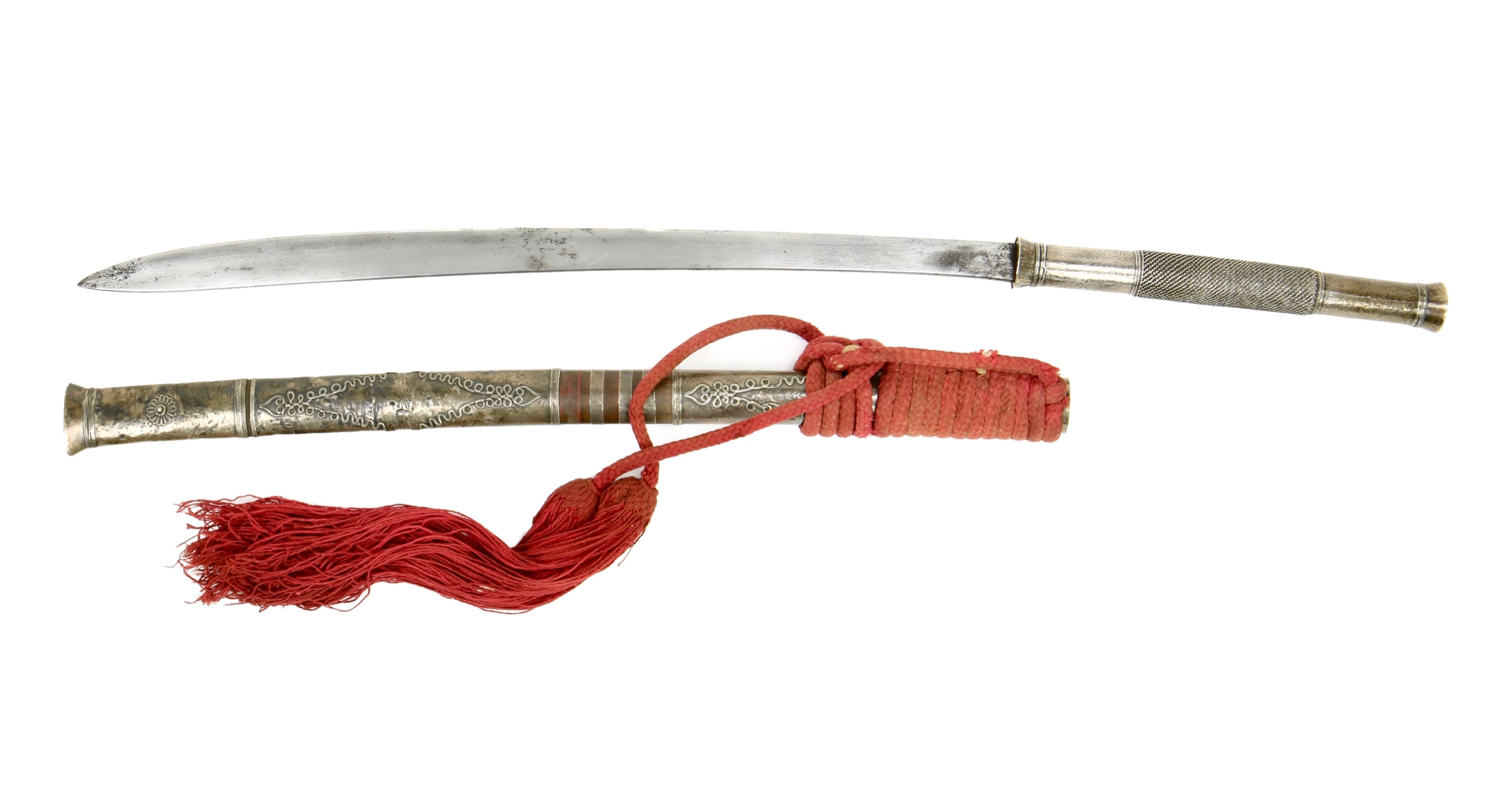 A good quality dha of the Shan people of Myanmar, formerly known as Burma. The Shan were known in the region as fine craftsmen, that were noted for their bladesmithing and silverwork. Both elements of their culture are shown in this dha.

The blade has a thick base of 10mm which tapers to a thin point while it widens in width. The cross-section has a round back at the base that gradually becomes ridged, to merge into a fully sharp backedge at the double-edged tip. These blades were made with a softer iron core with a high carbon steel jacket welded around it, which then got a heat treatment to form a "hamon", just like Japanese swords. In unrestored, "as found" condition, the undulating tempering line can be clearly seen in the right light.

The long hilt has a round cross-section and silver netting in the center. They are primarily single-handed weapons but would occasionally be used with two hands.

The scabbard has a wooden core, clad in silver bands. One small band missing. The larger silver sections are further adorned with traditional motifs done in fine silver wire and wire braid, applied to the sheet silver by soldering.

It comes complete with a thick, heavy baldric red cotton with two tassels and a hemp core.

There are markings in the Shan language at the pommel end, I have yet been unable to translate them. I think I can make out the number 1232 which would translate to 1871 but I am waiting for confirmation from a Burmese language scholar.

In very good condition overall. Some denting in the silver, which is common on these because the silver is rather thin. blade in good shape with original contours intact. No signs of over-sharpening or recent polishing. Some pitting and staining here and there.

A classic example of a higher quality Shan dha with a refined blade and attractive silver mountings. It is in rather good condition, and complete with red cotton baldric. 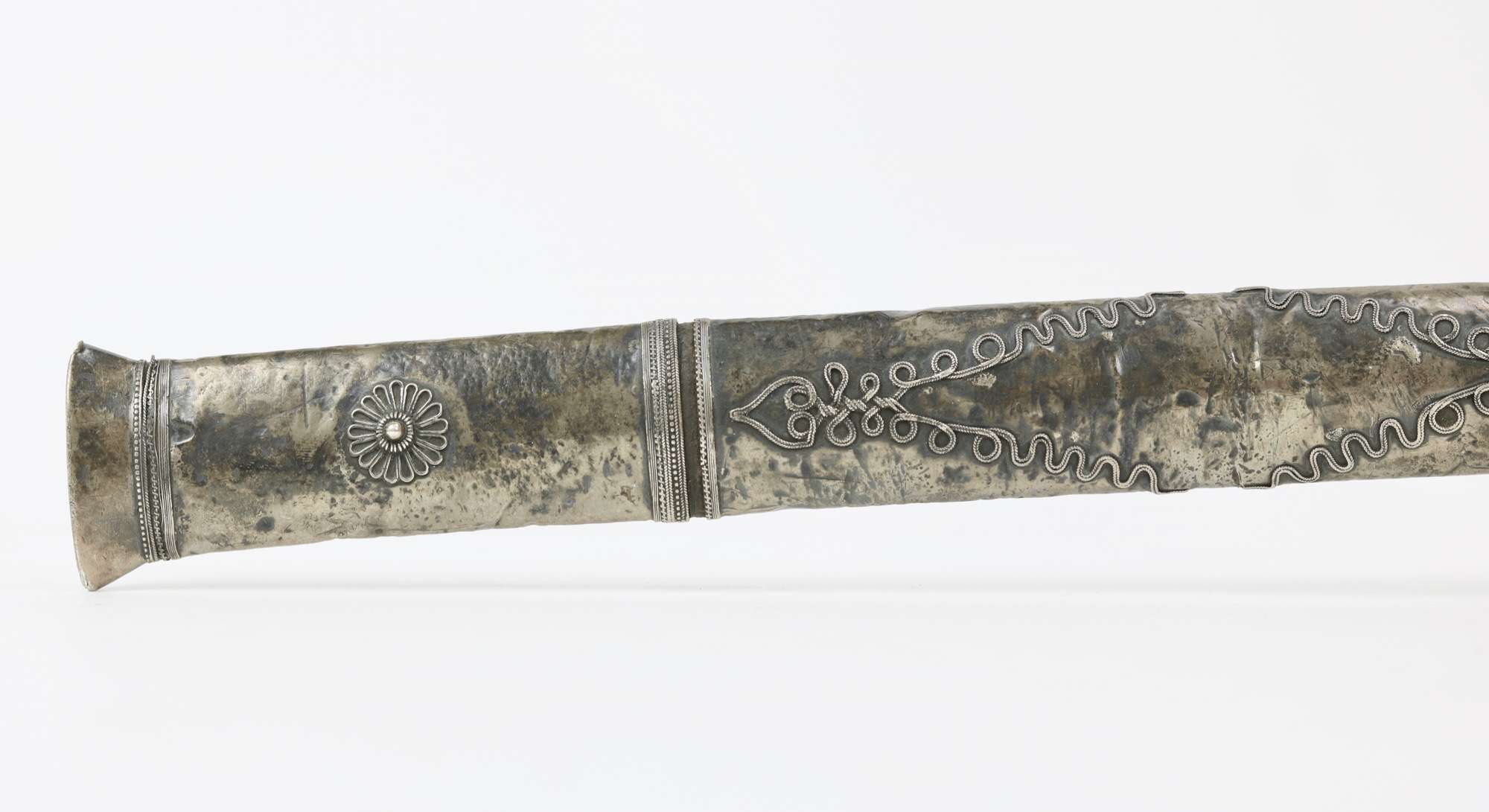 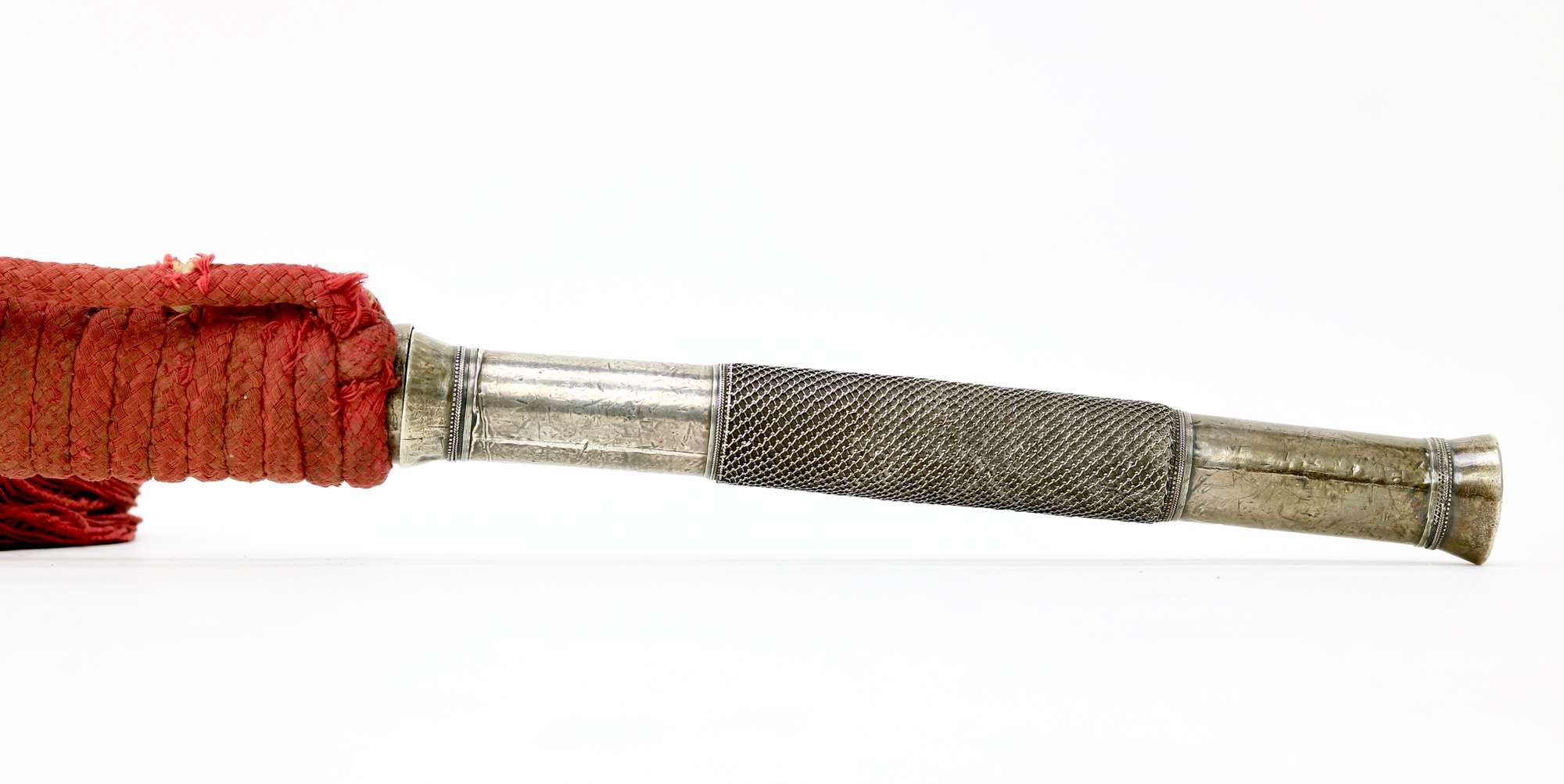