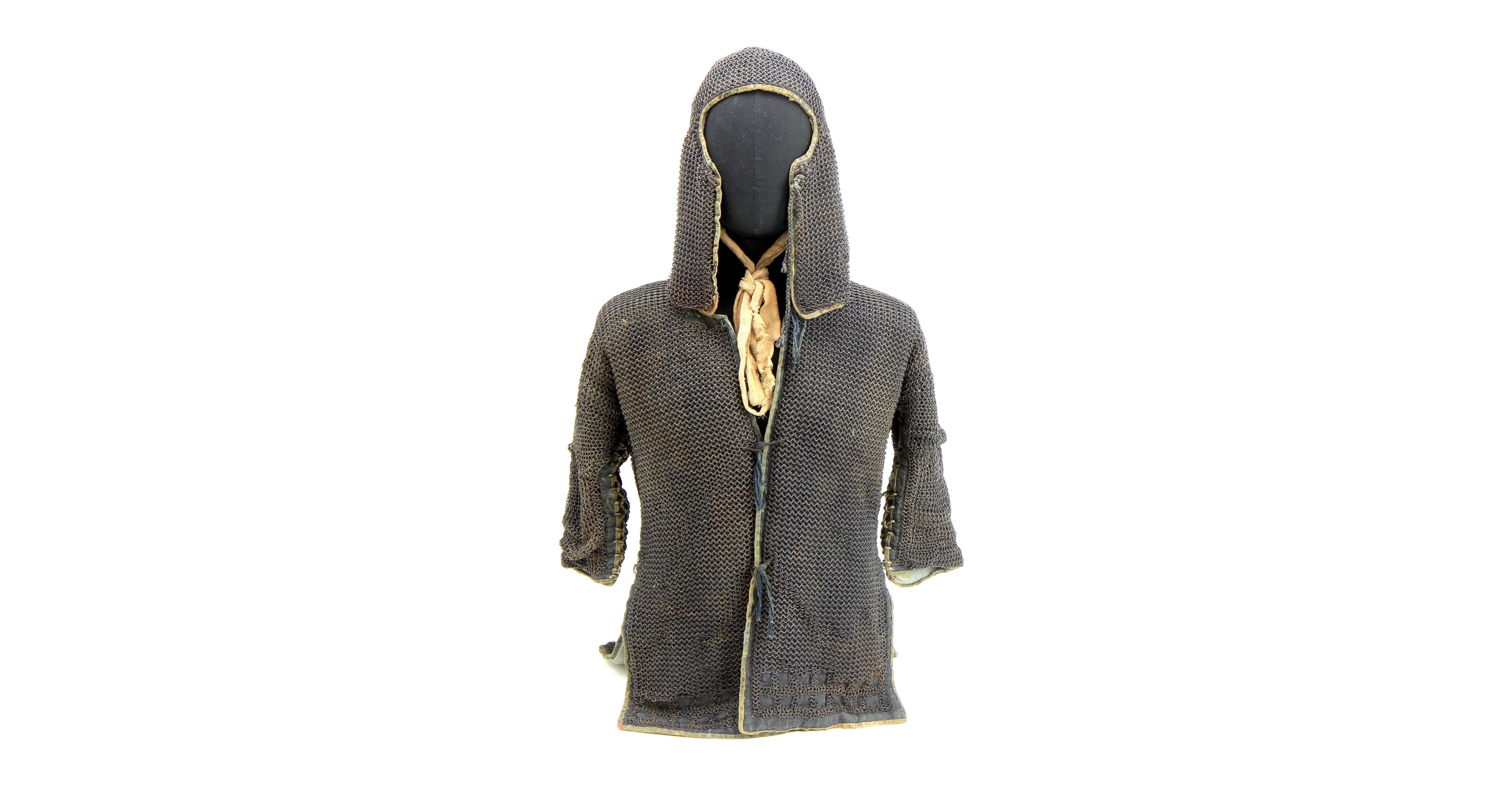 From a Japanese arms dealer

The rings are usually much smaller than that on the mail of other cultures and are almost invariably stiched to a fabric or leather undergarment, or sandwiched between two layers of fabric. According to George Cameron Stone, Japan had more variety of mail than all the other cultures combined and many combinations of patterns exist, some with plates in-between.1

It was worn by samurai and soldiers of feudal Japan, up to the late 1860s.2 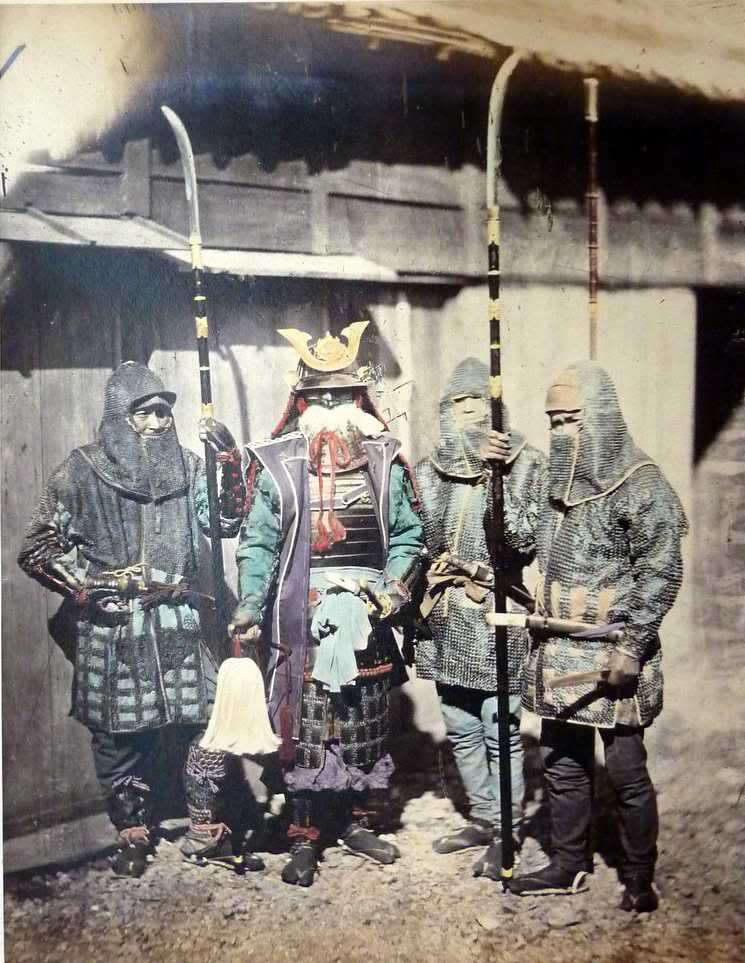 A rare photo of a group of samurai, late 1800s.
Three of them are wearing mail armor.
Photographer unknown. Public Domain.

Notes to introduction
1. George Cameron Stone; A Glossary of the Construction, Decoration and Use of Arms and Armor: In All Countries and in All Times, Courier Dover Publications, 1999. Page 403.
2. Ian Heath, Armies of the 19th Century: Asia, Japan and Korea. Foundry Books, 2011. Pages 77-78.

A set of Japanese mail armor consisting of a kusari katabira (鎖帷子) and kusari zukin (鎖具足頭巾). It is made of a large number of very small rings, each connected to four neighboring rings. The mail is sewn to an indigo blue cotton undergarment, with light blue lining. The jacket has seems on either side which are tied with silk cord. At the bottom of the jacket are a number of square openings in the mail, making that part lighter. The jacket closes on the front with three frogs.

The hood or coif is of similar construction. There is a large ring at the very top, from which ever largr concentric circles radiate outwards, until the pattern is wide enough to take the conventional form of one ring connecting to four others. The inside of the coif has a silk chin strap. It closes on the front right under the eyes for optimal protection of the face.

The set is in decent condition. There is the incidental lost ring here and there, and some patches of rings are clean while some others have accumulated some more rust. Some staining and wear and tear in the undergarments. 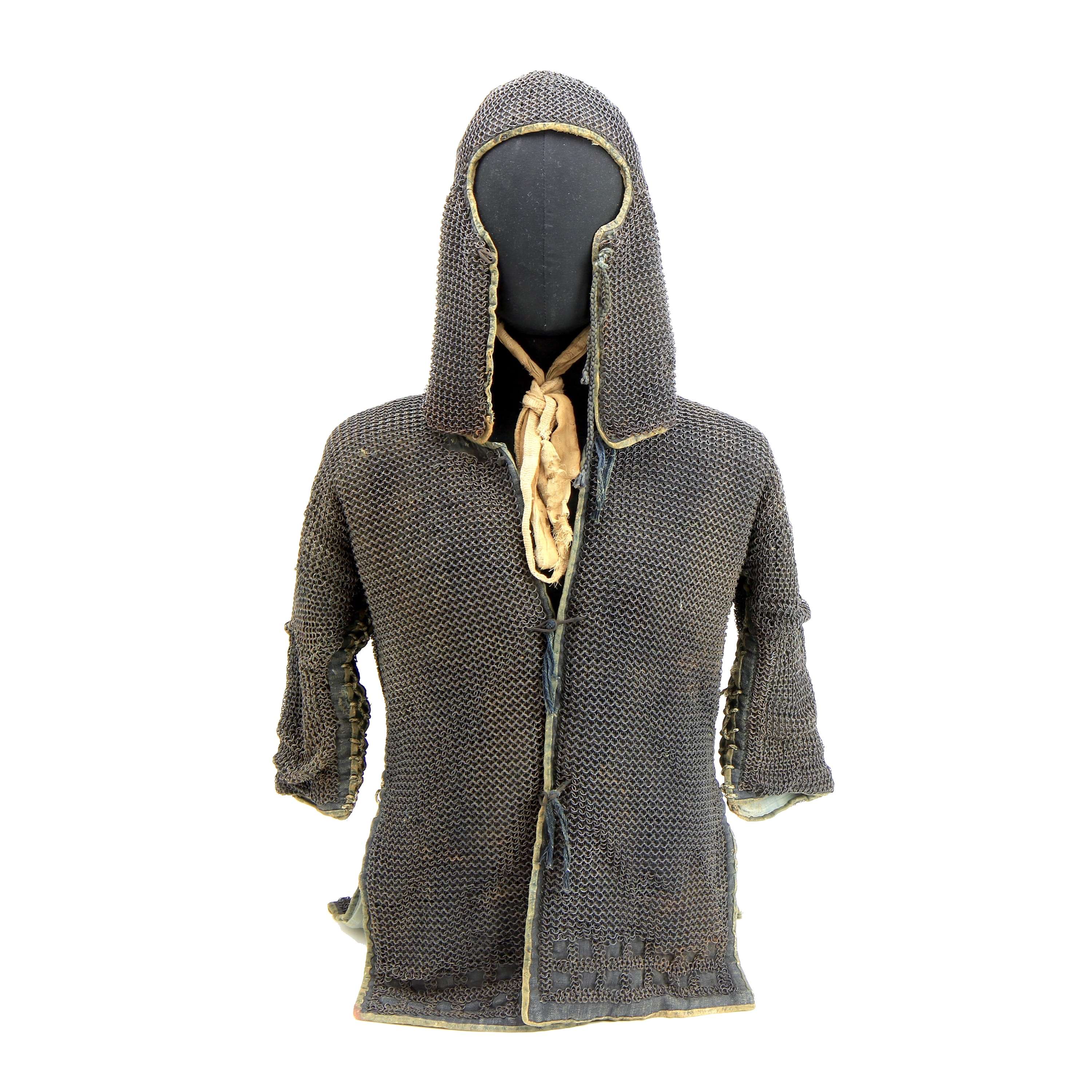 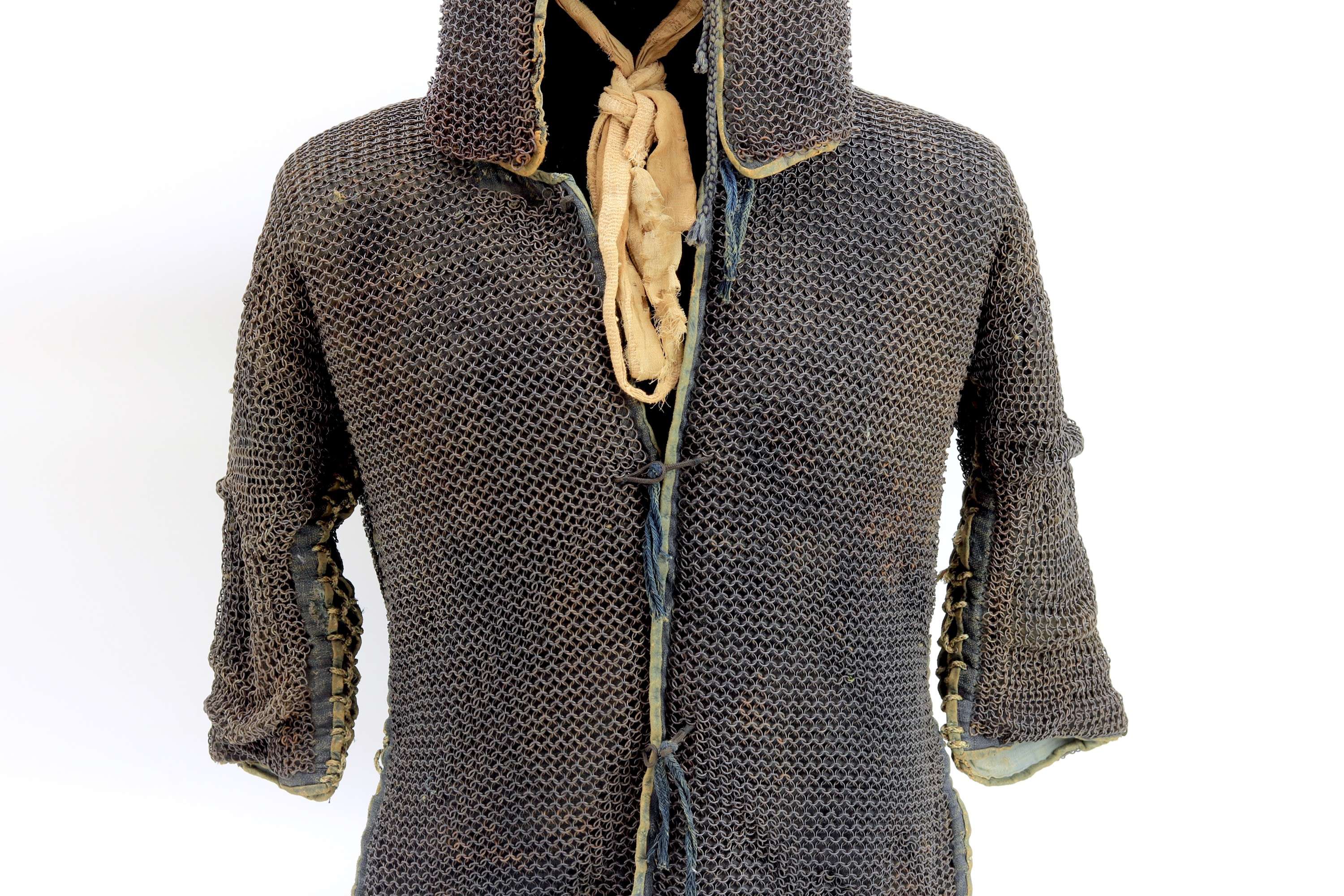 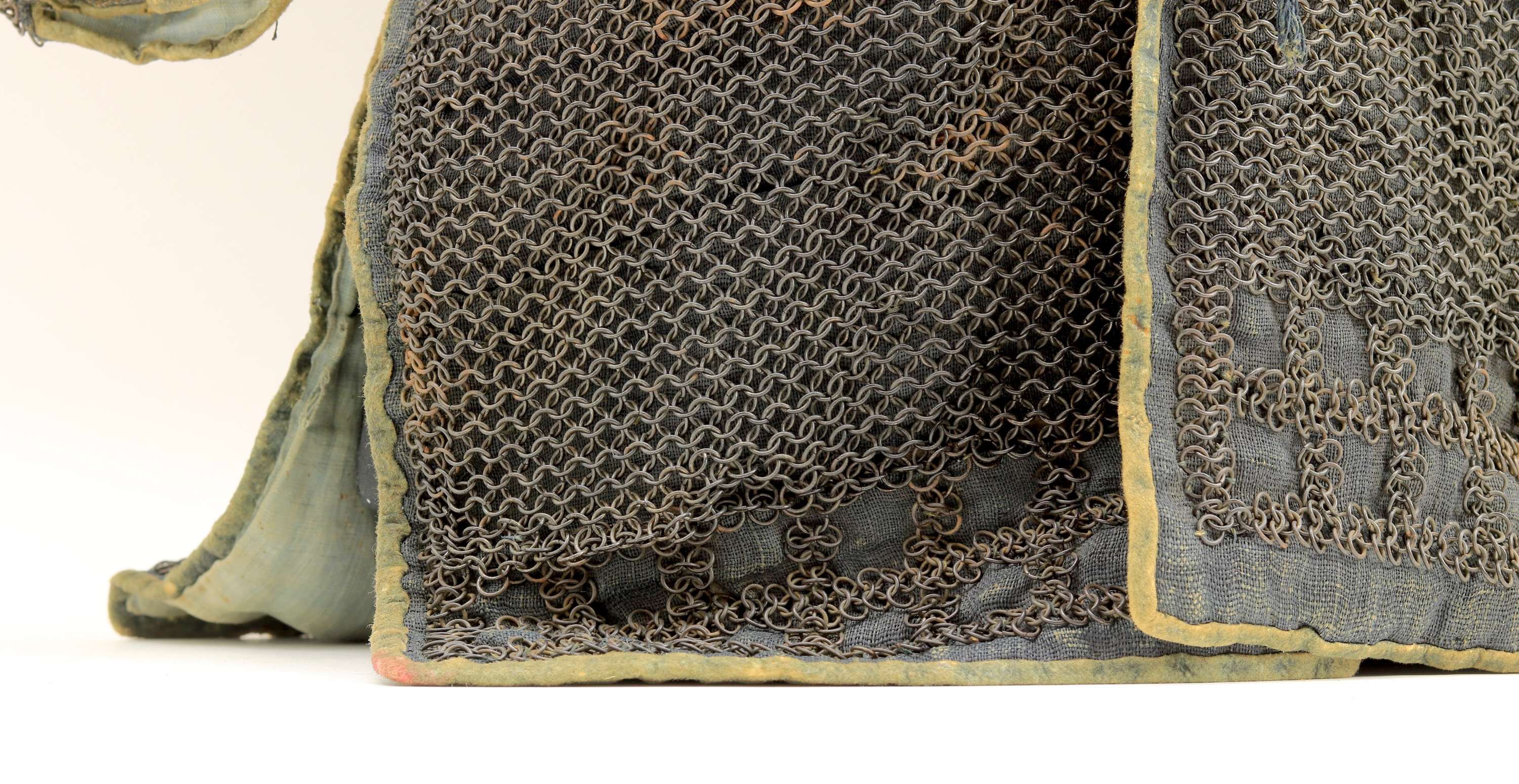 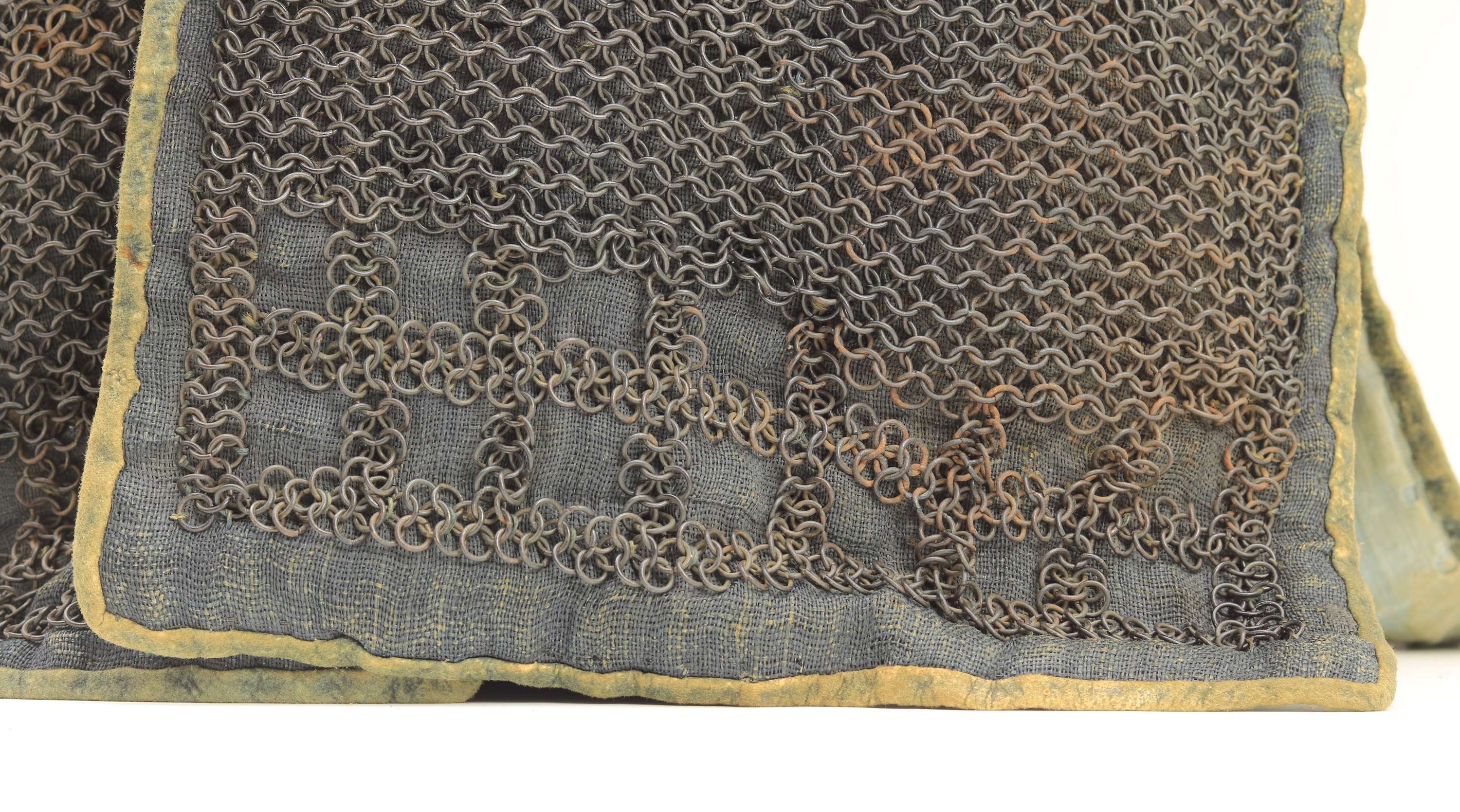 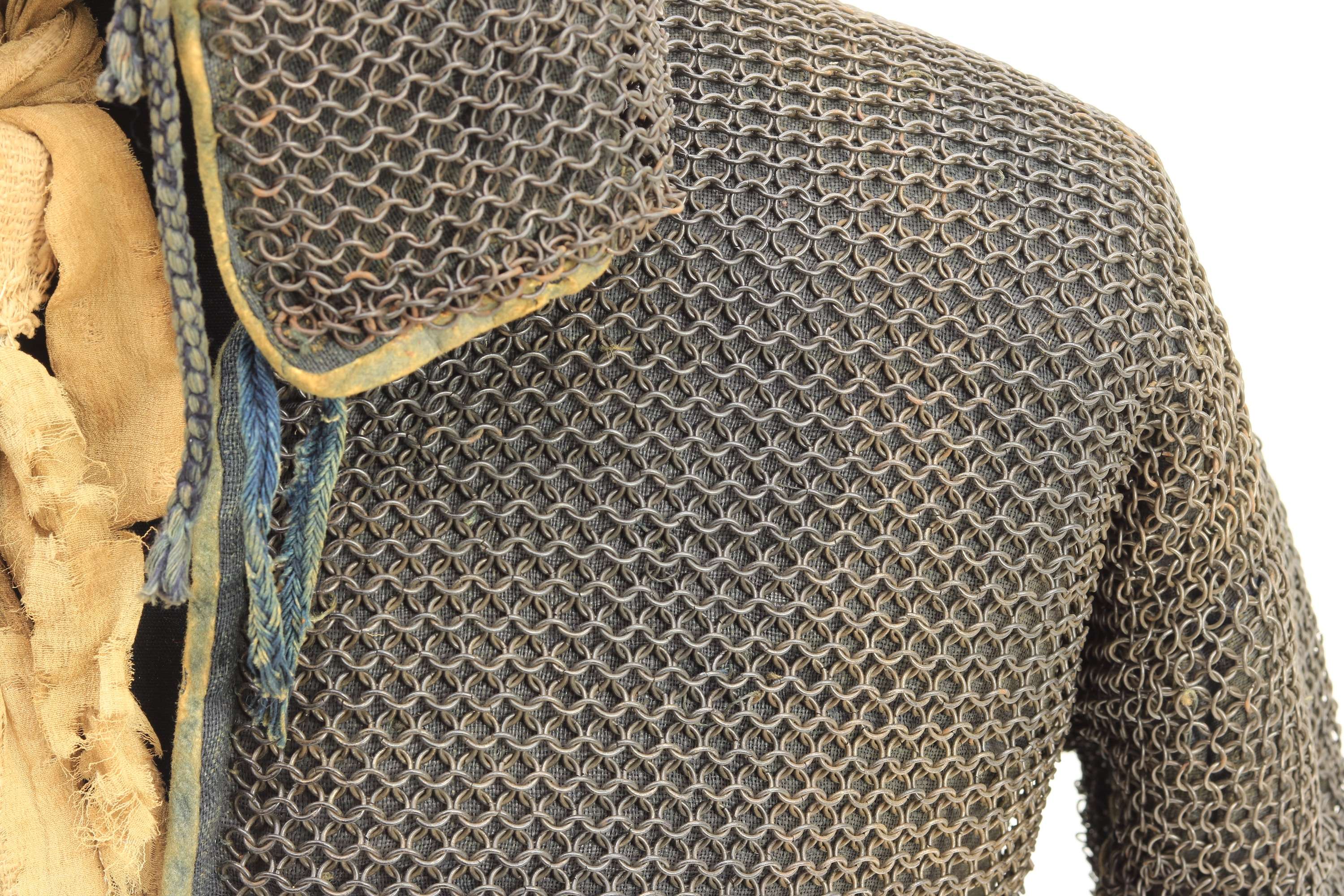 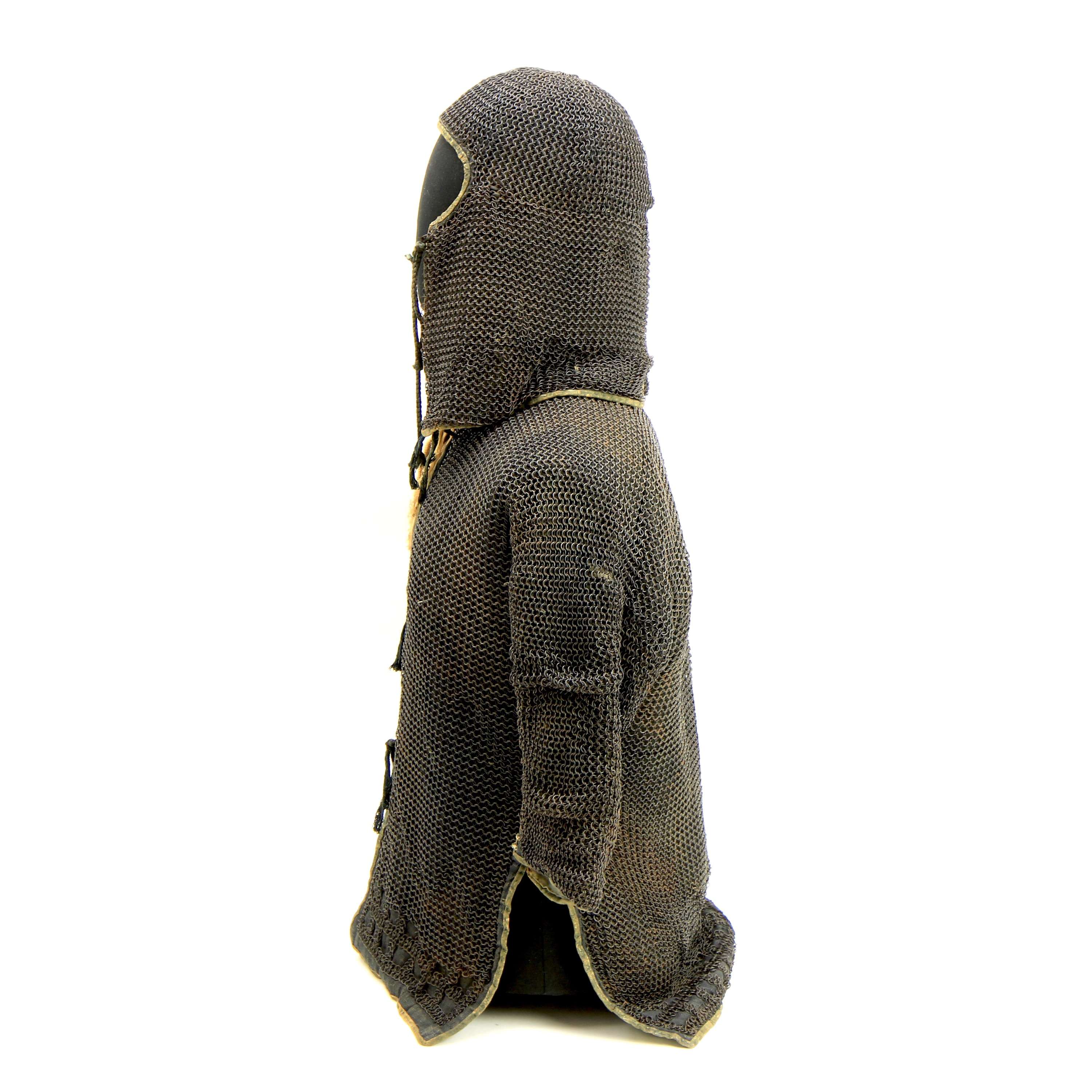 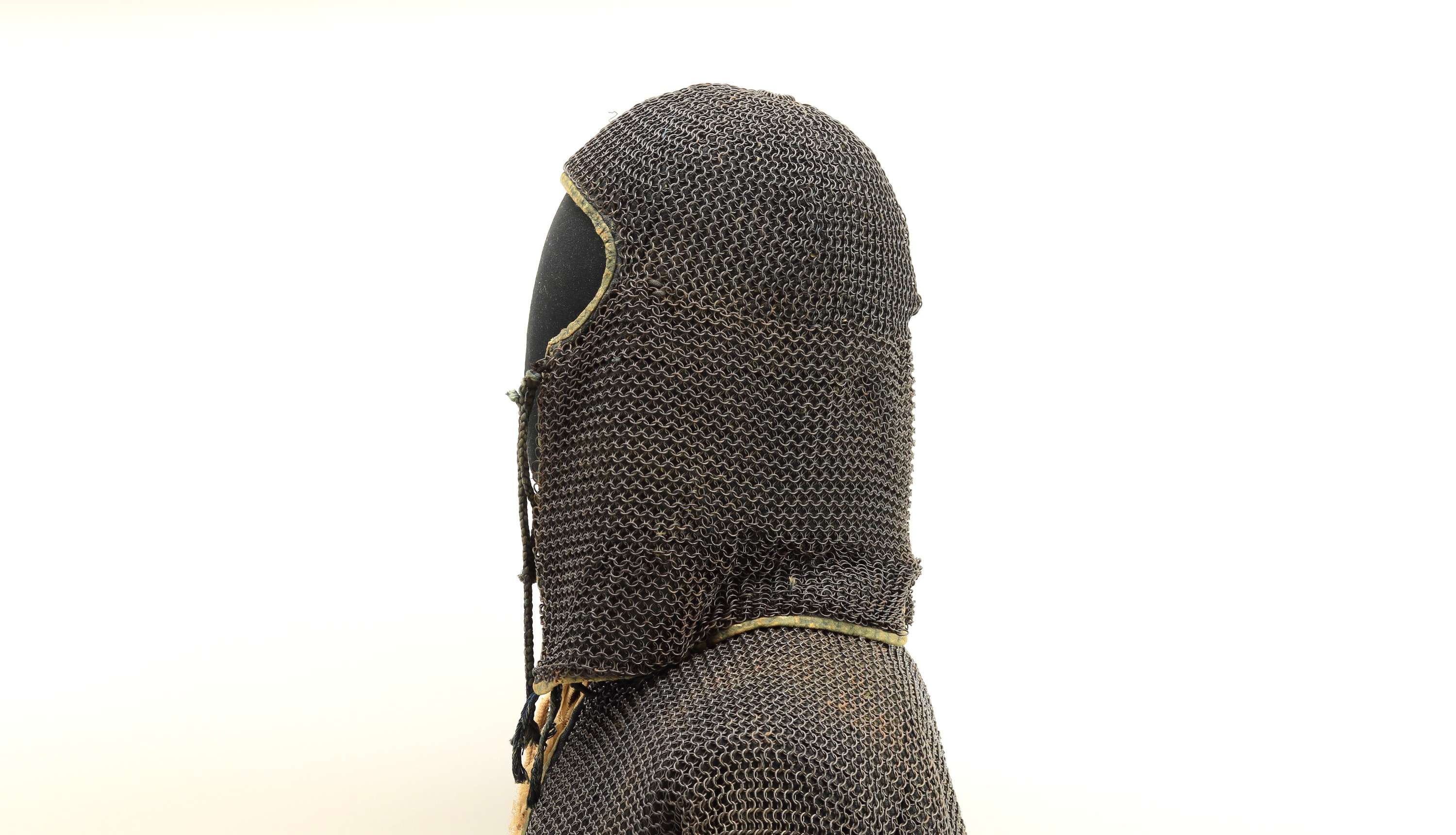 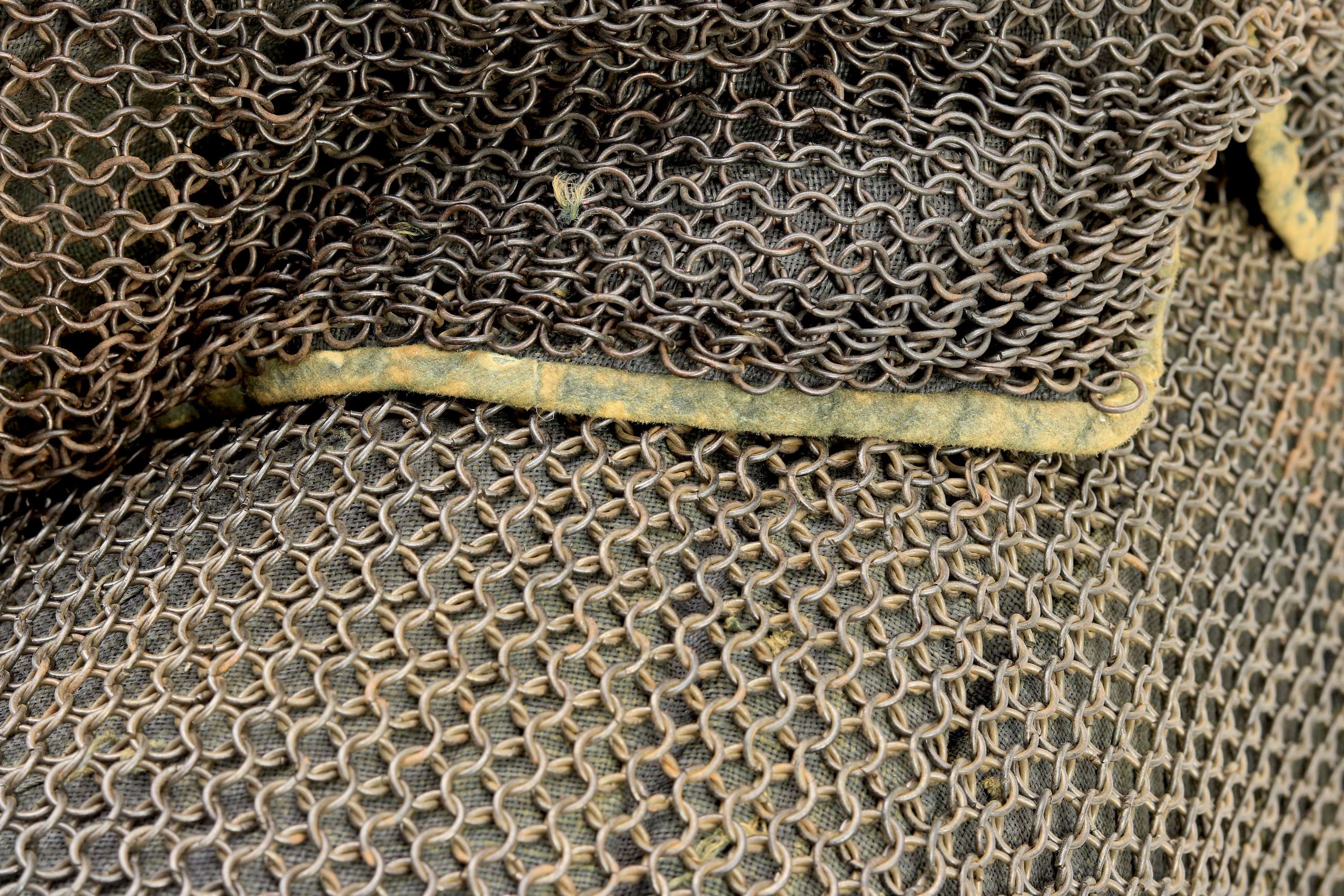 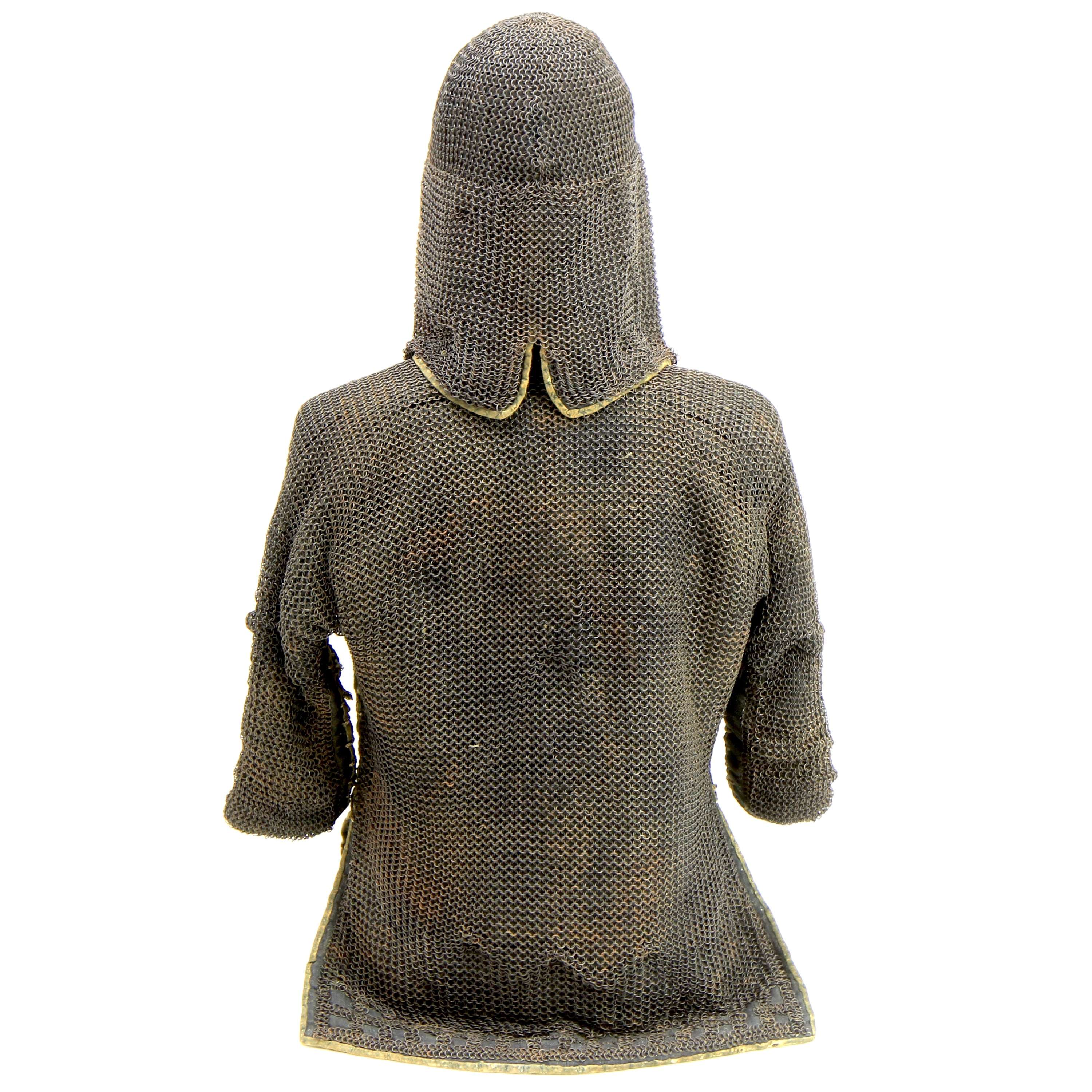 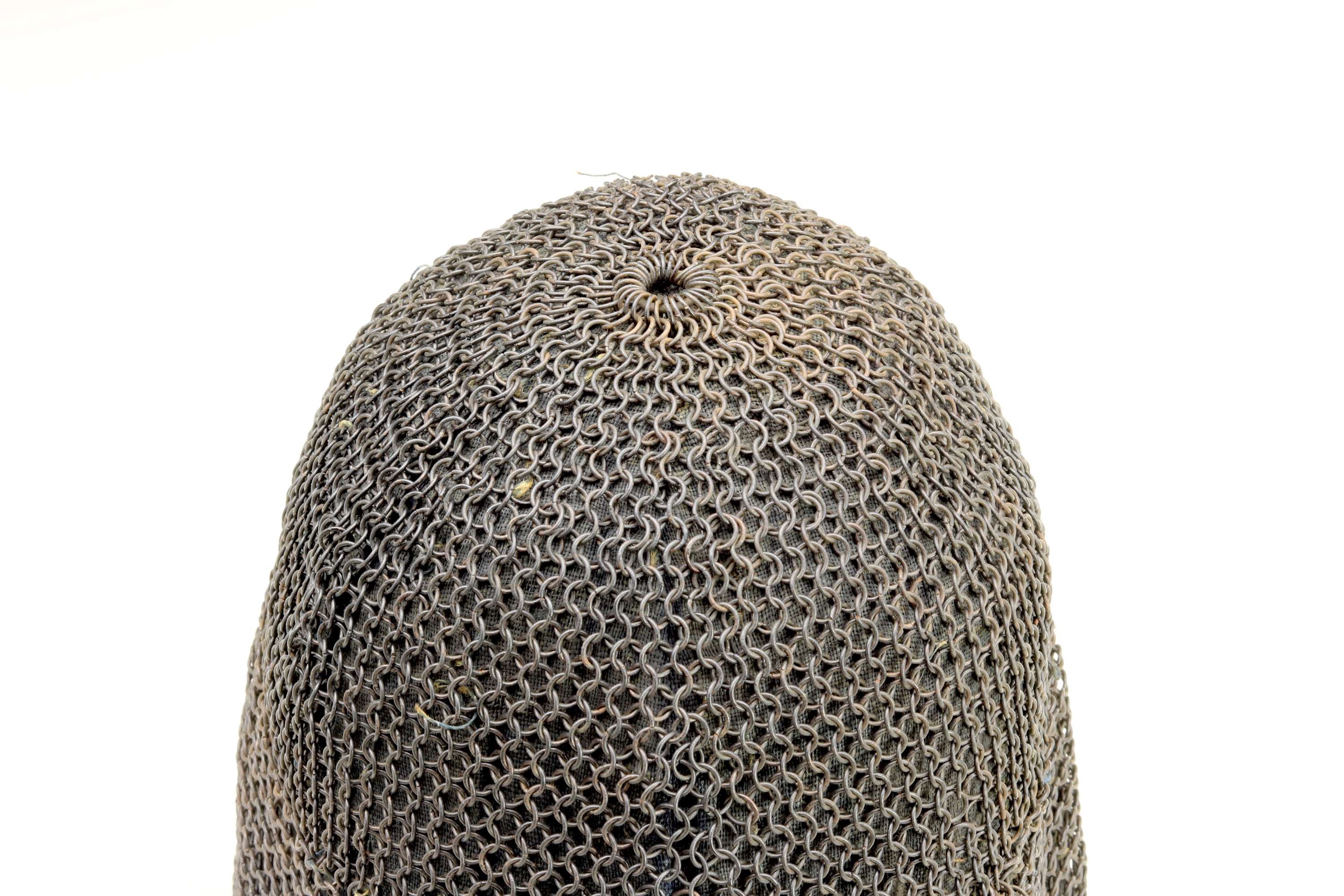 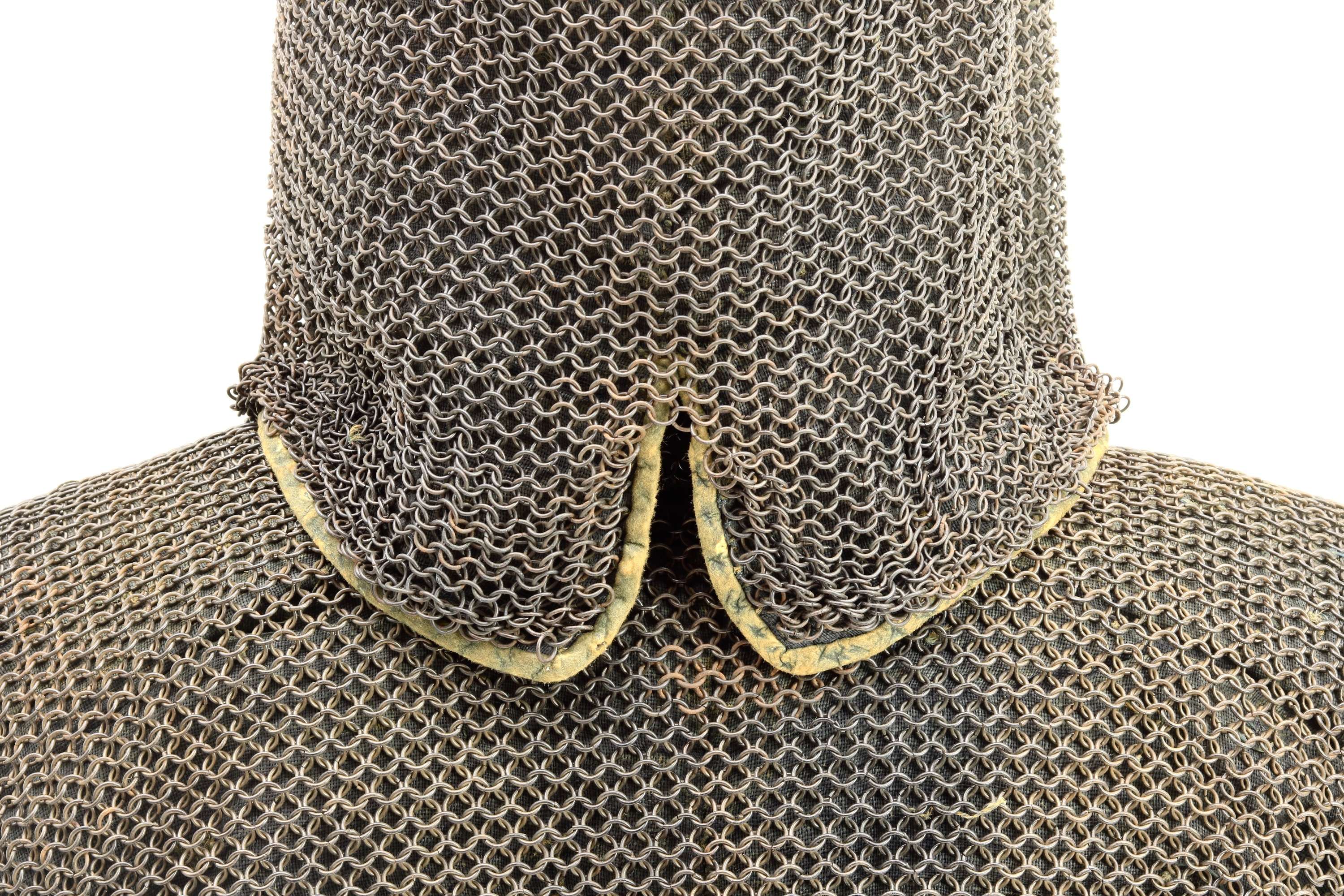 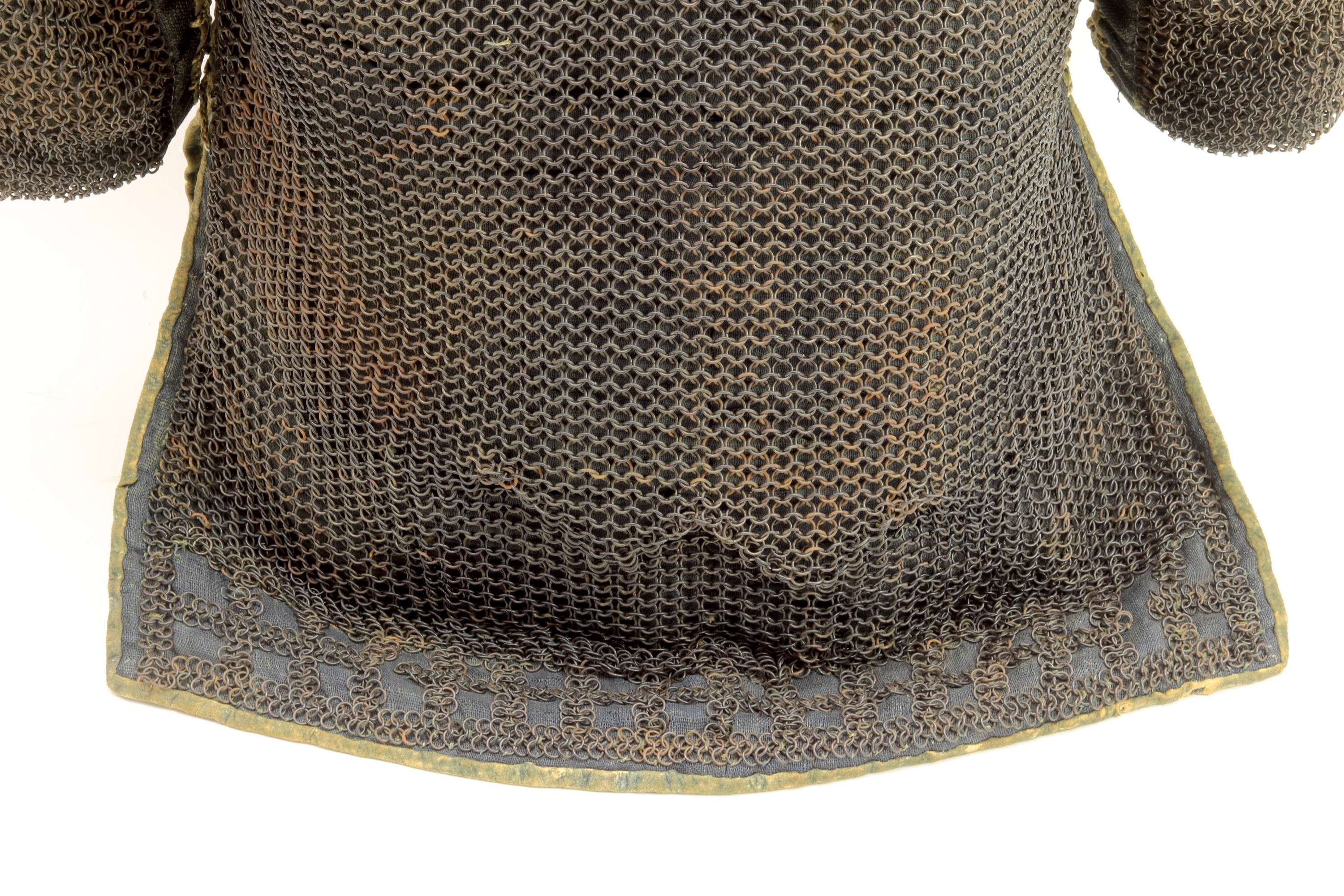 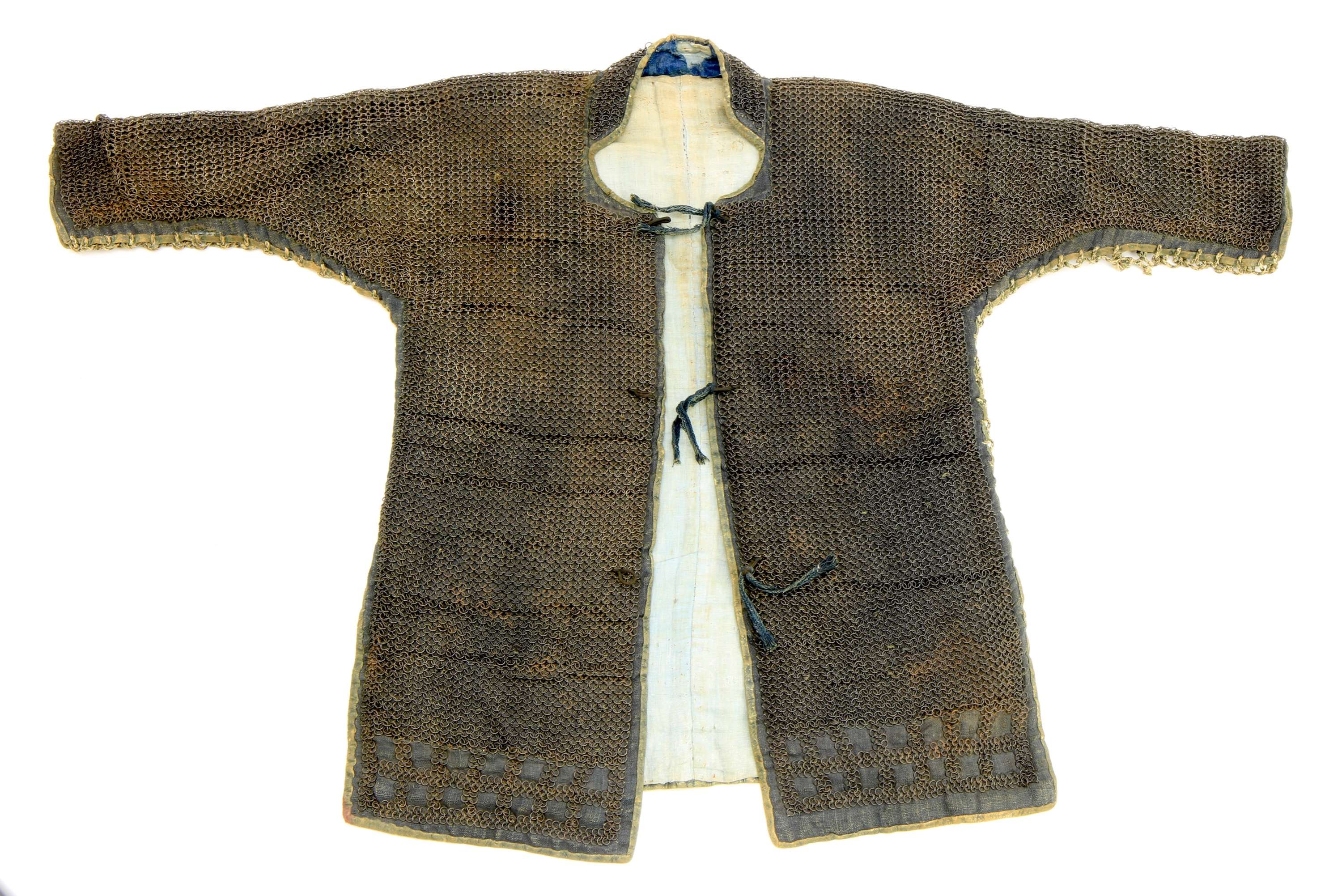 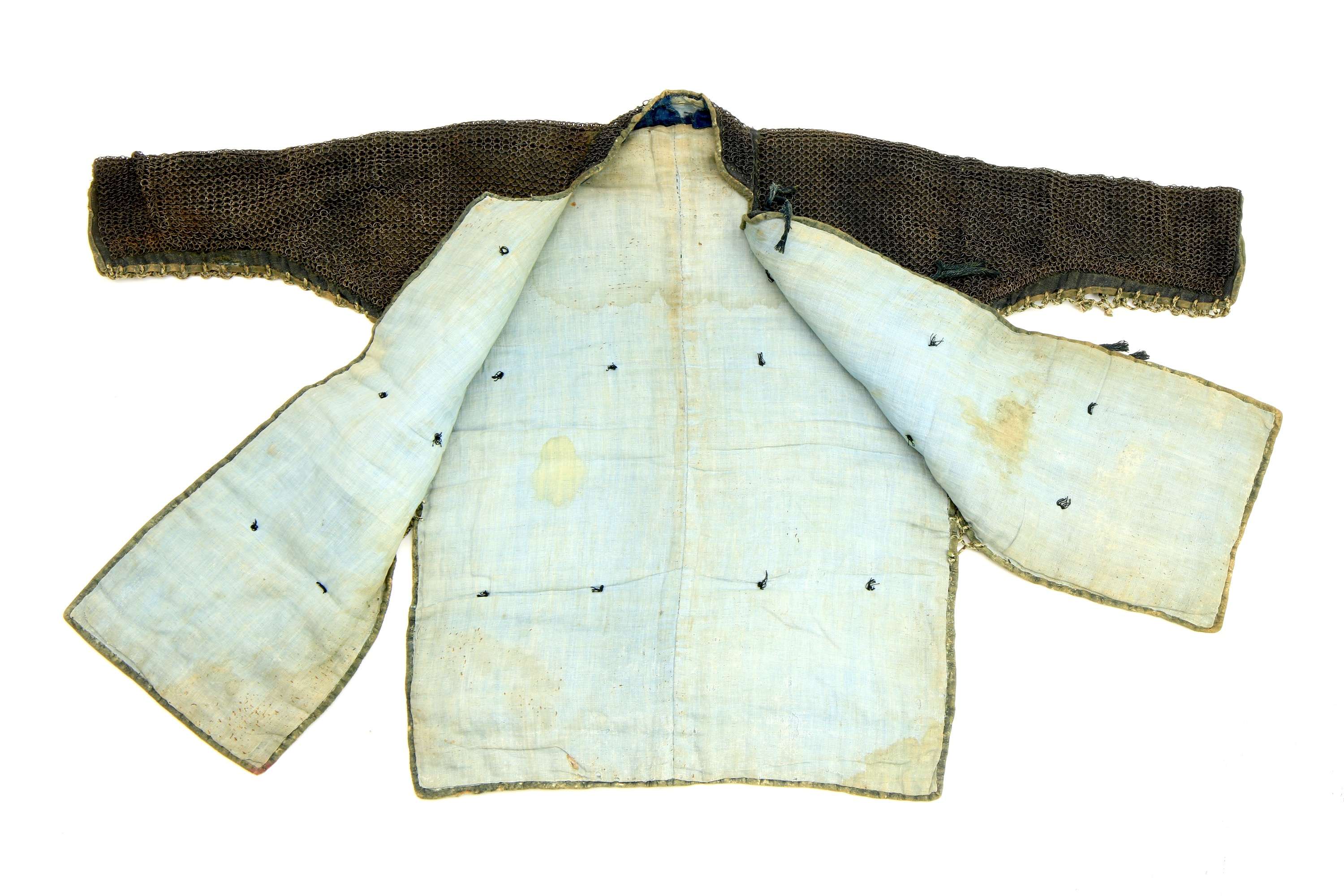 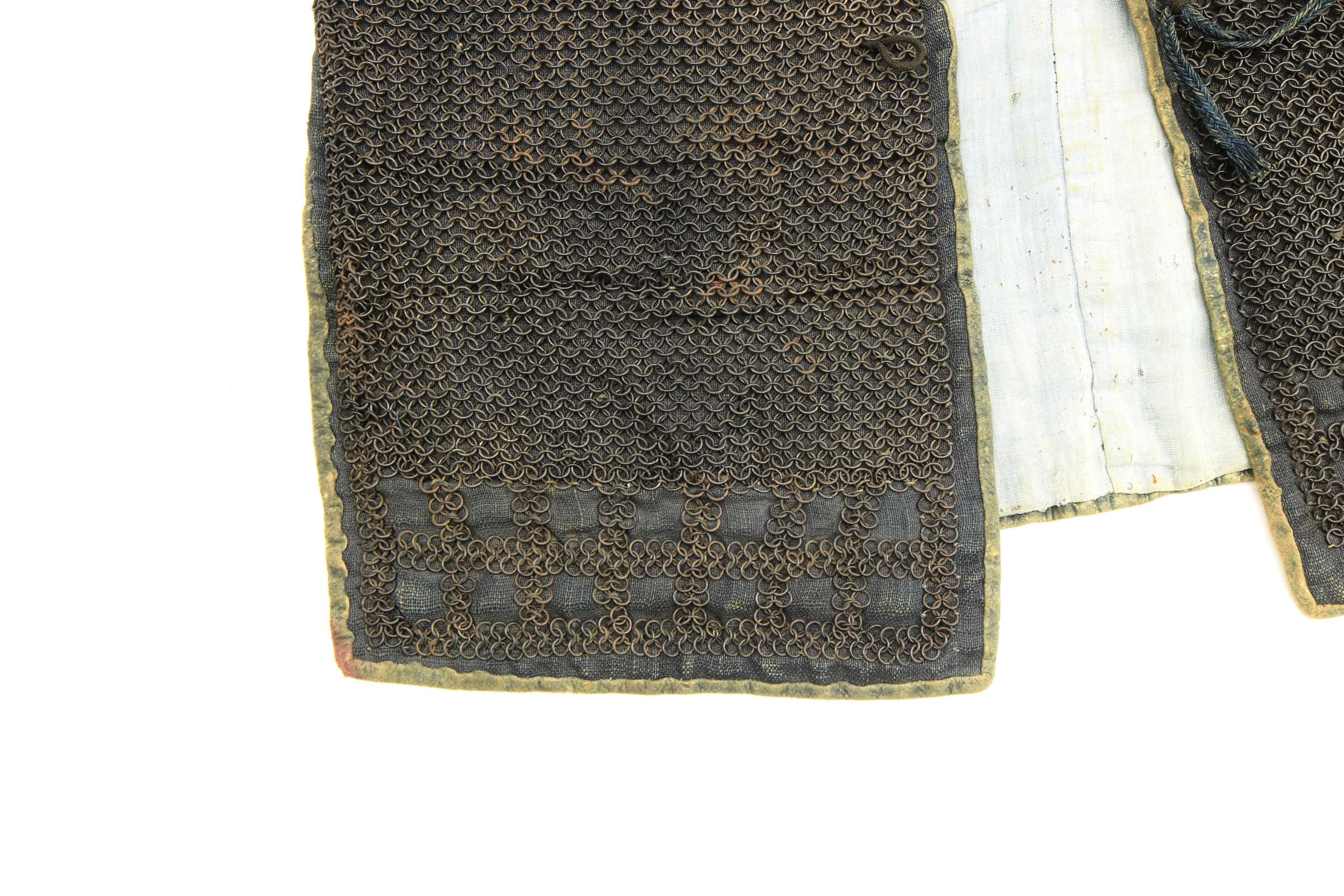 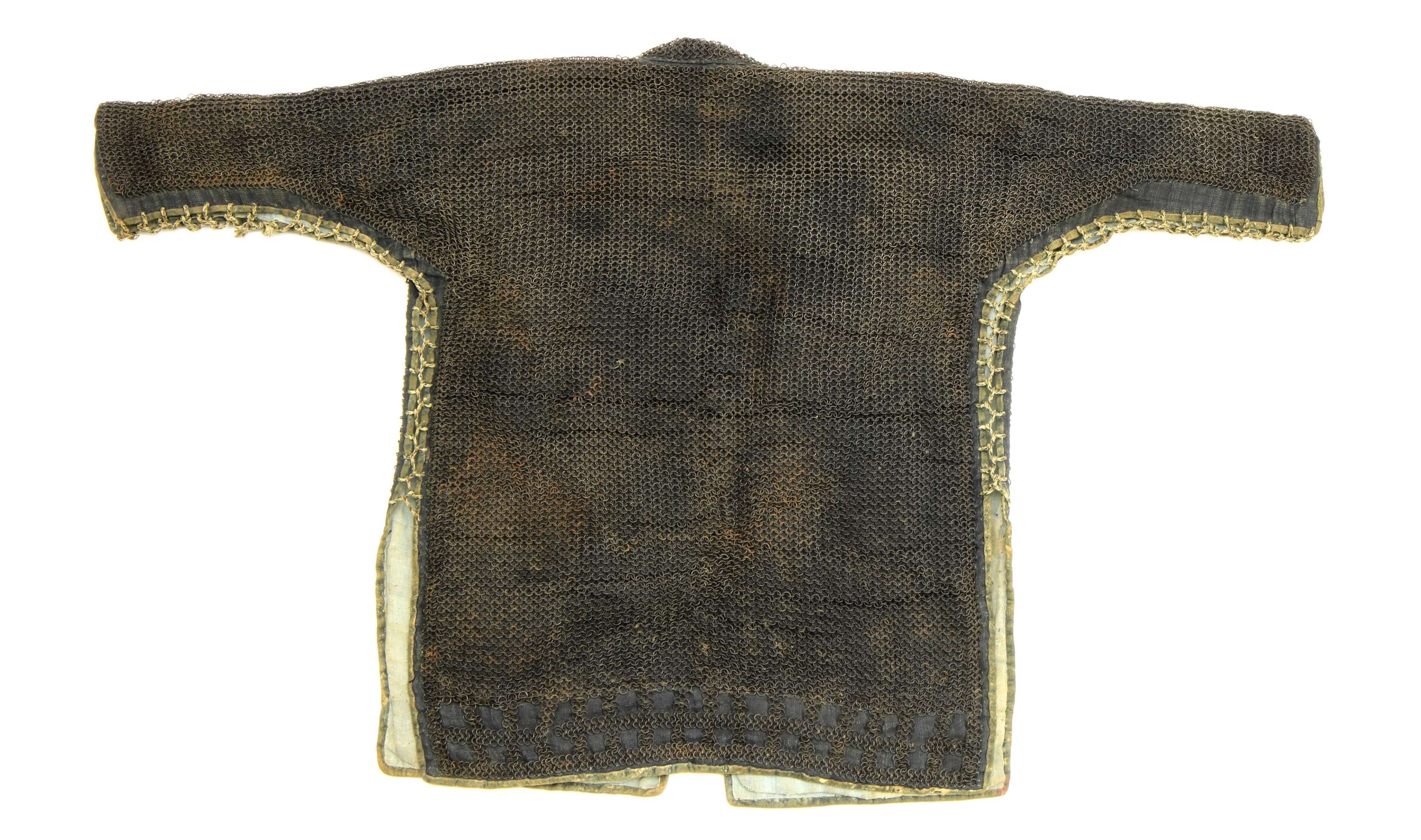 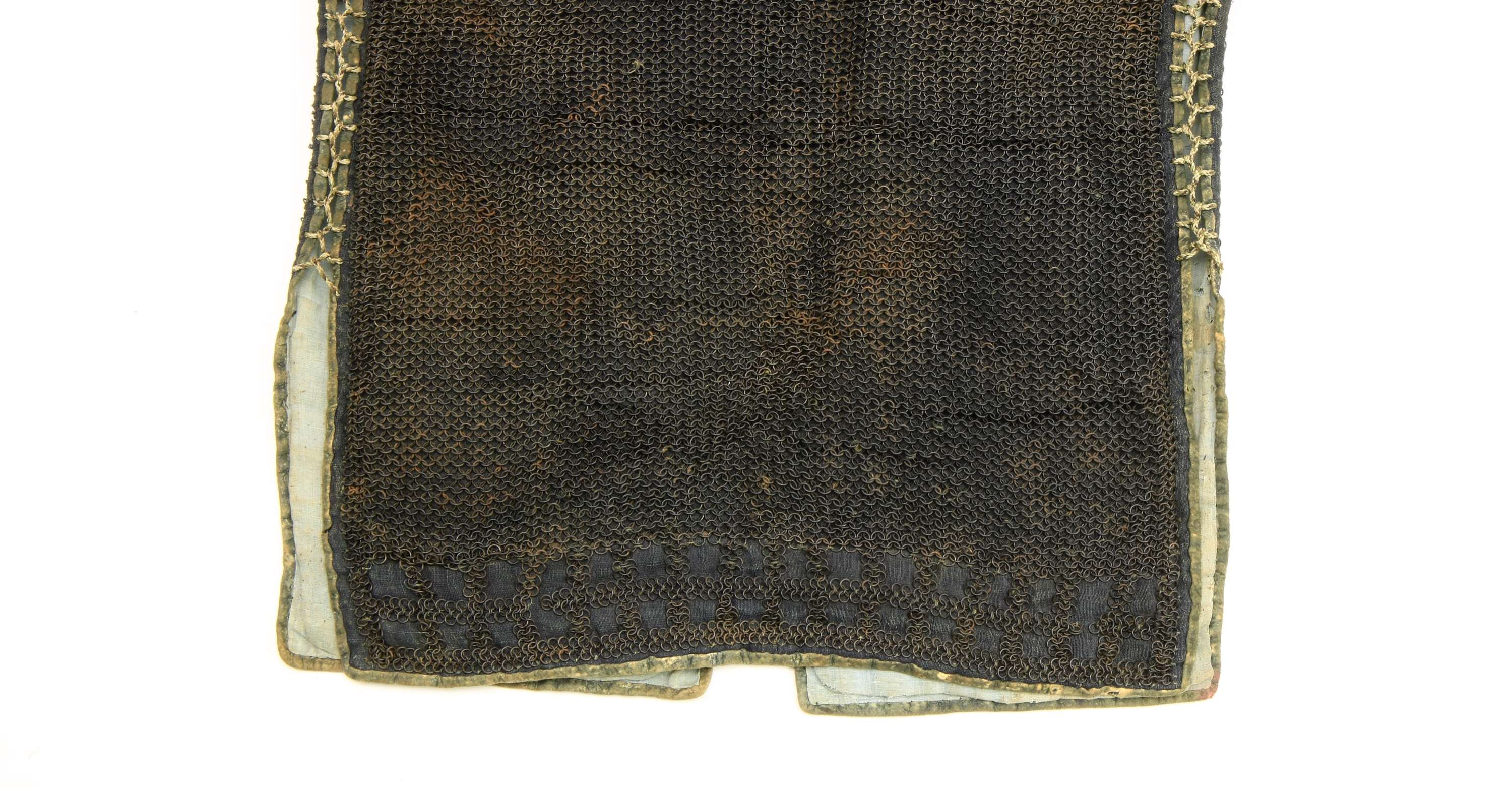 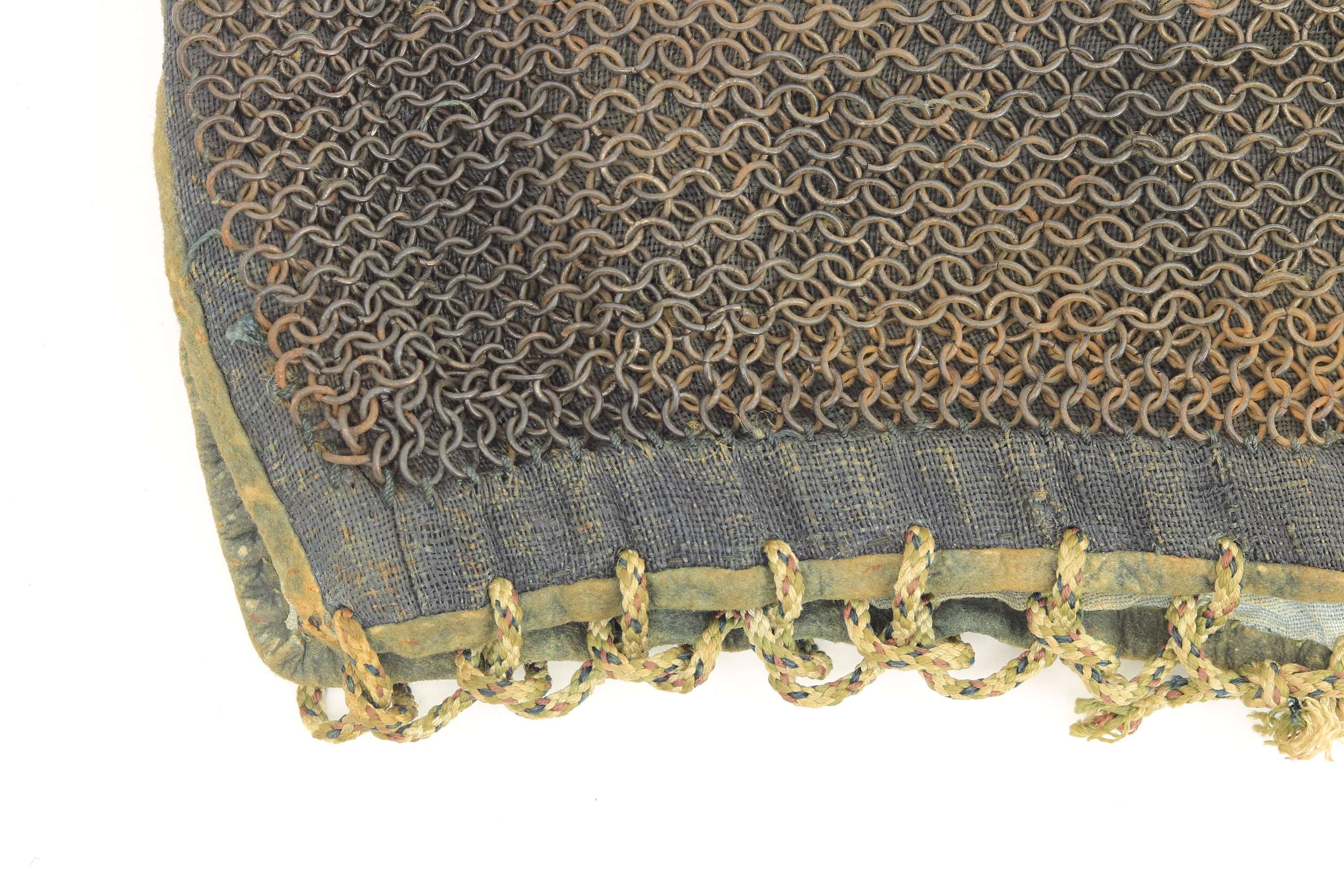 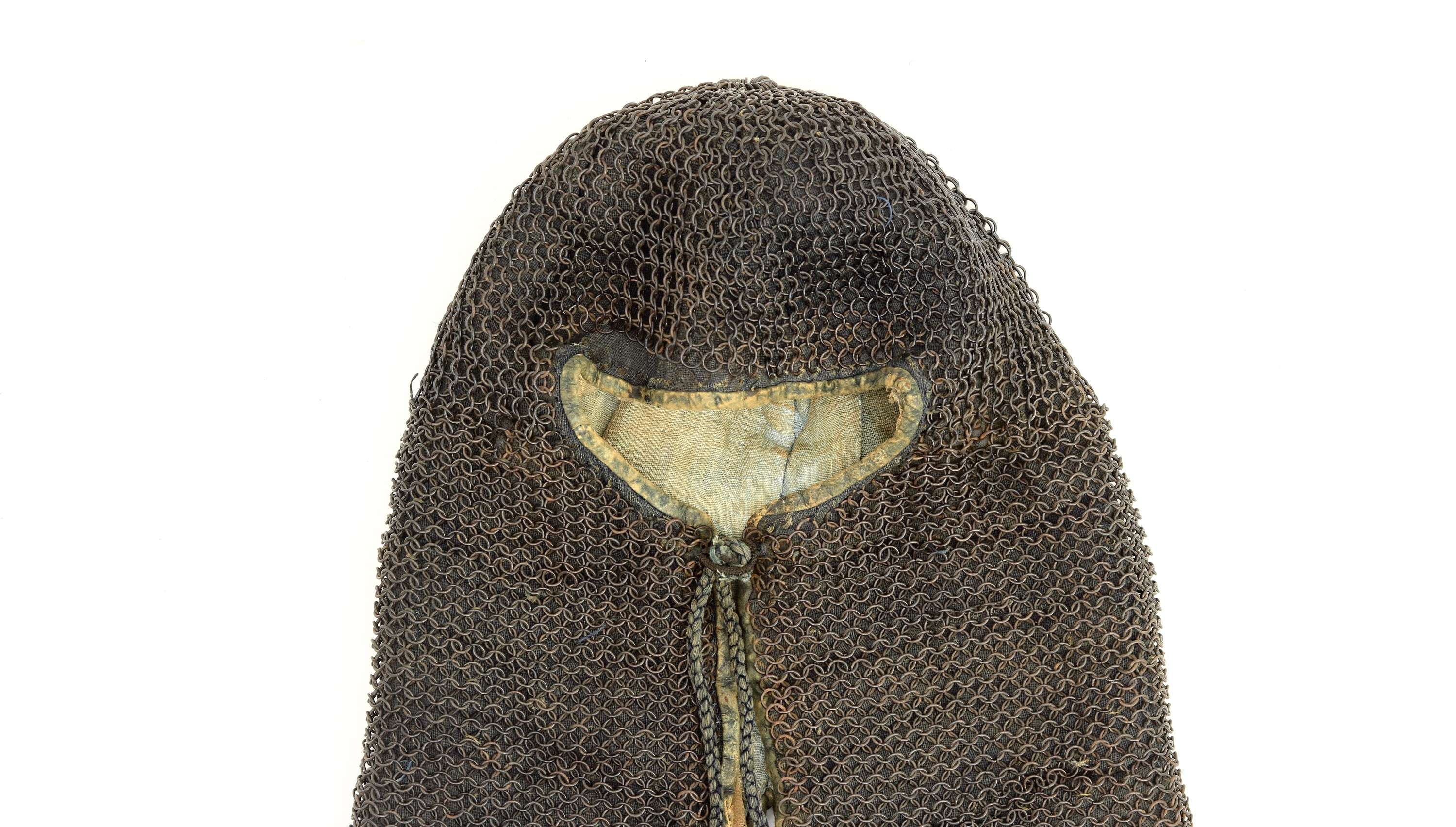 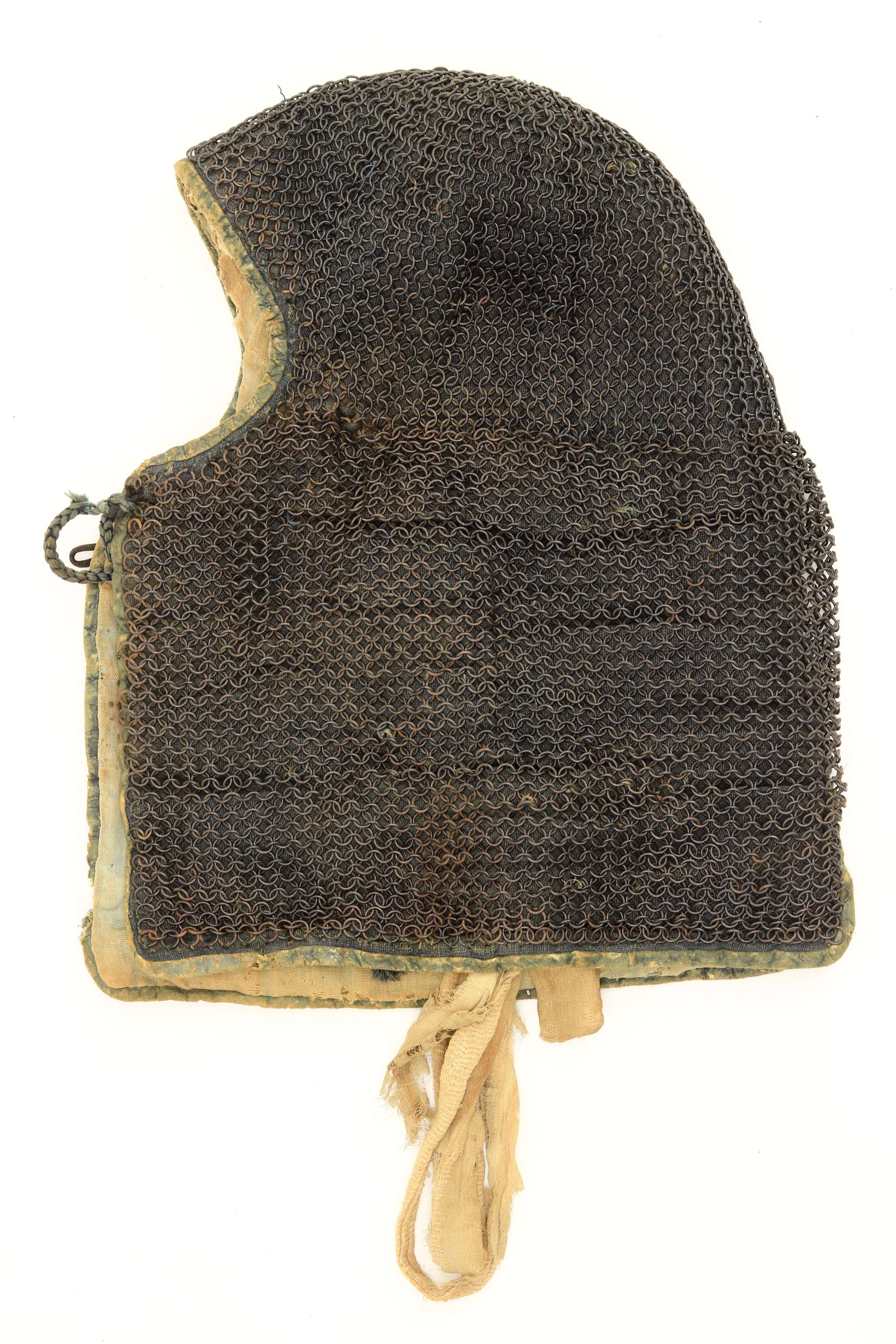 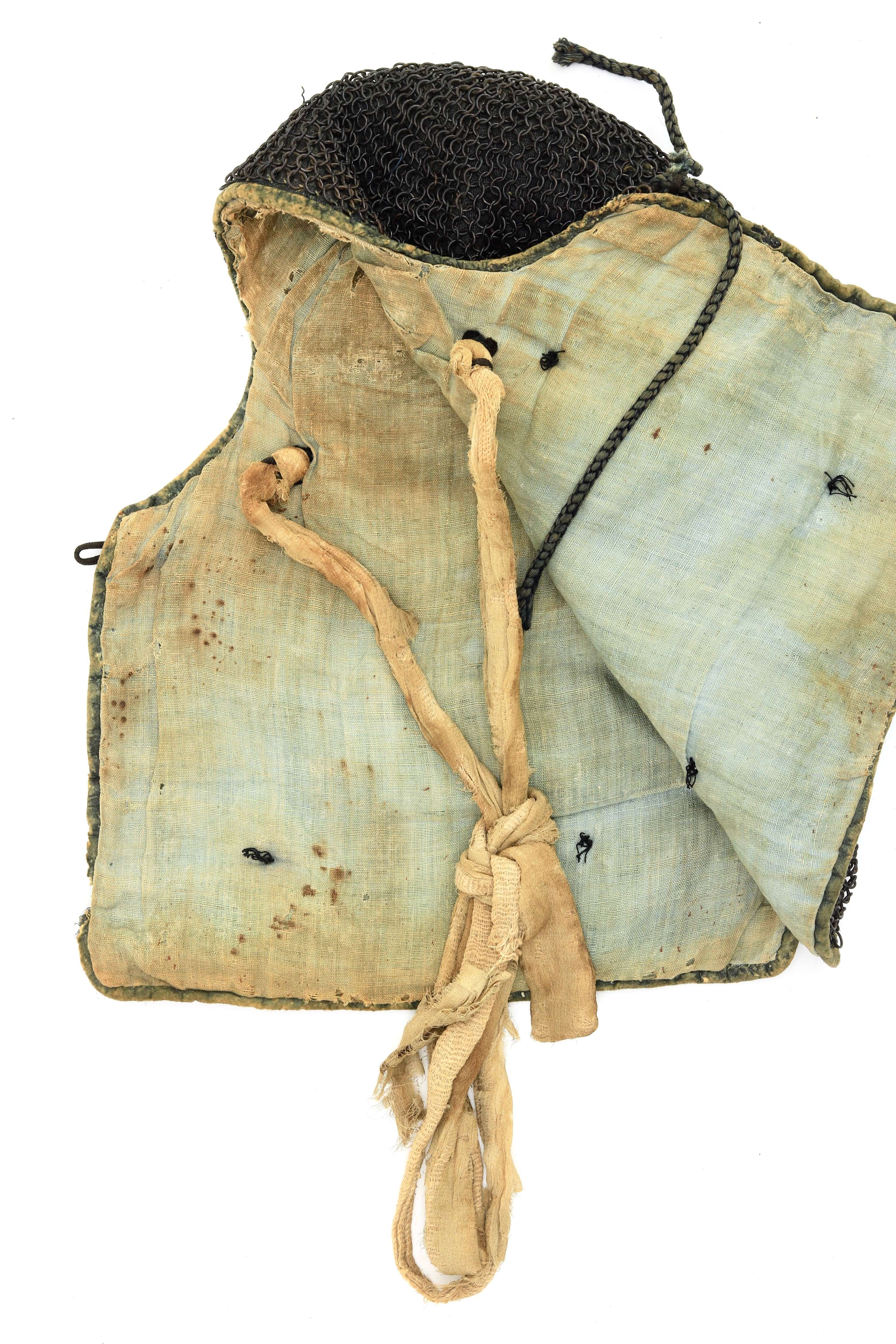 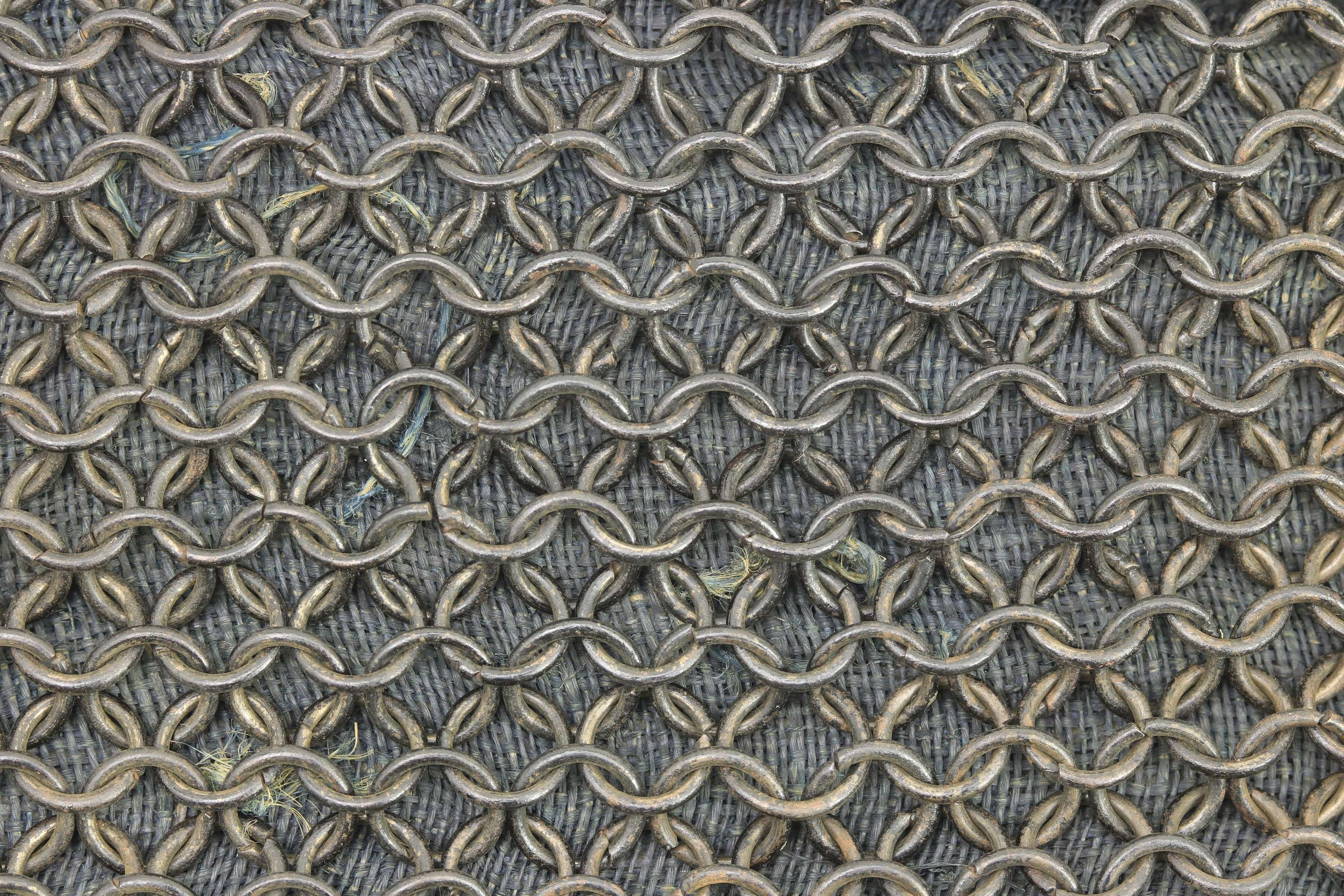