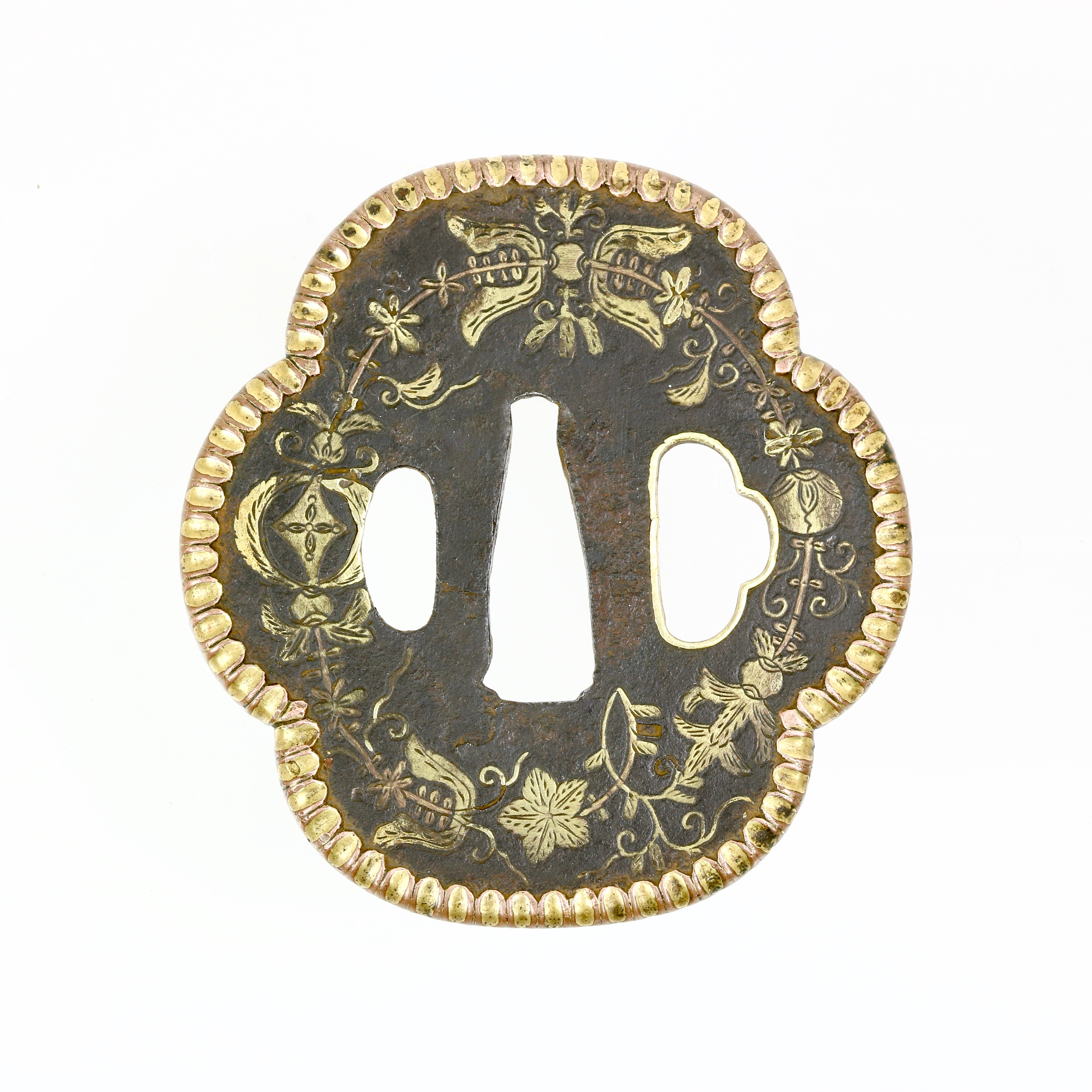 Adjusted and mounted in Japan

The unique construction of the Japanese sword, which by means of removing a single pin could be completely disassembled, meant that many Japanese sword owners had many more sword guards than they had swords. This lead to an appreciation for, and trade in, separate sword guards.

Among those were sometimes imported sword guards from other cultures that were slightly altered so they could be used on Japanese swords. It is therefore in Japan that many rare forms of Chinese, Vietnamese and Korean sword guards were preserved of which most in their home countries already perished.

Here is a nice example of such a guard. Made of a forged iron plate with a gilt copper rim. It has brass inlays in the form of a string with ornaments attached to it, which were then fire-gilt. Much of the gilding still remains.

The design resembles the elaborate ornamental knotwork that the Koreans were known for, which often also combined various auspicious symbols and precious materials into one long string.

Another hint towards Korean manufacture is one of the two side-apertures, called hitsu-ana in Japanese. They were originally meant for the handle of a by-knife (kozuka) and a hairpin (kogai) but they were widely copied purely as decorative elements on cultures under Japanese influence, most notably Vietnam and Korea. Neither culture copied the tradition of carrying the implements they were for, so the holes got smaller and smaller over time, rendering them practically useless for their intended purpose.

Side aperture in a Korean sword guard, still mounted on its saber.
Sold by Mandarin Mansion in 2019.

When this guard came into Japan, the new Japanese owner had the kogai hitsu-ana enlarged to functional size and lined with gold. The use of expensive gold lining speaks of the appreciated he must have had for this guard.

A very rare guard, possibly unique on today's market. While none seemed to have survived in collections of Korean arms, the style and workmanship strongly points towards Korea as the most likely place of manufacture. 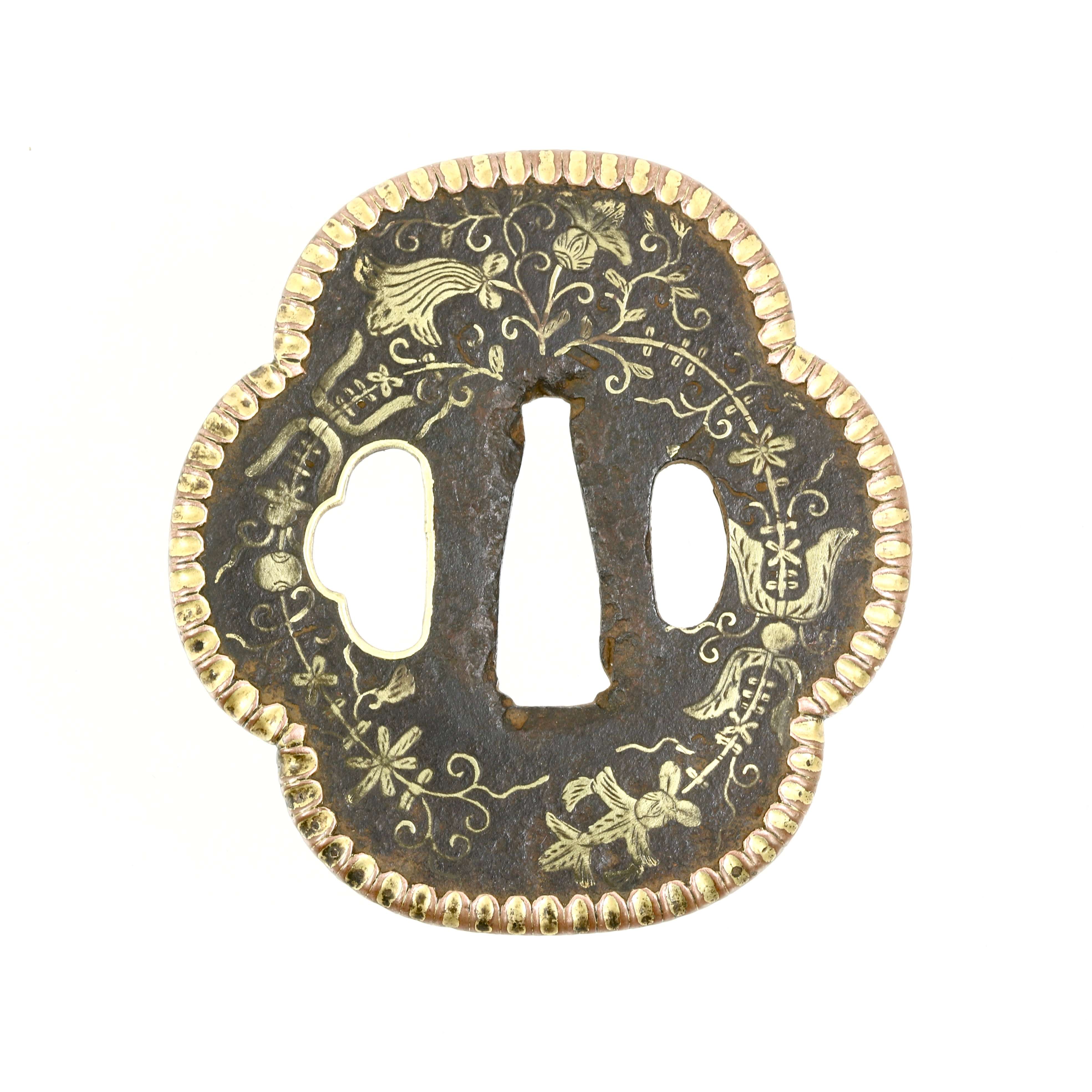 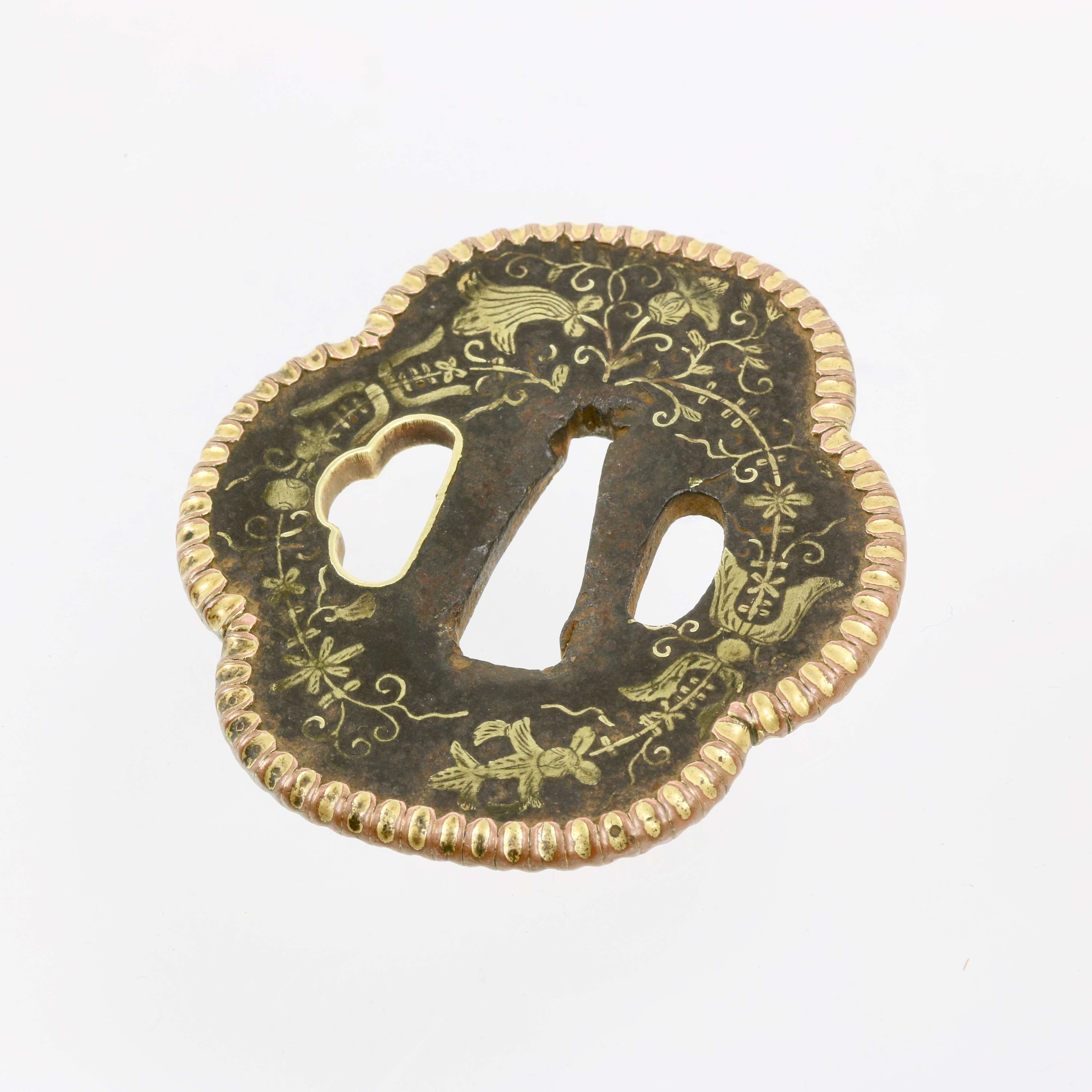 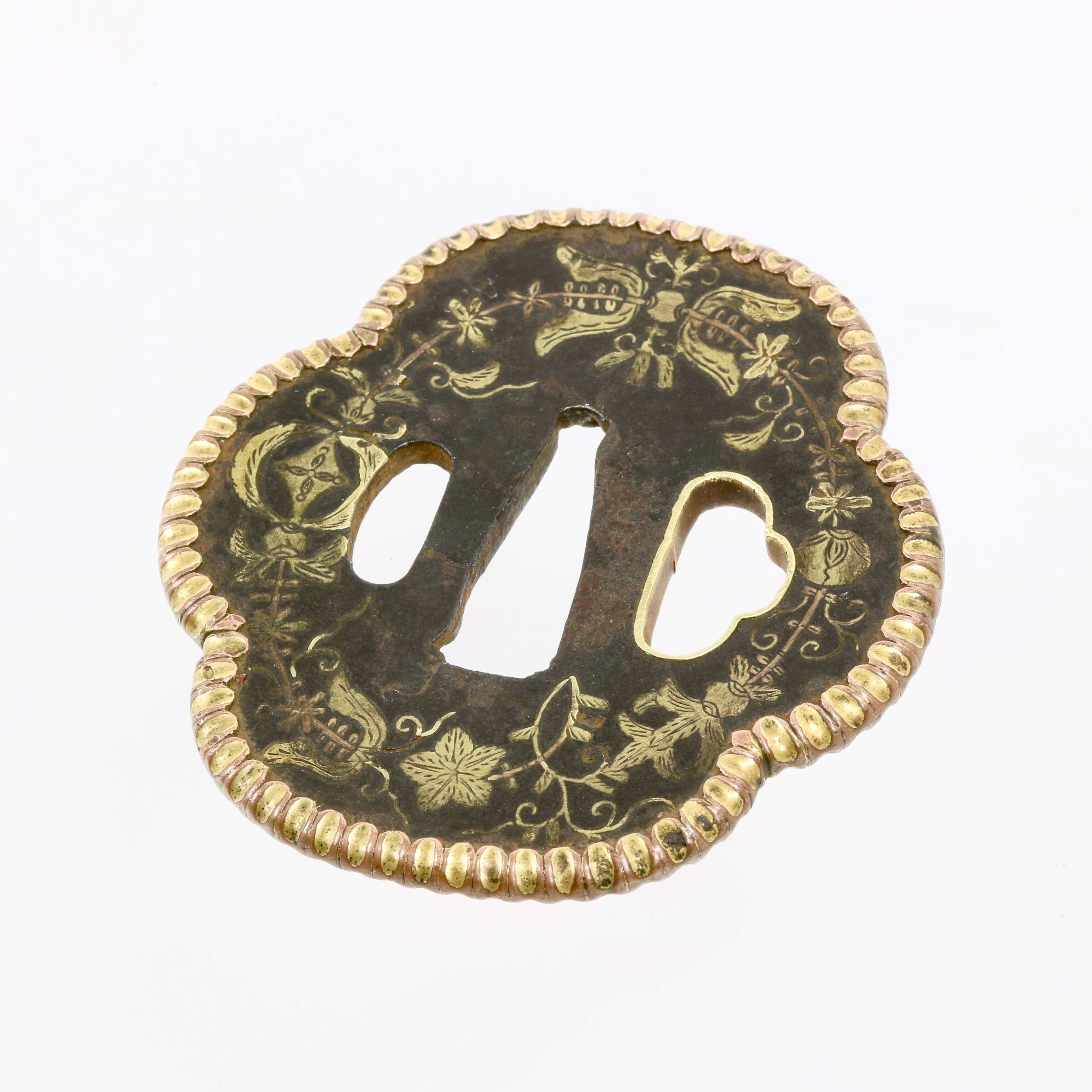 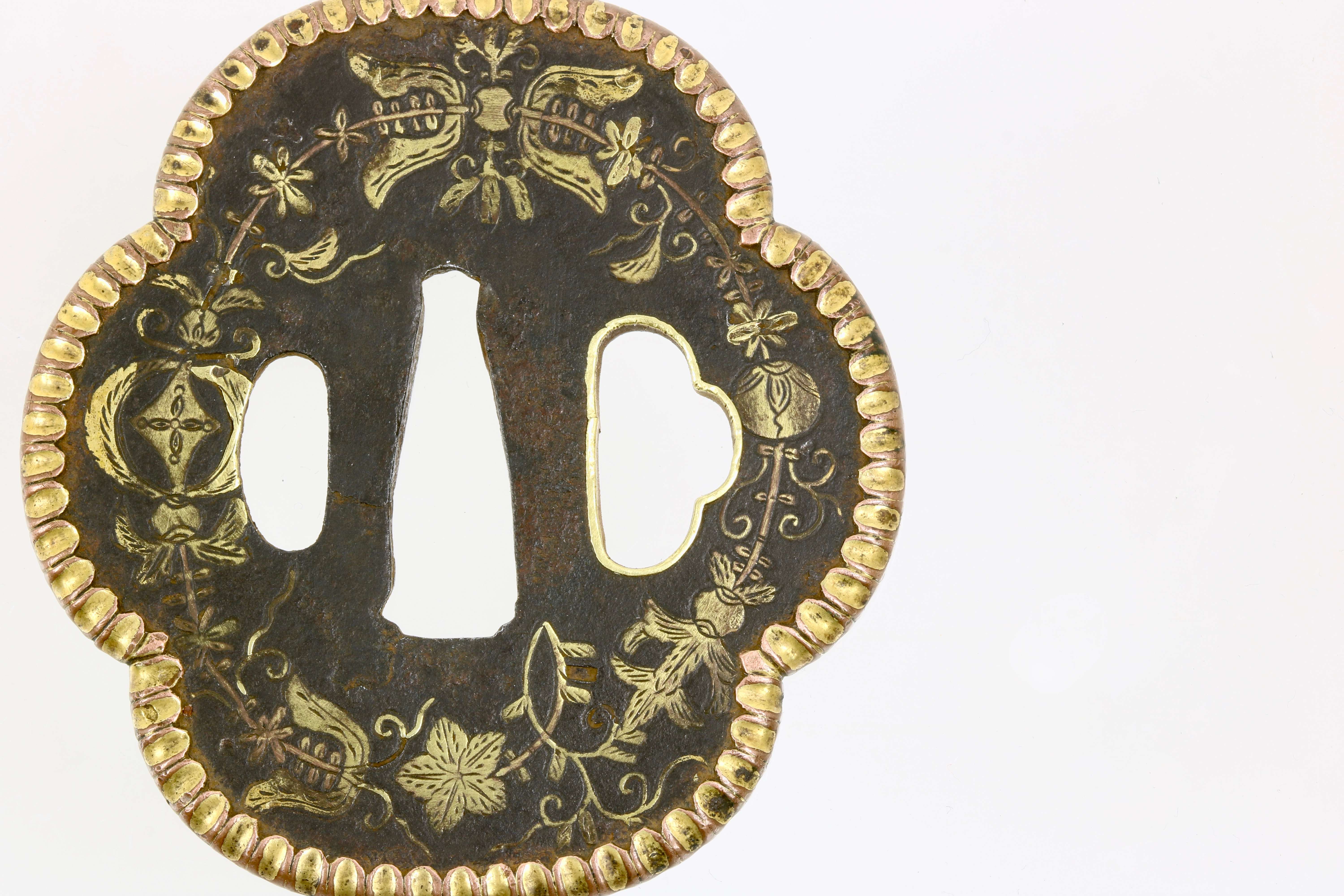 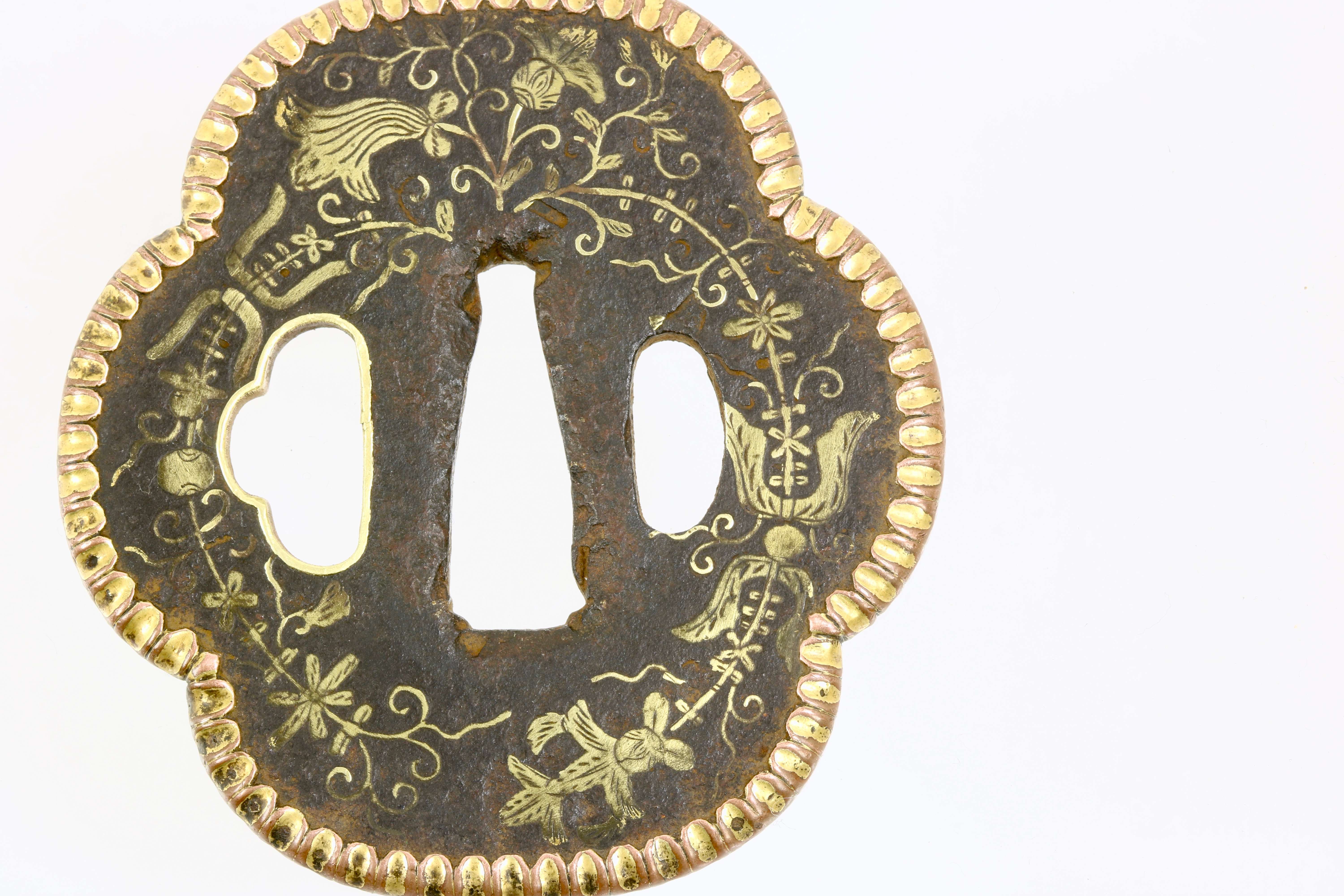 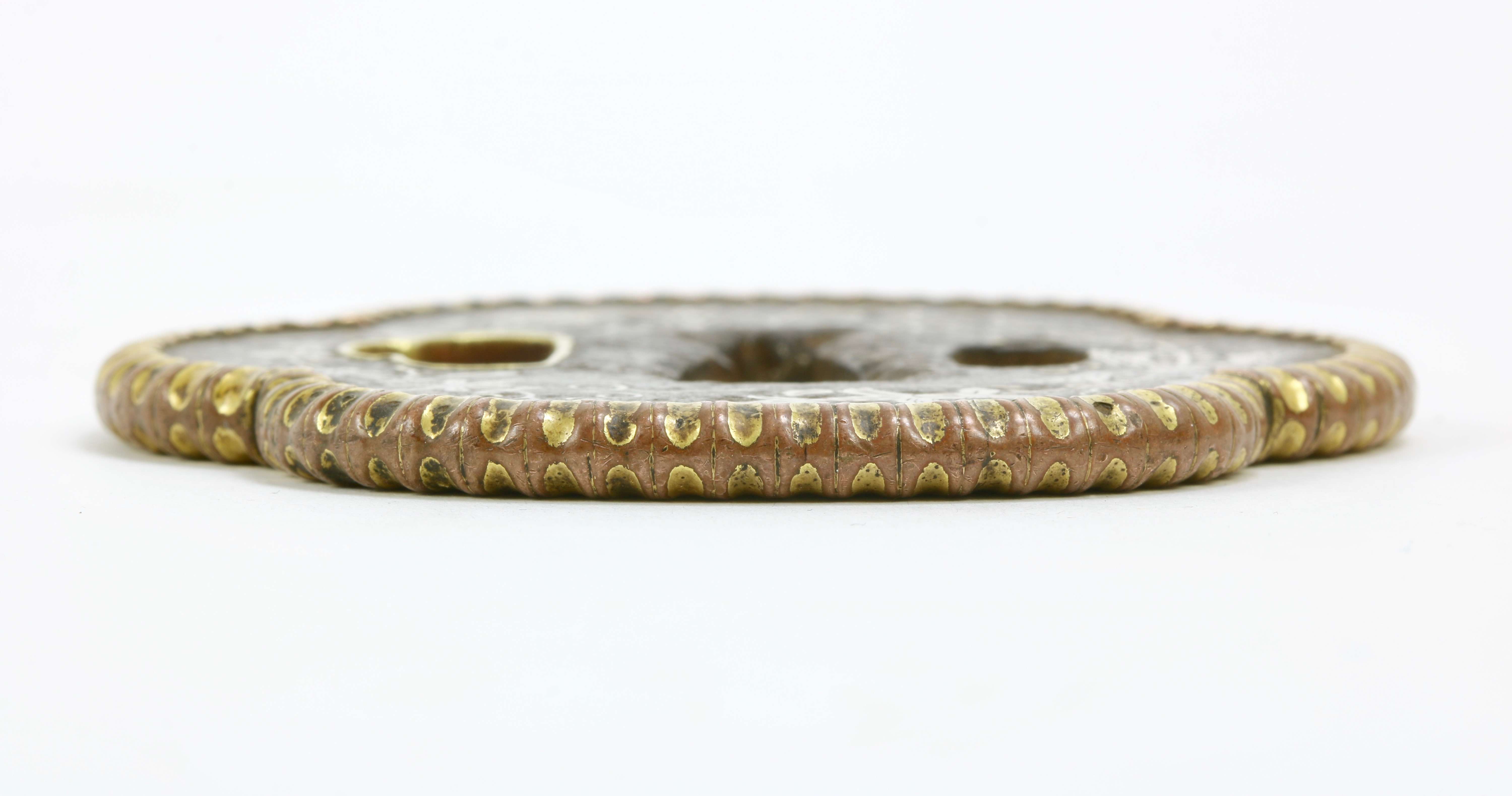 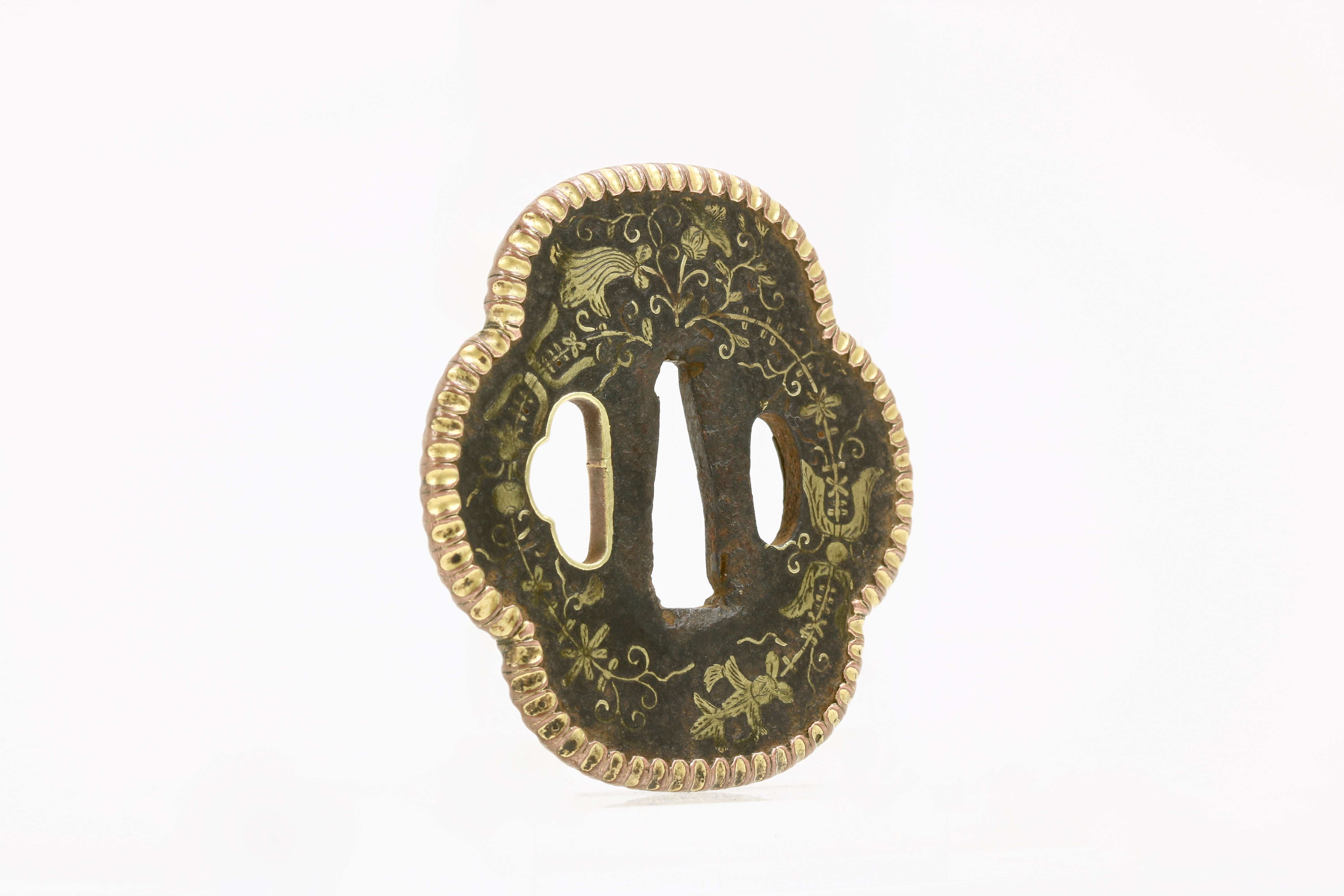 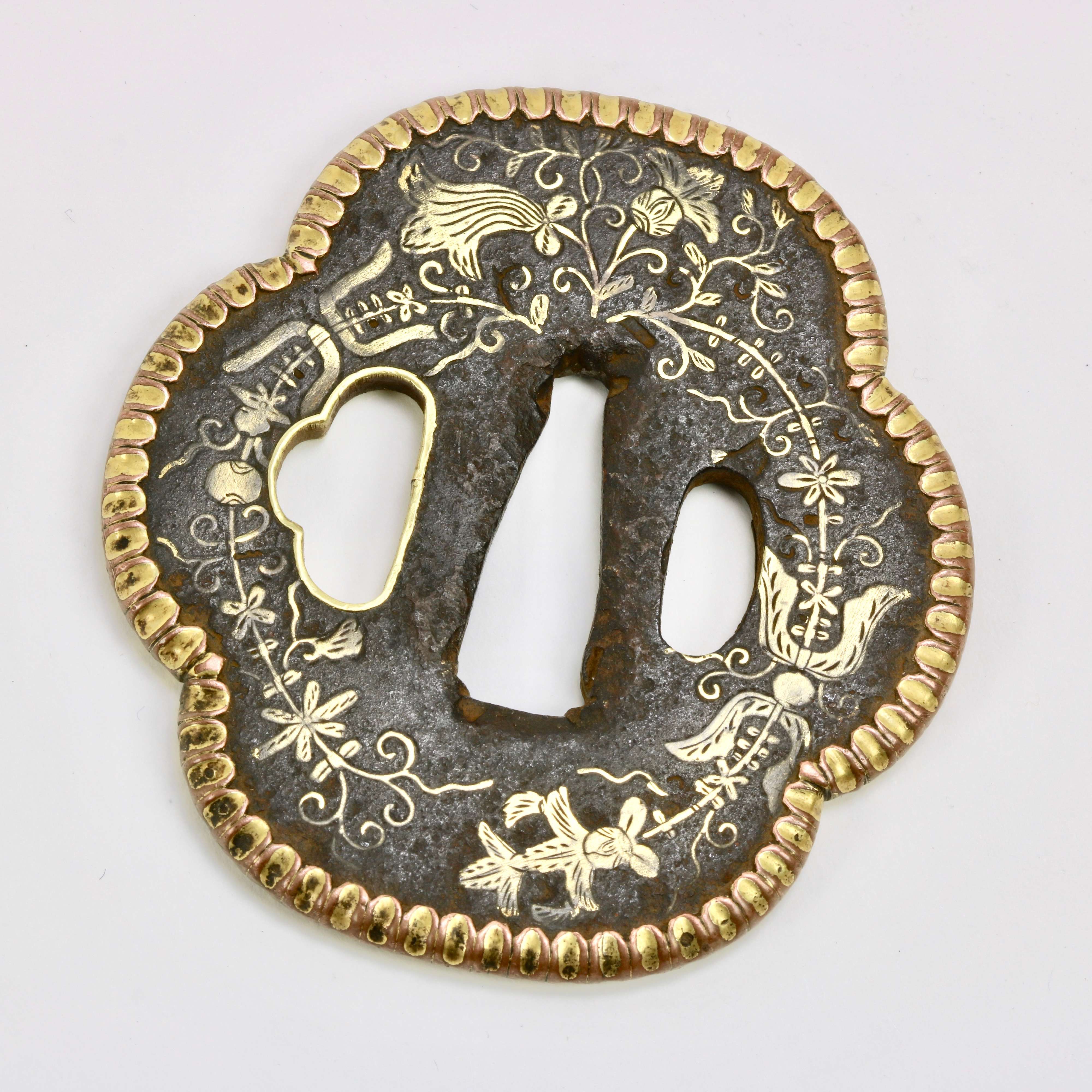 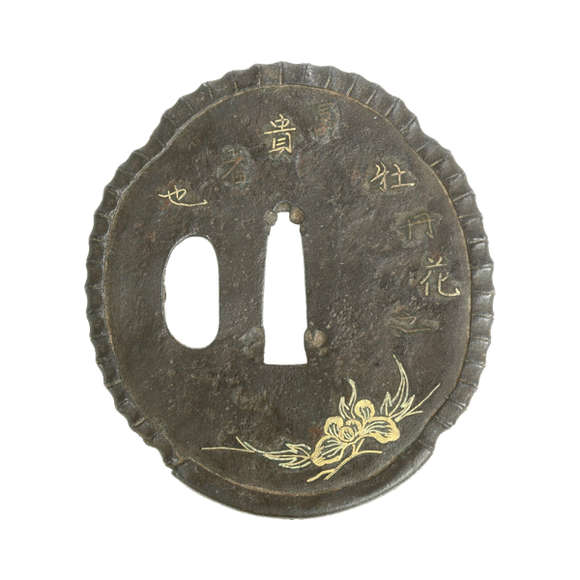