This item has been sold.
Read full article
Length:

385 grams
(not counting the tassel)

Antique Korean arms of any kind are incredibly rare, both on today's market as in museum collections. This is believed to be first due to rigorous disarmament under Japanese occupation, and second ,because the culture had a general disdain for martial matters to begin with, and thus did not treasure their arms like many other cultures did.

This high degree of focus on the civil aspect of culture, and the disdain for martial affairs is also reflected in the size of ceremonial weapons in Korea. Korean ceremonial bow cases and quivers are so small that they do not even fit the already quite small -but extremely refined and efficient- Korean composite bow. They were made to carry a much smaller, purely ceremonial bow. The same goes for court sabers worn by military officials, which are usually short and rather toy-like.

The blade on this example is thick and stiff for one of these, with actually some weight in it. The blade of wedge shaped cross-section with single narrow groove on each side. The tip is clipped, like the Chinese yànchìdāo or "goose wing saber". This is the first time I see this on a Korean piece. I checked surfaces and tools marks and it really does look original to the piece.

The collar piece is of gilt copper, overall shaped like a Japanese habaki but with cutouts more commonly seen on Chinese tunkou.

The mounts are all well-made, of copper-alloy that was blackened. The pommel has an interesting abstract design on the back, that reminds me of Chinese archaic kui dragons.

Handle wrapped with brown silk over ray-skin, and a hole for the long tassel which was once probably completely purple, now partially faded.

All in original, “as found” condition.

Conclusion
A nice example of a somewhat higher quality Korean ceremonial saber. It is complete, with only minimal losses due to wear, and no recent repairs. 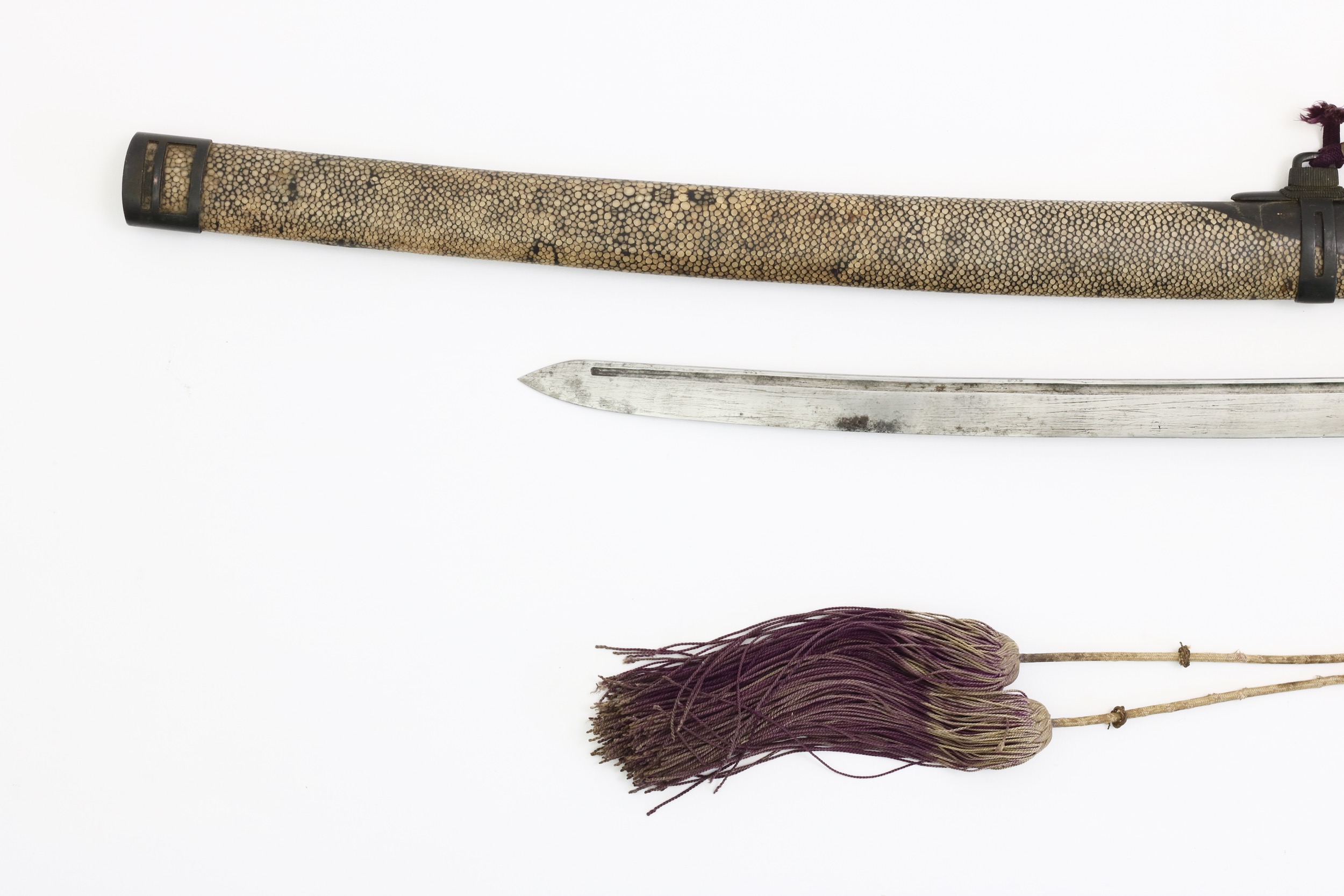 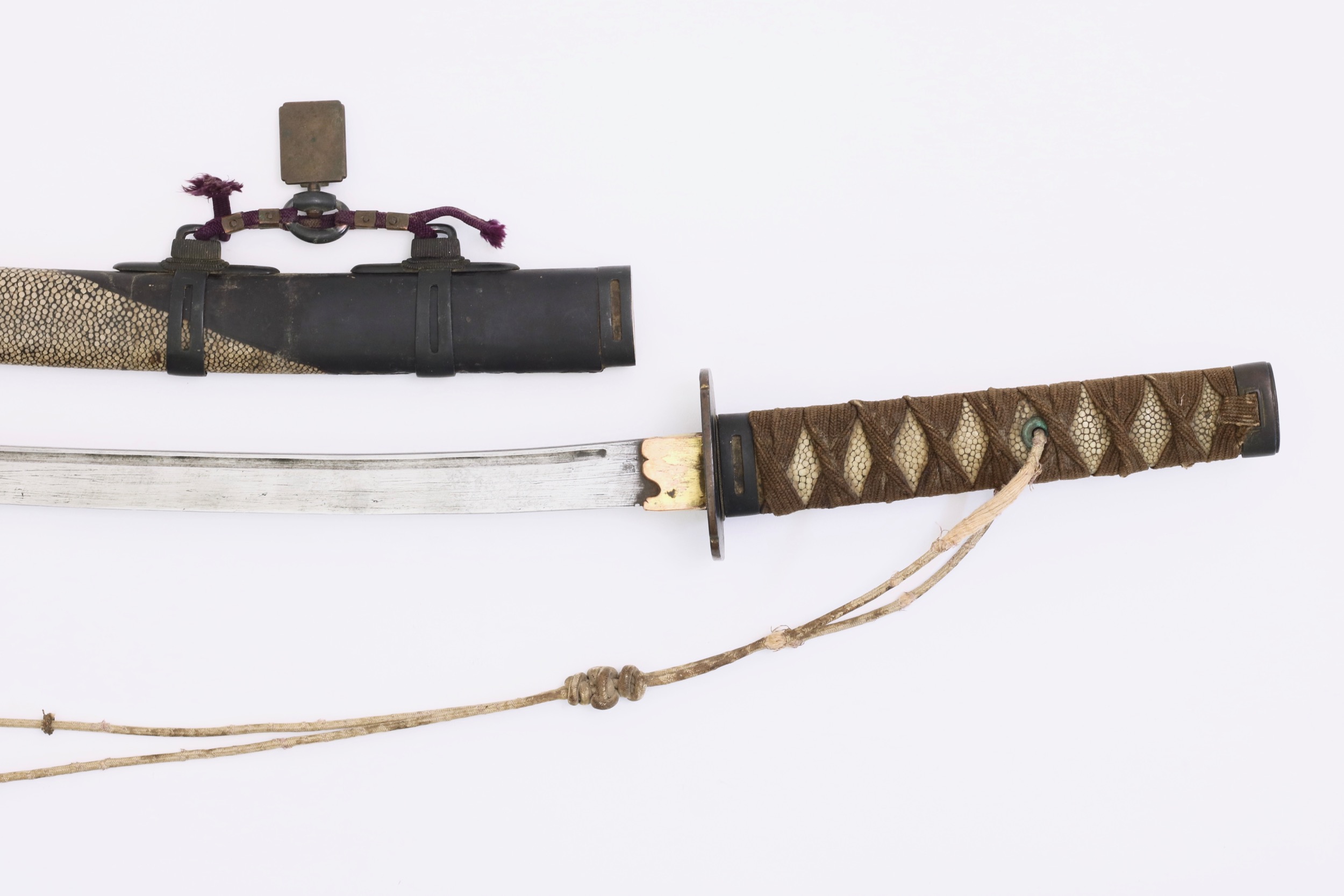 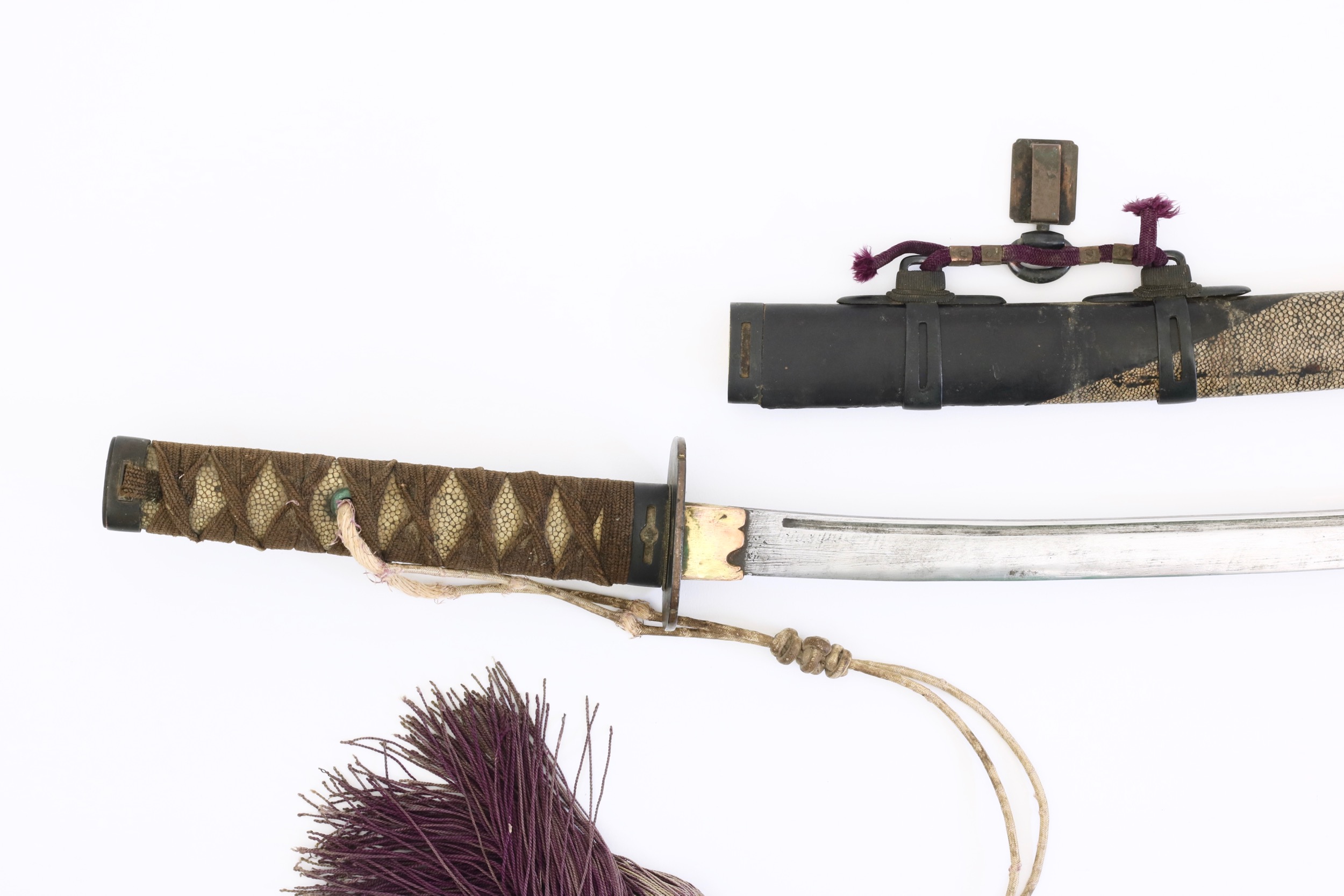 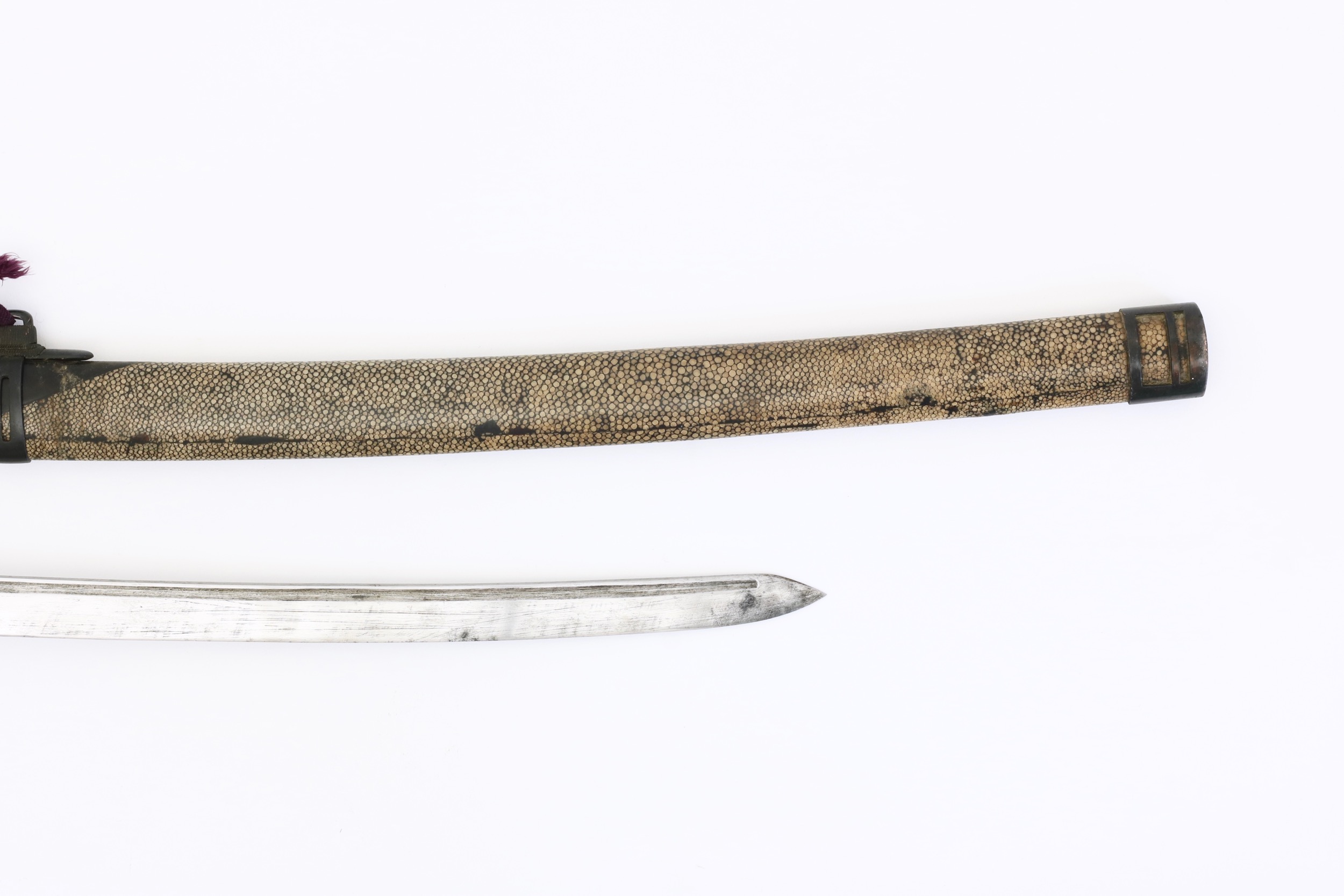 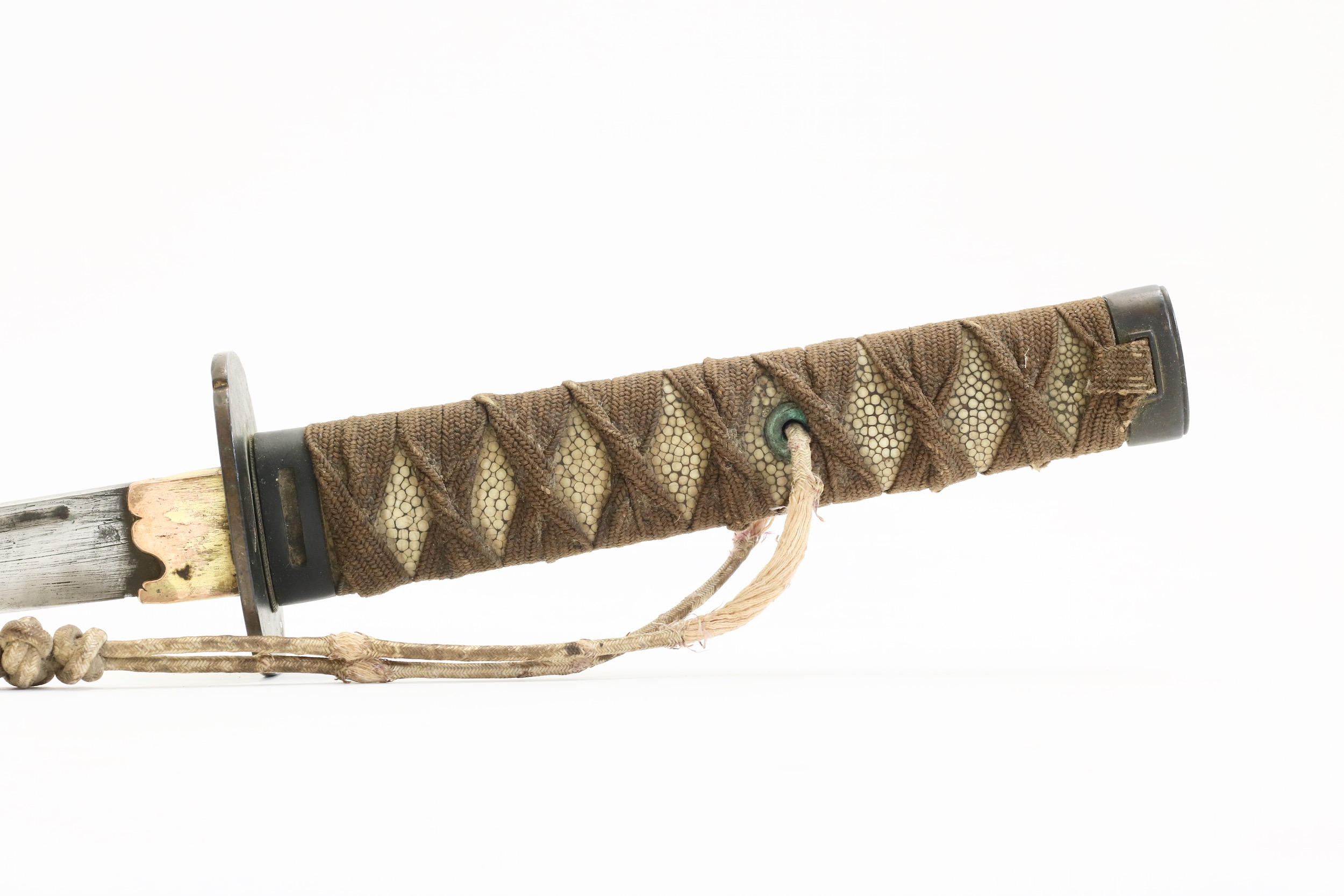 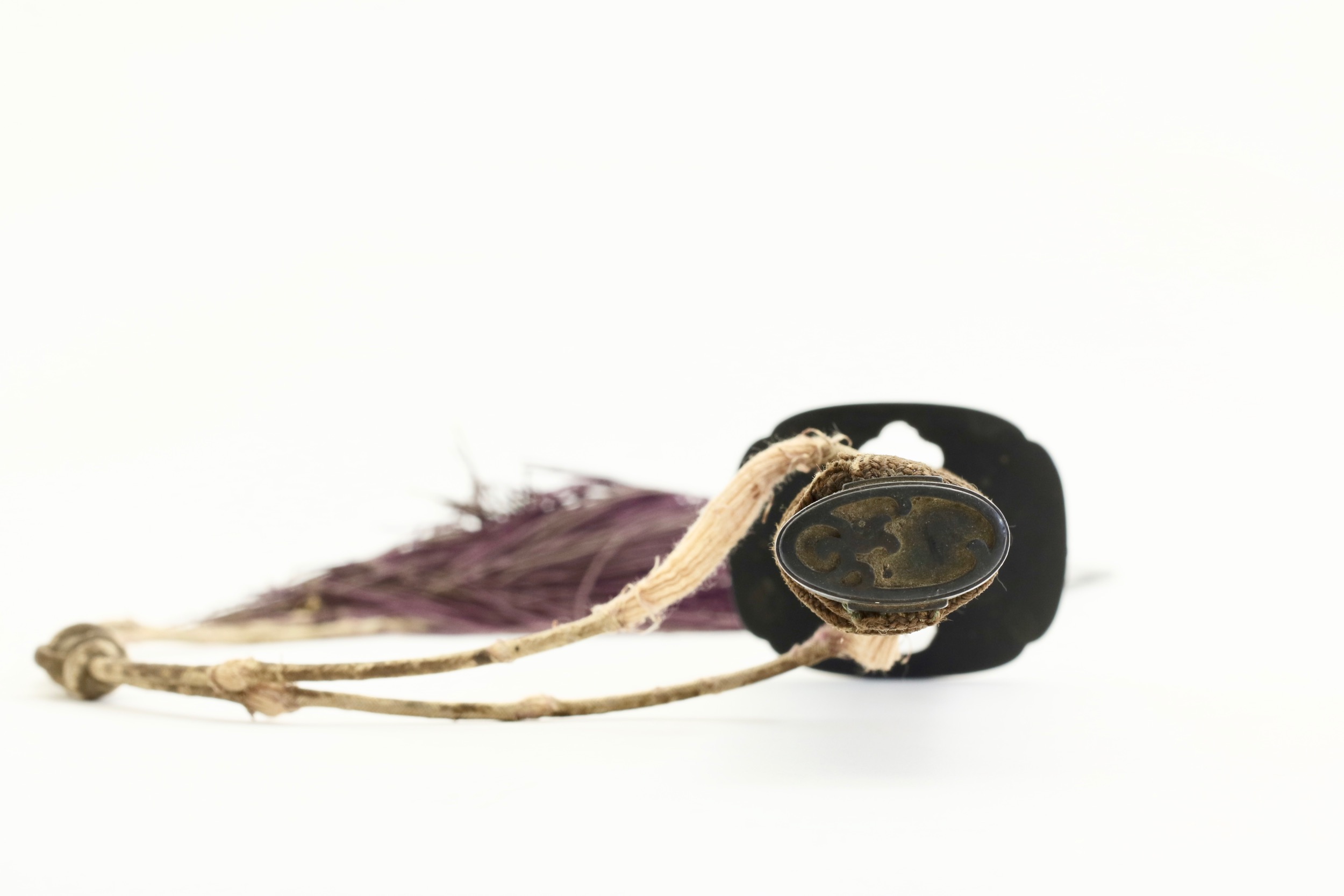 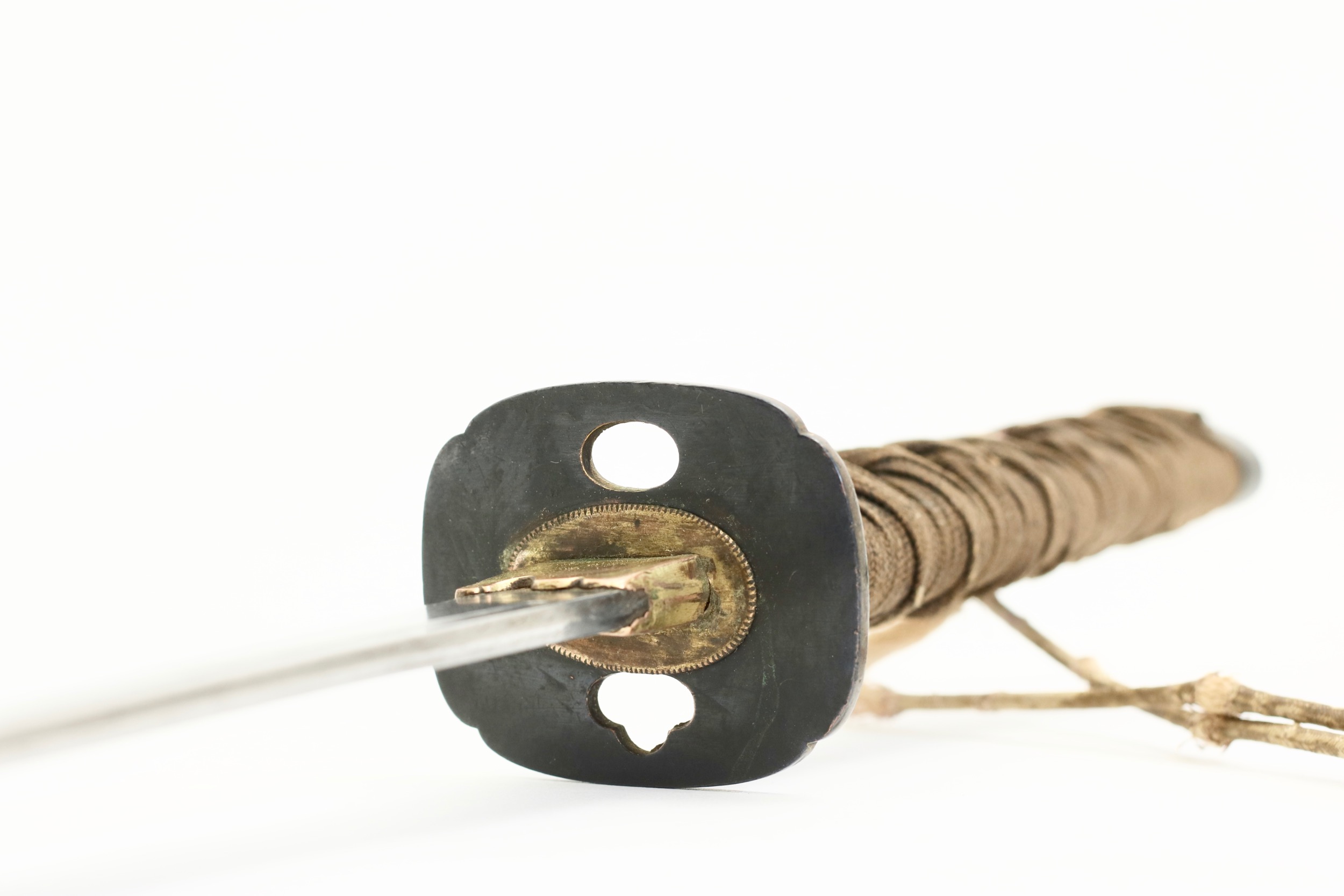 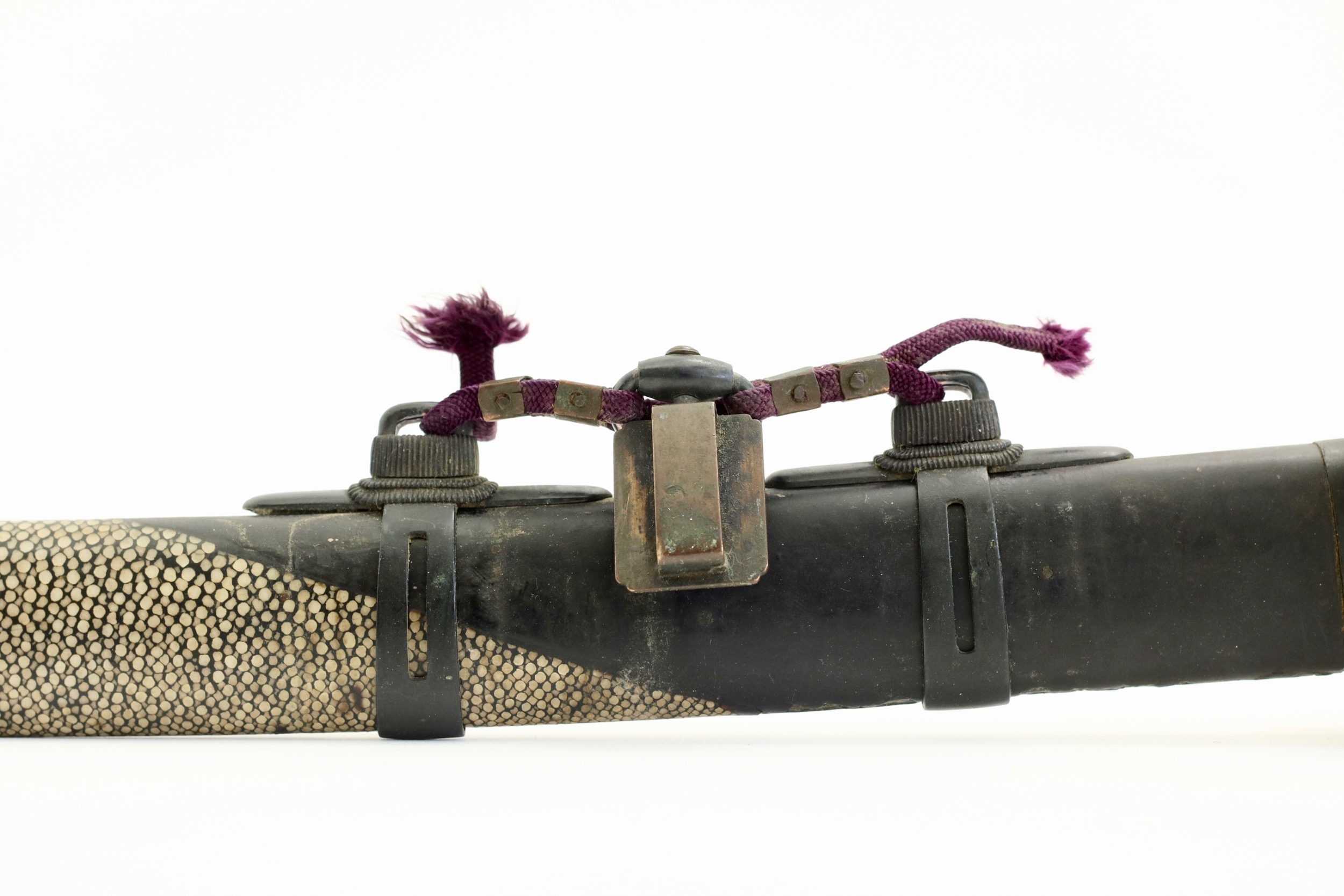 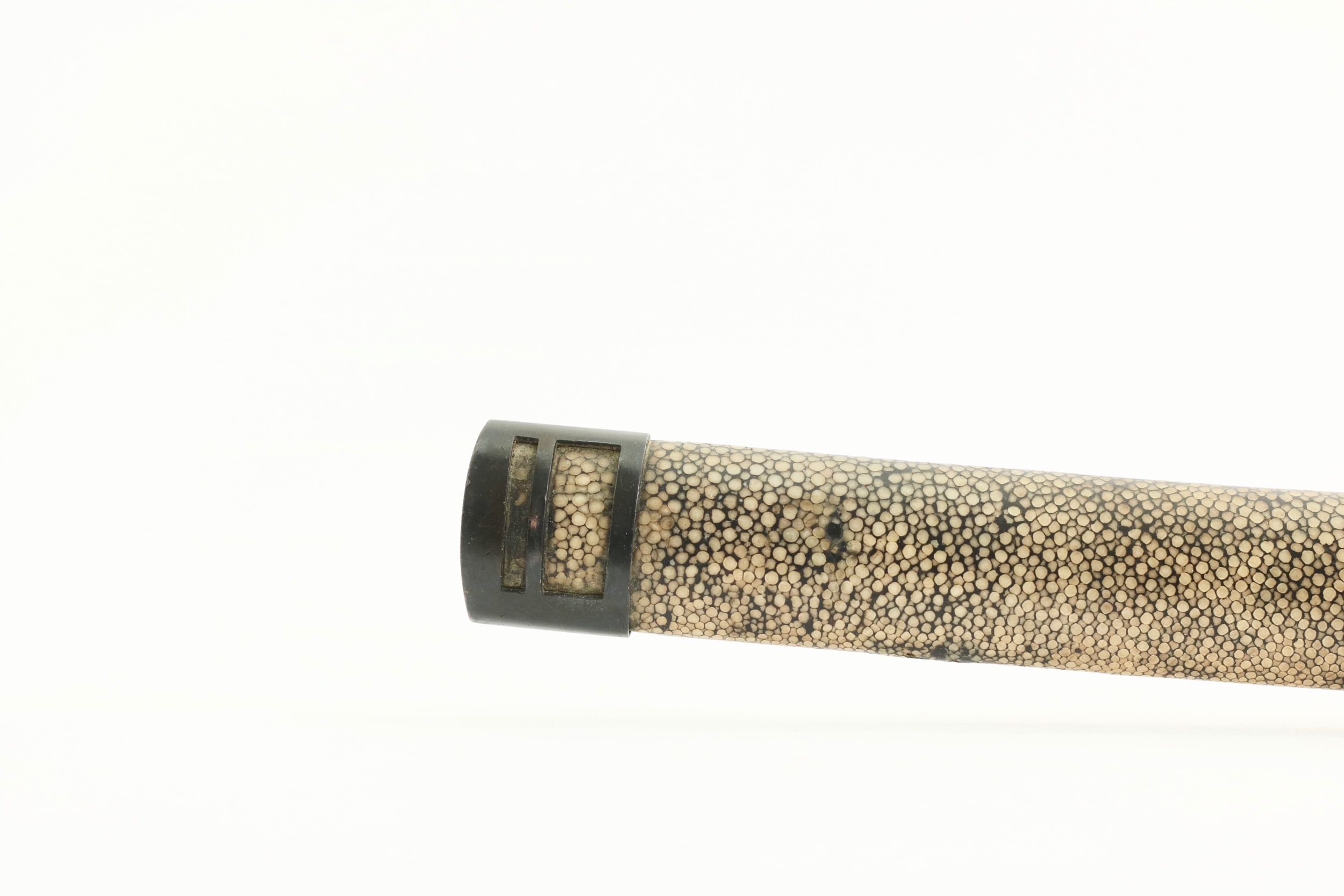 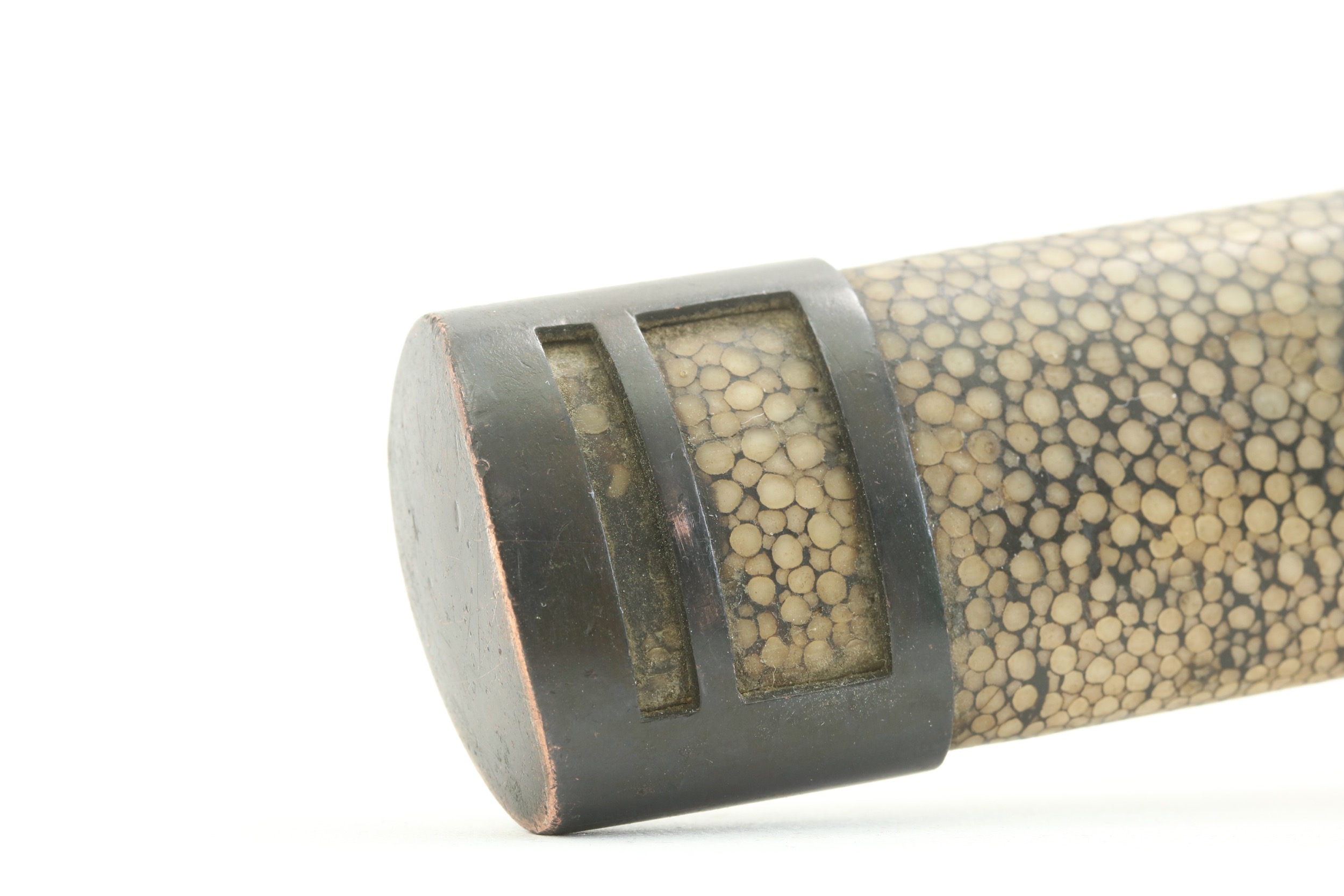 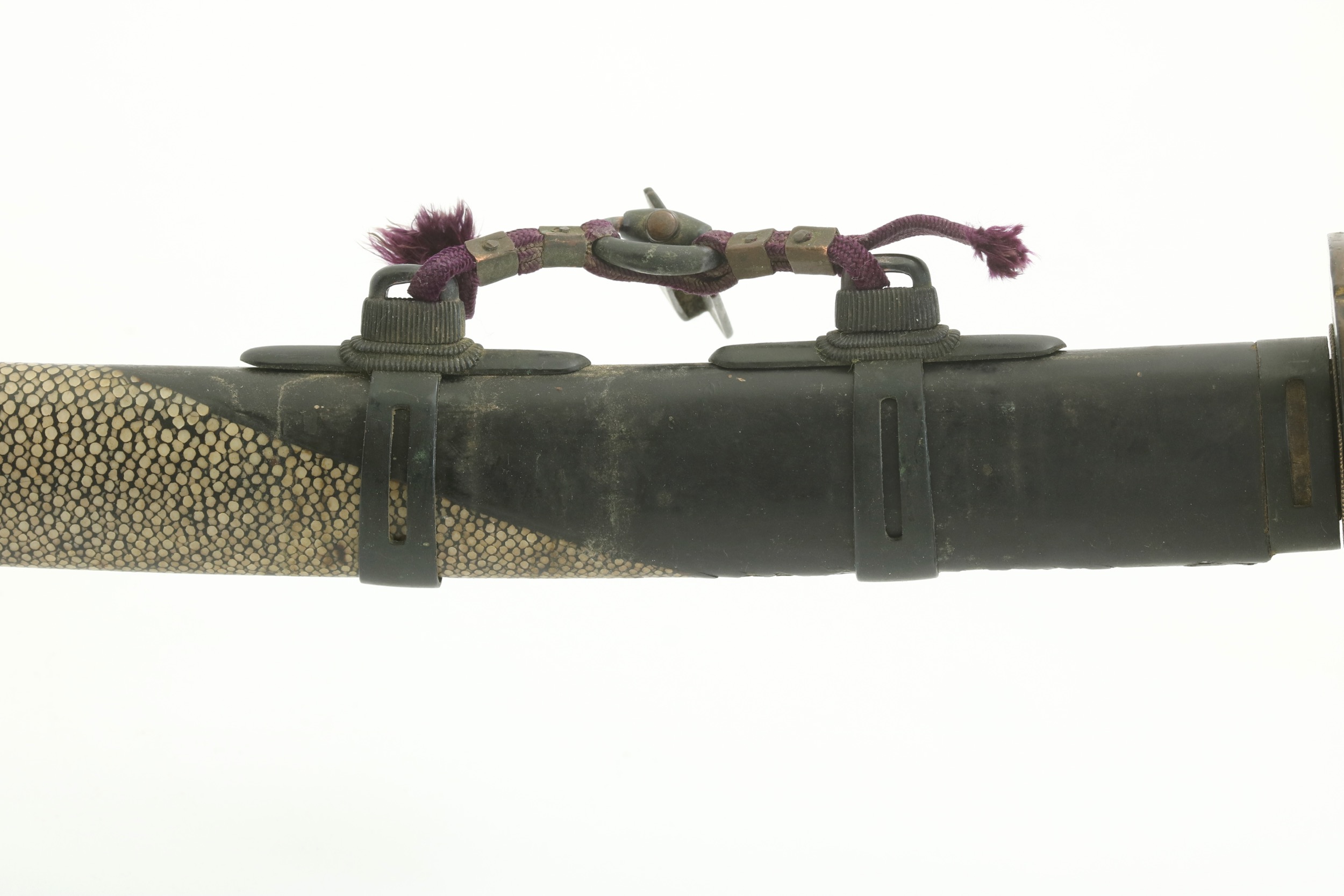 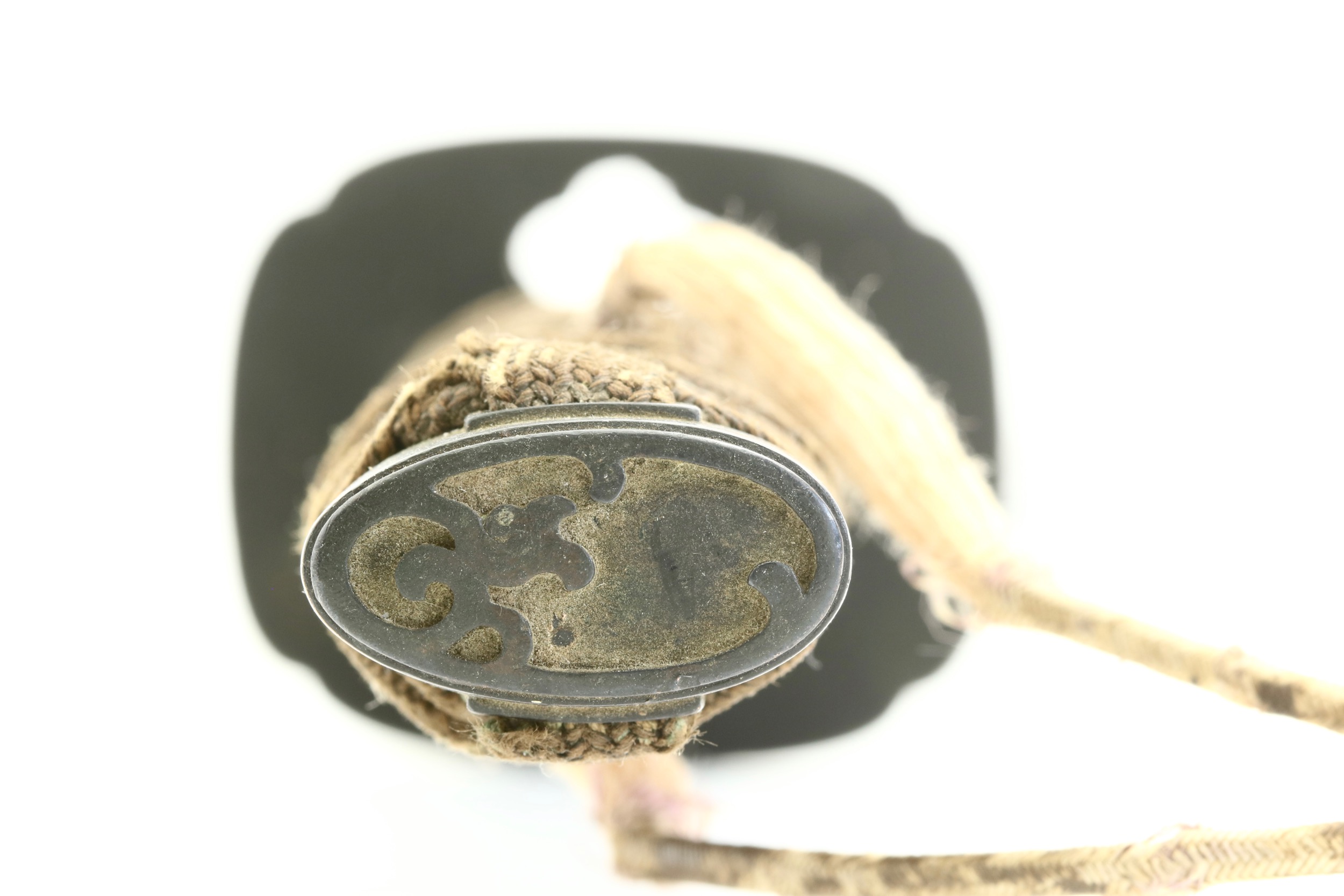 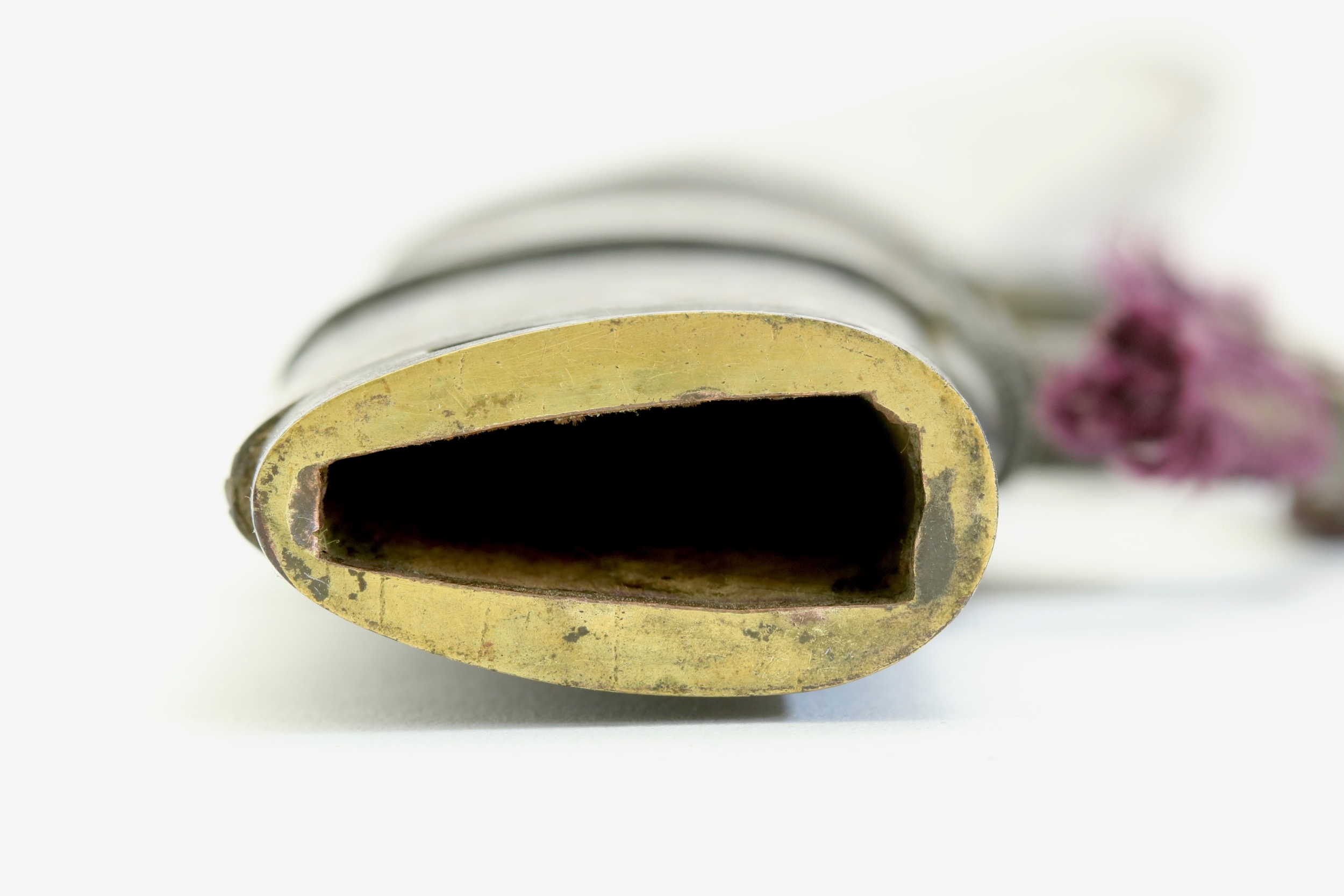 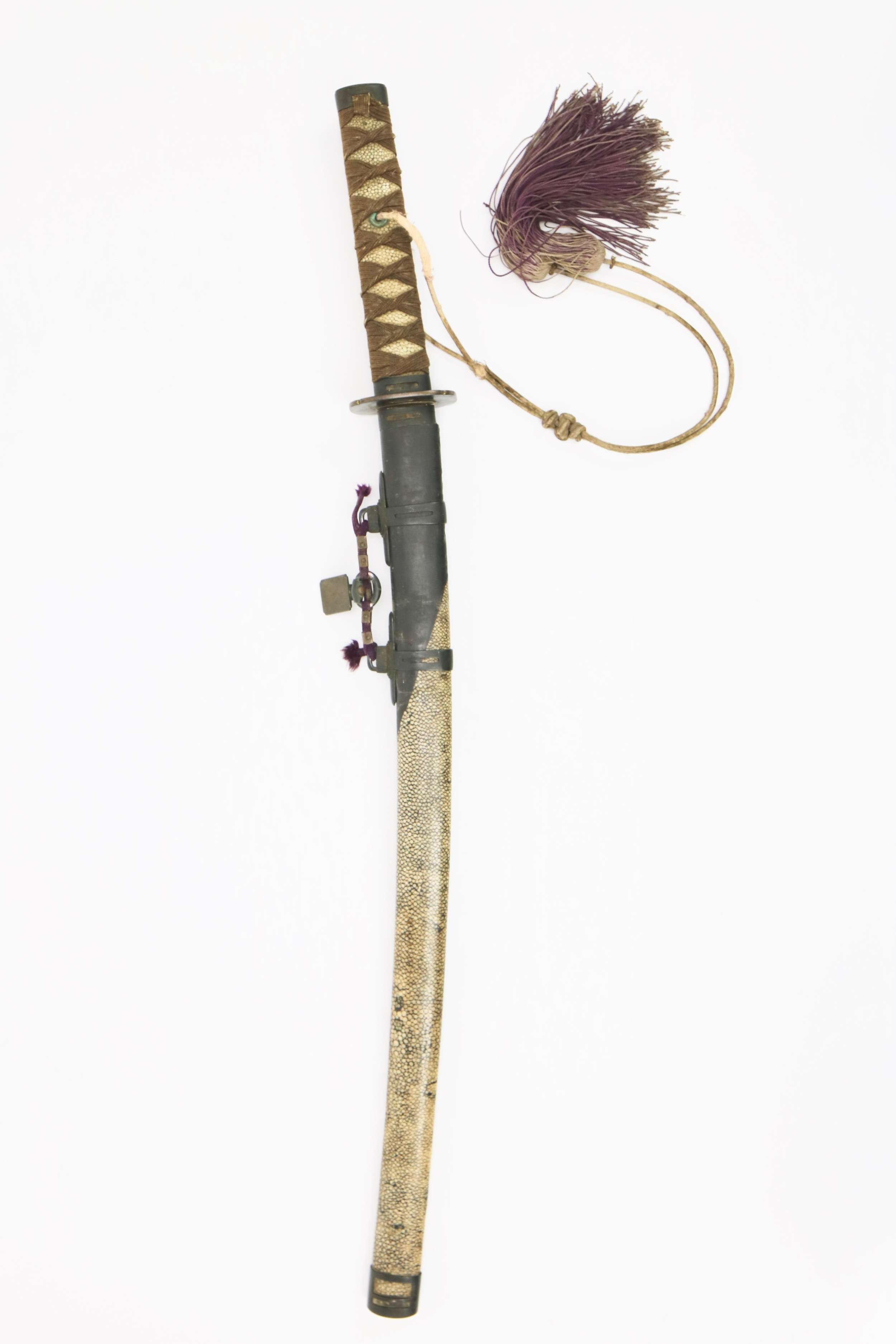