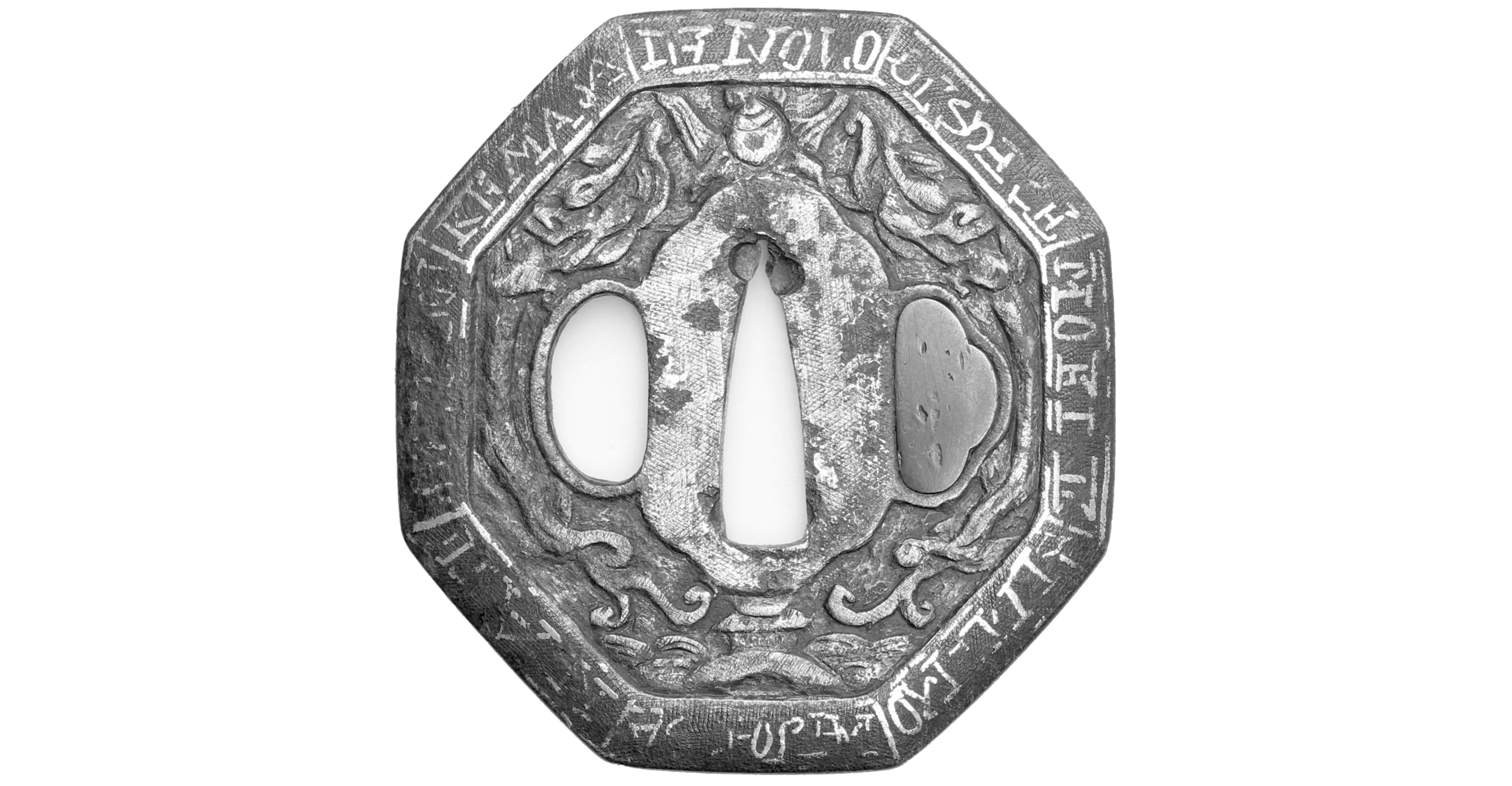 Kiyou Toujin tsuba (崎陽 唐人鐔) literally means "Nagasaki Tang-man sword guard". They are a genre of sword guards in a Japanese style that were made by Chinese craftsmen working in Nagasaki's Toujin Yashiki (唐人屋敷) literally "Tang-man Palace", or Chinatown.1 These guards were probably mostly made for Nagasaki traders including the Dutch that used them as gifts but possibly also for the local market of curiosities.2

Notes to introduction
1. By 1700, no less than 10% of Nagasaki's inhabitants were Chinese.
2. James L. McElhinney; Chinese carvers working in Japan during the Edo Period. (Part 1 and 2) Connoisseur's Notebook. 2017.

Of octagonal form with chamfered edges, the center panel carved in relief. On the facing side are carved two dragon and the sacred jewel. The reverse is carved with stylized cloud forms, in a pointy style as was common in Chinese art of the 17th century. There are remains of silver overlay on both faces.

The outer rim is decorated with silver wire overlay. The designs appear to be attempts to render lettering from the Roman alphabet. It is done capitals on the front side, and in unintelligible cursive script on the other side. On the front, right, the word “MOEI” can be identified. This seems to be part of the word “moeite” meaning “effort” in Dutch.

It appears that whoever made it took the wording from a Dutch document. Nagasaki Chinatown was adjacent to the Dutch trading post at Deshima.

The nakago-ana has indentations indicating it was at some point mounted on a sword. The kozuka-hitsu-ana is plugged with shakudō (赤銅), a copper/gold alloy.

A near identical example was once in the W.L. Behrens collection. It was probably made by the same craftsman, or at least the same shop:

Our example (left) compared to a similar piece in the W.L. Behrens collection. (right).

An interesting sword guard that was probably made to be used as a gift to a Japanese contact. It illustrates a fascination with things European, of which only glimpses could be caught in Nagasaki due to the highly restricted nature of international trade at the time. 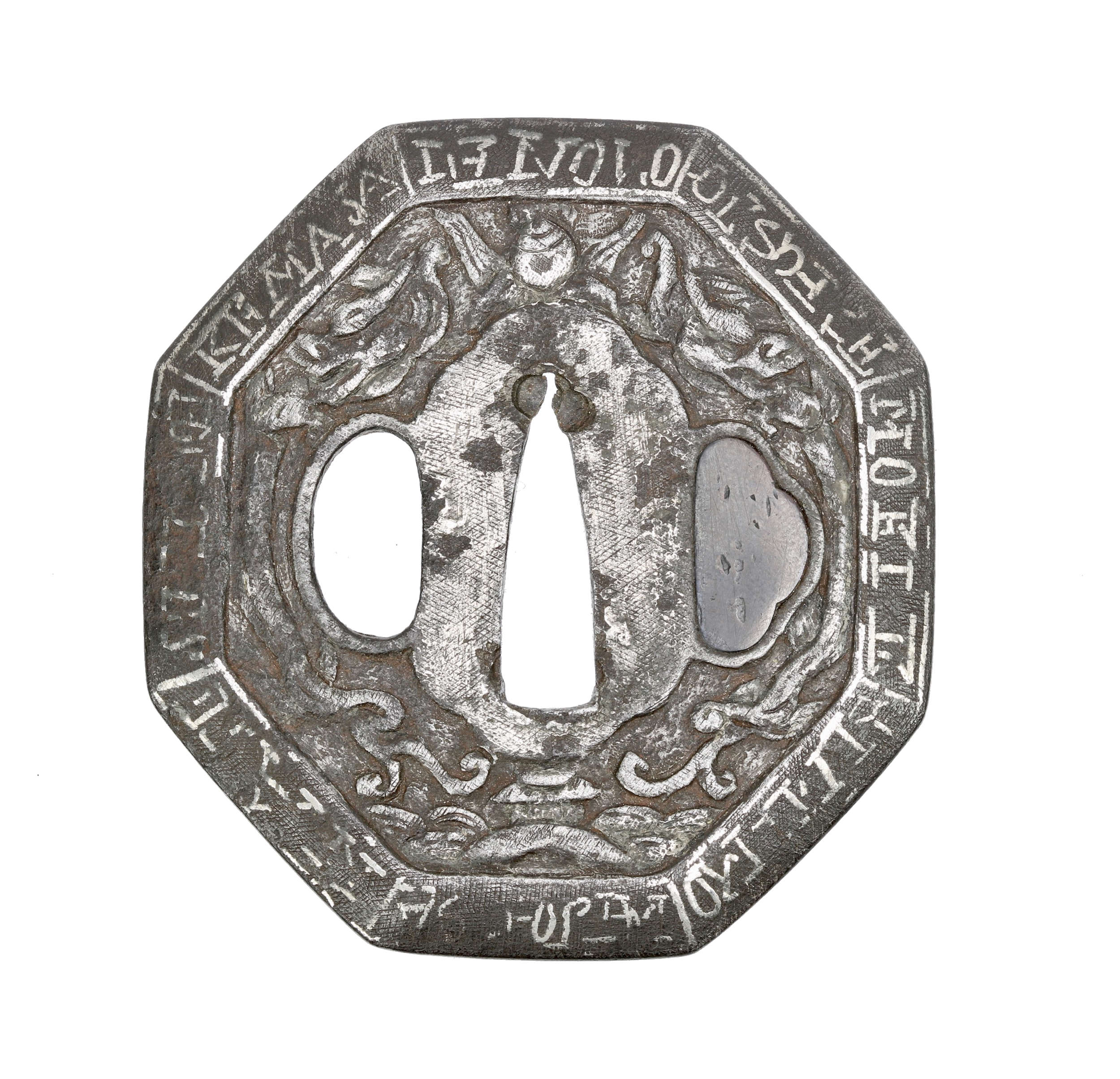 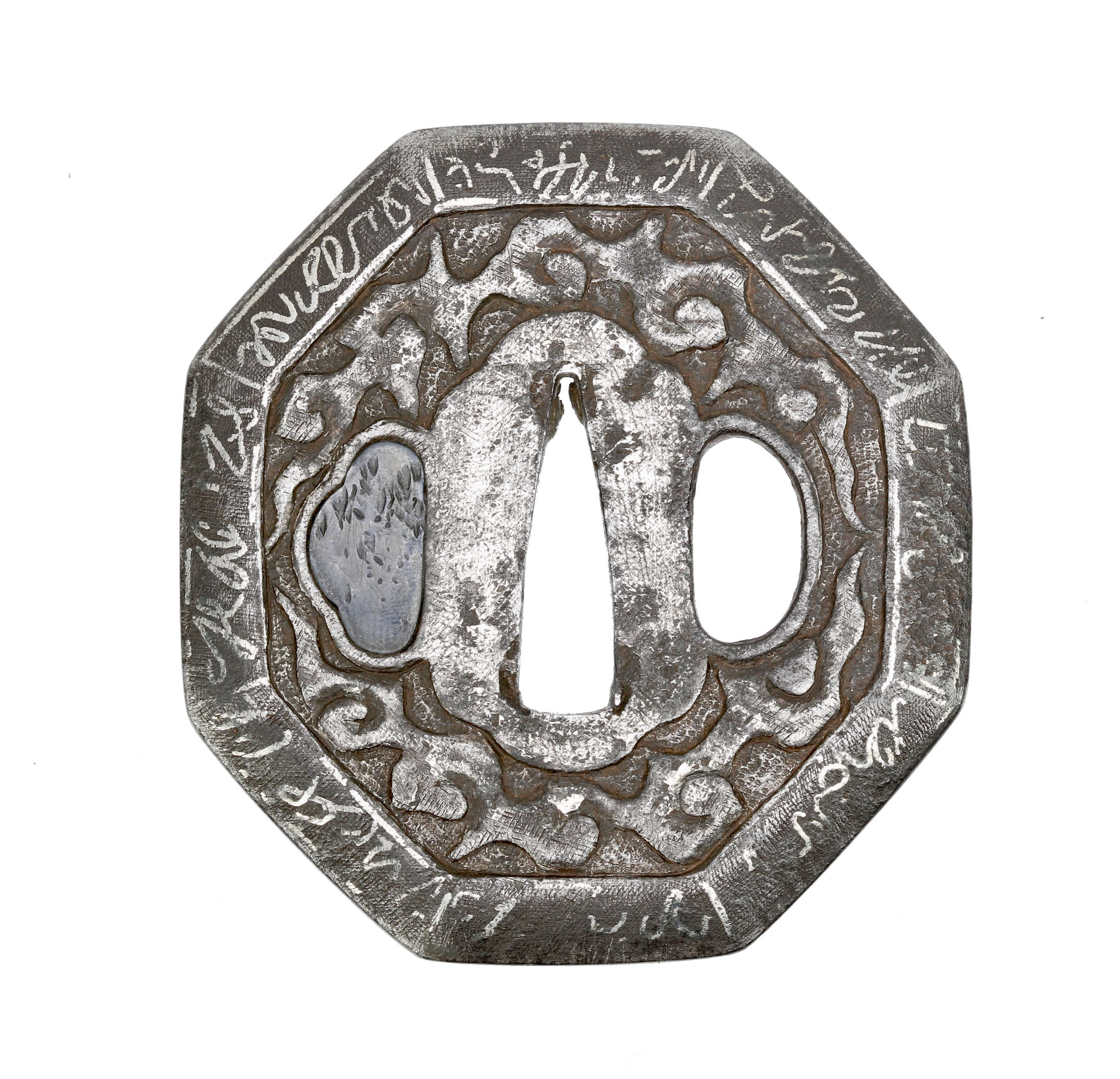 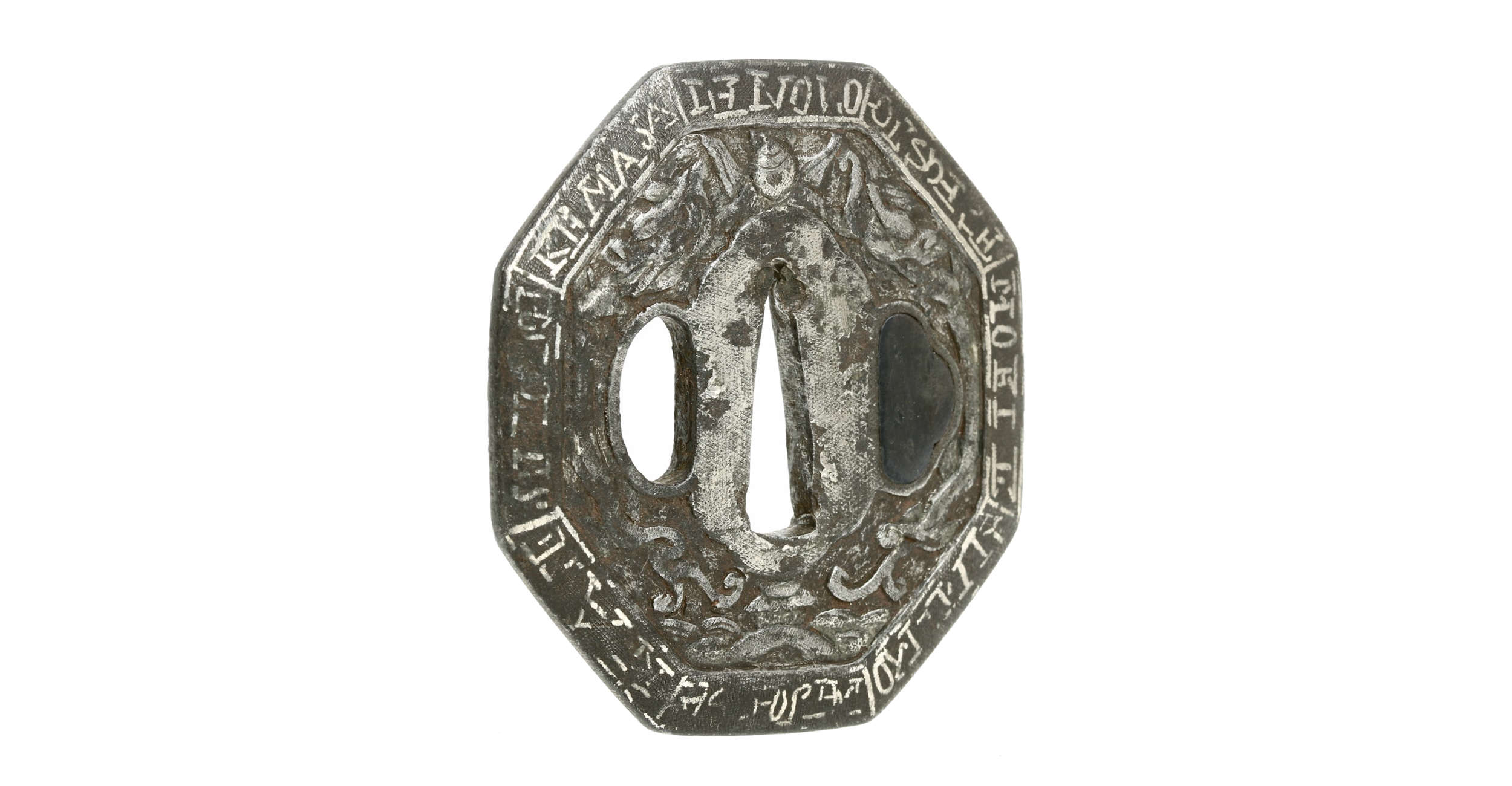