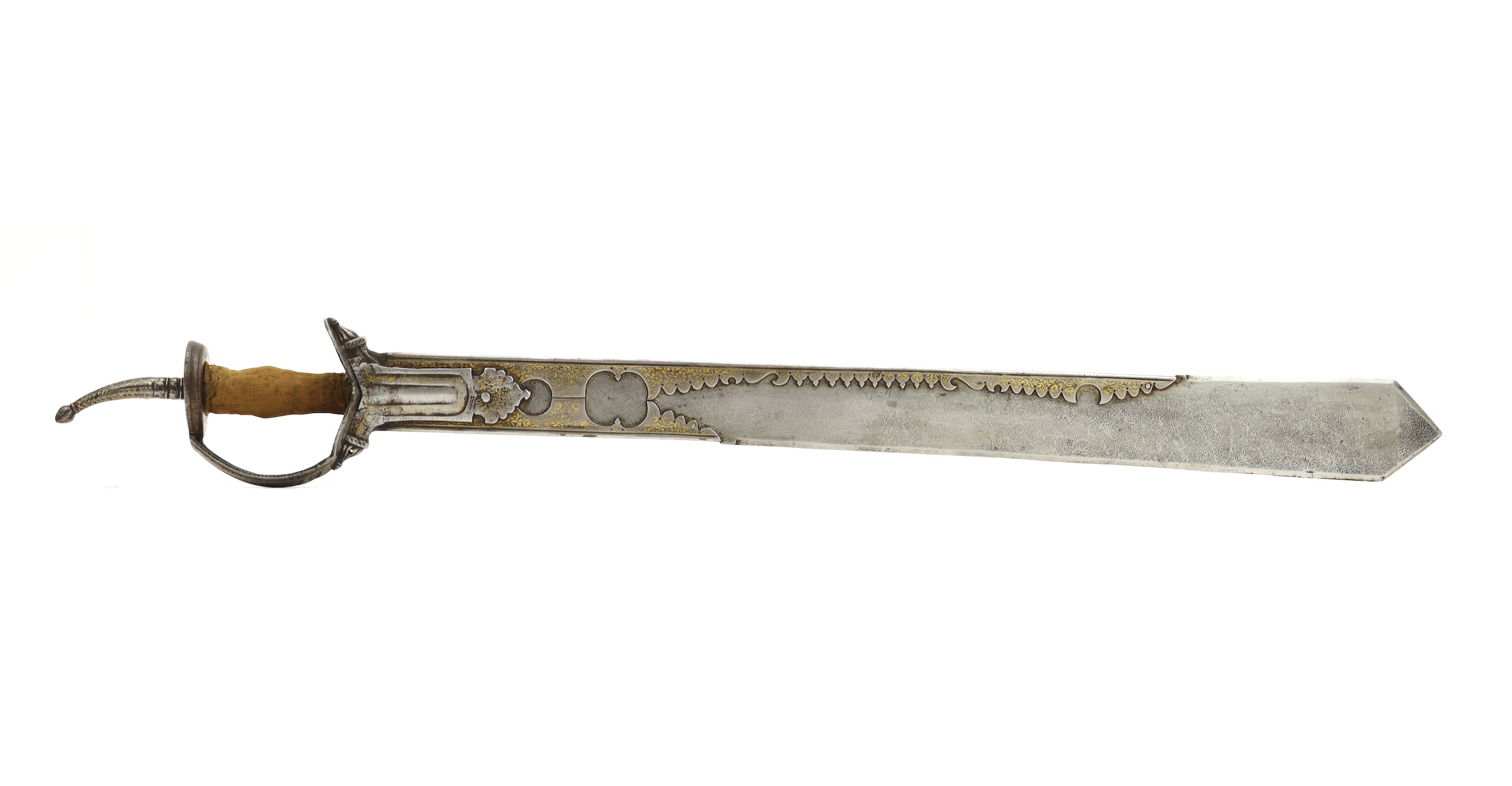 A north Indian khanda sword. Its broad blade widens from the base upwards, to form a triangular point at the very tip. It is etched with a pattern resembling patterned steel, but other than pattern welding or wootz where the patterning is in the steel, this is a pattern that appears to have been achieved by selective etching only.

The blade is reinforced by steel strips on both sides, the edge side for about 1/3rd of the blade, the spine side extending 4/5th of the blade, ending just before a short backedge.

It is hilted in a typical khanda hilt that seems a little older than the blade, something commonly seen on Indian arms. Th grip section is wrapped with old fabric.

Blade reinforcements and hilt are both decorated with late style koftgari, consisting of thin lines forming flowers and other floral elements. Also seen on the reinforcements are two makara. The decor seems to have been done around the time of mounting the piece, as the workmanship is consistent from blade to older hilt. 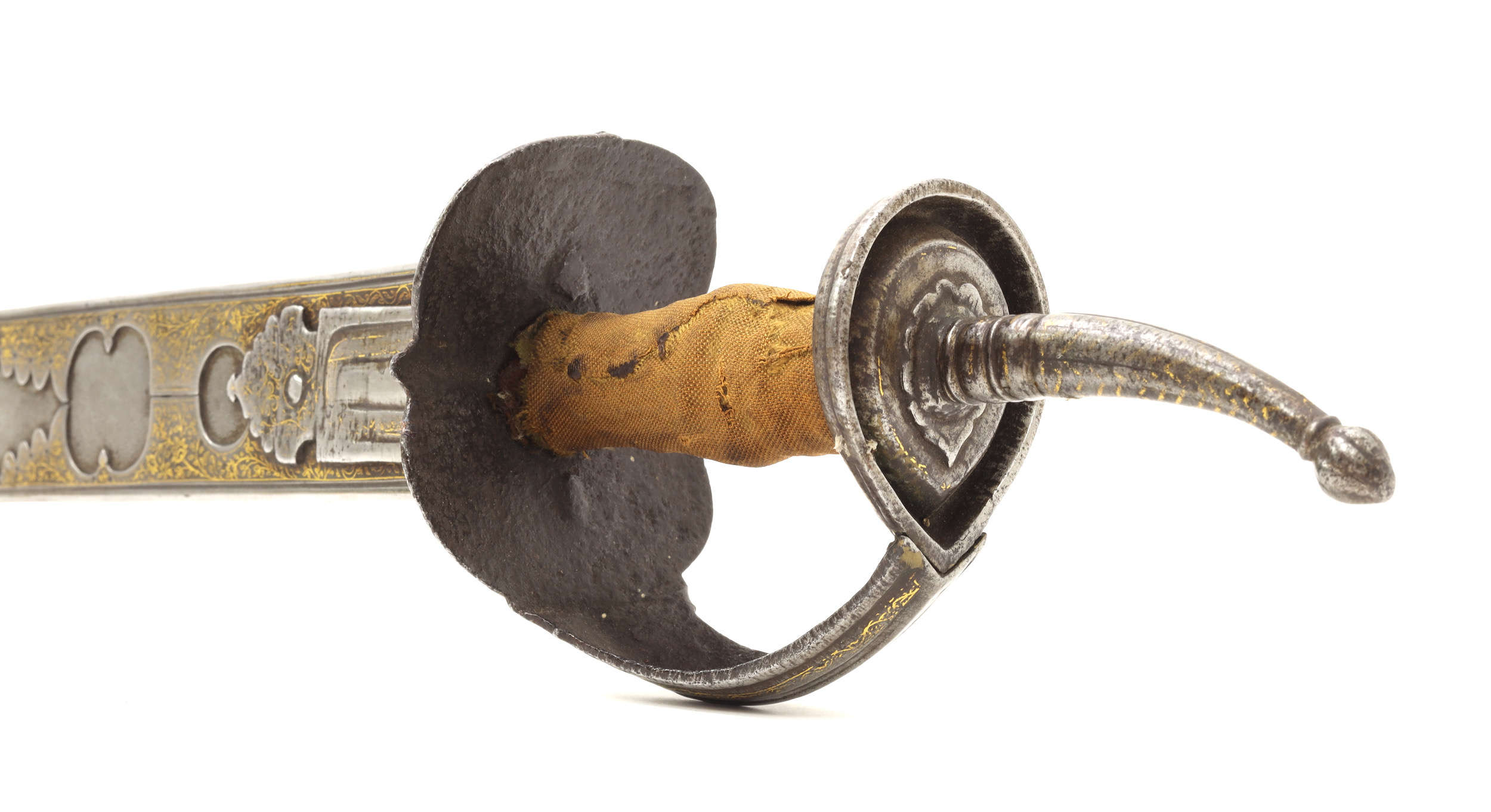 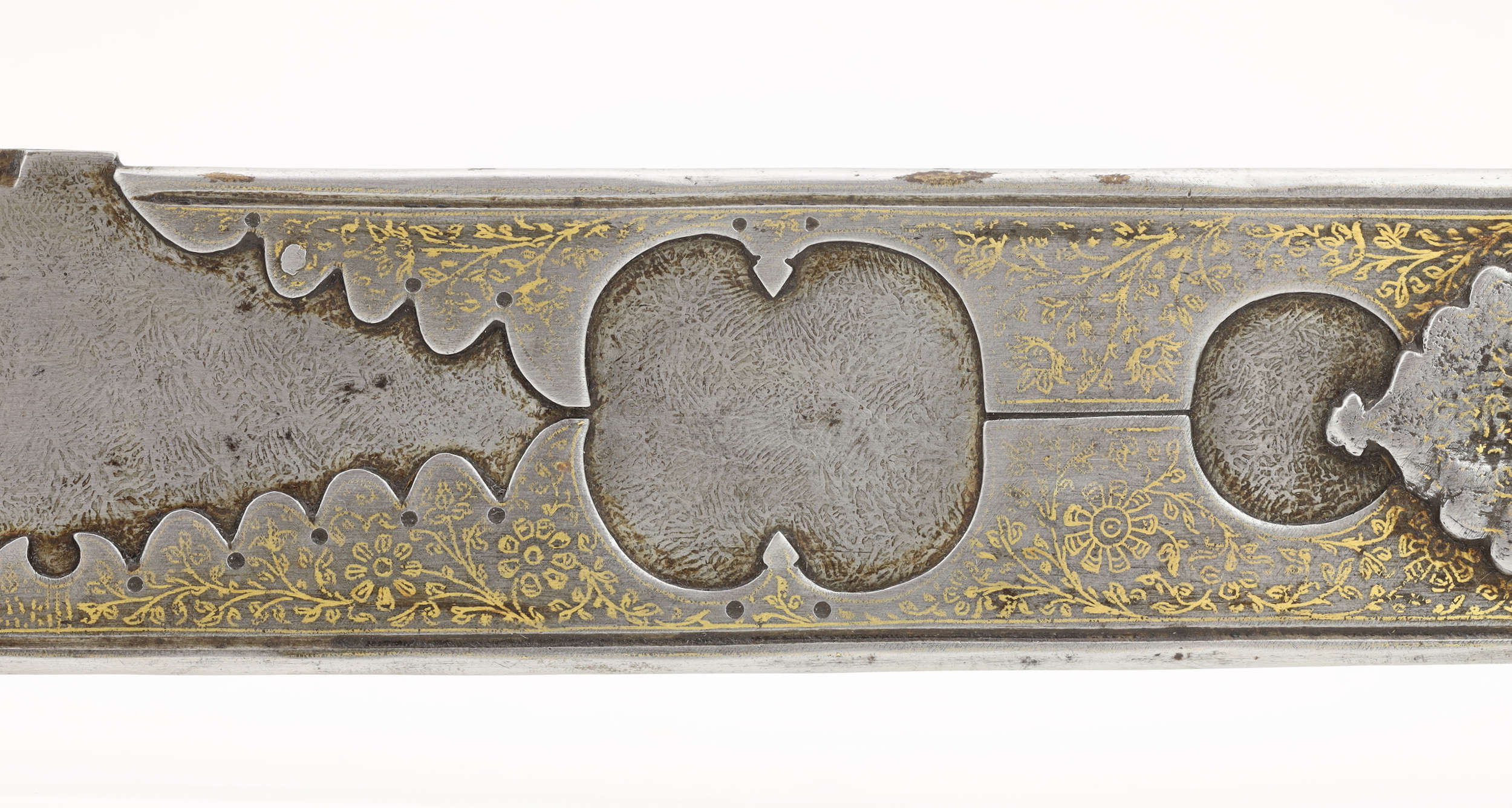 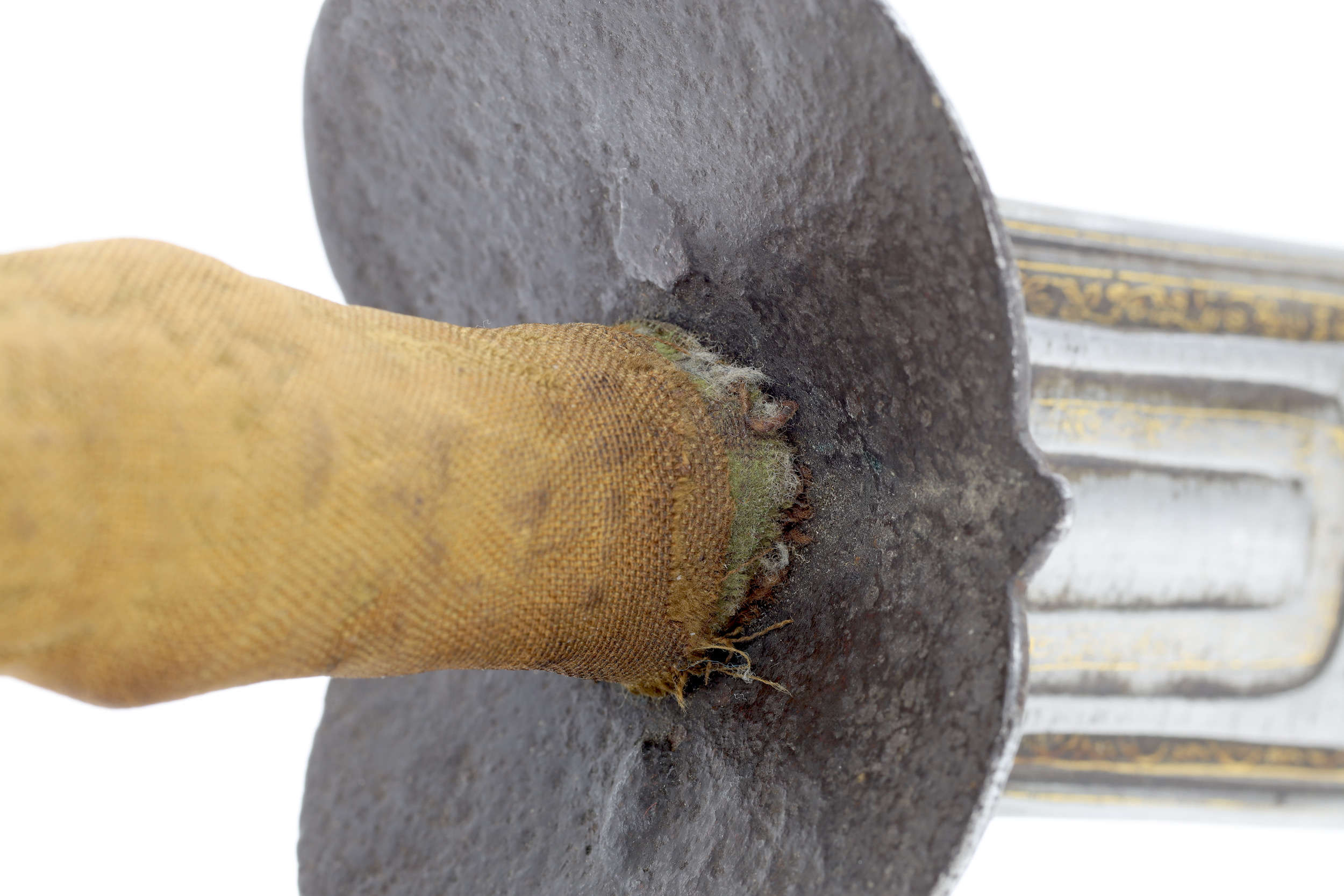 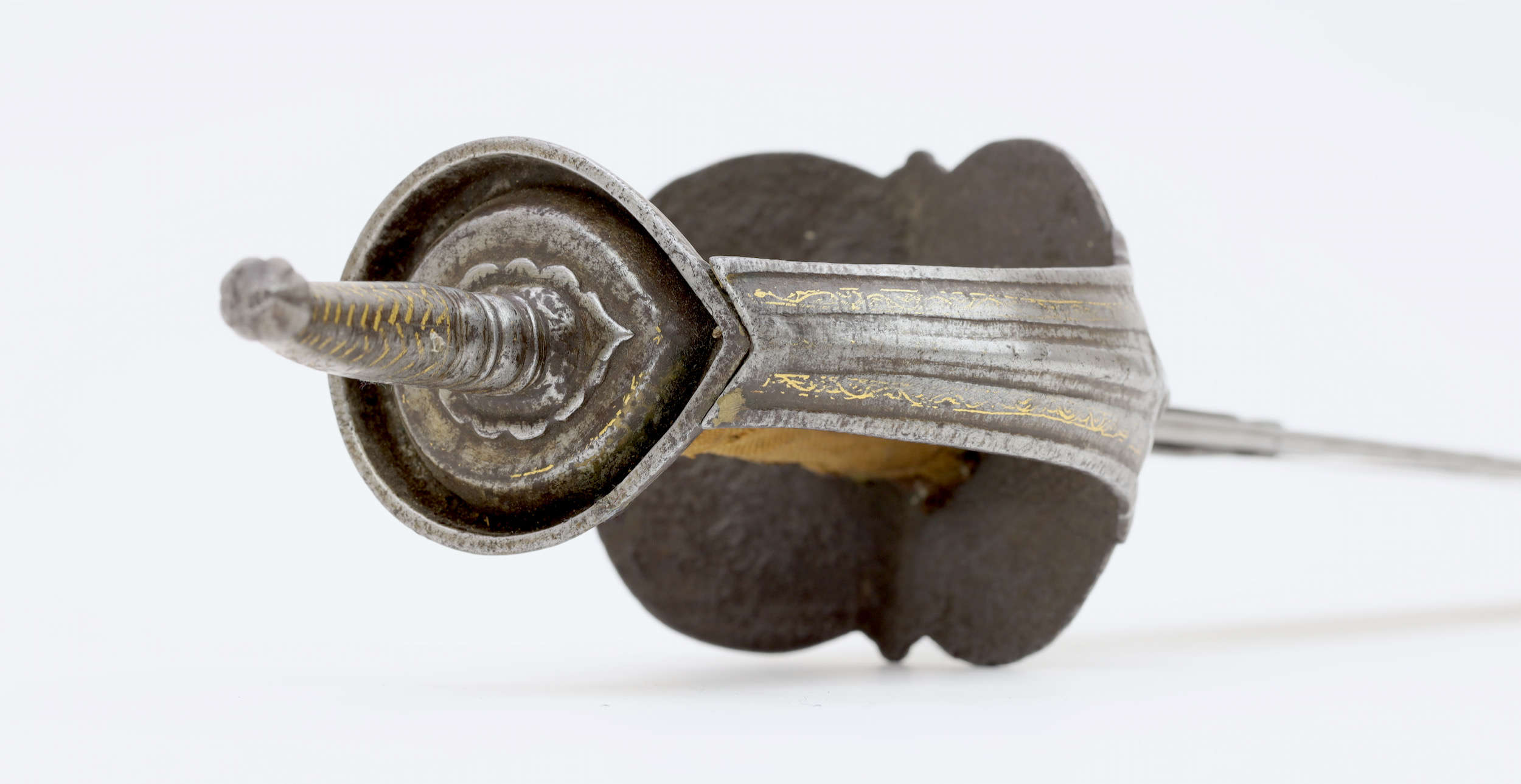 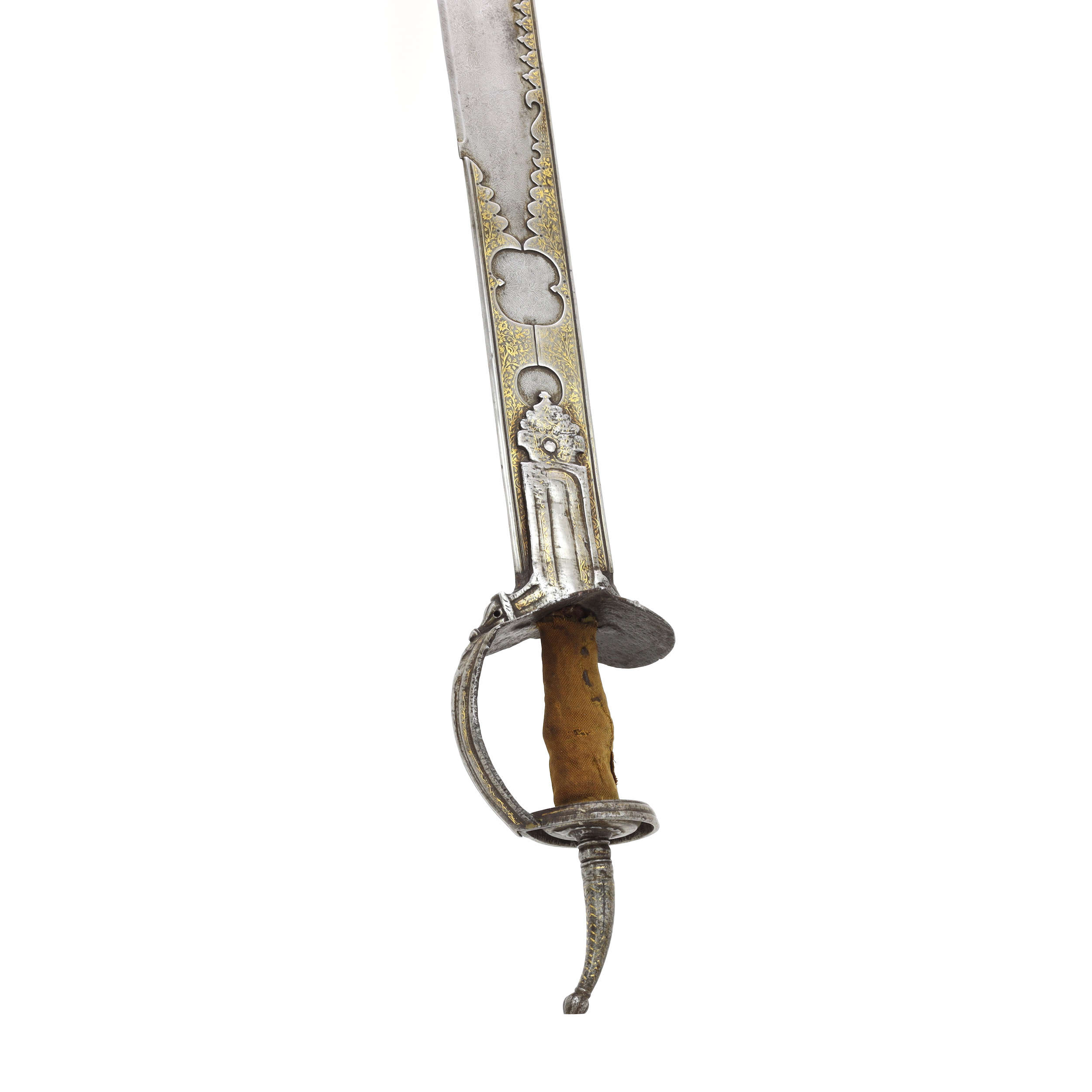