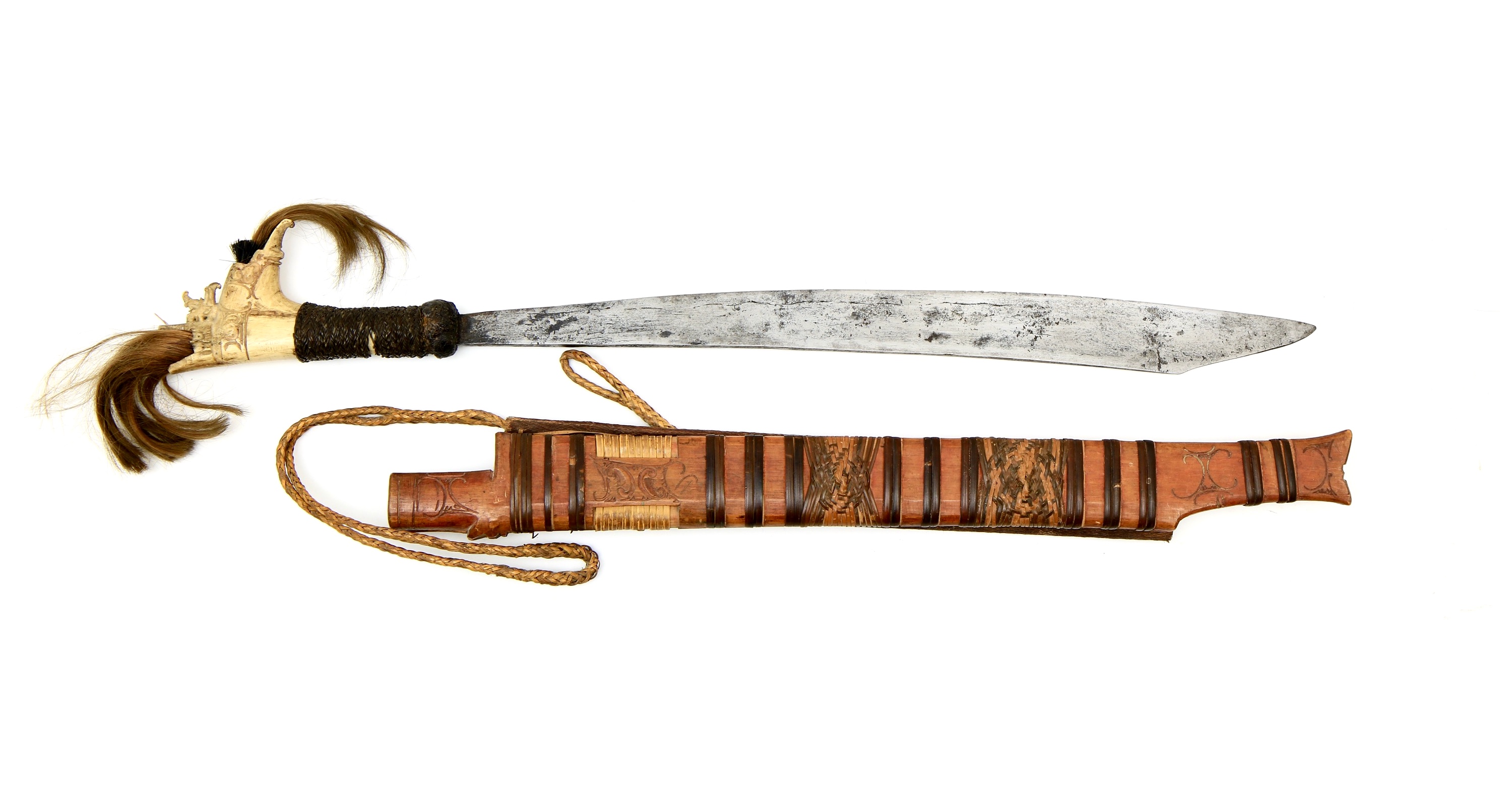 The term mandau literally means "headhunter". It is one of the names applied to the common sword worn by most tribes of Borneo. Characteristic features of the mandau are mainly its blade that is hollow ground on one side, and convex on the other and its distinctive deerhorn or wooden hilt with crosspiece.

For an elaborate introduction to the type of sword, see my glossary article; mandau.

A typical example of smaller size, according to Tromp writing in 1887, the blade is probably of a more northern origin by virtue of the curvature in the spine. Many blades produced by the Kenyah in the highlands were purchased by Kutai workmen and made into full mandau.1

It features a gently curved blade that gradually widens in profile, with a sloped tip of a style called leng or monong.2 The blade has the typical cross-section of a mandau, with a hollow ground left face and a convex right face. Both sides but most notable the concave side shows longtitudinal lines, signs of forge folding the iron. It has some edge damage, a few nicks seem caused by another edge.

The hilt is made of a piece of deer antler, of characteristic shape and shallowly carved, a style called so-op kombeh. The grip is wrapped with fine black braided rattan, some missing. Two tufts of animal hair project from the hilt.

The scabbard, made of two pieces of soft wood, is held together by rattan bands and fine rattan braids work, with additional decoration applied by carving. It retains its rattan carrying belt, and the těmpěsing (a scabbard for a long-handled ultility knife), but the knife and the band's toggle are missing. 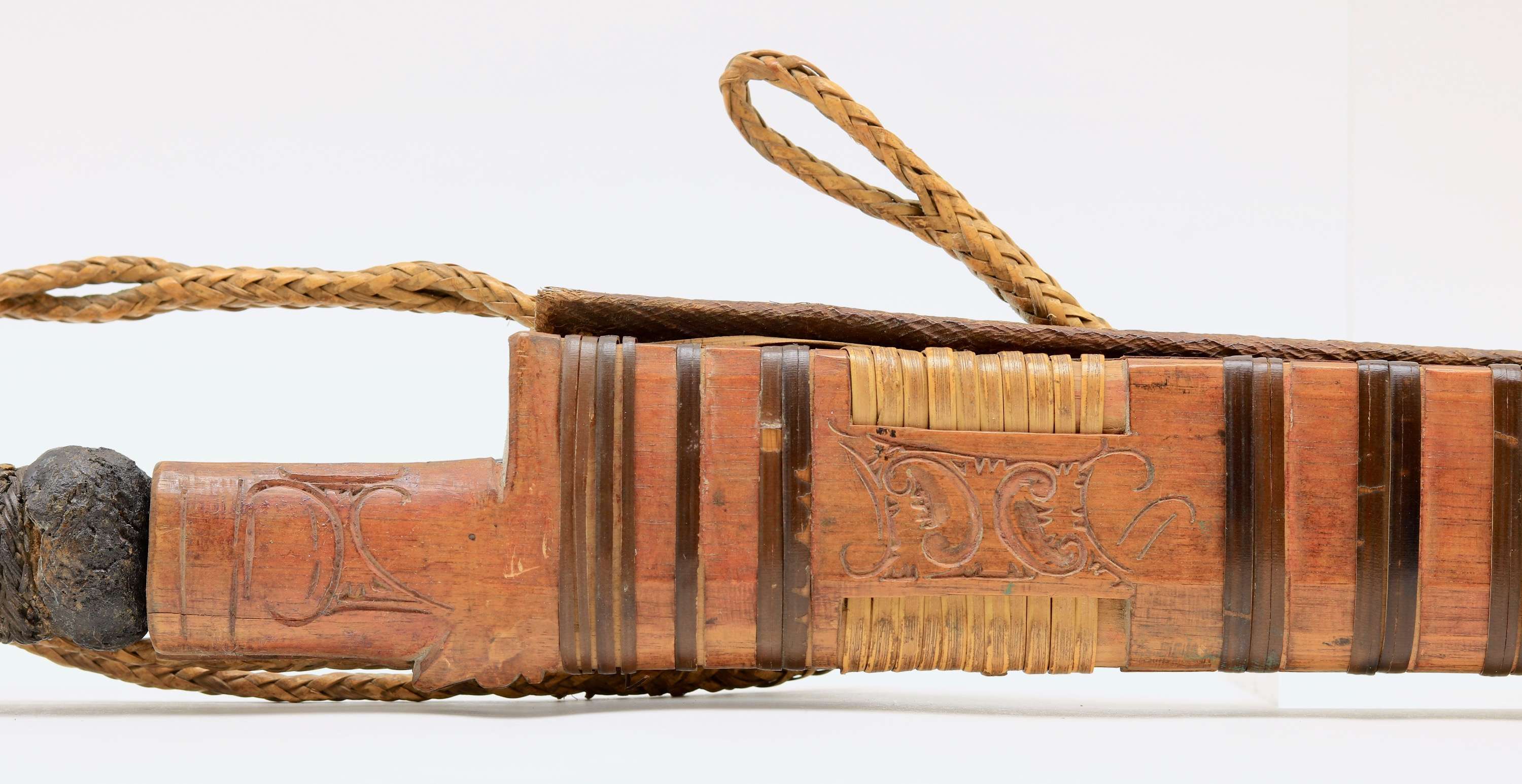 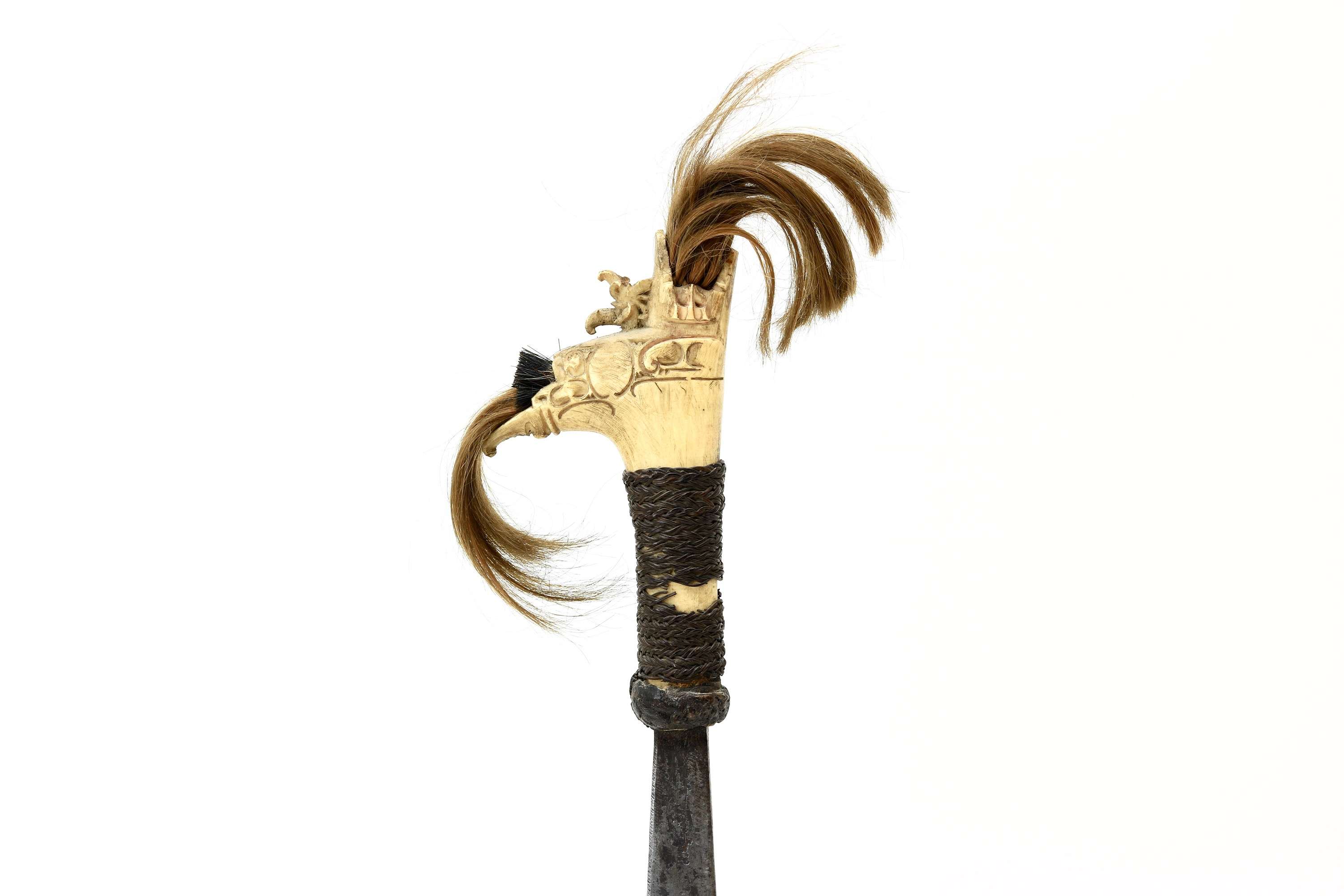 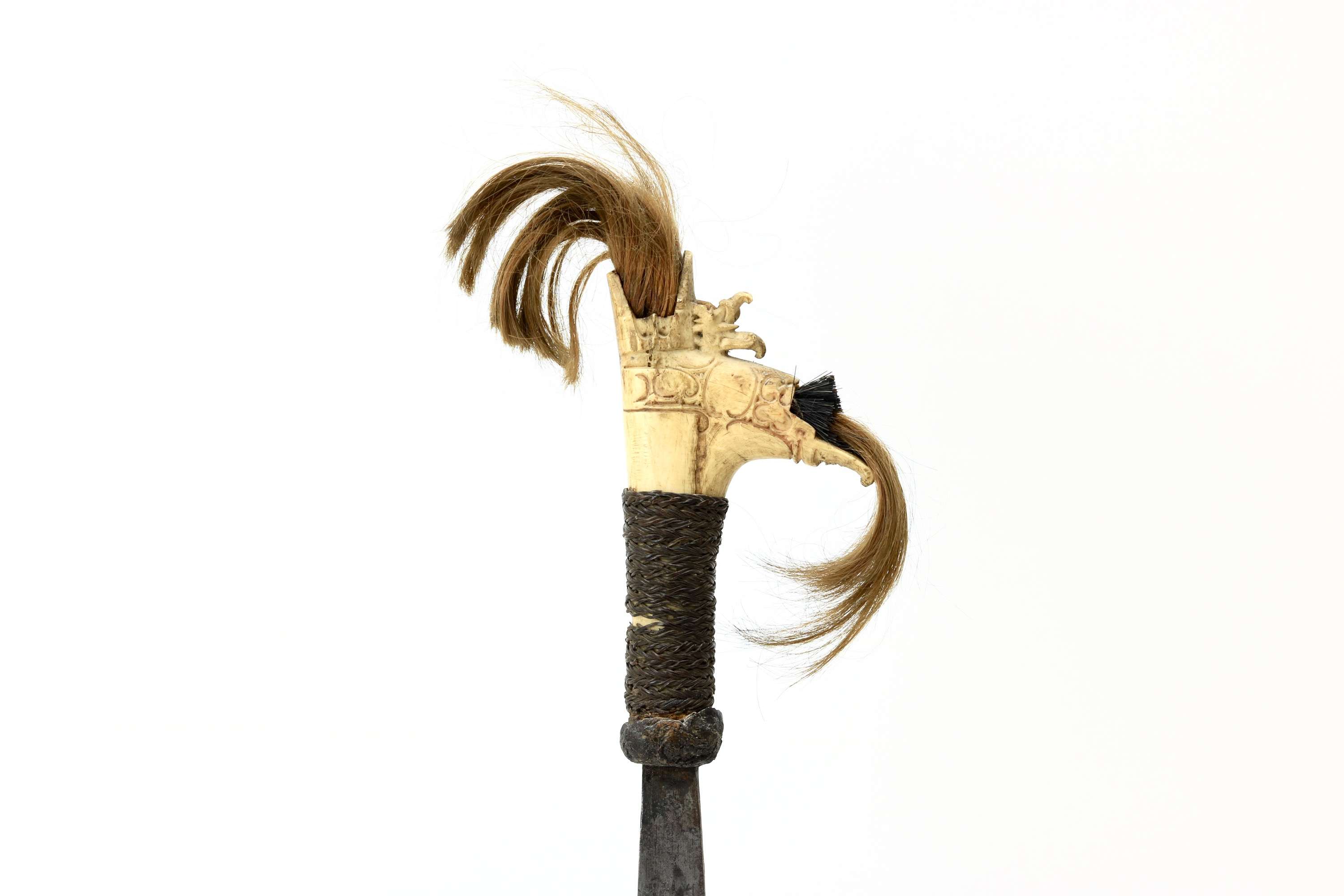 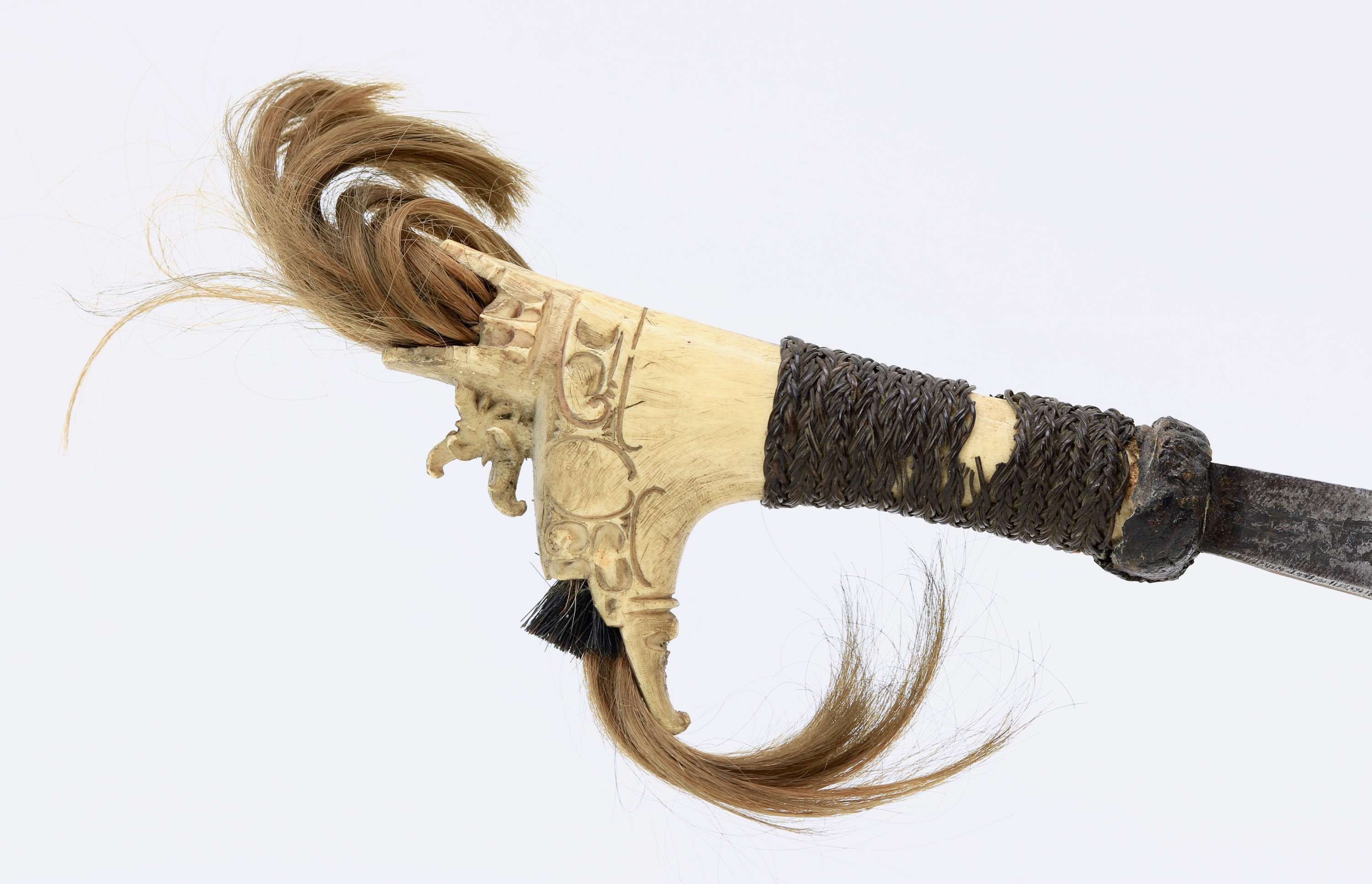 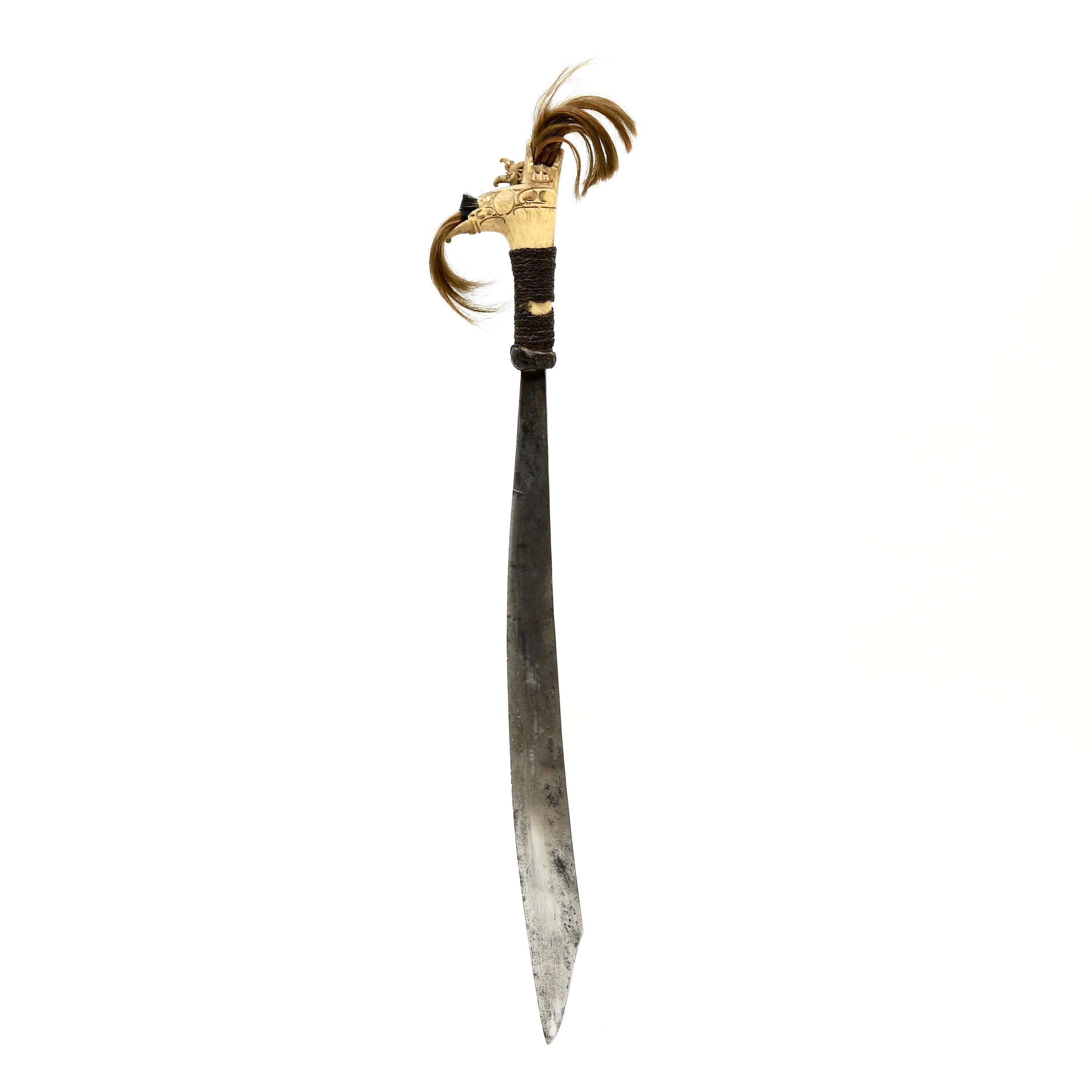