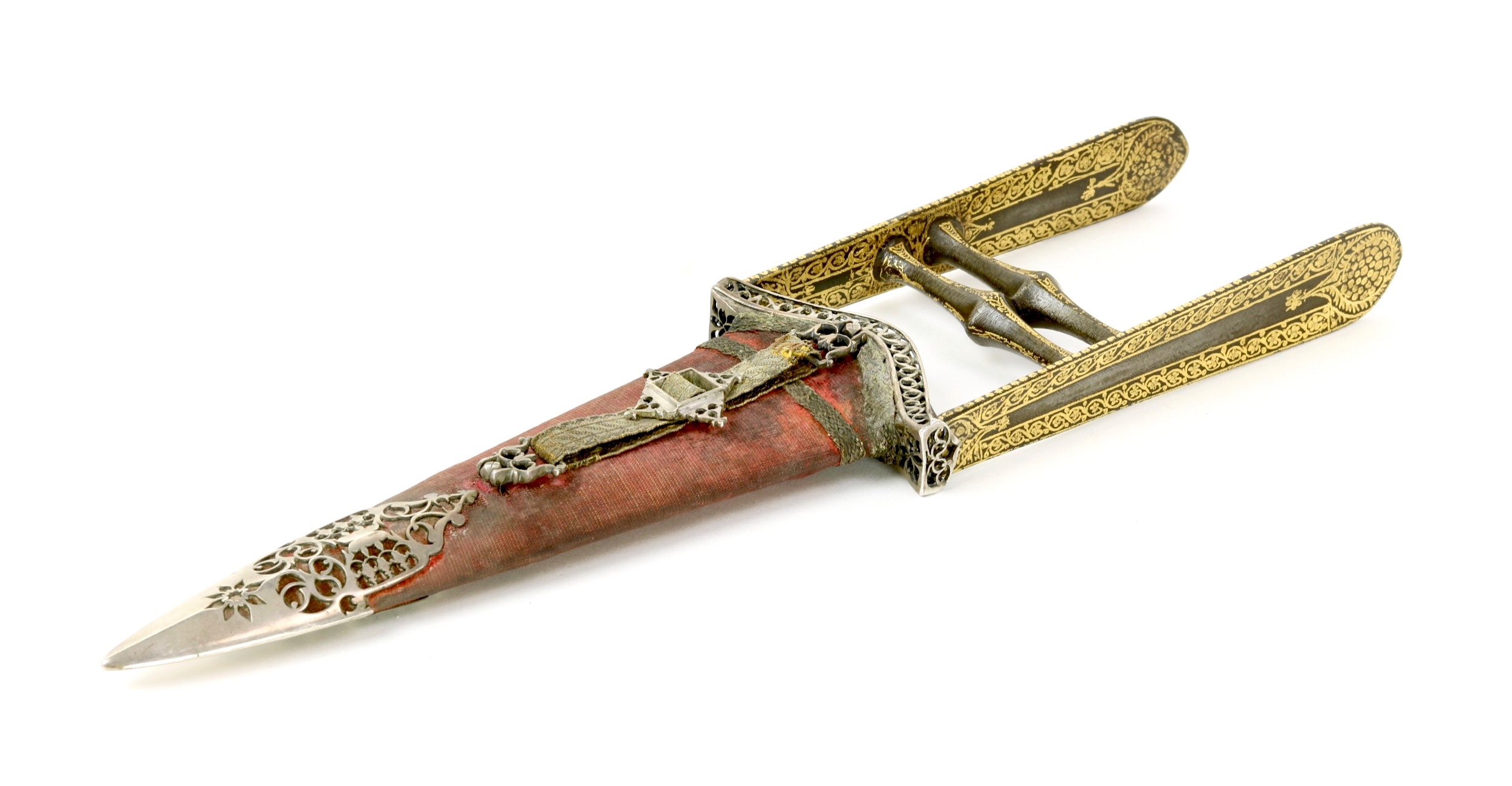 A short, stocky katar with a triangular wootz blade with a pronounced central rib.

The sidebars, also of wootz, flare out towards the ends and are decorated inside and out with gold overlay. The patterns are mostly geometric, with at each bar-end a roundel that hints towards a stylized flower. The handlebars have a characteristic peaked profile with a facetted cross section.

The base of the blade inside the hilt bears inscriptions that tell that the piece was a wedding gift to a certain Mir Faiz Ali Khan on July 20, 1832. The writing and the person's name suggest either Sindh or Khaipur state. The title Mir indicates he may have been a local prince or ruler.

There is mention of Faiz Ali Khan later serving as a dewan or "chief minister" of Jaipur from circa 1865 - 1873.

The wooden scabbard is covered with red fabric with bands made of metallic wire. It is mounted with thick pierced silver fittings and a clasp on a metallic band at the front.

The katar itself with is of a type that was produced in Kotah, Rajasthan.1

The style of the pierced silver mounts is typical for Sindh work. See for example the capucines on a Sindh matchlock, dated 1842, in the Metropolitan Museum, accession number 36.25.2141.

Another sword with similar, distinctive Sindh silver mounts is published in Rajput arms and Armour by Robert Elgood. It has inscriptions in gold overlay that state it was a gift to a Sakrar Mir Muhammad Ali Khan, with a date corresponding to 1814.1

Elgood dismisses the Sindh connection. He believes it was later added for commercial reasons, and that the silver mounts are "typical Rajput late nineteenth-century". It seems this opinion needs revisiting: The Metropolitan Museum's gun, this katar and the sword in Rajput arms and Armour all bear inscriptions referring to people with Sindh names, are all dated to the first half of the 19th century, and all share the same characteristic thick pierced silver mounts.

The markings on the sword and katar suggest they were gifts, the gun bears the name of a member of the ruling house; Sarkar Mir Muhammad Nasir Khan Talpur. It seems that this style of silver mounts was popular for presentation items in Sindh at this time, and is closely connected to the ruling house.

This particular katar was probably a wedding gift from the Talpurs to one of their valued contacts. It was perhaps obtained in Kotah after which they produced a custom scabbard locally in Talpur style.

A nice katar with wootz blade and hilt, rich gold overlay, and in a scabbard with distinctive heavy pierced silver mounts. Its inscriptions state that it was a wedding gift to a Mir, presented on July 20, 1832.

Together with a gun in the Metropolitan Museum, this katar helps make a case in favor of the fact that this type of silverwork is in fact of Sindh origin. 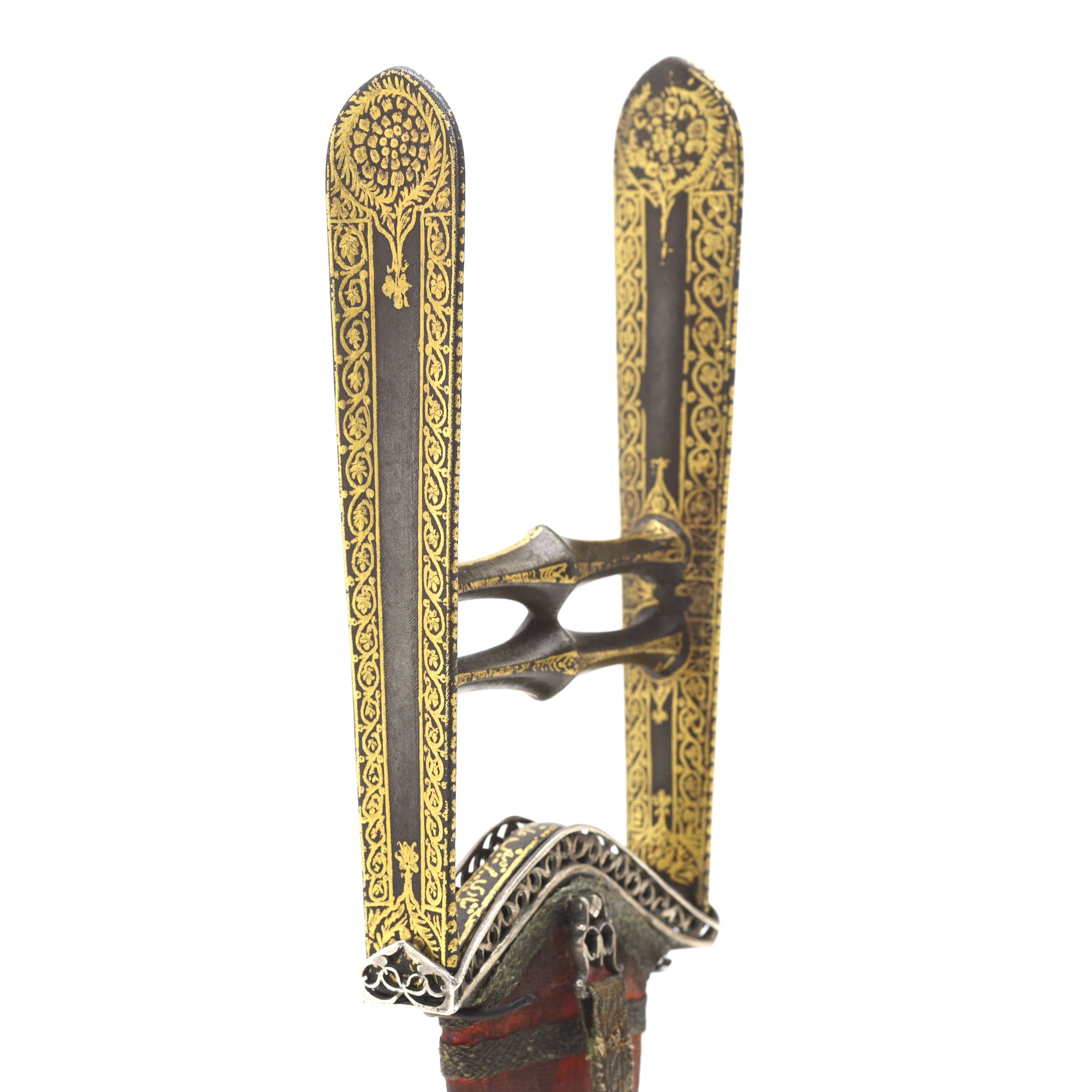 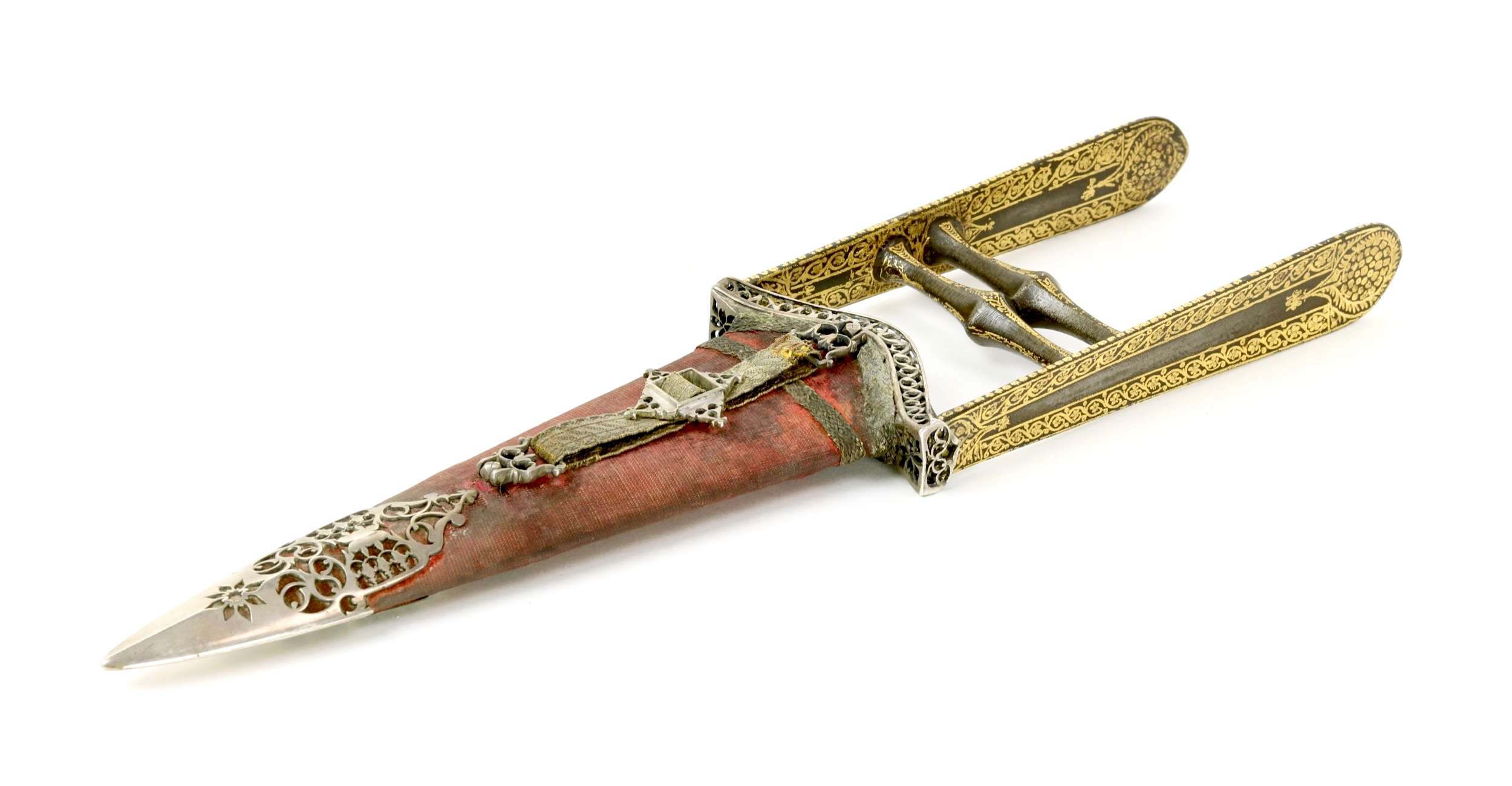 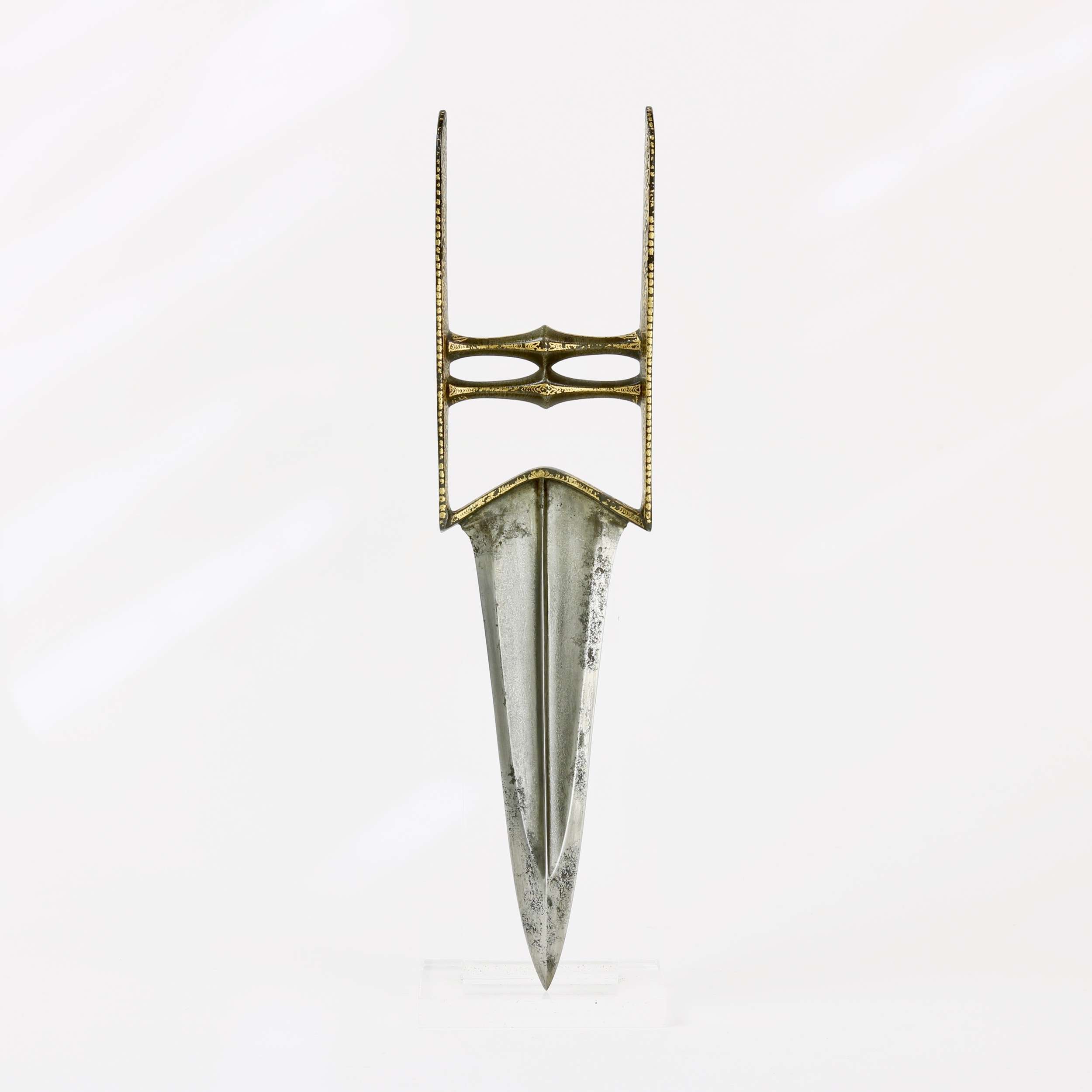 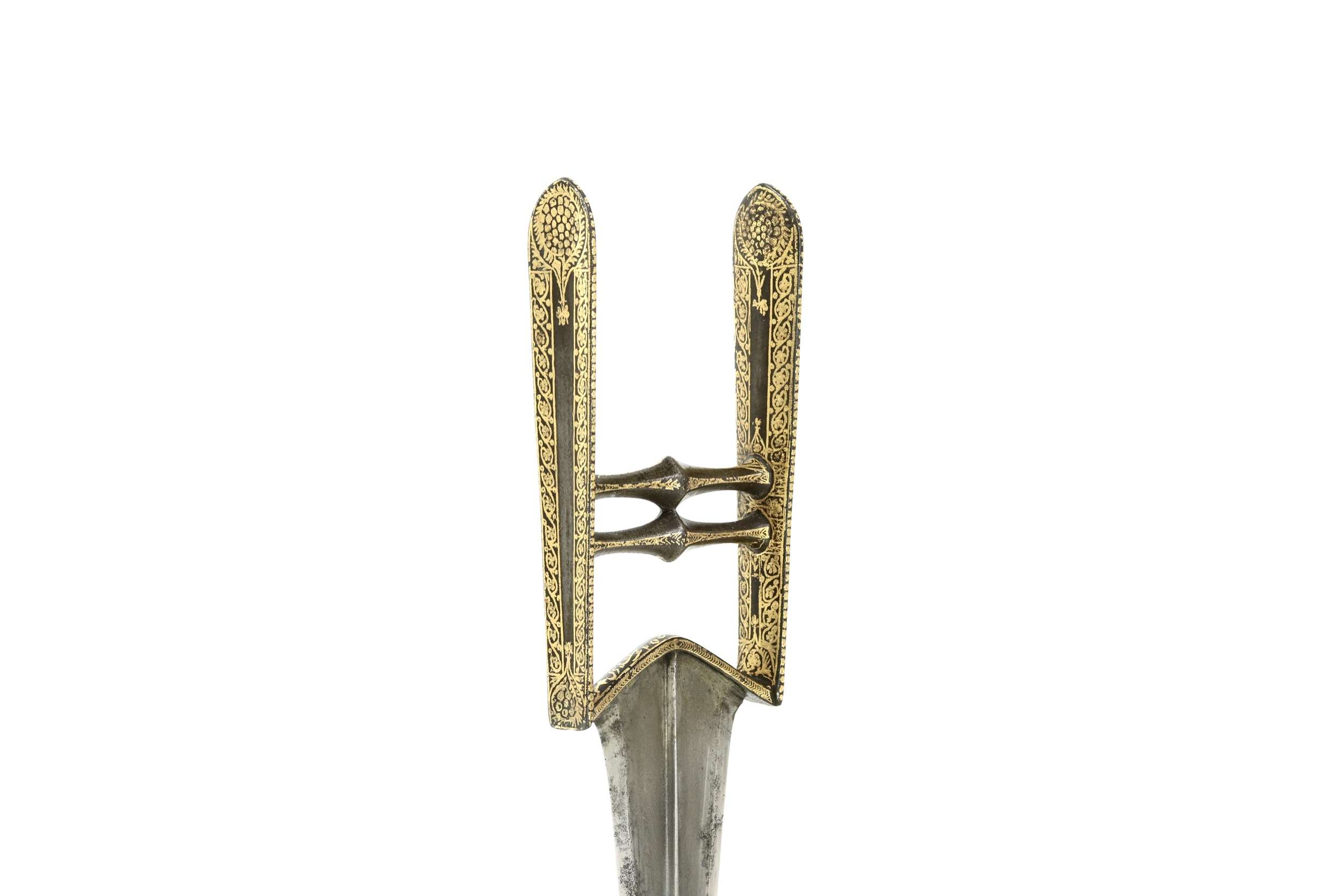 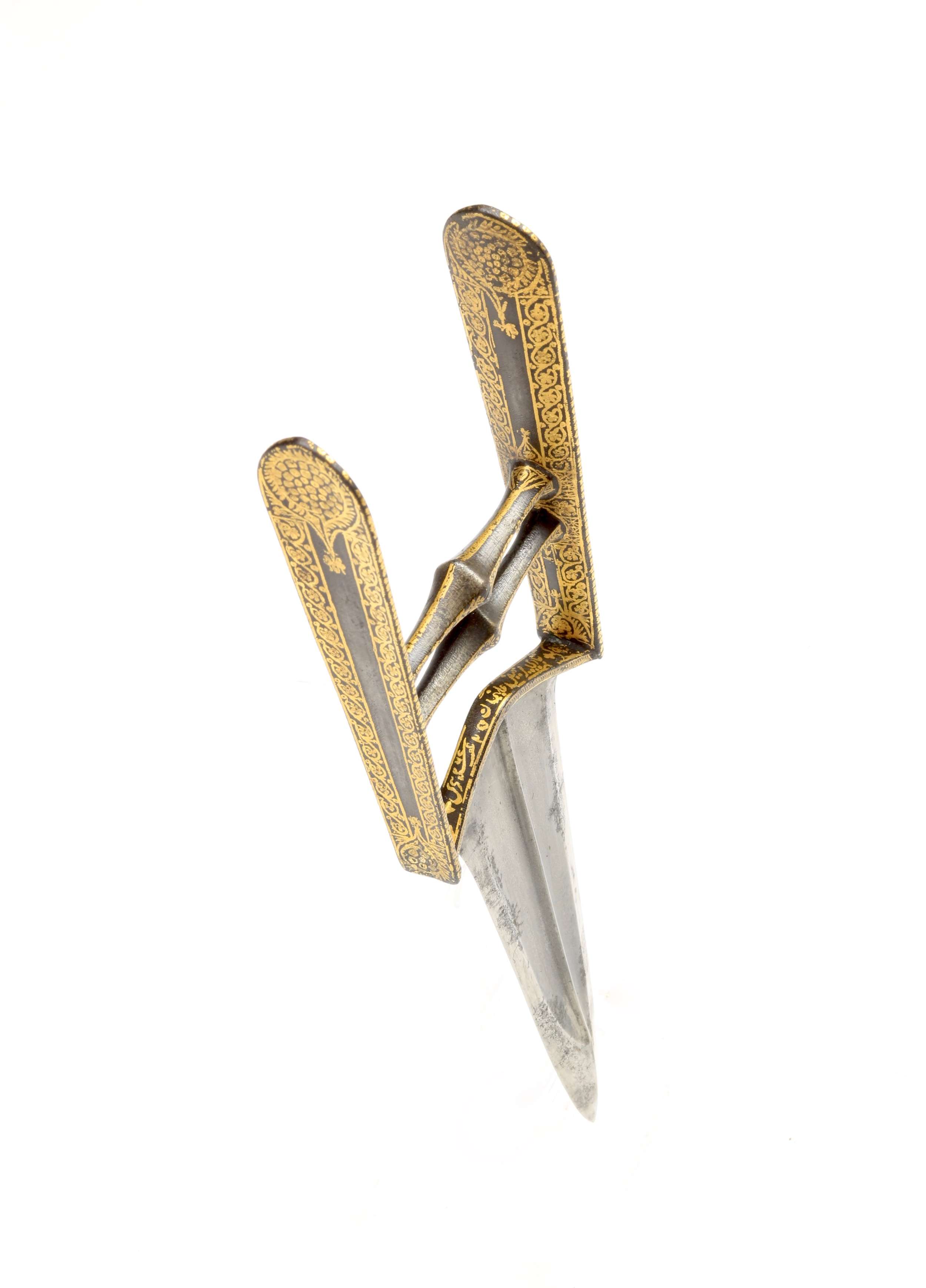 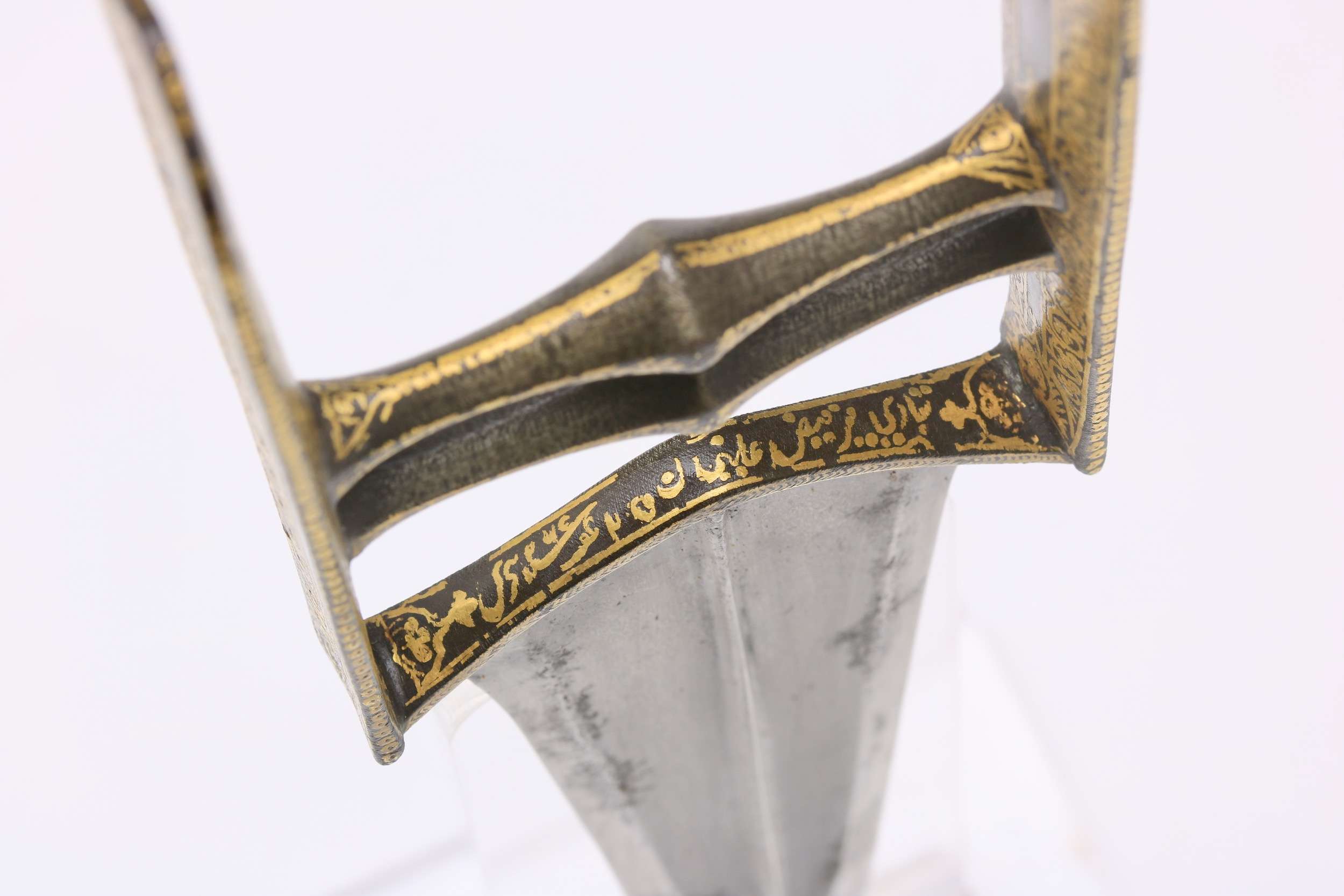 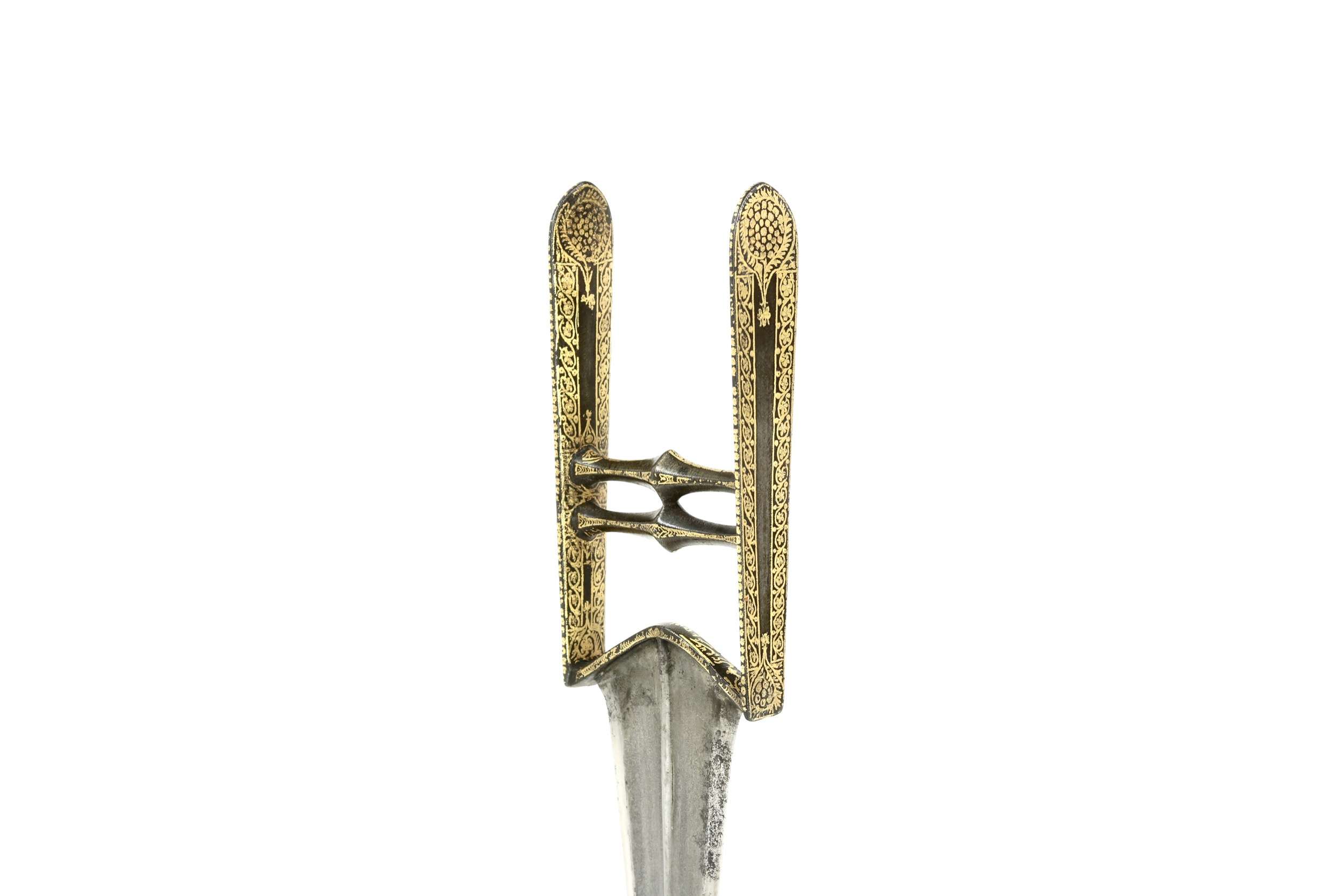 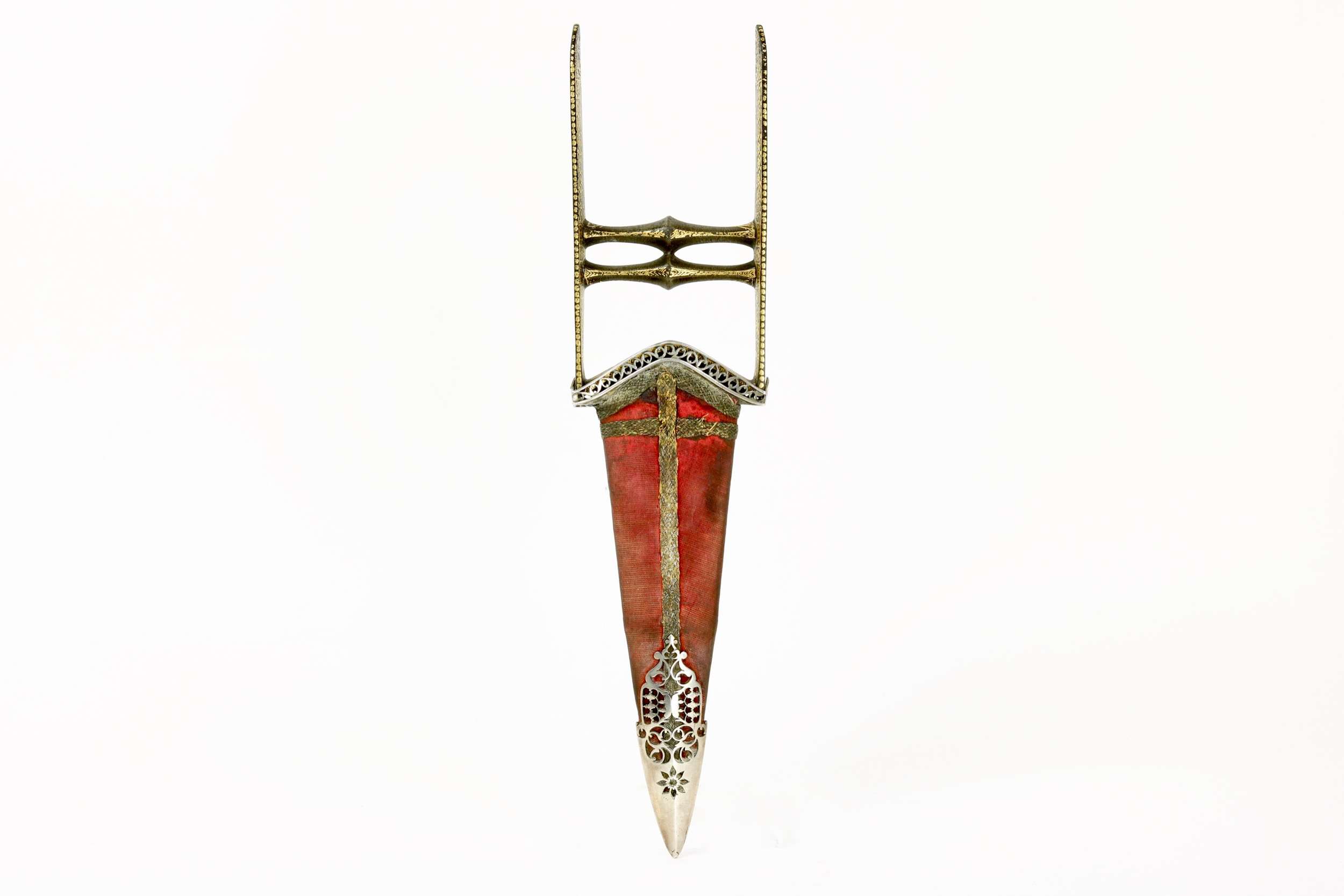 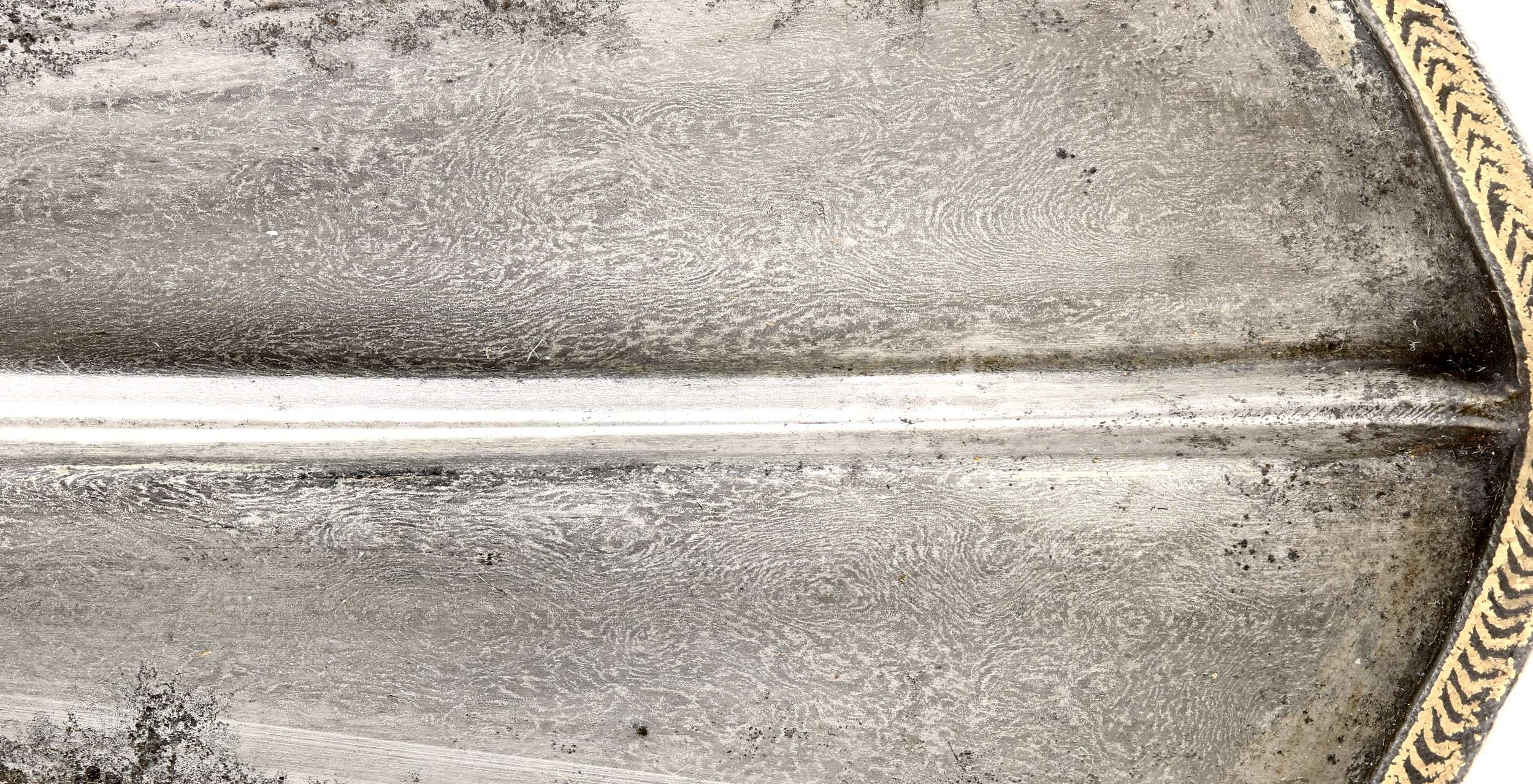 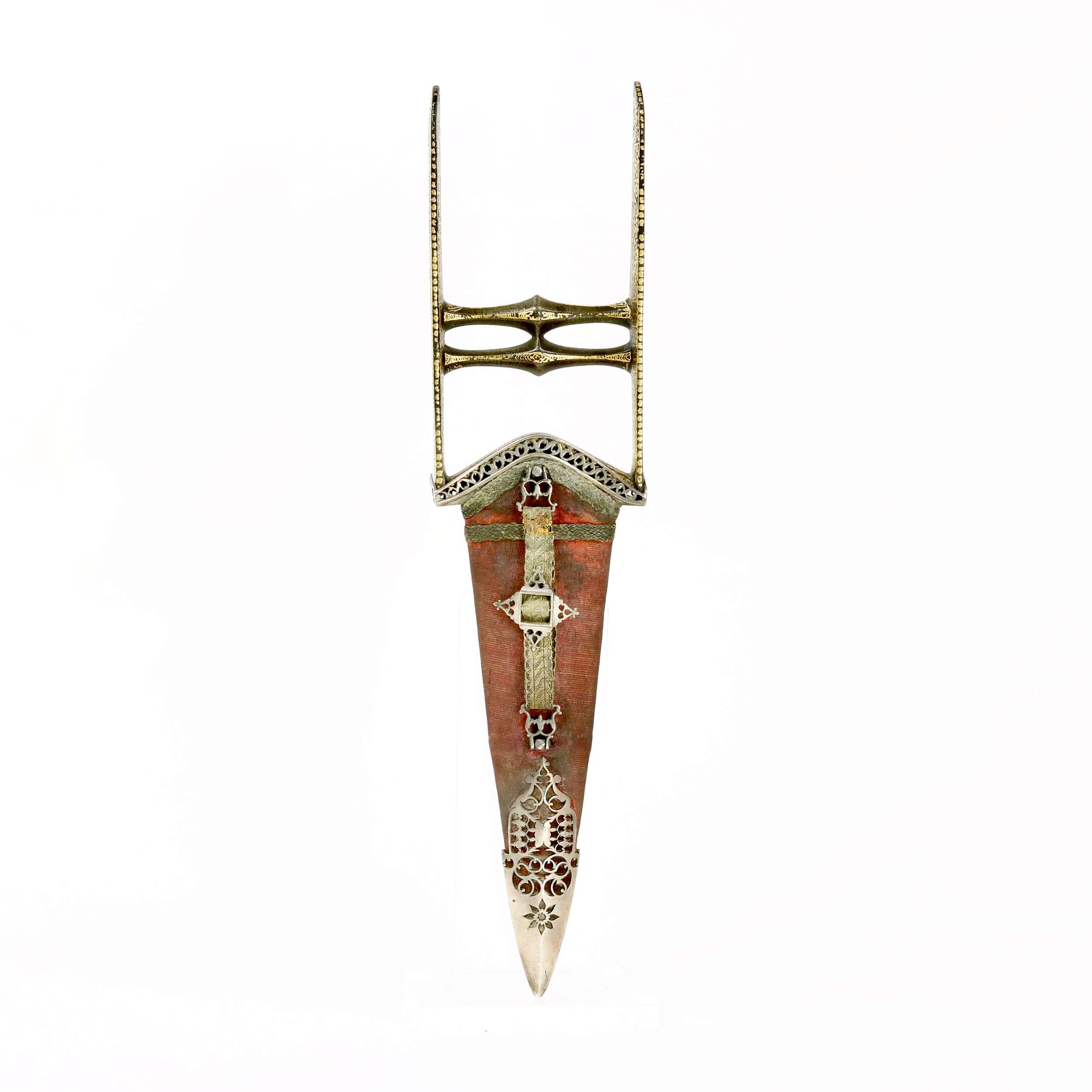 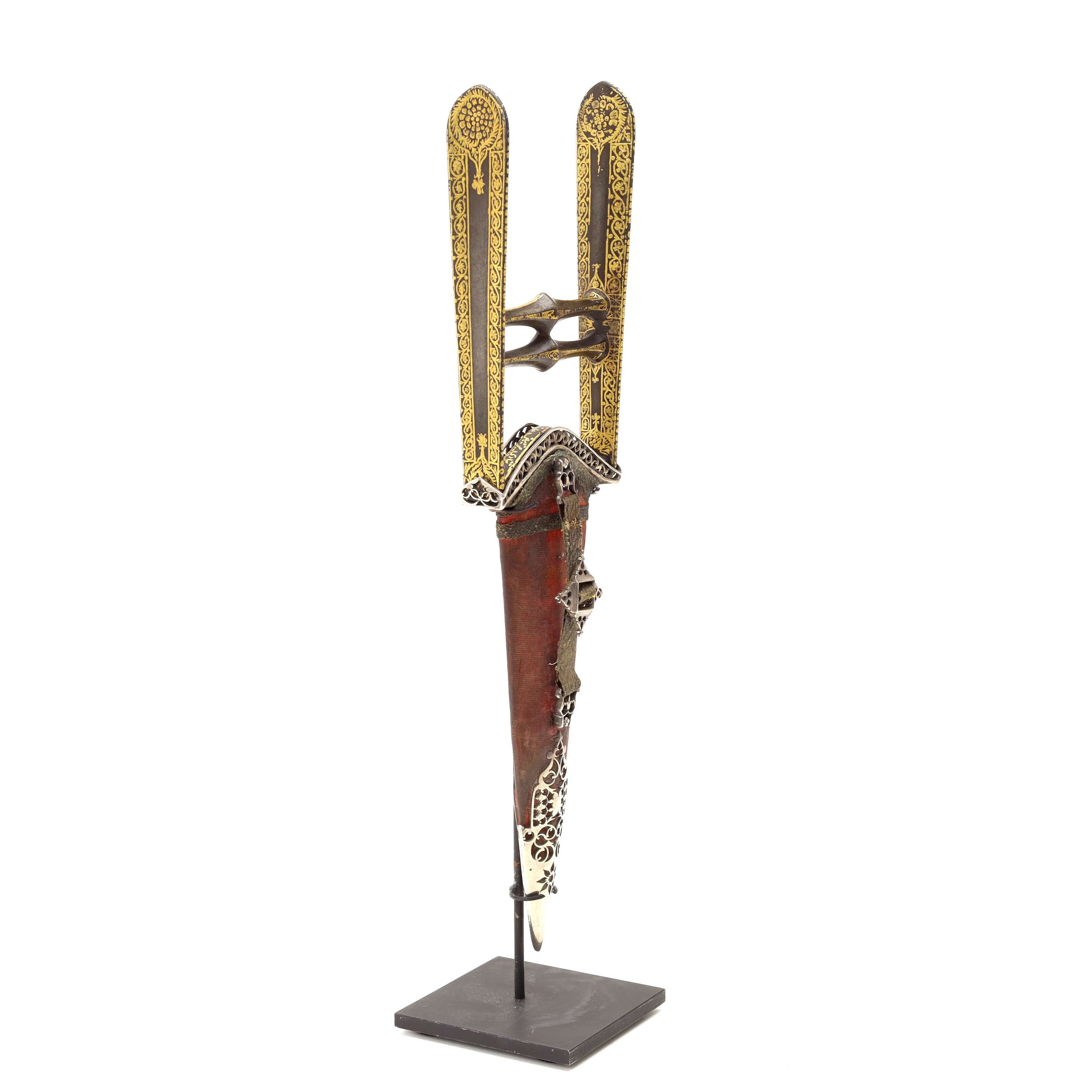