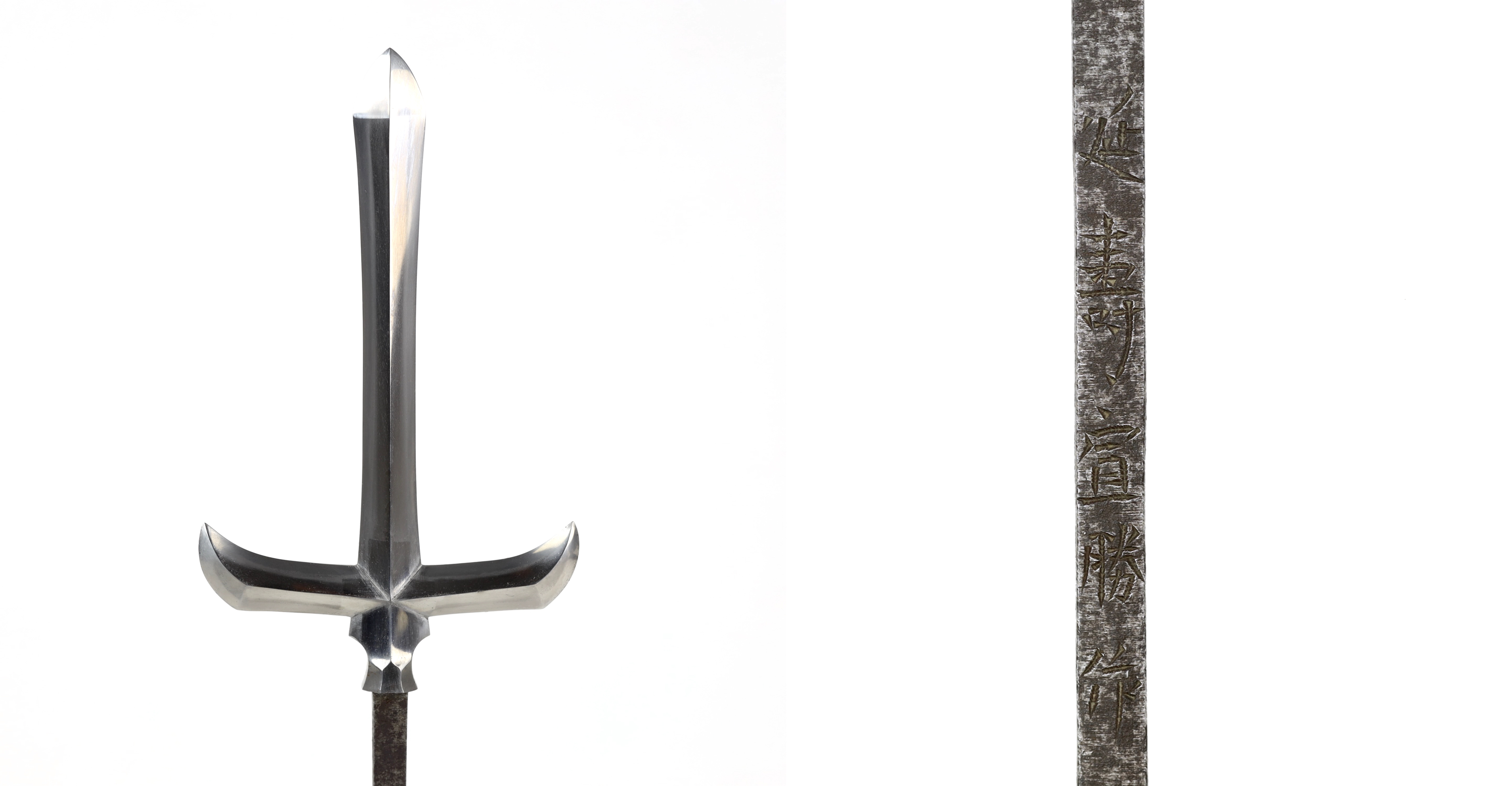 The jūmonji yari is named after the character 10, written "十" in China and Japan. It consists of a conventional spearhead with two sharpened crossbars. The bars can be used for sideways jabs, used to parry, but also used to prevent an opponent that was stabbed from getting too close to the user.

Due to their unusual shape, jūmonji yari are particularly difficult to forge, difficult to temper, and difficult to polish. It is a great test of the skill of craftsmen working on them.

A nicely executed specimen, with very precise geometry and crisp ridges. The steel is so tightly forged that it barely shows its masame hada (wood grain forging pattern). The hamon (temperline) is tight and precise all around, which cannot be easy with such a complex shaped object.

For the nihonto specialist: It has a very tight nioiguchi, based in nioi but with some streaks of nie visible here and there, especially nearer the cross.

It comes in a shirasaya consisting of scabbard and shaft and NBTHK Hozon papers of 2001.

The nakago has a single mekugi ana (peg hole), with yasurime kiri (straight file marks) up to the mekugi ana, then continuing with sujikai (slanted file marks from upper left to lower right) until the tip.

Real name Takenaga Kizō ́emon (武永喜三右衛門) originally came from Mimasaka province and was a student of Tada Masatoshi (多田正利). He later moved to Edo to study under Hosokawa Masayoshi (細川正義). He passed away in 1871 at the age of 75.1

There is a katana in shirasaya by Enju Nobukatsu in the British Museum, accession number 1958,0730.66.b.

An exceptionally fine and large jūmonji yari by Enju Nobukatsu was offered by Bonhams, 27 October 2014, lot 1074.

Another jūmonji yari, made by Enju Nobukatsu and his son Nobutoshi in 1862 was offered by Sotheby's 2001 sale "Japanese and Korean Works of Art", Lot 221. 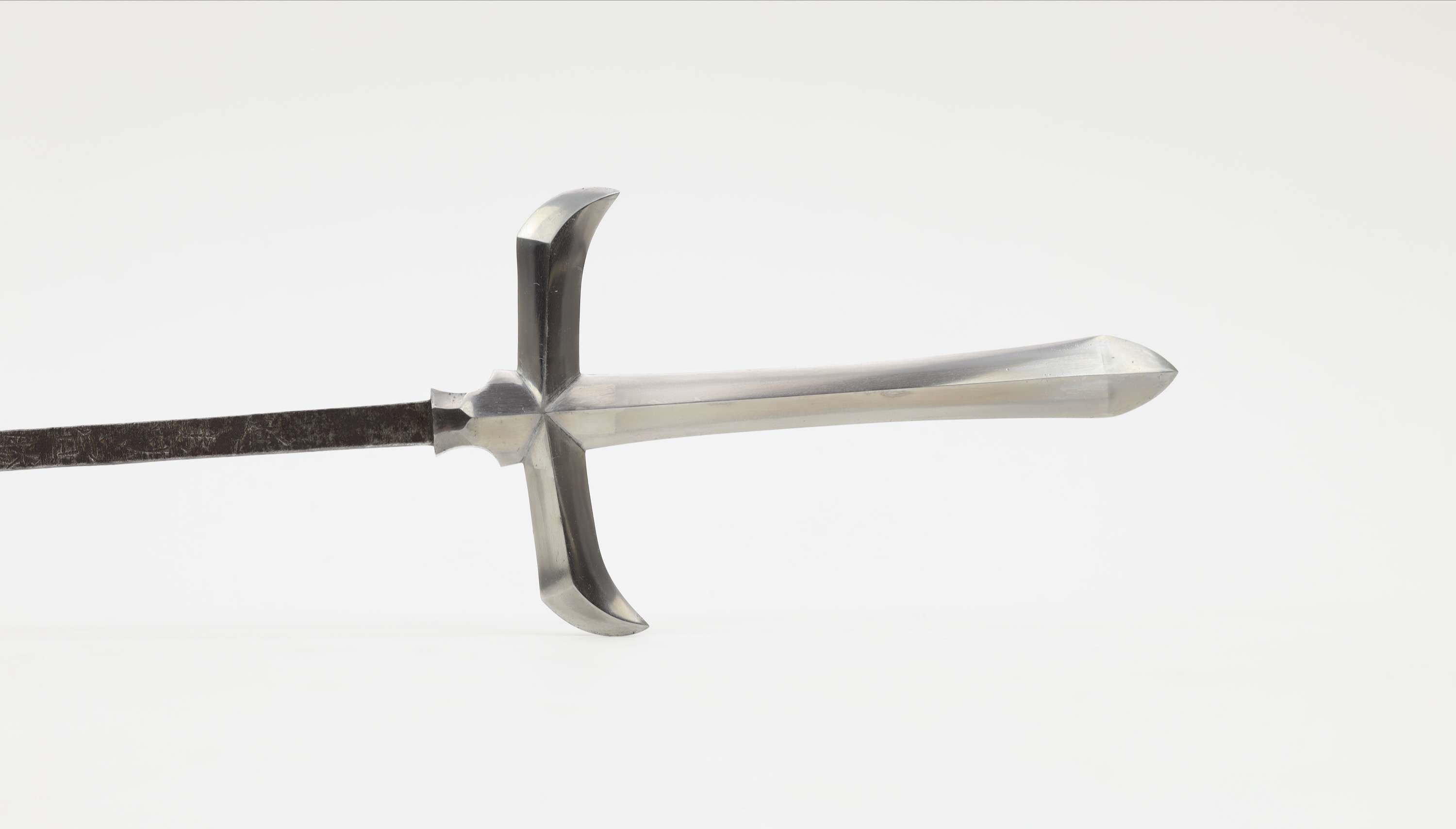 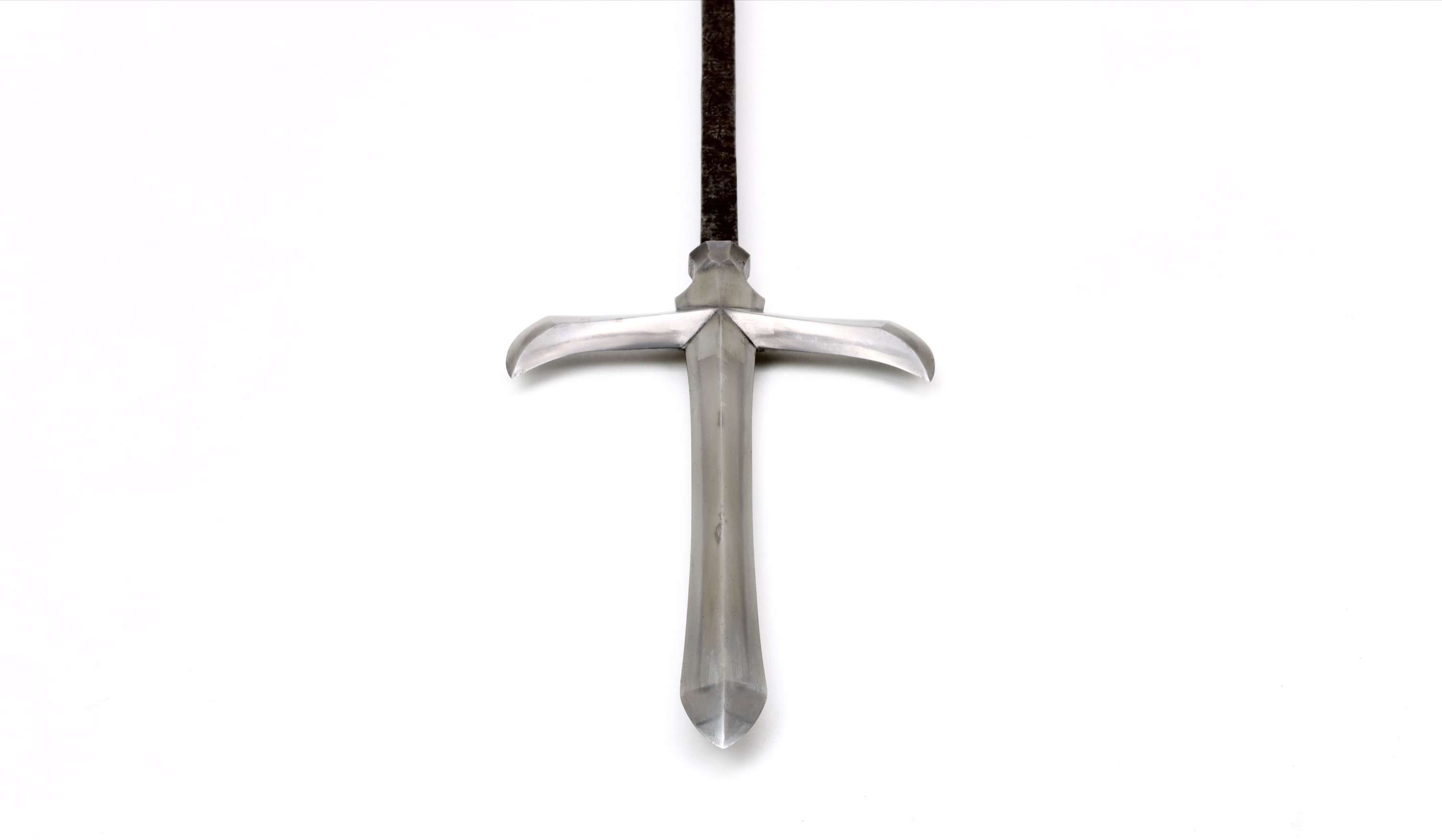 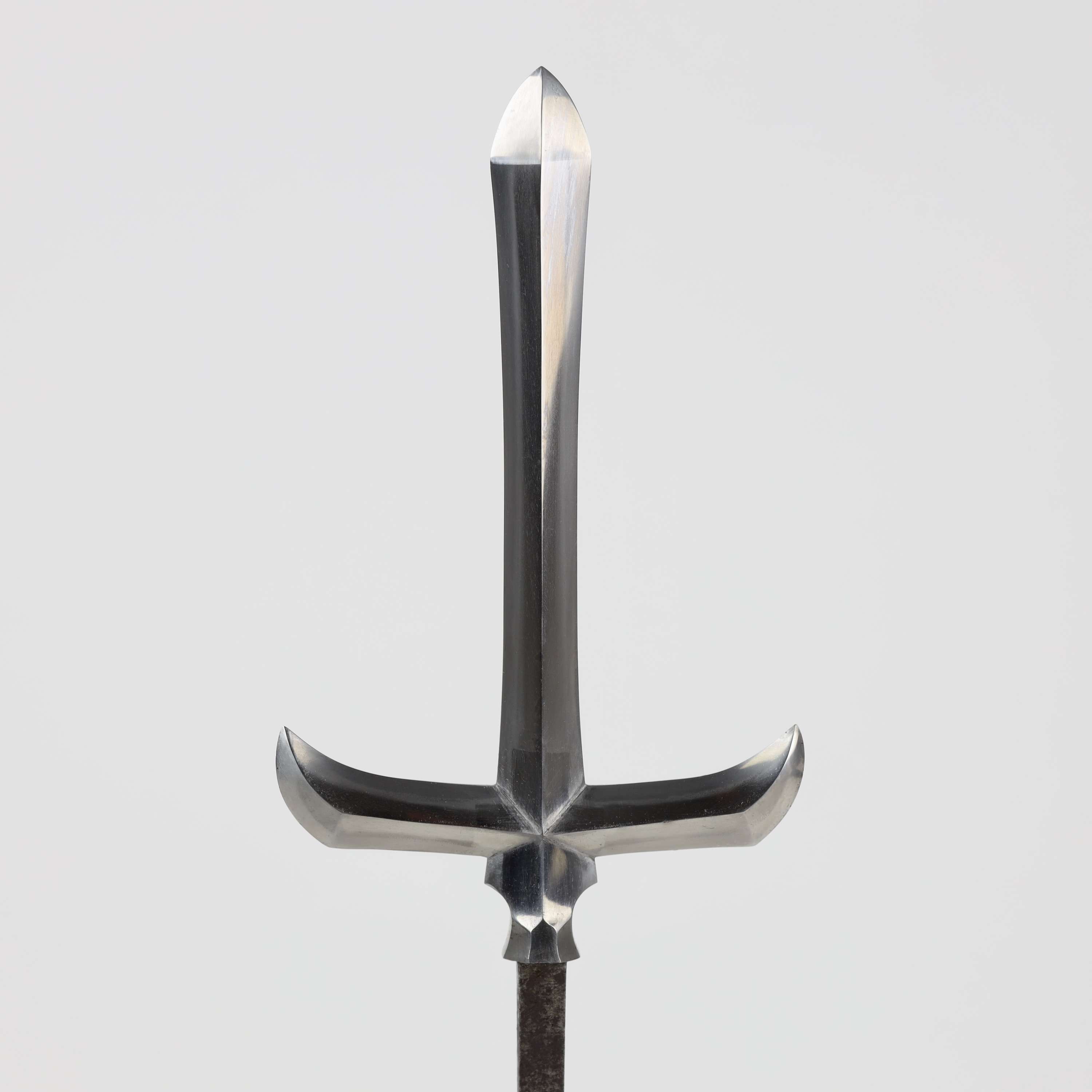 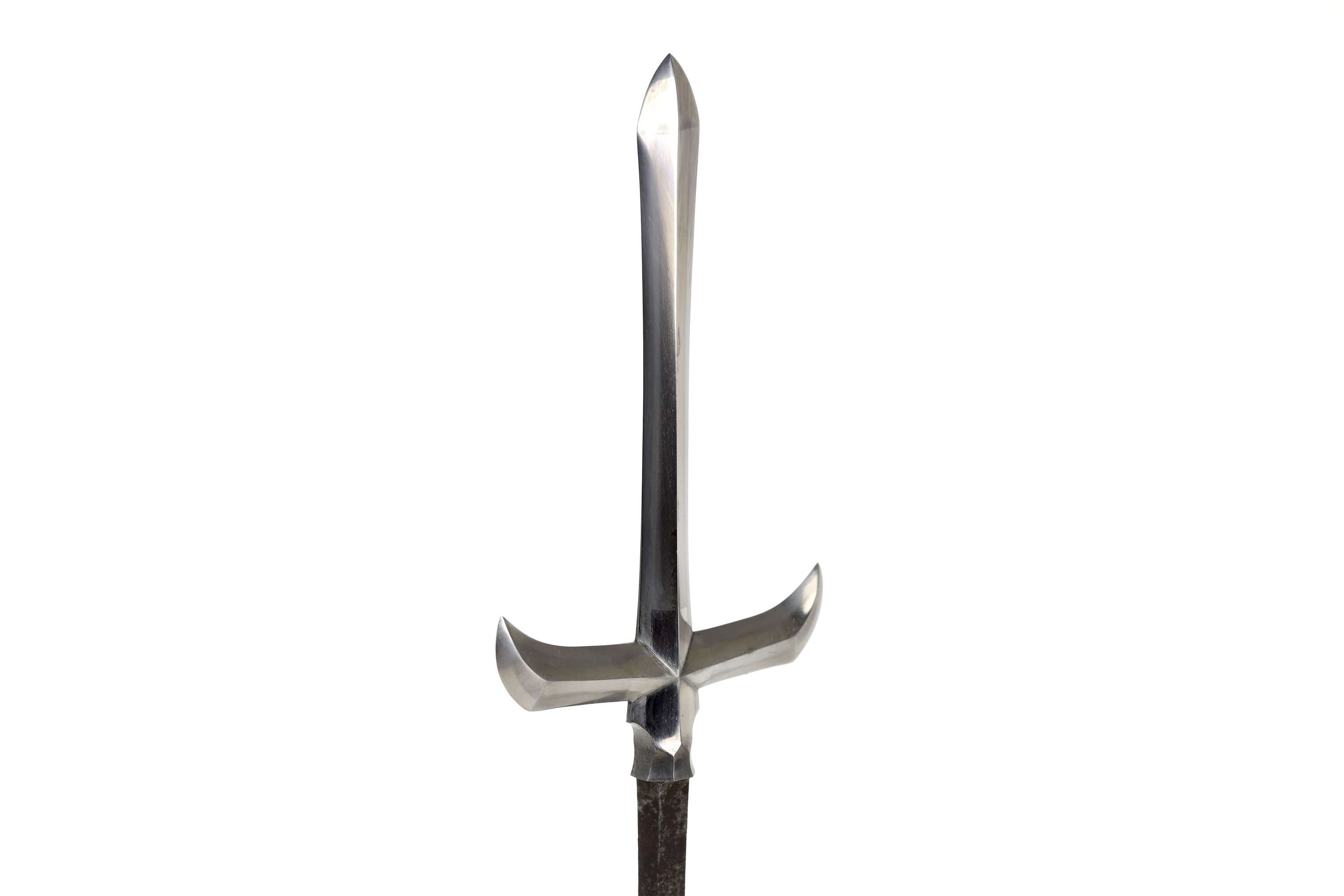 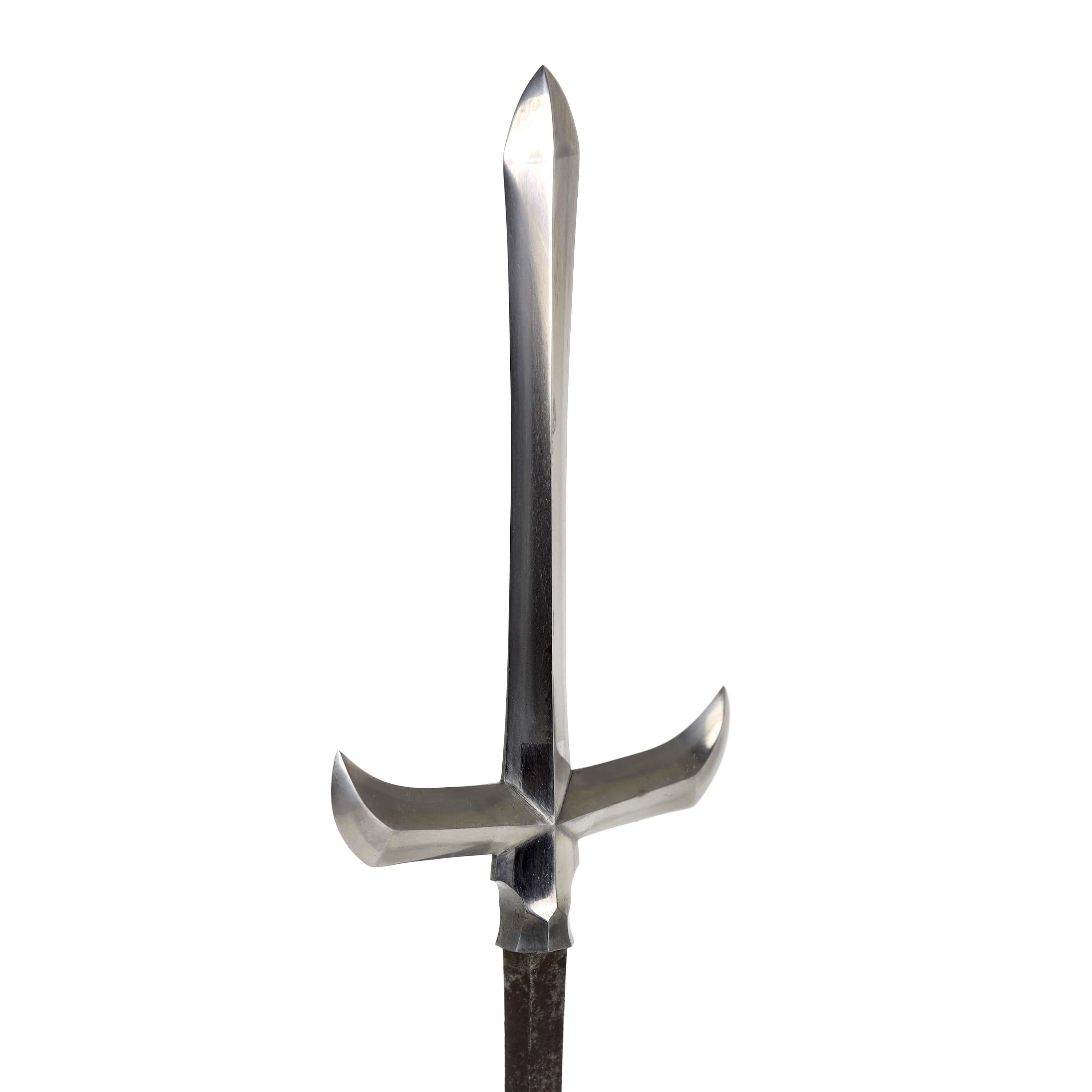 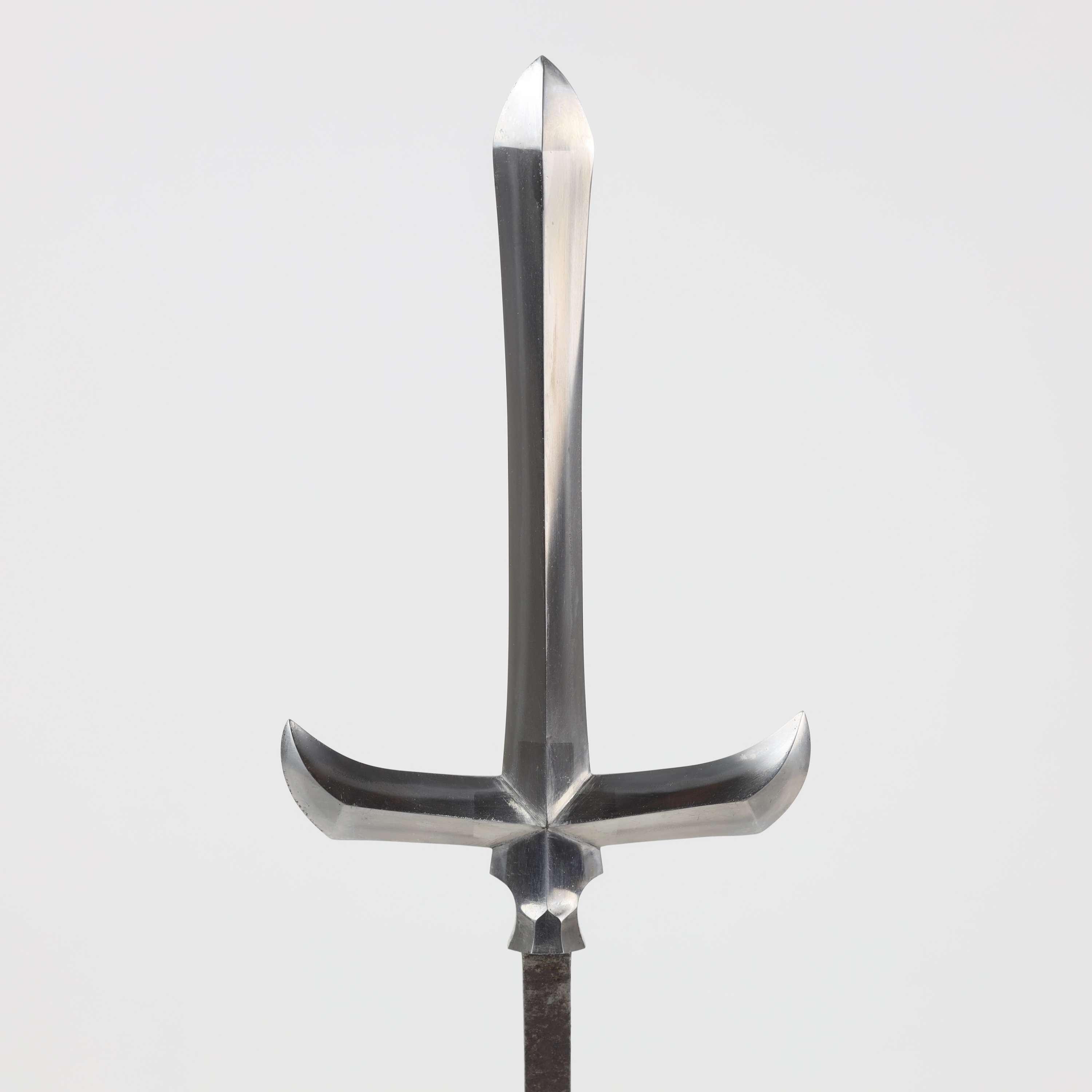 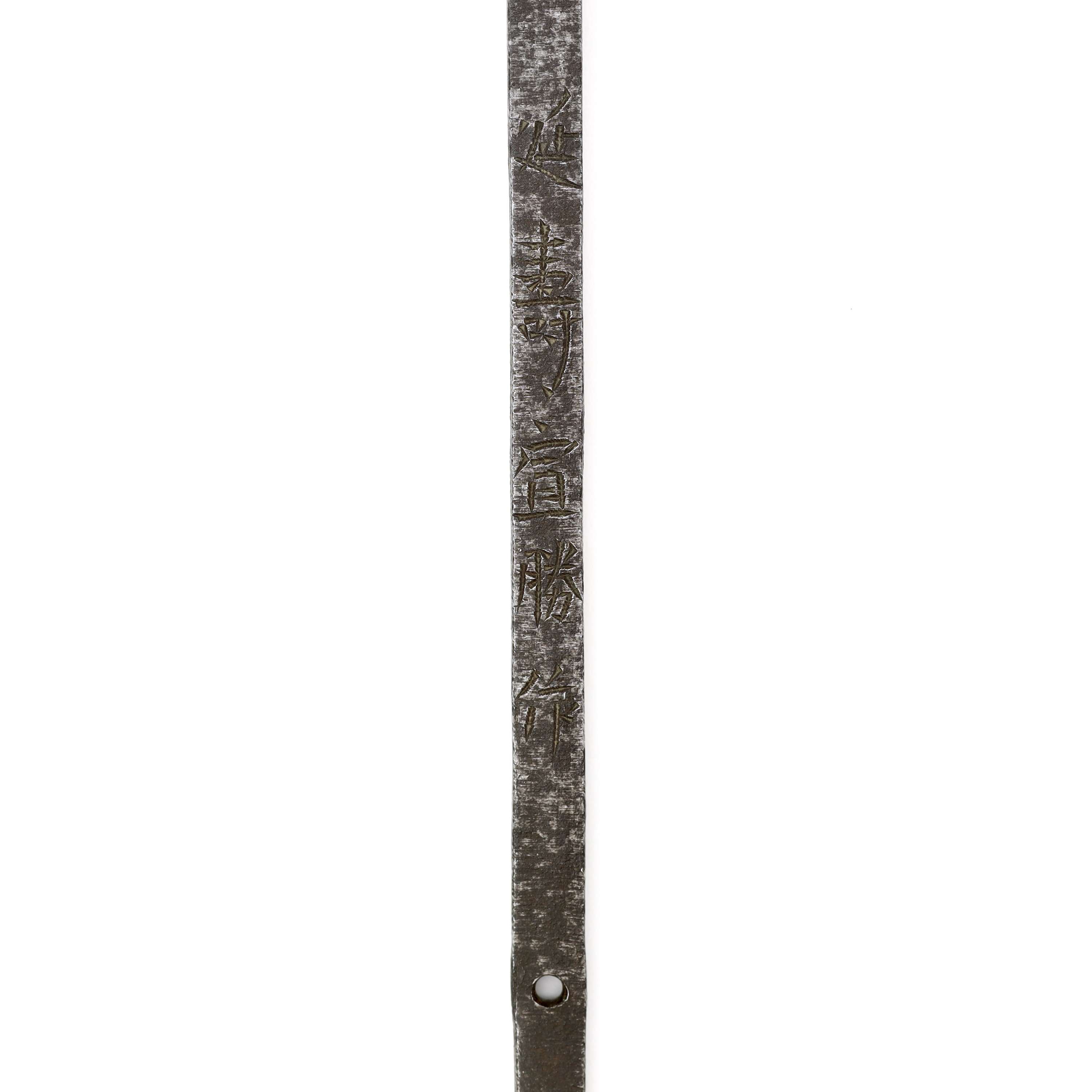 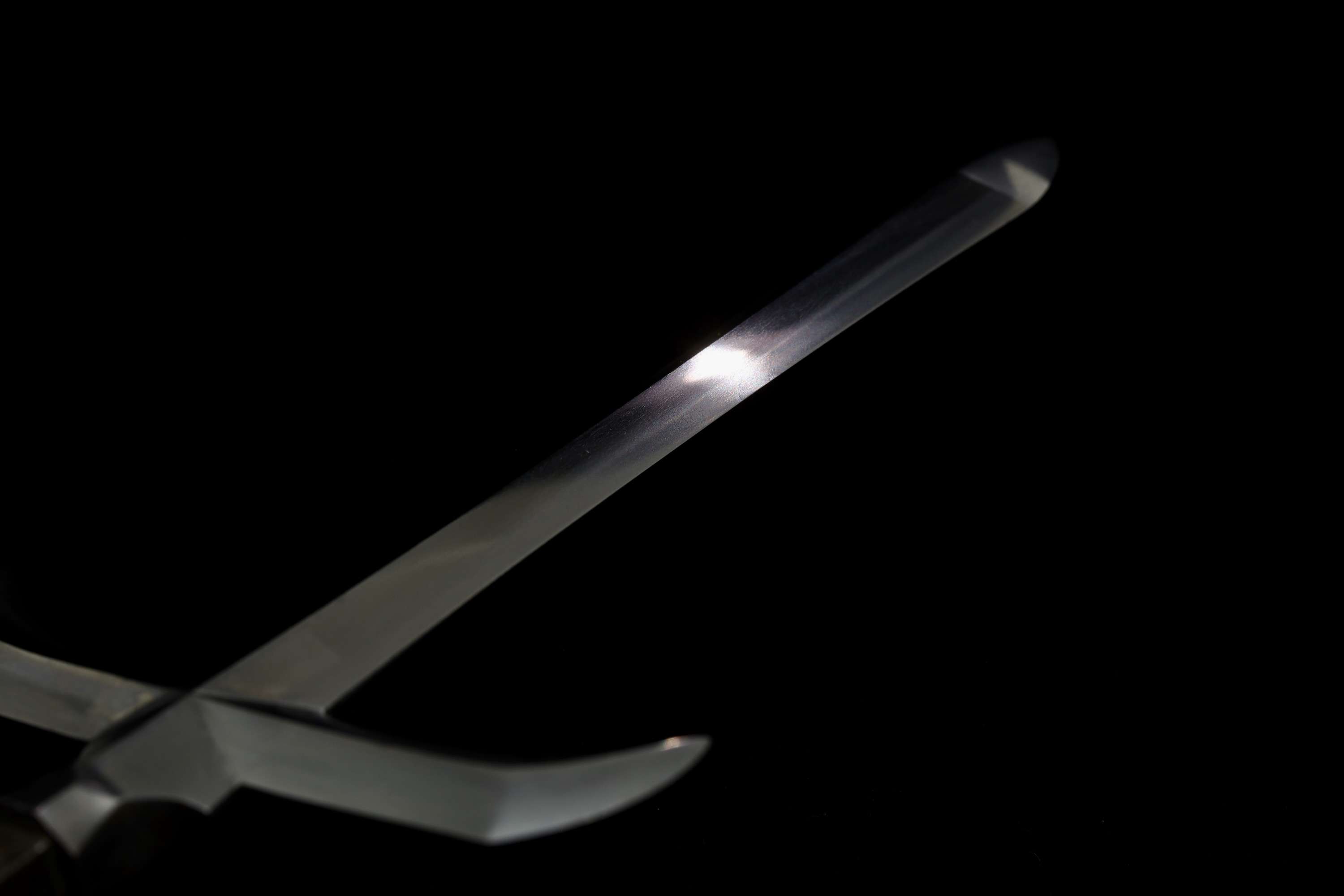 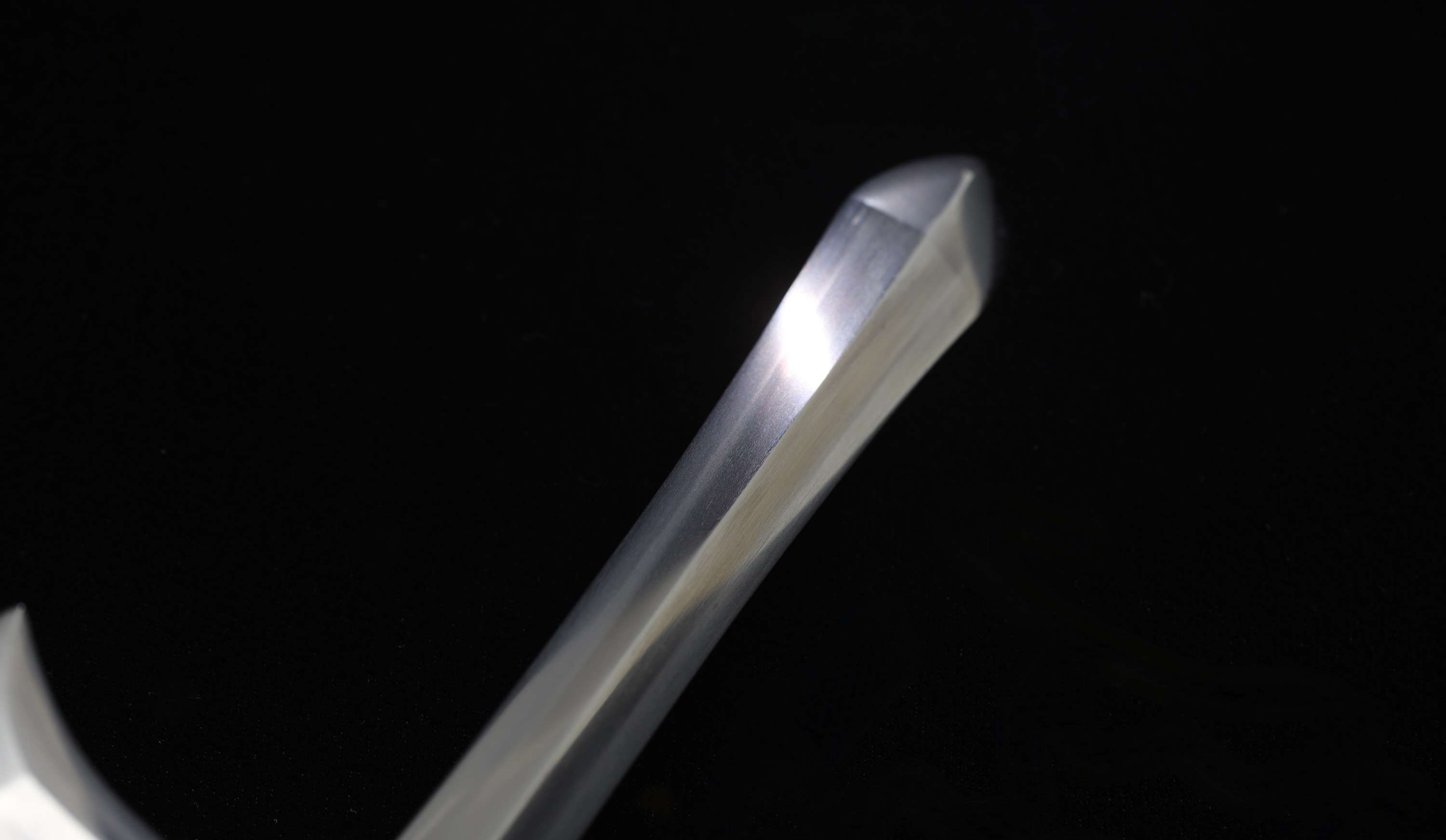 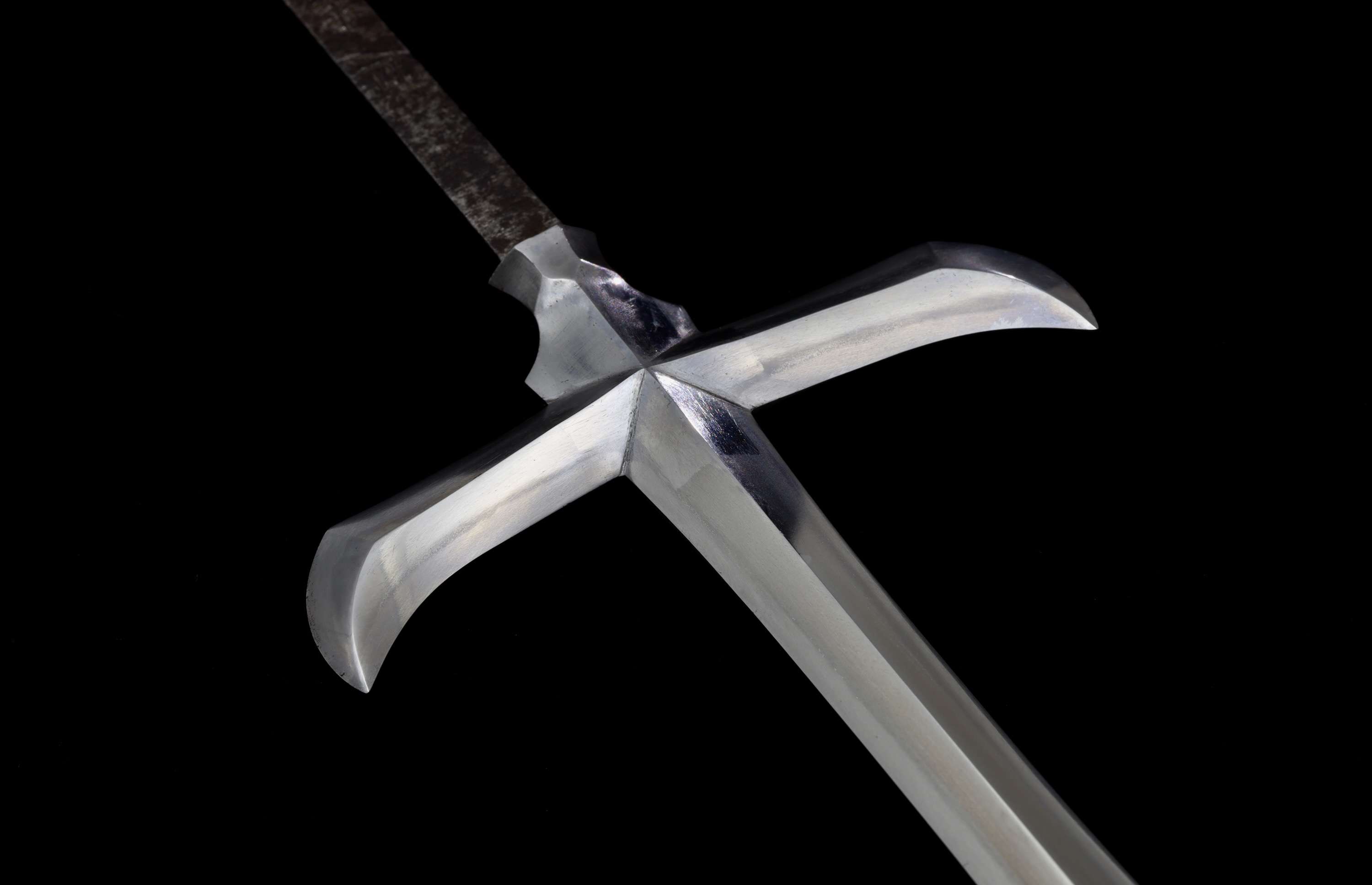 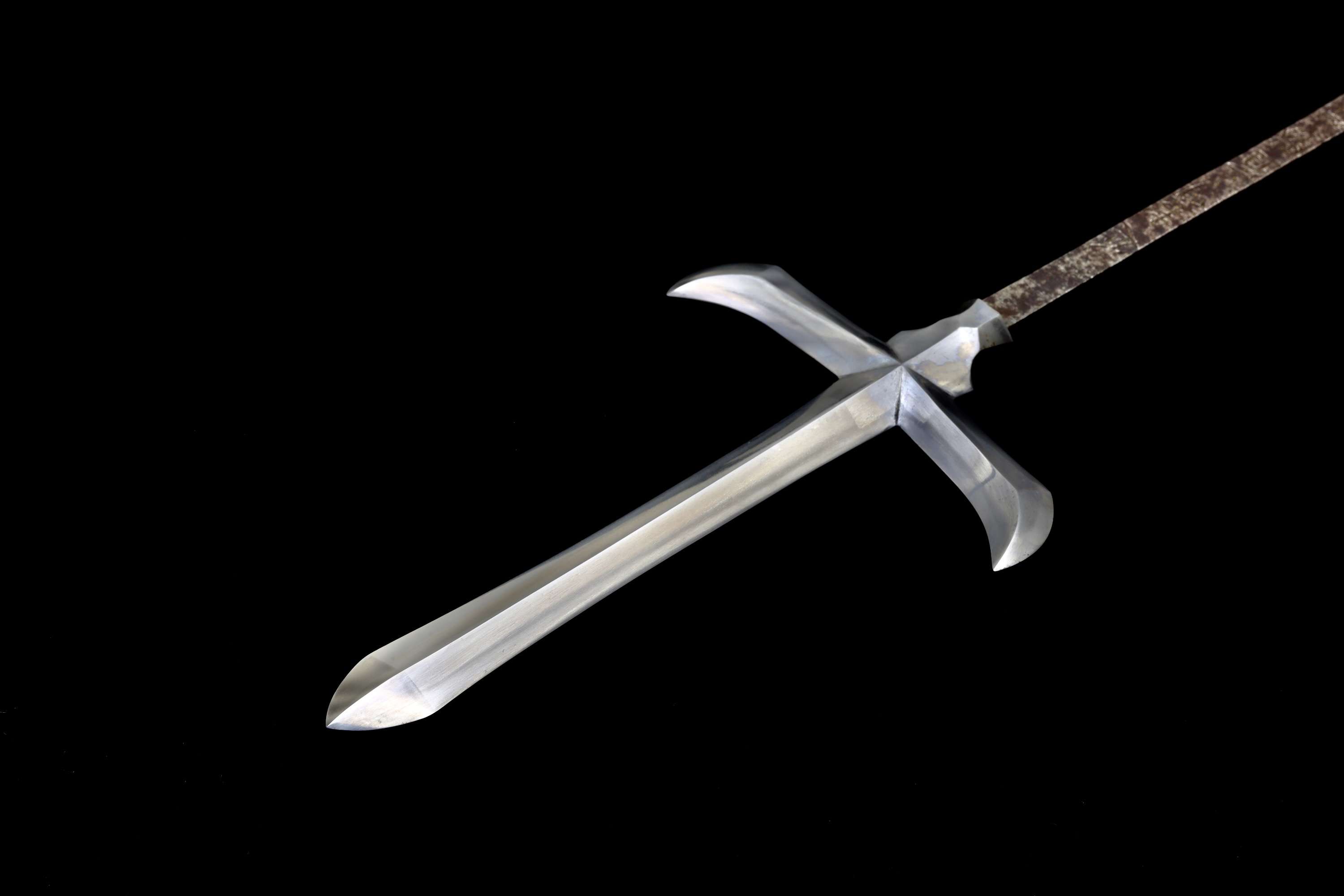