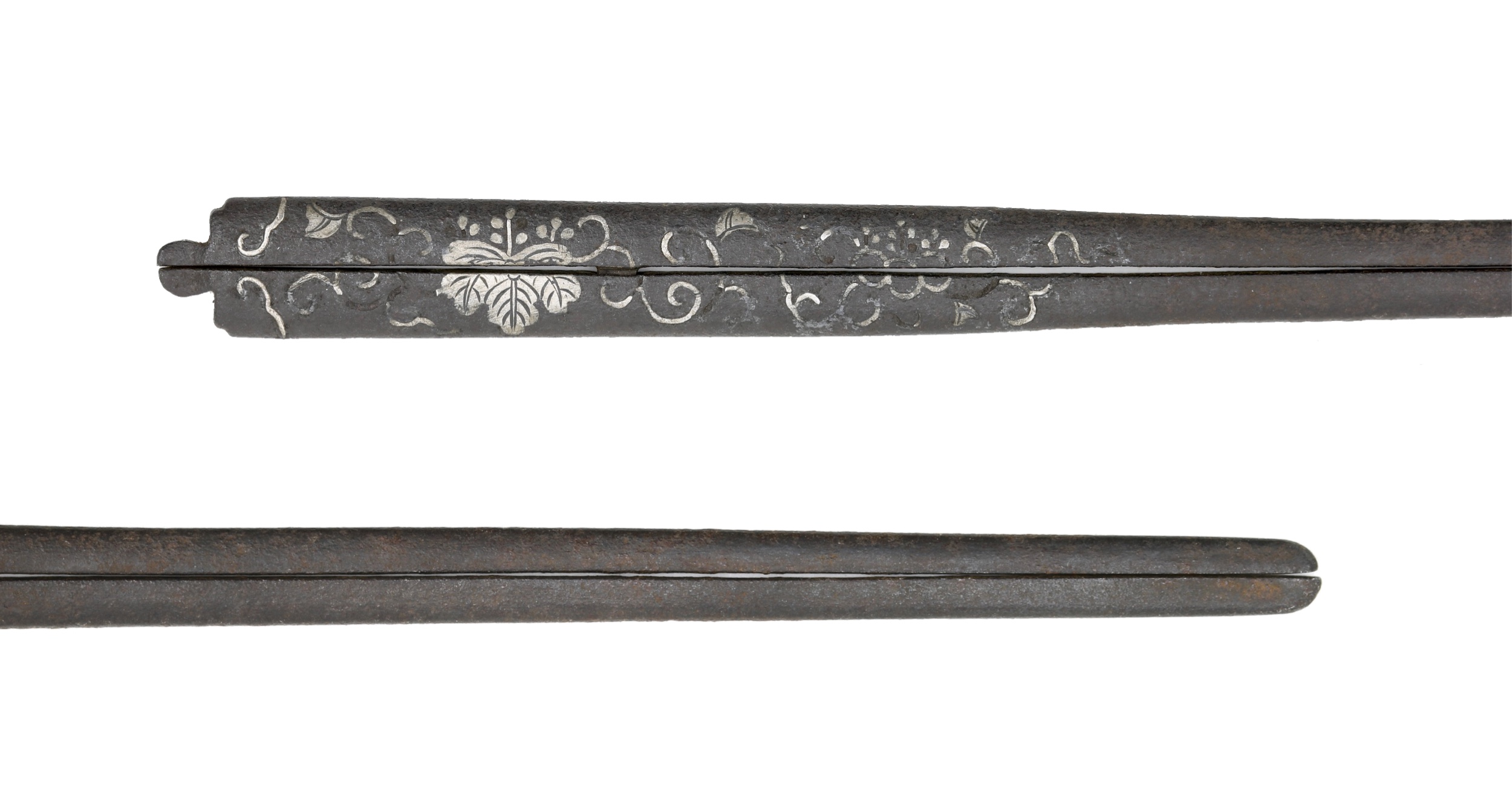 A set of iron wari-kōgai that join as one kōgai. A tiny tenon and mortise joint helps hold the halves together when sheathed in the sword's saya.

It also prominently shows the Kiri-mon (桐紋) or Paulownia crest, historically the private symbol of the Japanese imperial family, and later also adopted by the Toyotomi clan who ruled Japan from 1585 until the siege of Osaka in 1615.

The version we see here is the Go-san kiri (五三桐) or "5-3 Paulownia" because of the number of small leaves above the crest, in this case arranges as 3-5-3. This is the most commonly used version of this mon. 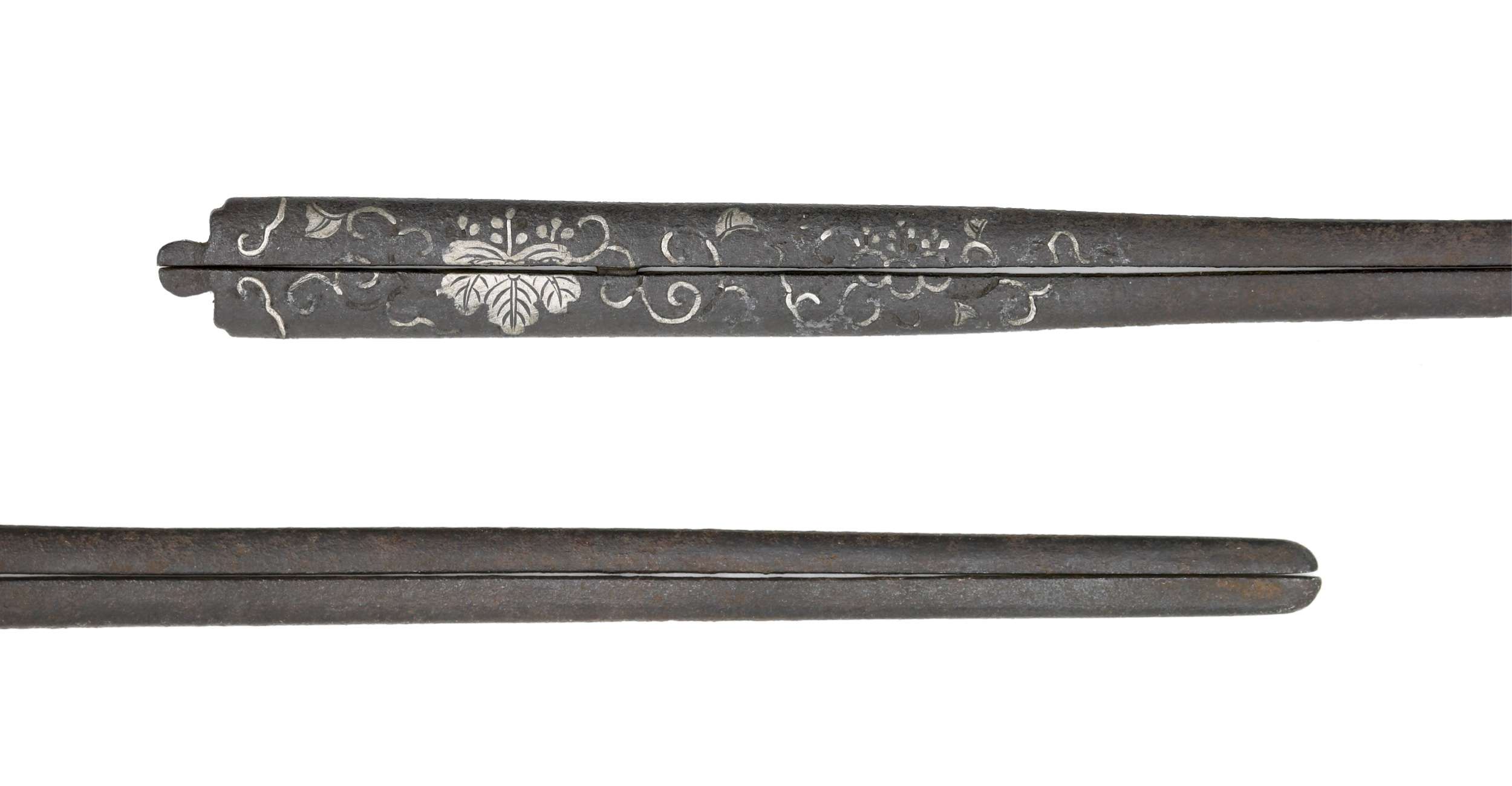 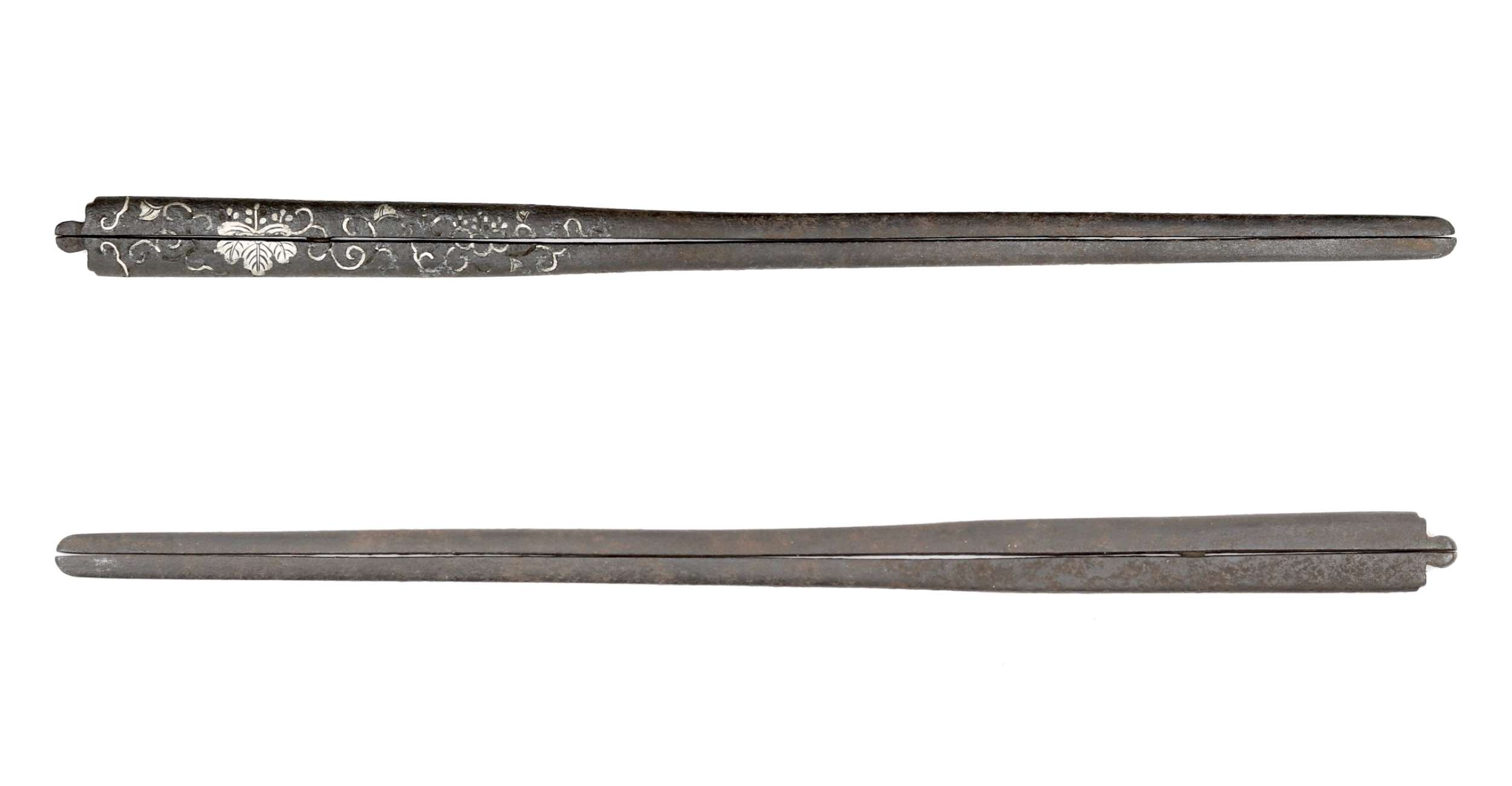 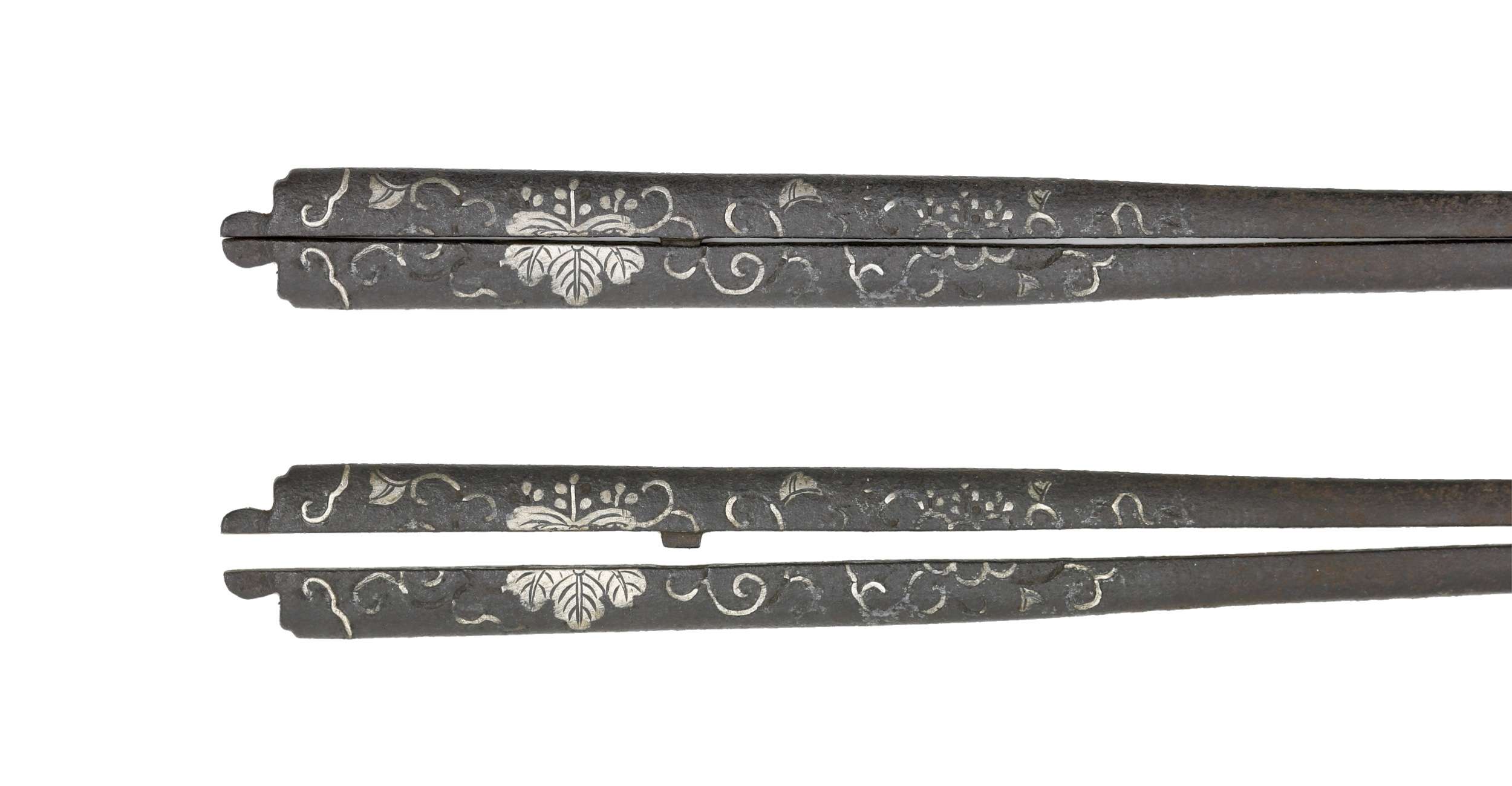 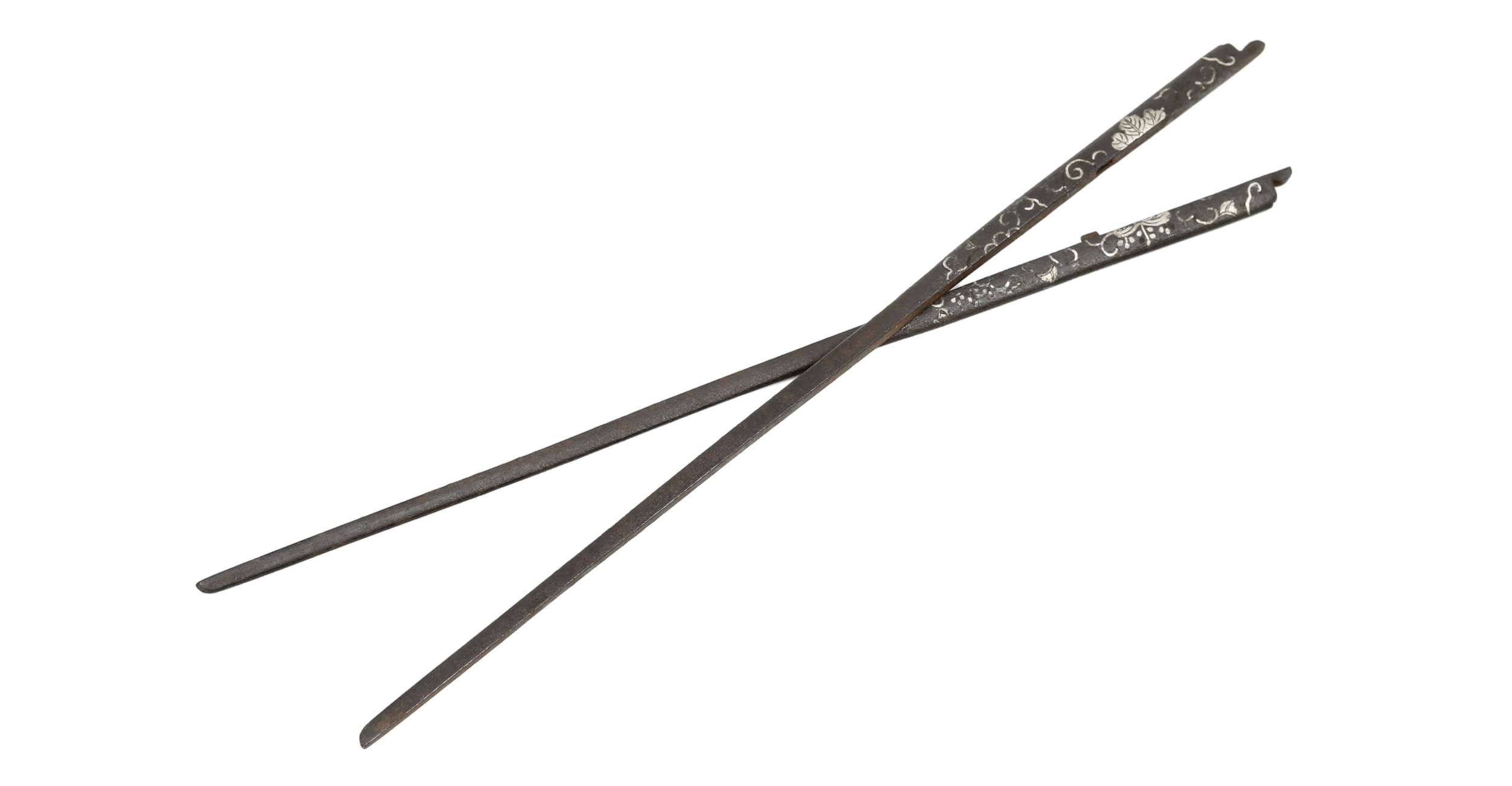