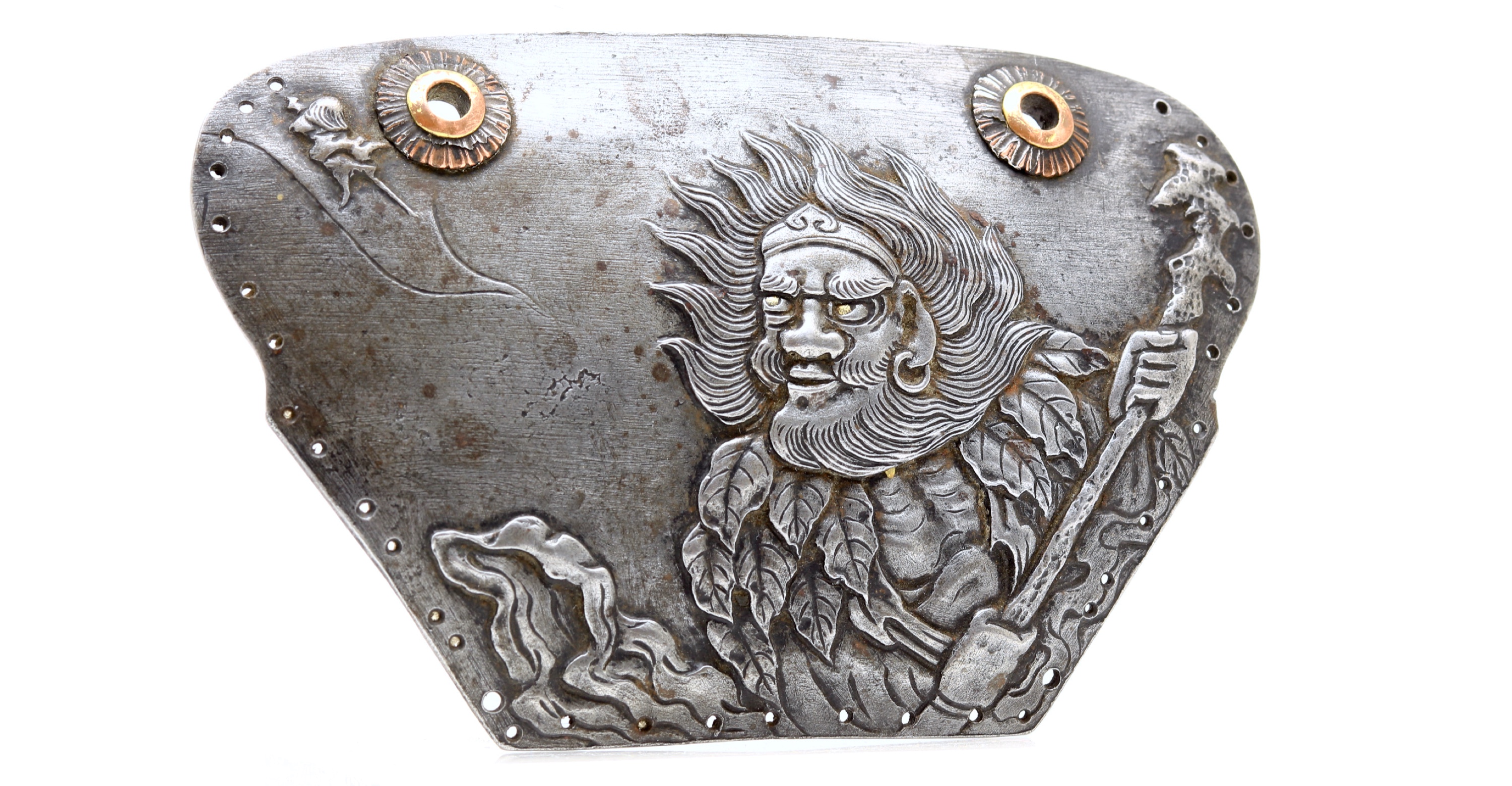 A Japanese iron or steel plate, worked in uchidashi, the Japanese word for relief work done in repousse and then chiseled on the front to further detail.

The plate is of trapezoid form with rounded upper corners. It has two large holes on top, for about 3.5mm thick cord, and 35 smaller holes around the sides and lower edge. Such a configuration of holes is seen on the upper plate of the Japanese armored sleeve, called kote, where the thicker cords are meant to secure the shoulder and the smaller holes are for the mail rings to go through. However, I have not seen a kote that uses this exact form of plate, so it could be something else, but the impression remains that the smaller holes are for mail and that it was once part of a particularly ornate plate and mail set of armor.

Chiseled in the center is a bearded figure, with a collar of leaves and a wooden stick. He resembles Shōki, vanquisher of ghosts and evil beings, but Shōki is almost invariably depicted with a Chinese straightsword, and this figure carries a wooden stick. He could be Shinnō, known as Shennong (神農) in China. A mythical ruler from ancient antiquity who is also known as the "divine farmer", who is credited with the invention of agriculture and plant-based medicine. He is gazing at a small figure on the left which seems to be some creature traveling on a spear. 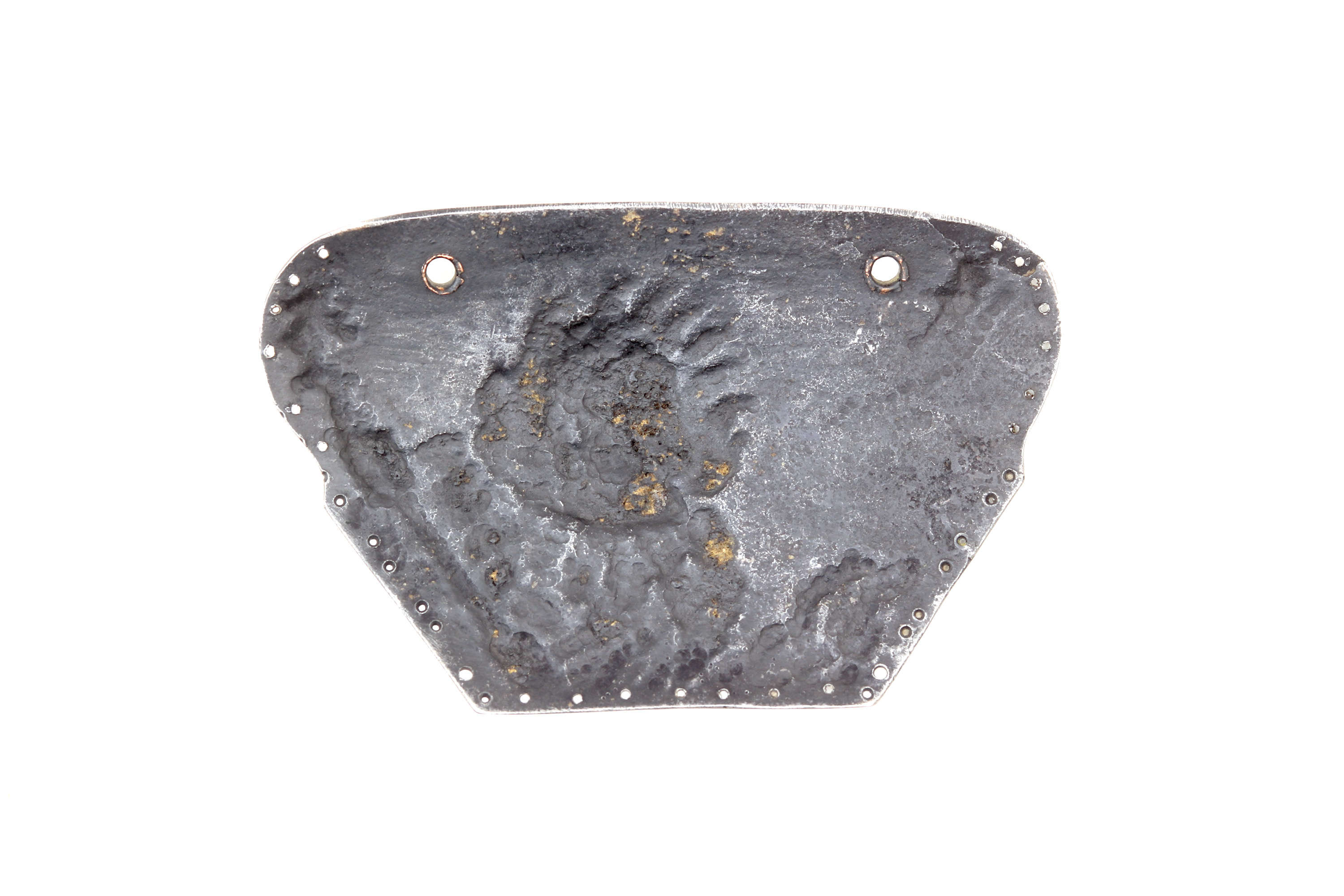 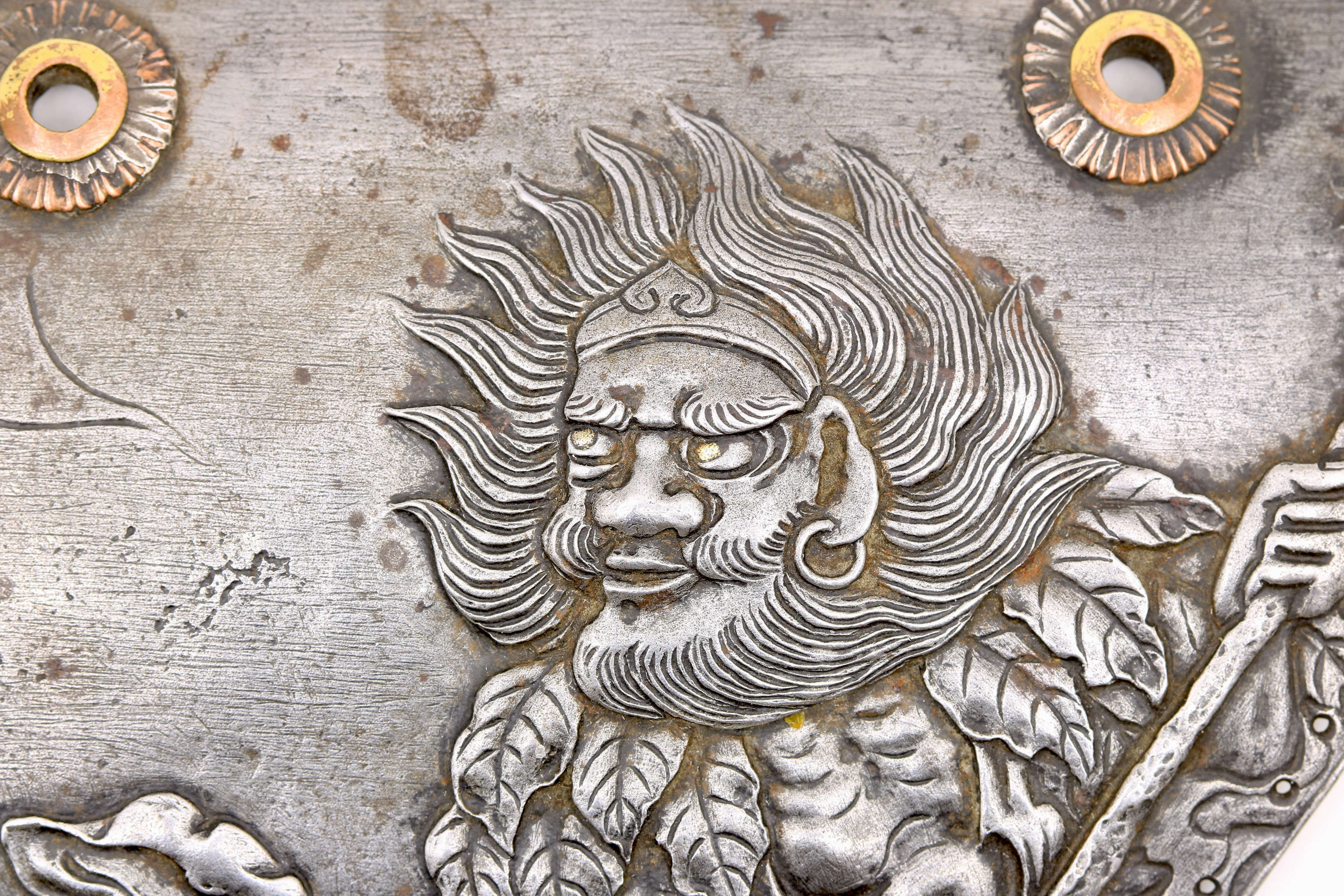 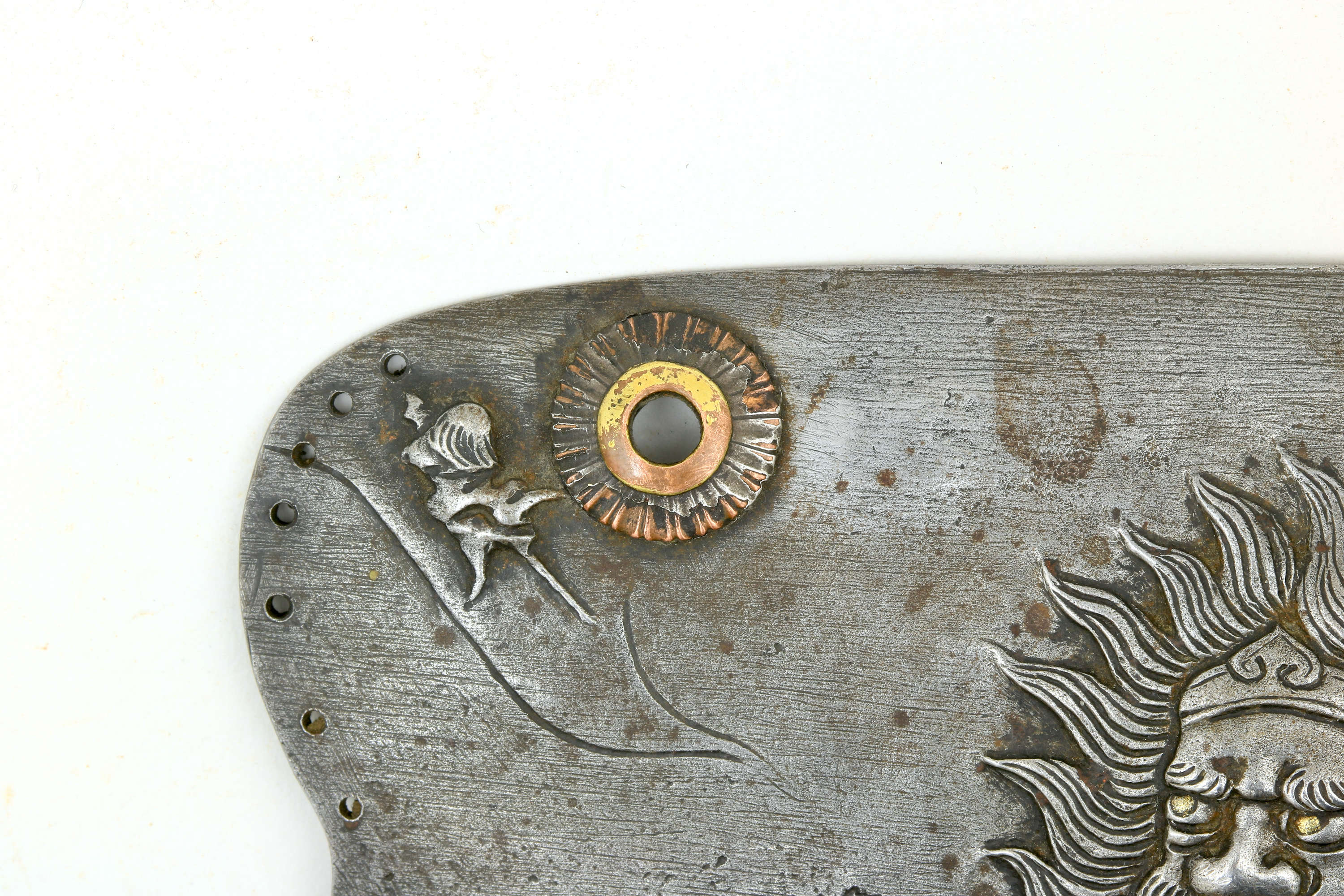 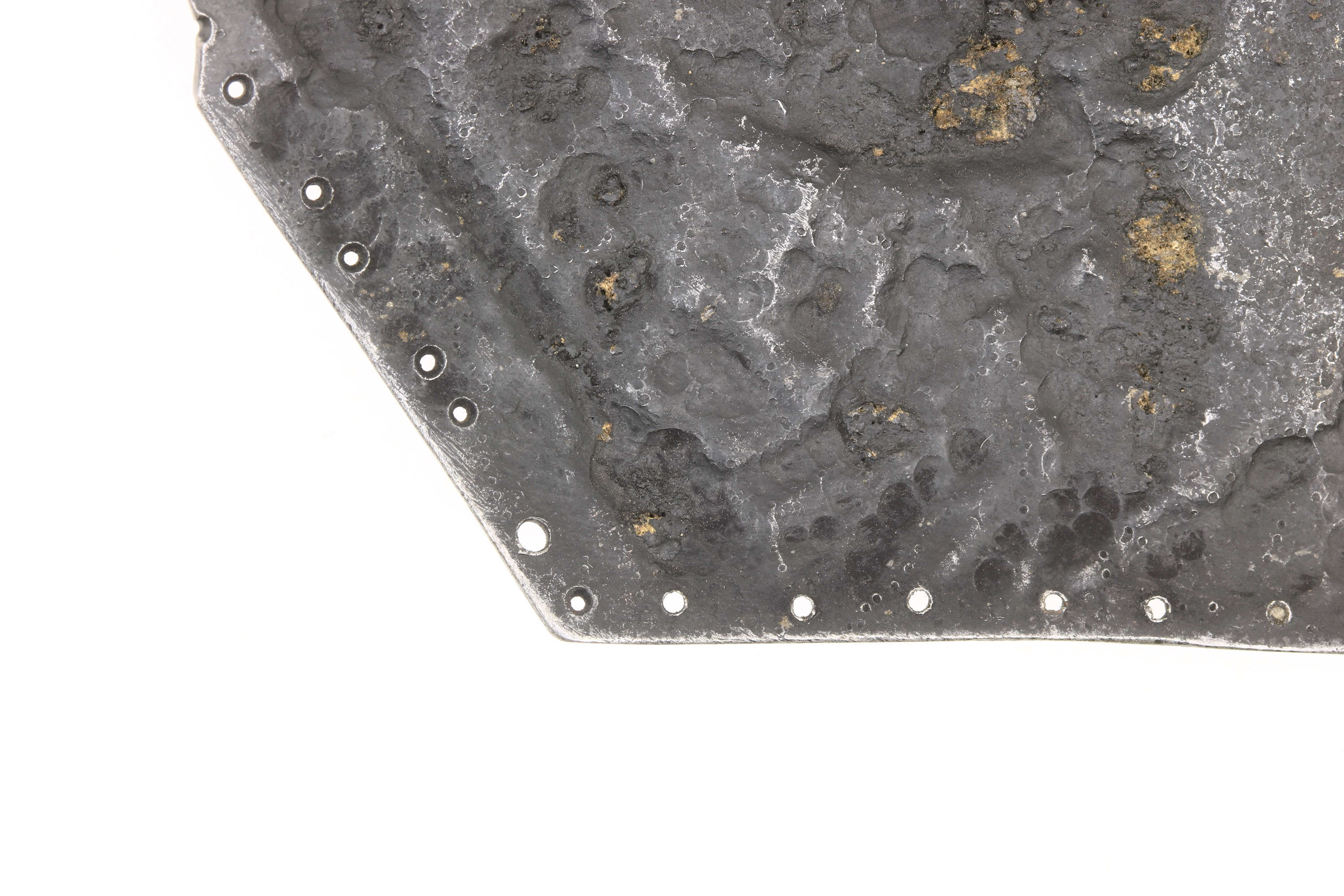 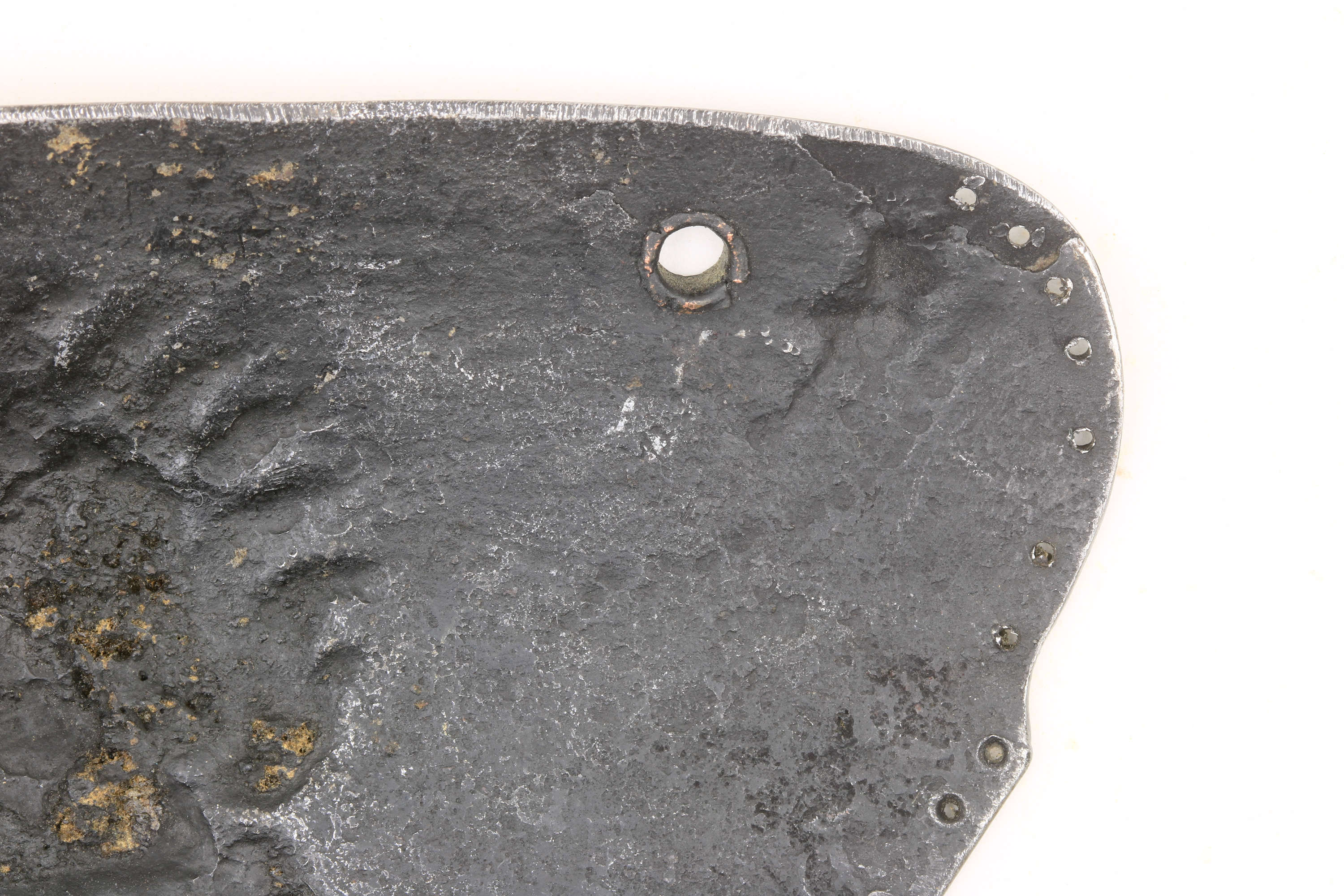 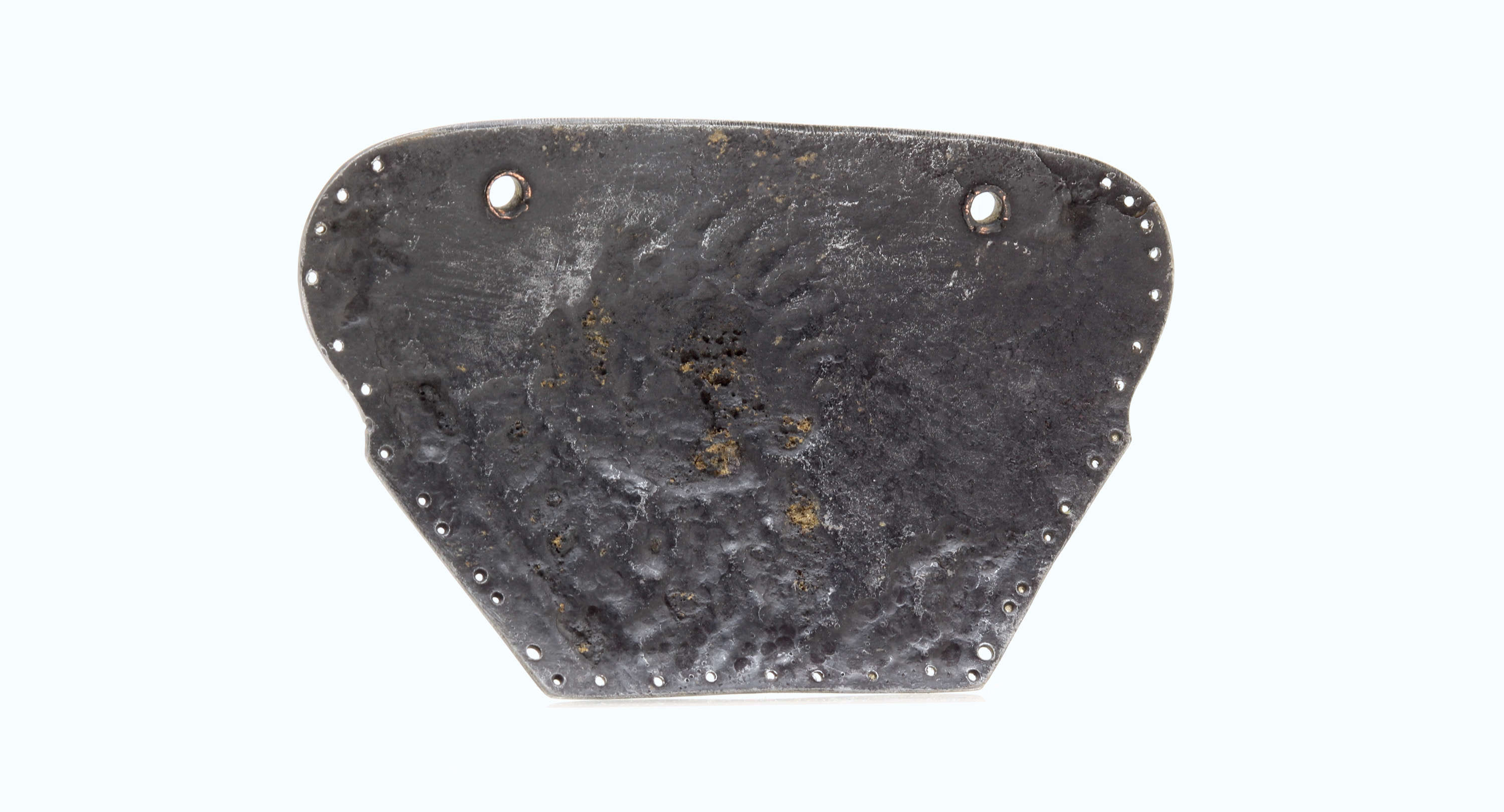 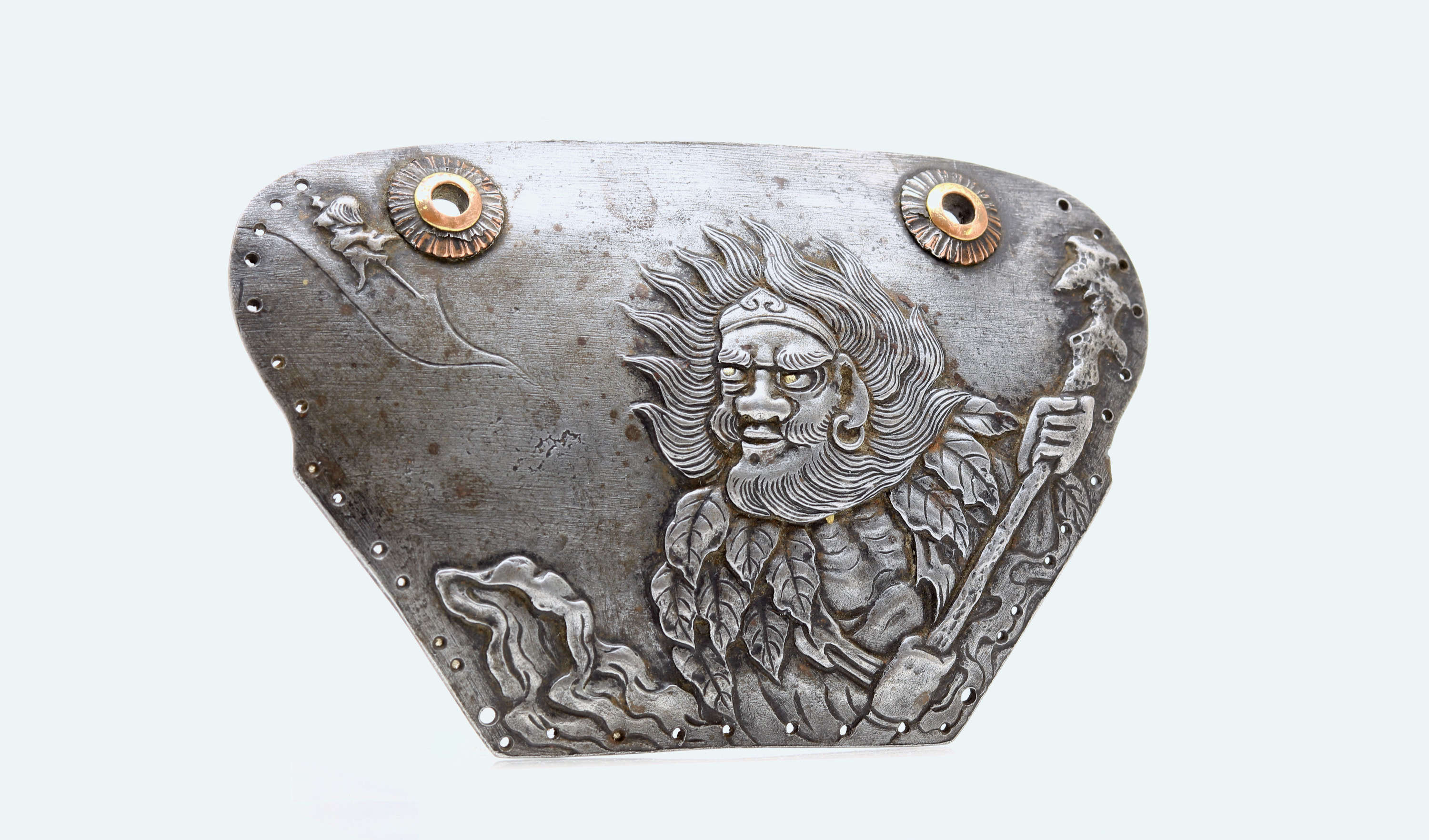