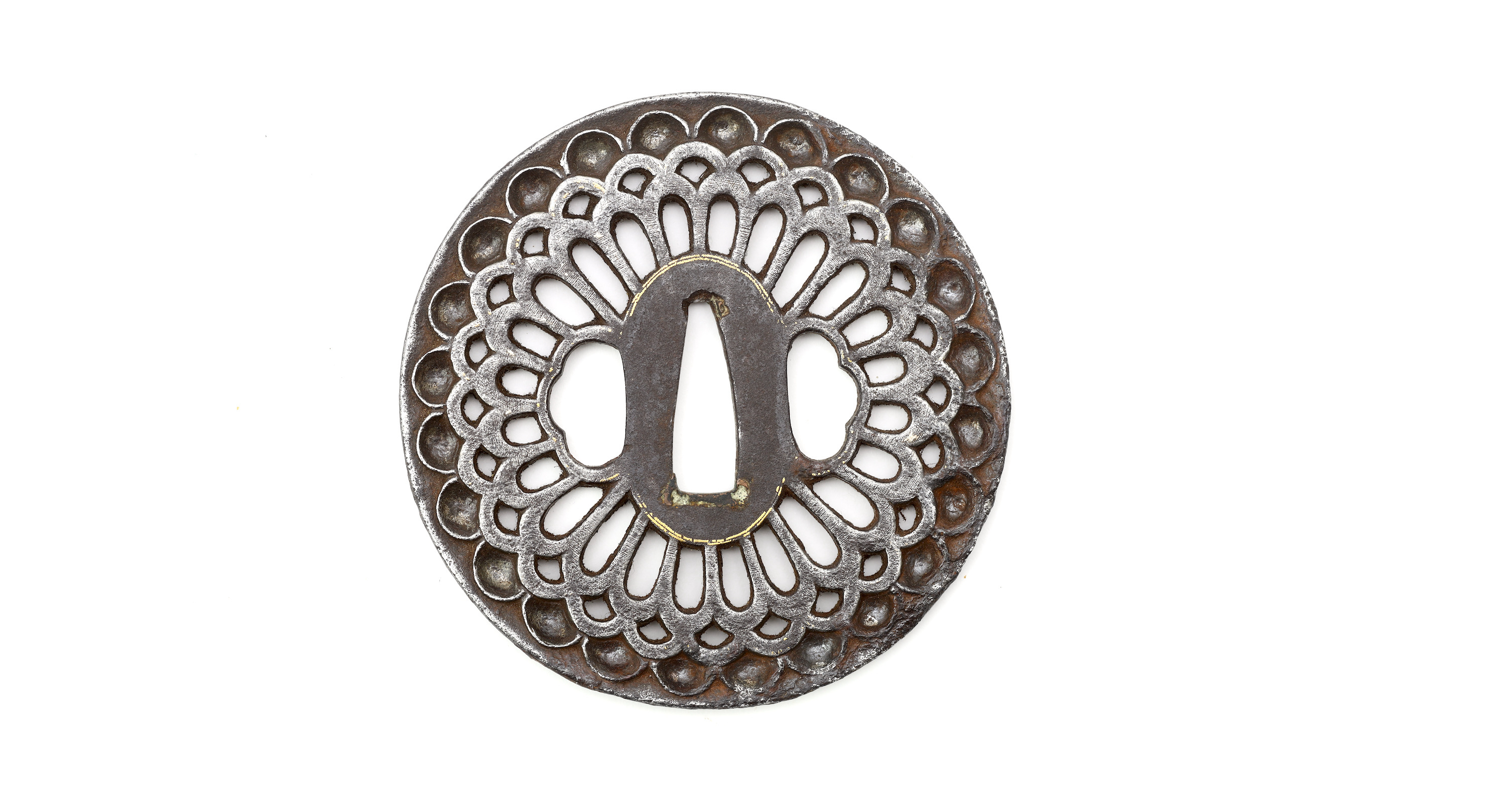 A large Japanese tsuba in the form of a stylized chrysanthemum. This style of tsuba has my interest because it had a profound influence on Southeast Asian sword guard design. The inspiration must have come from similar guards taken along by the many ronin that fled Japan around 1600 and settled throughout Southeast Asia.

It is of almost perfectly circular form, with a smooth rim. It has several rows of narrow petals, the outermost rim consists of raised rims outlining a dished shape, convex on the other side. The other two rows of petals are rendered in flat gold and silver overlay, outlining pierced work.

It has two kogai-hitsu-ana, integrated into the design. The seppa-dai is outlined with two thin gold lines.

This tsuba is a good example on how an item's condition is not a good determining factor for age: One side has suffered badly from corrosion, almost as if it's been partially submerged for a while. The other side is well preserved.

It is an interesting, more complex than usual rendition of this general style of tsuba. Priced favorably due to its condition. 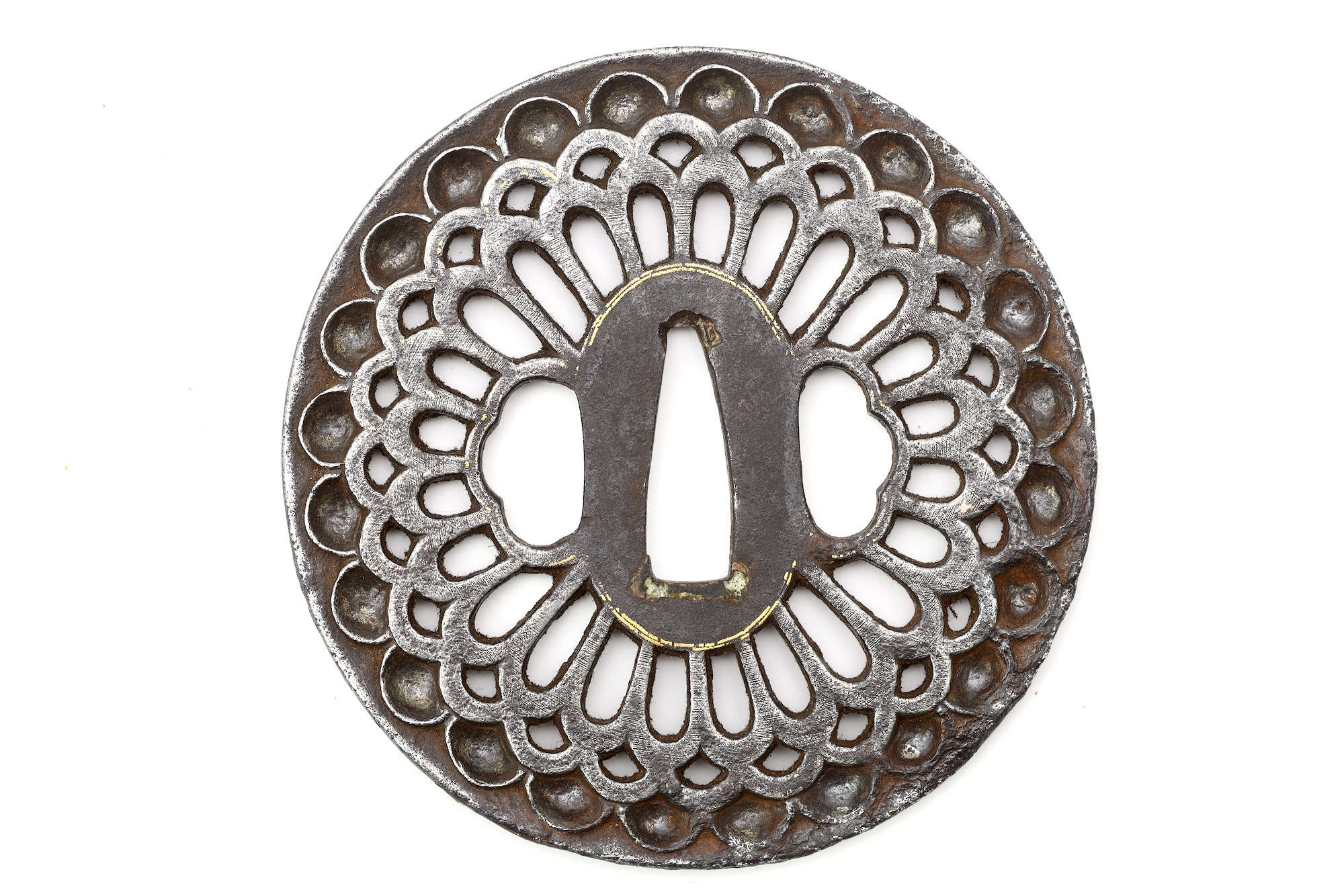 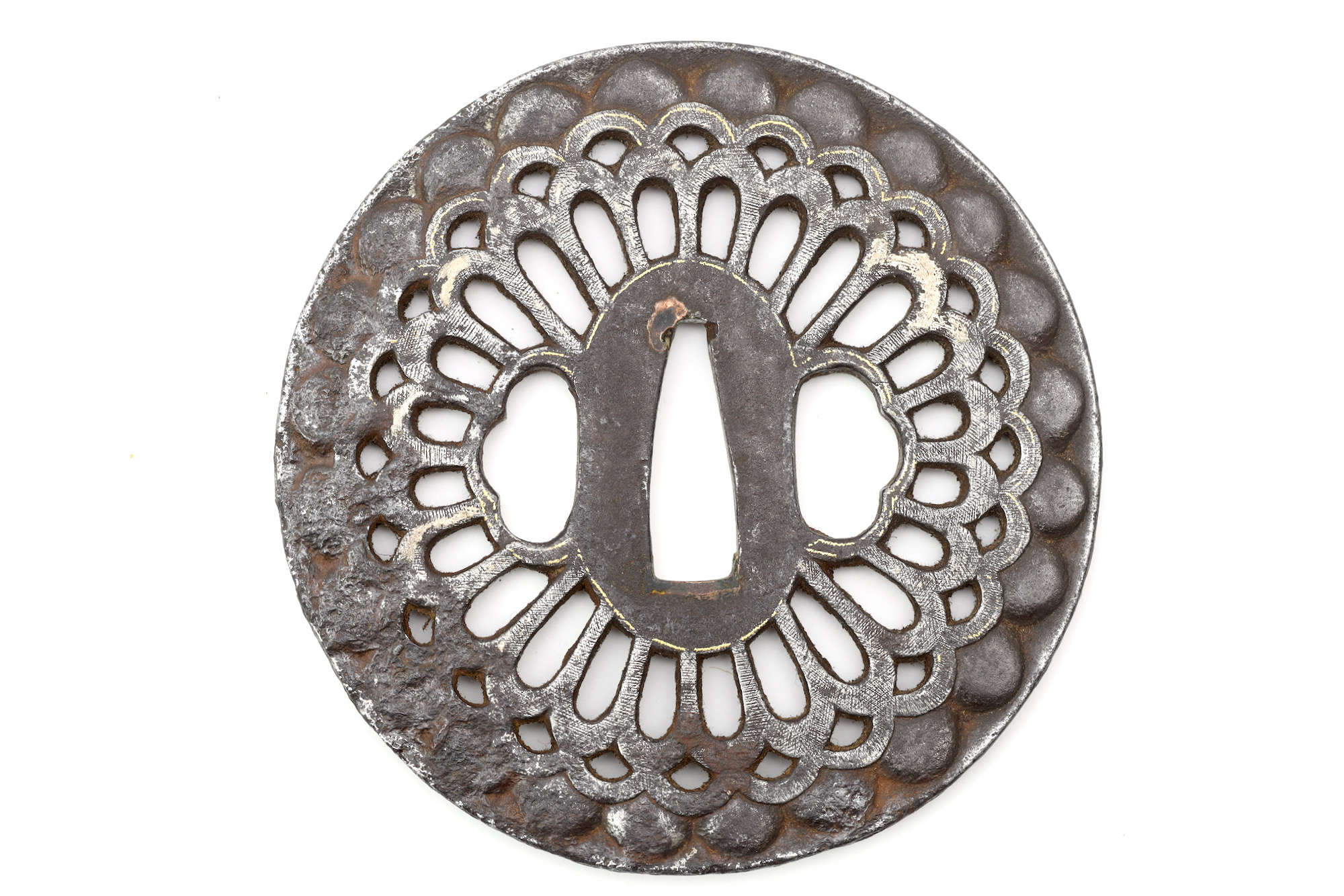