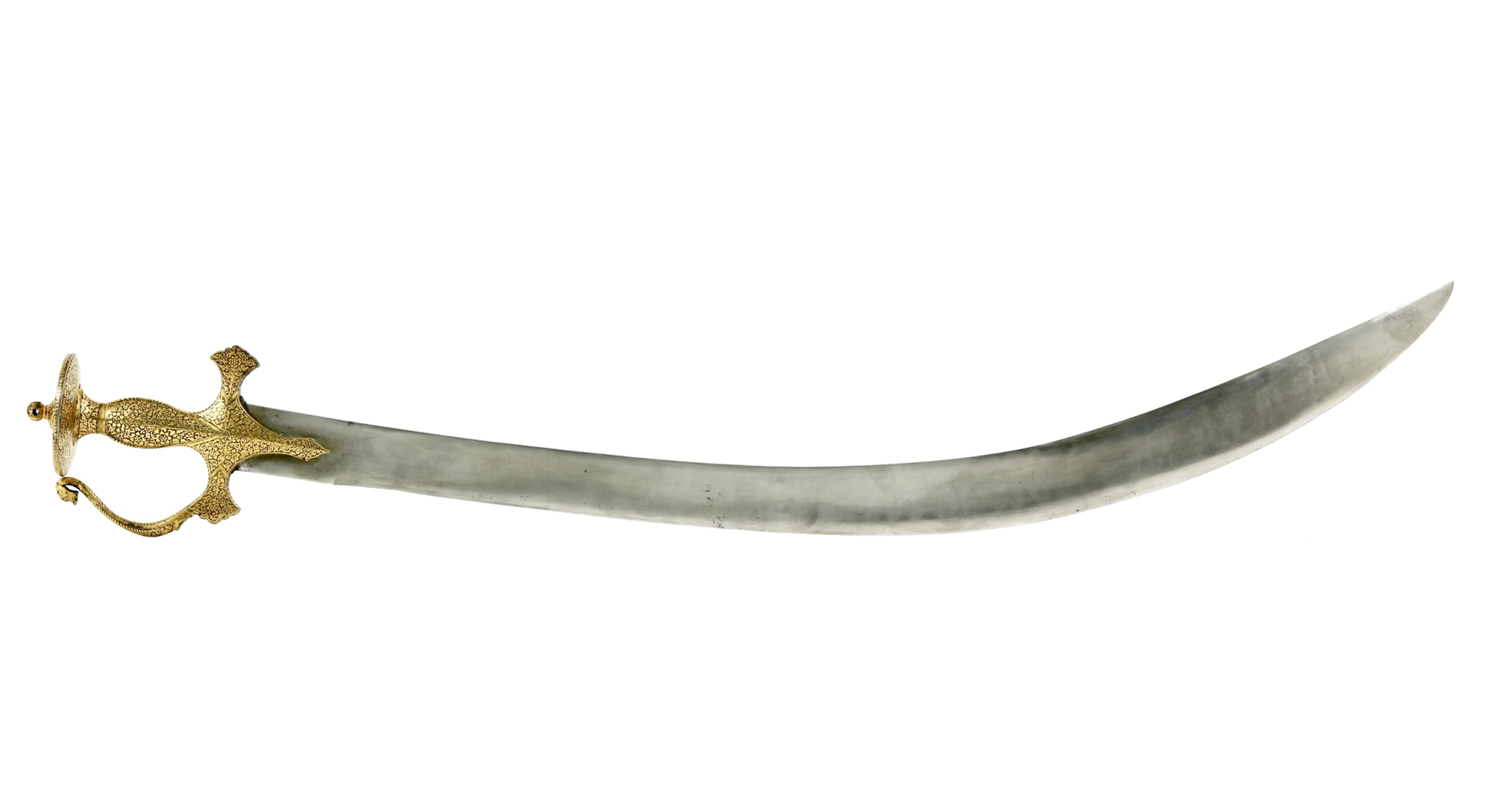 A fine north Indian teghá. These swords are made with a relatively thin but wide blade. From a functional perspective, it makes the edge thinner while putting as much, or more, weight behind the edge. These swords are ideal for heavy cuts into soft targets, like unarmored opponents.

The wide, deeply curved blade is made of pattern-welded steel. It widens near the tip, where it forms a functional backedge. The blade has a dramatic heat treatment, similar to the hamon on Japanese swords that shows in some angles as a dark cloudish effect along most of the edge, and covering the entirety of the tip as to harden both the leading edge and the backedge. From this, we can see it wasn't just made to show off: everything about the blade is purely functional.

The blade is in excellent condition, with no nicks, pitting or signs of excessive sharpening. All contours remain intact, and the spine is straight. It is in high polish, and much more shiny metallic than it looks in the photos.

The large iron hilt is of a northern style, and possibly points towards Lahore. It has a large disc pommel with a dome on top. It has quillons that flare out, a somewhat more unusual feature. One of the quillons extends into a knuckle guard with a makara head on top.

"In every petty court in Rajputana men were ,and still are, found capable of damascening the weapons of the chief and his henchmen in the good old way. In the Punjab, where Runjit Singh for a time centred in his own person all the power of a large kingdom, it was natural that the great majority of the artists should live and work at his capital, hence we find that in Lahore and the neighborhood there were large colonies of men who devoted themselves to the manufacture and enrichment of arms of all kinds." 1

The most striking element is, of course, the lavish decoration of this hilt with fine overlay in gold over a blackened iron background. The decoration consists of fine vines and flowers, mixed with purely geometric designs. It is interesting to note that although both sides look superficially similar, the holt is decorated differently on either side. 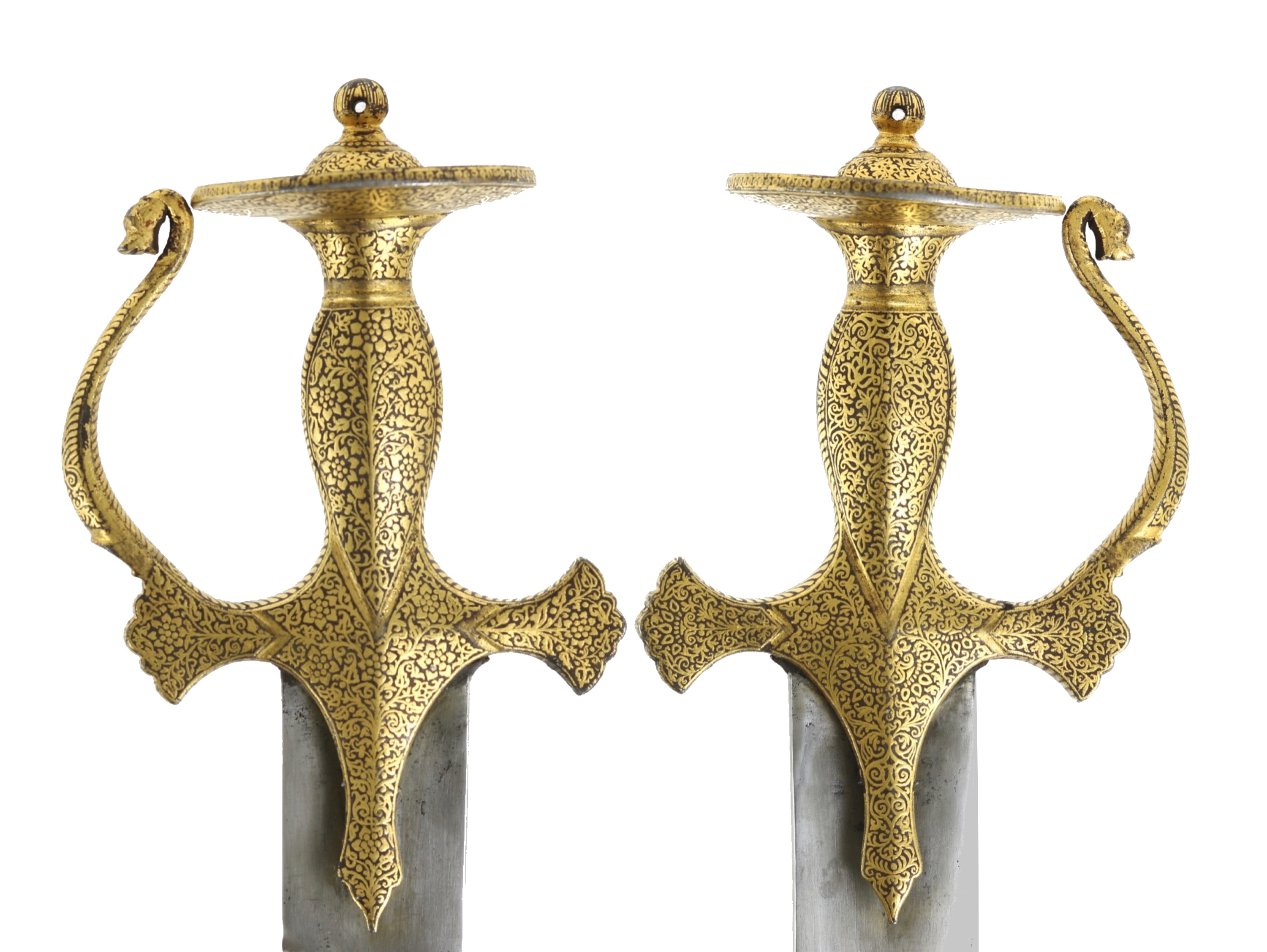 Hilt seen from both sides. Notice the subtle differences in design.

Almost all the gold remains intact, and still very thickly applied. There are some minor touch-ups on the gold, see photos. The work is a lot finer and more creative than what is usually encountered on this type of hilt. 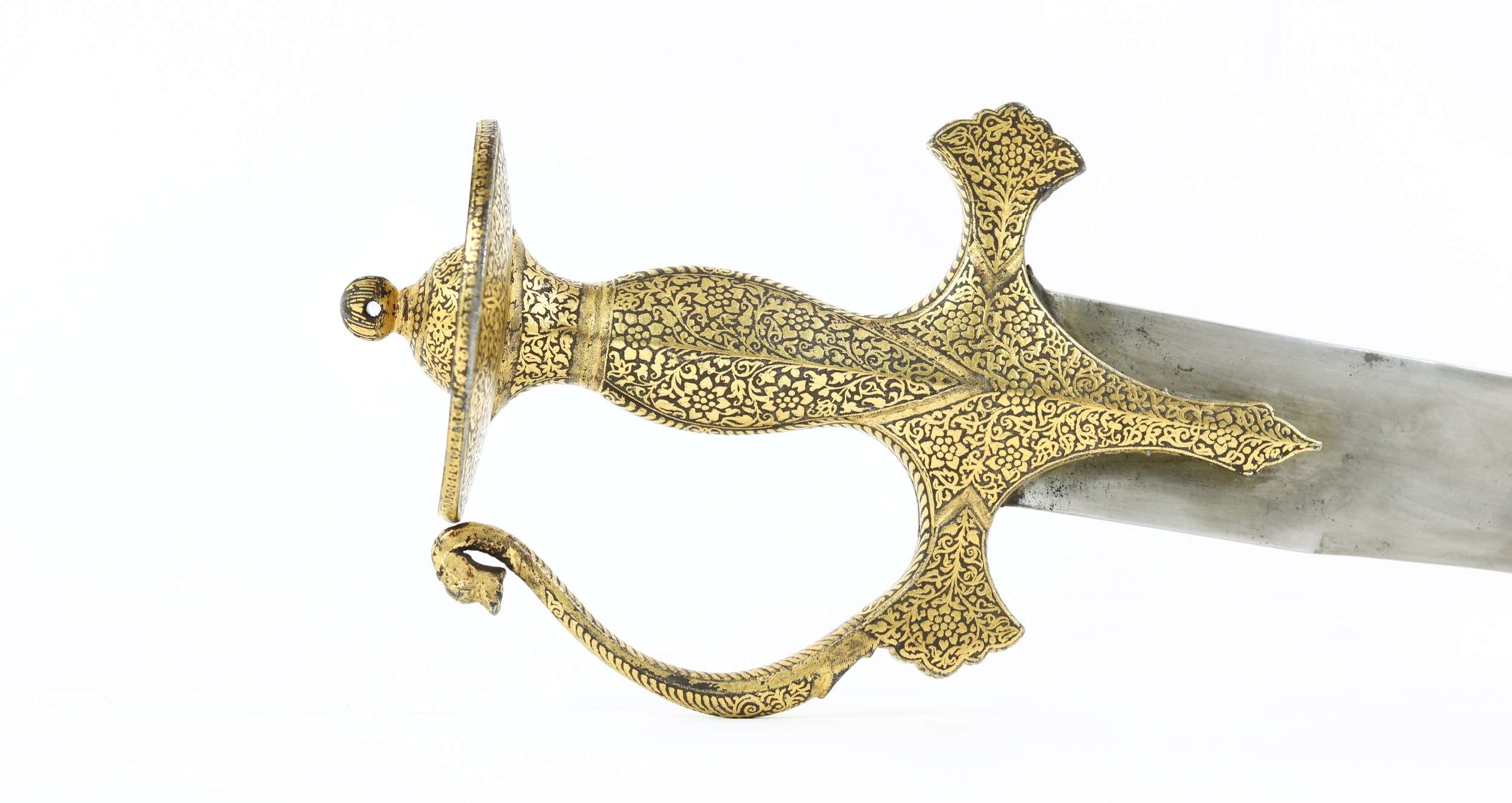 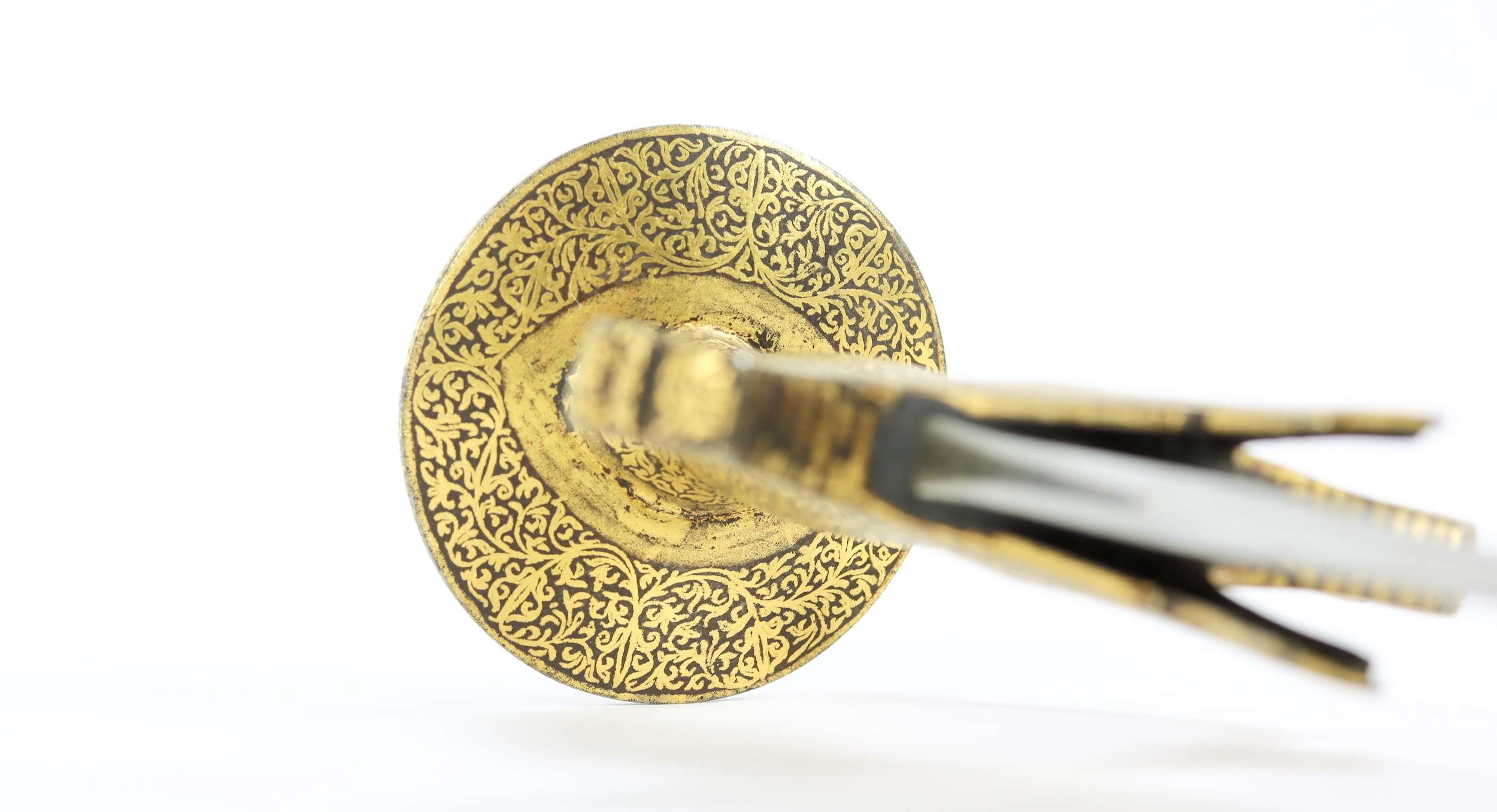 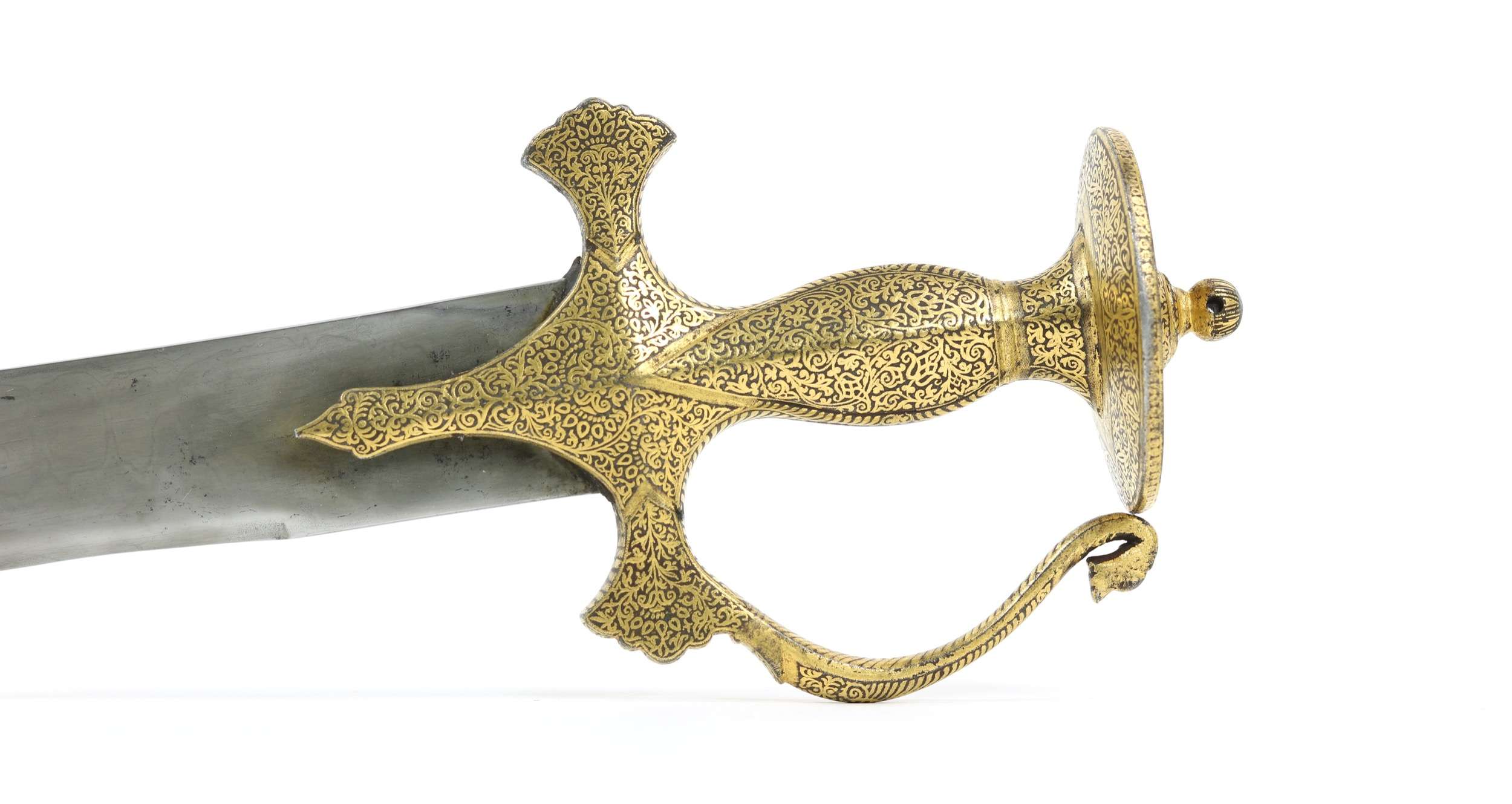 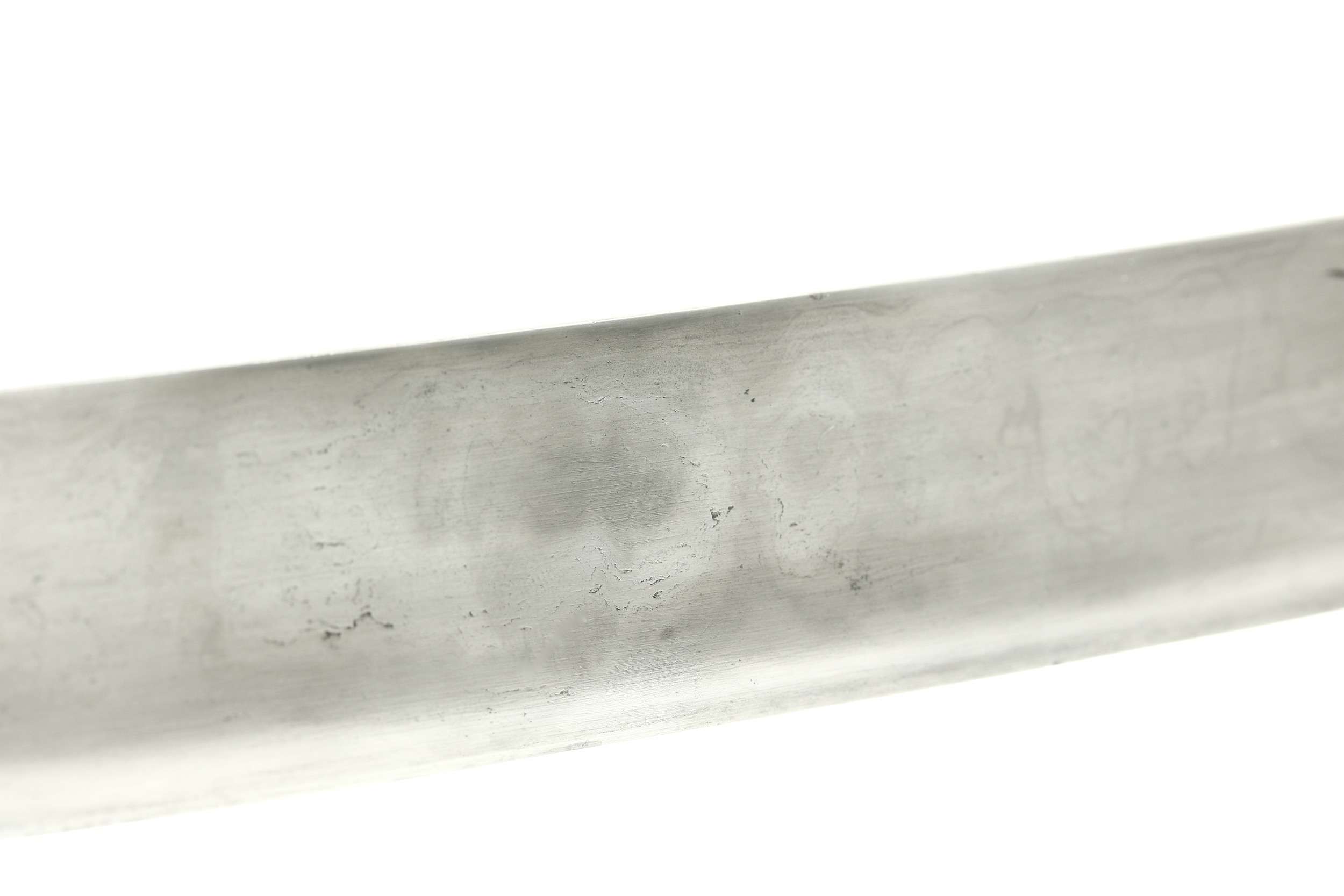 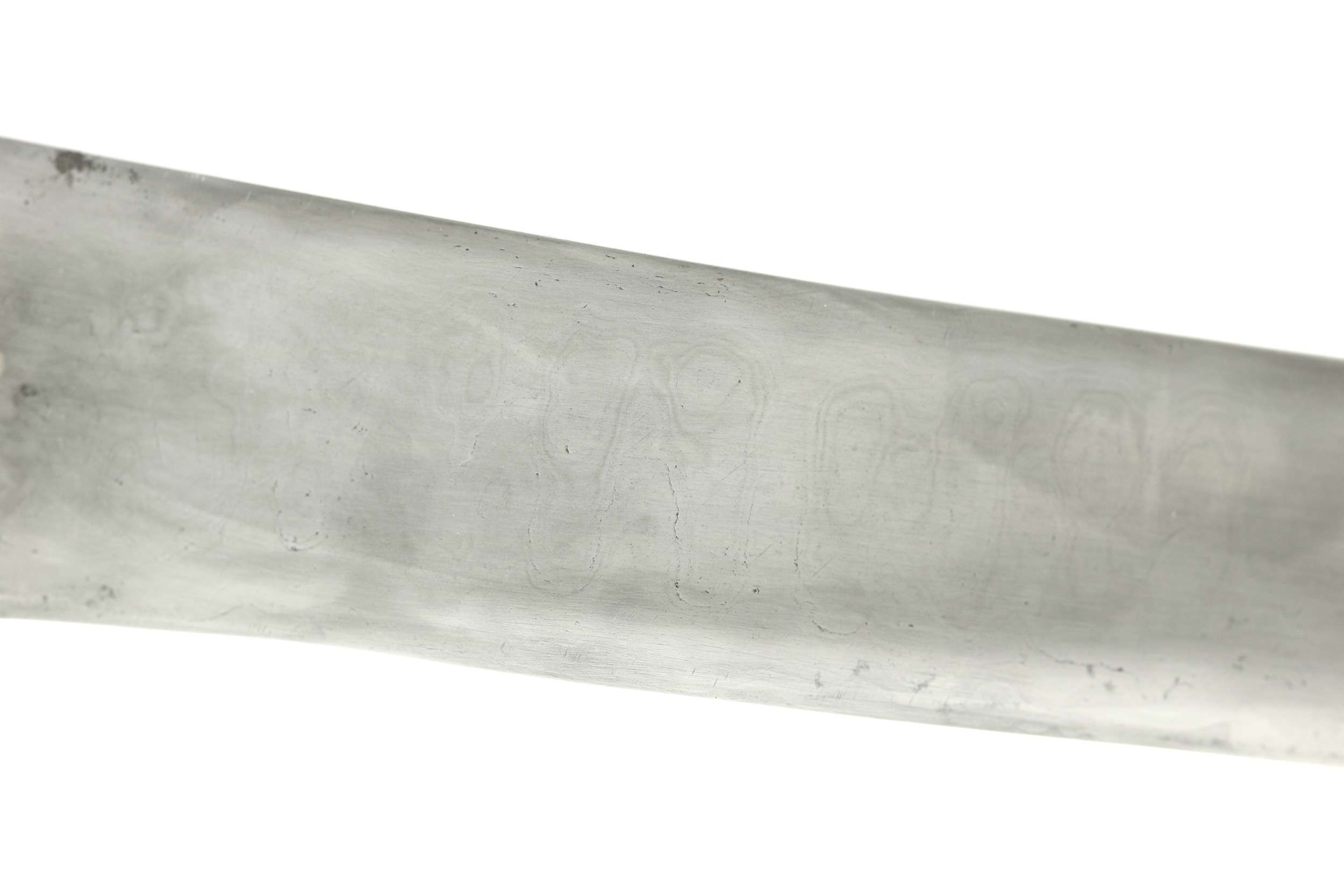 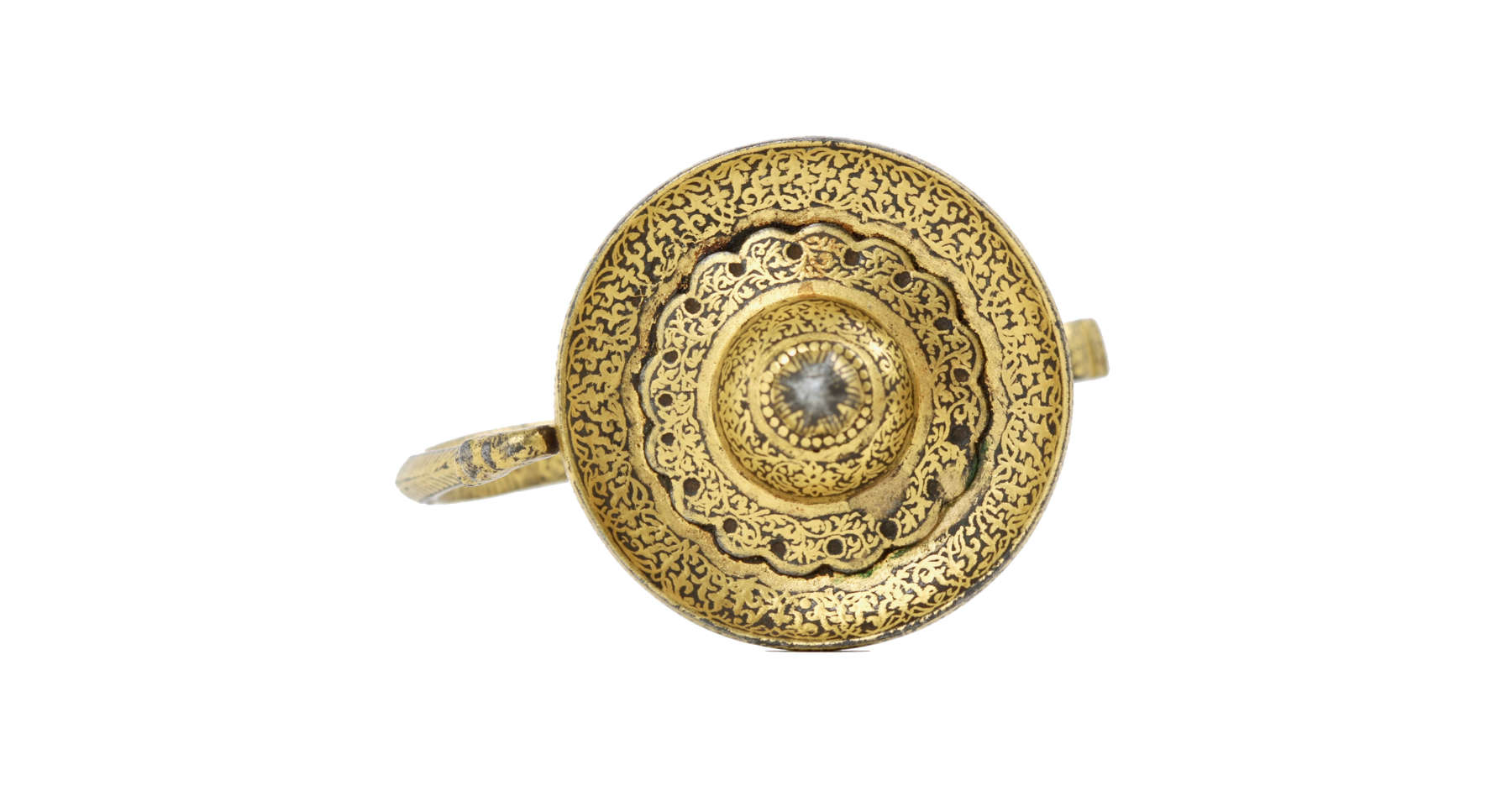