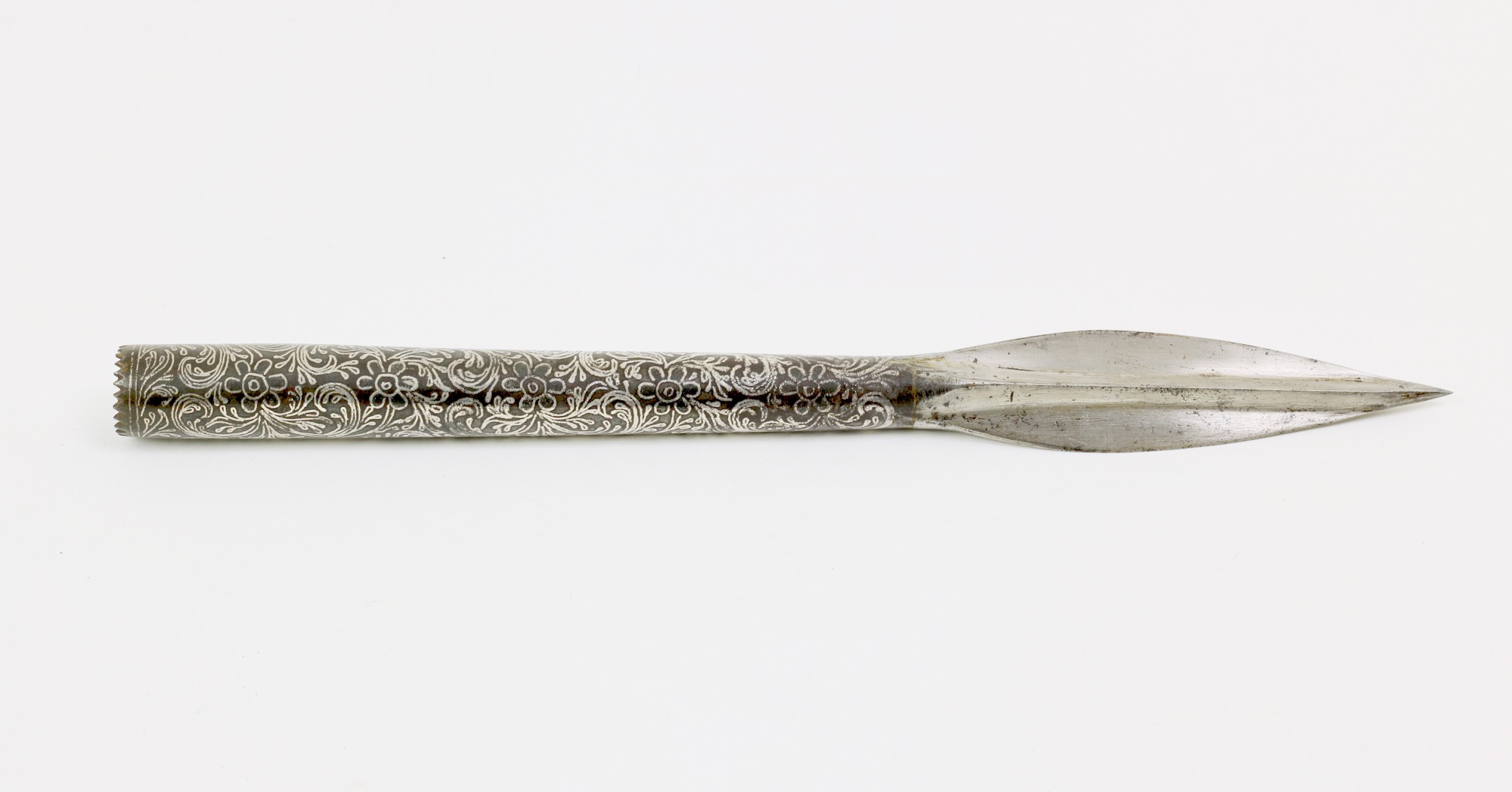 It has a leaf-shaped blade with strong ribbed feature on either side. The very point has four strongly defined facets, like like an elongated bodkin arrowhead. Some signs here and there of the head being forge folded. It is attached by means of welding and brass soldering to a long iron socket that gradually widens towards the opening. The opening itself is serrated.

The socket is decorated in its entirety with repeating motifs of flowers and swirling floral designs. The work is executed in silver overlay, standing out in high contrast over a blackened iron background.

A number of Indian javelin heads were presented to Albert Edward Prince of Wales, the eldest son of Queen Victoria, (later to become King Edward VII) during his Indian tour of 1875-1876. They are now in the Ballroom of Sandringham House. They are of remarkably similar style, but with shorter sockets and not decorated: This spearhead (far right) superimposed on an image of the spearheads in the Royal Collection.
See Inventory Number RCIN 38102.

These three are believed to be made by the celebrated knife and spearhead maker Arnachellum, working in Salem, Tamil Nadu, India. Arnachellum was active from the mid to late 19th century and also made bowie knives for the British who used them as hunting knives.

A nice example of an Indian javelin head, of a type that is nearly identical to a set of three that was presented to the Prince of Wales during his Indian tour. Nice complex geometry on the very tip. The solid base is rectangular in cross-section, placed diagonally.
It's fin-like blades protrude from two of its corners. The work is rather precise.