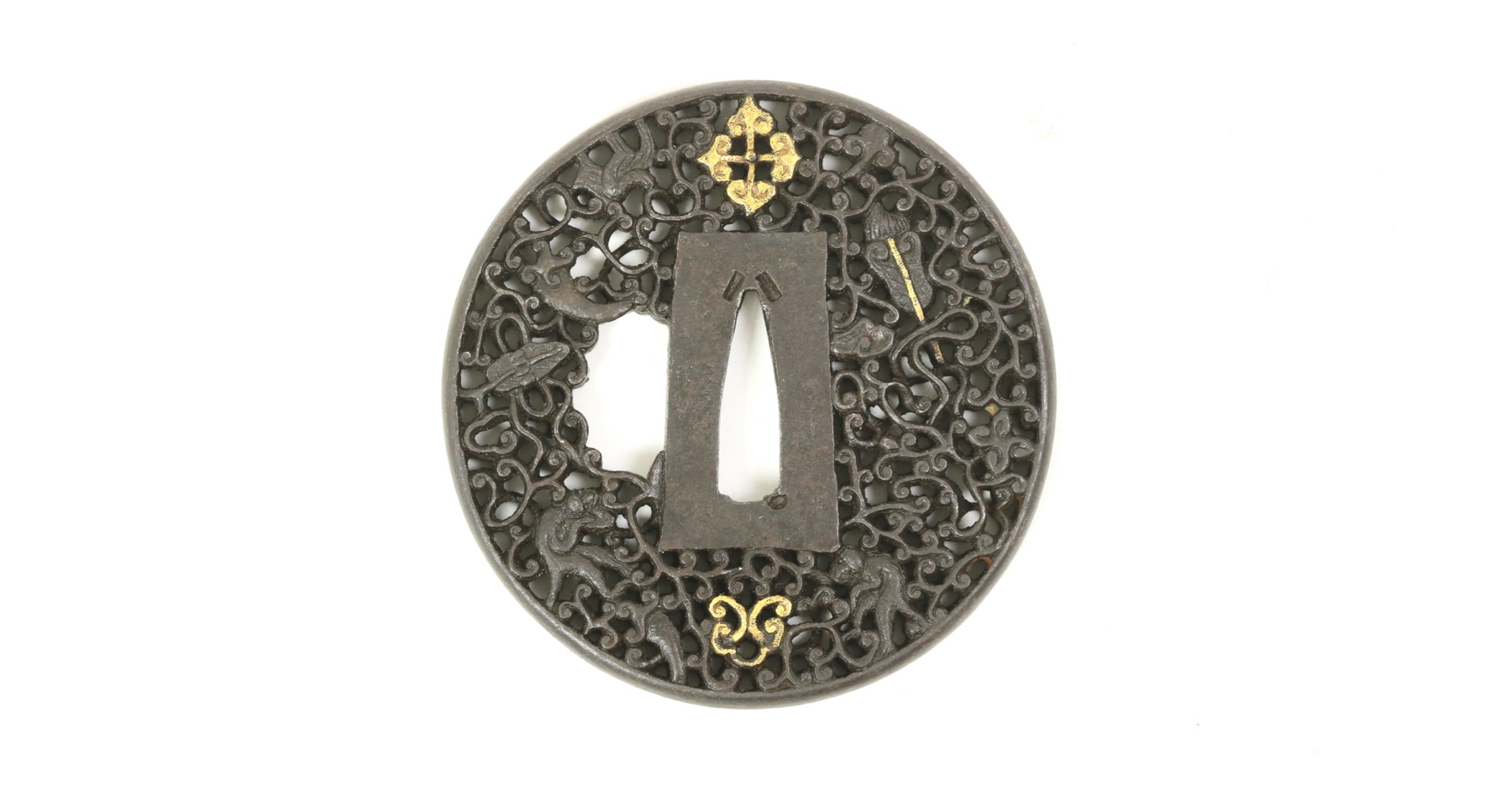 A very fine Japanese tsuba in the nanban style, carrying the cross of the Portuguese House of Aviz.

It is semi-circular with a smooth rim. The washer seat (seppa-dai) is rectangular in following of this feature on Chinese swords of the late 16th to 18th centuries. The decoration consists of a fine mesh of tendrils, some of them undercut, the whole being much finer and more complex than most work in this style. There is one aperture called kozuka-hitsu-ana, meant for the handle of a by-knife.

It carries an old inventory number on the inside of the tang aperture, "168" lacquered in red.

Within this fine work of iron scrolling vines are a number of decorative elements. The most prominent is in the center top, highlighted in gold damascening: The cross of Aviz. Symbol of the Order of Aviz, and the House of Aviz, who ruled Portugal between 1385 – 1580.

Center bottom is a stylized Chinese cloud, probably referring to the lingzhi fungus, a prized symbol of longevity in Chinese culture.

Other elements include two monkeys, two rhinoceros horns, a leaf, a bird, another lingzhi, and a fan. The Rhinoceros horns symbolize wealth. They were also thought to be a remedy against poison.

The fan symbolizes Zhongli Quan (鍾離權), the patron of military men and leader of the Daoist Eight Immortals. He was a mythical figure that was said to have been a general around the Han dynasty. According to legend, he was the swordsmanship teacher of Lü Dongbin, a Tang poet and scholar who was to become one of the Daoist immortals and patron of scholars.

There are strong parallels in symbolism to the chiseled iron decoration on a Ming dynasty sword I sold earlier.

Although unsigned, the work and especially the style and workmanship of the monkeys reminds of work done in the 18th century by Yagami of Hizen. This school is perhaps best known for their Thousand Monkeys designs. Some examples:

Walters Art Collection.
Metropolitan Museum.
And probably the best is in the Boston Museum of Fine Arts.

Compare the monkeys of the Bostom Museum Piece, with their highlighted eyes and carved fur, to the monkey on this piece:

The style and workmanship seem to point towards the 18th century, but we do know that complex openwork like this was already done in China in the 16th century. The House of Aviz ruled until 1580. The piece is either an unusually early example of this type of work done in Japan, or a later work that for some reason incorporated a Portuguese symbol after the Portuguese left Japan.

Many Japanese converted to Christianity after the first arrival of the Portuguese in the 16th century, but the religion soon got outlawed and punishable by death. As a result many Japanese Christians either went underground, or fled Japan in order to settle throughout Southeast Asia. There were still sizeable communities of Japanese in Portuguese settlements like Macau.

A very fine example of a Japanese-made nanban tsuba combines a reference to Portuguese presence in Asia with technical excellence in manufacture.

This piece was probably made for either an underground Japanese Christian or a Japanese living abroad in one of the European settlements throughout Southeast Asia. 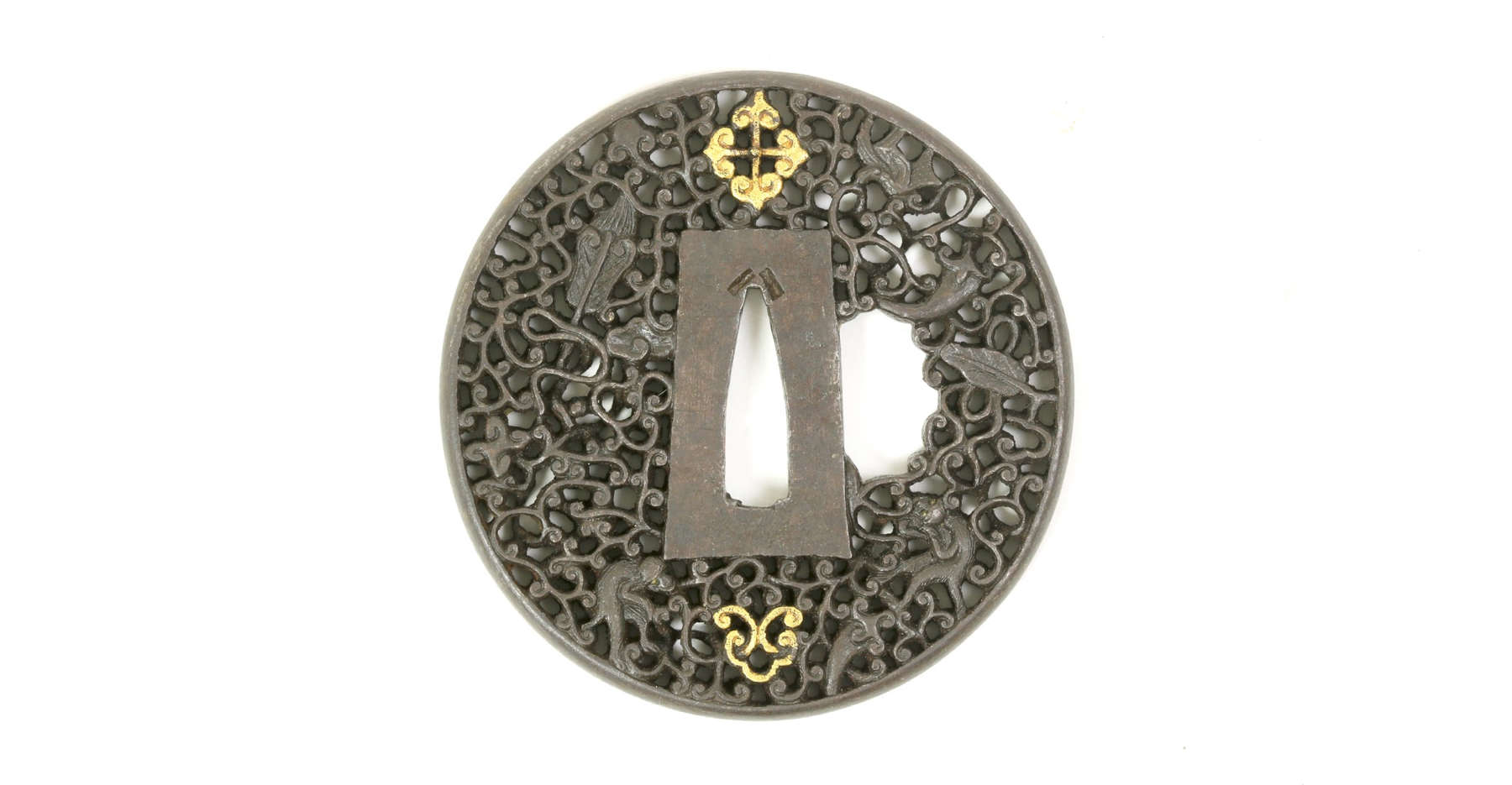 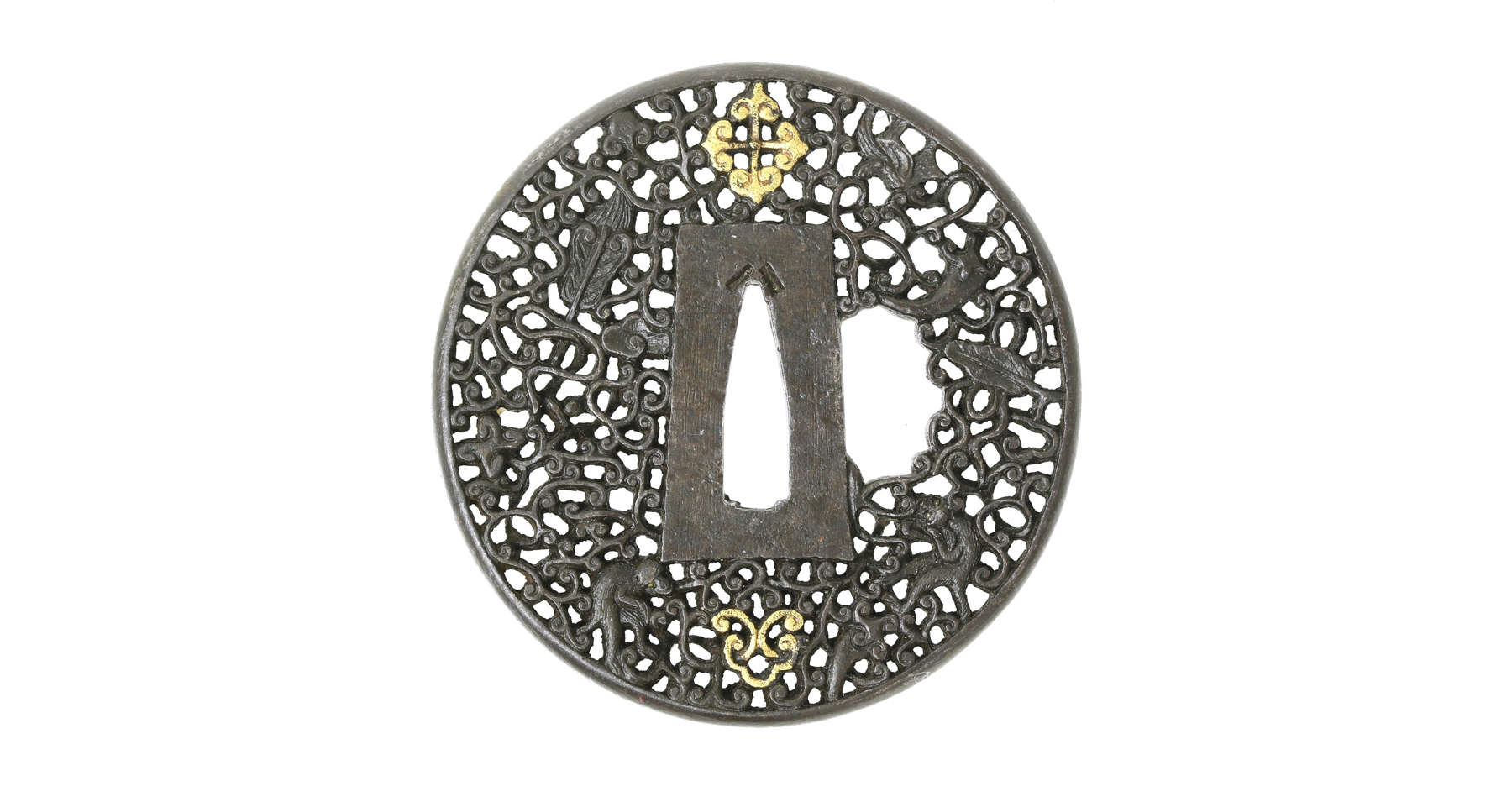 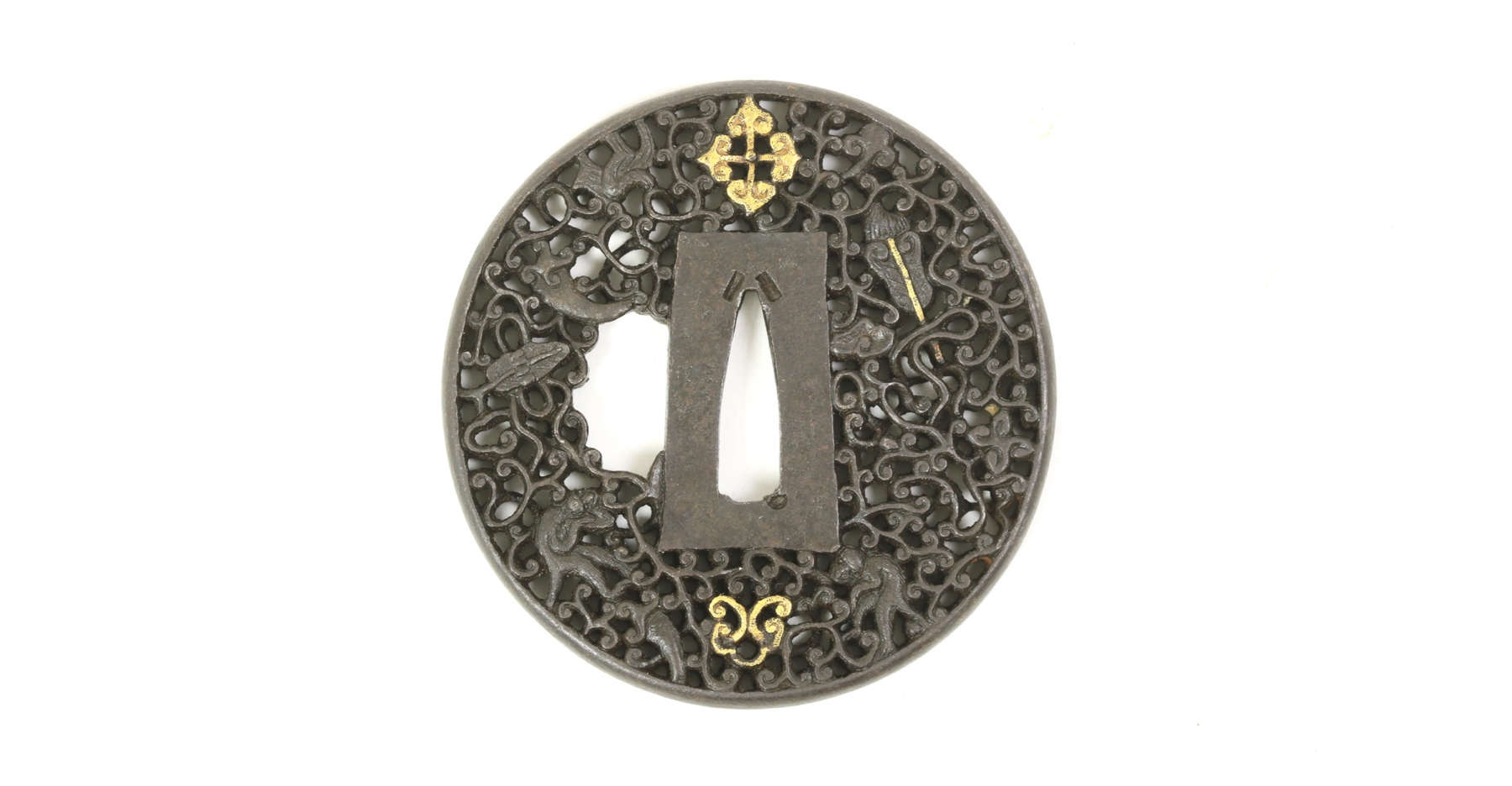 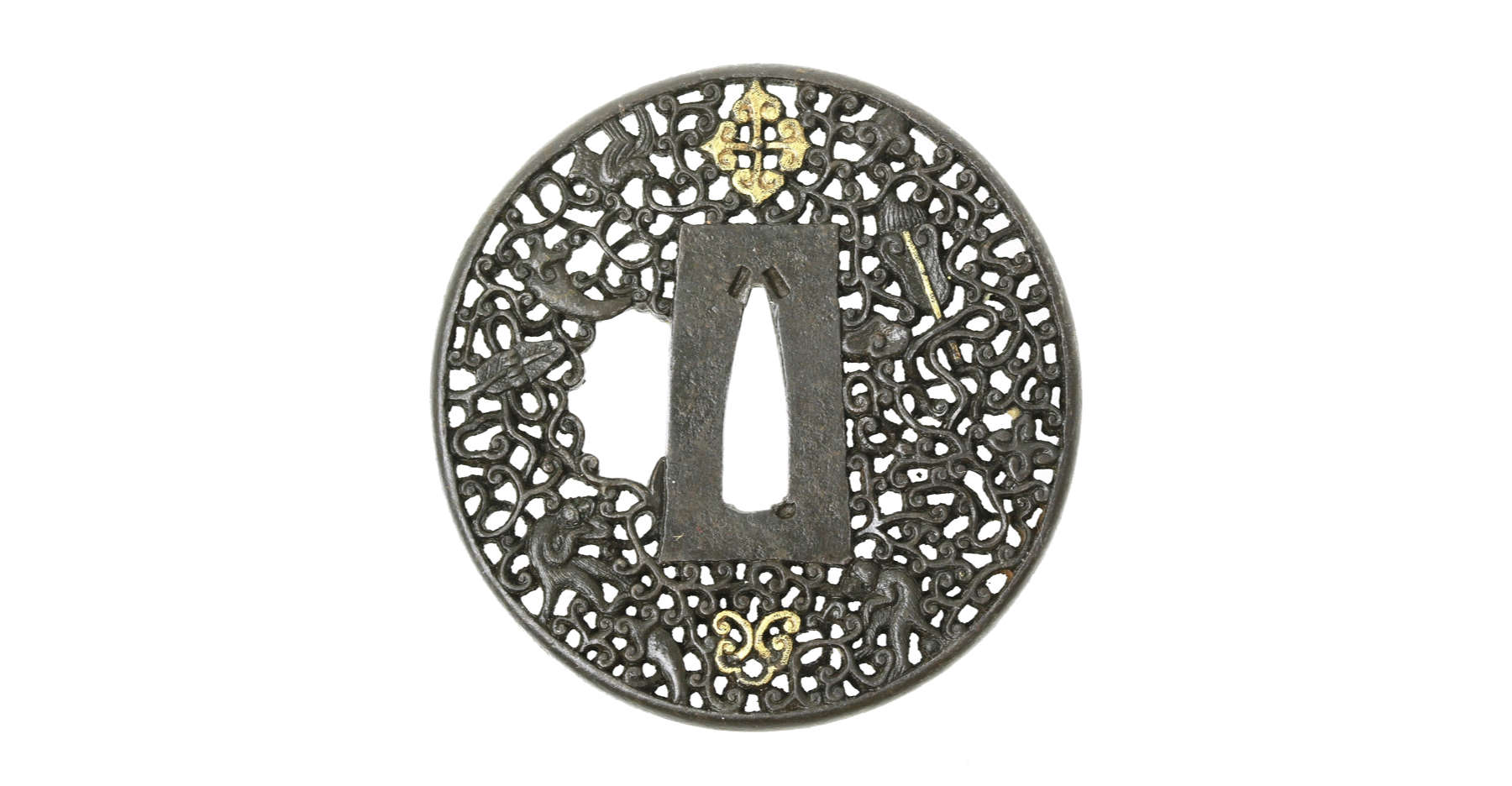 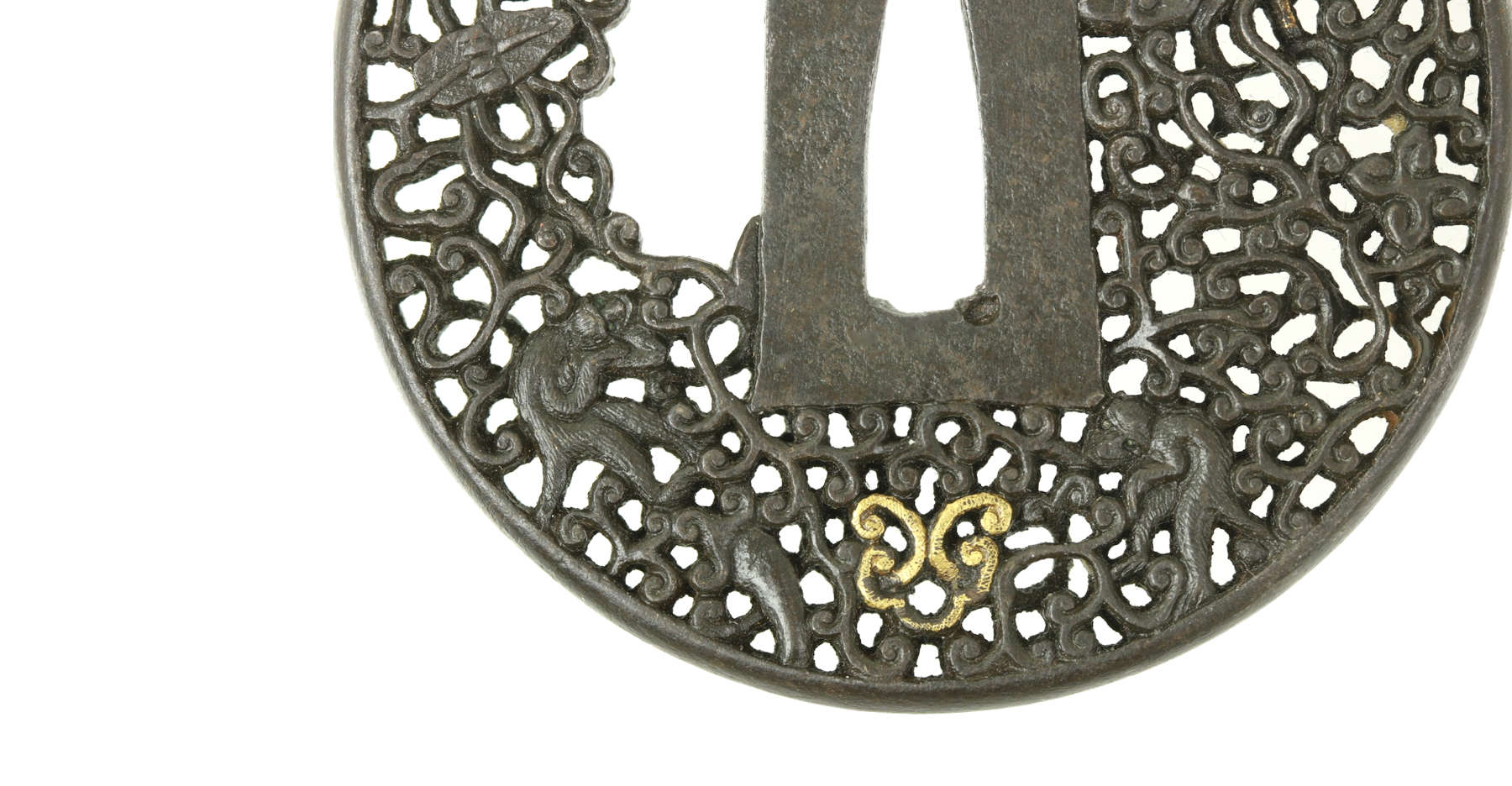 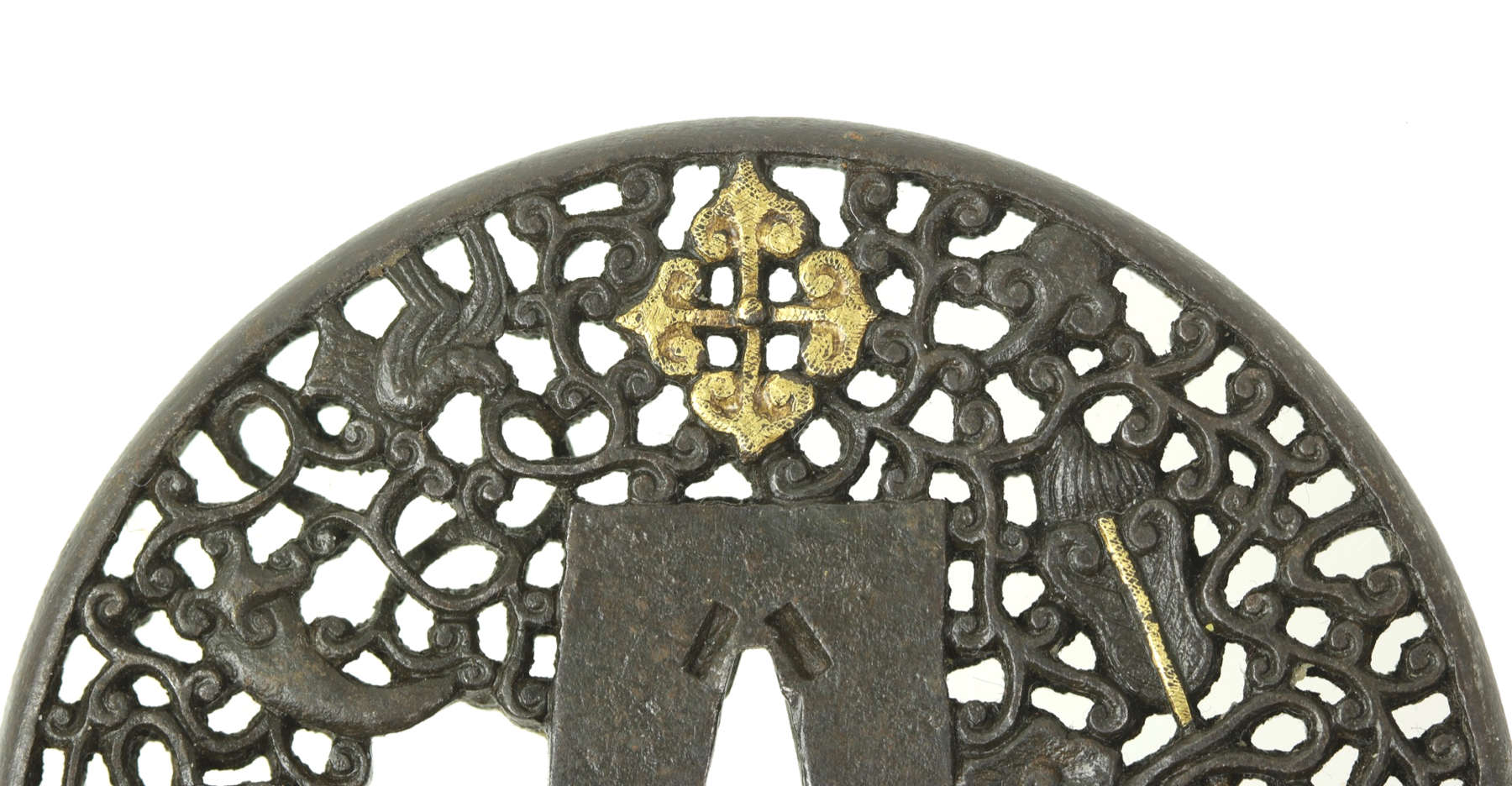 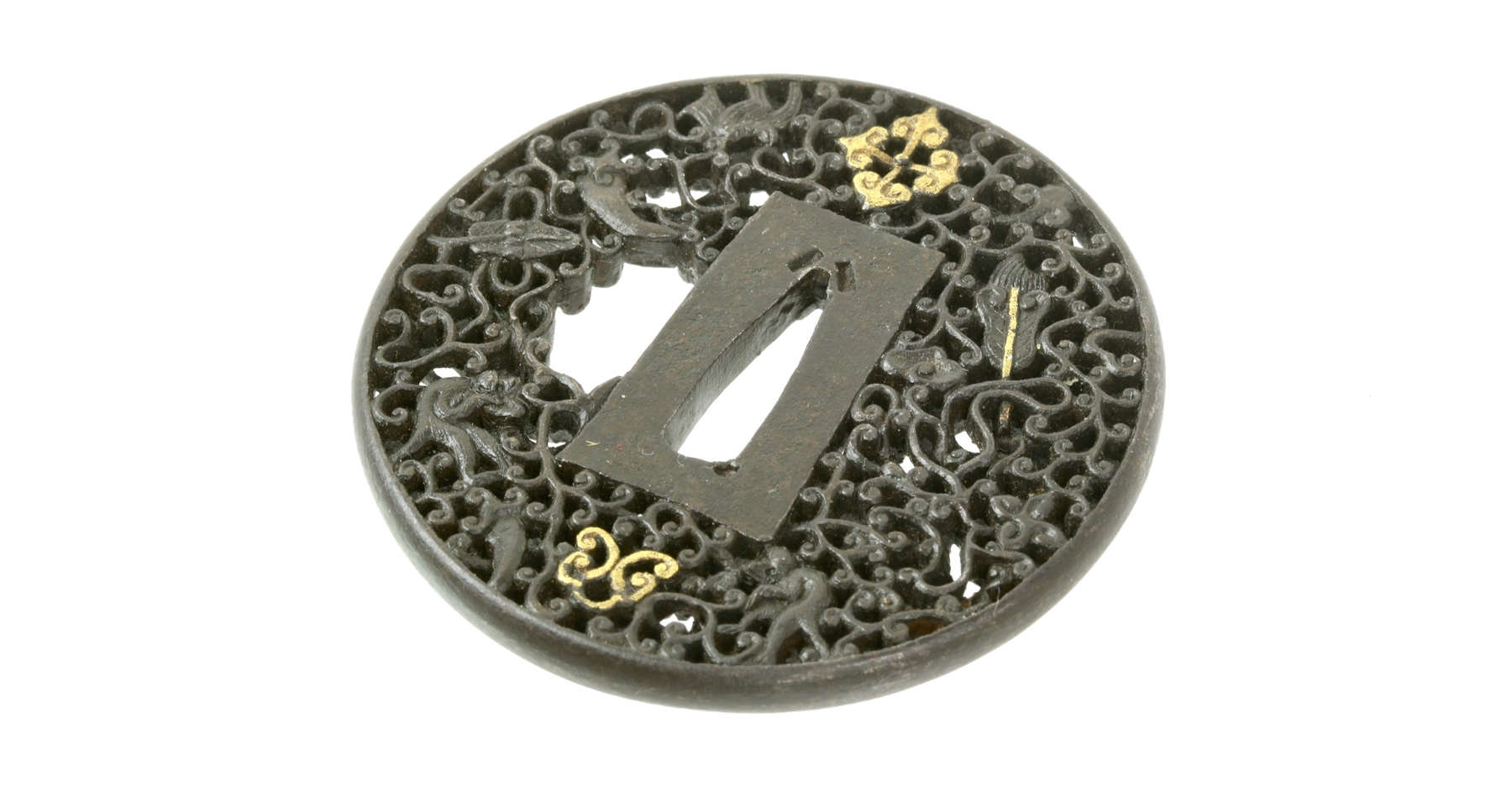 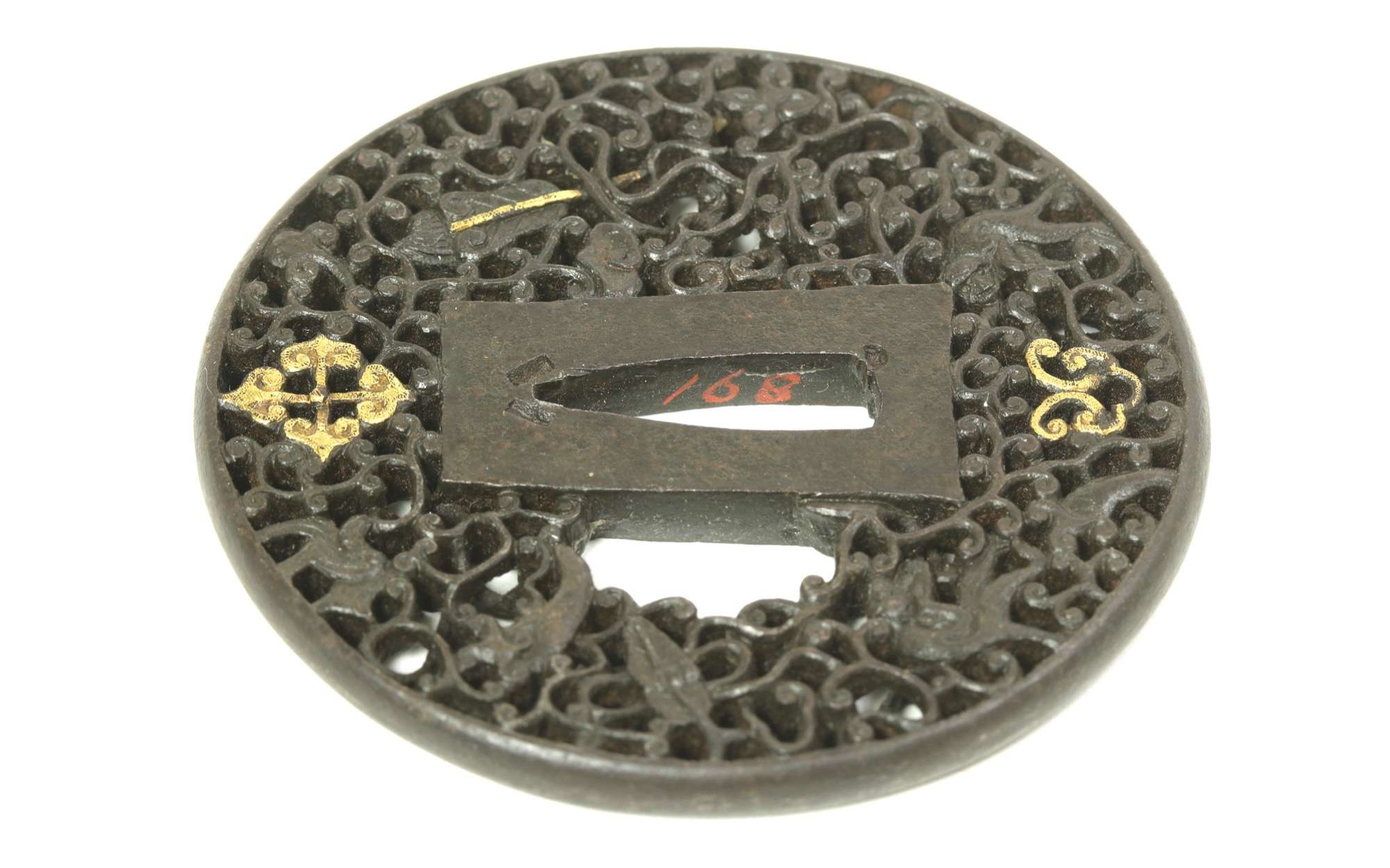 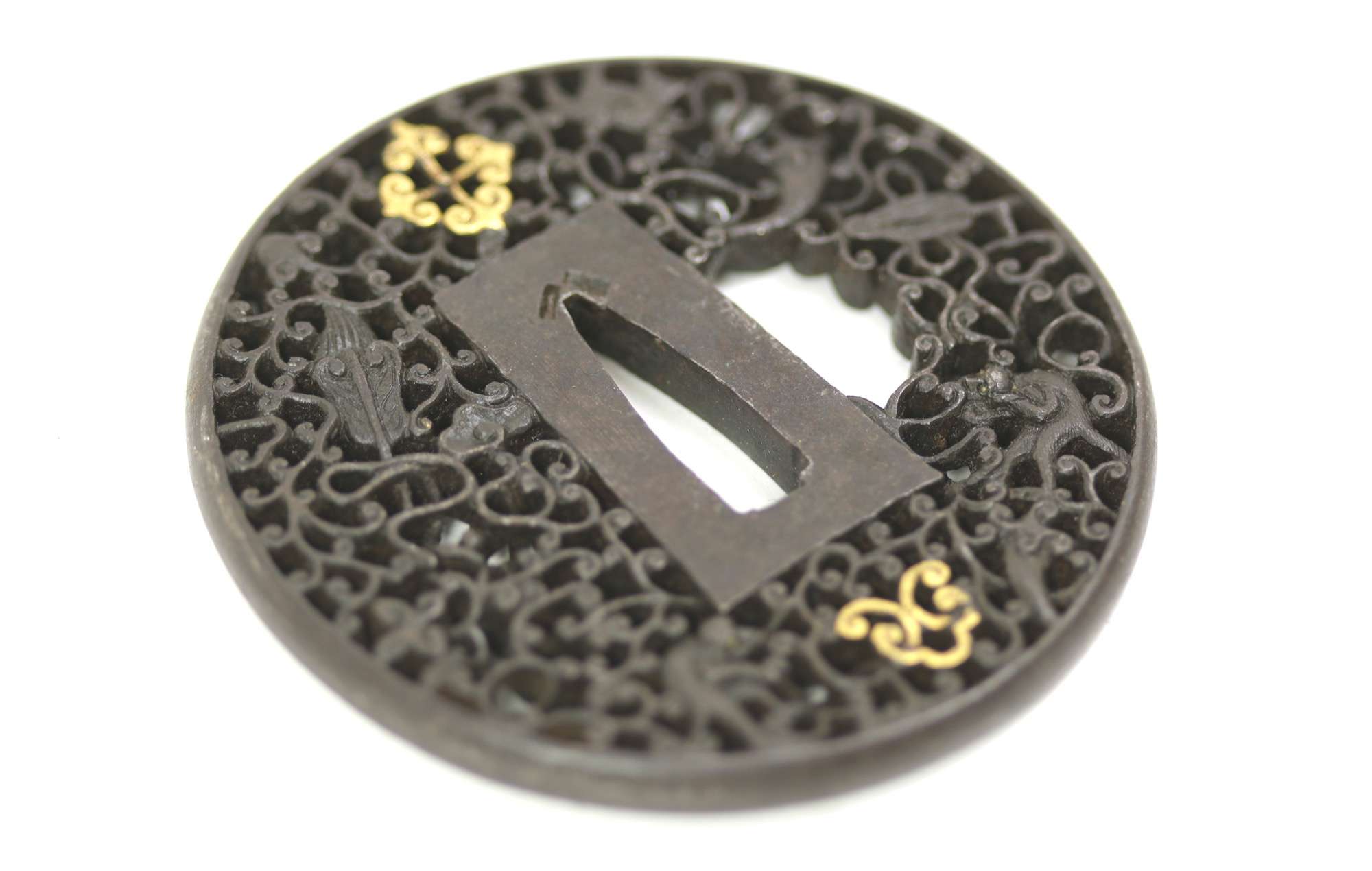