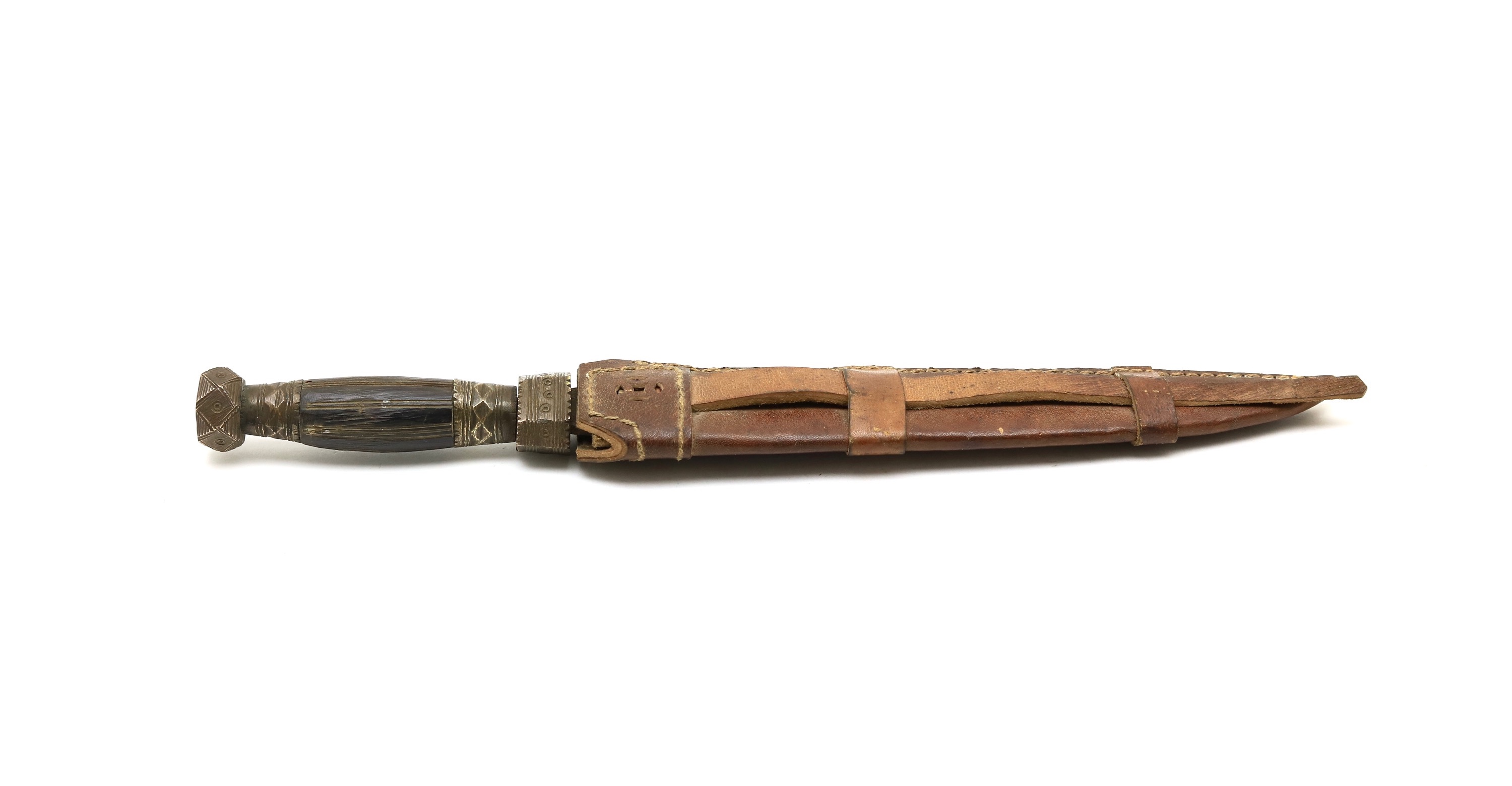 Several variations of fighting knives like this with pigskin scabbards were in use all over southern China. Some of the most famous types among collectors and martial artists are the húdiédāo (蝴蝶刀) that still remain in use in Southern martial arts.

Among antiques, we also frequently encounter a smaller type dagger, usually carried along in its scabbard although double variations of this knife are also known. Many of these knives turn up in France, some with provenance to French troops serving in Indochina in the late 19th century. Some were said to be taken from the Black Flags after battles like the Siege of Tuyên Quang in 1884-1885. The Black flags were mostly composed of people from the Zhuang ethnic minority.

A rather nice example with a very thick and wide single-edged blade that suddenly tapers to a very sharp point in the last section of the blade.

It has a small hexagonal guard with filed and drilled decoration of lines and circles, and two ferrules with ornamental facetted bands. The grip is made of polished water buffalo horn with longitudinal grooves for extra grip. The polyhedral pommel has each facet decorated with engraved stripes and circles.

In many ways, this seems like a typical example of a Chinese fighting knife. But subtleties in its manufacturing point towards northern Vietnam instead. It is mainly in the profile of the blade that reminds strongly of Vietnamese and Khmer pole-arms. Also, the type of decoration done on guard and pommel is more typical for Yunnanese ethnic minorities and people of Vietnam than they are for Chinese work. Chinese examples tend to have more angular profiled blades and often mounts that remain undecorated.

In "as found" condition, still very sharp. blade in near excellent condition. Comes with its original pigskin scabbard.