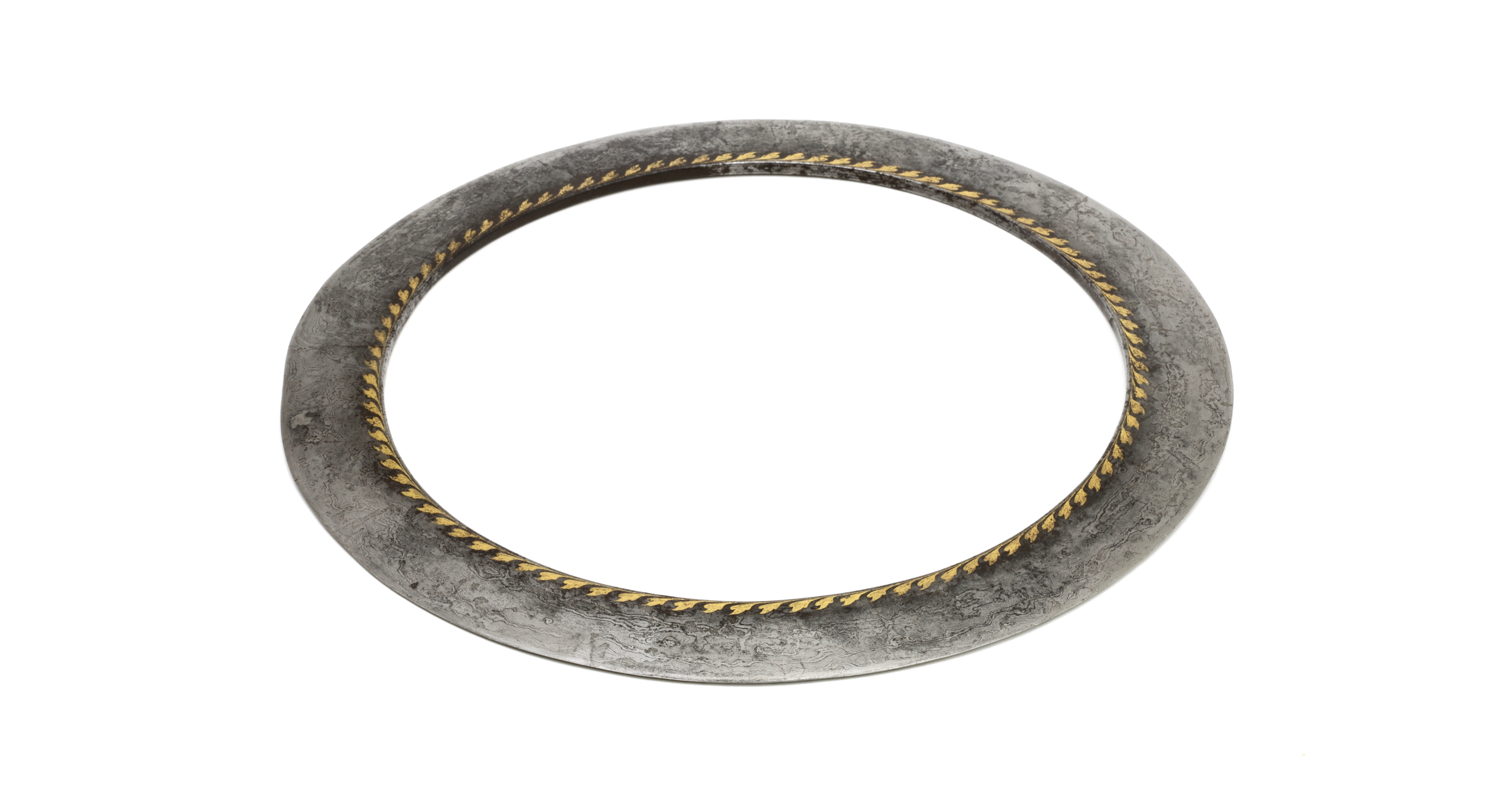 From a British private collector

The chakram is a metal disc with a sharpened edge, used as a melee weapon but most famously used for throwing. Already mentioned in the 5th century B.C. epics Mahabharata and Ramayana where it is the weapon of Vishnu. In art, Vishnu is often depicted with one spinning around the finger of his right rear arm.

In the later period, it became primarily associated with the Sikhs who are often depicted with them around their turban. As a type, old chakram are not that rare on the market but the vast majority of them are rather light pieces that appear to have been mainly worn as part of the Sikh's attire.

A different kind of chakram, this piece is heavy. Weighing just over half a kilo, when holding this piece the stories about flying chakram severing arms become more believable. It is forged of layered steel with a prominent pattern showing up on its surface. Around the inside of the rim are on both sides rows of golden leaves, finely damascened with gold.

A prominent lap weld shows on the underside, it is skilfully hidden on the top. Edge geometry is like that of a sword, and some areas of the edge have slight recesses where damage was polished out. This was a real user and probably saw use.

Comes with a custom stand to display it upright. 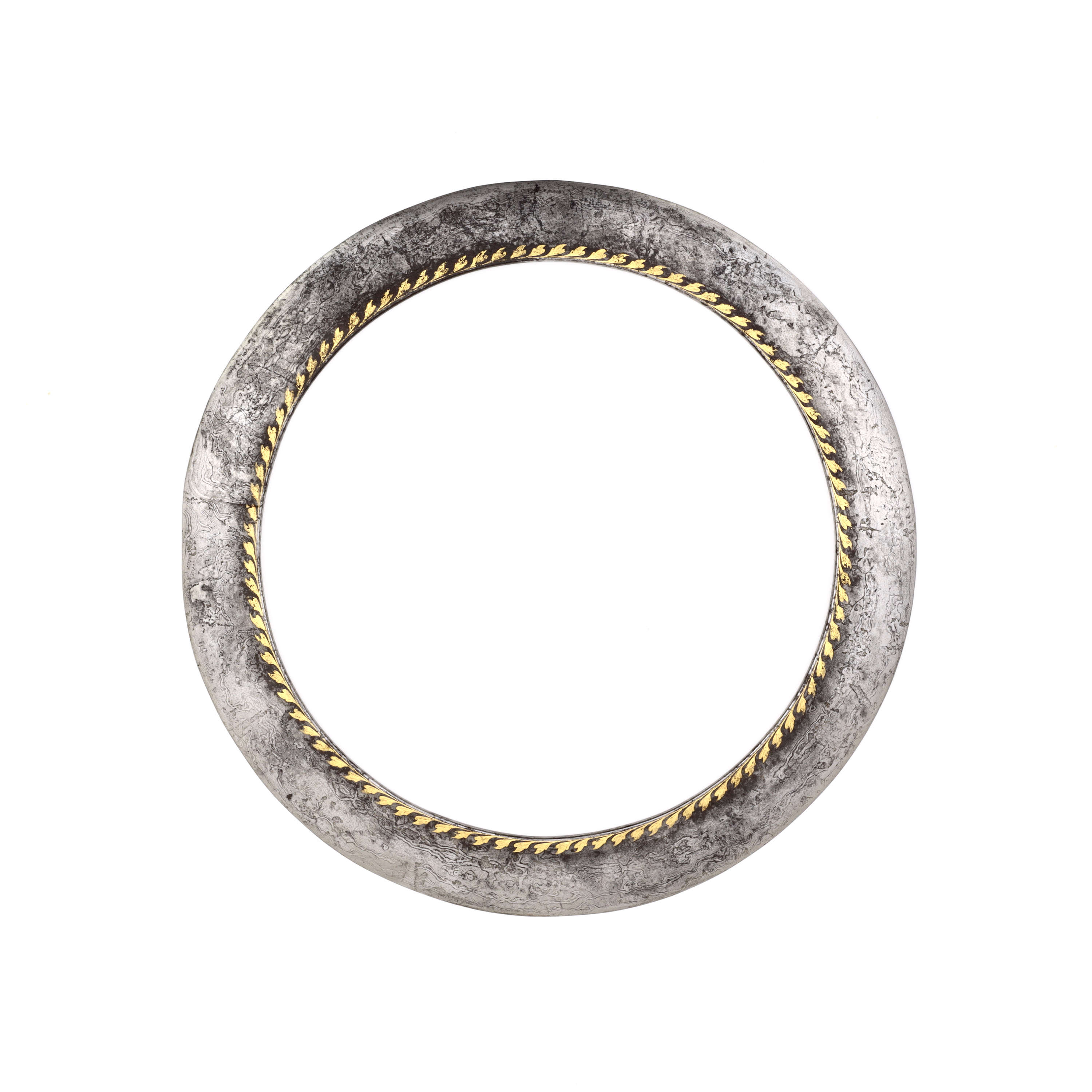 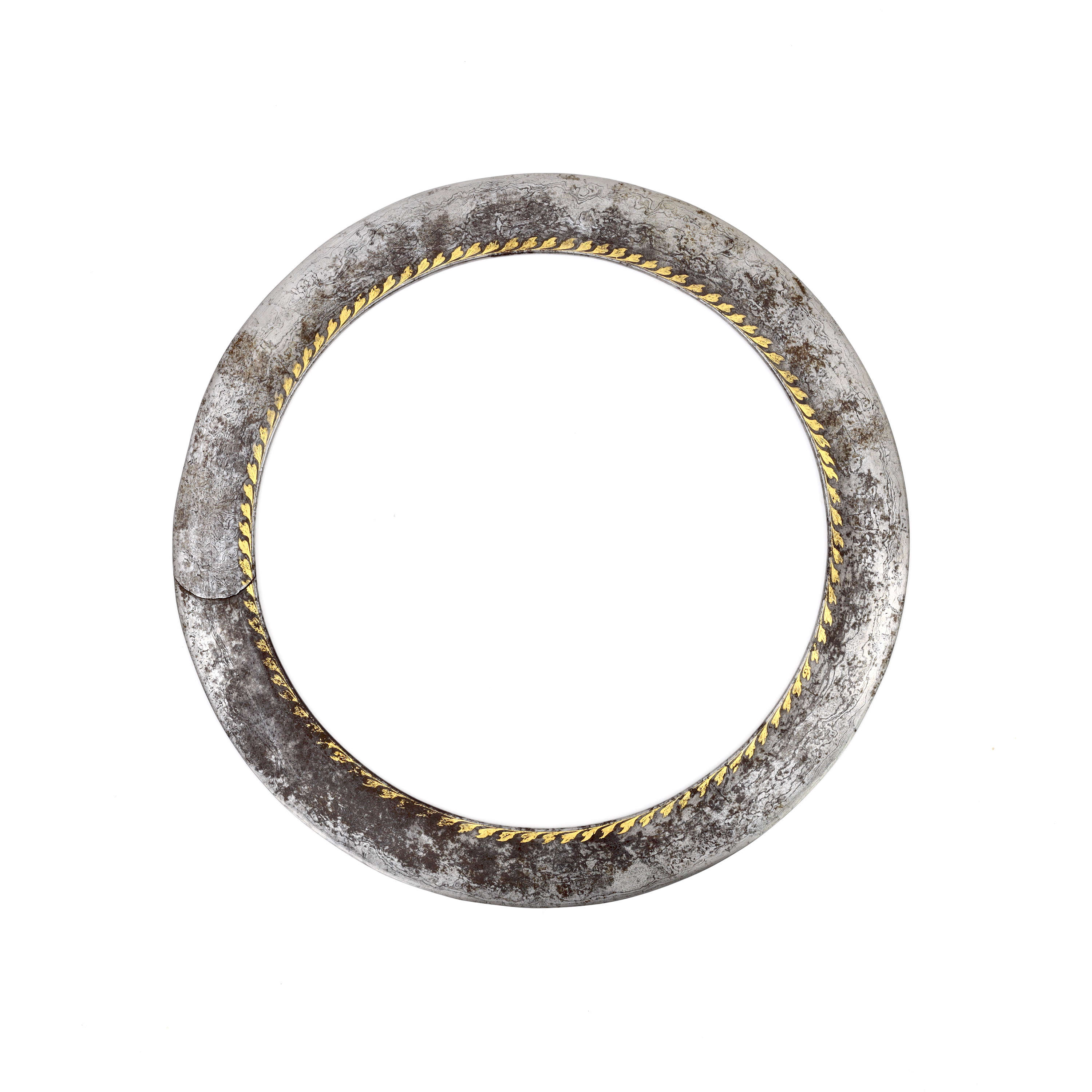 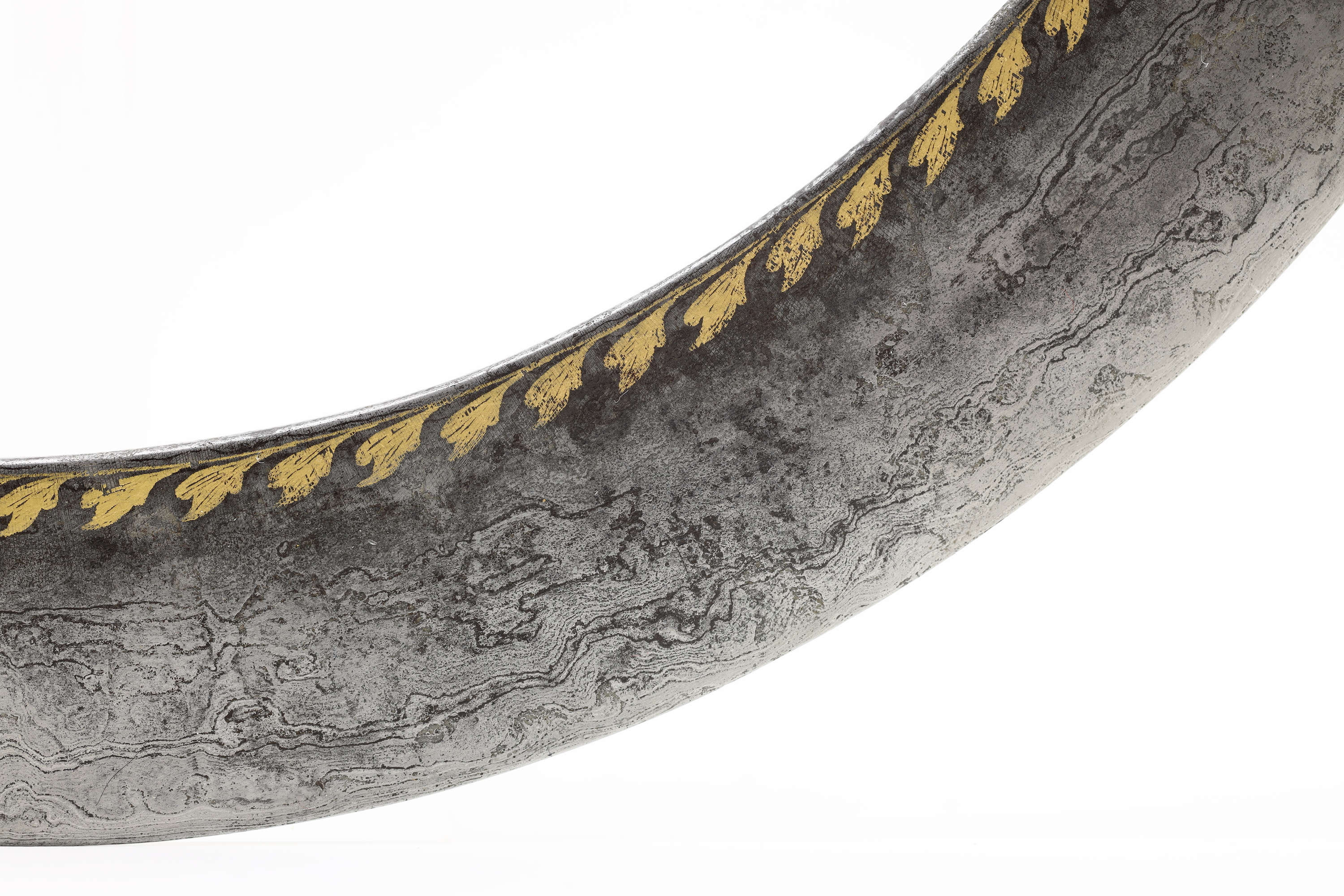 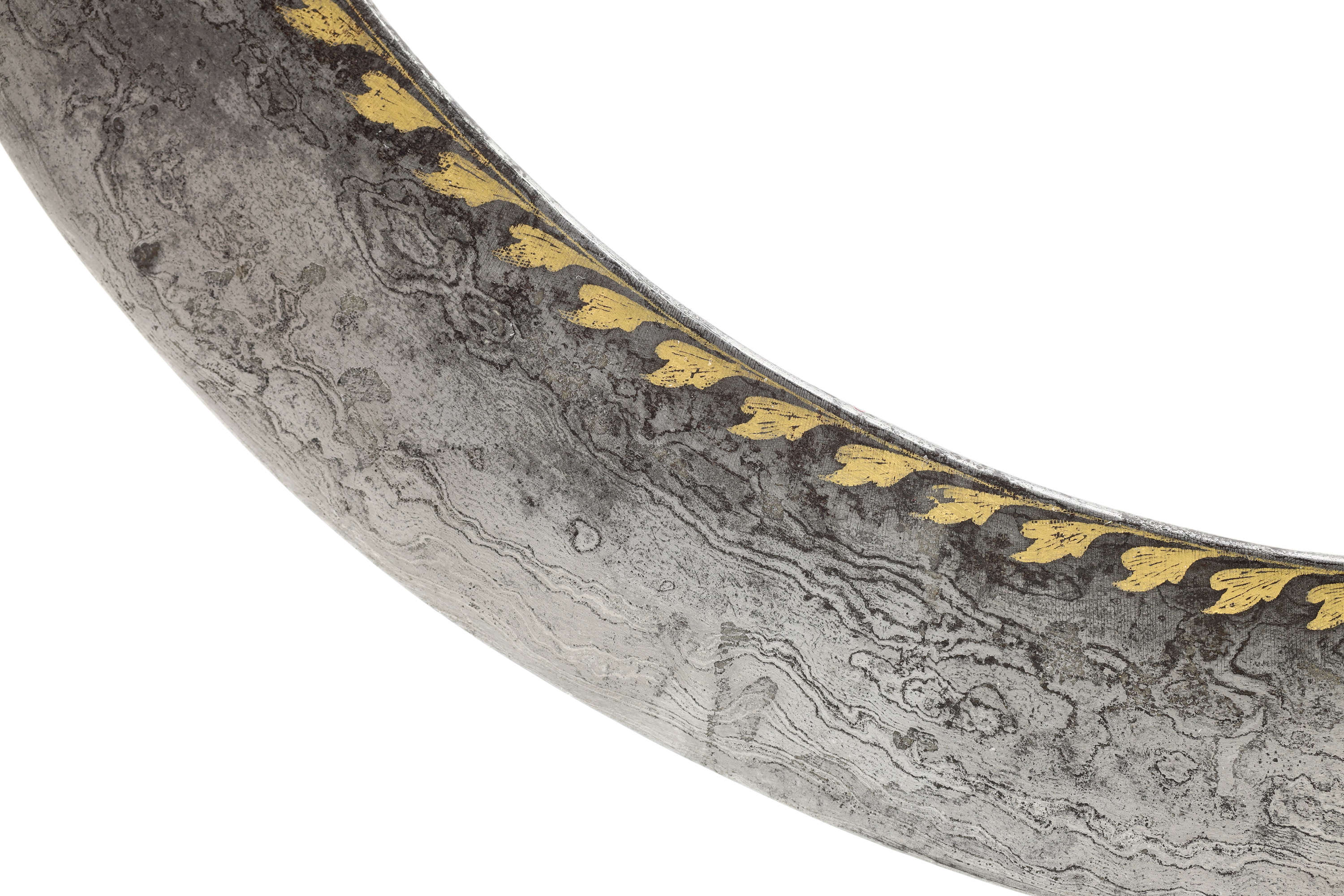 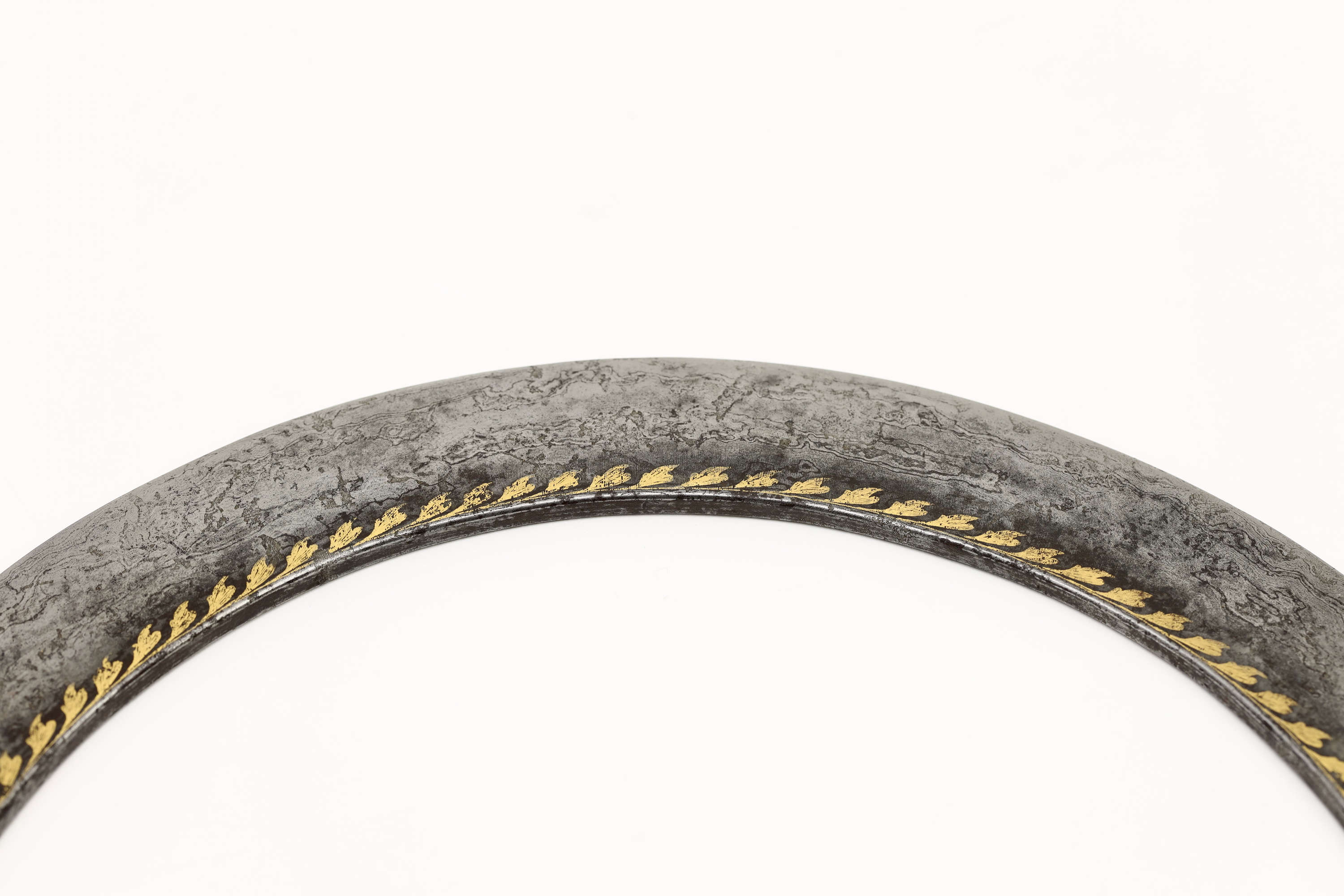 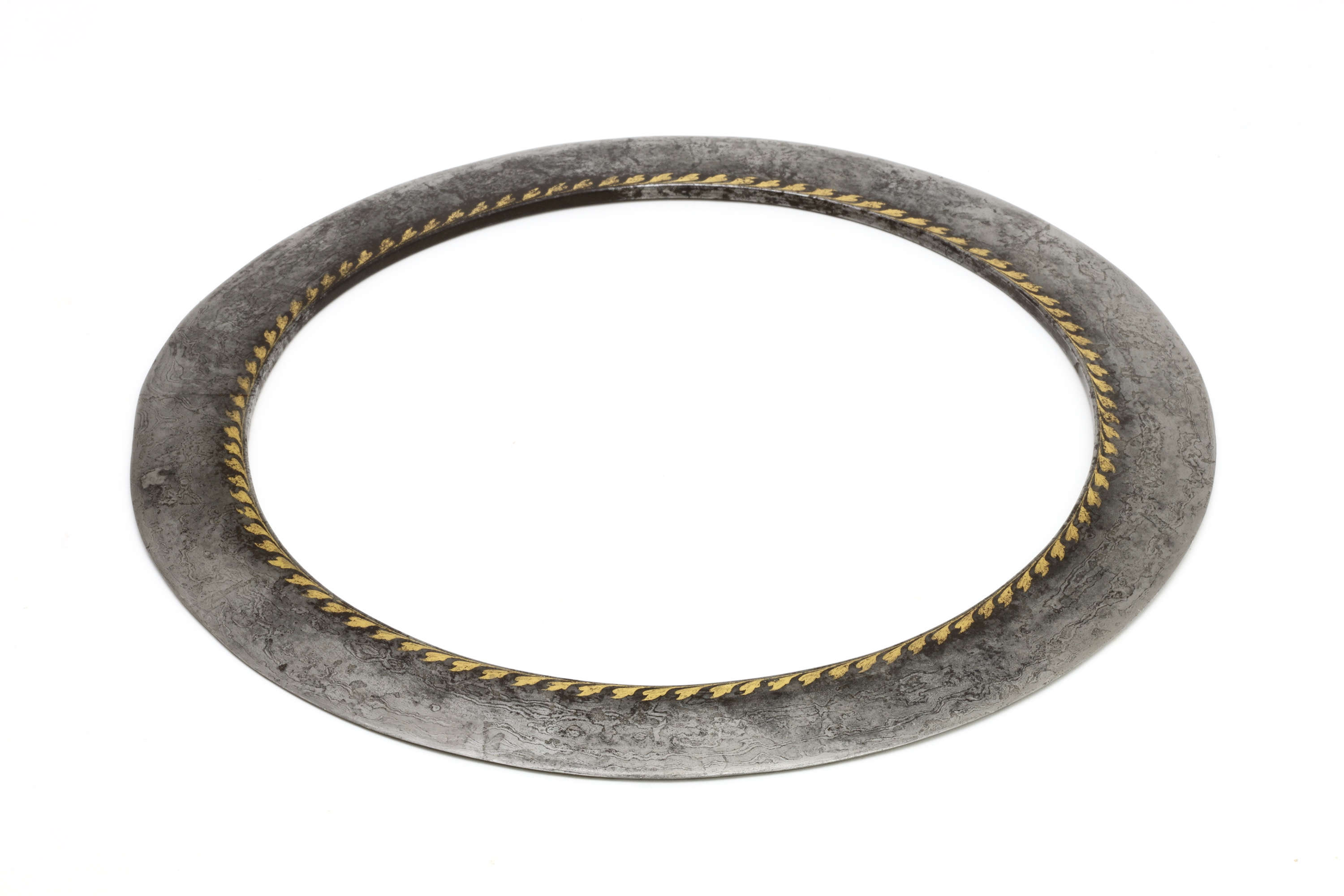