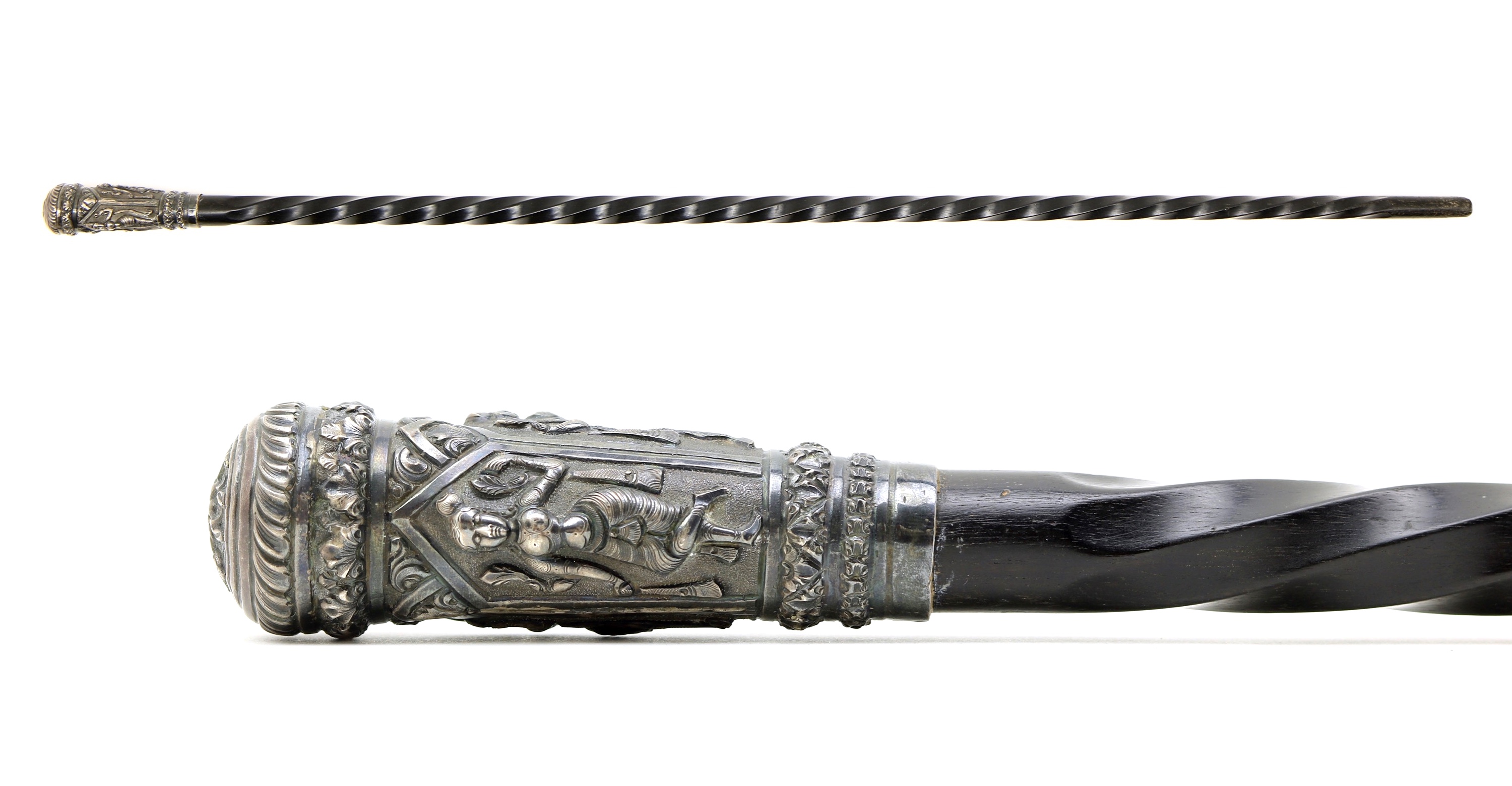 A beautiful walking stick, made of a piece of very dense black hardwood (probably Chinese zitan) that is carved in a spiral. It subtly tapers over its entire length, with each of its six facets being a slight hollow, raising the ridges, and narrowing as they reach the end. The work is very well done, and incredibly precise.

The knob is made of sheets of silver, worked in repousse, which were then soldered together. They show three female figures, I have yet been unable to identify them.

The very top is decorated with a plum blossom in a style reminiscent of Japanese work.

I had previously suspected the silverwork to be Burmese, but it turned out to be from the opposite coast of the Bay of Bengal. The work is from the south Indian coastal town of Madras, known today as Chennai and probably dating from the late 19th century.

Madras was an important trading outpost of the British East India Company, and later became the main administrative center for the British in South India.

Overall in good condition. Some minor chips to the wood, a larger piece missing at the very bottom. The silver is patinated to a blueish hue, with only some of the solder remaining a more bright silver. This will all polish up to a brighter silver, but as the local tradition is to let these items acquire a natural tarnish, I have not polished it in the European fashion.

I'm only selling it because I am not in need of a cane yet! 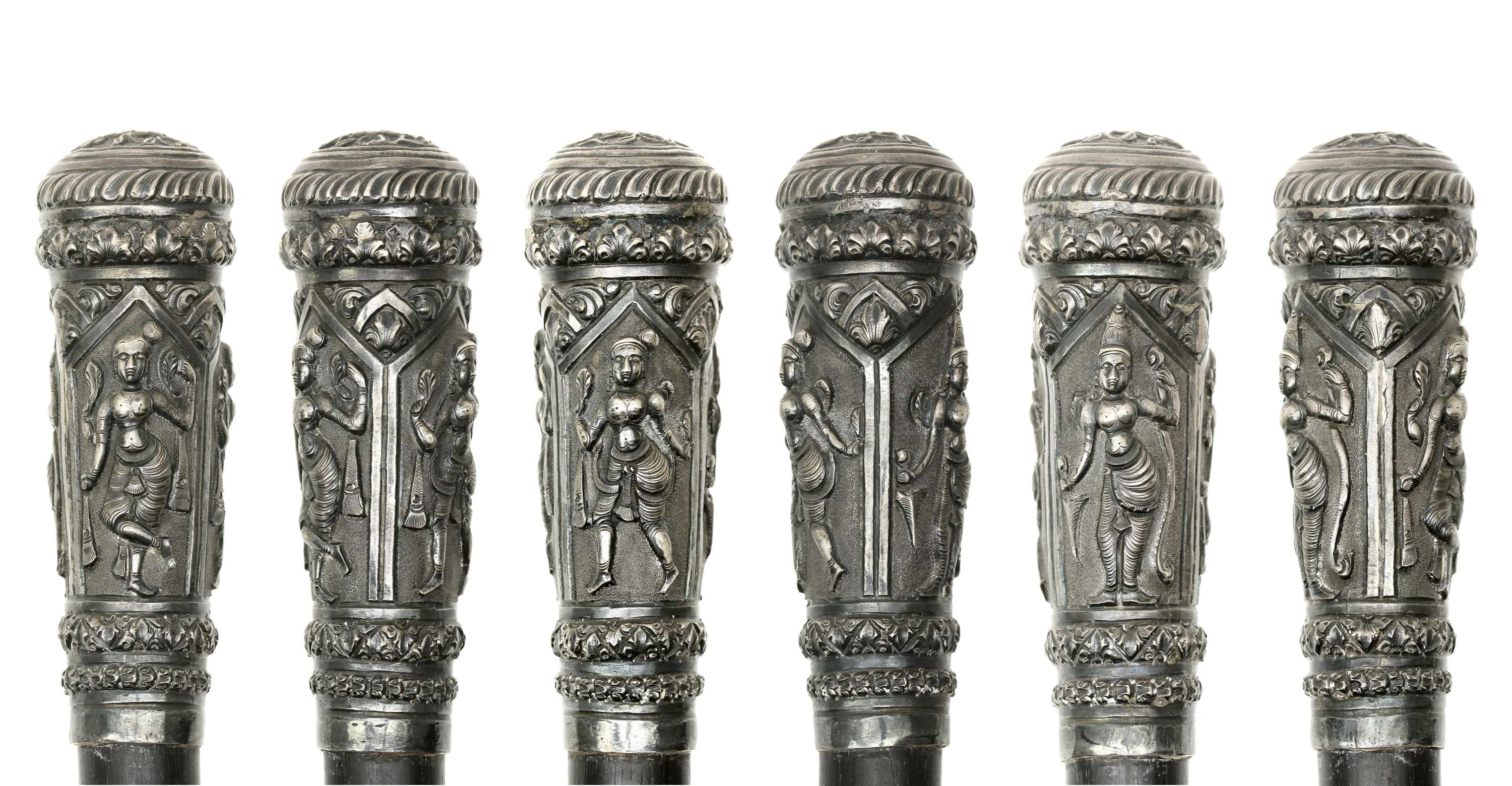 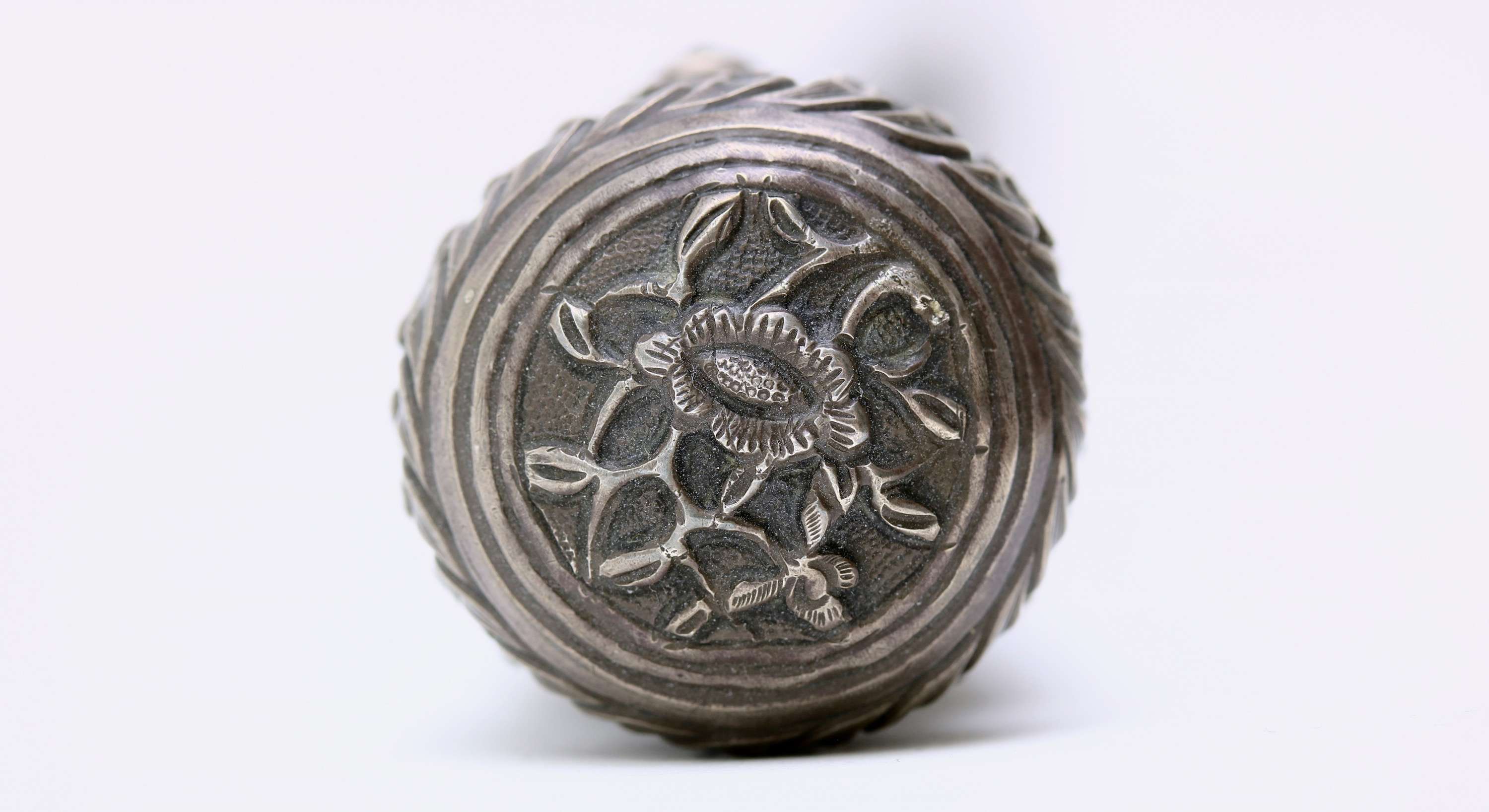 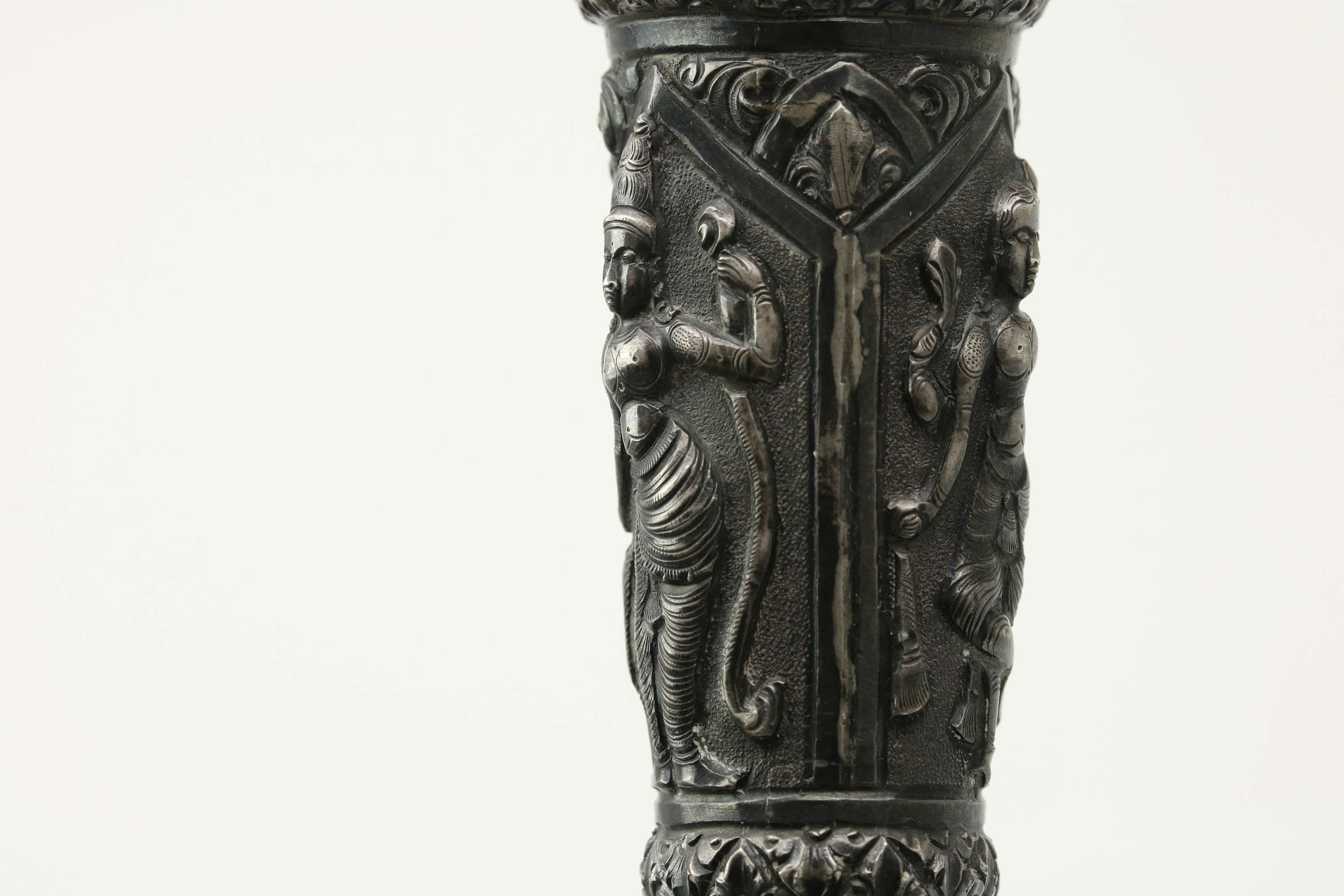 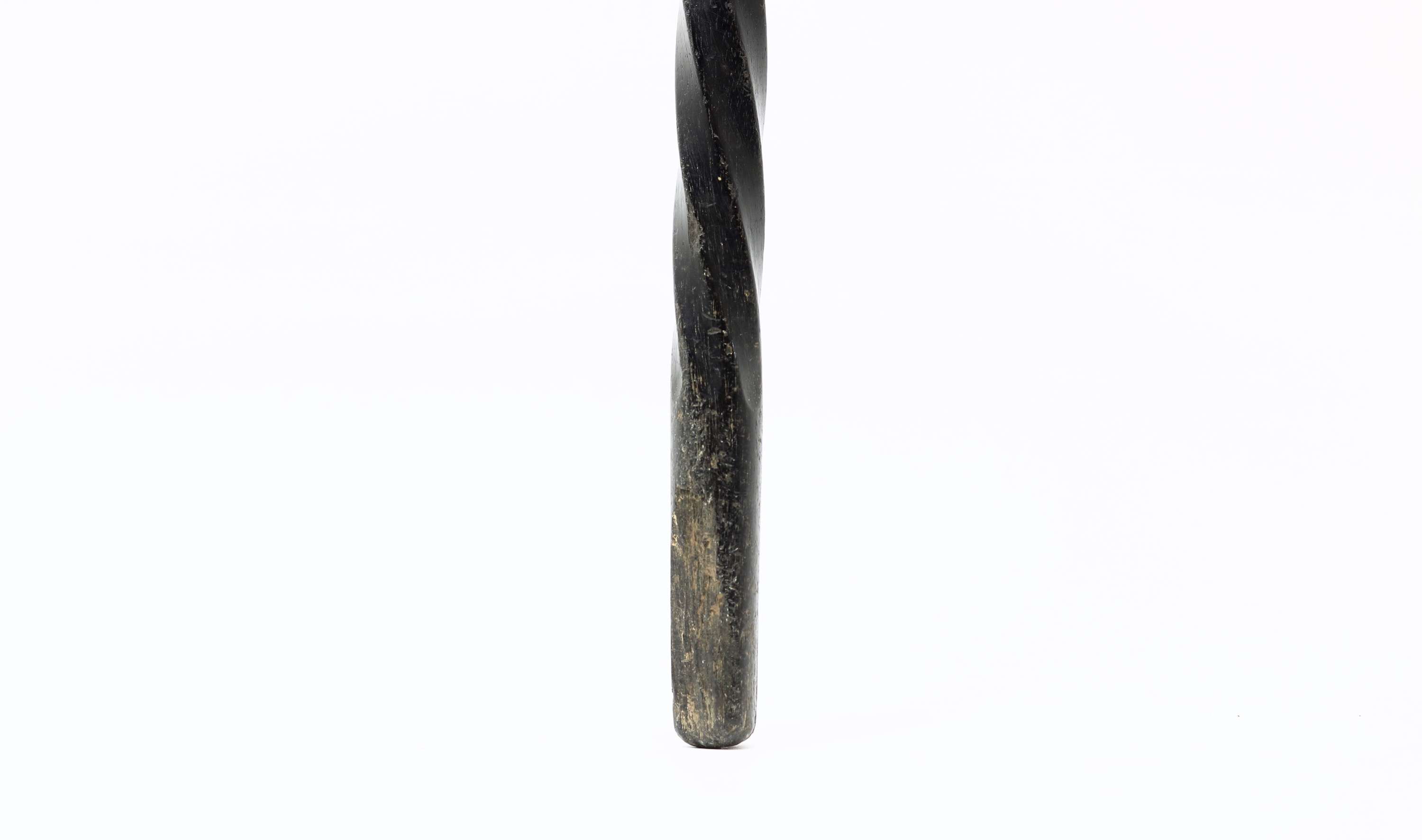