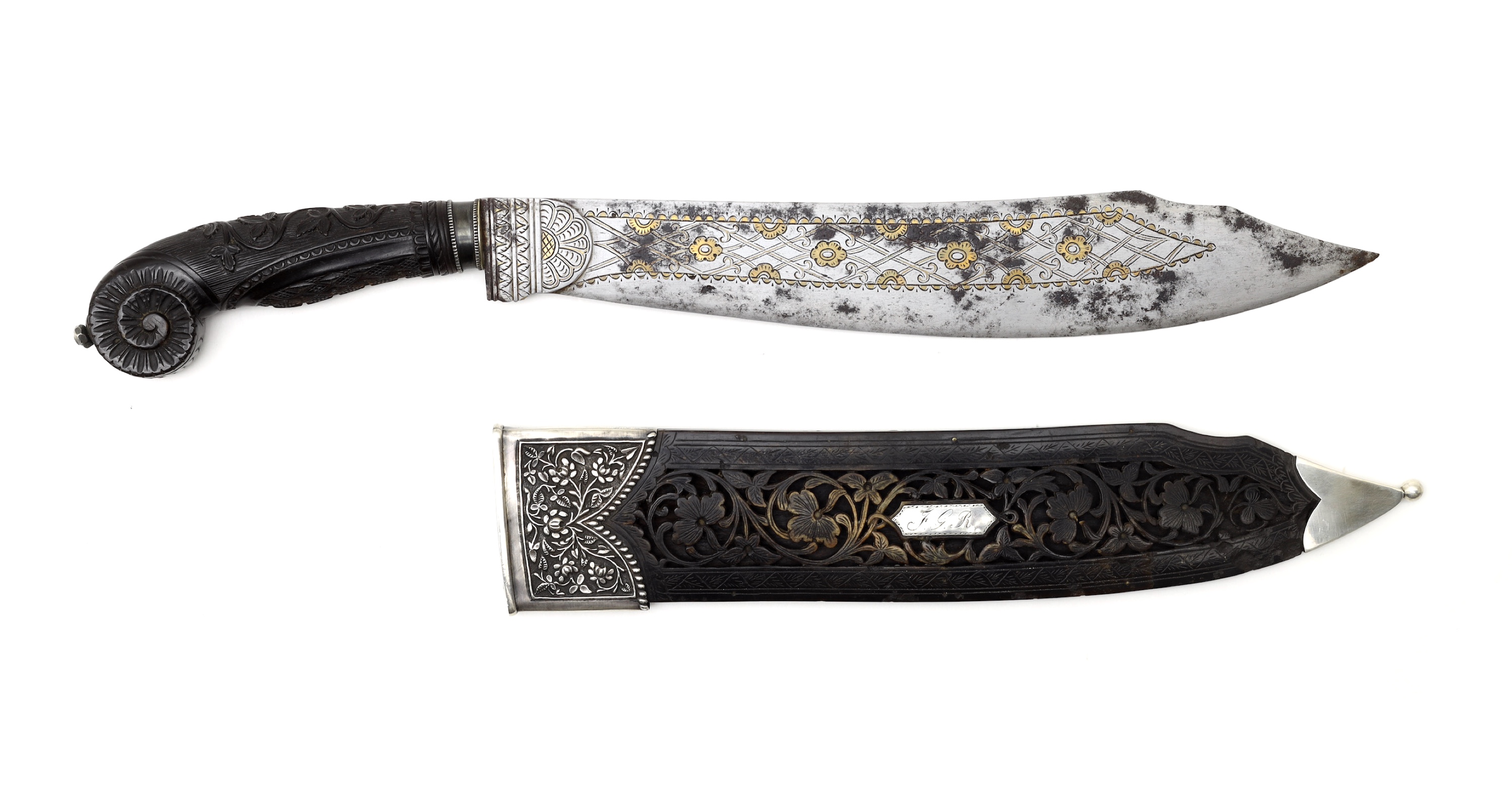 Knife fighting has long been a well-established art on the Philippines, and the machete-like bolo has been the iconic weapon of guerrilla fighters up until as late as World War II.

A very fine example with a strong blade with gentle widening, and a clipped tip with scalloped back profile, reminiscent of some Chinese blades.

Comparable blade profiles can be seen in the hands of people on the Philippines as far back as the 16th century, for example in the Boxer Codex of circa 1590. Notice the scalloped back in the below picture, and the Chinese marks at the base of the blade suggesting that it was an import. This is no artist's convention: The shape coincides with what we see on Ming artwork from the same period. 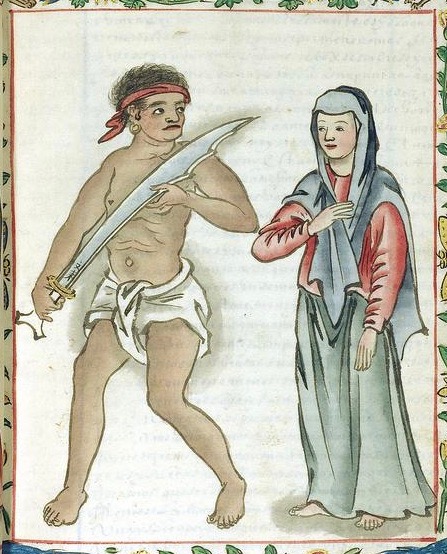 The blade has geometric designs and flowers on the right side, inlaid in brass, but is plain on the left side as is usually the case on these. At the base of the blade is a decorative collar, is chiseled from the blade itself, depicting a flower half-concealed behind a rectangular base.

The hilt is carved of black water buffalo horn. It resembles other hilts within the small group of such knives known in the fact that it has floral carvings on the back, and a fine pattern of diamonds carved in relief on the inside. More unusual is the shape of the pommel, curving inwards.

It has a silver ferrule and a silver nut on top of the pommel.

The scabbard is made entirely of buffalo horn. The front features a framed section of pierced floral scrollwork through which the blade is visible. The back is simple engraved with geometric patterns. It has a silver mouthpiece decorated with floral motifs in repousse.

The scabbard has a silver plaque in the center with initials:

There was an F. G. Roth active as an archaeologist in the Philippines in the 1930s but there is no telling whether the man relates to this knife.

Philippine knives of this kind of quality are quite rare. See for example, see Metropolitan Museum accession number 36.25.2898a, b for a fine example that came from the George Cameron Stone collection. It is dated 18th - 19th century. Another piece much like it was sold here in 2019. See: very good Philippine bolo.

Hilt in near-excellent condition, one small loss at the pommel. Blade with some patches of pitting, see photos. No other blade damage. Scabbard with some insect damage to the horn, see photos. The chape was lost, so I had it expertly replaced by Haarlemse Zilversmederij K.H. Schermerhorn, Hofleverancier. (Purveyor to the court).

A nice example of a fine quality Philippine bolo. It has an unusual hilt for this small group, a pretty well preserved blade and retaining its wonderful openwork horn scabbard that is so typical for these. 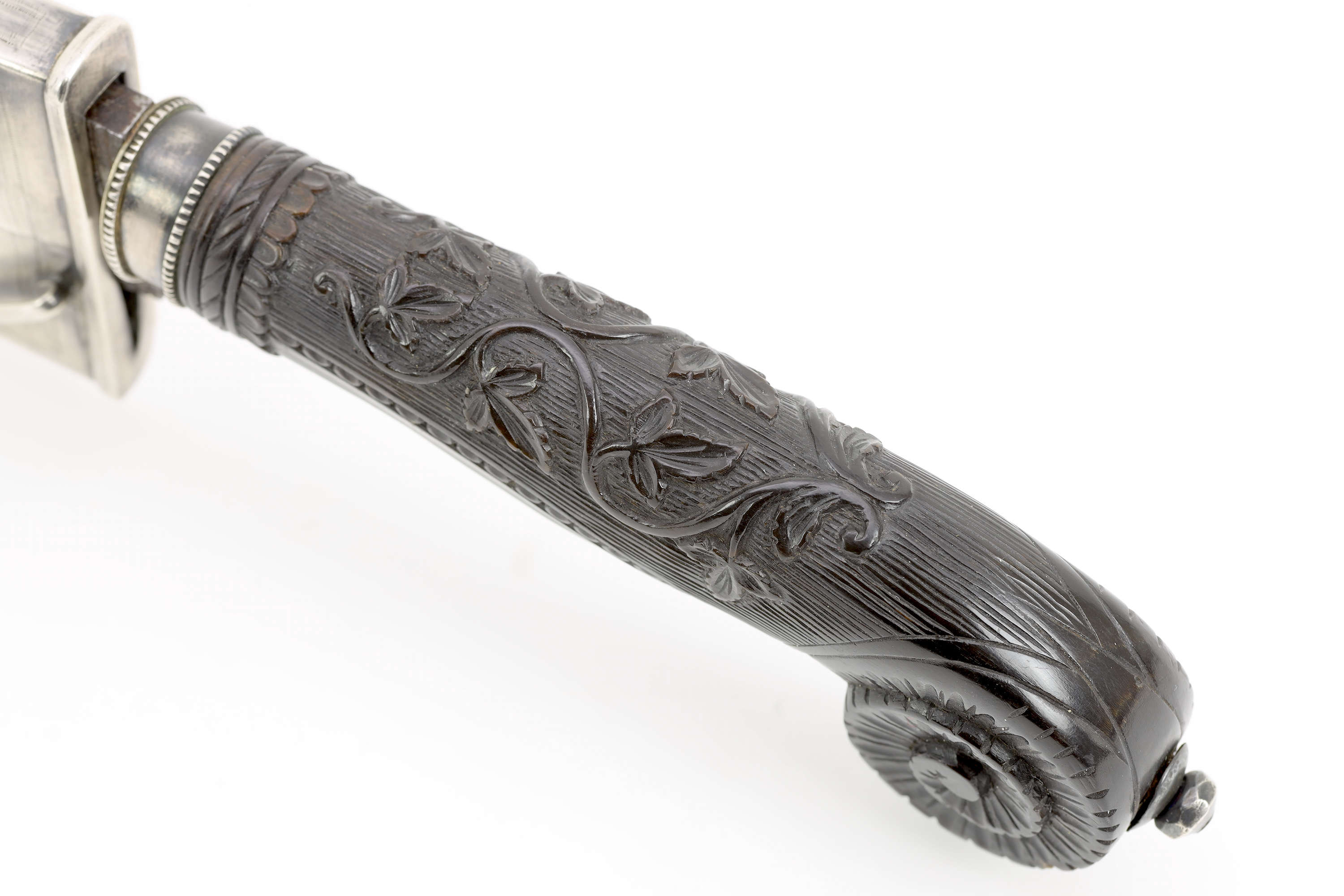 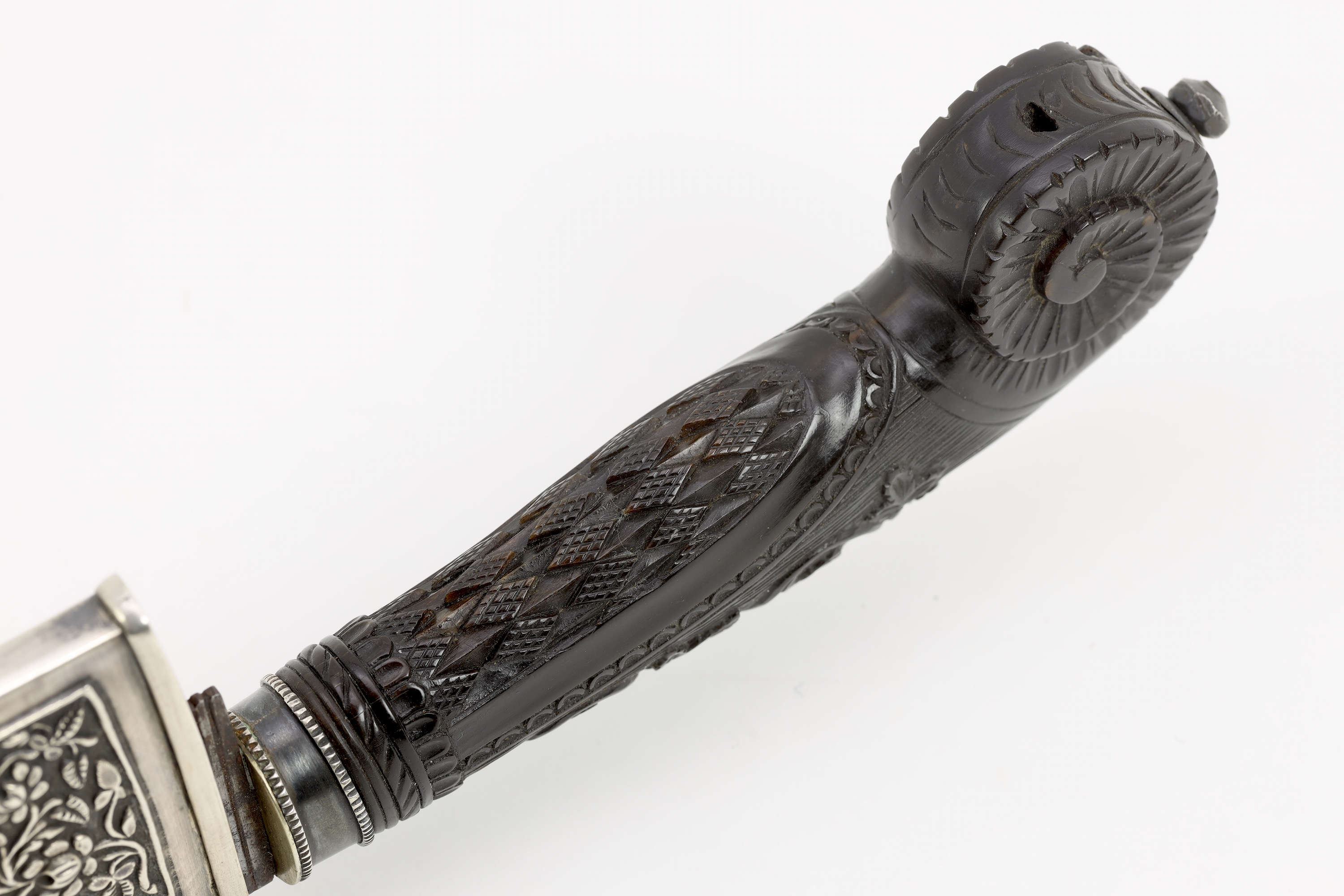 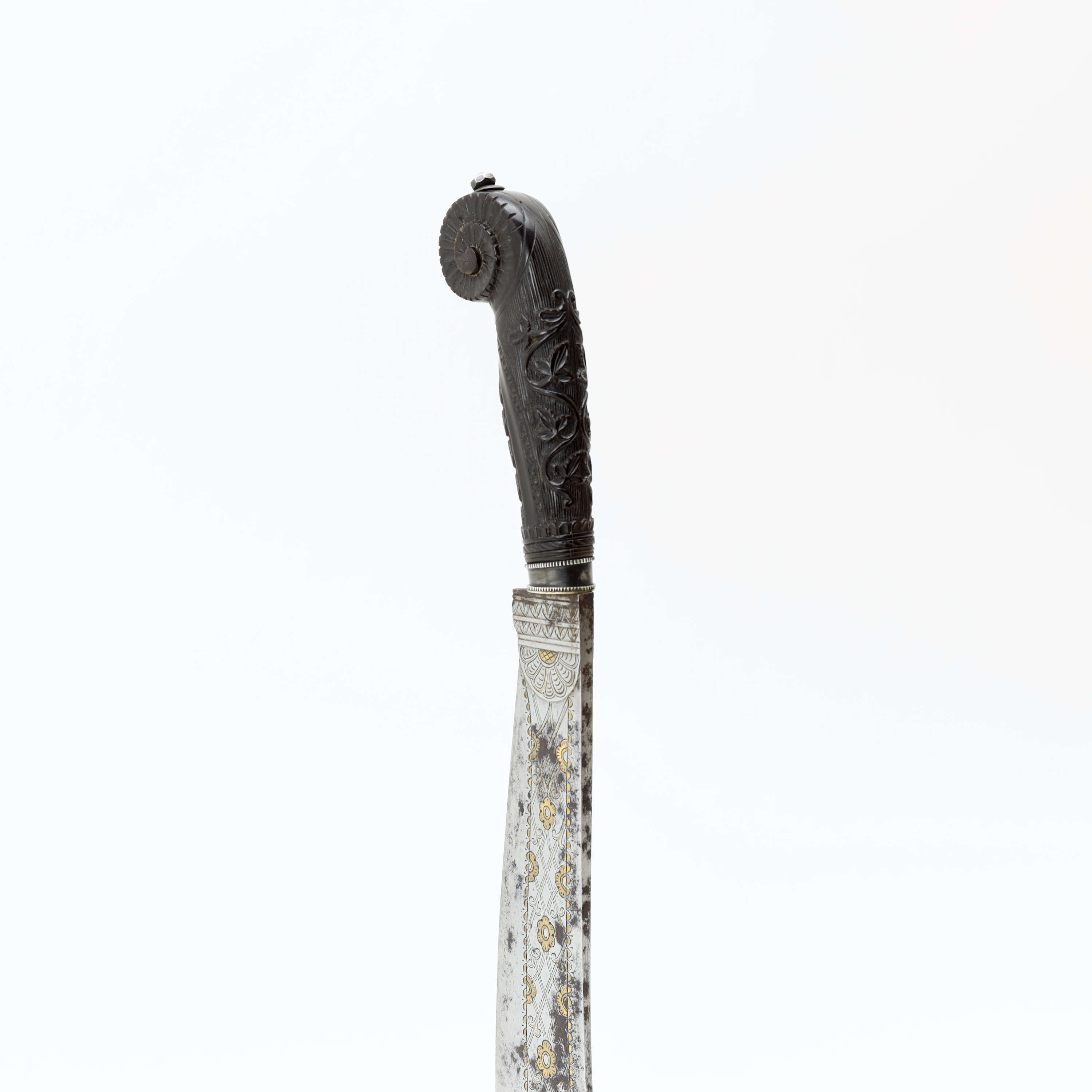