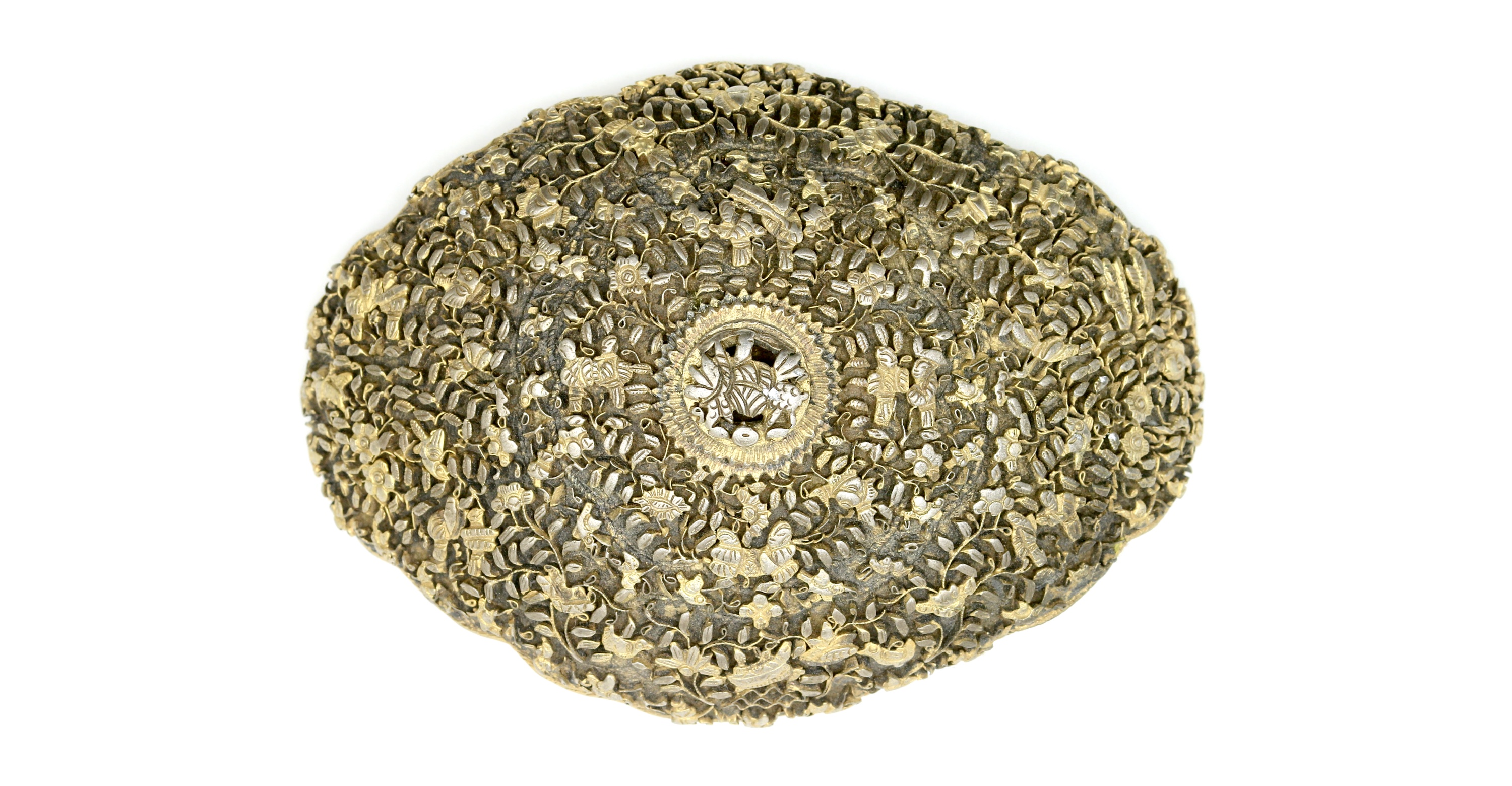 Silver with remains of gilding

The Peranakan or “Straits Chinese” are descendants of Chinese settlers throughout Maritime Southeast Asia who, mixed with local cultural elements formed a very own distinct culture. In West Java, wealthy Peranakan women often wore a specific type of belt buckle called pending. These pending had two main varieties, the smooth pending polos and the pending poohwa which were adorned with small figures and plants that were soldered on.1

A very finely made belt buckle, of the more elaborate pending poohwa type. The entire surface is covered with branches with leaves, small human figures, a variety of birds, and I spotted a turtle. The work is so small that it is hard to make out the individual elements with the naked eye. On the inside are two loops.

There is an old collection inventory number, “B55, No 81” written in black. 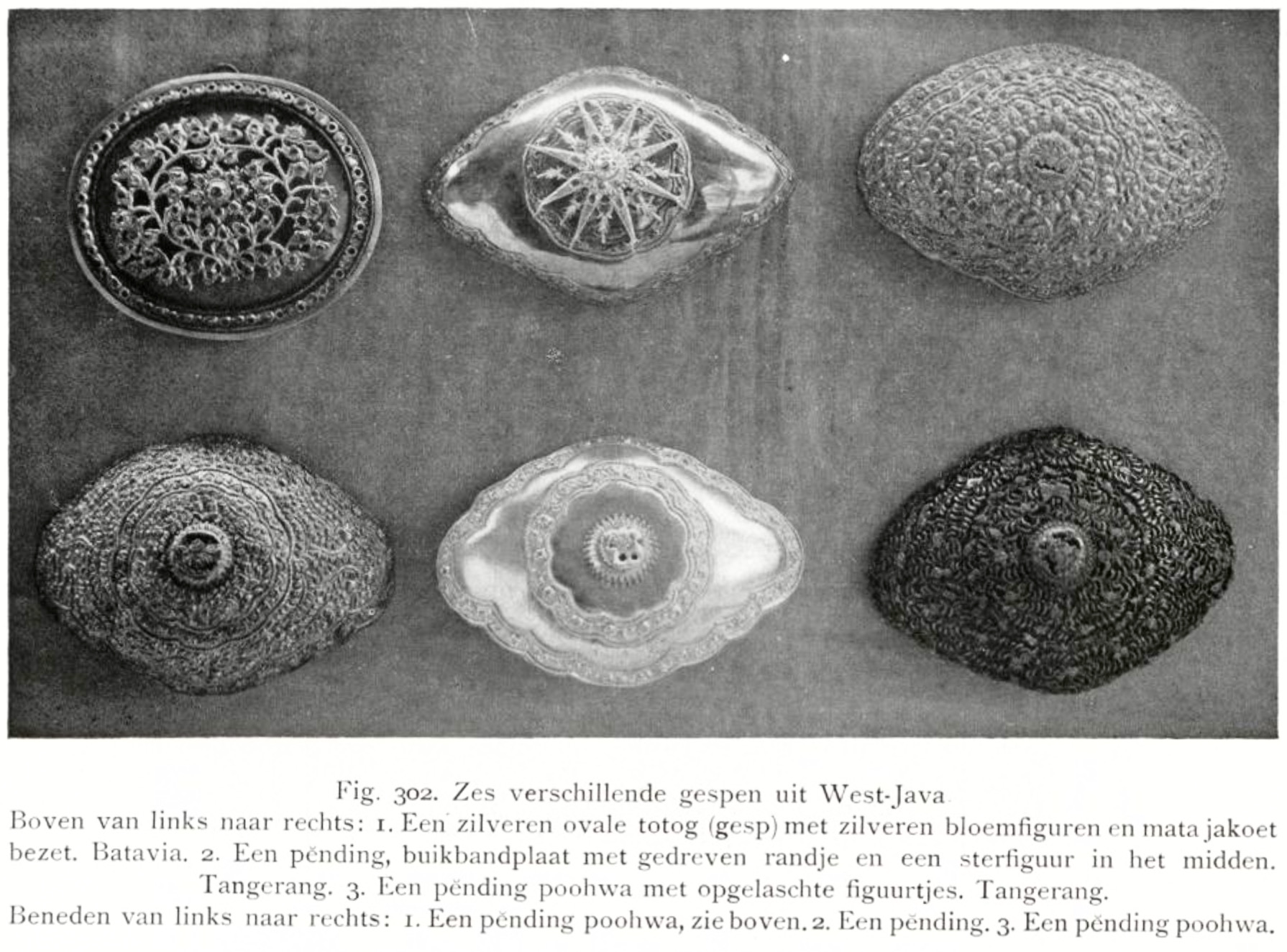 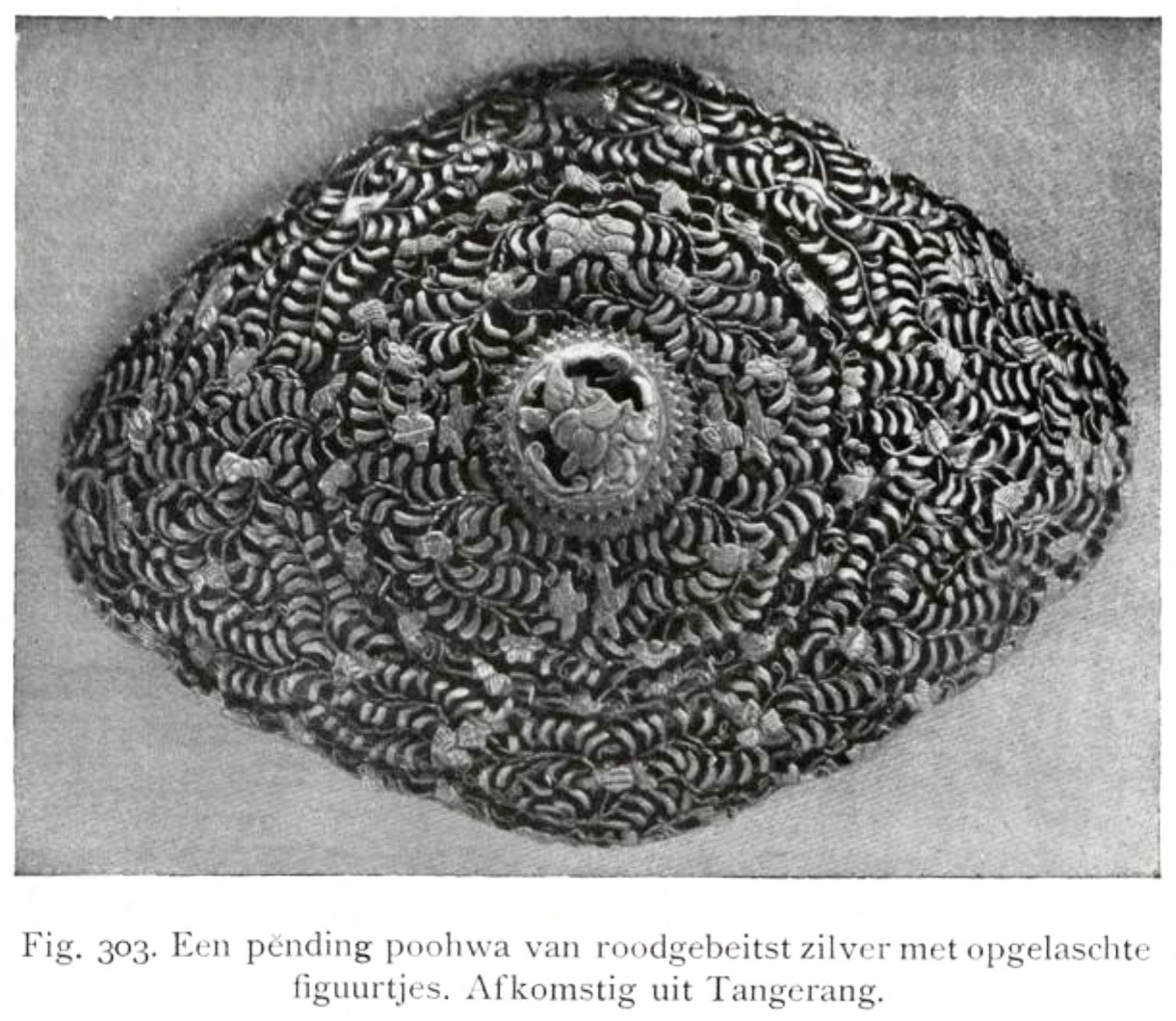 "Fig. 303. A pending poohwa of red pickled silver with figures applied by soldering.
Originating from Tangerang." 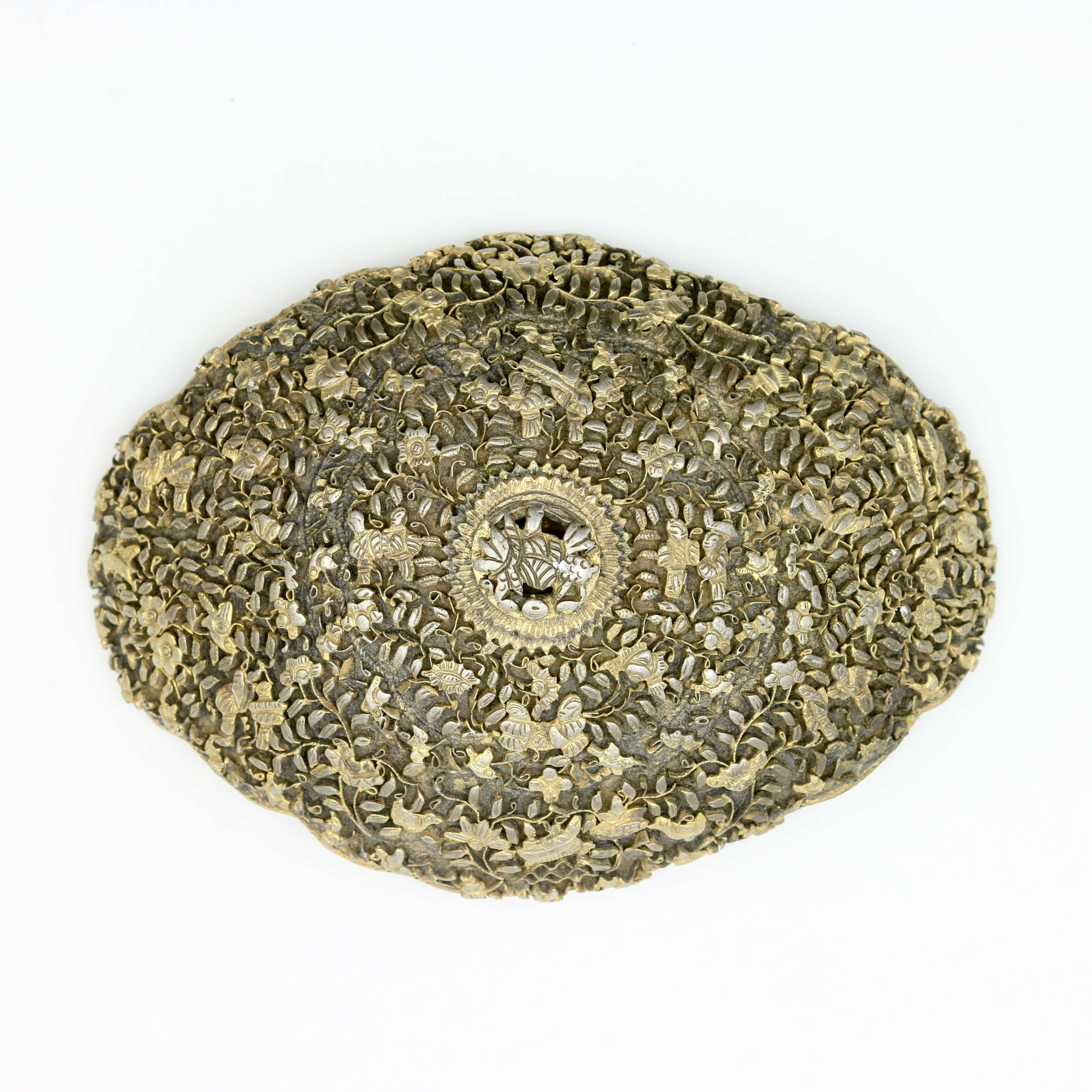 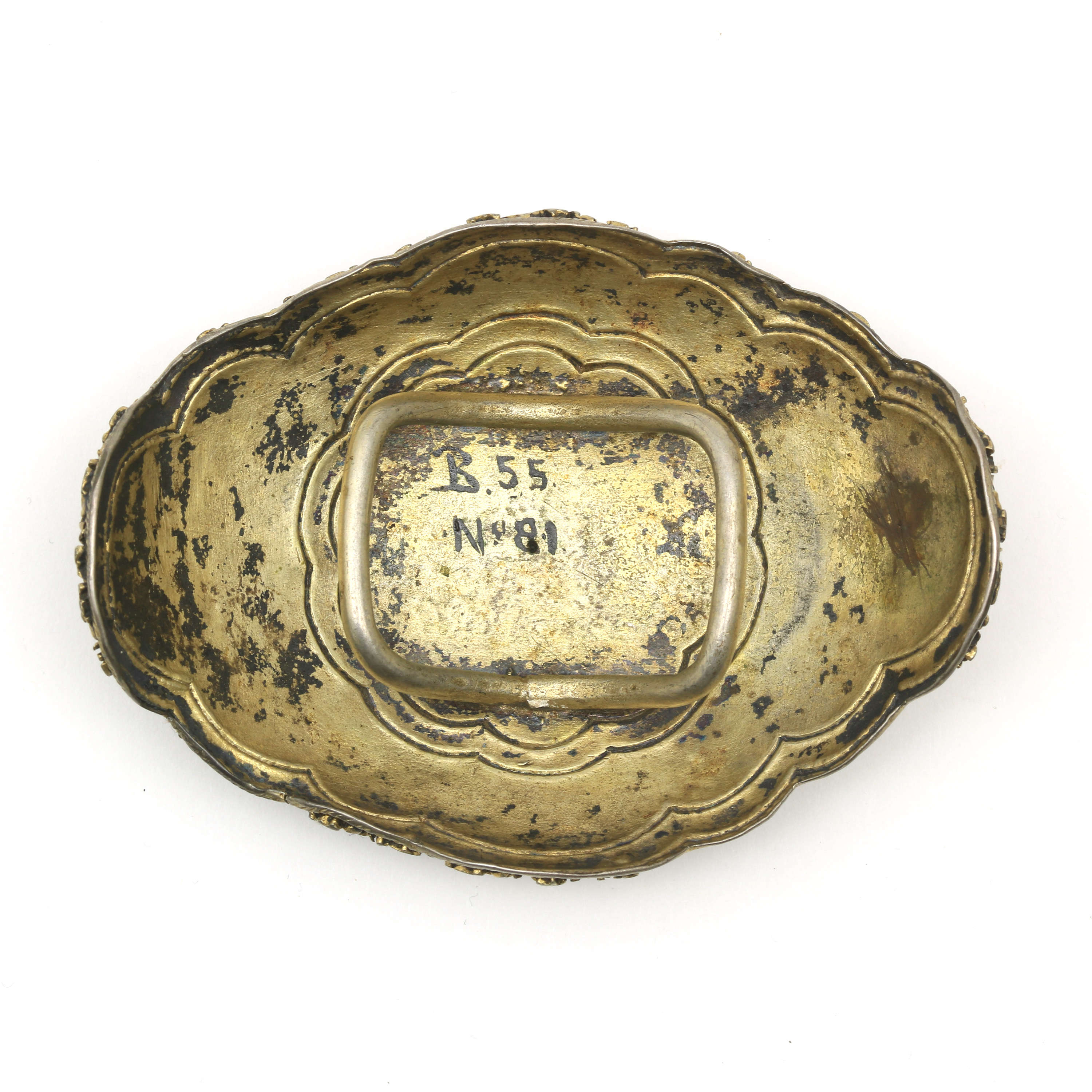 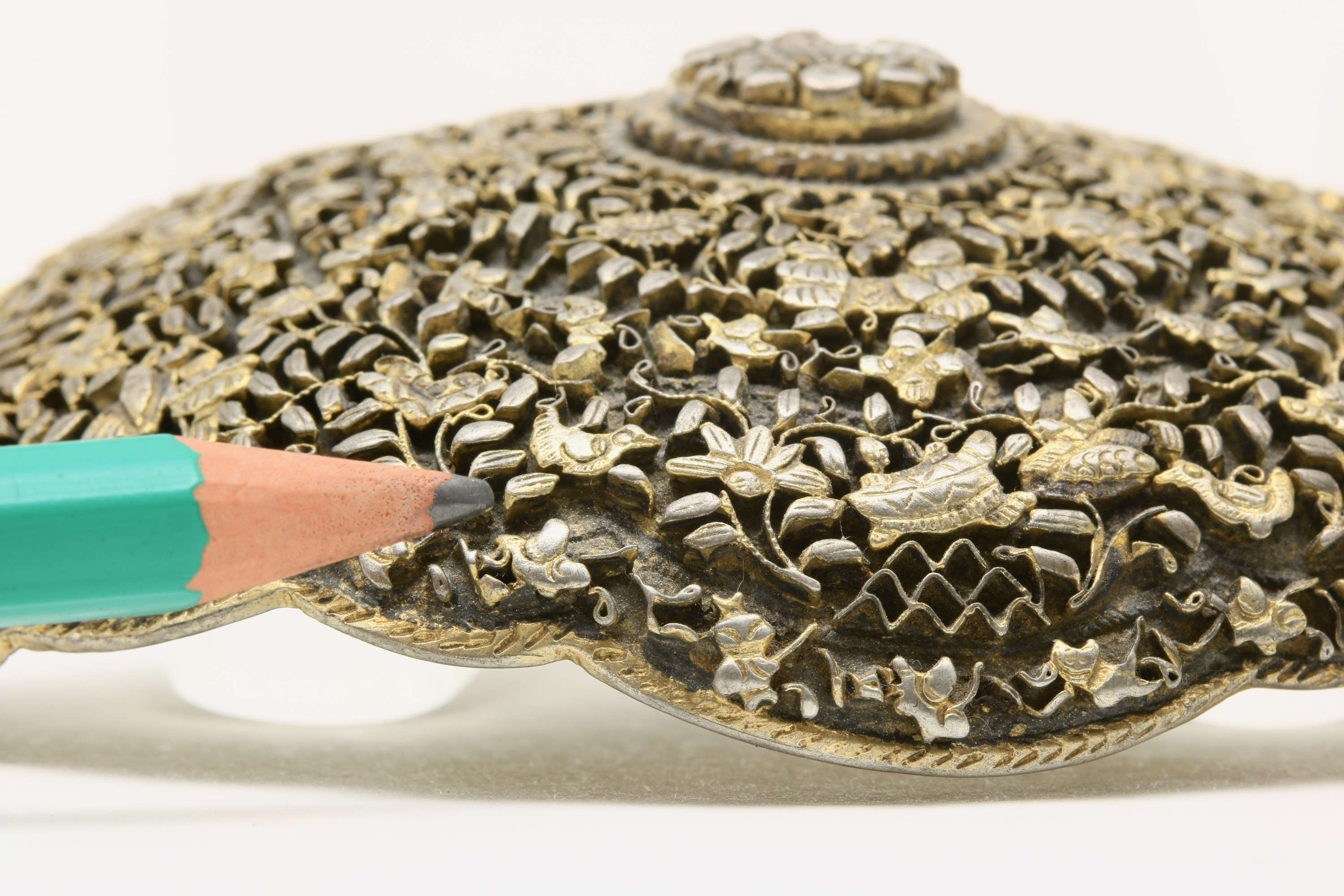