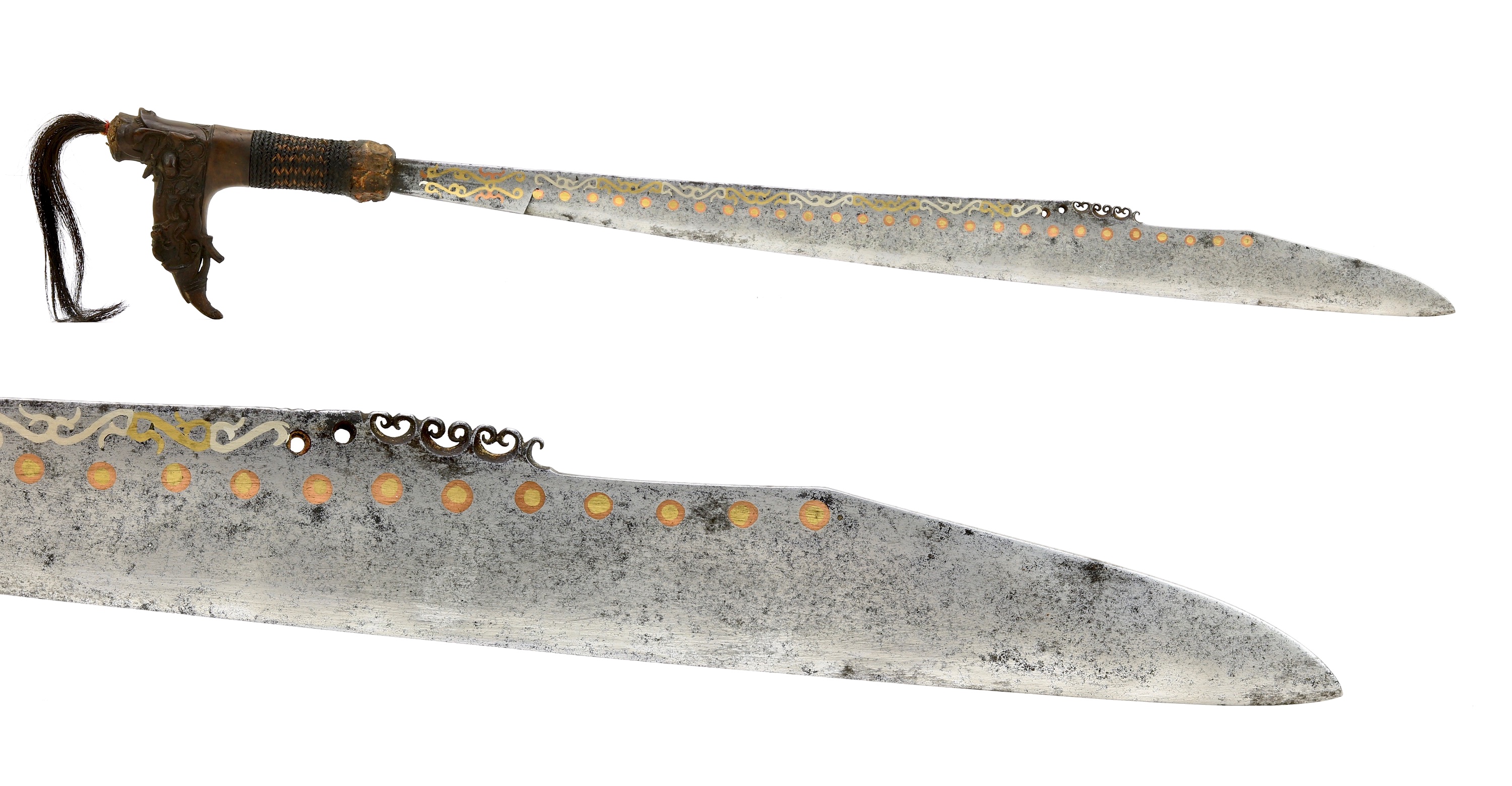 The term mandau literally means "headhunter". It is one of the names applied to the common sword worn by most tribes of Borneo. Characteristic features of the mandau are mainly its blade that is hollow ground on one side, and convex on the other, and its distinctive deerhorn or wooden hilt with crosspiece.

For an elaborate introduction to the type of sword, see my glossary article; Mandau.

A nice mandau with a very nice quality blade. The style of blade and hilt belong to the Kayan tribes that live along the banks of the Mahakam river.1

The blade widens considerably in profile, reaching its widest at some 1/3rd from the tip. Here it is adorned with two holes and a number of curls formed from the blade's iron. The tip is in a shape called li-po-tong in the Long Way Dayak language.2

The mata kalong are thought to represent the aso, a mythical Dayak dragon dog. The curls near the tip represent male and female genitalia which were thought to ward off evil spirits. 3

The hilt is made of the more unusual wood, as it normally is made of deer antler.

A note about hilt carving

According to Nieuwenhuis, writing in 1900, the Kayan people were most notable for their work on hilts and they carved fine hilts that they traded with other tribes. Nearly every Kayan man was capable of carving his own hilt, for which usually a dark hardwood was used. Only those that had participated in headhunting were allowed to carve deer antler. During the spouse's pregnancy and during sowing (nugal), no deerhorn could be touched in fear of bad luck to new life. 4

In pretty good condition. Some minor age-related cracking in the wooden hilt. Blade surface with some superficial patination and small pitting mainly on the left side. Edge intact, no damage, and still pretty sharp. No scabbard.

A very nice example of a mandau with substantial blade featuring inlays in copper, silver and brass and an ornate tip profile with iron curls. It has a rarer carved hardwood hilt. All in very good condition, the blade undamaged and still sharp. 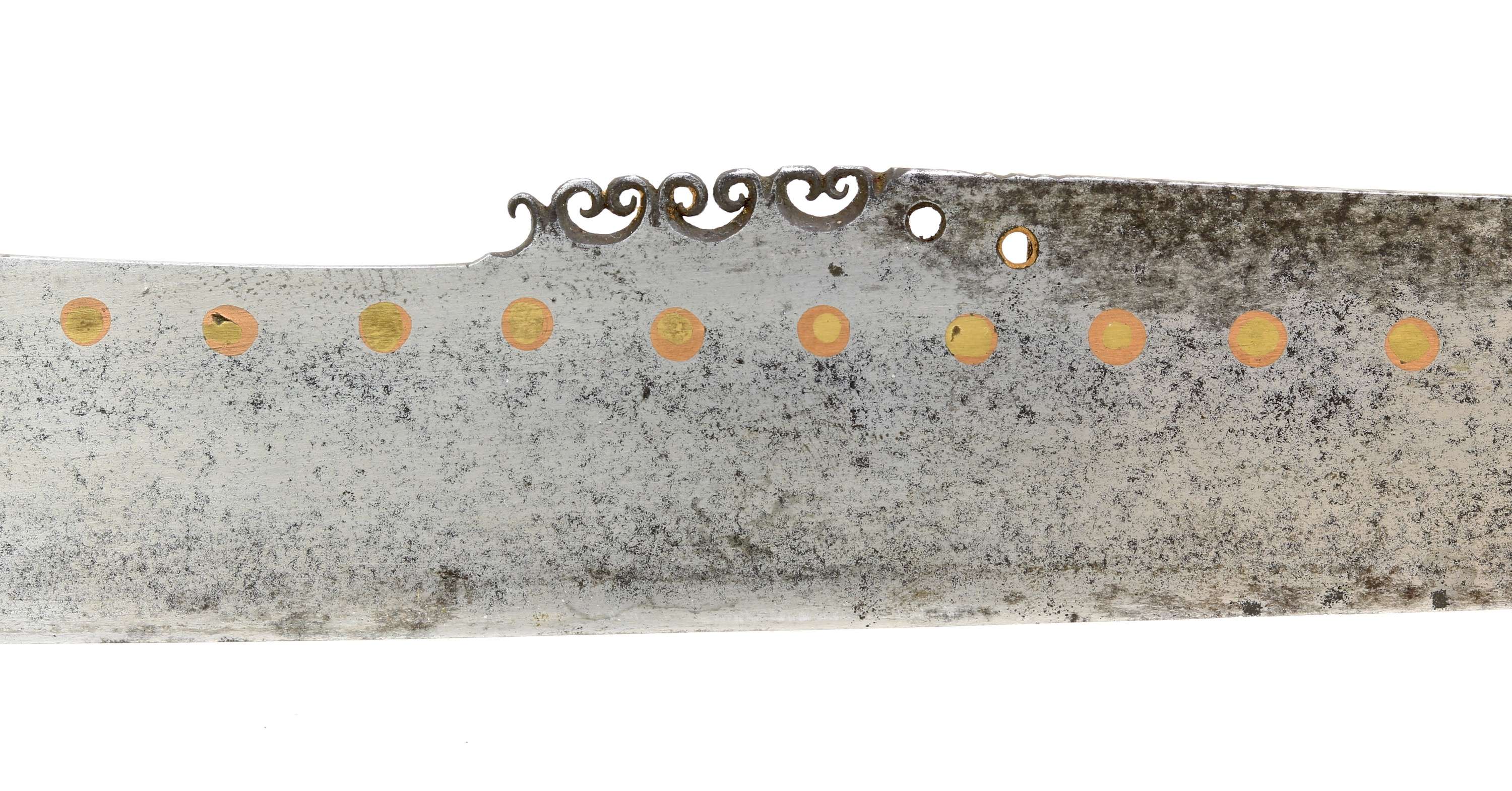 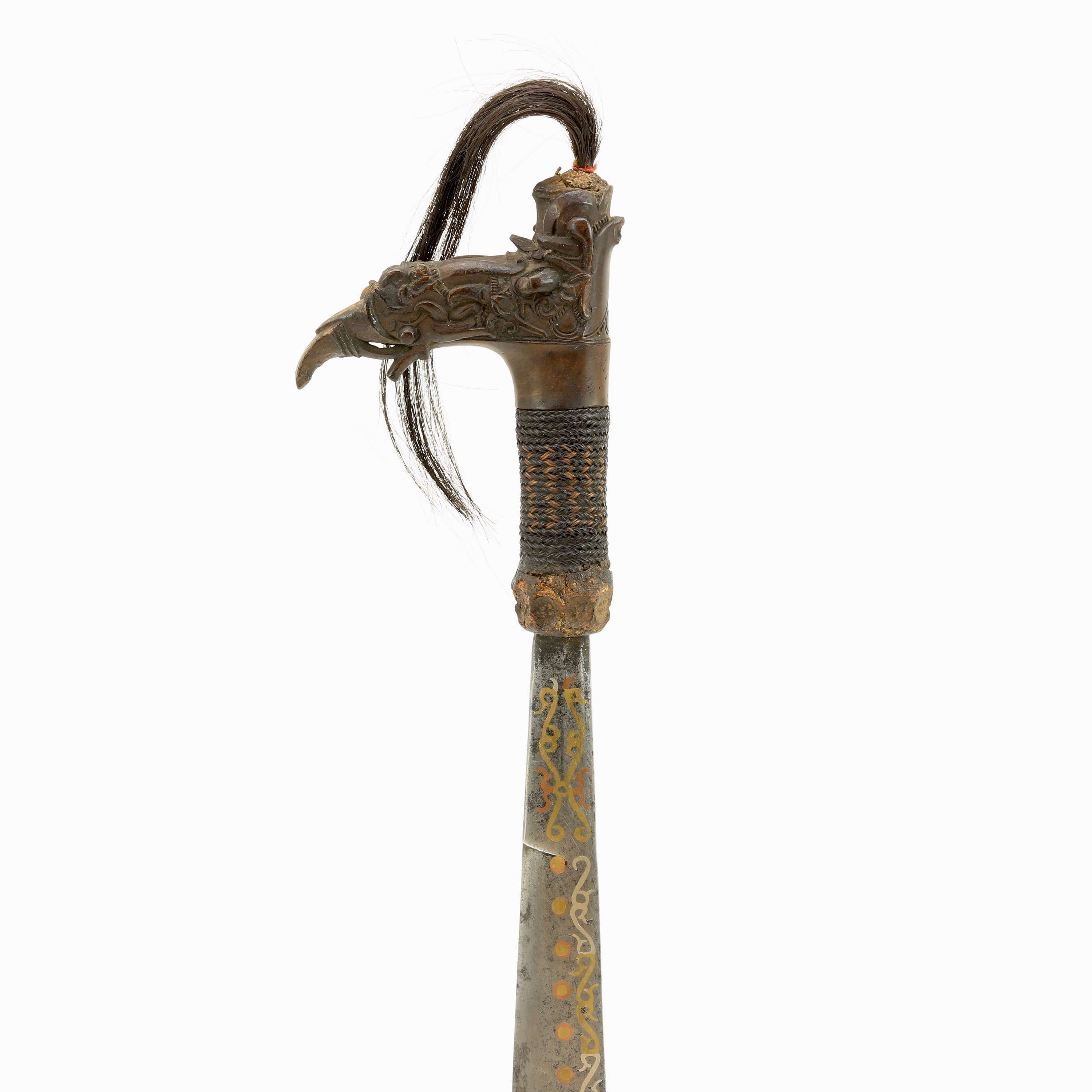 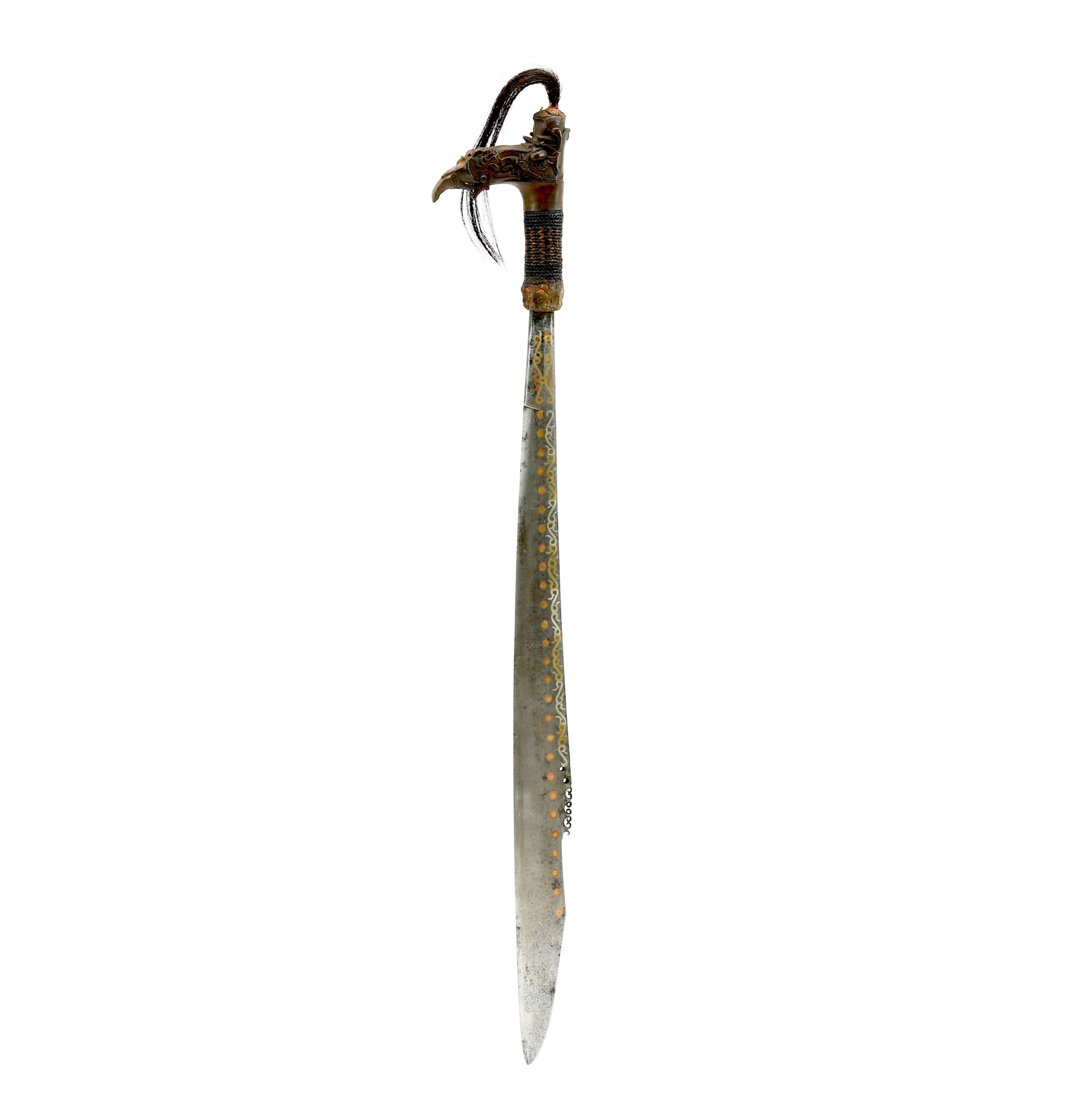