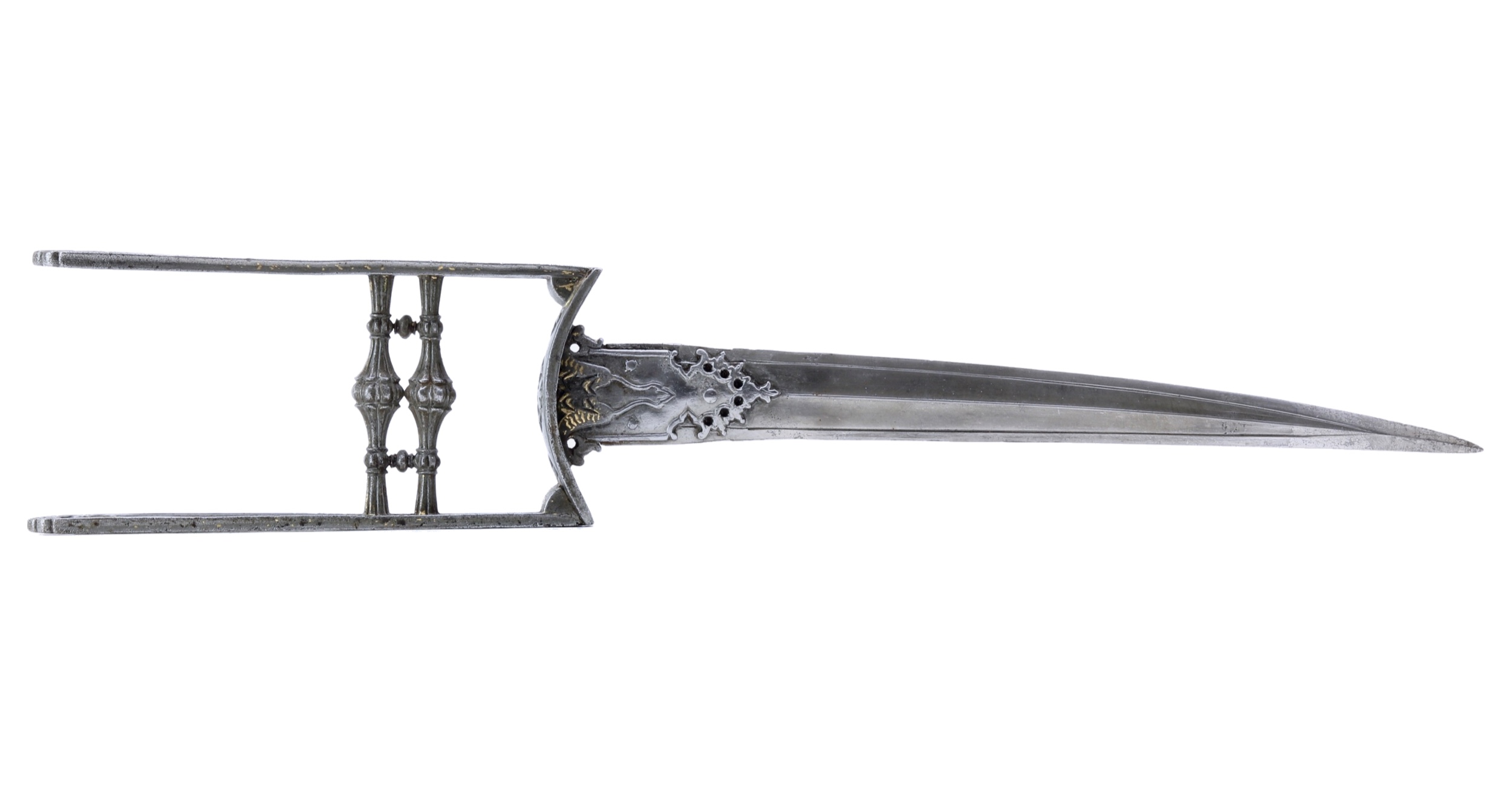 A fine curved katar with a gently curved blade. It has a very crisp central rib and two narrow grooves that demarcate the contours of the blade. Such features are also found on Ottoman daggers and probably inspired by them. The blade appears to be a fine crucible steel, possibly wootz.

The blade is held by two langets that project over the base of the blade, a typical southern design feature. The langets are of elegant form and are nicely pierced and chiseled. At their base are what appear to be two tigers, judging from the stripes, with their tails touching.

The hilt is of typical 17th-century southern form with a domed base with reinforced shoulders. The typical southern ball grips on this example are unusually well-chiseled, giving it great sculptural qualities.

The overall style of the piece is southern, with some mild northern features like the narrow sidebars with center rib in them. Probably southern Mughal or Deccan Sultanates. 17th century.

In good condition, especially for age. See pics. Remains of golden decoration here and there. A slight bend in one of the sidebars.

A rather fine example of a curved katar, with a precisely shaped blade and nicely chiseled hilt. Of typical overall southern form but with mild northern features, it is probably attributable to Islamic rule in the Deccan. 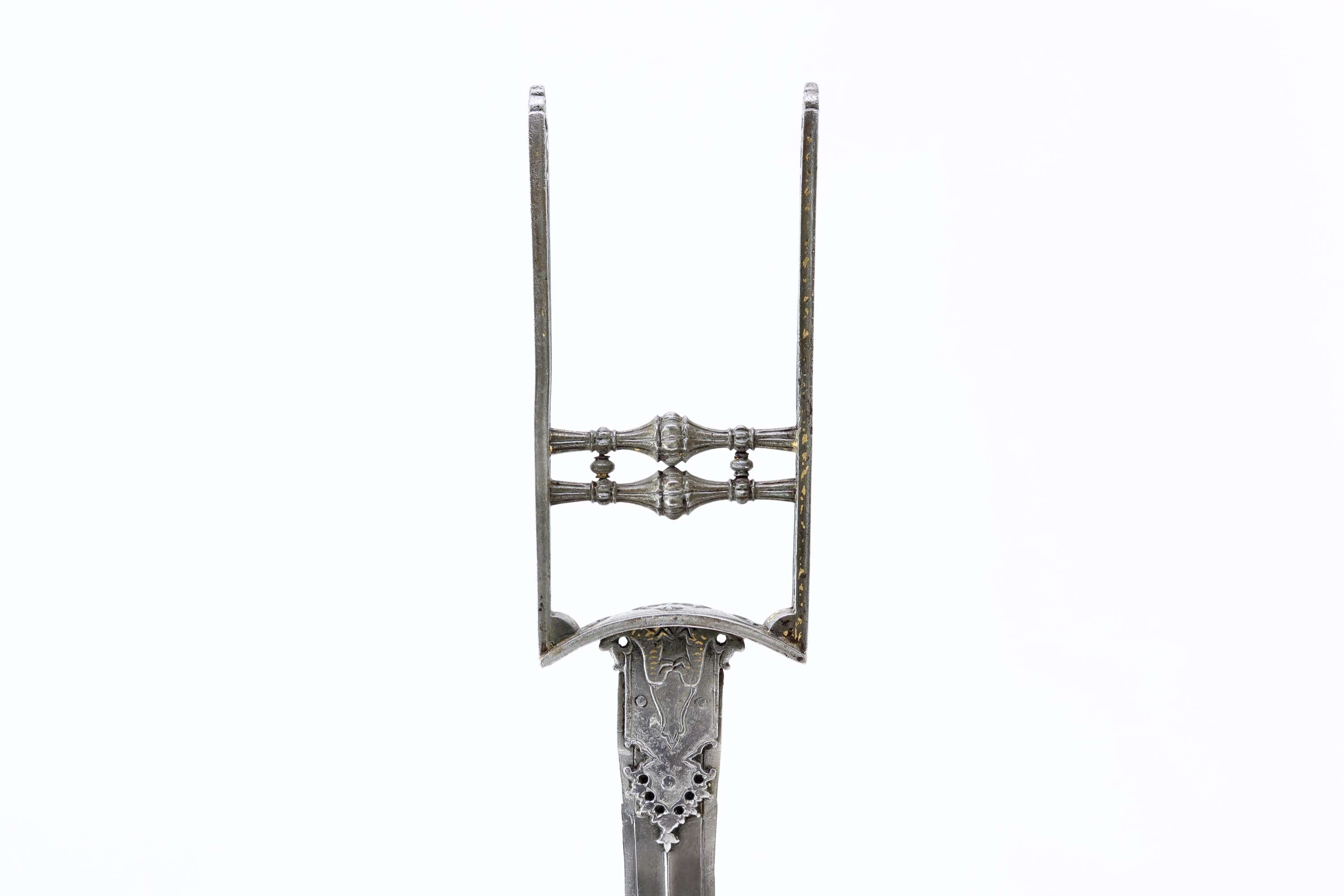 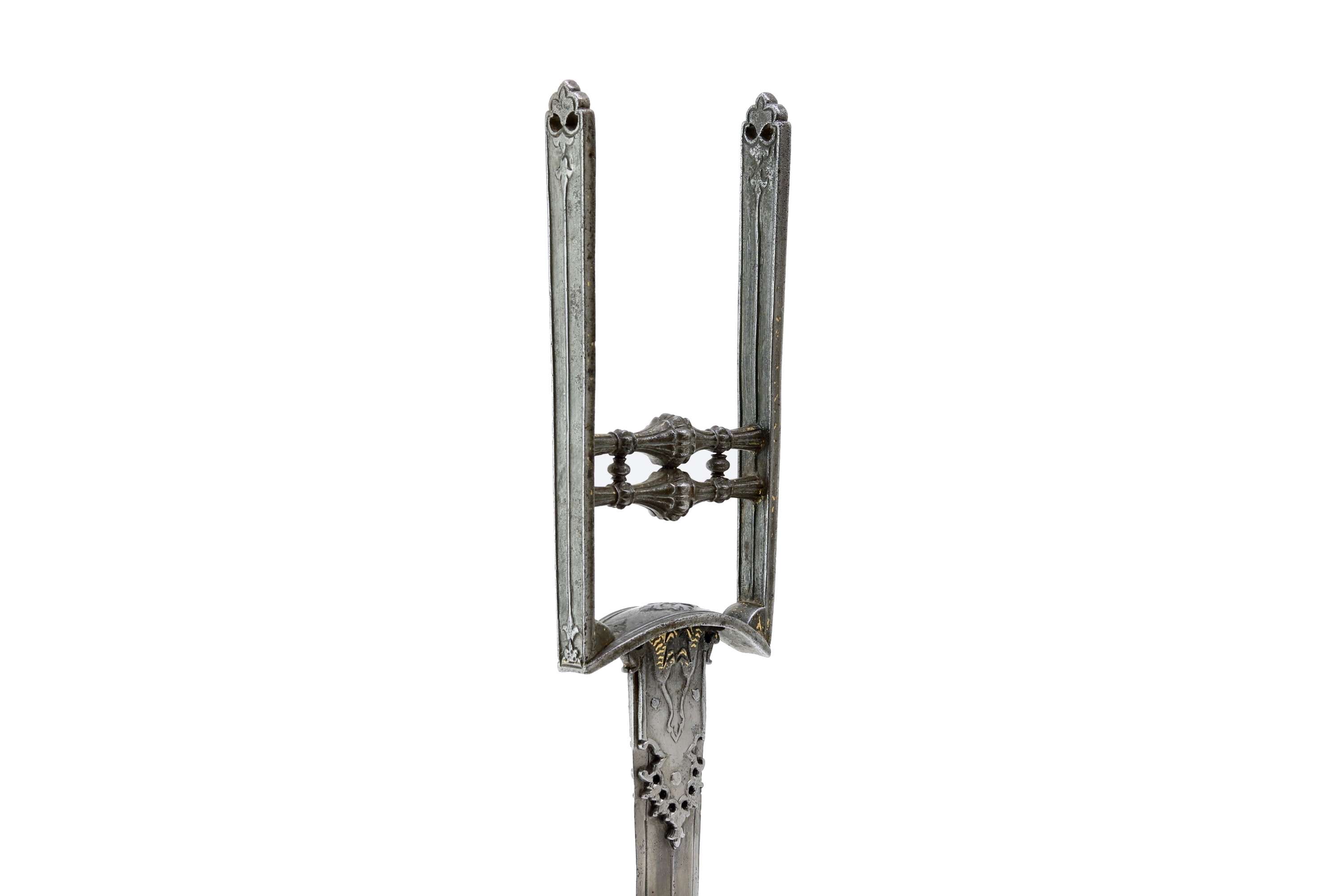 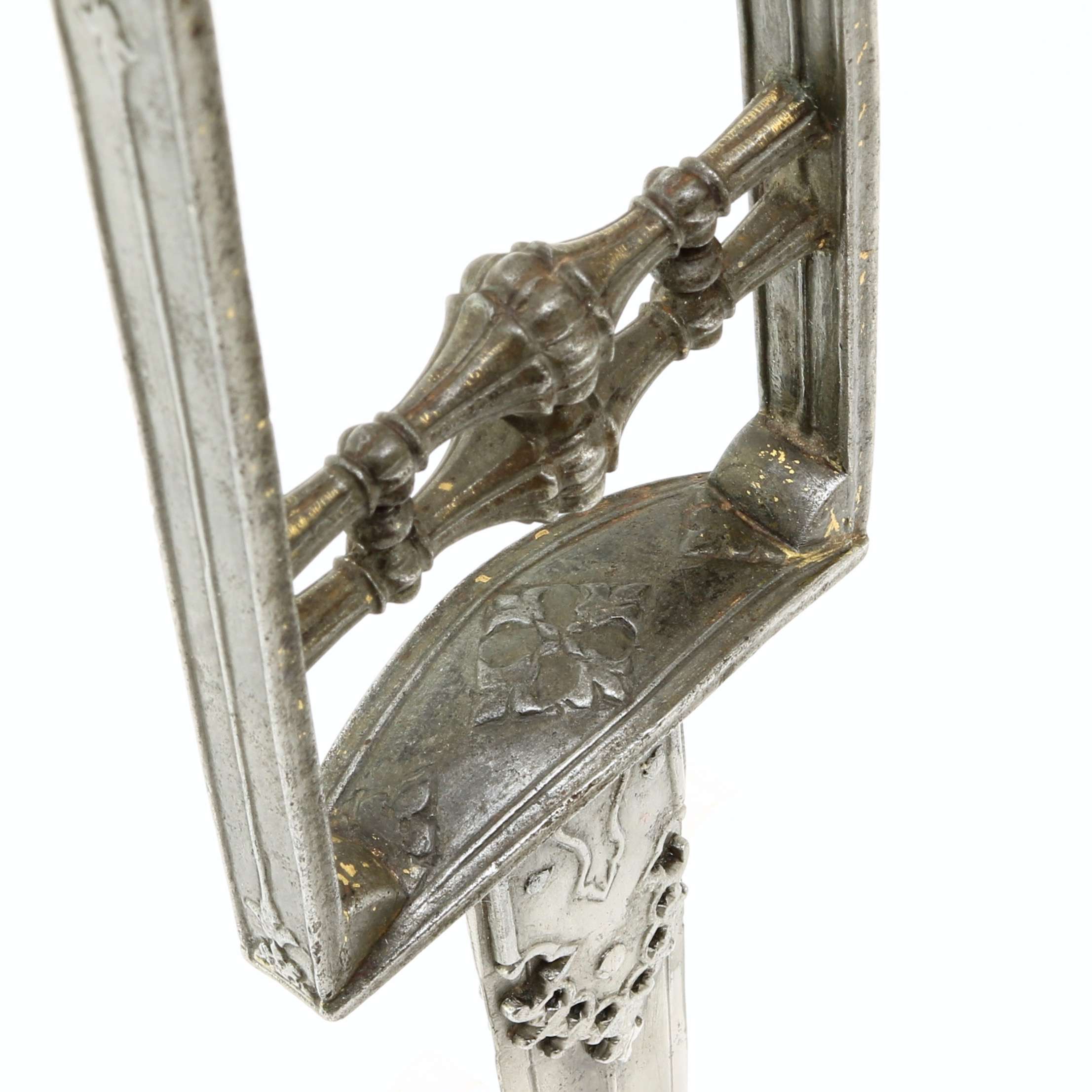 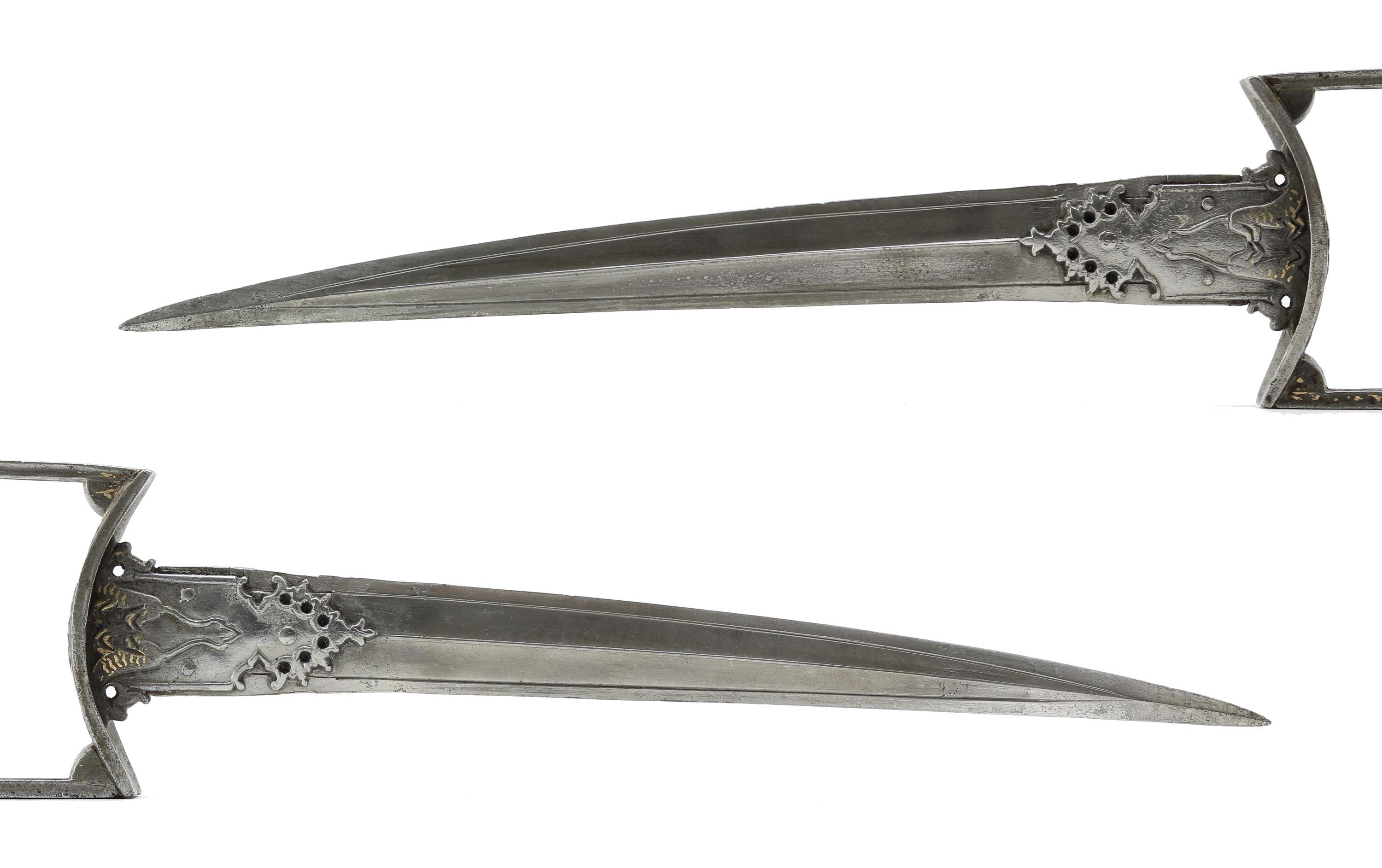 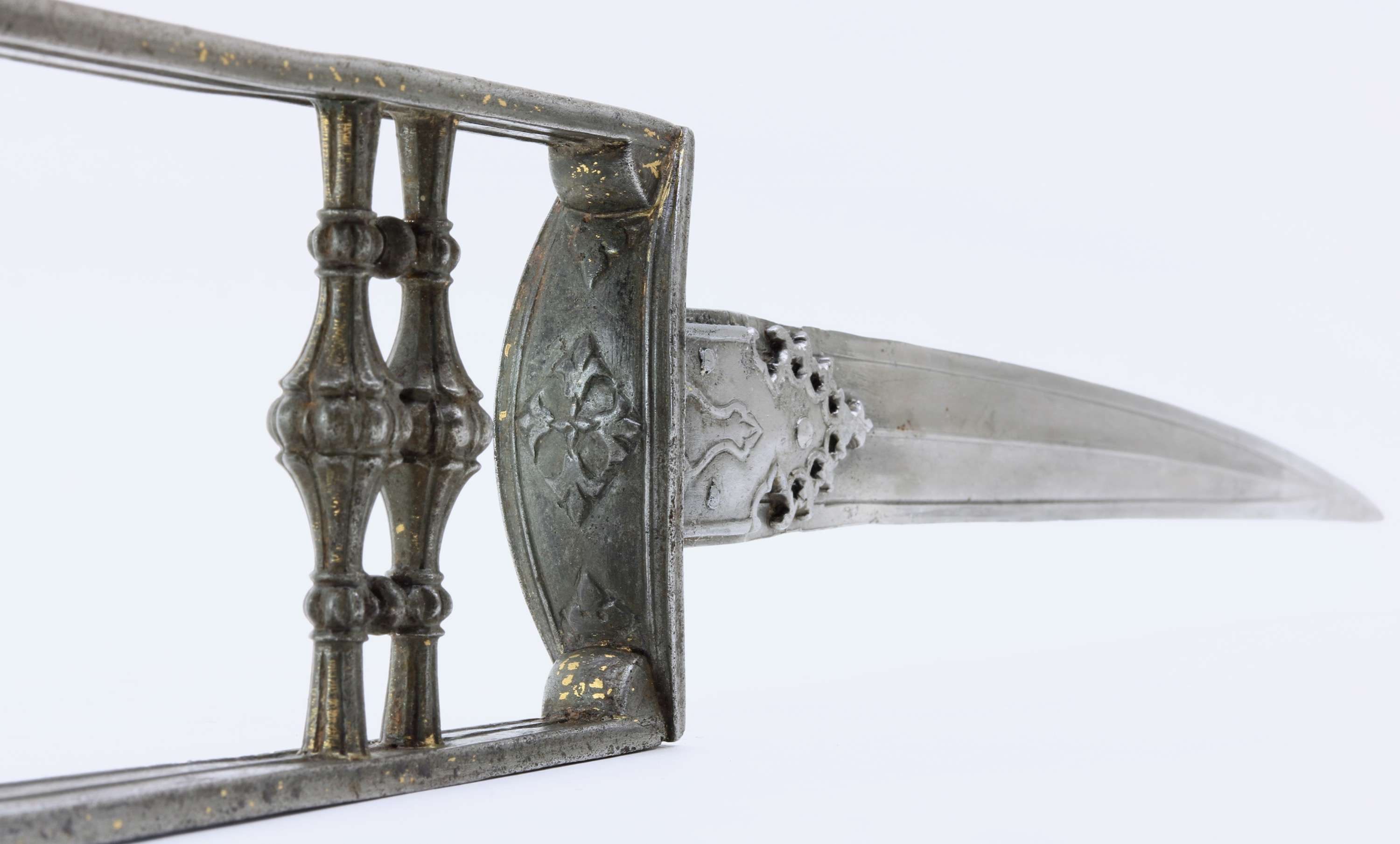 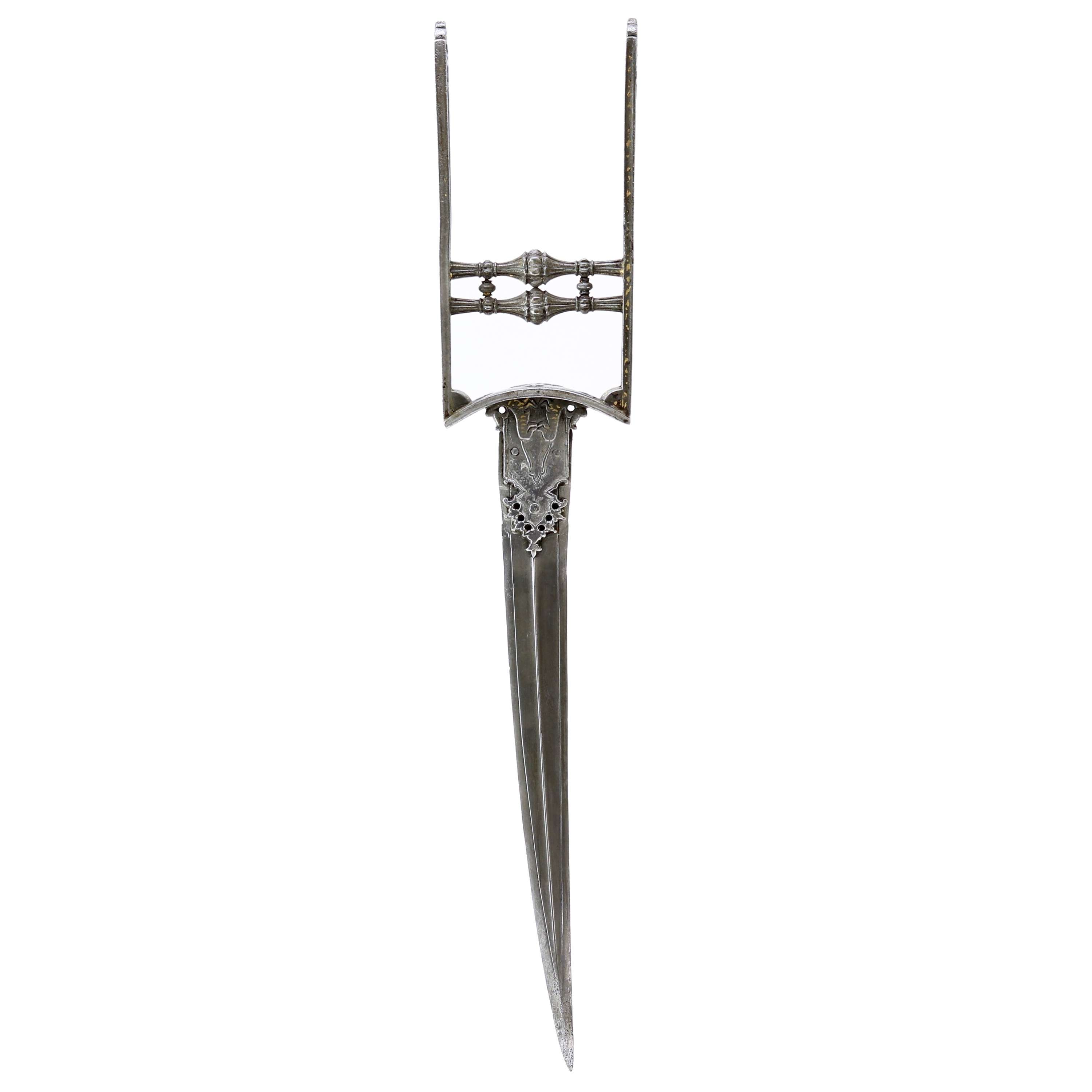