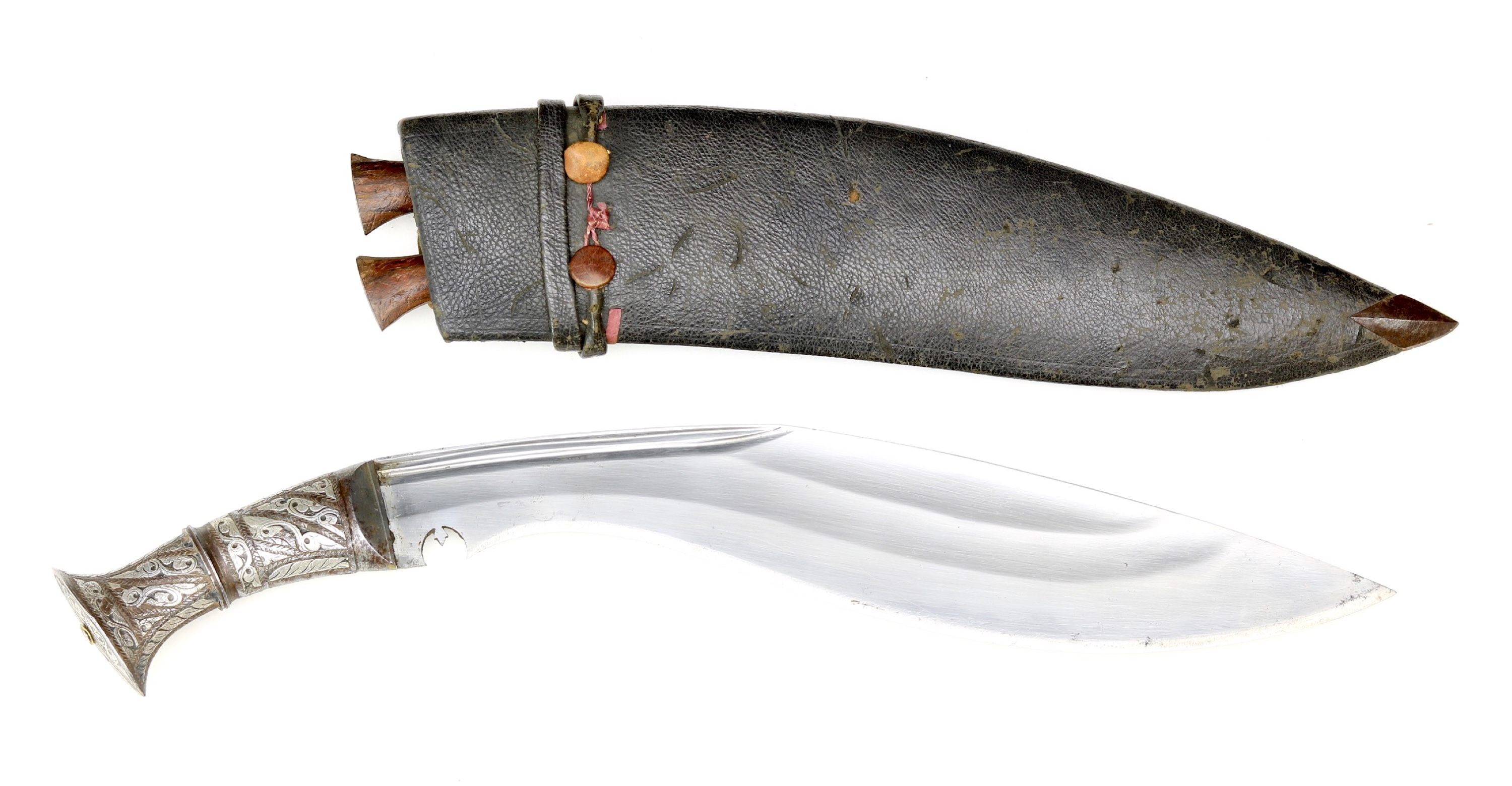 (About 4 cm under shoulder)

The term budhune khukri ( बुधुने खुक्रि) appears in A comparative and etymological dictionary of the Nepali language of 1931 by Sir Ralph Lilley Turner. The term budhune in itself means "squat, short". 1

Notable khukurī researcher the late John Powell wrote that prior to the mid 1800s the budhune variety was mostly associated with eastern Nepal. The Limbu and Rai people exclusively made these fat-bellied khukurī but the style was not confined to these tribes alone. 2

A very nice example with a blade in near excellent condition. The fat-bellied blade still retains much of its original mirror polish, with only some light scratches, and signs of sharpening at the edge bevel. It has the two customary narrow grooves running up near the spine, running up to the gently angled shoulder. The blade further has two wide and shallow fullers that are usually referred to as dui chirra by collectors. The notch called kauro is nicely defined and runs quite deep. It has a three-pointed protrusion in the center.

The fine hilt is made of two iron halves joined together with brass soldering. The hilt is entirely engraved and chiseled with stylized floral motifs, highlighted with overlays in silver leaf. The silver leaves are then again engraved into finer detail. The work is rather fine and almost 100% intact.

It comes with its original wooden scabbard, covered in black goatskin. The scabbard retains all its traditional accessories including the khisā, a small purse for tinder, and two small utility knives called karda.

These are rather rare, especially with finely worked hilts like this one.

A comparable example, also with budhune blade and a nearly identical hilt was described by Gurkha Antiques in a December 29th, 2014 blog post. It was described as:

"Khukuri with Wootz blade and decorated metal handle, that may have been covered with silver and gold originally. Provenance Major Herbert Mullaly, 9th Gurkha Rifles, died 1920 while on duty in Waziristan."

The article illustrates yet another, this one without sound provenance but with crescent moon mark also seen on the Fisher khukurī of the mutiny era. It is interesting to note that among the 12 khukurī in the Royal Collection Trust that were presented to King Edward VII, when Prince of Wales, during his tour of India in 1875-76, this style of hilt is not represented.

Now, absence of evidence is not evidence of absense. We would need to see and study more examples to get to a more accurate dating and attribution, but it is fairly safe to say they probably date from the late 19th to early 20th century.

A superior version of a rare type of khukurī. It has a blade of the fat-bellied budhune variety, paired with a rare type of iron hilt with fine chiseling and silver overlay. Complete with accessories and in excellent state of preservation. 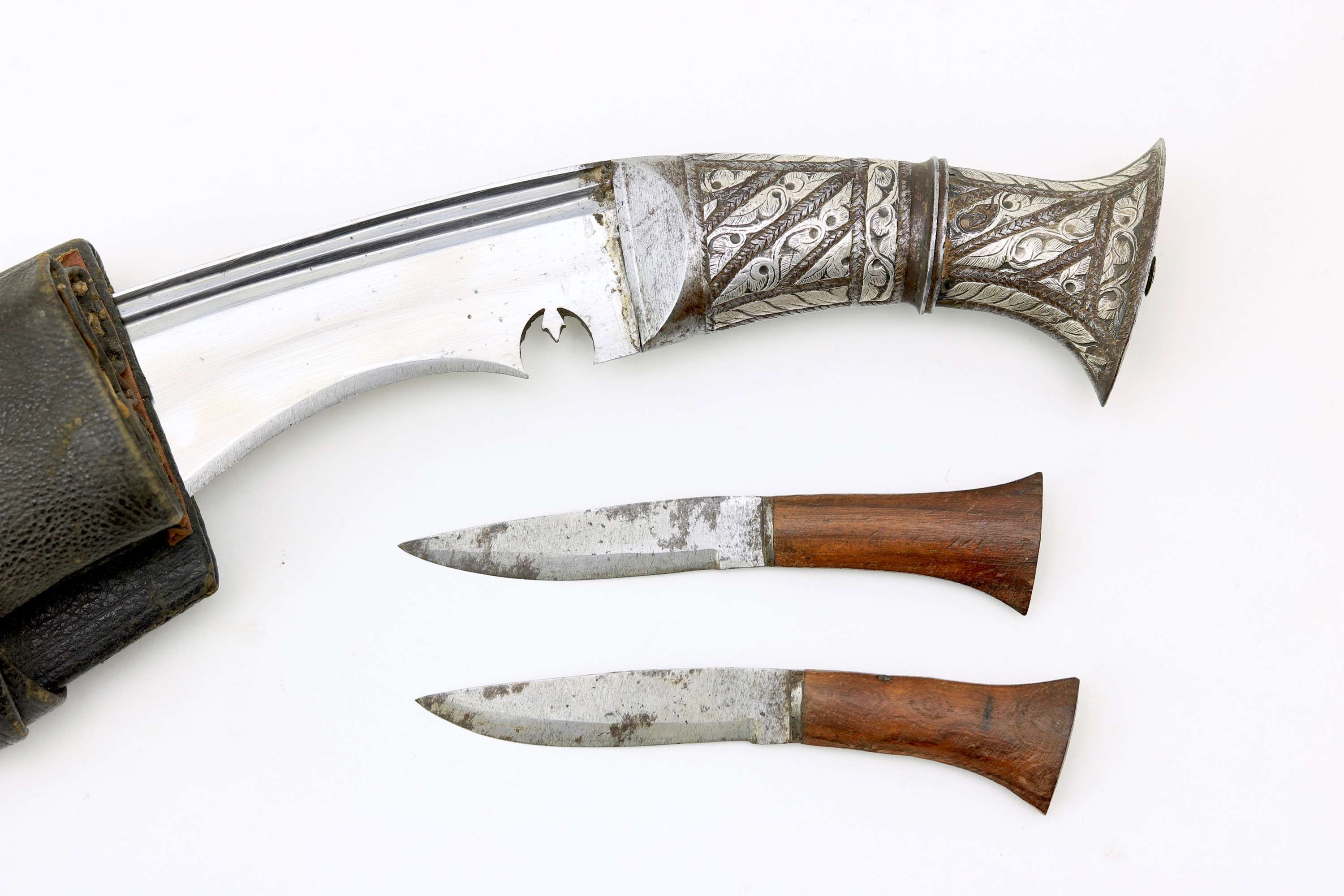 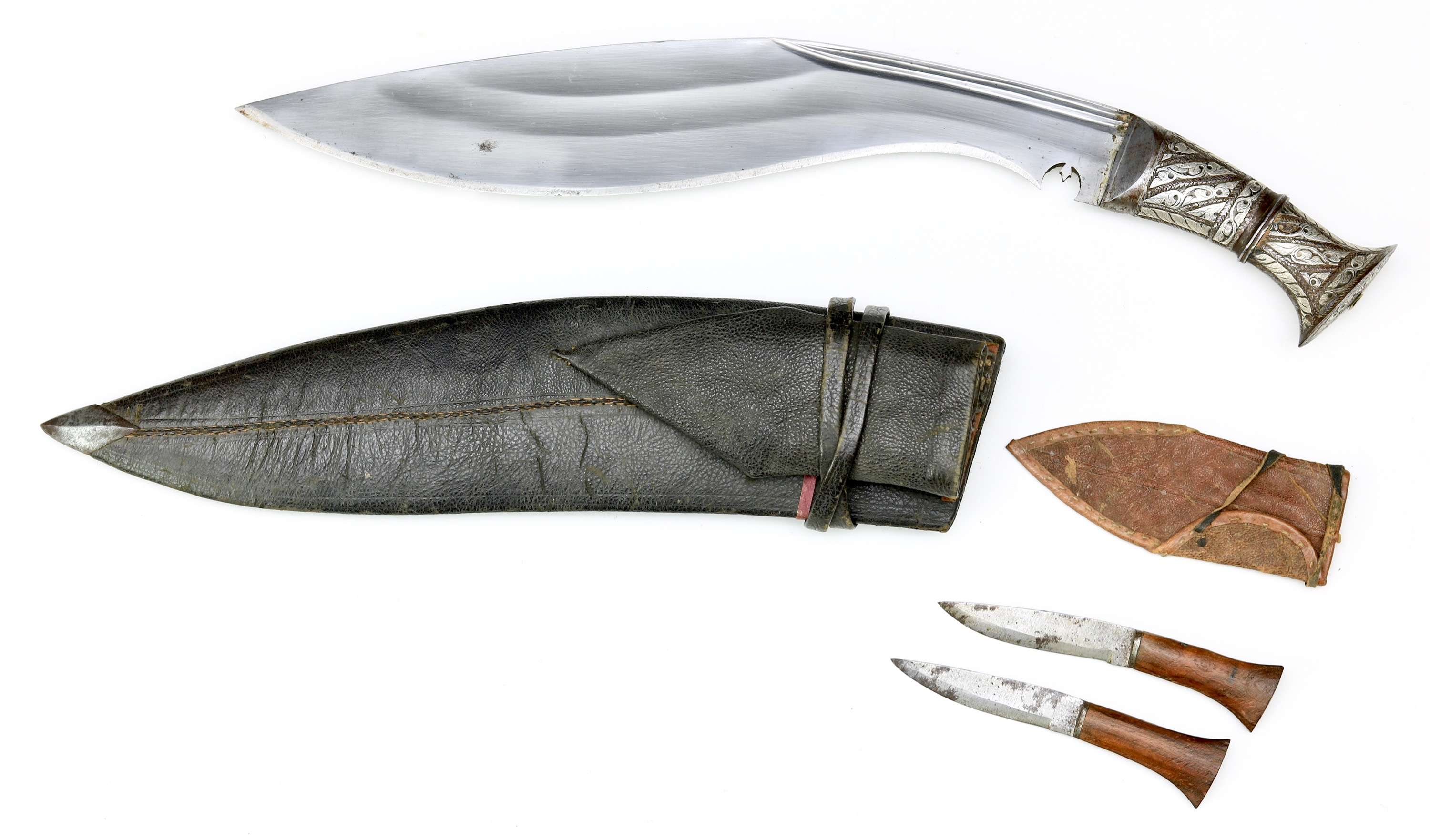 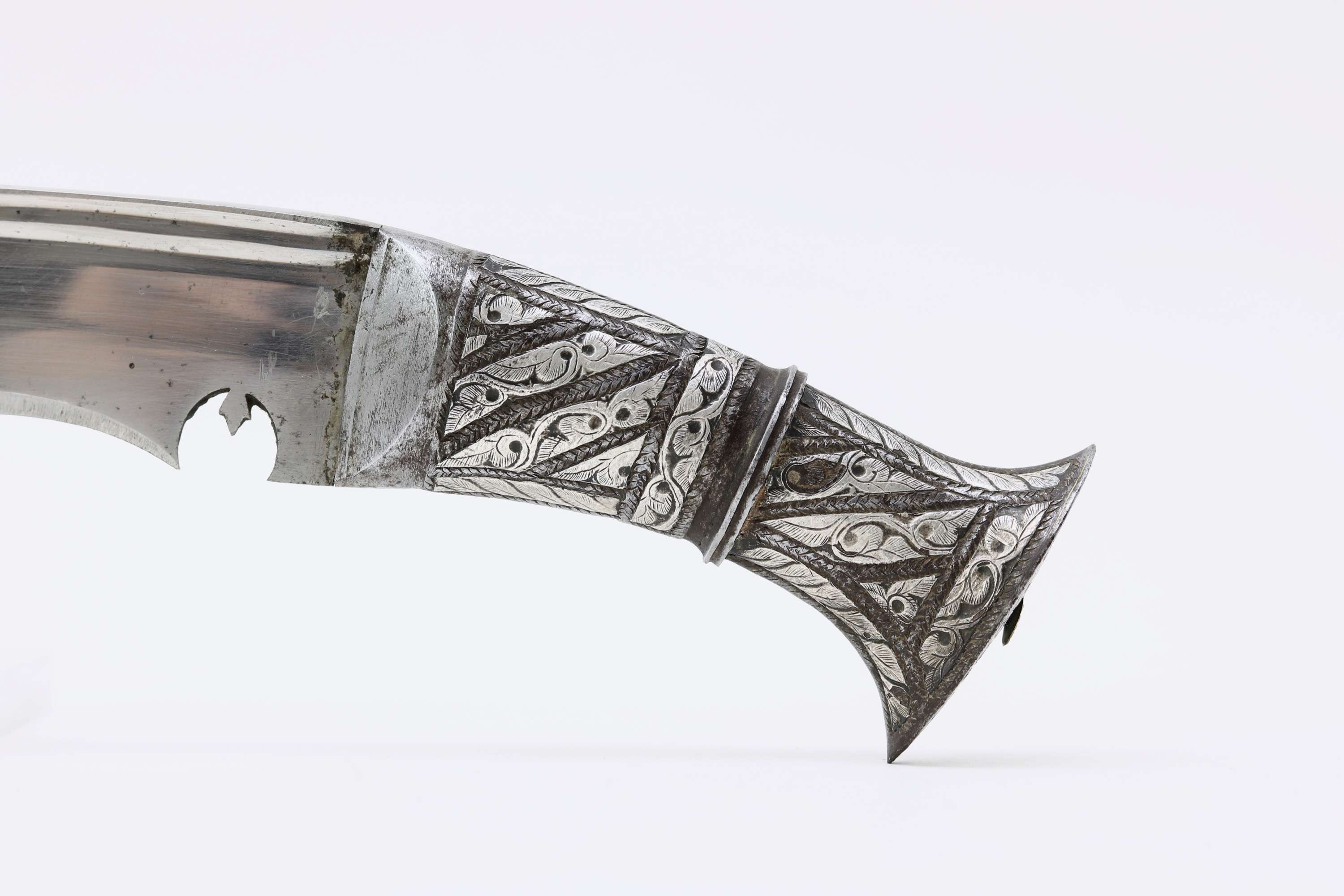