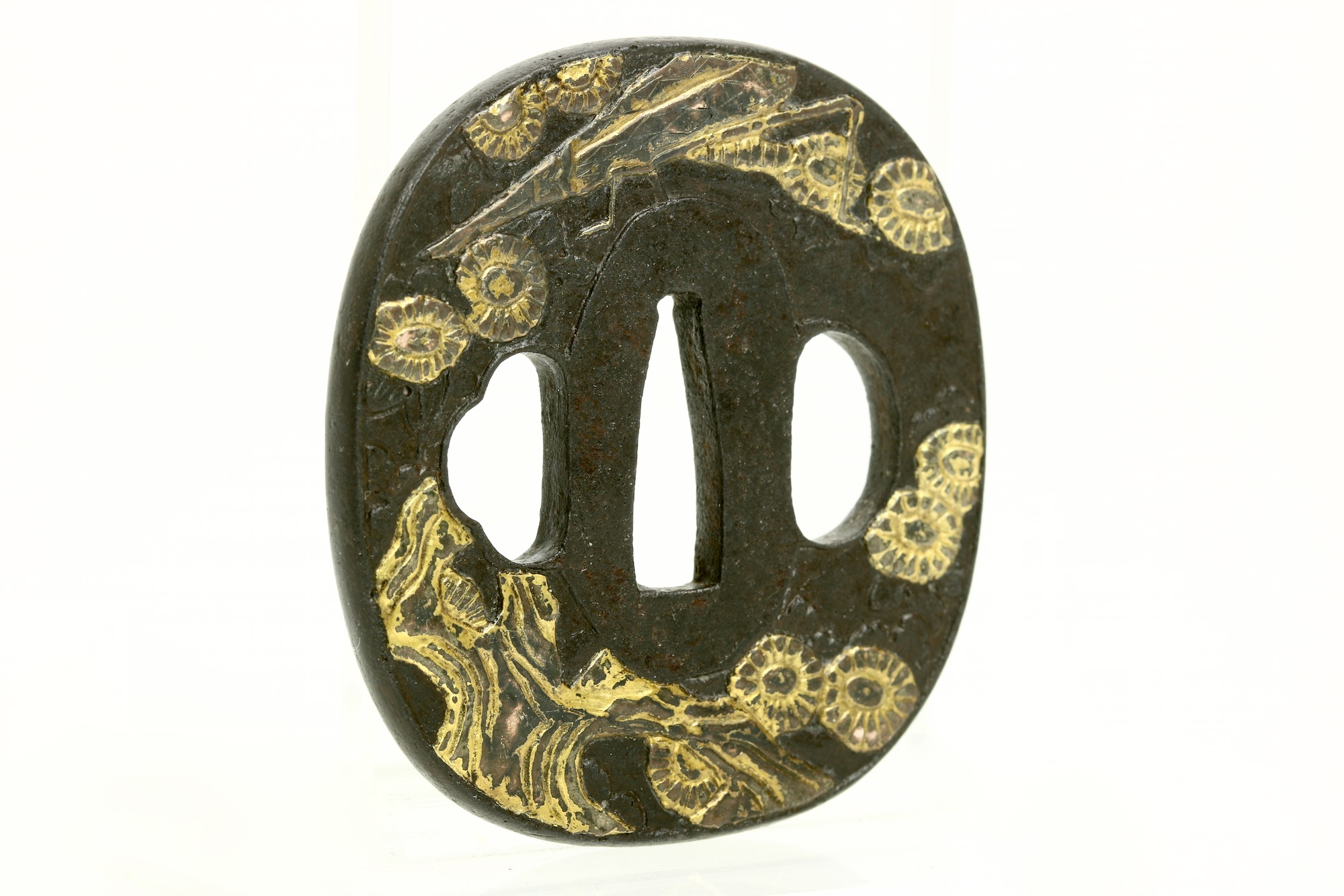 What are today known as "Ezo fittings" are a style of Japanese sword mounts that are characterized by being made of yamagane (an unrefined copper alloy) and with mostly flowery decoration, which was then fire-gilt. The workmanship is thought to be comparatively coarse for Japanese work and thus they are named "Ezo", referring to the island of Hokkaido or the Ainu people. This is perhaps an attempt by Japanese connaisseurs to attribute something that looks strange and foreign to someone other than their own culture. Just how Chinese style openwork fittings are consequently referred to as nanban or "Southern Barbarian", so must these mounts represent Northern Barbarian styles.

However, the late Tom Buttweiler convincingly argues that the origins of Ezo fittings are most likely to be found in the re-using of old armor parts as sword mounts. This started in the 13th century, following the failed Mongol invasion attempts where there was a shortage of fitting makers.1 The mounts and later fittings in that style thus represent style popular in Japan at earlier times, with possibly also stronger Chinese and Mongol / Jurchen influences. These styles probably then remained in use in the north much longer than in the more southern areas where fashion moved forward faster.

Ezo mountings are usually guardless, (called aikuchi) which is why Ezo style tsuba are nearly non-existent. Similar decorative motifs with flowers and insects were also used by Mino schools, who did make tsuba but generally not in iron.

An rare Japanese tsuba (sword guard) in Ezo style. It's from the collection of Skip Holbrook whose notes said:

The Momoyama period lasted from 1573 until 1600, when Tokugawa Ieyasu defeated the supporters of the Toyotomi clan at the Battle of Sekigahara and consolidated his rule over Japan.

The insects are probably the Oriental longheaded locust, shouryou-batta in Japanese. Shouryou is the Japanese Buddhist word for "spirit of the dead" while batta simply means grasshopper.

Style-wise the work is also somewhat reminiscent of Mino work, like the Mino Mitsunaka school.

The guard is signed although the signature is now unintelligible.