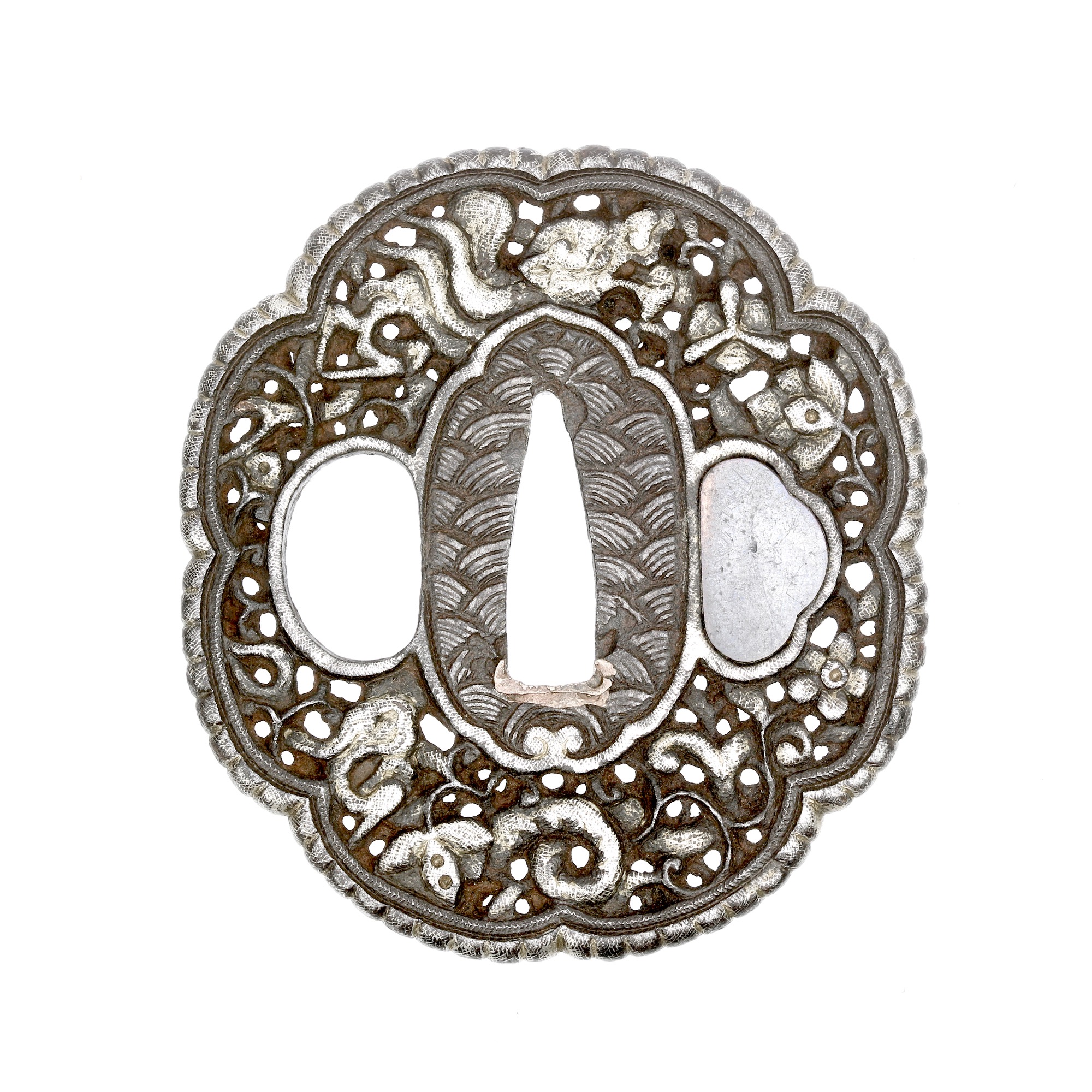 It is probably Japanese for the Japanese market but heavily inspired by foreign designs. It consists of two dragons amidst scrollwork with vines and flowers, one of them has been able to secure the pearl in its three-fingered claw.

Dragons usually only chase it in Chinese artwork, but in some Himalayan artwork (mainly southeastern Tibetan, Nepalese and Bhutanese work) they actually manage to grab one, or more, such as this dragon. The execution of the dragons, with narrow, straight claws, is very much Japanese but the theme betrays the Himalayan origins of such work.

The Metropolitan Museum has a Sino-Tibetan saddle (accession number 1997.214.1) with a dragon holding two peals, its claws rendered in a very similar way but having more fingers.

The washer seat is carved in shallow relief with stylized waves. The overall shape follows a design that was seen on some Chinese sword guards. Tang aperture shows it has been mounted, probably on a wakizashi. Kogai hitsu-ana is plugged with shakudo.