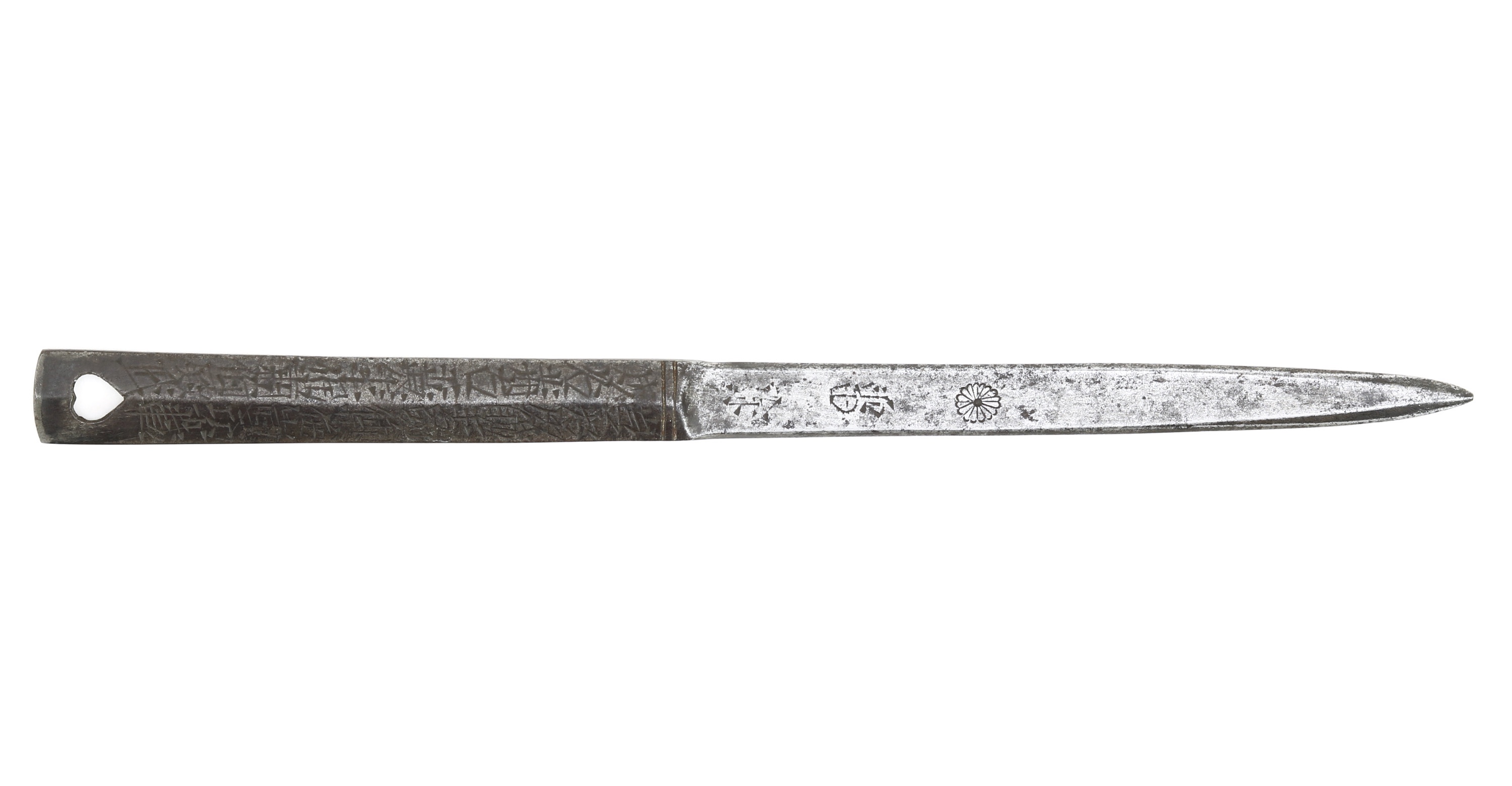 Kankyûtô are archaic double-edged kozuka, made of a single piece of steel with a double-edged tip and hole at the back of the handle. It was carried in the scabbard of the Japanese sword, like the more common kozuka.

The purpose of the kankyuto was associated with the handling and tagging of severed heads taken from defeated enemies. Theories differ on what exactly they were for, affixing a tag to the head or affixing a thread to the head, both by means of the hole in the back. They fell out of practical use in the late 16th century when the tradition of taking enemy heads was seized, but production continued in the Edo period probably out of nostalgic reasons.

A classic example of an Edo period "revival" kankyûtô. Of a one-piece construction, with a double-edged tip. The hilt has a raised center ridge and an inome (boar's eye) shaped hole at the end.

On the hilt is chiseled a Chinese poem. I'm not sure about all characters, but it reads something like:

Such poems often feature on these pieces, with slight differences in the characters used. They are believed to be an homage to fallen warriors.1

On the blade is chiseled a 16-petal Chrysanthemum mon, the imperial logo, and the words: 雷除 “kaminari-yoke", a talisman against thunder and fire.

Pieces like this one are believed to have been made as replicas of an 11th century piece that once belonged to the famous samurai Minamoto Hachimantaro Yoshiie (1039-1106 A.D.). They were apparently commissioned by daimyo Matsudaira Sadanobu (1759-1829 A.D.), who owned the original and had these reproduced by the notable smith Tegarayama Masashige.

Because the reference is merely a description on an unnamed website, with no other footnotes to follow-up on, I have not been able to trace whether this story checks out. It could explain the use of the imperial mon on them, and the fact that all surving examples tend to be extremely similar to one-another, possibly all resembling the 11th century prototype. 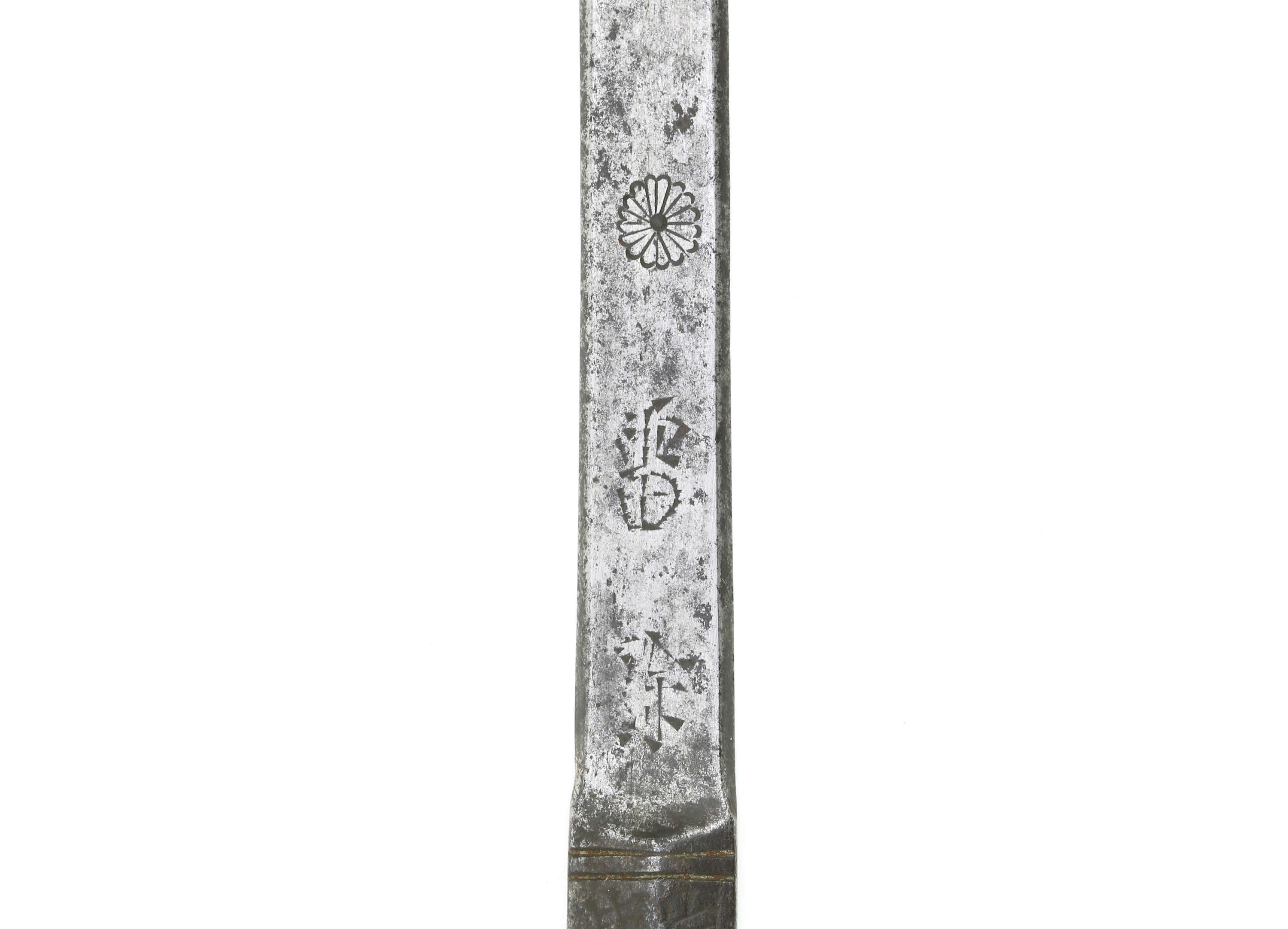 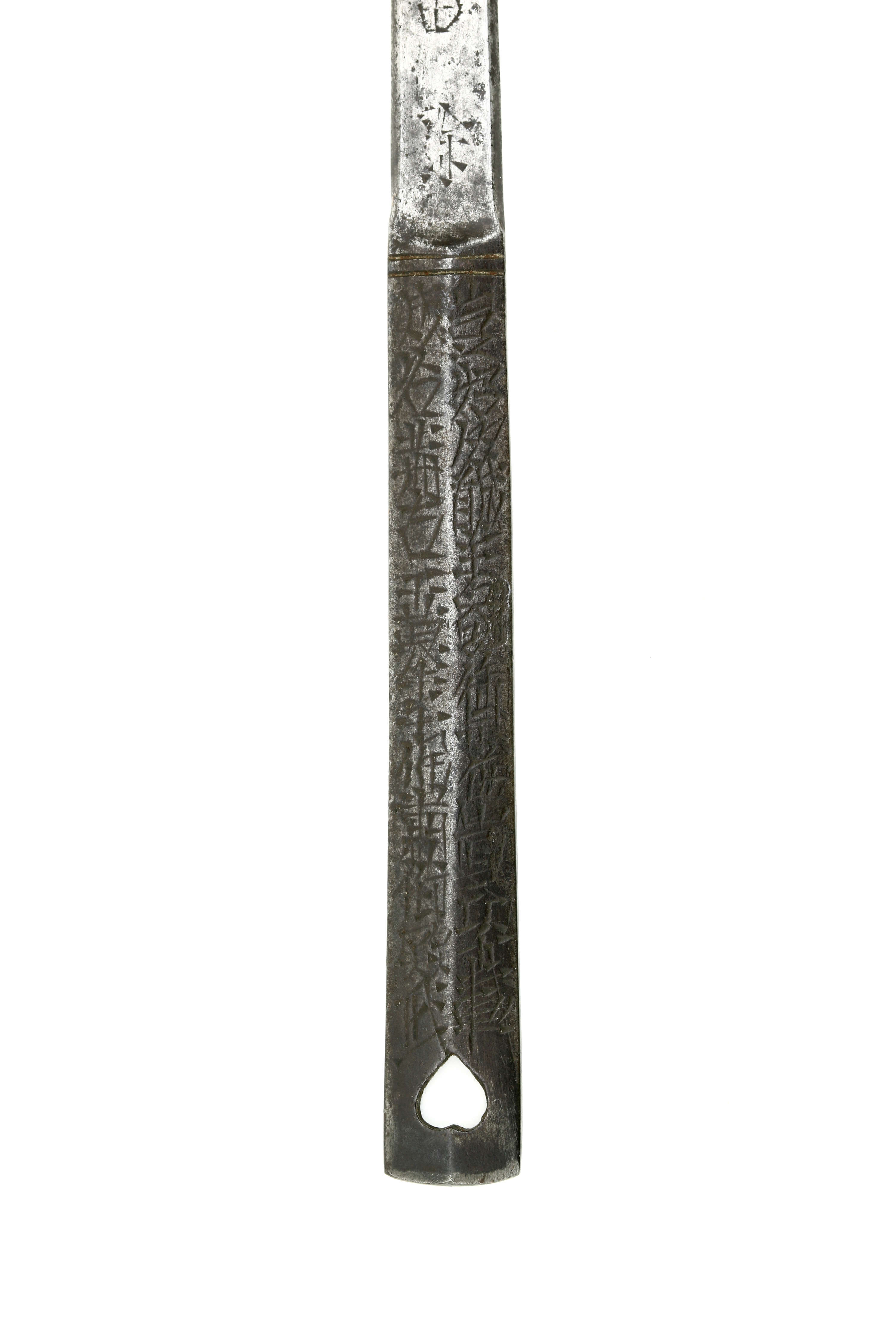