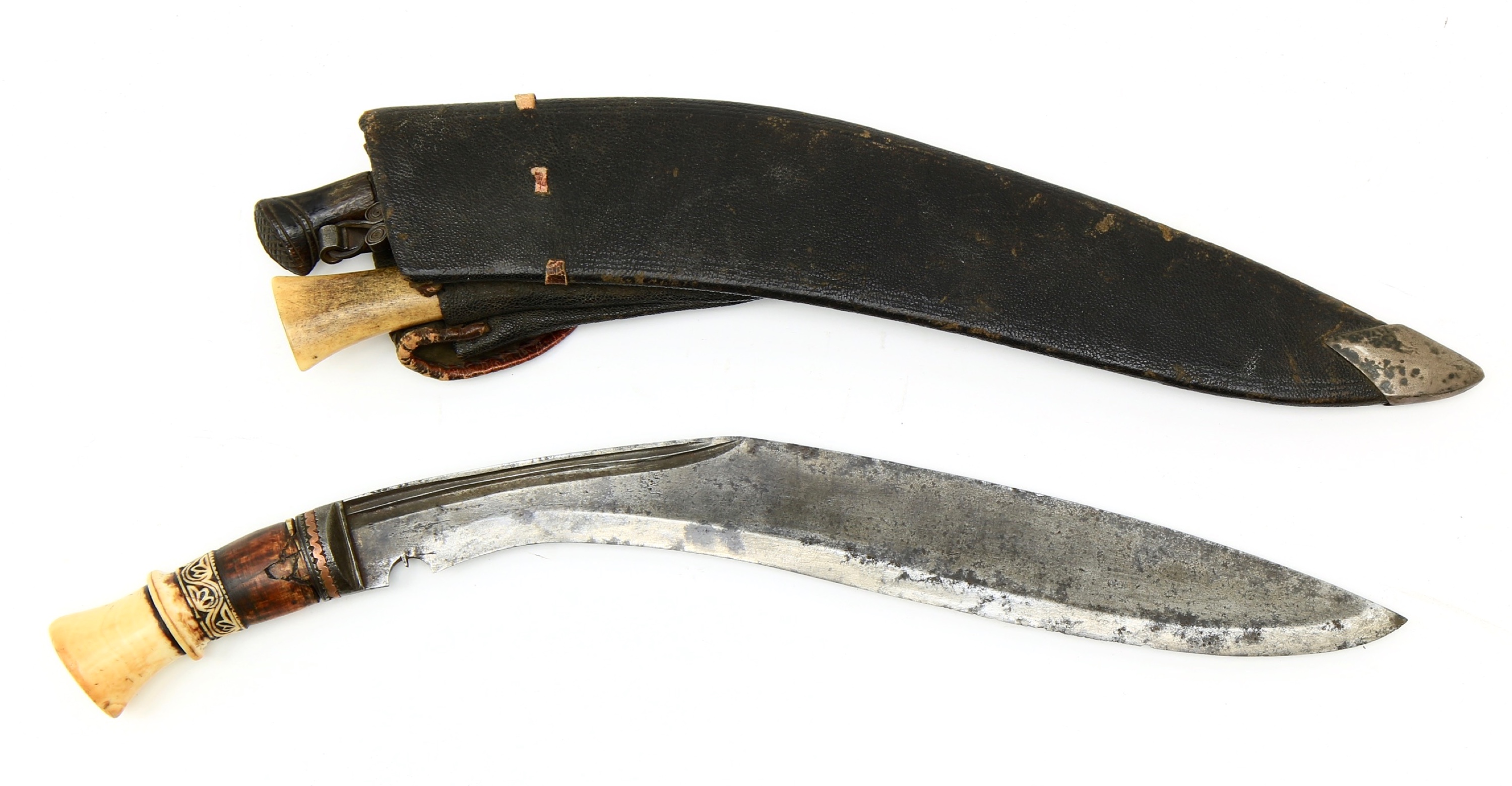 Narrowest at base 25 mm

Sirupātē (सिरुपाते) refers to the long leaf of the siru (सिरु), a local grass and is used as an adjective to describe to long, elongated things. A glance at the blade shows why it got that name, it is very slender for a khukurī. Despite that, it is relatively thick and feels heavier than one would expect.

The blade is otherwise of classic layout, two grooves along the spine up to the shoulder of the blade. The "flats" slightly hollow ground, thickening towards both the spine and the edge bevel. It has a relatively shallow notch, or kauro.

The hilt is made of carved ivory, well worn from use. It has an iron bolster with copper inlaid ornamental band. The top part is stained a dark brown, the rest left its natural color for contrast. Is has an attractive ornamental band consisting of repetitive stylized floral engraving, just above the ridge. The pommel is of typical early, narrow profile.

It comes complete with its original scabbard. Made of wood, covered with fine morocco-grained leather and with a white metal chape. It retains its back pockets, complete with karda, cakmak, and a pair of tweezers.

Blade darkly patinated throughout, with minor pitting and edge damage. Grip was broken at some point and re-attached. The V-shape of the break, probably over the grain of the ivory, can clearly be seen. The pommel also chipped, but a long time ago and many years of use have polished it smooth again. There is very minor play in the handle. Scabbard in pretty good condition, only minor losses. See photos.

Such narrow sirupātē khukurī have been made and used throughout the 19th century but are primarily associated with the first few decares of the century. An aid in dating them can be found in the hilts. 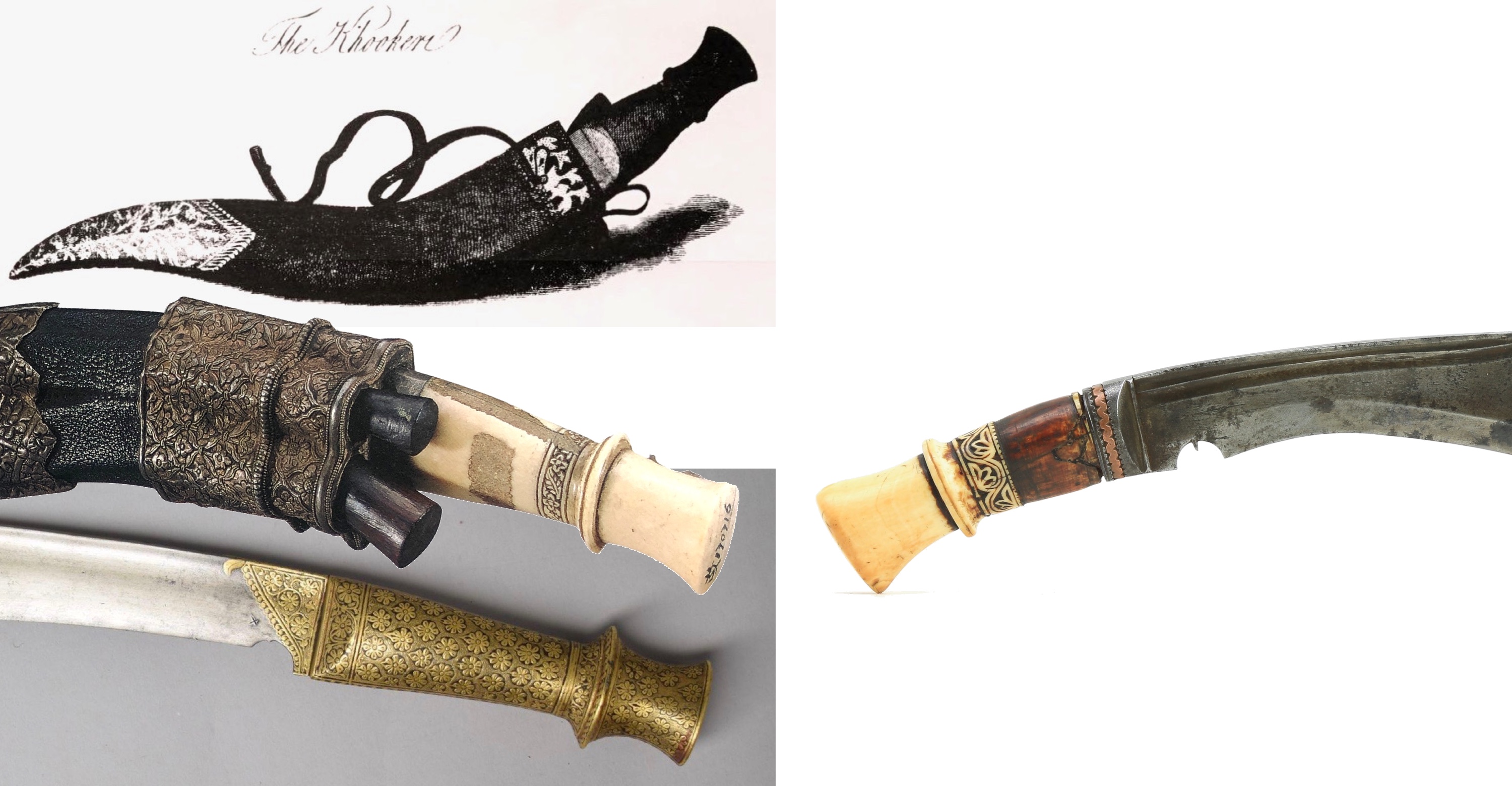 Above is a composite image that shows on the left, top to bottom:

On the right is the hilt of the khukurī that is the subject of this article, which is not quite as old as the 18th century examples, but also not much younger.

Notice the similarities in hilt shape. During the course of the century, the pommel would start to flare out more so that by the 1850s, the butt end of the hilt could be nearly twice as wide as the narrowest part of the hilt. 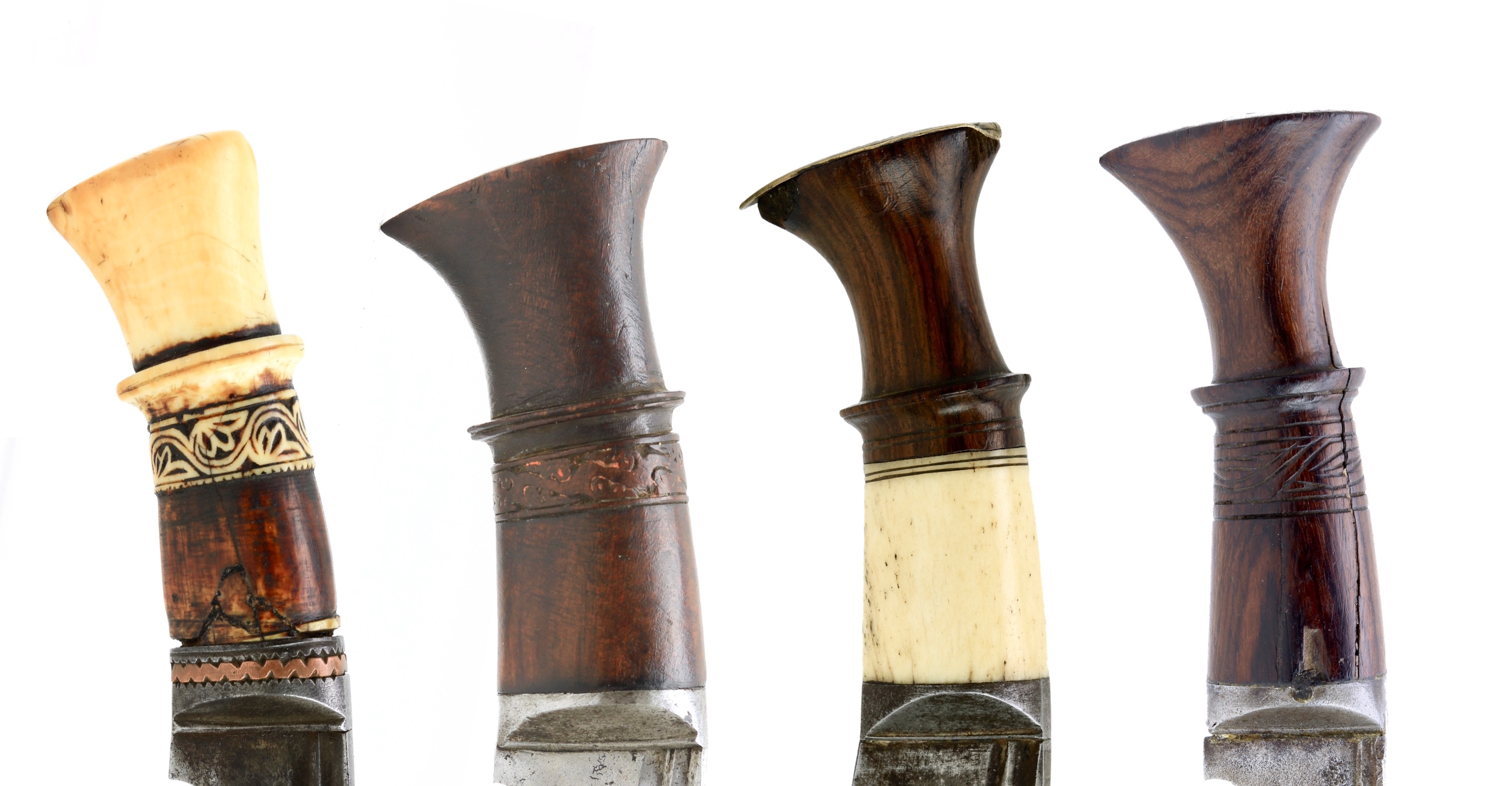 Above four khukurī hilts showing a general trend I have noticed in pommel evolution. Left to right:

The above dating system is not definitive and all-inclusive. There is for example some overlap between the styles and revivals of earlier styles. I will go in-depth into the subject later in separate articles. But it does provide a decent rule of thumb for helping to date 19th-century khukurī.

A rather rare example of an early sirupātē khukurī from the early 1800s. Its condition is not perfect, but pretty decent for a piece that's possibly already 200 years old. Complete with scabbard and tools.

The item is within article 2 of council regulation EC NO338/97 and within Convention of International Trade of Endangered Species (CITES): The materials were removed from the wild and significantly altered from their natural state well before the date of convention: June 1st, 1947. At the time of writing, September 2020, it can be freely traded within the EU without a permit, and is eligible for CITES export permit for trade outside of the EU.

Buyers outside of Europe: Beware that it may not be possible to export the item to your country due to restrictions on international ivory trade. CITES sets the minimal restrictions, countries and states under the convention often maintain further restrictions on top of CITES. Both export and import permits are required. 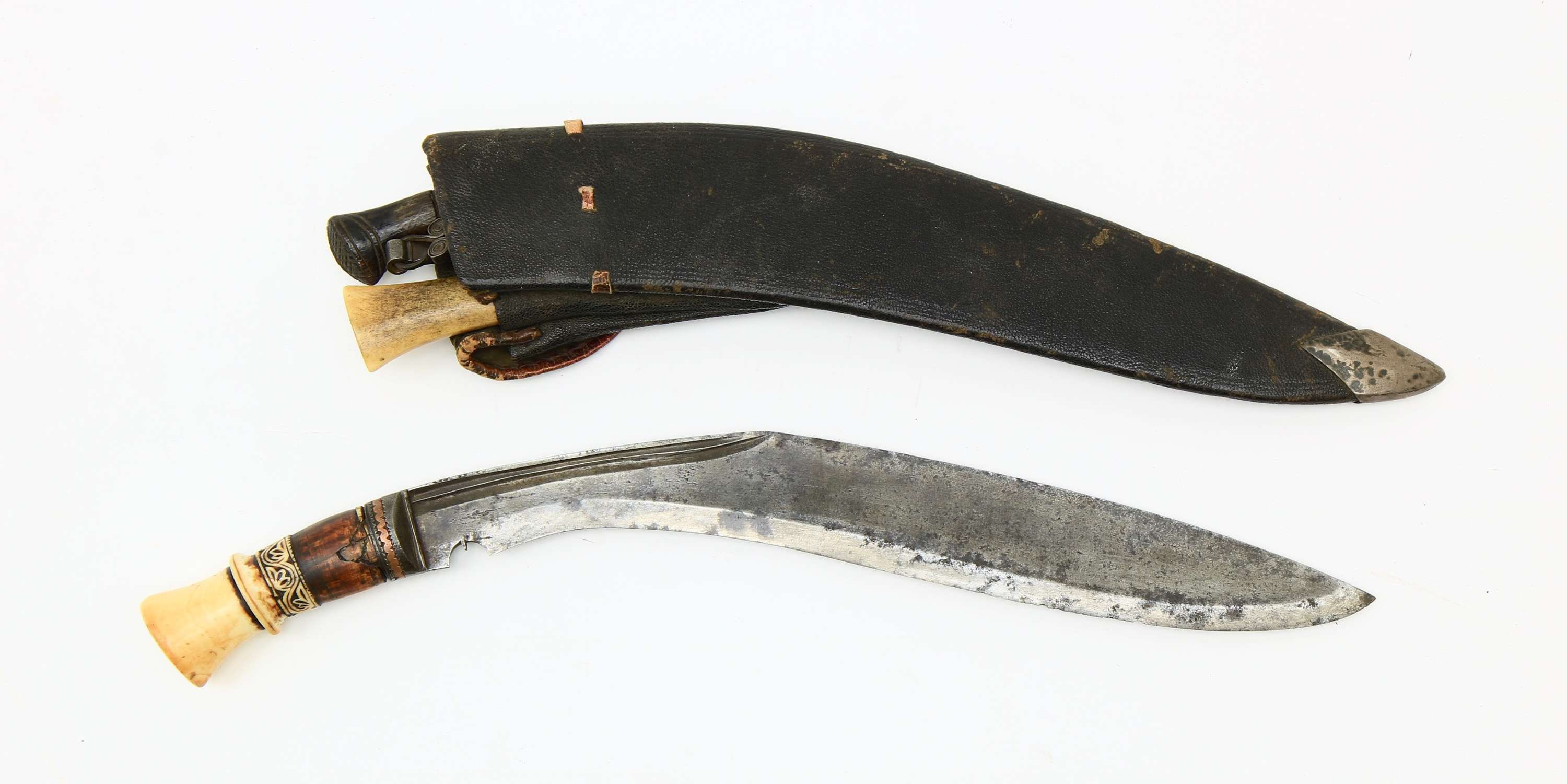