12.5 cm from handle side of the guard

Of fairly standard size and weight for a 16th to 17th-century militia jiàn, it has a thick and heavy blade that is of sanmei construction with a high-carbon hardened edge plate between protective layers of tougher steel. The blade has obviously seen action, with several cuts made into the tougher steel by another weapon.

Its most unusual feature is the asymmetrical crossguard, with one end pointing slightly up and the other pointing slightly down. The same effect is seen on a saber carried by a northern huntsman on a 15th-century painting in the Freer and Sackler gallery. Crossguards were common on Chinese and steppe weapons well into the Ming dynasty, mostly on sabers but also seen on jiàn. They were supplanted gradually by discoid guards and more elaborate zoomorphic guards on later jiàn.

A practical fighting jiàn of the late Ming, exhibiting a rarer early form of crossguard. 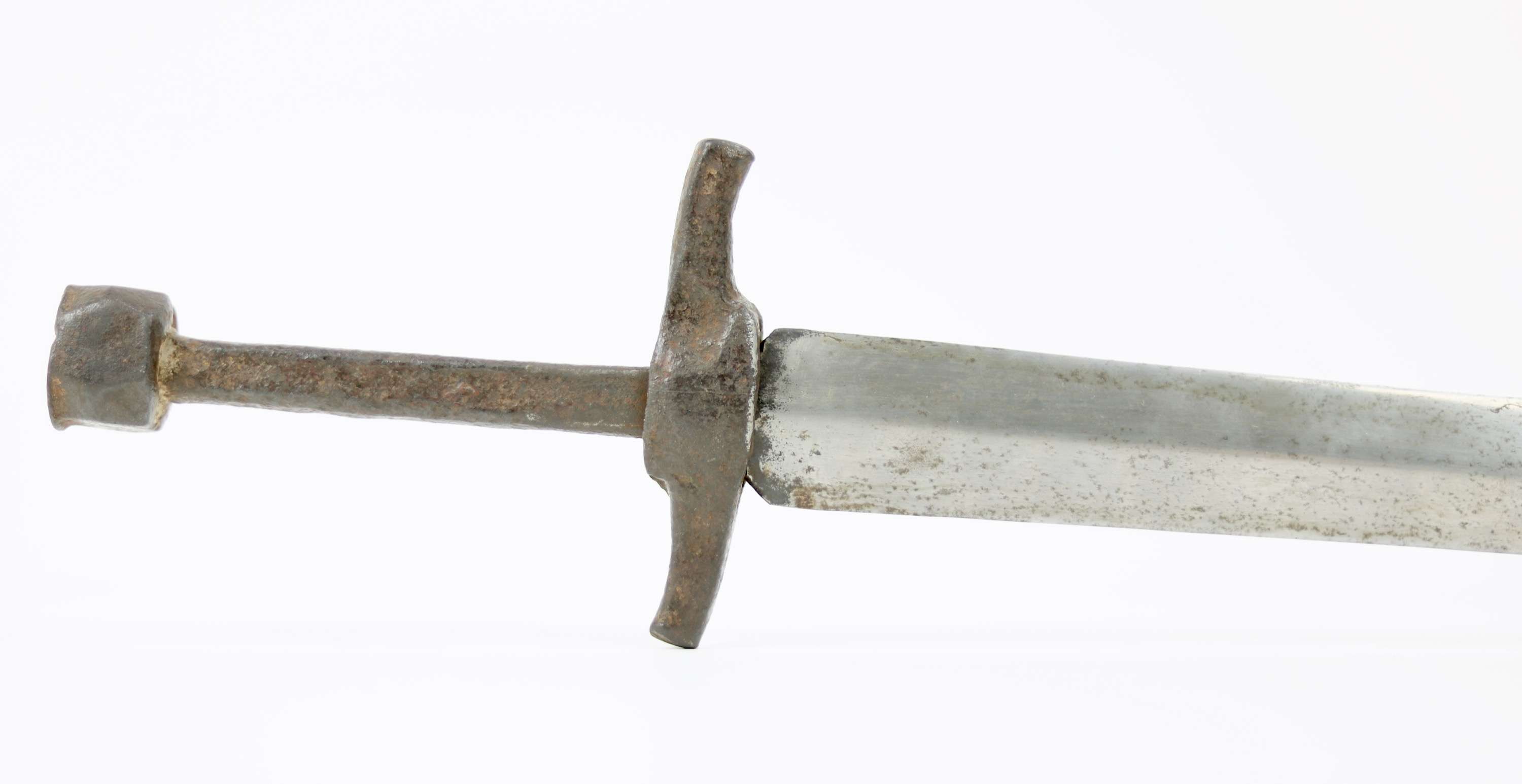 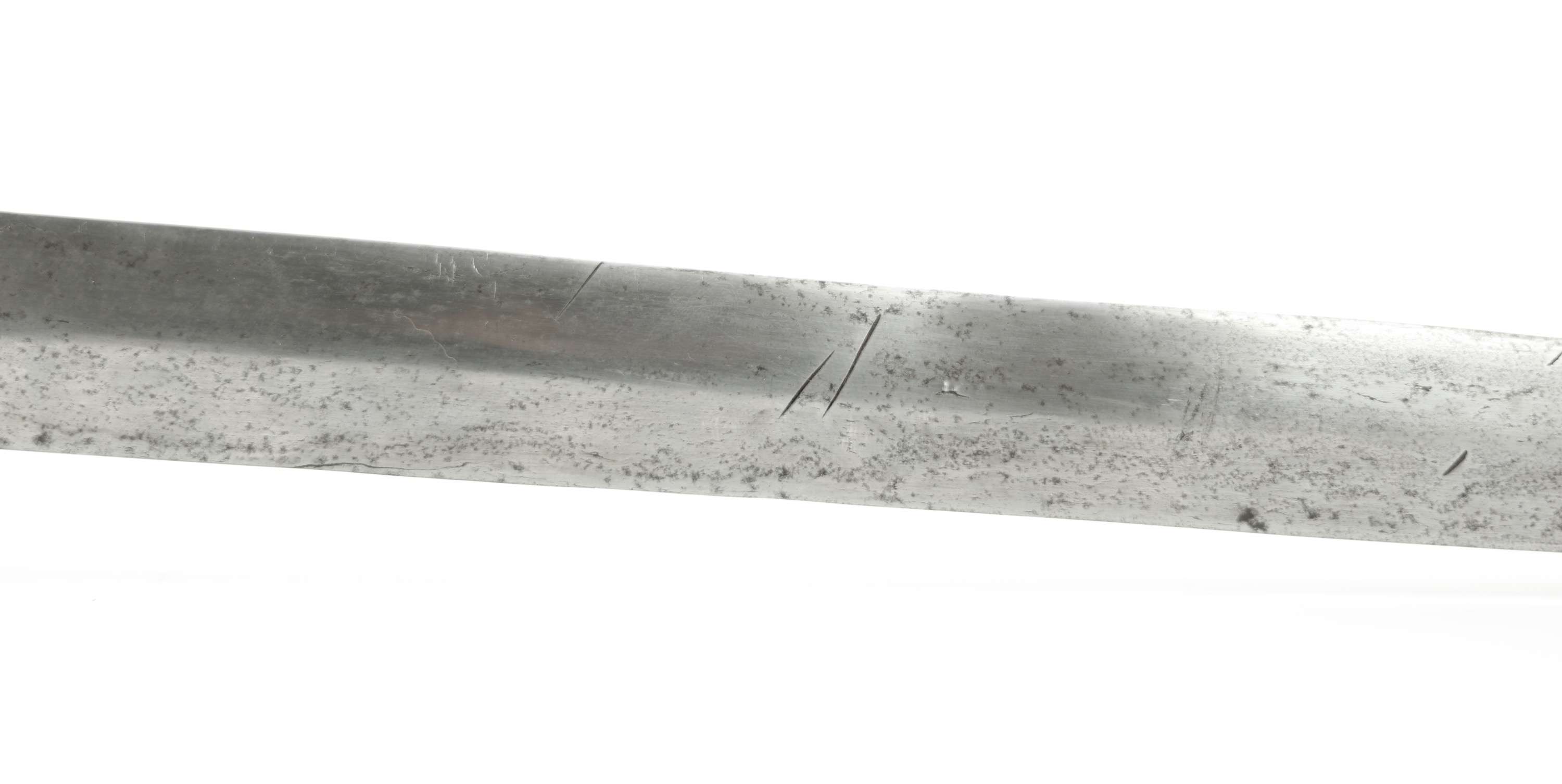