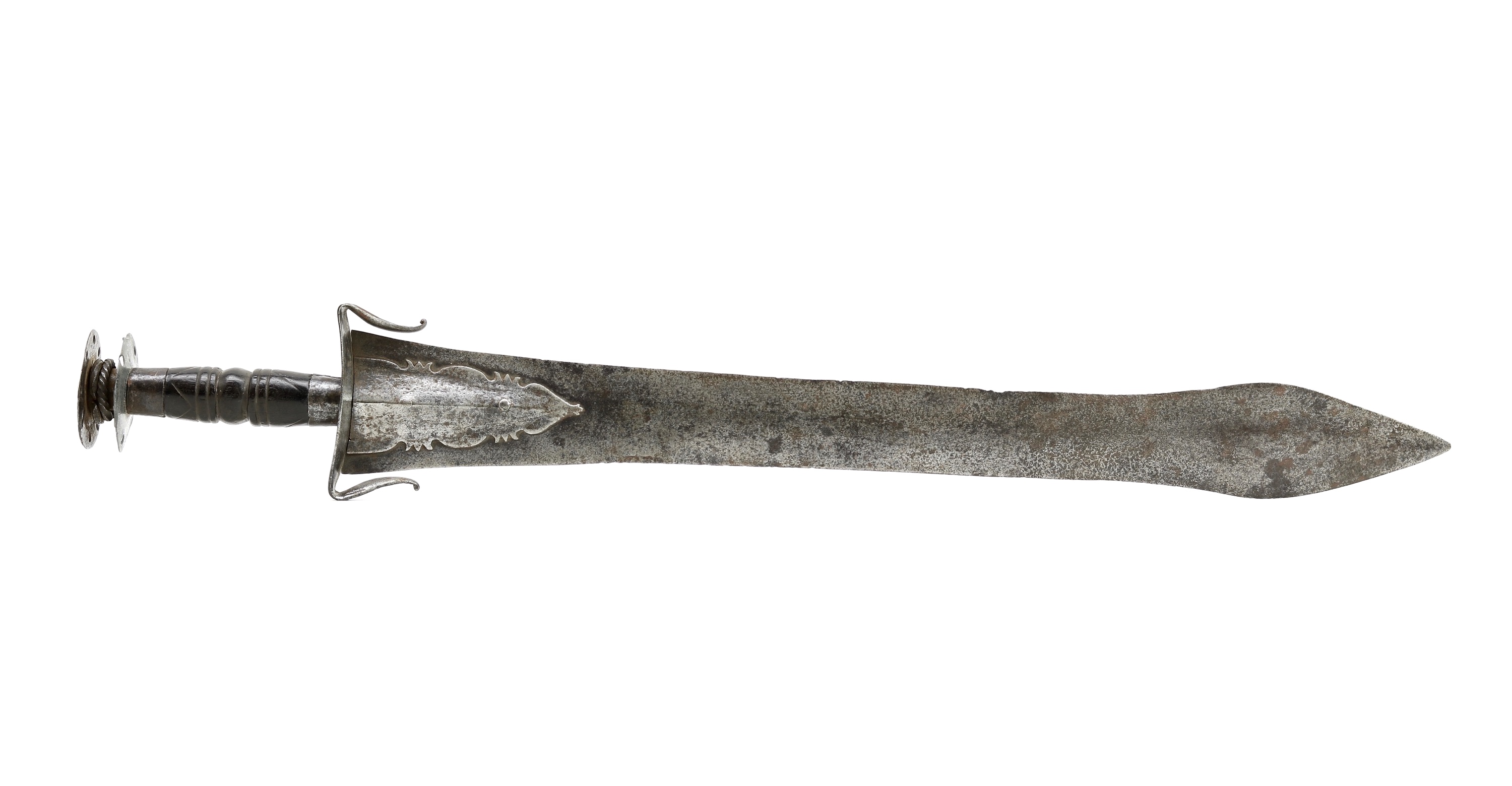 A charming Indian sword of khanda form, of a type that is primarily associated with south India, but was used in Kerala on the west coast, Tamil Nadu in the south, and along the eastern coast up to Odesha. Short varieties were also called churika in the Malayam language of Kerala.1

It features a broad blade that gradually narrows, until widening again at the spatulate tip. The blade shows hints of forge-folding and is a practical fighter with edge damage here and there.

Two ridged plates riveted to the base of the blade provide additional rigidity. The guard is cleverly made of iron sheet, beaten in hollow forms for extra strength. Although simple in execution, the guard and plates have attractive aesthetics.

The grip is made of dark patinated hardwood with ornamental carvings with an iron ferrule on either side. The pommel consists of two iron plates with holes in the edge that probably once held rings with jingles as was common on south Indian arms. The sword is not rendered silent though, two rings made of twisted iron bars in between the pommel discs still provide ample rattling when moved around.

A simple but attractive early Indian sword with nice aesthetics. 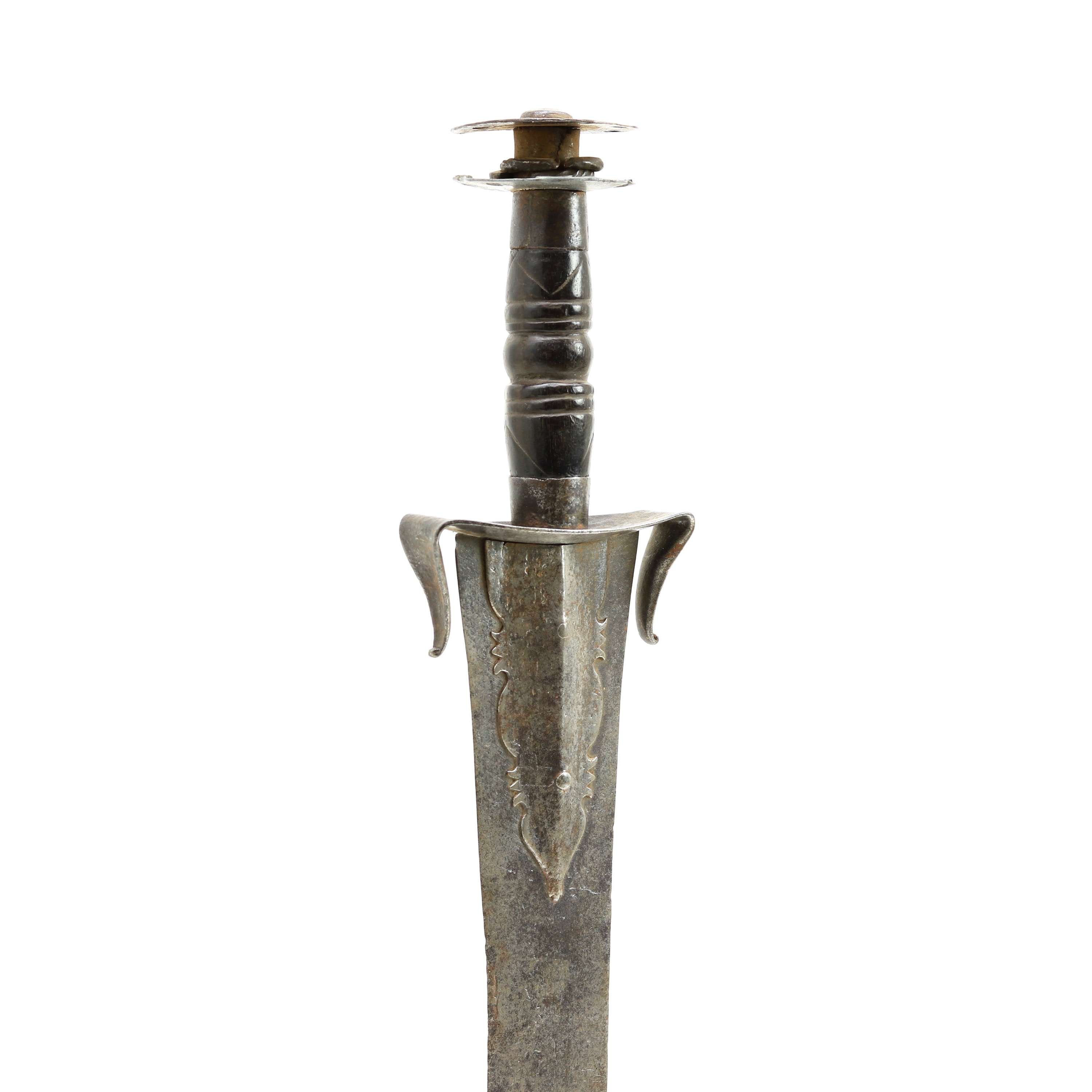 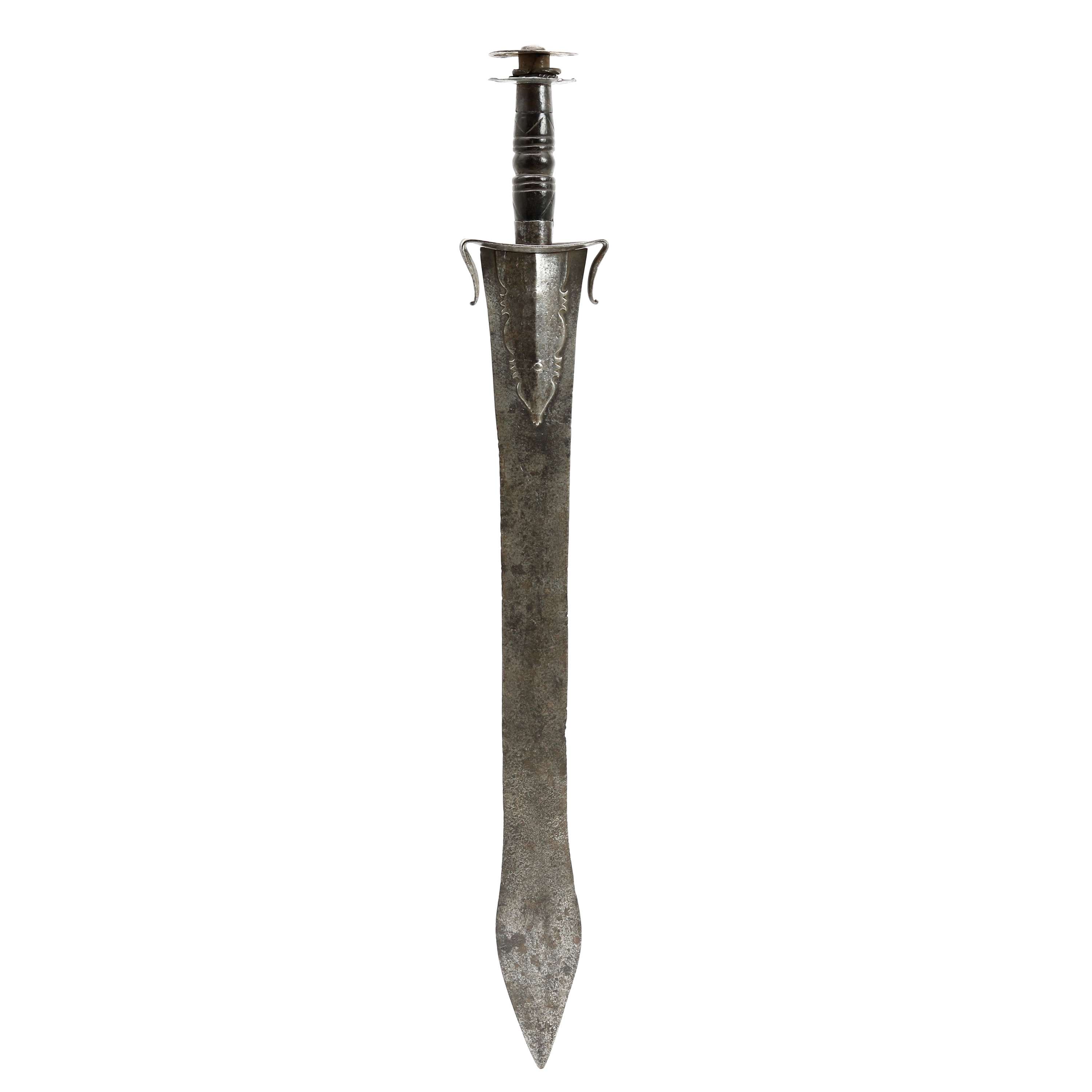