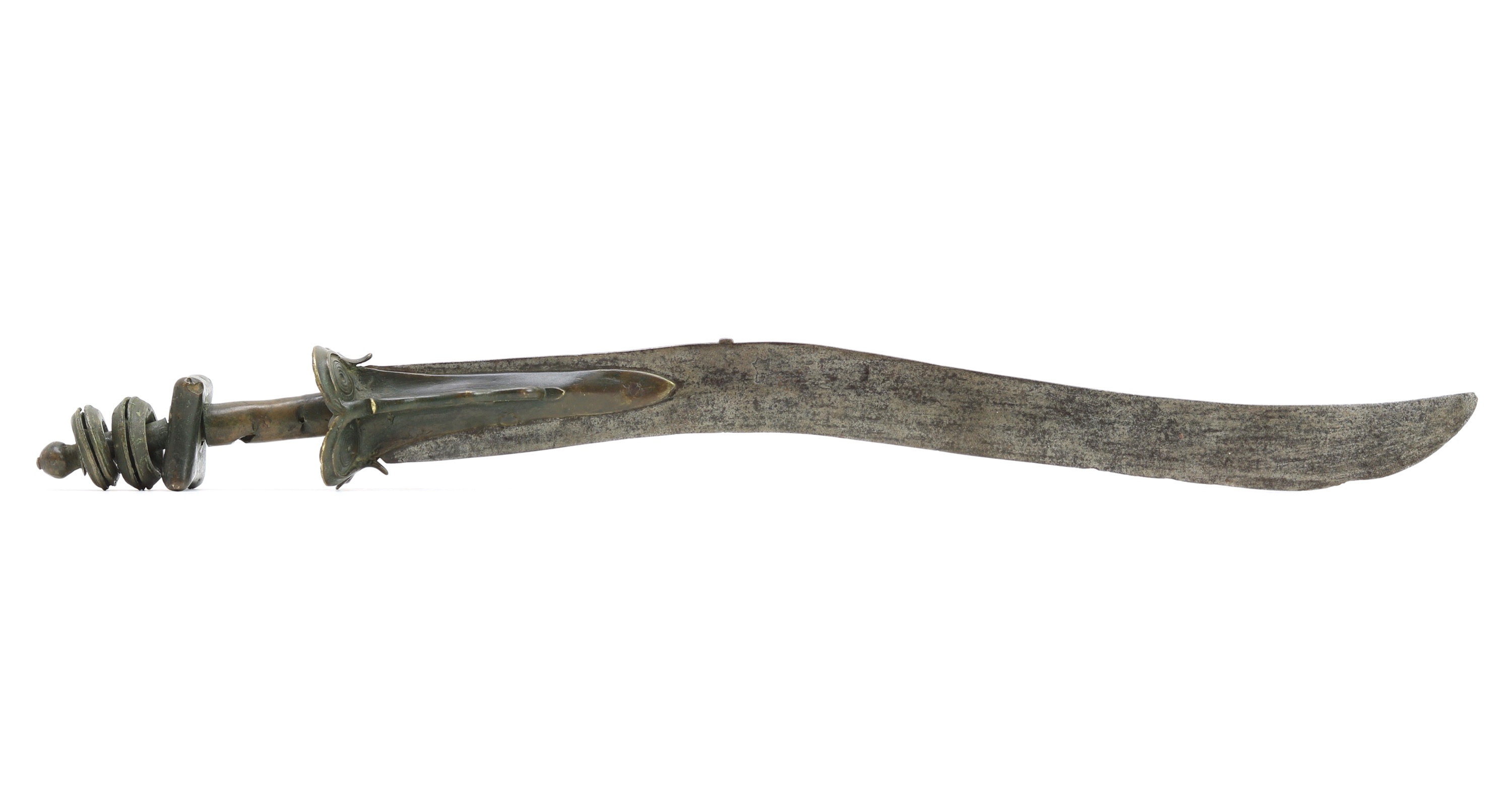 Swords like this are often called "Nair temple sword" because they are still found and used ceremonially in Nair temples up until this day. The Nair were the warrior caste of the Tamil people and the swords used are based on actual military swords used in earlier times.

Swords with a recurved blade appear in India quite early, probably modeled after the kopis sword carried by Alexander the Great and his armies. They remained in use for well well over one and a half thousand years, being one of the primary sword types used until at least the Vijayanagara empire that lasted from 1336-1646.

Vijayanagara defeat at the hands of the allied Deccan sultanates, primarily after the Battle of Talikota of 1565, gradually started the replacement of traditional south Indian recurved swords to northern style, curved talwar swords.

An interesting fighting example that probably dates from the 16th century or earlier. It has a forge folded, recurved blade with a very wide and shallow fuller following the contour of the spine.

The blade's contour shows earlier damage was polished out towards the tip, indicative of active service.

The guard is cast from a single piece of bronze, including long langets between which the blade is held. Further stability, and not unimportantly, a cobra-like appearance, is provided by ribs with thickened wavy edges. The quatrefoil guard is decorated with four rings, chakra. Such hilts appear from at least the Chola dynasty.1

The grip section is a simple bronze cylinder around the iron full tang. The pommel consists of a square cushion-like piece, with two rings above it. The rings contain pieces of metal so they make a jingling sound when the sword is moved. The end of the tang is peened over a bud-shaped finial. 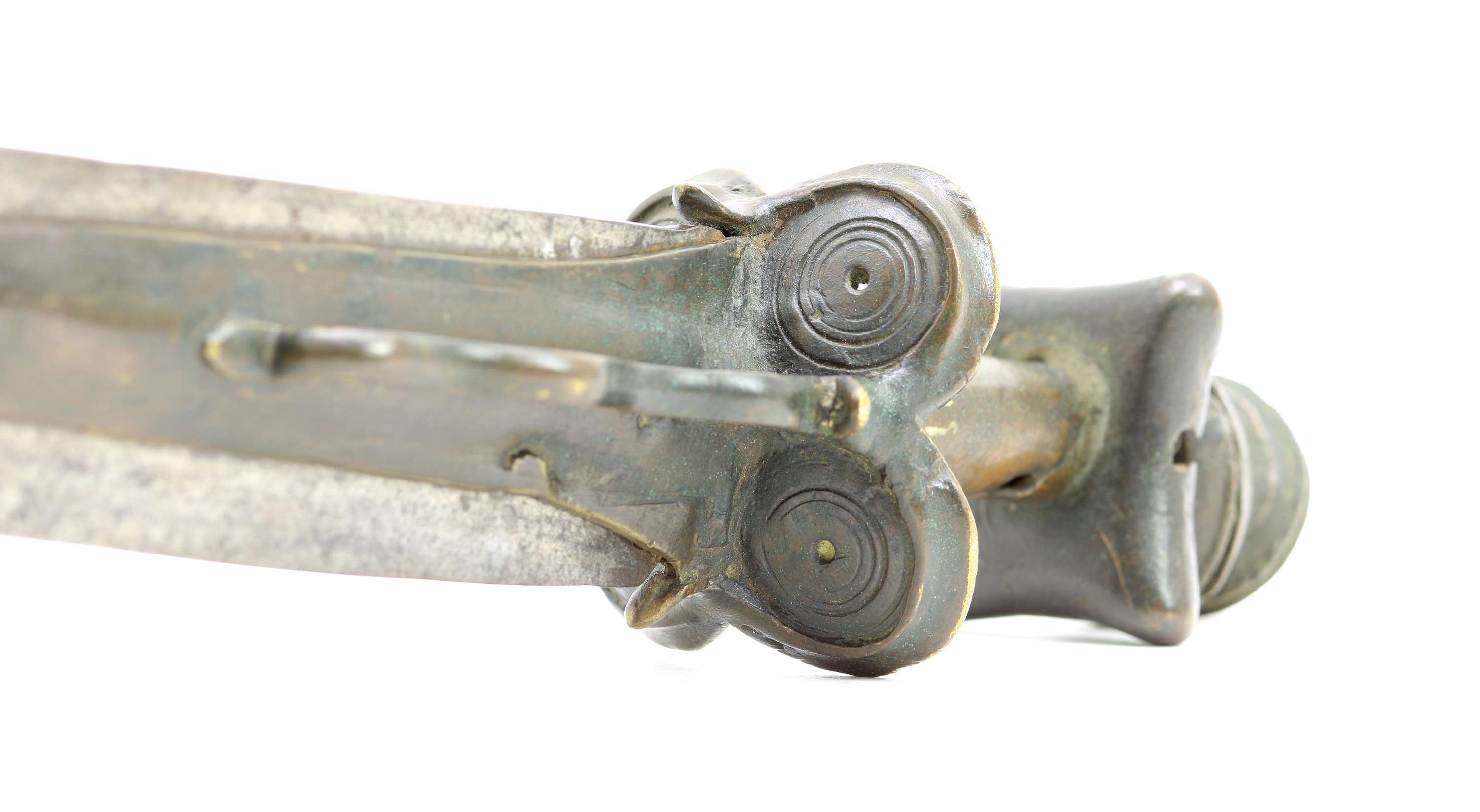 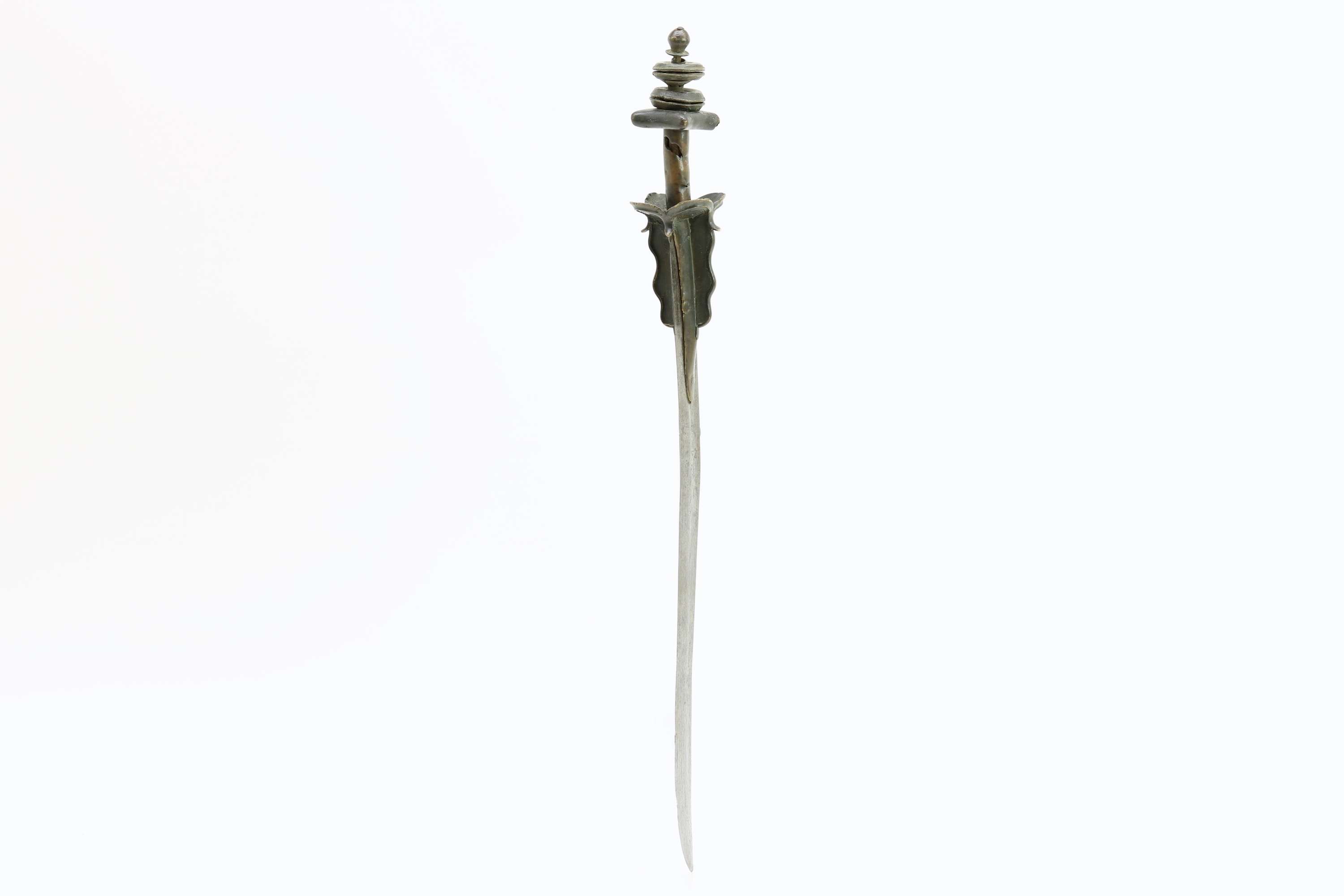 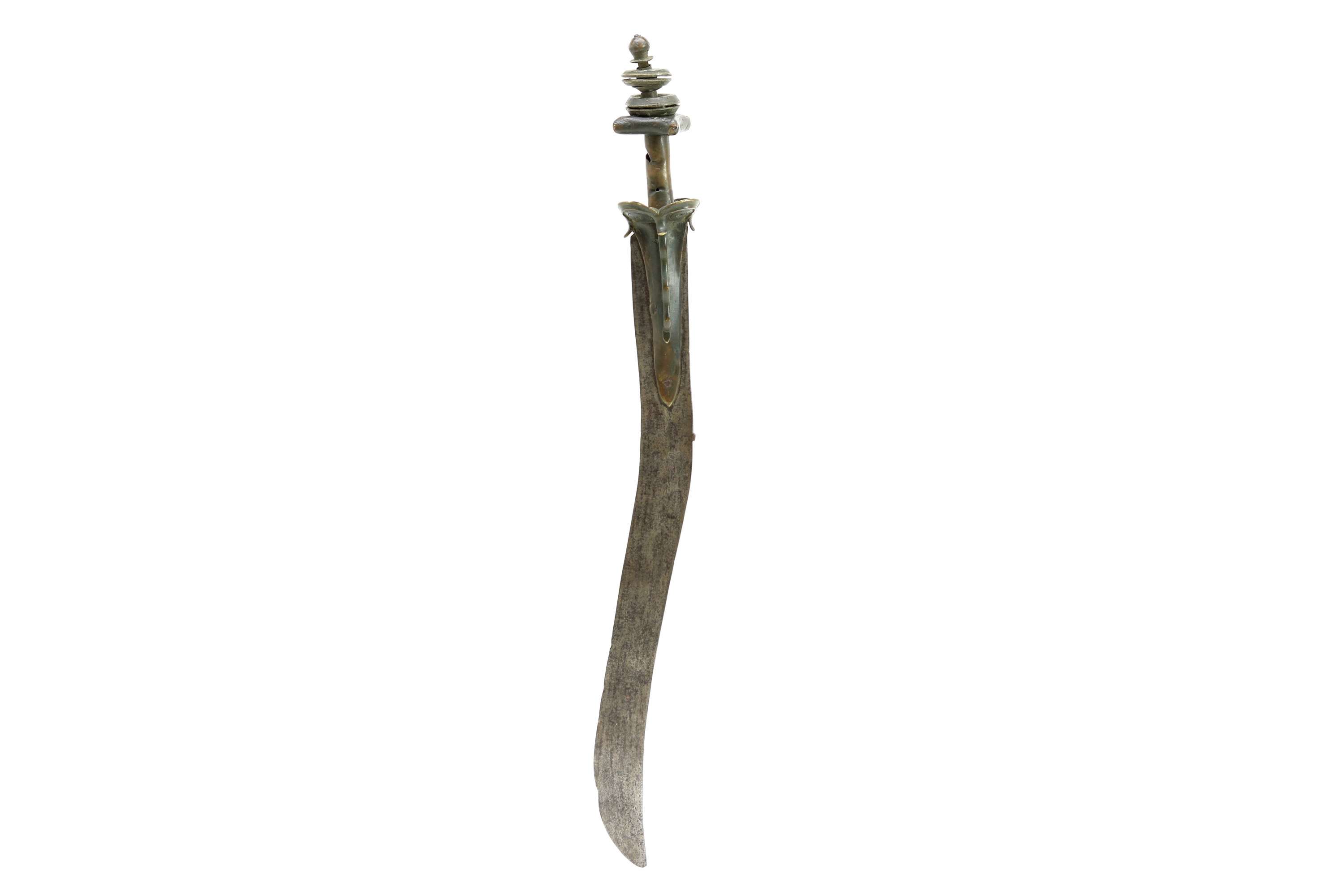